Often when you get phone call from a friend who doesn't regularly keep in touch, it's either because he wants to invite you to his wedding or is in some kind of financial crisis and needs to borrow money. But recently when my mobile rang and the incoming call showed the name of Oat, a fellow mountain biker who runs a resort and golf course in Prachin Buri, I knew right away it must be something exciting.

Oat told me that on his recent off-road car expedition in an area in Wang Nam Khieo, the part of Nakhon Ratchasima that is adjacent to Prachin Buri, he ran into an "unseen route" that I might wish to explore on a mountain bike. He also messaged me photos of his journey and a scenic lookout point overlooking the forested valley which the fire road runs through.

No doubt, I was stoked. Two days later, as soon as I got all my work done, I hurriedly hit the highway, headed to Wang Nam Khieo. To be more exact, my destination was Ban Bu Sai, the village that was the gateway to Oat's discovery.

From my scanning of the area through Google Earth, I found that the trail is pretty straight, running northward along the length of a narrow valley before finally climbing to the top of a cliff on the edge of the Korat Plateau. A spot on the cliff is the lookout point Oat told me about. Yes, it's that one you see in the main picture.

Another thing I noticed in Google Earth was that next to the target route there's a stream that flows in the middle of the valley down to a reservoir next to Ban Bu Sai. More important than that is the fact that there's another trail running along the other side of the stream, in parallel to the waterway and our initial route. That means it might be possible to ride to the cliff on the "west road" and back to Ban Bu Sai via the "east road"!

Now that I'm back from the survey trip I have for you, my dear readers, some good news: the loop does exist!

The west road, although unpaved, is relatively smooth and can be used even by normal cars, on the condition that the drivers have the skill to drive up steep ascent at the north end to reach the cliff top. At the point where the fire road crosses the stream before it climbs up the edge of the plateau, you have a good chance to find thousands of butterflies gathering on moist ground on the stream banks. The east road, however, has been reclaimed by nature in many parts.

There are also fallen trees along the way so it's not convenient even for a 4x4 vehicle. However, for a mountain bike, which you can carry over any unrideable obstacle, that is never a problem. It must have been quite a while since the last time any vehicle passed on this trail, so you have a good chance to run into wildfowl and other forest animals. Riding with a buddy or two would be a good idea.

A cool thing about this loop is that there are a number of points where the two fire roads are connected. So you can always come back to the west road whenever you don't feel comfortable continuing on the east road.

Well, see you here again next Thursday. Until then, if you have questions, news or biking insights you wish to share, please feel free to send an email to pongpetm@bangkokpost.co.th or alternatively you can go to Freewheel Bangkok community page on Facebook. 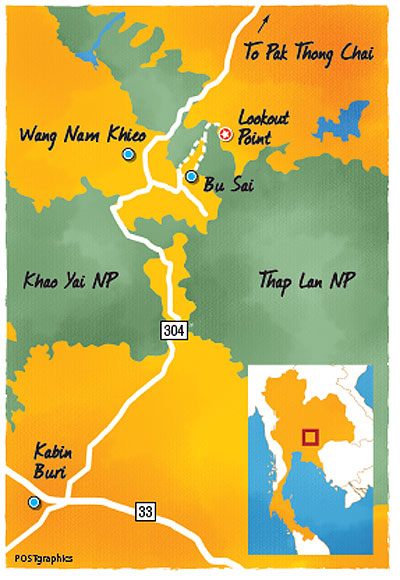 Distance: About 12 km from Ban Bu Sai to the lookout point on the highland, using the west road.

Getting there: Ban Bu Sai can be reached from Highway 304. Less than 4.5km south of Wang Nam Khieo, shift east onto the side road that leads to Wat Bu Phai (aka Wat Ban Rai 2). Follow the road for 3.7km and you'll find a three-way junction. Turn left and you'll soon reach Ban Bu Sai.

Parking: There are at least two resorts at Ban Bu Sai. You can leave your car there or at the village's namesake temple where there are structures built in a mix of Thai, Khmer and Indian styles.

Food & drinks: There's no shop along the trail. You'll need to bring your own supply.

What your family can enjoy while waiting: Unless they join you in the ride, there's nothing for them to do.

Accommodation: Apart from the two resorts at Ban Bu Sai, you can find many more in better-known parts of Wang Nam Khieo. 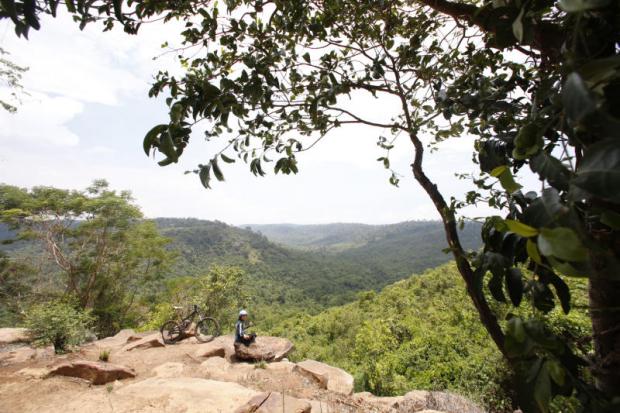 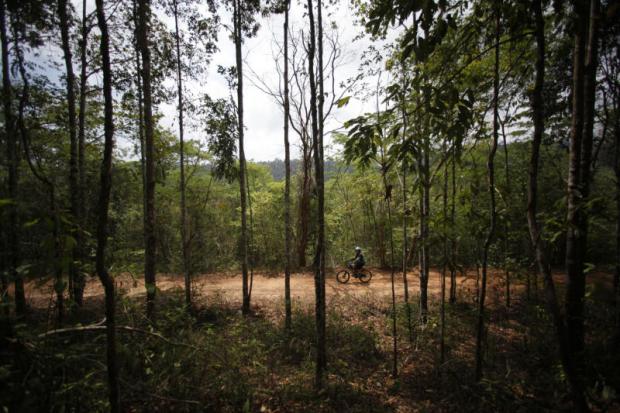 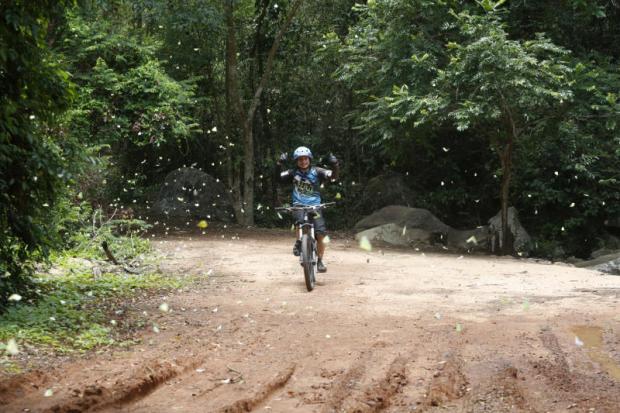 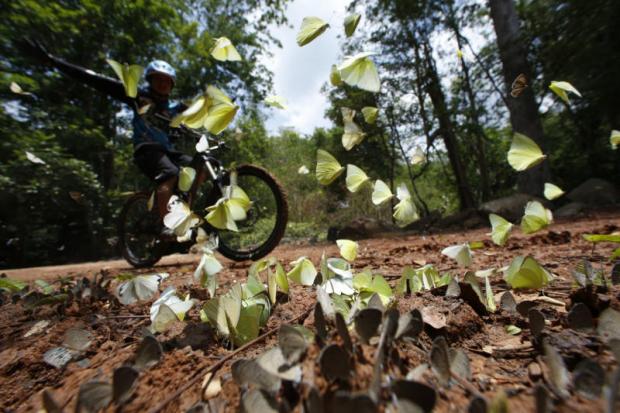 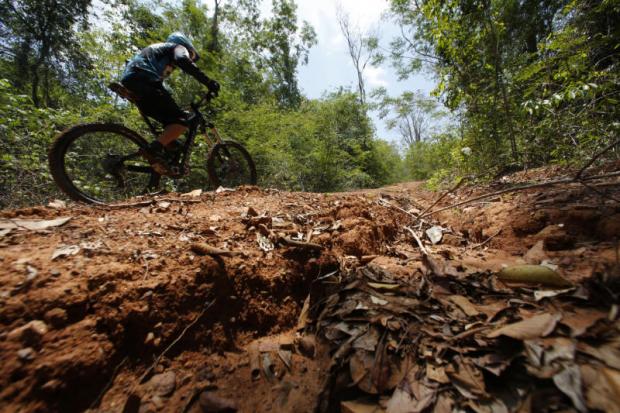 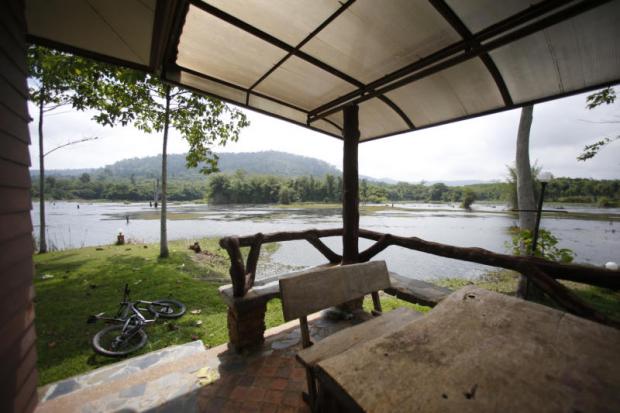