Jurassic Park vs the weekend warrior

How far have you ever travelled on your bicycle? Today let's go even farther. I'll take you all the way to the age of ancient reptiles.

One of Kingdom's most famous destinations for dinosaur enthusiasts, Phu Wiang National Park in Khon Kaen, was where fossilised bones of dinosaurs were found for the first time in Thailand 40 years ago. The area, which was designated a national park 15 years after the initial discovery, is made up of a mountain that, when seen from a bird's-eye view, has a big hole in the middle. 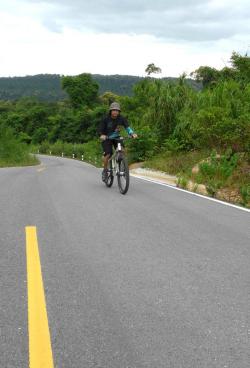 Circled by the mountain is a flat area that is the location of a district called Wiang Kao and its namesake town which is home to Phu Wiang Dinosaur Museum and Si Wiang Dinosaur Park. The latter, which sits close to the entrance to this naturally walled area, is a good place to start your bike ride.

At Si Wiang Dinosaur Park, you will find several life-size sculptures of dinosaurs including species found in the district such as the long-necked sauropod Phuwiangosaurus sirindhornae and the carnivorous Siamotyrannus isanensis and Siamosaurus suteethorni. These giants can move and roar if you put 10 baht coins into the slot of an electric box to activate them. Too bad that day I didn't have the right change so I couldn't try.

From the dinosaur park, the Phu Wiang Dinosaur Museum is about 9km away. This museum, one of the best of its kind in the country, is a great source of knowledge on the dinosaurs and other species that coexisted with the extinct reptiles during their heyday. There are also easy-to-understand exhibitions about the planet's geological history, as well as the overall universe. It's definitely a place to visit.

After finishing with the museum, it's time to move on to the national park, the headquarters of which is at the foothill to the north, about 12km away. From there, you'll be riding with more peace of mind because the mountain road is flanked by forest trees with little traffic. The climb is gradual and pleasant.

The park road takes you to the camping grounds up the hill, from where there are pathways to excavation sites where the dinosaur fossils were found. I saw no sign prohibiting bikes from these paths but trust me it's better to leave and lock your rig at the road. The path may look rideable at the beginning but soon it will take you to long stairs. Trust me, hauling your bike up and down those steps is no fun. Don't repeat my mistake.

On the mountain, there are a number of waterfalls and clifftop lookout points. At least one of them, Pha Chom Tawan, is easily accessible by bike. However, the view there, I must say, is not that nice.

At the far end of the park road, there is a nature study trail that takes you to more lookout points and a dinosaur footprint site. Built with the aim to allow visitors to enjoy and learn about the natural environment, the trail is meant for walking not for riding. Don't feel bad though because the ride back down the mountain will be fast and fun. Make sure you bring along some lights. At this time of year, it gets dark early, and the mountain road has no street light. 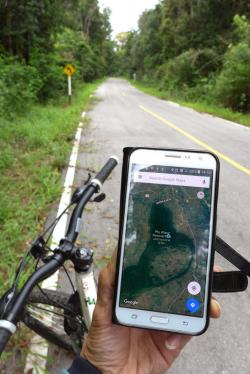 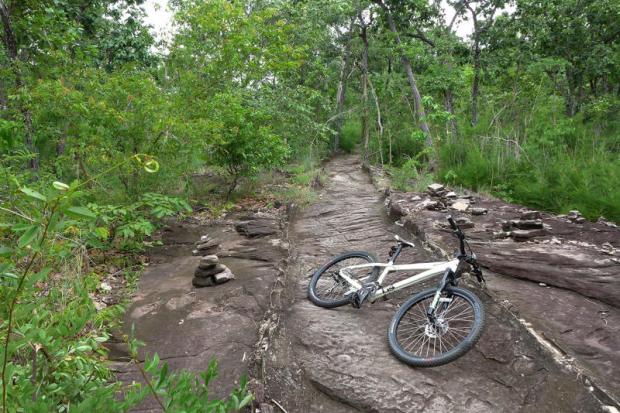 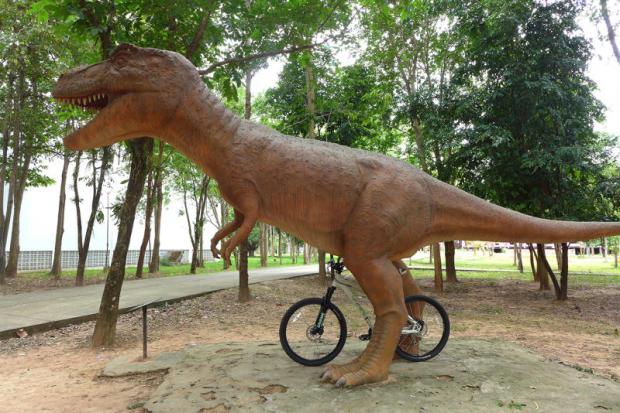 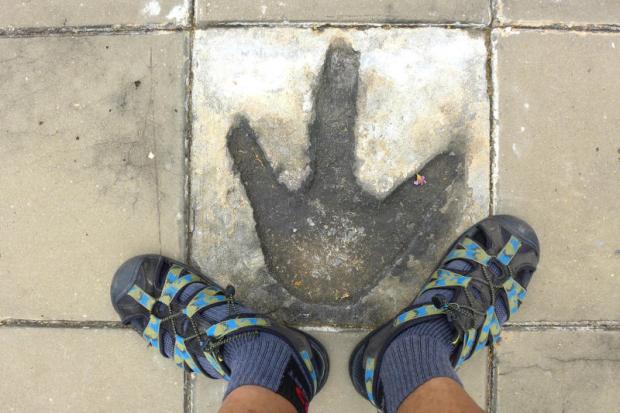 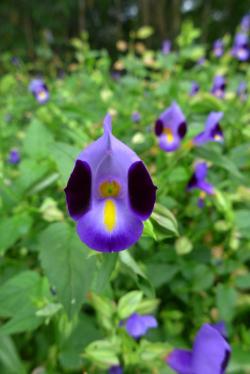 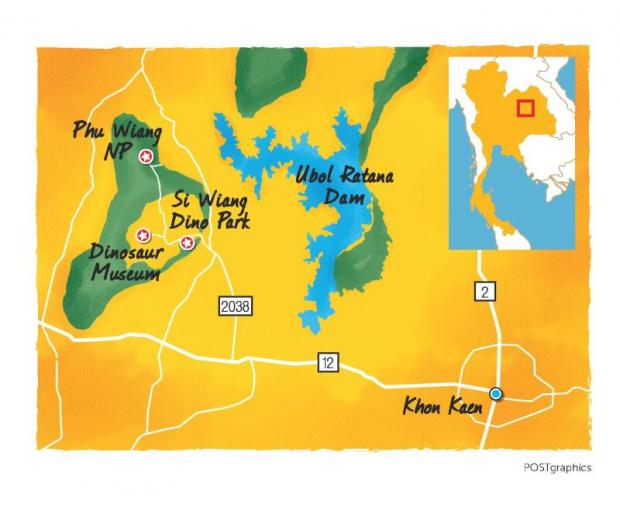 Distance: From Si Wiang Dinosaur Park to the museum, and to the end of the national park's access road, it's more than 30km. But you can start at the park headquarters at the foot of the hill if you only want to ride on the peaceful park road, which is about 12.5km long.

Getting there: From the city of Khon Kaen, drive westward on Highway 12 for 48km and you'll find Road 2038 which leads you into the town of Wiang Kao, from where you can continue to explore the dinosaur-related sites.

Parking: It depends on where you wish to start your bike ride, there are so many spots you can leave your car.

Food & drinks: In Wiang Kao there are many shops. But in the national park you are not likely to find any open unless you are there on the weekend. It's wise to prepare some supplies.

What your family can enjoy while waiting: Learn about the ancient reptiles and the paleo world they lived in at the dinosaur museum and at the excavation sites in the national park.

Accommodation: The national park offers simple bungalows and camping areas. If you prefer more comfortable hotels and resorts, they are available in and around Khon Kaen City not so far away. 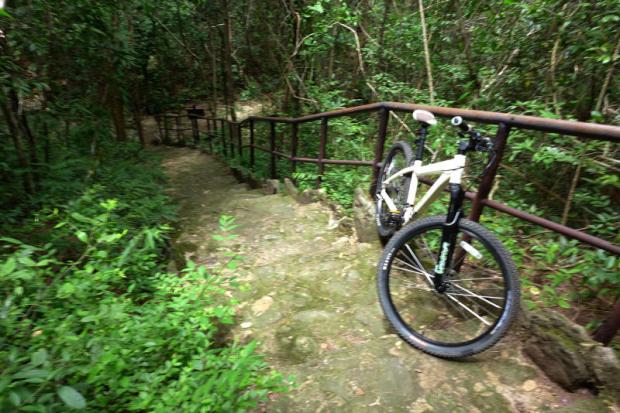