More than 40 years ago, Mae Hong Son did not have electricity, tap water or roads. It was remote from any modern development, but the province was not too far for His Majesty King Bhumibol Adulyadej to visit his people and initiate royal projects to help improve their lives.

The first rice bank in the country, for example, was initiated by the King in 1970 in Ban Pa Pae village in Mae Sariang district, about 160km south of the town of Mae Hong Son.

"I love the King. Because of His Majesty, our lives have changed for the better," said Sangla Primikha, the village head.

Ban Pa Pae is home to the Le Wuea hilltribe, which other people may call Lua and Lawa, said Sangla. Le Wuea in Ban Pa Pae are farmers and grow rice once a year for their own consumption. Since the village is in a valley surrounded by mountains, they grow rice in areas such as the rice terraces. In the past, they used vast stretches of land for farming because every year they moved from one plot of land to another, returning to the first plot after having left it for 10 years. This farm-rotation method dramatically reduced the area of green forest.

From 1956-65, the people could not grow enough rice to eat due to drought. They had to buy rice, and mix rice with other crop seeds such as corn, grains of sorghum (khao fang) and roots of wild yam (kloy).

During those years, American anthropologist Prof Peter Kunstadter conducted field research on the ethnic people in the village. He reported the problem of the villagers to Prince Bhisadej Rajani, a close-friend of King Bhumibol, and the president of the royal project for the development of hilltribes at the time.

When the King learned of the living conditions of the people in Ban Pa Pae, in 1970 he and Queen Sirikit visited the village by helicopter. Equipped with a map, His Majesty advised the villagers to save the remaining forest, especially on top of the mountains, as it was the source of their natural water. He also suggested the villagers set up a rice bank and gave them 20,000 baht as an initial investment.

"We have enough rice since we set up the rice bank and followed other advice of the King," he said. The royal project brought in agriculturists to help the villagers learn how to improve the soil in order to grow rice in one plot, and stopped the farm-rotating technique, which needed 10 plots of land for one family. The villagers also learned to plant many types of vegetables and fruits and sell them to the royal project.

"In the past, we did not know that forest, water and rice fields were all related. The King told us the forest was the main source of water so we must preserve the forest," he said. The villagers followed the teaching of the King, and so far they do not have a water-shortage problem. They can grow rice and other crops. They also raise pigs, chicken and fish.

"We have regular incomes and spend almost nothing to buy our food, as we have our own food supplies," he said.

Their Majesties visited the village five times between 1970 and 1981 to follow up on the royal initiatives. In 1979, a dirt road was cut to the village, and electricity was made available in the village in 1996.

At present, Ban Pa Pae has 94 families, and their produces is sold to the Mae Sariang Royal Project Development Centre. The village opened a homestay service this year.

The dirt road is now a concrete road, making it easier for tourists to visit the village all year round. One of the highlights is the view of rice terraces, green from August to September, which turn to golden terraces in October, said Somporn Panyachanalert, the president of the women's club for weaving cloth.

Visitors can also learn to cook local food such as sabueak kai (spicy minced chicken with herbs), nam phrik thua nao (spicy fermented soy beans) and yam bai bua bok (spicy fish with chopped pennywort). In addition, there is a small market where tourists can buy the dress of Le Wuea and cotton bags made by villagers.

About 25km north of Ban Pa Pae is Ban Huai Hom in Mae La Noi district. The village is home to the Pakakayor ethnic group and is known as the first community to raise sheep to produce woollen cloths.

In the past, the village was poor. Although they grew rice for their own consumption, some families did not have enough to eat, said Maliwan Nakrobphai, the community leader who is also president of Ban Huai Hom Weaving Group and the Coffee Processing Group of Ban Huai Hom.

They learned how to raise sheep and grow coffee trees with the support of a group of American missionaries who visited the village in 1957. The missionaries wanted to improve the villagers' living conditions and help them with medical care, education and farming.

Surrounded by rolling mountains, Ban Huai Hom, situated about 1,000m above sea level, has cool weather all year round. The weather helped the flourishing of Arabica coffee, which soon became a major source of income for the village.

But in the past, the village also had the problem of deforestation. Ban Huai Hom was also in the red zone, where ethnic groups in the North widely grew opium. Their Majesties visited the village in 1970 and saw the denuded mountains left behind by shifting cultivation. The King expressed concern over quality of life and extensive deforestation.

In 1978, Maliwan's father, Taloe, led the King into the forest to see a small stream called Huai Ba Khi.

"The King looked at his map and suggested we dig up three reservoirs to store water for our consumption, especially during the dry season," said Maliwan. Equipped with hoes, villagers spent about 10 years digging the reservoirs, still used for tap water.

The Mae La Noi Royal Project Development Centre was founded in 1980 to improve the living conditions of hilltribes, including villagers of Ban Huai Hom, by introducing highland crops. HM the Queen also helped improve the quality of sheep fleeces by introducing imported breeds.

Today, woven wool cloths are available at the development centre, other royal project centres in Mae Hong Son, and the Bang Sai Royal Folk Arts and Crafts Center in Ayutthaya, and are exported to many countries.

Ban Huai Hom also offers homestay services for visitors to learn how to create woollen yarn from sheep fleeces, taste their export-quality Huay Hom branded coffee and try local food. Those who love trekking can visit the reservoirs and taste organic ripe coffee berries from the trees in the forest.

The royal development projects still live on. The centre also plans to expand its coverage to support more hilltribe farmers

Mae Hong Son nowadays is no longer too far to reach. At last Ban Huai Hom and Ban Pa Pae have gradually developed into tourist destinations where visitors can learn the simple life of hilltribe farmers in a fresh and green laid-back environment. 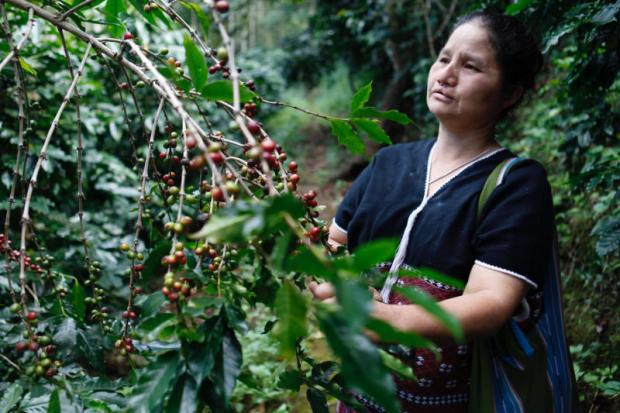 Maliwan Nakrobphai harvests ripe Arabica cherries in the forest along the walking trail to the reservoirs. KARNJANA KARNJANATAWE 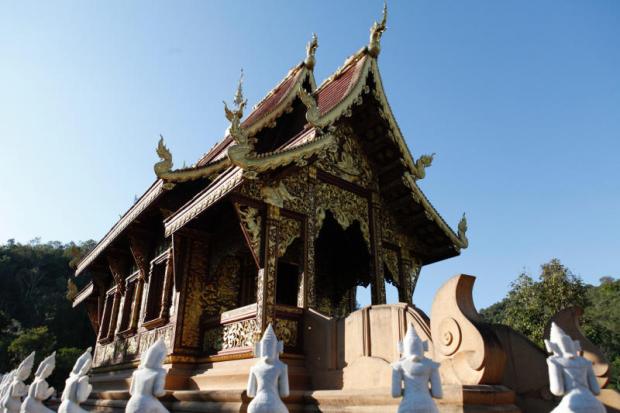 Wat Ban Pa Pae has a few monks living in the monastery. Half of the people in the village are Buddhist, while the rest are Christians. KARNJANA KARNJANATAWE 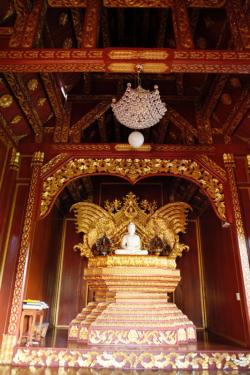 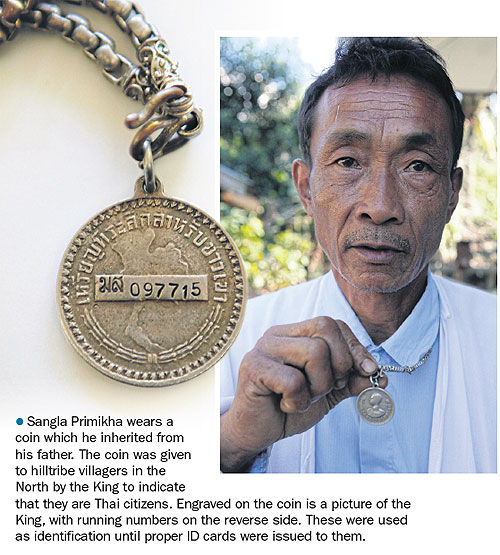 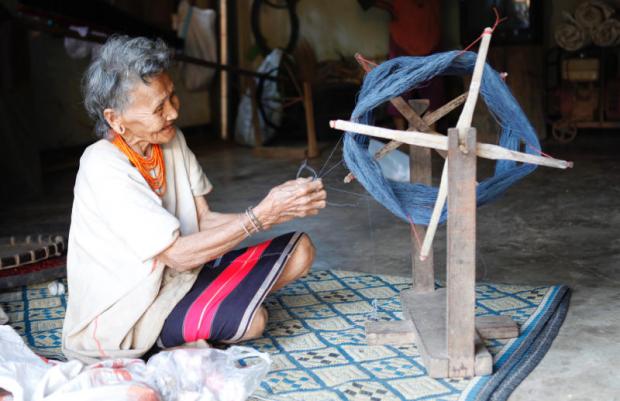 Le Wuea people still preserve their language and also learn Thai in the school initiated by the late Princess Mother. Many of the traditional wooden houses, on raised platforms, were changed to concrete houses after a big fire 40 years ago. KARNJANA KARNJANATAWE 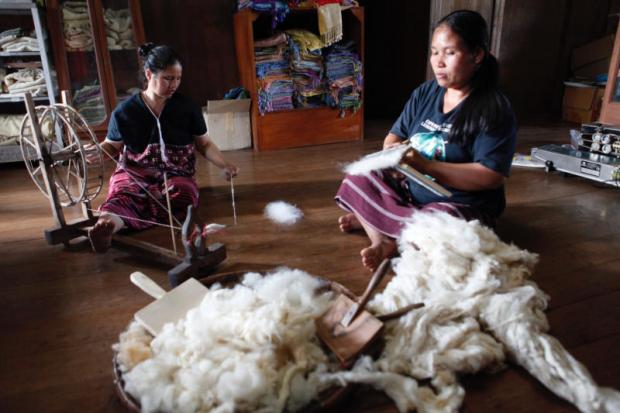 Ban Huai Hom has about 30 sheep to produce woollen cloth. The products, produced by more than 60 women, can be used for woollen scarves, shawls, knit caps, tablecloths and bedsheet covers. They also mix cotton with wool to create more patterns and colours. Their products have been certified as a five-star Otop product of Mae Hong Son. KARNJANA KARNJANATAWE 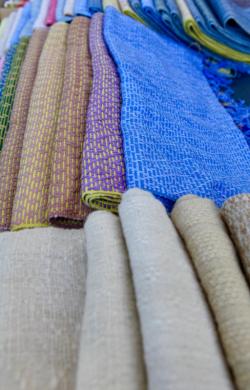 Manoon Raksachon has worked at the Mae La Noi Royal Project Development Centre since 1993. The project supplies seeds and also provides knowledge to villagers to grow many cool-climate vegetables and fruits. KARNJANA KARNJANATAWE 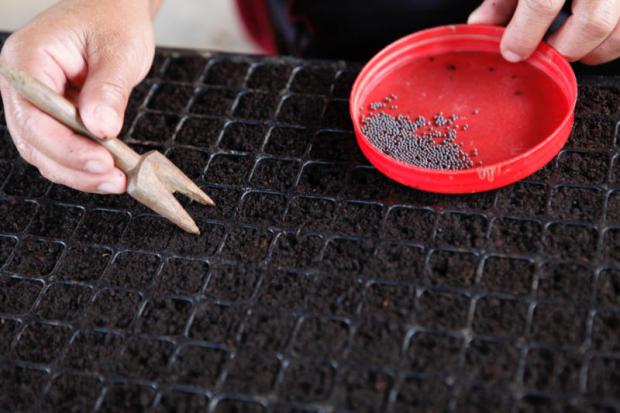 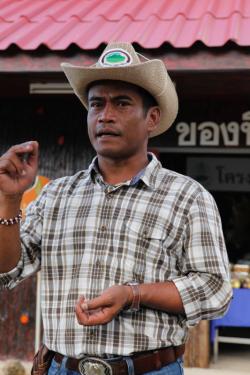 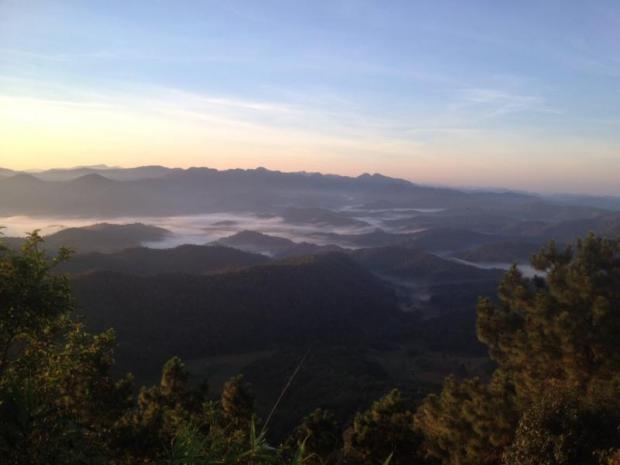 Located not far from Doi Mae U-Khor, Phu Chi Phoe is a new attraction of Khun Yuam district. Its vantage, at 1,818m above sea level, is the spot where visitors can see mist at the break of dawn. Phu Chi Phoe is located in the Mae Yod Water Resource Management Unit. Visitors need a 4x4 vehicle to reach its vantage point. Service charge is 800 baht for up to 10 passengers. Call 089-635-7078 or 061-529-2278. KARNJANA KARNJANATAWE 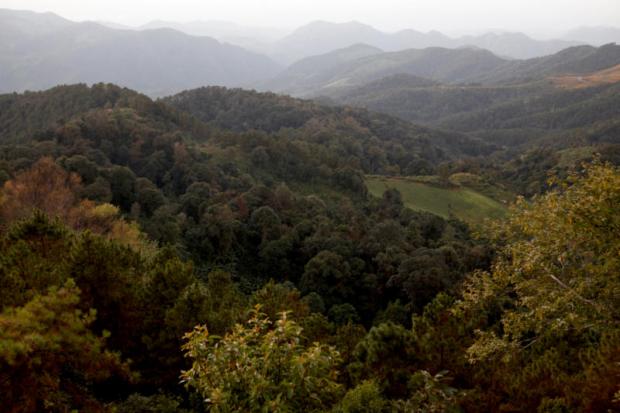 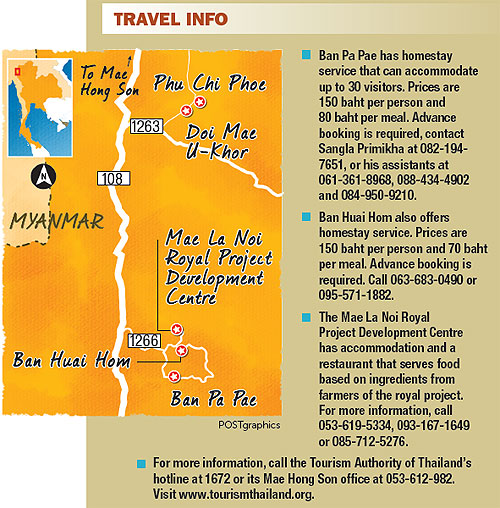