Visitors will also be able to witness the buang suang -- or invocation ritual -- and a colourful procession representing all six districts of this northeastern province to pay respect to deities and celestial beings. There is also a traditional northeastern dinner, cultural presentations and performances.

During the day, tourists can visit a model village, where a variety of souvenirs, local handicrafts and products is on sale. In the evening, there is a Phanom Rung Devalai light-and-sound show that illuminates the Khmer sanctuary and tells some of its stories.

From March 31 to April 2, the Tourism Authority of Thailand (TAT) Narathiwat Office will host the 6th Southern Thailand Tourism Fair at the Indoor Stadium Hua Mark, Bangkok. The aim is to boost tourism in the three southernmost provinces of Thailand: Narathiwat, Yala and Pattani.

The event introduces many cultural and historical attractions of the three provinces and neighbouring provinces, such as Satun and Songkhla, home to interesting attractions like Lipe and Tarutao Islands and Samila Cape.

Visitors can also buy special tour packages and enjoy cultural performances, including a likay hulu performance, the martial art silat, Malaya dances and a demonstration of a pengantin ("bride and groom" in Indonesian) wedding ceremony. They can shop for local products and try southern dishes.

In addition, there will be special talks on "Muslim Tourism And The Opportunities Of Thailand" as well as photo exhibitions.

From March 31 to April 1, the Sand Sculpture and Local Cuisine Festival @ Laem Mae Phim will be held at Mae Phim Cape in Rayong.

Hosted by the TAT Rayong Office, tambon Suthorn Phu and Rayong Tourism Business Association, the event will feature five large sand sculptures, including a 7x10m sculpture of the late HM King Bhumibol Adulyadej. There will also be other sculptures representing Rayong tourism attractions.

Other activities include the sale of local delicacies from 50 restaurants, folk performances, exhibitions by the Marine and Coastal Resources Research and Development Centre and the Eastern Gulf of Thailand, and a cooking contest.

From March 31 to April 2, the Koh Mak Low Carbon Lady Cycling Fest will take place on Mak Island off Trat province with the aim of raising public awareness of green areas, including Koh Mak as a low carbon island, and encourage people to explore the island's eco-friendly attractions and delicious seafood.

Women cyclists will enjoy a 17km ride around the island and other green activities. Participants will receive T-shirts and commemorative medals. 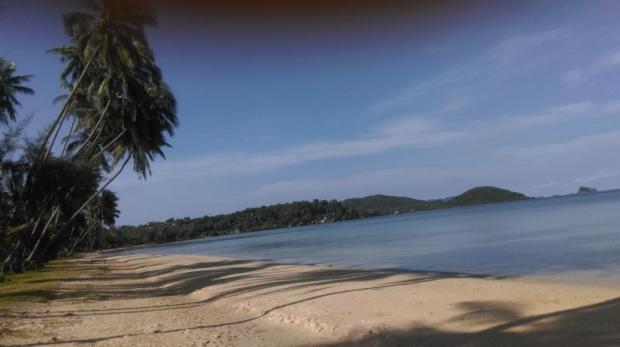