What I was seeing was so unreal. It was not a scene from Avatar but had pretty much the same effect on me. It was such an awesome sight that it was too good to be true.

In front of me was a huge mountain bike dirt jump park, well laid out and boasting more jumps than any I had seen so far. For the first time in this country, extreme MTB riders can hone their skills on a quality training ground like those enjoyed by BMX racers. 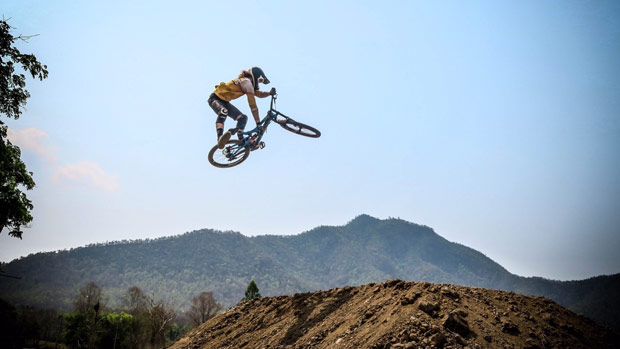 During my awestruck moment, a gust of wind that seemed to be a prelude to a freak storm hit the 10m-tall start ramp I was standing on, shaking the steel structure a bit but enough to force me to grab the railing. It was a strong reminder I wasn't daydreaming.

Actually, it had been quite a while that I had heard about this project called Chiang Mai Bike Park being built in Mae On east of the northern city. But it was last Saturday that I got to see it with my own eyes. 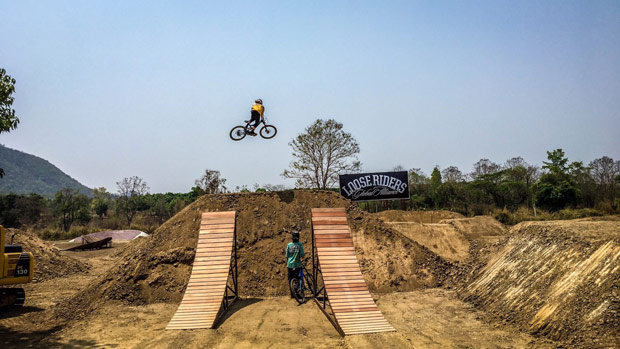 Looking down from one of the tall start ramps crowned with Thai-styled gabled roofs, I could see ride lines leading off and down each ramp via very steep slopes at different heights (5m, 8m and 10m) designed to send riders on full speed towards a series of jumps waiting on the lower ground. The 5m start leads the rider to smaller, safer jumps for beginners, while the taller start points allow advanced riders to shoot themselves down more difficult lines with larger, riskier jumps.

Under construction next to the jump park is a skill park where many man-made obstacles were being installed. Right next to the bike park, on another plot of land, is a resort with a balance bike centre for young children and a neat pump track. 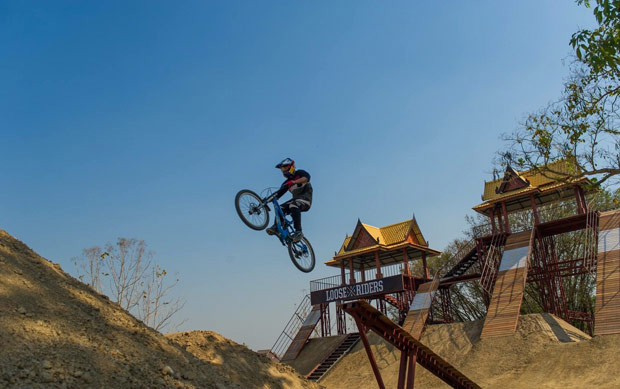 On the day I was there I met World Cup downhill racer Max Kruse, who flew there from Germany to refine the jumps and survey the surrounding wooded terrain to design XC and DH trails.

"When everything is completed, this park is going to be one of the best in the world," he told me. The pro biker had seen much more than an average rider, and from his strong passion, I knew he wasn't kidding. 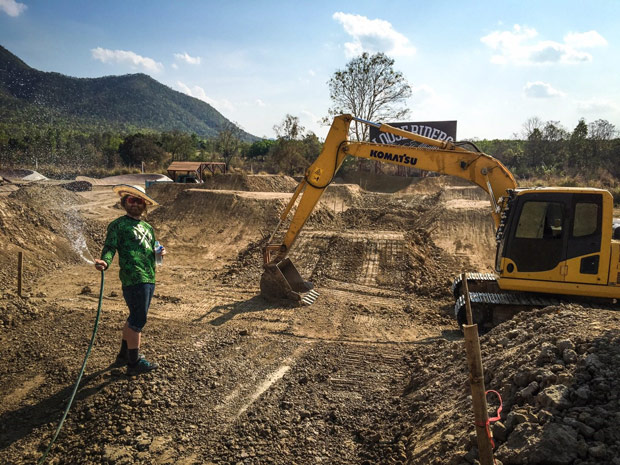 Strange but true, this awesome park, a materialisation of the dream that numerous Thai mountain bikers share, came to happen thanks to non-rider Kritsana Promraksa, or Mickie, a young entrepreneur who runs The Giant, that cafe built on a gigantic tree. One of Chiang Mai's most widely known coffee shops despite its remote location in the mountains, the cafe was famous not just for its beverages and beautiful natural surrounding but also for its efforts in supporting the well-being of the local villagers and promoting environmental awareness among them.

Asked what inspired him to build the bike park, he said, "It's because nobody has done it before."

I didn't ask exactly how much he had spent. Obviously on the land and the construction alone, it's already a lot. It's clear to me that Mickie is one badass entrepreneur. In return for his bold investment, he has received supports from mountain biker communities, especially the Loose Riders Global Alliance, which helped bring in Max Kruse and other professional riders to shape up the park.

The bike park's official opening and entry fees are yet to be announced but mountain bikers can now drop by to have a look or even to try the jumps that are now ready for use. 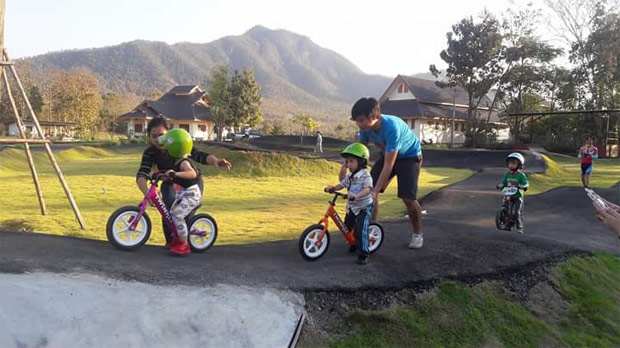 Getting there: From Chiang Mai, take either Road 1006 or Road 1317 to Mae On. The bike park and its neighbour Sabai Sabai Retreat, where the pump track is located, are a short drive from Mae On Hospital. There are a few turns to take but follow the provided coordinates and you should have no problem finding them.

Parking: There's lots of space at the bike park.

Food & drinks: The coffee shop at the bike park is still under construction but you can order from the resort.

What your family can enjoy while waiting: In case the children don't want to watch you jump, they can walk to the resort next door to try the pump track or the indoor balance bike centre, or join in the evening tae kwon do class led by Dan, the resort owner.

Accommodation: Sabai Sabai Retreat, which offers rooms and dorms is, of course, the nearest place to stay. But if you don't mind travelling, there are several other resorts in Mae On and nearby San Kamphaeng. Numerous options are available in the city which is about a 45-minute drive.

Local contact: Inquiries can be made via these Facebook pages: Bike Park Chiangmai and Pump Track Chiangmai. 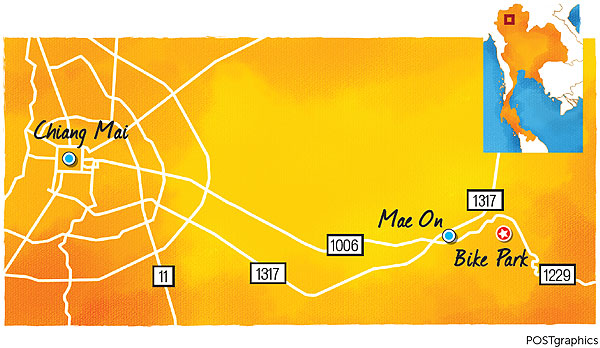