Not many people know that Phaya Mangrai, a great warrior king, had founded a few other cities before establishing Nopburi Sri Nakhon Ping (the present-day Chiang Mai) as the centre of the Lanna Empire. Evidence is clear in the cases of the Chiang Saen and Wiang Kum Kam ancient cities in Chiang Rai and Chiang Mai respectively. Traces of another ancient city, Fang, have been found in the forms of city walls, pottery and an inscription. The new discovery holds historical significance and is hoped to attract cultural tourists.

Located in a valley about 150km from Muang Chiang Mai and 840km from Bangkok is the town of Fang district. The remaining 660m-long stretch of the Fang city wall has been excavated and restored by the Seventh Regional Office of Fine Arts beginning last December. This part of the city wall and the moat are situated on the east side of the town. The two other remaining parts of the city wall are yet to be excavated.

The city wall restoration and city moat dredging project is due to be completed early next year. The project was inspired by the history of an important city in Lanna history both before and after the establishment of Chiang Mai as the capital of the Lanna Kingdom in 1296.

According to Lanna history, Fang was an important city on the Kok River Basin. Phaya Mangrai, the king of Hirunnakhon-ngoenyang on the Chiang Rai-Chiang Saen basin plain, successfully extended his power down onto the Chiang Mai-Lamphun basin plain. 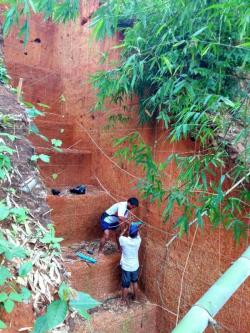 Chiang Mai local legends and the Yonok Chronicle say that after Phaya Mangrai built Chiang Rai city in 1263 and gathered towns on the Kok and Mekong river basins in 1278, he went to stay in Fang and used it as a stronghold to lead his army to attack and seize Chiang Khong and Thoeng towns. Hence, the boundary of Fang was expanded to reach Hariphunchai city. During his stay in Fang, he had his third son Khun Khrua. After the establishment of Nopburi Sri Nakhon Ping as the capital of the Lanna empire, Fang served as a commissariat in the east and was ruled by a bureaucrat holding the "muen" title. Fang was a military stronghold and a source of food supplies for Lanna throughout the 14th-17th centuries.

Before his victory over Hariphunchai city in the present-day Lamphun, Phaya Mangrai had stayed in what is now Fang in 1268. That city played a major role in politics and administration throughout the Lanna era and was ruled by either viceroys or leading bureaucrats deployed by Lanna monarchs. It was also a military strategic point and a source of rice and wild products.

"Only 30-40% of the entire city wall remains, but its grandeur reflects the importance of this town," Fine Arts Department director-general Anandha Chuchoti said. "I ordered the Seventh Regional Office of Fine Arts to study ancient documents to find the name of an older town that had stood where Fang was later built. That town must have been an important city in the Lanna empire before King Mangrai moved the centre of the empire to Wiang Kum Kam in 1286 and later Chiang Mai. So, it must have been a base for laying the foundation of Wiang Kum Kam."

The archaeological excavation found the Fang city wall to be made of soil. The side facing the inside of the town is covered with bricks. The old city moat is narrow in the north and getting wider in the south, indicating that water flows from north to south.

Saiklang Jindasu, senior archaeologist of the Seventh Regional Office of Fine Arts, said the discovery of fragments of pottery from San Kamphaeng Kiln in Chiang Mai and Wiang Bua Kiln in Phayao as well as porcelain from the times of the Ming Dynasty helps date the city wall to the middle of the Lanna Period around the 15th-16th centuries. The team is waiting for the results of a thermoluminescence (TL) test that will help determine when the town was established.

According to Anandha, the city wall will be restored and conserved and the moat will be cleaned.

"The current community was built partially on the old city moat, which could have been as wide as 30-40m originally. We hope local people will collaborate with us to develop the area. Basically, the restoration will be done best without causing trouble to the villagers," the director-general said.

Supoht Prommanot, director of the Seventh Regional Office of Fine Arts Office, added that local villagers have been co-operative and interested in the restoration work, so the office will encourage them to realise the importance of the city wall.

"The place will be conserved for the good of cultural heritage. It may be developed to be a tourist attraction later," Anandha said.

Certain visitors may feel that a long trip to Fang just to see the 660m section of the old city wall is not enough. Therefore, tourists may want to visit Doi Ang Khang, a temperate fruit and flower paradise in Fang, and several natural attractions in Chiang Dao district on the way to Fang as well. 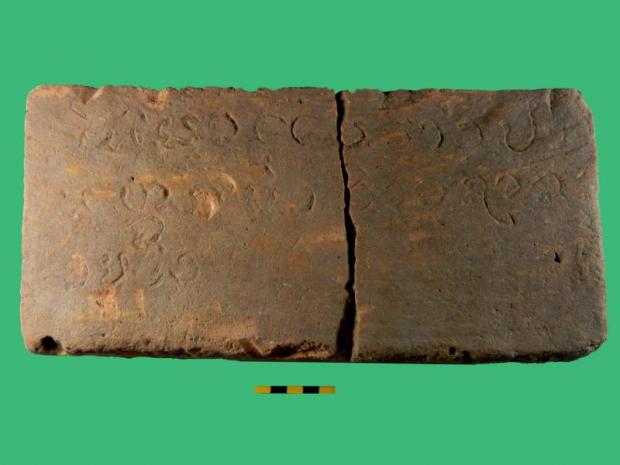 An inscription of Lanna dhamma letters was unearthed and is yet to be translated. 7th Regional Office of Fine Arts

A fragment of pottery from San Kamphaeng Kiln in Chiang Mai and Wiang Bua Kiln in Phayao. 7th Regional Office of Fine Arts