To mark Asarnha Bucha and Khao Phansa days, special activities will be held at a number of Buddhist temples in Bangkok from Saturday to Monday.

Asarnha Bucha commemorates the full moon day of the eighth lunar month when the Buddha delivered his first sermon to the first five disciples, while Wan Khao Phansa, the first day of Buddhist lent, falls a day after Asarnha Bucha.

Buddhist lent was initiated about 2,600 years ago when the Buddha prohibited monks from travelling and staying overnight outside their temples during the monsoons to prevent them from stepping on growing rice, plants and animals. During the three-month lent, monks must stay at their temples and strictly observe dhamma, while Buddhists make merit by presenting saffron robes and candles to monks.

On the weekend, the floral merit-making and duen thian (candle procession) will take place at Wat Ratchabophit with aim to encourage Buddhists to conserve the lent-related traditions and boost the stability of Buddhism.

On Asarnha Bucha, the circumambulation ceremony will be performed around the ordination hall every hour from 9am-8pm.

On Khao Phansa, Buddhists will present flowers to monks by placing the flowers in their alms bowls at 5pm.

From Saturday to Aug 31, the Tourism Authority of Thailand (TAT) and the Bangkok Mass Transit Authority (BMTA) will provide free bus trips around Rattanakosin Island to 11 Buddhist temples, which house and used to house the Thai supreme patriarchs.

The trips are free, but participants must pay ferry fare from Tha Chang pier to Wat Rakhang.

On Sept 3, the "Pattaya Marathon 2017" will take place on a beautiful route that starts and finishes at Central Festival Pattaya Beach department store. The route runs alongside Jomtien Beach past Bali Hai Pier and a 2km uphill slope towards Khao Phra Tamnak and Beach Road.

Visit www.facebook.com/Pattaya-Marathon or call the TAT Pattaya Office on 038-427-667. 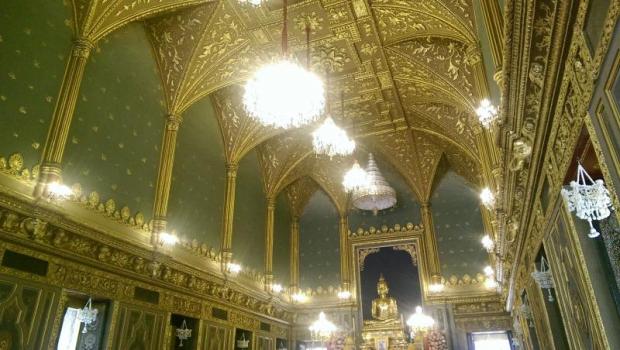