Moving to the beats of modern China

Celine Dion's My Heart Will Go On was playing loudly on a large walkway at Xiangyang Park in Shanghai, the financial hub of China. A group of elderly Chinese ladies, wearing their high-heel shoes, danced in pairs like they were preparing for a contest.

Next to them was another larger group of seniors, moving to the beats of the cha-cha. They had their own rhythm. The park was their ballroom.

Like other public parks in the city, Xiangyang Park was full of people this particular Sunday. Some played badminton and mahjong, while children rode scooters and bicycles. Although known for its lack of green spaces, I find it easier to find public parks in this 23 million populated metropolis than in Bangkok.

In addition, there are many trees along the streets, as well as tall and weirdly-designed buildings, like the boot-shaped tower featuring a luxury shopping mall and office space. On footpaths of major streets, it is also easier to find bicycles for rent.

The service is provided by bike-sharing companies: Mobike and Ofo. Mobike offers orange bicycles and its rival Ofo has yellow bicycles. To rent a bicycle, you need to download their apps, register for the service and pay a deposit of 299 yuan (1,495 baht) for Mobike and 99 yuan (495 baht) for Ofo. Service charges are 1 yuan (5 baht) for half an hour for Mobike and 1 yuan per hour for Ofo.

When you want to ride a bike, scan the QR code printed on the bicycle lock via your mobile phone, said Numpueng Pinyodoonyachet, an assistant to the culture consul of the Royal Thai Consulate-General in Shanghai.

The good thing about the service is a rider can park and leave the bicycle anywhere. QR codes also make it easier for e-payment of goods and services, including the subway, public buses, a cup of coffee or online shopping.

"Mobile payment is very convenient and easy. I don't have to have much cash or coins in my pocket," Numpueng said.

Travelling in Shanghai is also easy with the subway. The service links to many major attractions such as the Bund, which is known as the symbol of Shanghai. The 1.5km-long waterfront boardwalk is where visitors can enjoy views of Huangpu River, colonial buildings and skyscrapers.

If you want to tour the city, try the hop-on-hop-off city buses. The double-decker buses offer an audio guide in eight languages and can be boarded at Shanghai Urban Planning Exhibition Centre in People's Square.

Each gallery has brief information on English leaflets for visitors to get an idea of each room, such as the stone statue of Sakyamuni (550-557AD) depicting the Buddha sitting cross-legged on a lotus stand or a painting of Song Emperor Zhao Ji in the 11th century or the ancient pendant jade with a carved phoenix (3000-1900 BC).

The Yu Garden or Yuyuan Garden is an old garden built in the 16th century by Pan Yunduan, the governor of Sichuan. He wanted to build a leisure place for his parents, but the garden and buildings were destroyed in the Opium War of the mid-19th century. It was renovated and opened to the public in 1961.

Yuyuan Garden is surrounded by a large bazaar where shops are built in the old Chinese-architectural style to blend in with the ambience. Inside, there are many pavilions and rock gardens. The highlights of the garden are classical Chinese architecture and decorations inside each hall. There are also stone-carved decorations such as a dragon lying on a wall, sculptures of Chinese warriors on roofs and weirdly shaped rock formations, including the famous Jade Rock which is 3.3m tall. There is also a pond where visitors can feed fish.

A trip to Shanghai is incomplete without Shanghainese cuisine. One of the recommended dishes by the team of the Royal Thai Consulate-General in Shanghai is xiao long bao or soup dumplings. Though traditionally the dumplings are small, in a few street stalls, such as those in Yuyuan Bazaar, they come in a big size and are accompanied by a straw for customers to drink the hot soup filling.

Shanghainese food is not spicy, though it is oily. Stewed pork leg, red pork in sauce, steamed fish and roasted goose are must-trys. A big bowl of frog congee was odourless and if there was no small bones in the meat, I would have thought it was either chicken or fish. Somehow frog congee tasted better than seafood congee.

For those who have a sweet tooth, dessert choices are plentiful. Recommended by the Thai Consul-General Parichat Luepaiboolphan are the Chinese red dates stuffed with glutinous rice. The snack is one of her favourites and later became mine, too. The taste is mildly sweet and the dessert has a texture of a sticky rice ball, much like chewing Japanese dango.

I spent the rest of the afternoon sitting in Xiangyang Park under the shade of trees, eating my Chinese red dates with glutinous rice and watching people dance. Soon, I began humming "my heart will go on and on". 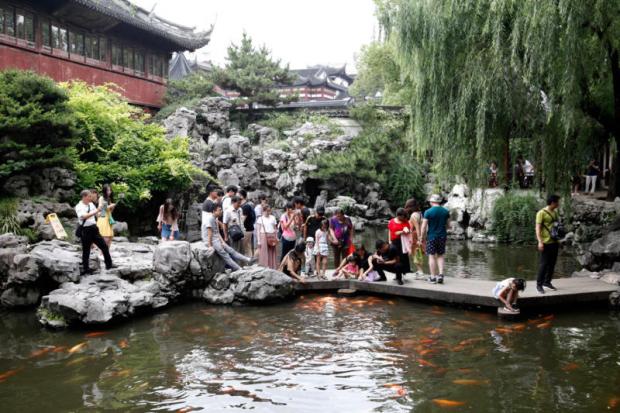 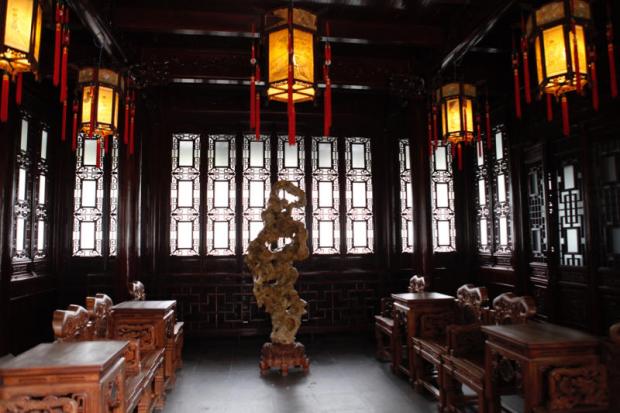 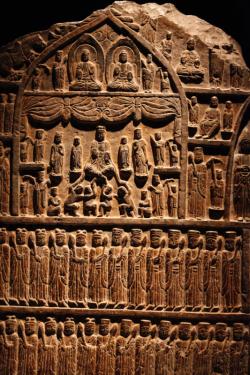 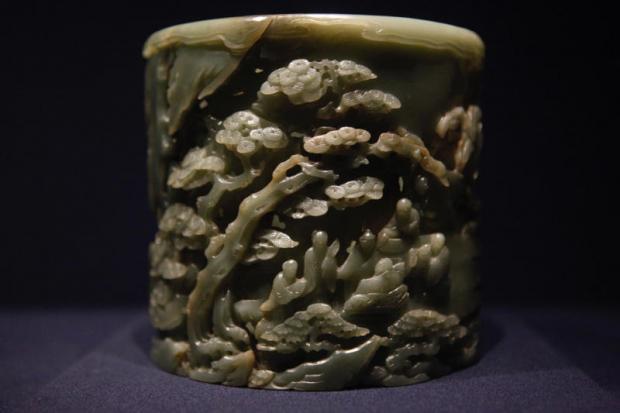 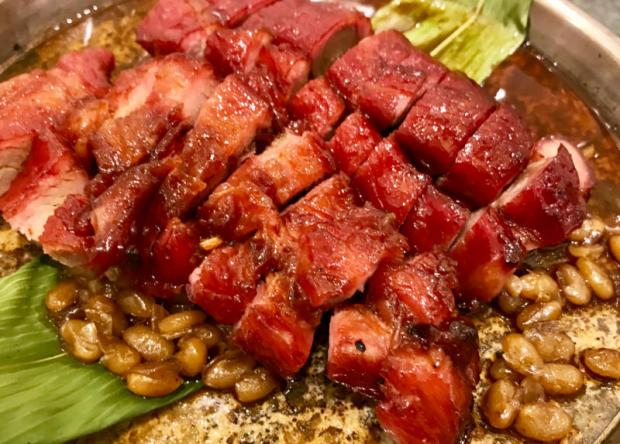