A tale of two canals
Travel

A tale of two canals

A melting pot of Buddhist and Muslim cultures, Klong Phra Khanong and Klong Prawet Burirom are a beautiful mix of the natural and supernatural

published : 7 Sep 2017 at 04:00
newspaper section: Life
writer: Pichaya Svasti
Wat Mahabutr was built in the late Ayutthaya period. Formerly named Sambutr after a monk who restored it, the temple is better known as Wat Mae Nak Phra Khanong since it houses the shrine of Mae Nak, one of the country’s most infamous ghosts. Worshippers wish for good fortune on the night before the government lottery results come out. Most worshippers make offerings of traditional costumes and cosmetics for the spirit of Mae Nak and clothes and toys for the spirit of her child. In addition, young men who do not want to become military conscripts ask Mae Nak to help them to get ‘black ballots’ (exemptions from military service) during the conscription process. Obtaining a ‘red ballot’ means conscription. Visitors to Wat Mahabutr should enter its sala kan parian (multi-purposed pavilion) where Mae Nak chased and scared monks and novices, according to local legend.

Though the old way of life and nature in the heart of Bangkok is a rare sight, not far from BTS Phra Khanong is a small pier where one can board passenger boats or hire long-tailed boats to travel to several religious and cultural attractions along two canals -- Klong Phra Khanong and Klong Prawet Burirom.

Where Buddhist and Muslim cultures exist in harmony, the 10km Klong Phra Khanong is a zigzagging natural waterway that links Nong Bon Canal and the Chao Phraya River. It was widened by workers under the supervision of Phraya Sriphiphat (Thas Bunnag) between 1837-1840, during the reign of King Rama III.

The 46km Klong Prawet Burirom in Lat Krabang, crisscrossed by more than 60 canals, was dug on the order of King Chulalongkorn (Rama V). The digging was directed by the Chao Phraya Surawongwaiyawat (Vorn Bunnag) in 1878-1880 to connect Klong Phra Khanong, Klong Dan and the Bang Pakong River, which flows through Chachoengsao province.

"The first part of Klong Phra Khanong is in Suan Luang district. Suan Luang means 'royal gardens' set for growing rice as food supplies for wars. The area near Wat Mahabutr was once a centre of trade and transport. Opposite Wat Mahabutr is an old rice mill reflecting the importance of both sides of Klong Phra Khanong, which were full of rice fields," said Rapeepat Ketkosol, chief of the Tourism Development Subdivision of the Bangkok Metropolitan Administration (BMA). 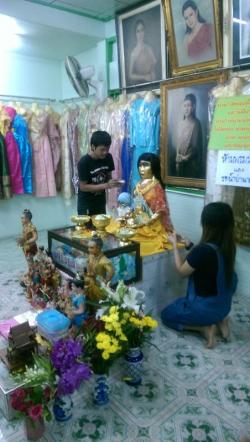 According to Rapeepat, Phra Khanong was previously in the jurisdiction of Muang Nakhon Khuan Khan or Phra Pradaeng, until the reign of King Rama VII when it was merged into Bangkok, while Phra Pradaeng became part of Samut Prakan province.

Wat Mahabutr is surrounded by many trees and it feels like one is in the provinces. This area was previously important because the Phra Khanong District Office was next to the temple during the reign of King Rama VI. The office was relocated to its current location in 1927, following the construction of Sukhumvit Road.

Many Thais feel familiar with the name of the temple since it is where one of the country's most famous ghost stories -- "Mae Nak Phra Khanong" -- is set. Many Thais believe this local legend is true and visit the temple to pay respects to the spirit of Mae Nak, who died during childbirth while her husband was serving in the army.

From Wat Mahabutr it is 10 minutes to Wat Yang via the klong. On the way, old houses and various kinds of trees, including napa palms usually found in brackish water in rural areas, mesmerise. Wat Yang was restored by Lao migrants. It is well-known for its principal Buddha statue Luang Phor To and a "condominium-style cemetery".

On a big curve of the canal is Al Kubror Mosque, the first mosque in Suan Luang district built in the reign of King Rama I by Muslim settlers. According to community leader Saipin Darachai, the early settlers were descendants of war prisoners from Pattani who were brought to the Central Plains during the Ayutthaya period. Some of the warriors were brought here to farm the land while the captured royals were sent to Ayutthaya to ensure they were under close scrutiny.

Apart from visiting the mosque and talking to villagers about local history and their way of life, visitors should try delicious chicken biryani (khao mok kai) and buy herbal shampoo and conditioner made by local women. Behind the mosque is a cattle ranch. In the past, many Muslims in this area made a living raising cattle.

Half-an-hour downstream took us to the more-than-a-century-old Ban Thang Khwai Mosque on the south side of Klong Prawet Burirom. This was named after the path, which was frequented by buffaloes in this former rice farming community.

Wat Krathoom Sua Pla, also along Klong Phra Khanong, boasts two museums displaying Buddha statues in 80 different postures and wax figures of more than 10 highly revered monks. Early settlers near the temple and the nearby Wat Khom were prisoners of war from Cambodia, leading to the assimilation of Thai and Khmer culture and art in the area.

To promote tourism along Klong Phra Khanong and Klong Prawet Burirom, local community groups have been working to organise and co-ordinate tours continually. The BMA's tourism division has been supporting the groups by coaching them to become local guides and learn from other communities and direct experiences. It also plans to organise seminars and talks to encourage locals to do research about local history. 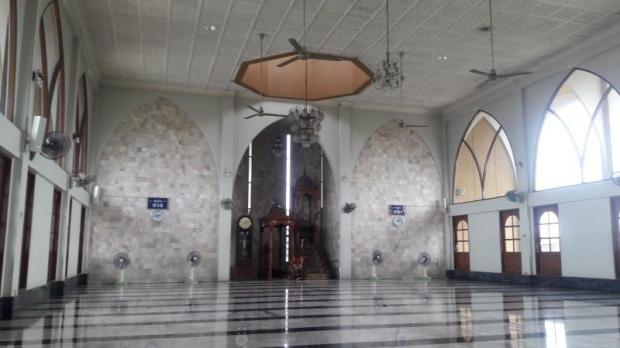 Al Kubror Mosque was established in the reign of King Rama I around 1789 by a group of Muslims who first called it 'Surao Yai' (big mosque). The original mosque was made of wood in a traditional Islamic style and later rebuilt in a gingerbread house-style around the reign of King Rama V. Unfortunately, the mosque became overcrowded and had to be demolished and replaced by a big brick building with a dome. Those wanting to know how beautiful the old gingerbread house-style mosque was can see from a remaining pavilion near the pier. Pichaya Svasti 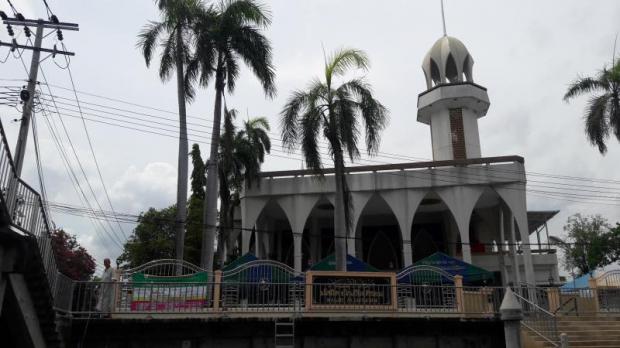 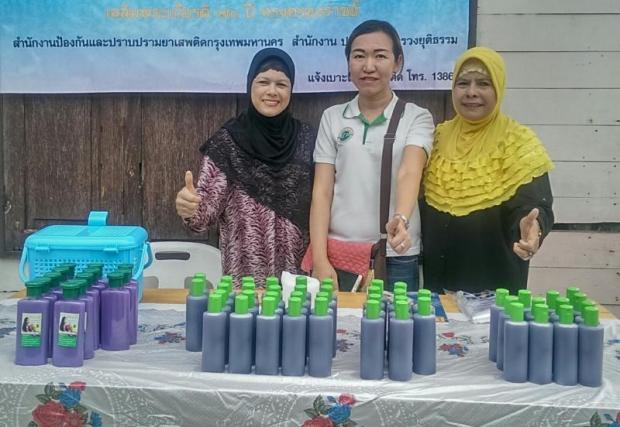 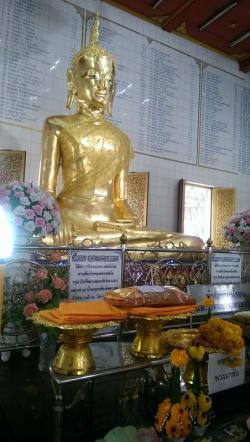 Wat Yang had existed long before Lao migrants settled down around the temple during the early Rattanakosin period. It was named 'yang' meaning stop because its principal Buddha image Luang Phor To, a carved wooden Buddha statue in the Subduing the Mara posture, floated on Klong Phra Khanong and stopped near the temple pier. However, the word was later distorted to yang meaning rubber. Luang Phor To is highly revered and well-known for predicting the future correctly. To obtain a prediction, a worshipper must toss two wooden sticks on the floor and make a wish. Another must-see is a condo-style cemetery. Some of the units are decorated as if they were real homes. Pichaya Svasti 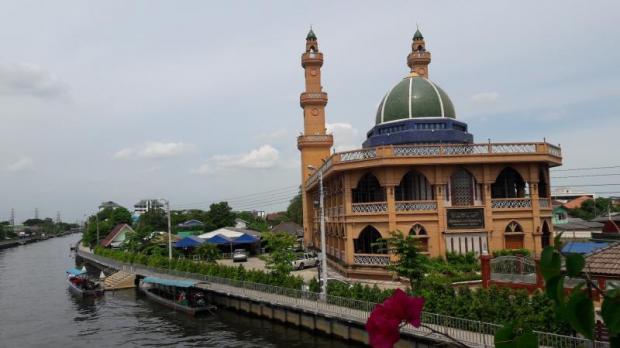 Ban Thang Khwai Mosque or Yami Ul Ibadah is by Klong Prawet Burirom in a century-old Muslim community where rice farming is a main occupation. Rice farmers used water buffaloes to plough the fields and they are often seen in the area. The first mosque was built more than 100 years ago and later rebuilt in 1949 in a Malay art style from Kelantan state. The current building was built in 1999 and is outstanding for its beautifully carved gold teak ceilings in traditional Thai fashion on both floors. Pichaya Svasti 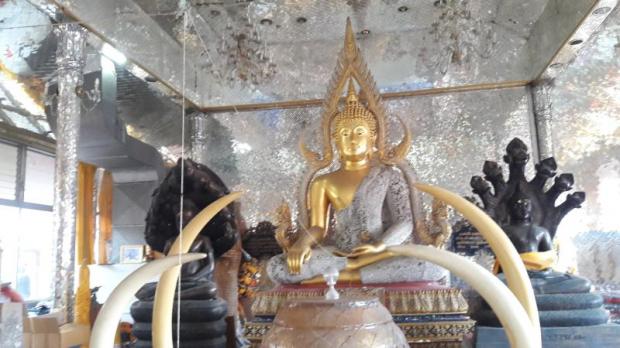 Built in 1802 in the reign of King Rama III after a Siamese-Khmer war, Wat Krathoom Sua Pla is on the north side of Klong Phra Khanong. The area was once full of krathoom (Mitrayna korth) trees and sua pla (fishing cats). The temple's major Buddha statue Luang Phor Phet was built in 1772 and is an imitation of the Sukhothai-style Phra Buddha Shinnarat in Phitsanulok province. It was later decorated with a huge robe embroidered with thousands of artificial diamonds. Pichaya Svasti 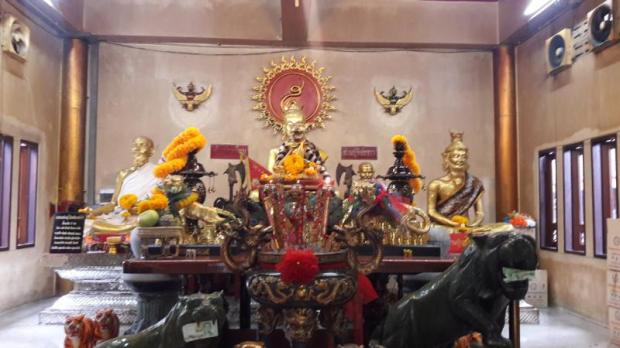 Visitors should visit the 'Buddha Statues In 80 Postures Museum' inside a traditional wooden sala kan parian in Wat Krathoom Sua Pla. Aimed at telling the Lord Buddha's life, the museum displays 80 different Buddha statues. Some of the postures are rare to find, such as the Buddha taking care of a sick monk and the Buddha meeting the Hindu god Brahma. Each statue was built by Singaporean Buddhists who visit the temple regularly to pay respects to Buddha statues and also visit the nearby Tiger God Shrine. Pichaya Svasti 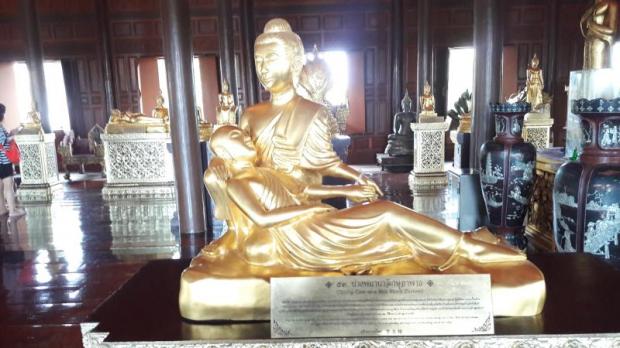 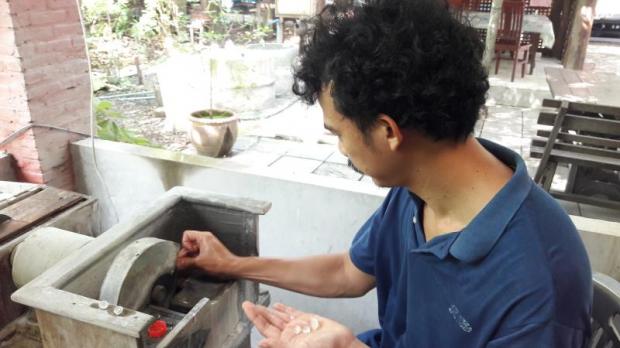 Ban Jiaranai Ploy, or Gem Cutting Home, was established about three decades ago by local villagers led by Suradej Wangcharoen. The founders inherited gem-cutting skills from their Persian ancestors and have earned a living by cutting gems for sale and export. Since 1987, Suradej has been teaching the art to local children free of charge to ensure they will have jobs and refrain from drug abuse and crime. Pichaya Svasti 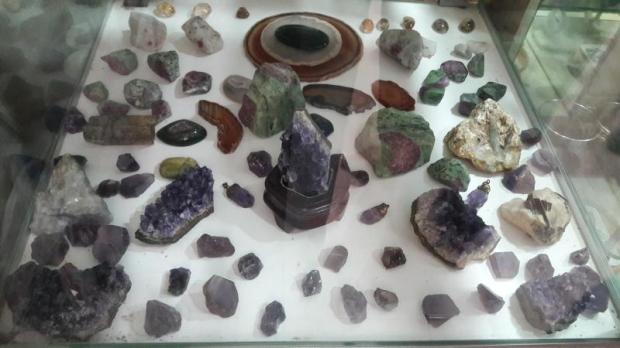 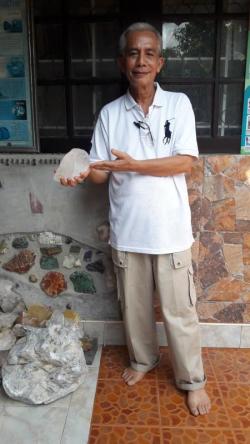 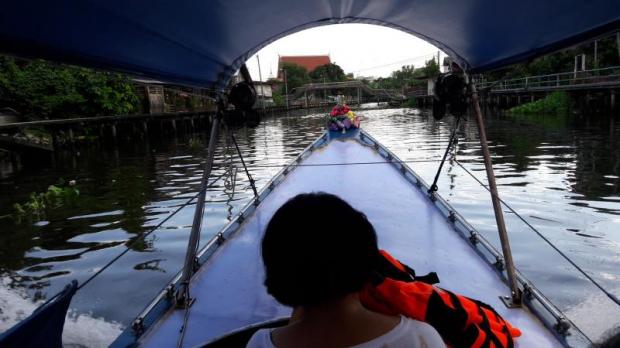 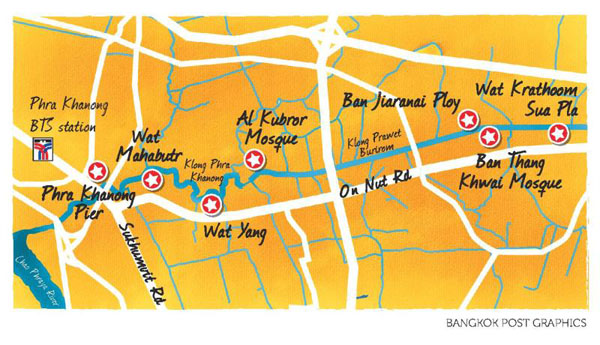