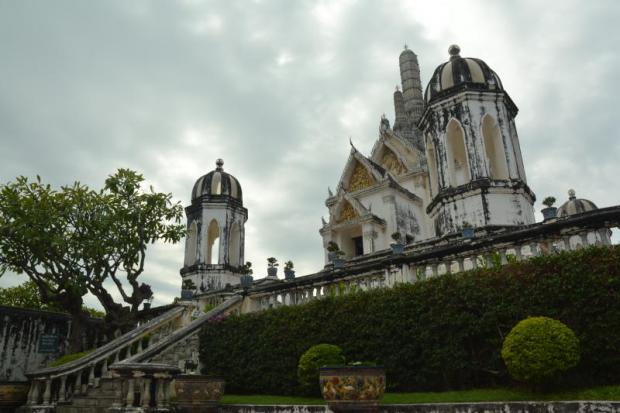 The annual event is organised to honour King Rama IV, and marks the 159th anniversary of Phra Nakhon Khiri, his summer palace. It will promote tourism in the province, especially Phra Nakhon Khiri National Museum.

On Feb 9, the opening ceremony will begin at about 4pm with cultural parades from the province's eight districts.

Visitors can enter the compound of Phra Nakhon Khiri to watch fireworks and the palace's illuminated areas, including Wat Phra Kaew Noi and Phra That Chom Phet, the main pagoda, every night throughout the event.

On the grounds of the museum, visitors will be able to observe the making of stucco art in the shape of mystical animals, see a display of the Thai Song Dam ethnic people's lifestyle, and enjoy classical music, art and crafts and cultural performances, including a nang talung shadow play.

At the King Rama IV Memorial Park at the foot of the hill, there will be a demonstration of local craft making and cooking, concerts, Thai dances, a community tourism fair, a local food and product fair and an exhibition on sufficiency economy.

Visitors are encouraged to wear traditional costumes to the fair and post their photos on the Facebook page of TAT Phetchaburi for a contest in which winners will get awards.

Contact the Tourism Authority of Thailand (TAT)'s Phetchaburi Office via facebook.com/tatphetfanpage or at 032-471-005/6.

Remembering the past in Lop Buri

From Feb 10-18, the TAT's Lop Buri office invites locals and tourists to wear traditional Thai costumes to the "Land Of King Narai The Great Fair 2018", which will be held at Phra Narai Ratchaniwet Palace, Muang district of Lop Buri province.

Visitors will be able to watch cultural and art performances and traditional games, enjoy lucky draws and shop for food and handicrafts at a retro market. The market will be open from 10am-9pm with cooking and handicraft-making demonstrations from 1pm-11pm.

On the first day, a religious ceremony to worship King Narai the Great of the Ayutthaya Kingdom will be performed and a parade under a historical theme will take to the streets from Sa Kaew Roundabout to the palace.

The hourly change of guards at the palace's Phayakkha Gate is from 10am-11pm and the display of traditional houses, ways of life and cultural performances is from 6pm-10.30pm.

Highlights will be a nightly light and sound show depicting the history of Lop Buri and a nightly dinner reception in front of the palace's Phiman Mongkut Royal Mansion.