This month, the Tourism Authority of Thailand (TAT) in collaboration with Beijing commemorates the 43rd anniversary of Thai-Chinese diplomatic ties with colourful Chinese New Year festivities in major Sino-Thai communities in Bangkok and 12 provinces. 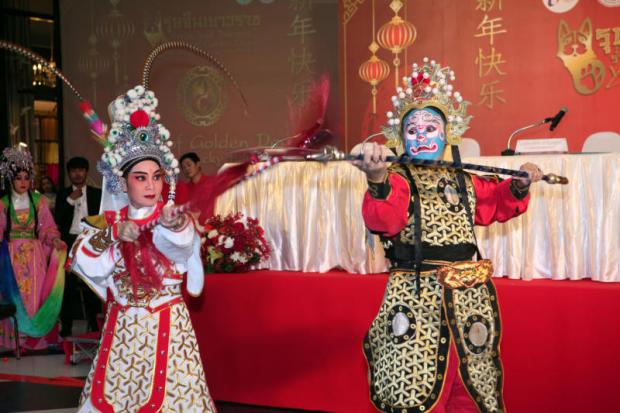 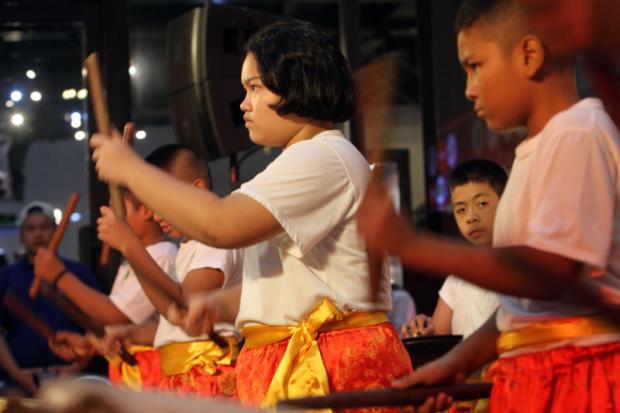 -- The Bangkok Chinatown Festival 2018 will be held tomorrow and Saturday in Yaowarat. It will combine entertainment, performances, delicious food and rare auspicious presents. Visitors will be able to watch folk dances from Zhejiang and Hebei as well as martial arts from Henan, and listen to folk music from Shanxi.

-- In the northern province of Chiang Mai, celebrations will take place tomorrow and Saturday on Khung Mane, Chang Moi and Witchayanon Roads in Muang district. There will be a Chinese puppet opera from Fujian and folk dances from Hainan.

-- In Nakhon Sawan province, the ongoing celebrations on the banks at the starting point of the Chao Phraya River will last until Tuesday. To seek blessings for the Year of the Dragon, locals pay respects to Chao Pho and Chao Mae Pak Nam Pho, the guardian spirits of Nakhon Sawan.

-- In Suphan Buri, celebrations will take place tomorrow and Saturday at the Heavenly Dragon Park in Muang district.

-- In Ayutthaya, the festival will take place from Saturday to Thursday on a stretch of Naresuan Road ranging from Chao Phrom Market to Chedi Chao Ai Chao Yi.

-- In Ratchaburi, celebrations will take place until Sunday along Voradej and Amarin roads in Muang district. Highlights include a Chinatown procession, fireworks display, beauty and talent contests.

-- In Phetchaburi, the festival will be held until Saturday along Surinthara Ruechai Road in Muang district.

-- In the northeastern province of Nakhon Ratchasima, celebrations will take place from tomorrow to Sunday around the statue of Thao Suranaree and the memorial park in Muang district.

-- In Udon Thani, the festival will be held from tomorrow to Sunday along Prachak Silpakhom Road in Nakhon Udon Thani Municipality. An acrobatic show from Shandong and dances from Heilongjiang in Udon Thani will be highlights.

-- In Pattaya City, the festival will take place from tomorrow to Sunday at Wat Bung Bowon Sathit in Ban Bung district and at Lan Pho Park in Tambon Na Klua.

-- In Songkhla's Hat Yai district, celebrations will be held from tomorrow to Monday at Srinakhorn Foundation School on Thammanoonwithi Road. There will be a fireworks display, entertainment, contests and merit-making, as well as folk dances from Mongolia.

-- The Phuket Chinese New Year Festival will be held from Wednesday to Friday in Phuket Old Town and at the Queen's Park in Muang district. There will be a Baba Yaya Peranakan procession and cultural shows. An acrobatic show from Shandong, and folk dances from Mongolia will be staged on Wednesday and Thursday. Throughout the festival, locals observe traditions and pay respect to Chinese deities and guardian spirits.

-- In Trang, the festival will be held in front of the Nakhon Trang Municipality Office from tomorrow to Sunday.