Exploring Thailand in one day
Travel

Exploring Thailand in one day

published : 26 Apr 2018 at 04:00
newspaper section: Life
writer: Pichaya Svasti
The Floating Market at Muang Boran is a reflection of traditional riverside Thai life. It depicts the everyday life of people who lived on the banks of the river, particularly local life on the Central Plains of Thailand, in the past. Although those people were of different races, religious beliefs and cultures, they lived in peace. People on both sides of the river were connected by bridges and walkways. Such a community relied mainly on water transport. Rivers and canals were the most important trade routes, leading to the emergence of floating food markets. Houseboats, boats carrying goods and rice barges were common sights. (Photos by Jetjaras Na Ranong)

Thirty-six years ago, the 10-year-old me felt excited to see the replicas of more than 100 historic monuments, life-sized and smaller, in one place. Many other Thai students must feel the same since one of the must-sees on any school study trip is Muang Boran (Ancient Siam) in Samut Prakan province. Nowadays, Muang Boran has become a Thai art and culture learning centre and also a popular setting for the filming of TV series and movies.

"Many visitors like to follow the footsteps of TV series, especially Bupphesanniwat (Love Destiny), which was filmed at the Floating Market. Almost the whole of Muang Boran served as the set of TV series Sri Ayodhaya," Natchaphon Thammathinno, social enterprise manager of Muang Boran, said. "We have special signs mentioning the locations of TV series and movie settings in Muang Boran."

The nationwide craze for period piece Bupphesanniwat has been a major drive for Thais to opt for traditional outfits and visit cultural heritage sites. Many Thais have flocked to not only Ayutthaya and Lop Buri where the main characters live and visit but also other cultural attractions and theme parks to which they can wear traditional costumes. Muang Boran is among these places and has been promoting the wear-traditional-costume campaign from early in March until now.

"The trend is very good. The number of visitors per day has increased from 400-500 to about 1,000. The majority of Thai visitors wear traditional Thai costumes. We have 500 traditional outfits for rent at a price of 200 baht per day," the manager added. 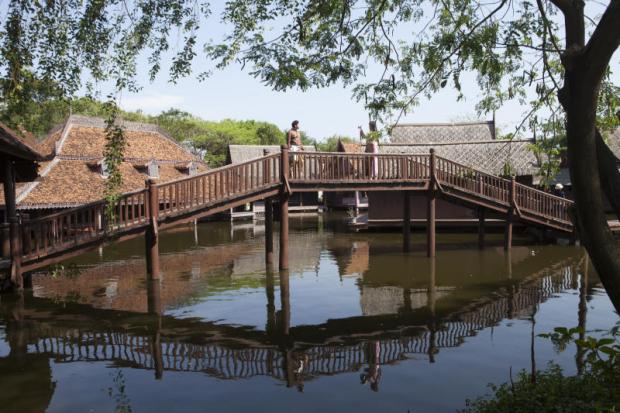 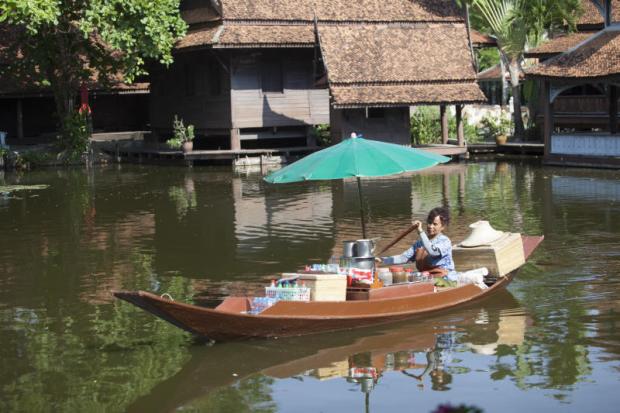 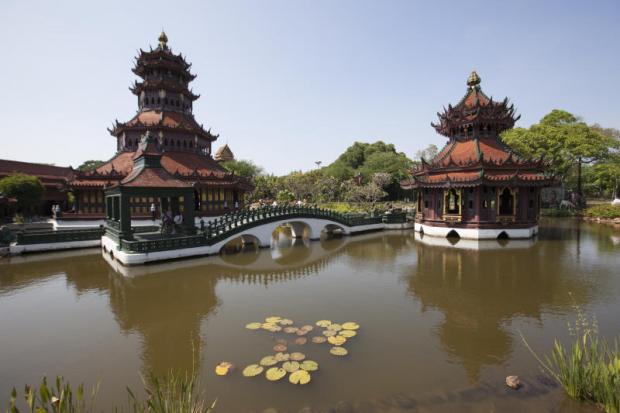 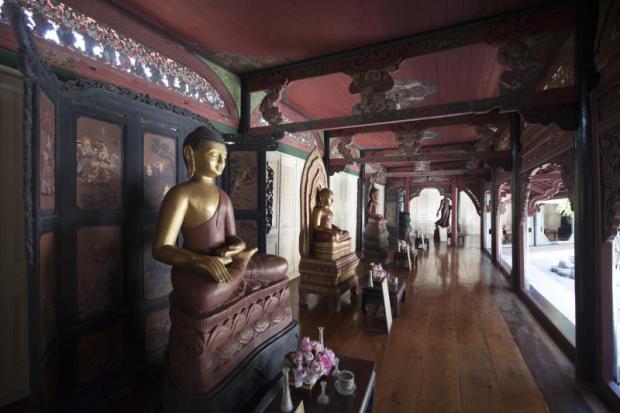 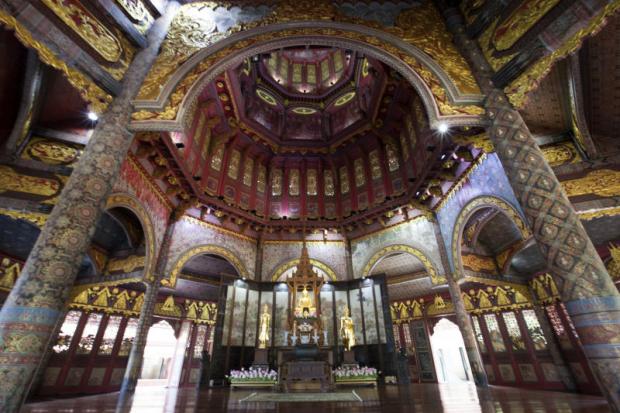 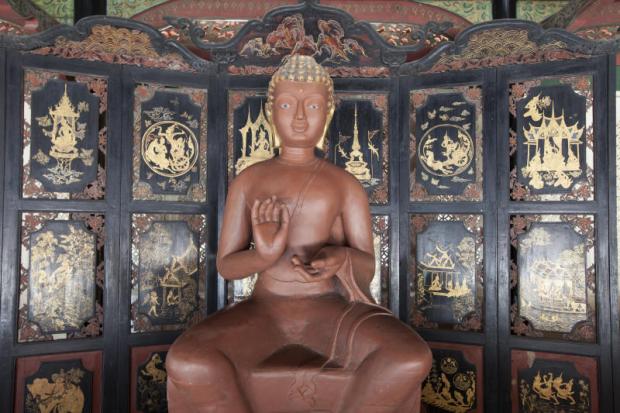 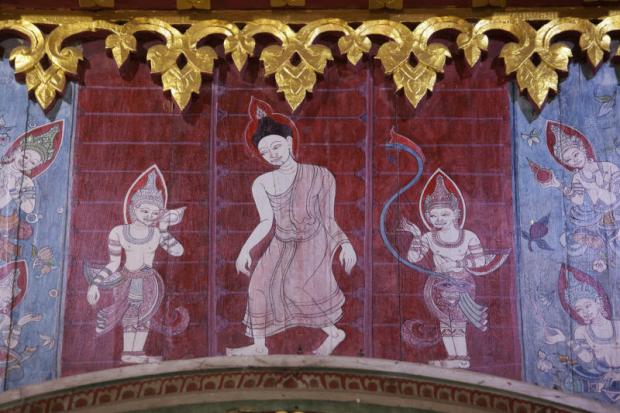 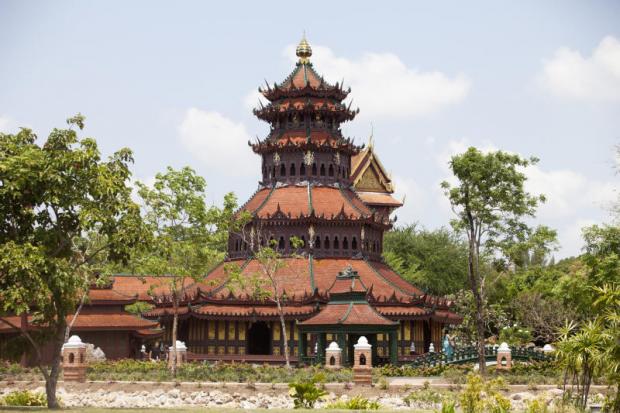 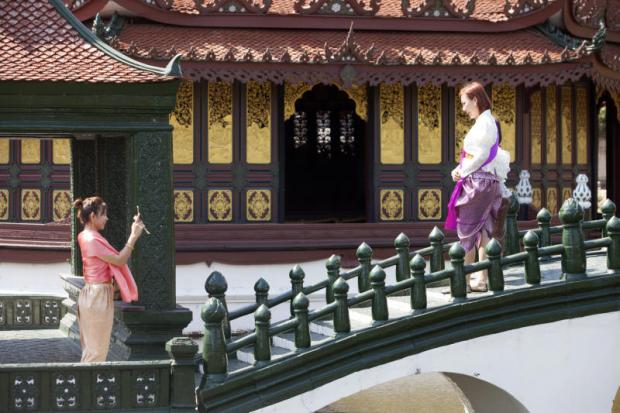 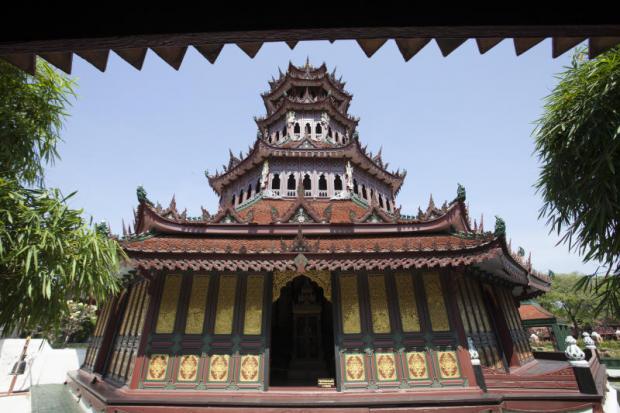 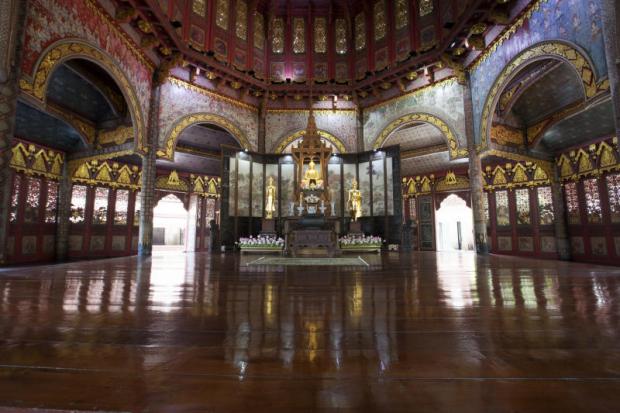 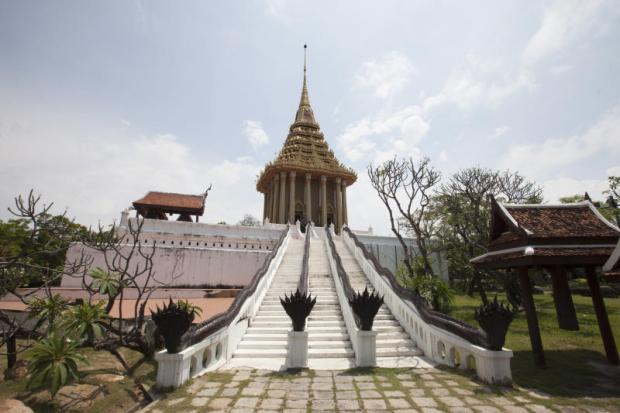 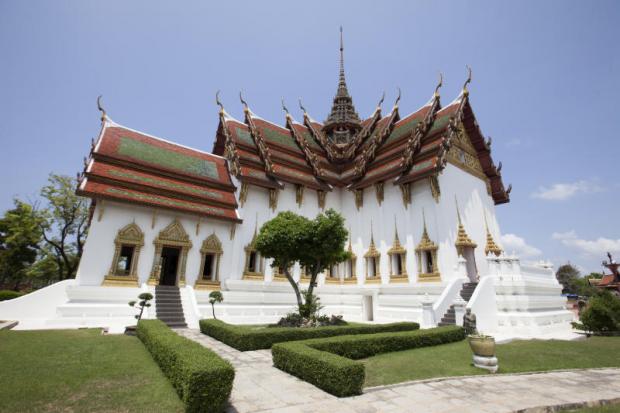 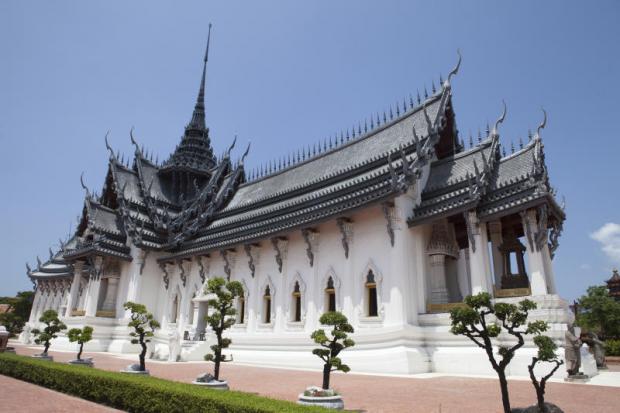 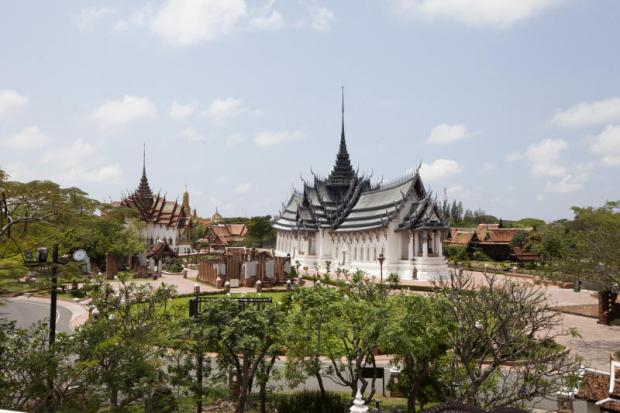 Sanphet Prasat Throne Hall of the Ayutthaya Kingdom was the principal hall in the Grand Palace in the early Ayutthaya Period. It was built in the reign of King Borommatrai Lokanat, the eighth monarch of Ayutthaya. Throughout the Ayutthaya Period, it served as the venue of important royal and state ceremonies, such as receiving foreign diplomats. It was ruined after being destroyed by invaders in 1767. Muang Boran rebuilt the tin-roofed throne hall based on archaeological and historical evidence left by Thai and foreign historians. The largest porch, or the front hall, was for the military officers and officials while the rear hall was for palace ladies. The other two porches on the left and right are rather short. The raised basement carries lotus mouldings that dip in the middle and rise at the end like a sailing ship. The interior walls are decorated with stucco inspired by that of Wat Nang Phaya in Sukhothai. The central ceiling panel is aspired by a wooden ceiling panel from Wat Phra Borommathat Muang Chaliang in Sukhothai. The murals in the central chamber portray the story of the Ten Reincarnations Of Vishnu as stated in an Ayutthaya chronicle. 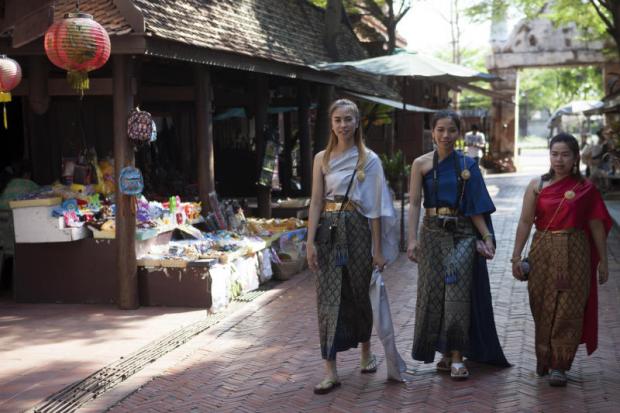 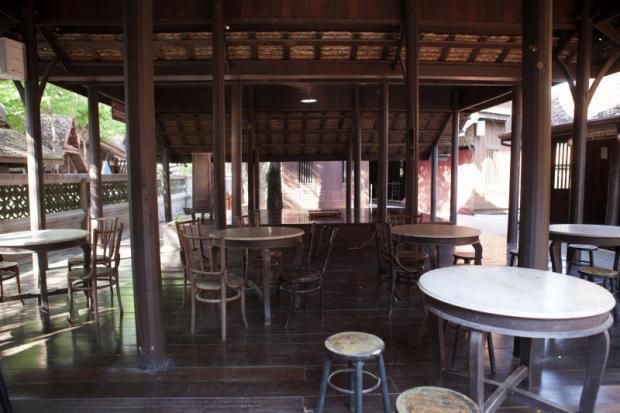 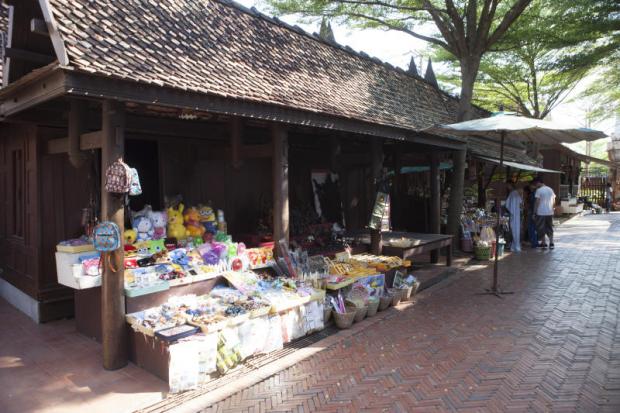 The Old Market Town, or Talat Bok, was recreated to portray the atmosphere of an old Thai community. People from various races and ethnic groups could live happily and independently from other communities since there were shops selling all kinds of goods, theatres, casinos and religious places. Houses in the old market town are inspired by those that once stood along an old road in Tak province. Some of the traditional Thai houses were relocated from an old community in Yannawa district, Bangkok. 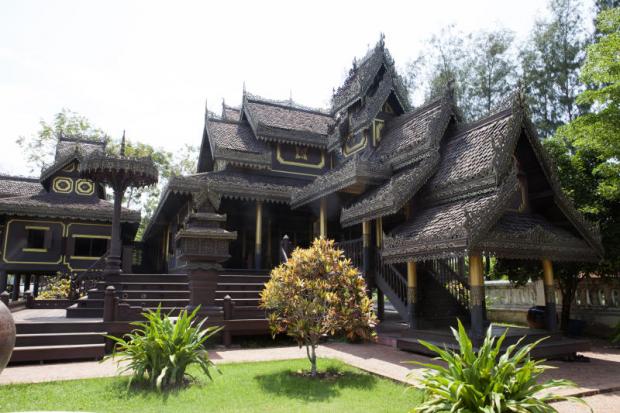 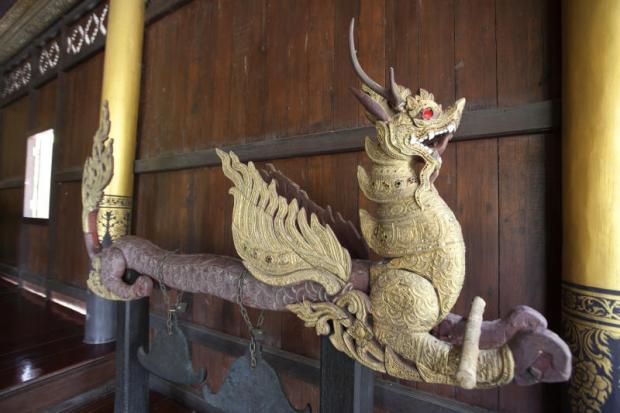 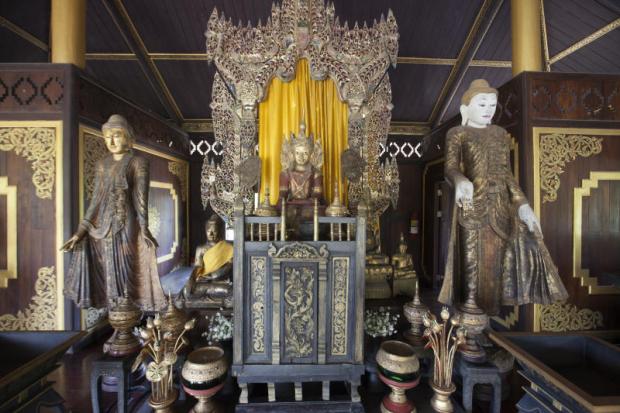 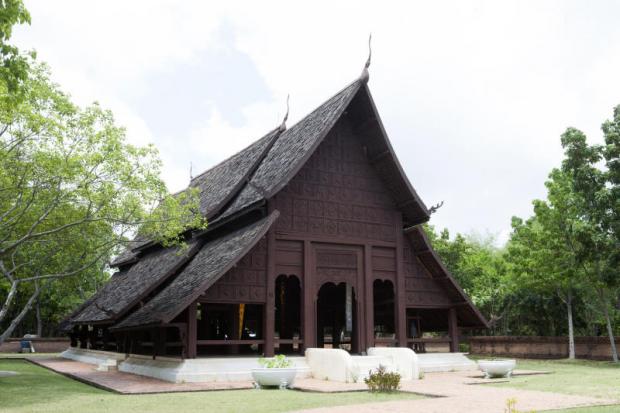 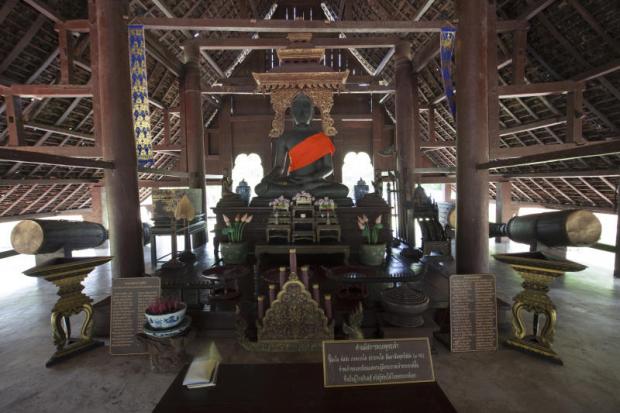 Muang Boran brought this wooden ubosot (ordination hall) from Wat Chiang Khong in a part of Chiang Rai that is now Phayao province. A wooden hall like this is rare to find today. It was constructed with skillful hands without using a single nail. It was roofed with wooden tiles with have hooks for connections.

"When people come to Muang Boran, they feel like visiting Thailand within one day. They can rent bicycles, ride sightseeing trams or bring in their own vehicles," Natchaphon, the manager, noted. 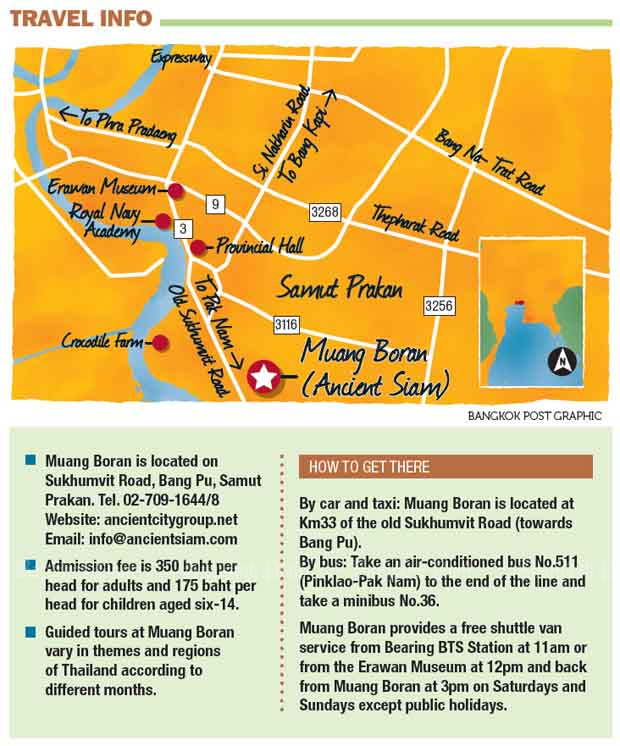