The best of Asia yachting
Travel

The best of Asia yachting

Boats from around Asia are heading to Thailand's second most popular island destination for the final event showdown of the 2017/18 AsianYachting Grand Prix during the 17th "Samui Regatta" in Surat Thani from Saturday to June 2. 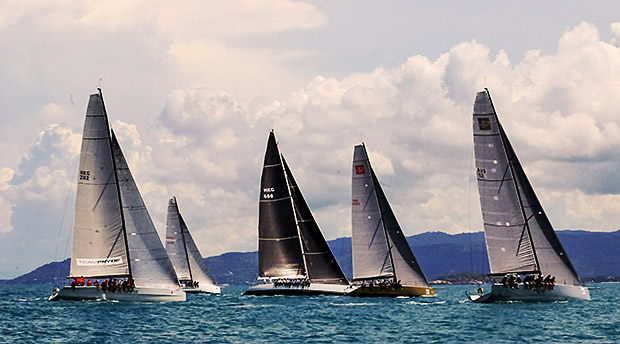 Hosted by Centara Grand Beach Resort Samui on Chaweng Beach of Koh Samui, this year's regatta is a stimulating week of competition with five days of racing and a full line-up of regatta parties.

In the Performance Cruising Class, SailQuest Hi Jinks (US) are up against local favourite Moon Shadow (Great Britain) while the Multihull Class consists of four one-design Corsair Pulse 600s -- all chartered to international crews.

The larger yachts will be joined by a dinghy fleet of youth sailors from Samui, Phuket and Koh Phangan, who will be competing in the Samui Youth Challenge on Saturday and Sunday. For the first time at the regatta, there will be kiteboard foil racing with the first round of the "Asia & Oceania -- KTA Hydrofoil Series" set for May 31 to June 2.

Besides action on the water, there will be an onshore social scene for spectators and vacationers. The regatta is organised by Regattas Asia and Samui Yacht Club Regatta and will culminate with an exclusive gala dinner on the beachfront lawn at the host resort.