Centuries before the rise of Sukhothai, and even the Khmer Empire preceding it, the Dvaravati civilisation (6th-11th century) dominated much of what is now Thailand. Few ruins from the period remain. The largest, and one of the best preserved, is Khao Khlang Nok, the grand stupa in Si Thep Historical Park in Phetchabun province.

The Dvaravati monument and the park, which hopes to one day be included in Unesco's list of World Heritage sites, have recently been a hot topic in the media. But not because of the Unesco bid. (The nomination is still in the planning process.) Si Thep was in the news because an oil drilling operation is set to be carried out close to Khao Khlang Nok stupa. How close? Reportedly, around 100m.

Civic groups in the province as well as the Fine Arts Department, which oversees the historical park, protested the project, as it is a potential threat to the 1,300-year-old religious monument. While it is still unclear how the conflict will be resolved, perhaps we should take this opportunity to get to know a few things about Khao Khlang Nok and Si Thep.

The historical park can be explored on foot or, even better, by bicycle. According to archaeological studies, the area now designated as the historical park has been inhabited since prehistoric times. Excavations have turned up human skeletons buried with pottery and other objects dating back 2,000 years. Over the centuries, the settlement developed. During the Dvaravati period, which was heavily influenced by Indian cultures, it became a moated town, and continued to prosper throughout the period of Khmer dominance. 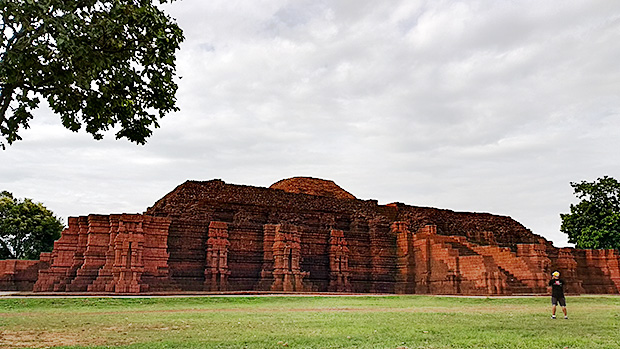 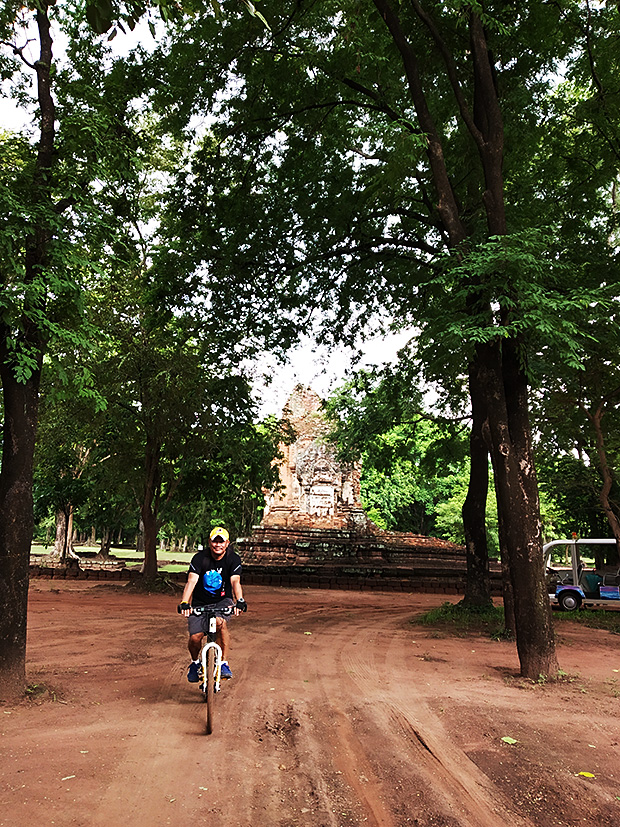 A large number of ancient ruins from these periods scatter the park's 2km² and the surrounding areas. The most prominent within the moat's perimeter is Khao Khlang Nai, the remains of another large Dvaravati-style stupa. However, this looks like a miniature when compared to Khao Khlang Nok, 2km or so to the north. Before the excavation both grand stupas were covered with soil and vegetation, so much so they looked like hills, hence the word khao (hill) in their current names.

While Khao Khlang Nai was restored a long time ago, the ruins of Khao Khlang Nok were not revealed until archaeological excavation began in 2008. The square base of the enormous stupa measures 64x64m. On each side, there is a stairway leading to the upper part from which you can see far and wide in every direction. To the west, about 20km away, you can spot Khao Thamohrat, a real hill which is home to a cave where rock sculptures from the Dvaravati period were discovered. Too bad the pagoda that sits at the centre of Khao Khlang Nok has crumbled beyond repair.

Many fear that, if the drilling operation is allowed to go ahead, it will cause damage to the rare ancient structure. Onshore oil drilling has been going on throughout the Central Region for decades. With big money involved, the fight to preserve Khao Khlang Nok won't be easy.

If you get the chance to visit the site, you'll understand why the protesters believe this ancient architectural gem is too precious for Thailand to risk losing.

Well, due to a lack of time available to me for riding, this column will no longer appear as regularly as it used to. Still, I hope to see you here again soon. Until then, if you have questions, news or biking insights you wish to share, please feel free to send an email to pongpetm@bangkokpost.co.th or go to Freewheel Bangkok community page on Facebook. 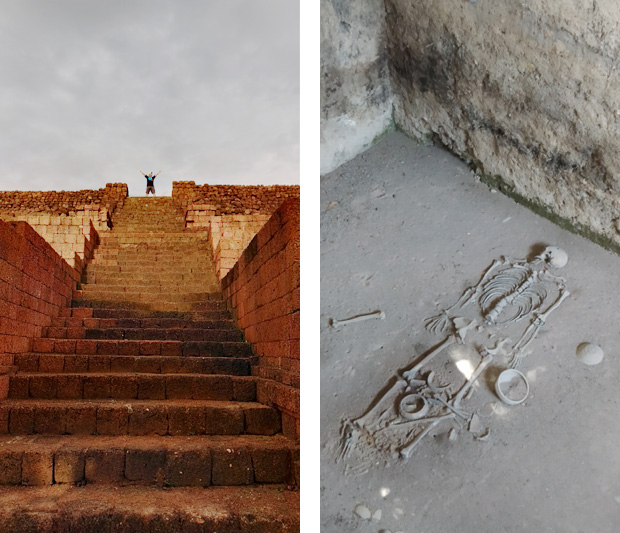 Trail condition: Traffic-free dirt and paved roads inside the park. On the road between the park’s moated zone and Khao Khlang Nok you will have to share the way with motorised vehicles.

Distance: Up to you.

Getting there: The road to Si Thep Historical Park, 2219, crosses paths with Highway 21 at Si Thep intersection. Follow the 2219 eastward for about 12km and you’ll see the park’s huge sign on your right-hand side. To get to Khao Khlang Nok, you have to backtrack to the 2219 and go westward for about 800m. The access road to Khao Khlang Nok is next to Ban Bueng Na Chan School.

Parking: The park’s office has a parking lot. So does Khao Khlang Nok.

Food & drink: Shops and modest restaurants can be found in the community on the west side of the park.

What your family can enjoy while waiting: If they don’t want to explore the historical park with you, tell them to stay home!

Accommodation: There are several resorts along Highway 21 and in Chai Badan, as well as the area around Pa Sak Dam. 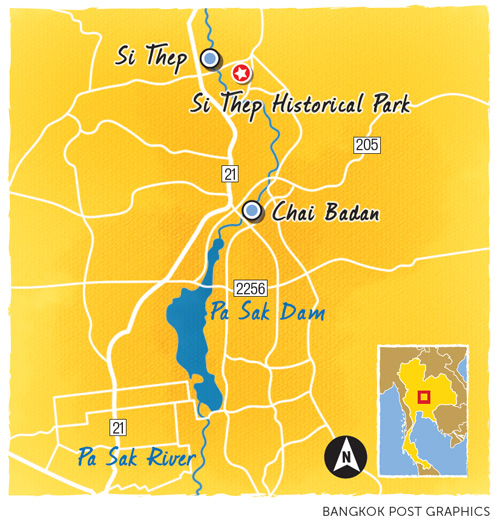