An ocean at the top of the world
Travel

An ocean at the top of the world

Phangnga's peaks offer some spectacular sights during the monsoon season

The wooden sign at the highest point of Phu Ta Jo claims that the mountain rises 1,300m above sea level. According to my topographic map, and judging by the vegetation, the elevation was actually more like 800-900m. But that didn't really matter, I was still on top of the world. 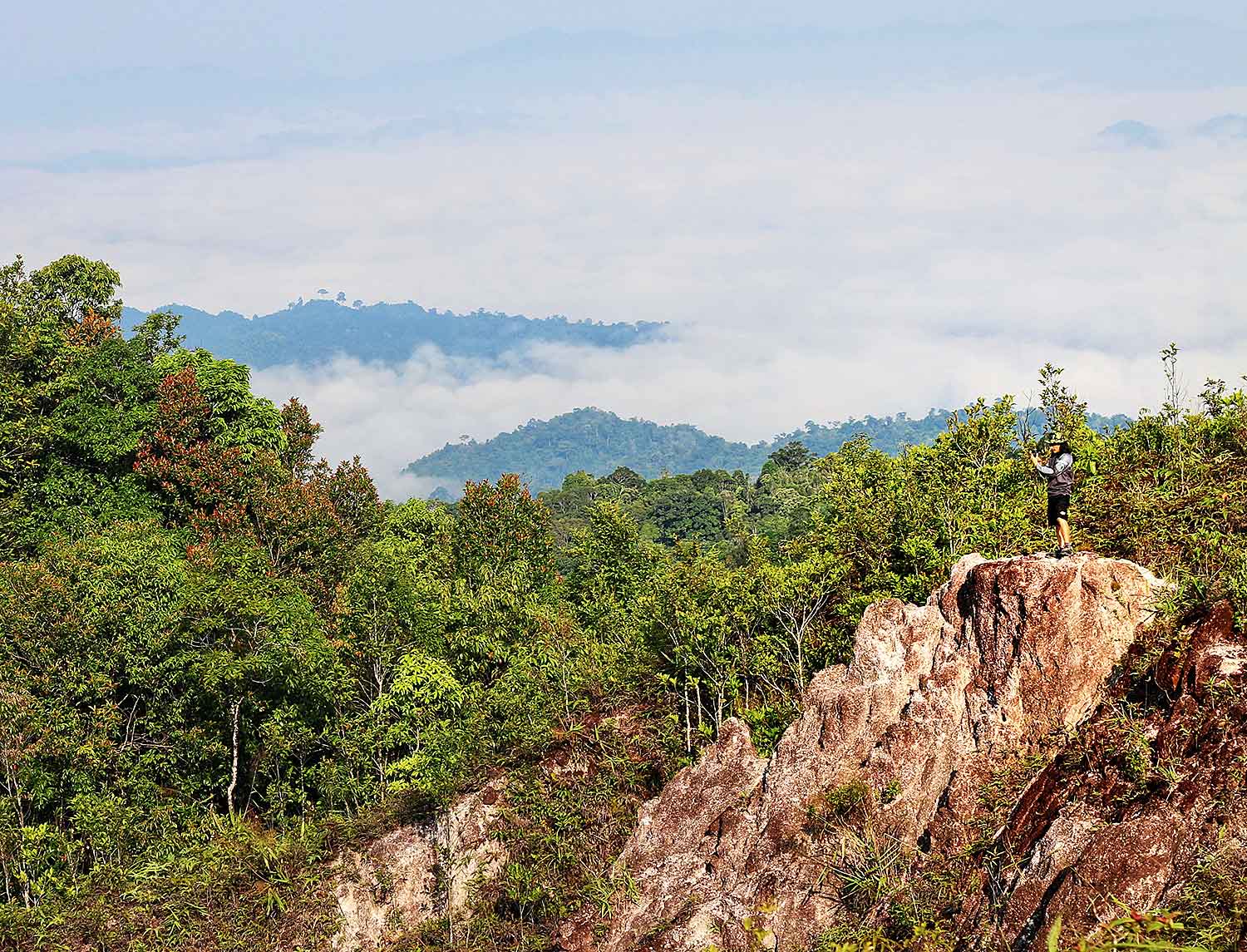 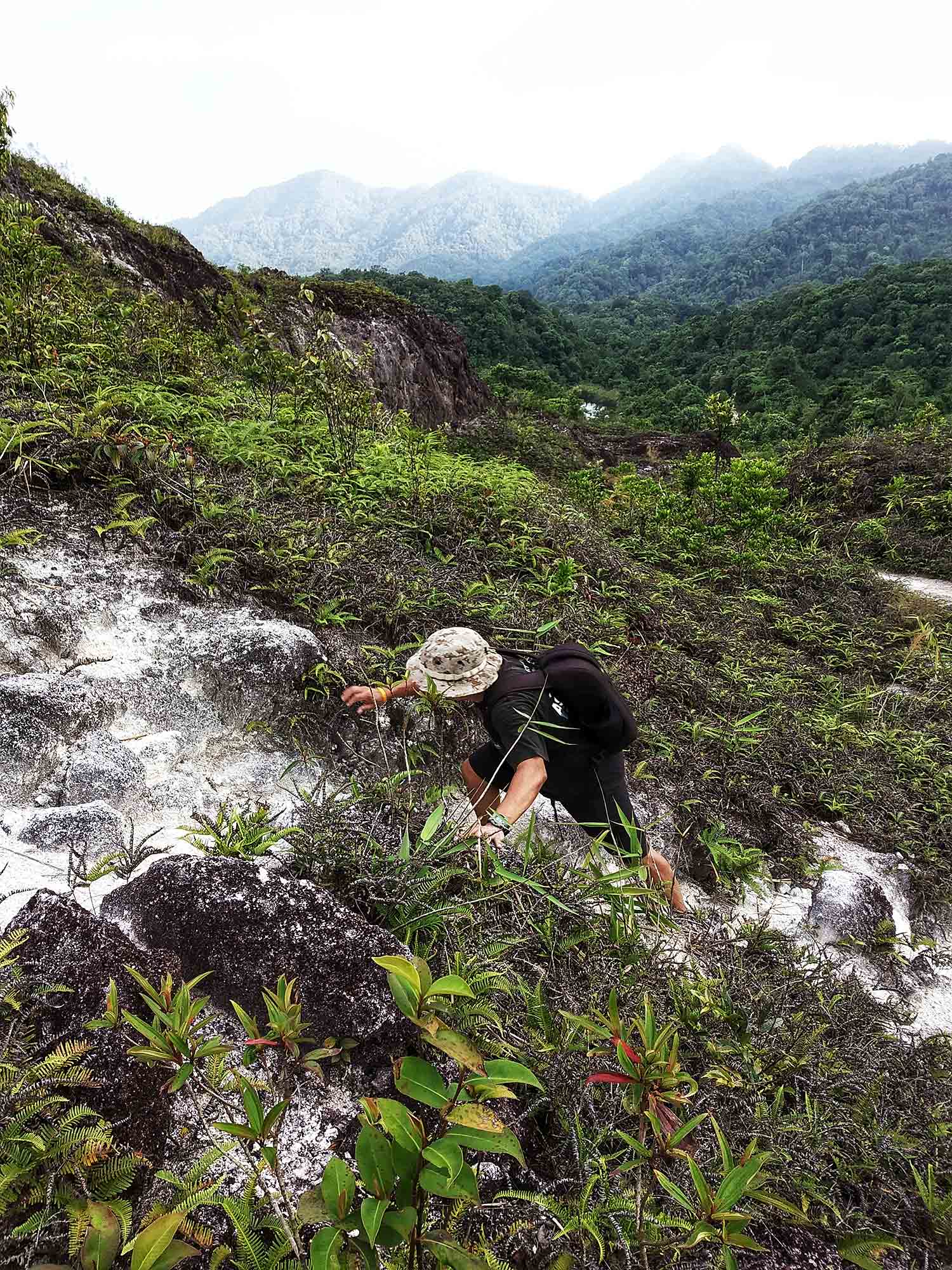 Looking west from the bare peak, I could see the surrounding forest-covered mountains and the rolling sea of fog that enveloped the lowlands. Faintly visible in the background are the mountains of Khao Lak-Lam Ru National Park. Beyond them lies the Andaman Sea.  (Photos by Kajondej Thongmee and Pongpet Mekloy)

To the east, the morning Sun had already risen above the jagged horizon, chasing away the darkness of the previous night. Covering the lush mountainous terrain was an expansive but evaporating cloud of mist. To the west, there was another sea of fog, denser but more distant. My friends and I hung around at this perfect vantage point until the Sun became a little too strong.

Another place on my bucket list was now checked off. I learned about Phu Ta Jo, in Kapong district, Phangnga, from a local four years ago during a visit to Khao Khai Nui, a similar scenic point further south in Thai Muang district.

Unlike Khao Khai Nui, Phu Ta Jo is part of a protected forest, Ton Pariwat Wildlife Sanctuary. Almost halfway up its access road, there is a checkpoint where visitors are supposed to report their presence and pay the entrance fee. However, on the day we arrived, nobody was there.

Decades ago, the higher reaches of Phu Ta Jo were home to tin mines. The bare land and excavated slopes, not to mention the rusty ruins of a small truck, are clear reminders of the mining activities. The mountain road we took to reach the site used to be used for transporting tin out of the forest.

Because of the rain and the dense clouds, we didn't get to enjoy a starry night as we had hoped for. But the sea of fog over the forests in the morning was enough to make this trip during the monsoon season worthwhile. 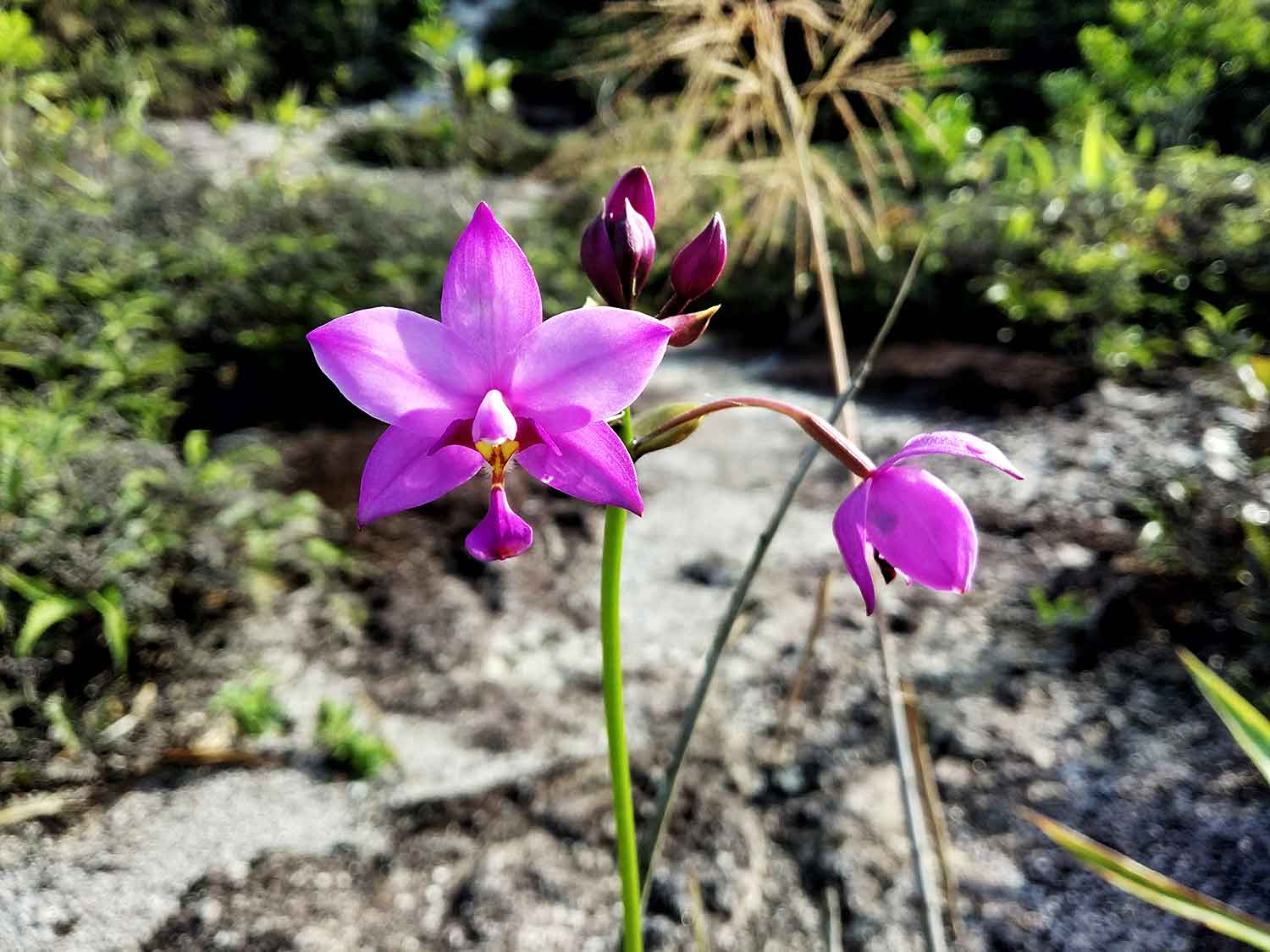 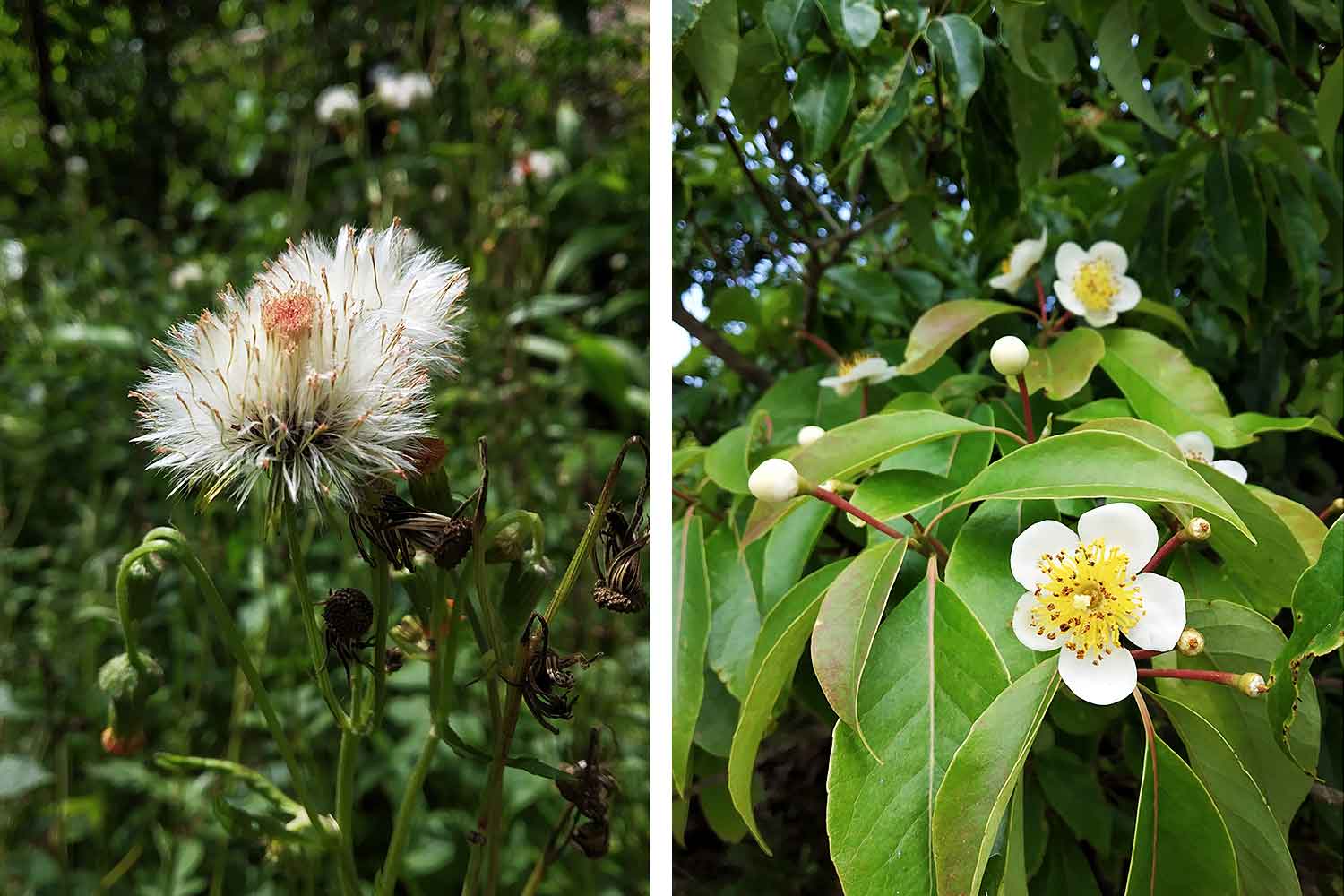 The rich forest on the way to Phu Ta Jo is home to a wide variety of vegetation — large hardwood trees and numerous other flowering plants, as well as non-flowering plants of all shapes and sizes, from tiny mosses to tall tree ferns. 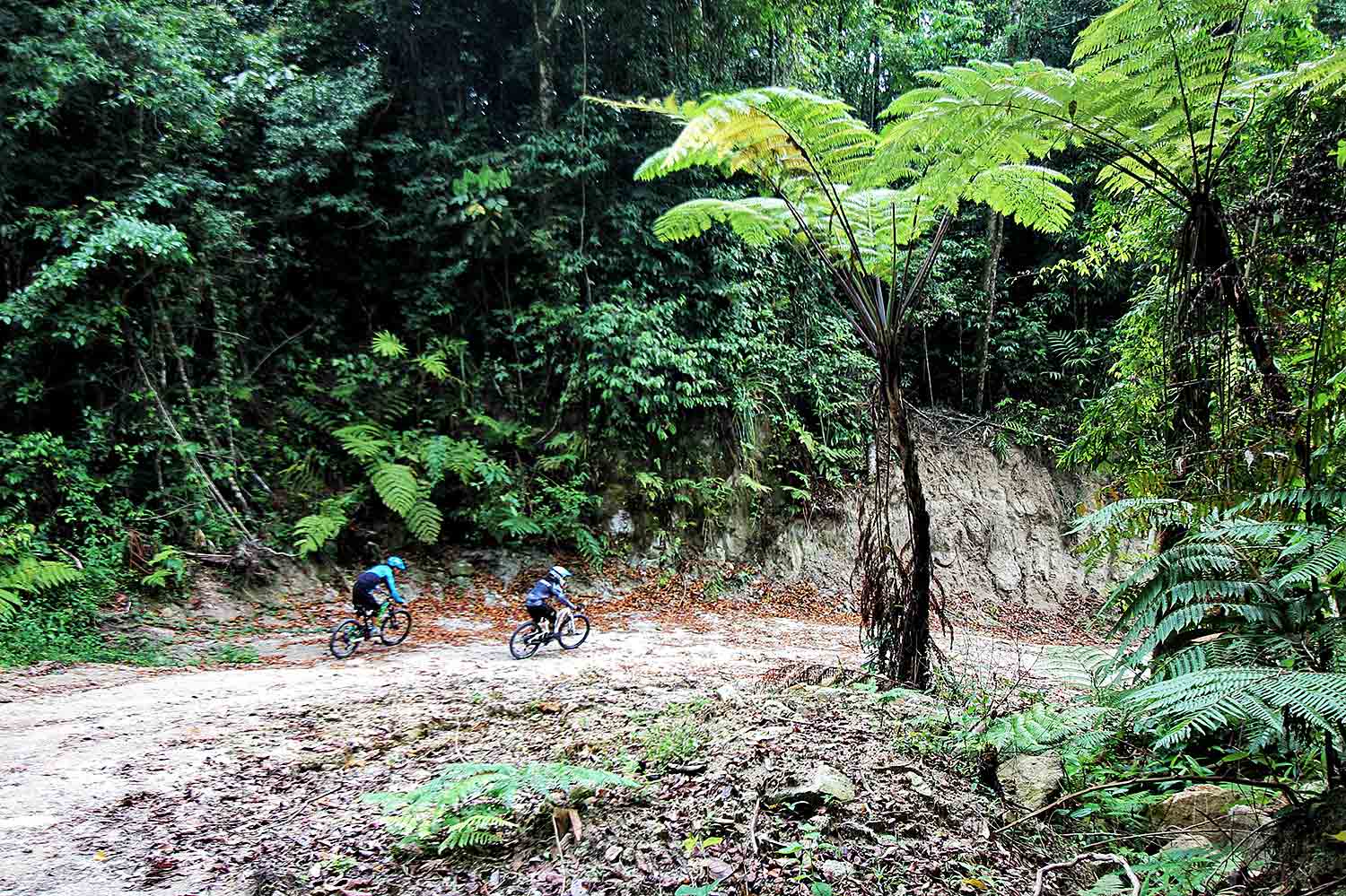 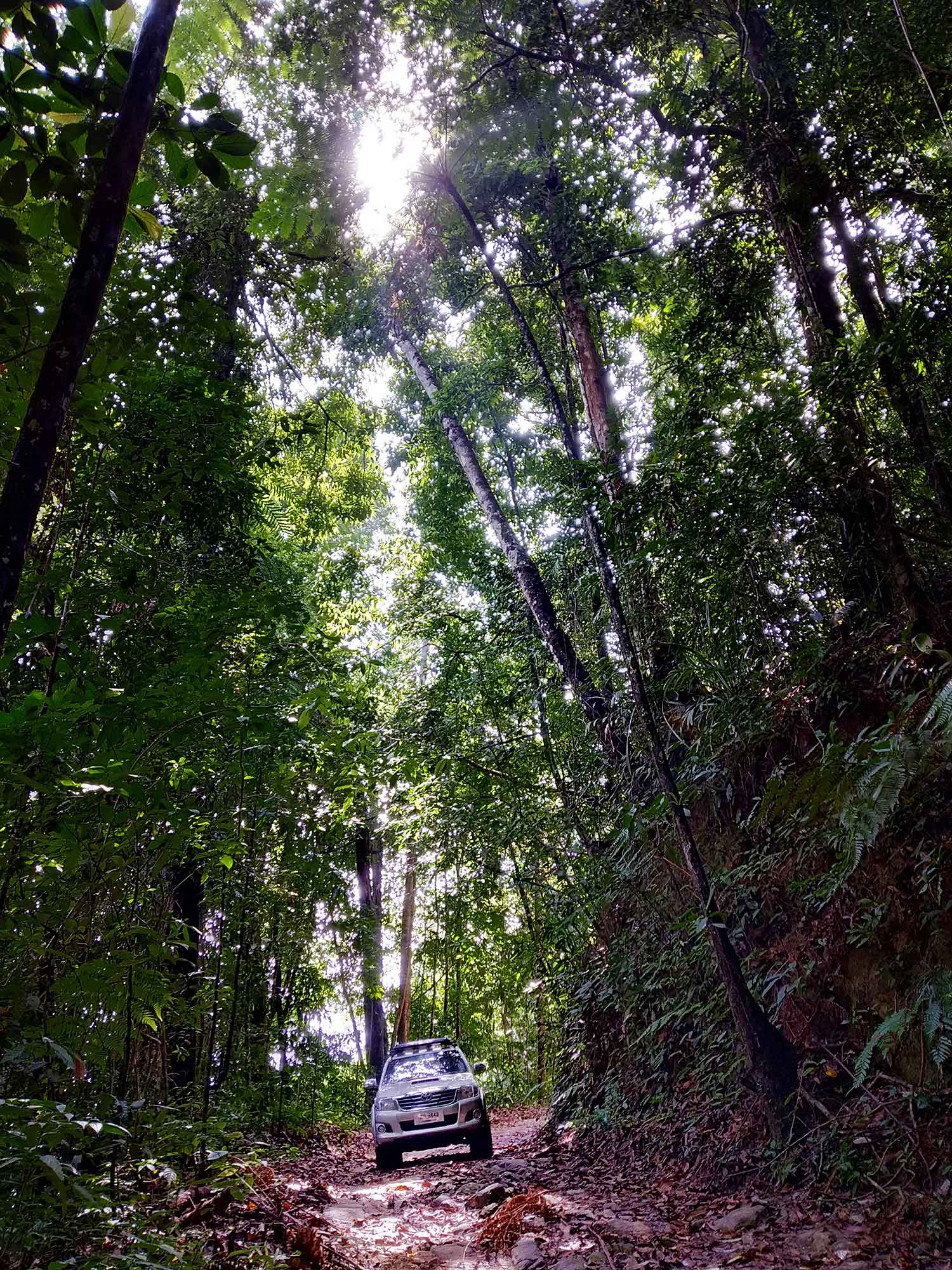 The serenity of nature and stunning vista at the top of Phu Ta Jo alone made for a memorable trip. But the journey up and down proved to be half the fun. One reason we chose to visit Phu Ta Jo was the fact that its 13km access road is still unpaved and the wilderness it snakes through, being part of a wildlife sanctuary, is unspoiled. Our leisurely pickup ride up the mountain was very pleasant, even with the steep and severely worn final section of the track proving a challenge for the driver. On the way down the next day, we made the most of the dirt road and enjoyed a good rush of adrenaline going down the trail on our bikes. 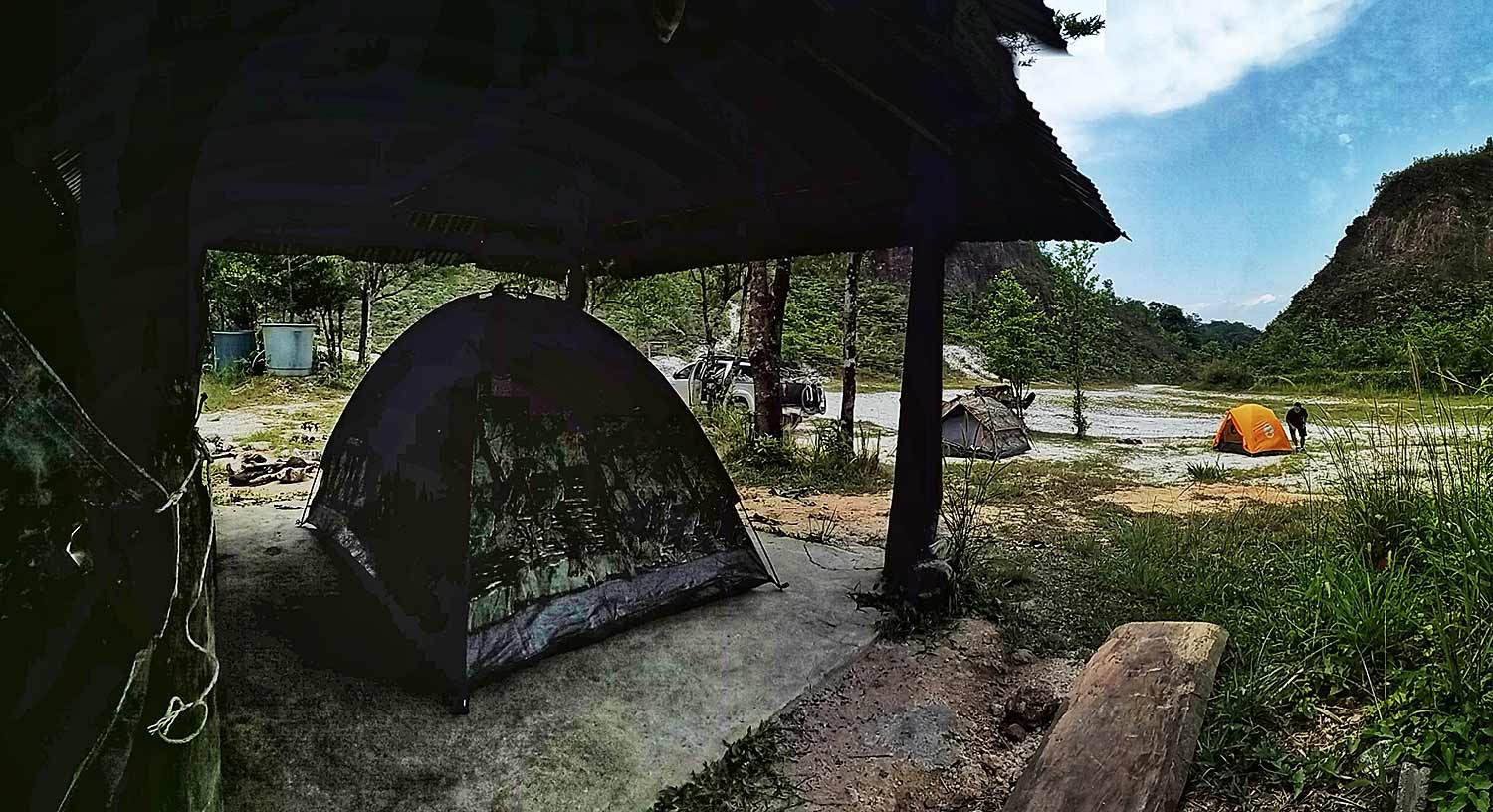 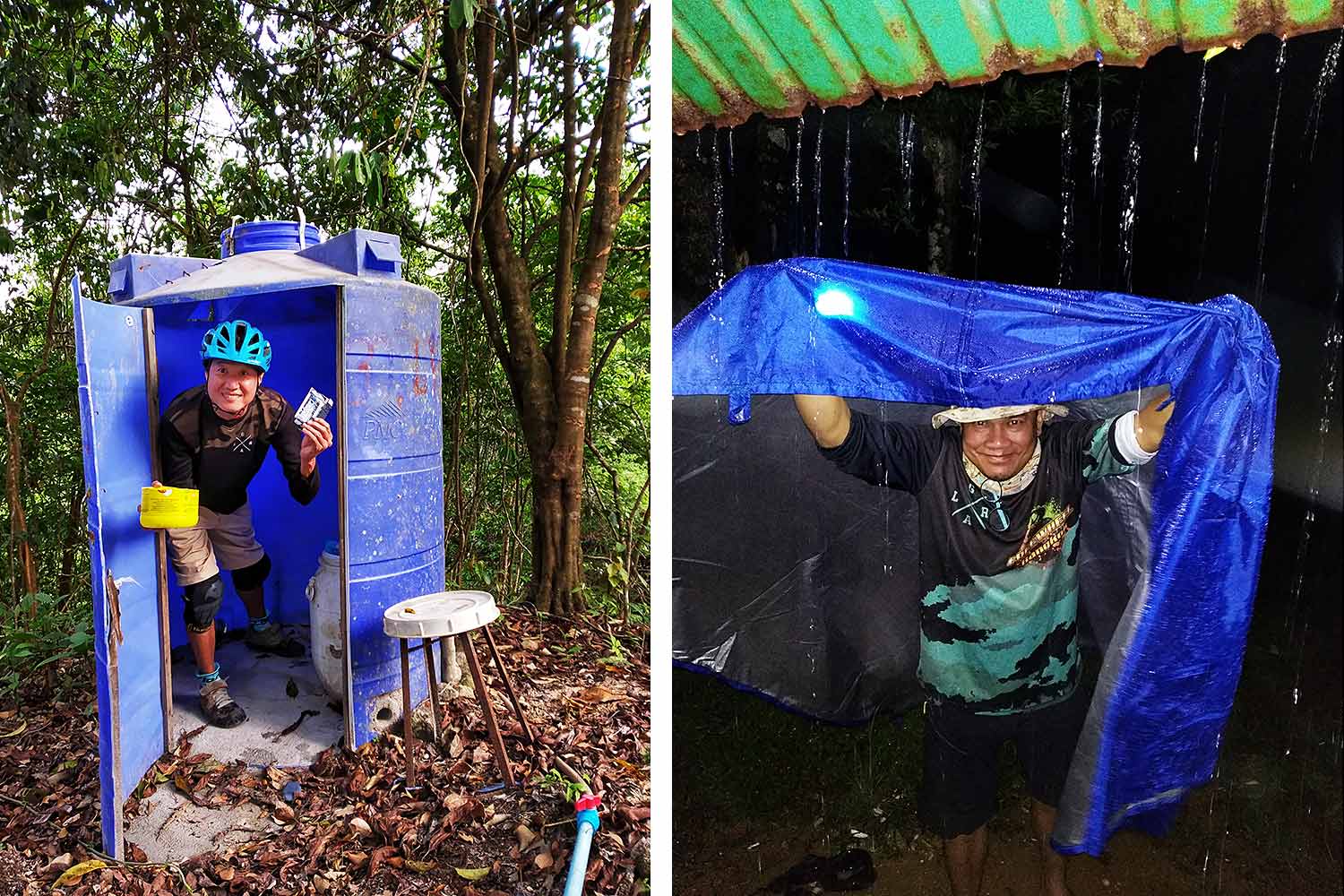 We spent the following night by the roadside; the nearby camping area, nestled between dense trees and a steep hillside, seemed a bit too cramped. Well aware that it might start pouring down at any time, the four of us picked different spots to sleep. Two hardy souls pitched their tents in the open, while another made use of a small shed next to the toilet. I chose to sleep in the pickup. The following morning, we regaled each other over breakfast with tales of our struggles against the night’s various disturbances. As if the torrential rain wasn’t enough, one of us also had to put up with the noises made by rats running around seeking food. At one point, one of the rodents happened to fall into a water bucket and could not climb back out. He had to get out of his tent to help the poor creature. 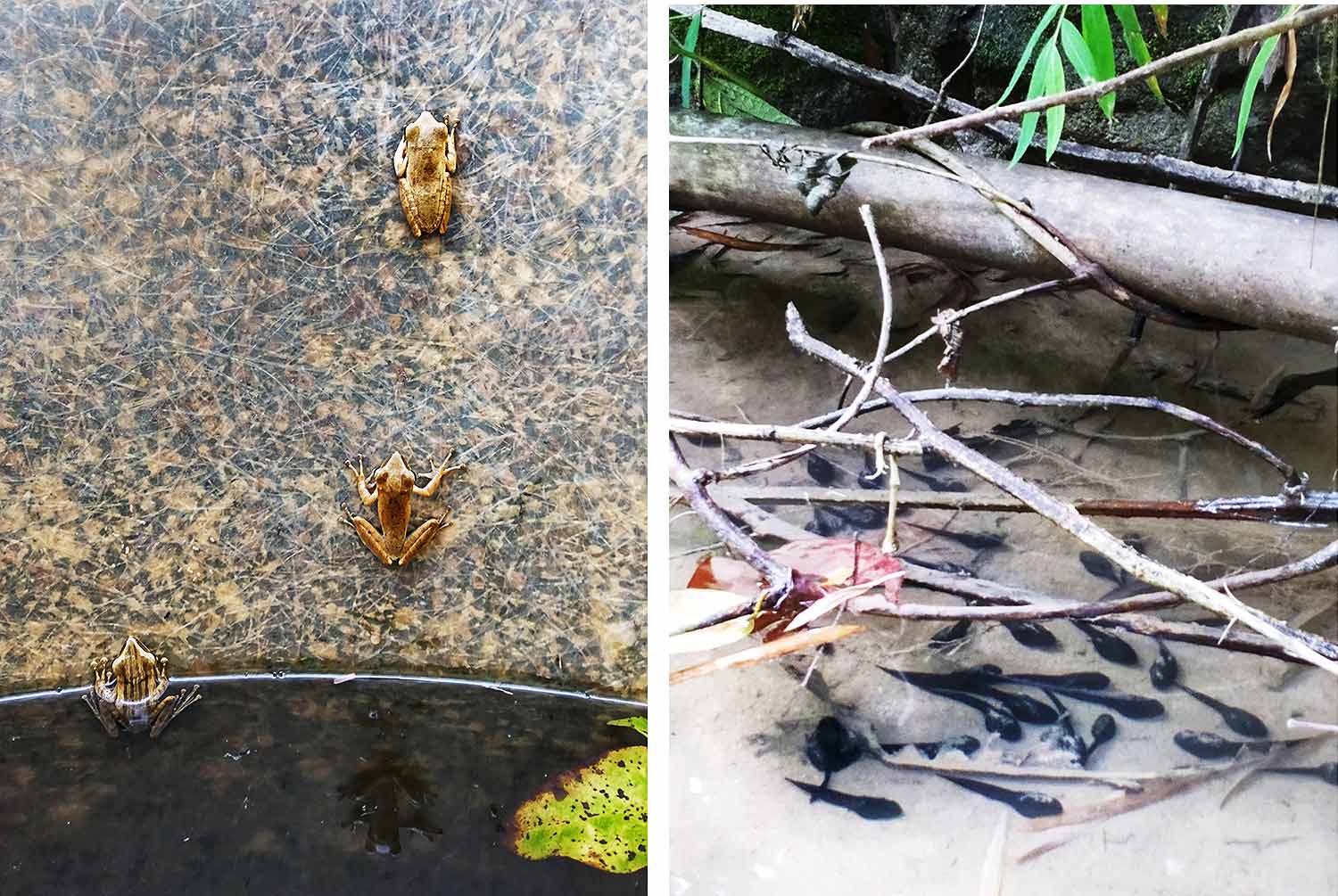 When it wasn’t raining, insects and other creatures filled the air with a cacophony to remind us that we weren’t alone. Many of them were frogs. I spotted these ones inside a water tank the following morning, but they were relatively small. Earlier, in a pool of clear water by the side of the mountain road, I’d seen some giant tadpoles, each the size of my thumb. I couldn’t help but wonder how big they become when fully grown. 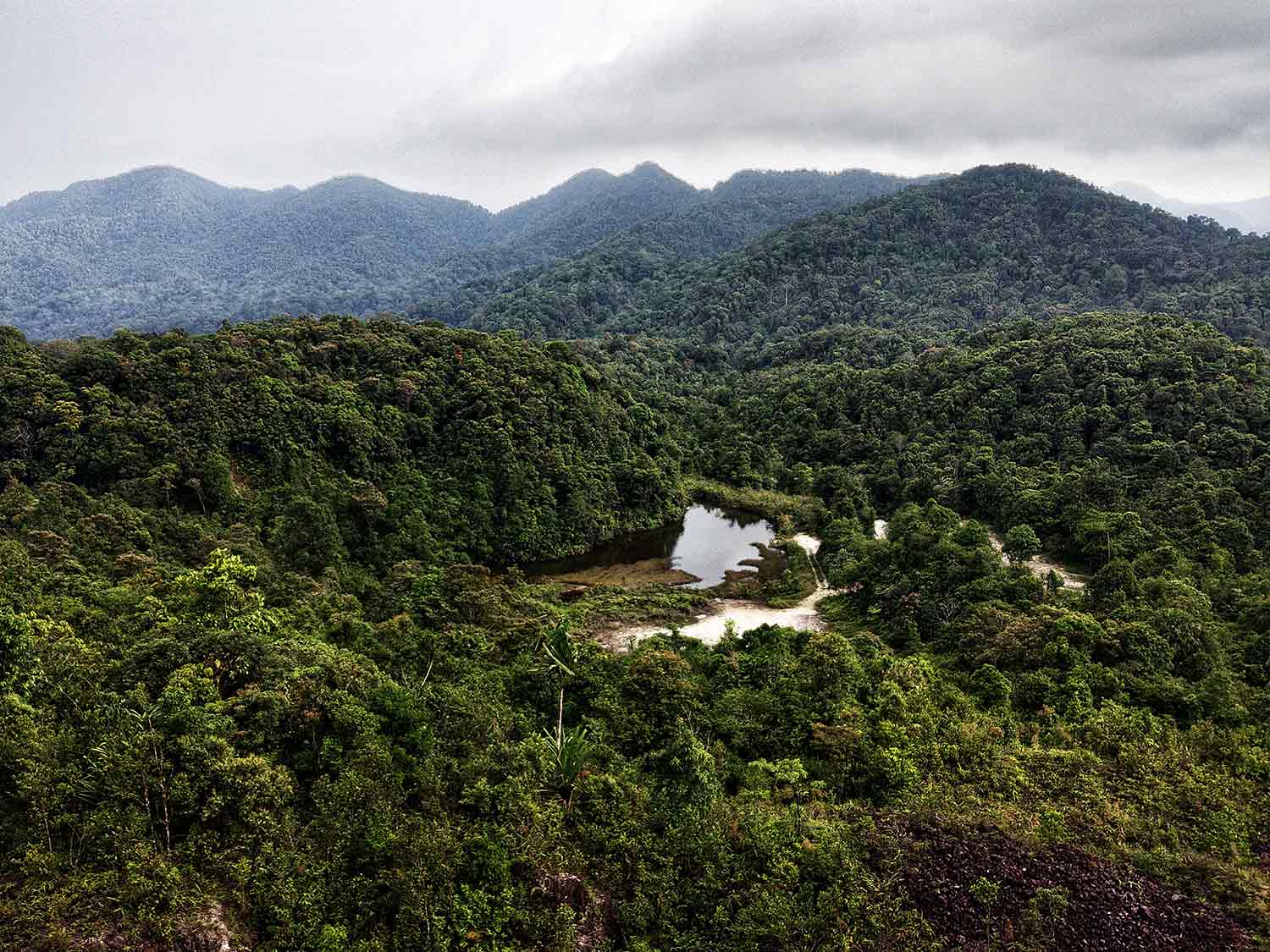 From the top of the mountain if you look southward you’ll see this pond not far below. Nestled in the wilderness, it is home to many insects, reptiles and other small wild animals. It’s a short walk from the camping area. Visitors often fetch water from it for use while staying overnight on Phu Ta Jo. 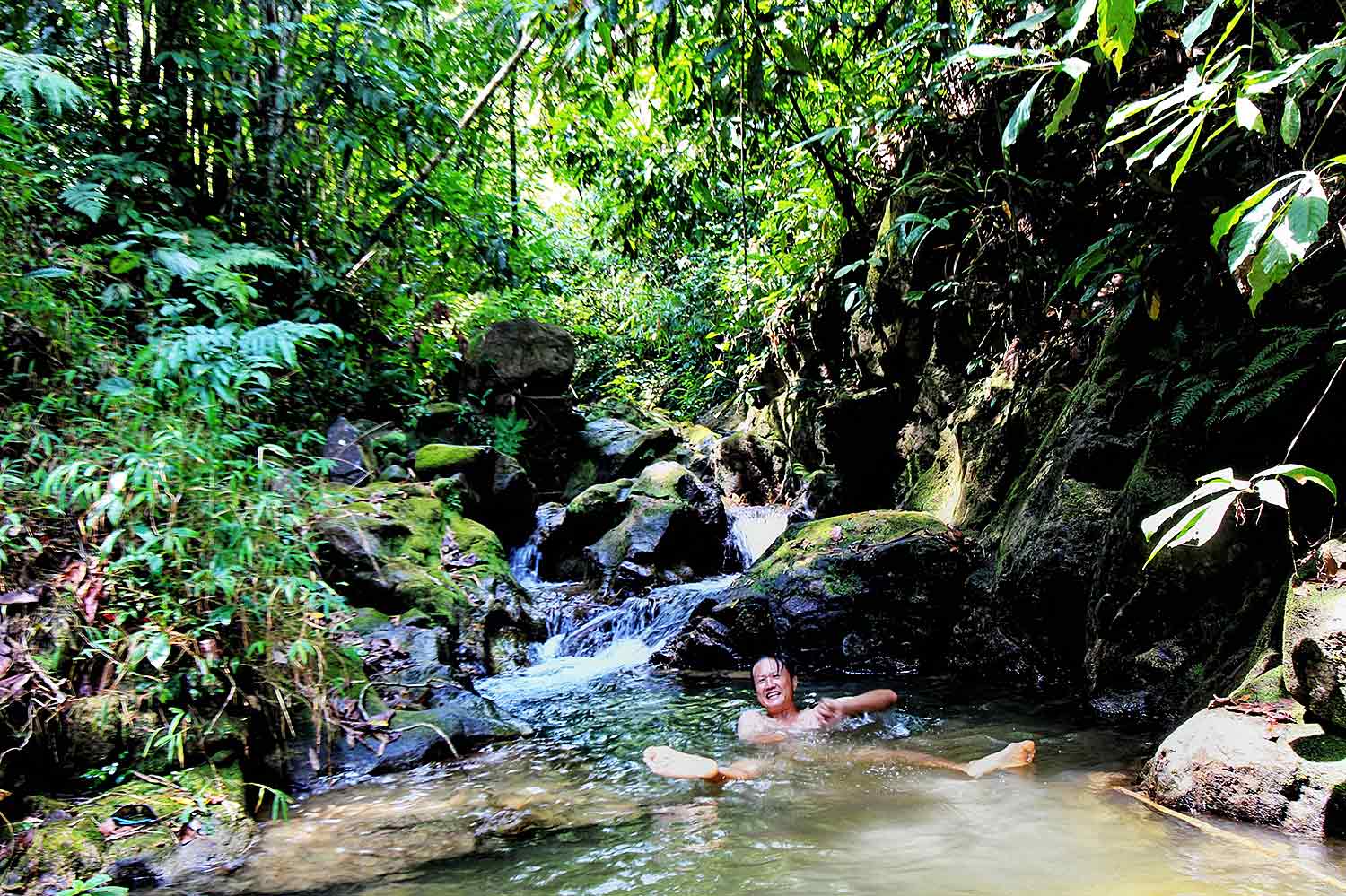 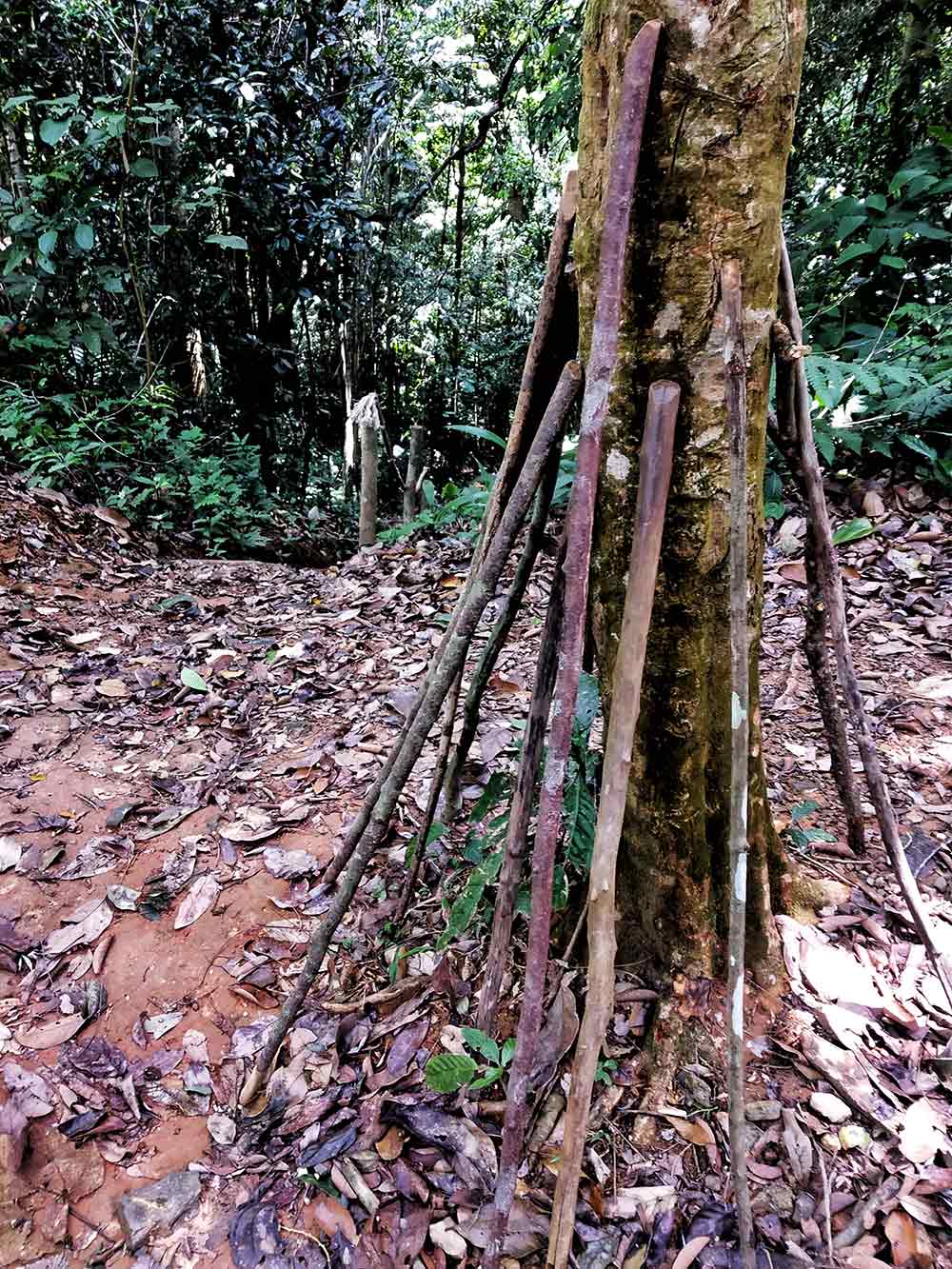 On the way down the mountain, we stopped several times to take pictures. At certain spots, like this small waterfall by the roadside, we couldn’t help but take an extended break. Because of our limited time, we were forced to skip a larger falls called Namtok Ton Ton Mak, which required a trek down into a valley. The sticks left behind by previous visitors who had used them as walking poles indicated the steepness of the trail. In the lowlands not far from Phu Ta Jo, there are two hot springs, Plai-Poo and Rommanee, where you can give your journey a soothing finish. 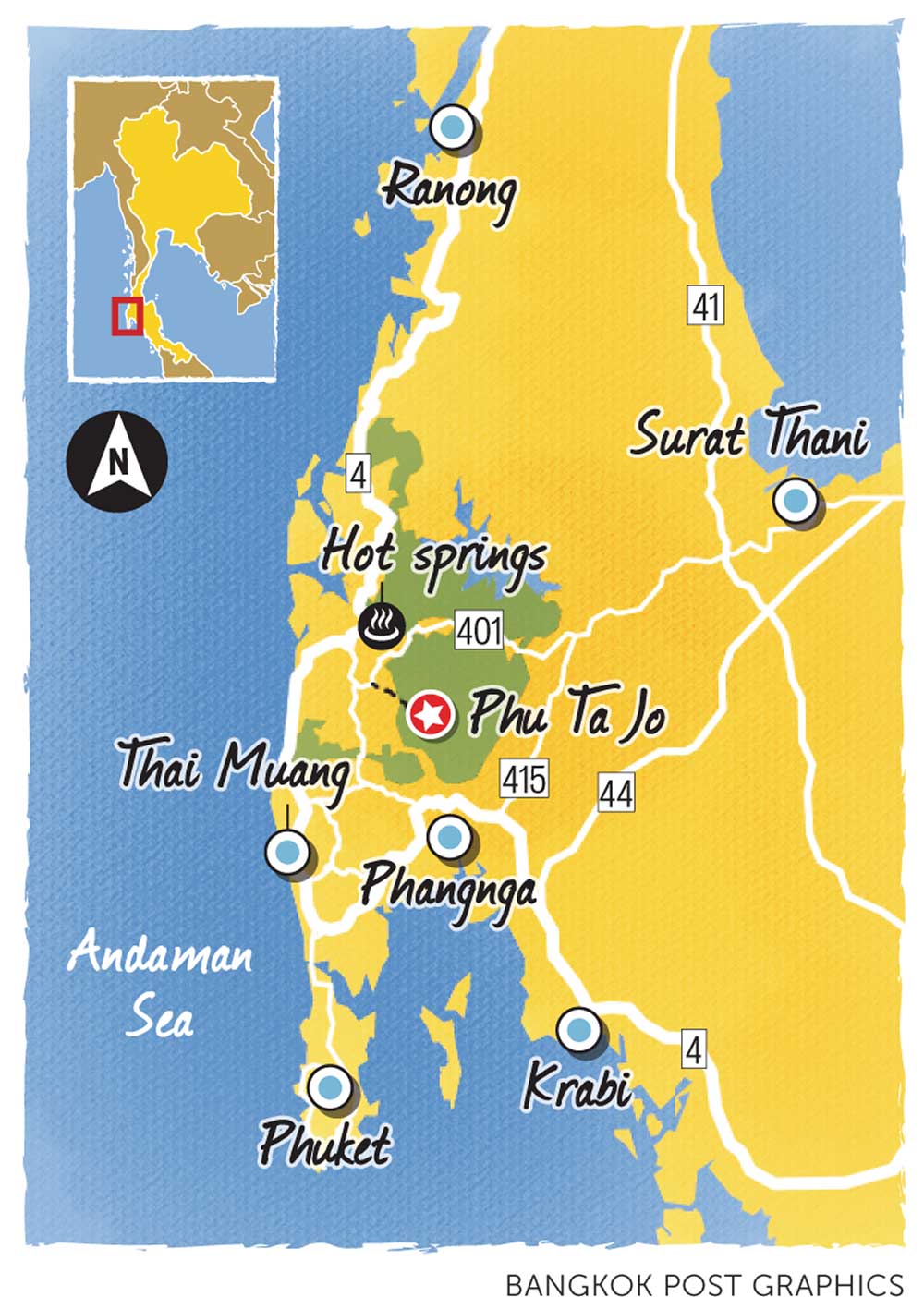