There are many places throughout Thailand with some, if not all, of these elements, but not Photharam district in Ratchaburi. This town remains relatively unchanged from its humble origins, while still offering the itinerant-minded reasons to stop and take a peek.

Photharam is situated along the Mae Klong River. Most of what could be called development for this small town is concentrated on one side of the river. On the other side, only a lone temple is found amid dense vegetation.

In the early days when boat travel prevailed, ethnic Mons lived along the Mae Klong. After the southern railway was built, Chinese migrated from Bangkok, settling along the railroad tracks near the train station. The Chinese constructed a school and several shrines.

Rows of wooden houses in the town centre eventually gave way to concrete shophouses. Only a few wooden structures remain scattered about.

Outside the town centre, clusters of Thai and Lao villages were built along the riverbank with the fields behind used for rice. More recently, this area was mostly converted to orchards, which share swathes of land with rice plantations.

The lack of change in Photharam is attributable to its location, which is midway between Ban Pong and Muang Ratchaburi districts, both of which are thriving commercial centres. 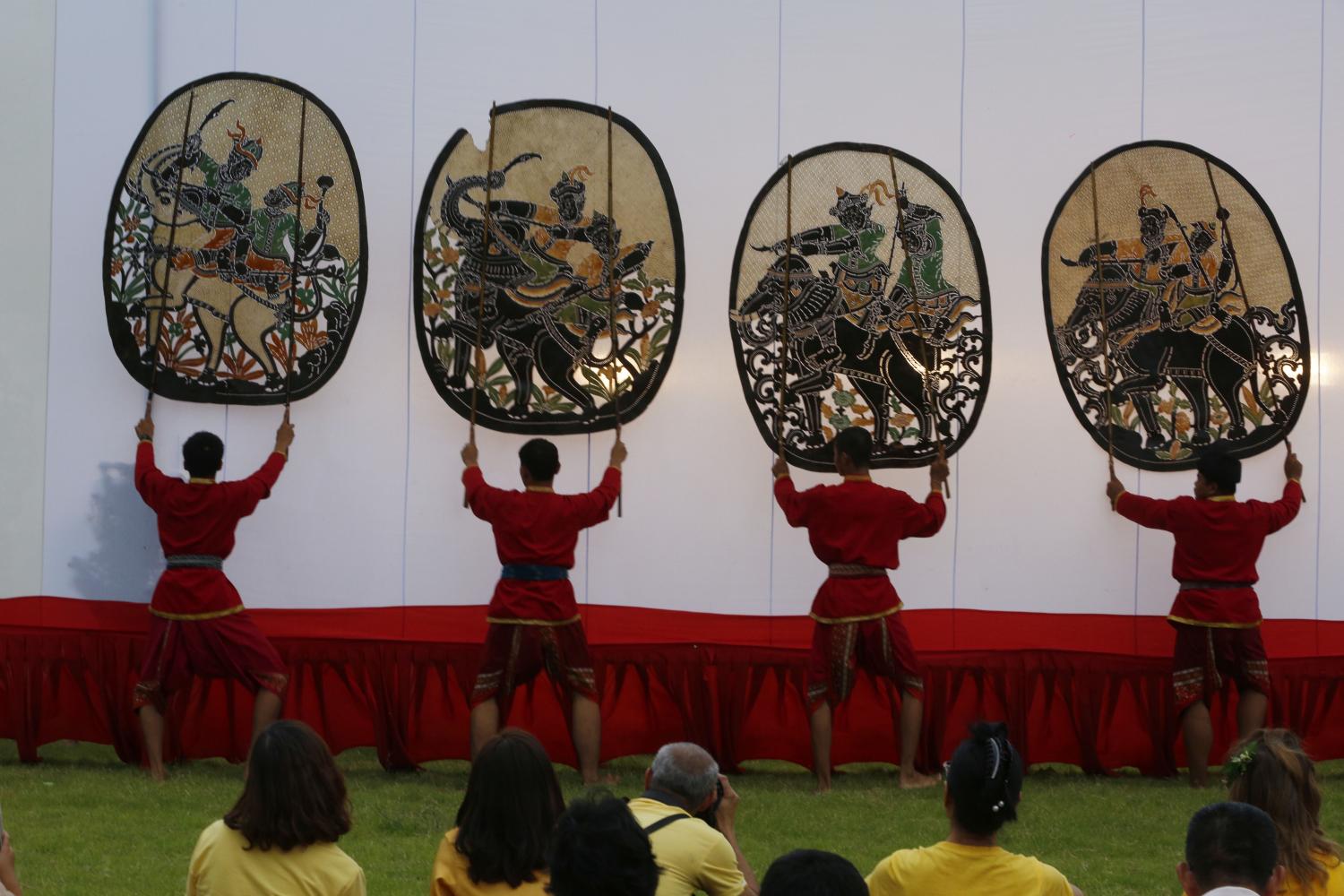 Nang yai is performed at Wat Kanon to celebrate the Royal Coronation earlier this year.

Photharam is thus more suitable for simple living rather than conducting business. There are no hotels for salesmen to stay as not much business is going on. Only a small number of basic stores selling everyday necessities are here. Among them is a shoe shop where shoemakers still employ traditional methods involving foot tracing and hand stitching.

Other old-style shops include the one selling household utensils made from zinc plates, a drugstore selling traditional medicine, a shop selling rice and conventional mom-and-pop stores. Shops infused with old-time characteristics like these have disappeared from most districts.

The Chinese community continues to strictly follow the old customs. On Chinese New Year and the Hungry Ghost and vegetarian festivals, the town usually comes to a standstill as Chinese descendants close their businesses in celebration. No food shops, even Isan restaurants, are open during the festivals.

Buildings and offices that house government agencies are all old, small and quiet.

A good number of residents commute back and forth by train or passenger van to work in Bangkok. It takes about two hours one way for the distance of 80km.

Photharam is recognised for a particular cultural heritage -- the ancient shadow puppet play known as nang yai, which is well preserved at Wat Kanon. A group of young boys have been trained by dedicated and experienced artists to perform, using shadow puppets carved from cowhide. The troupe hosts a free 45-minute show at 10am every Saturday and Sunday. Once in Photharam, visitors should witness the spectacular skills of these young performers. 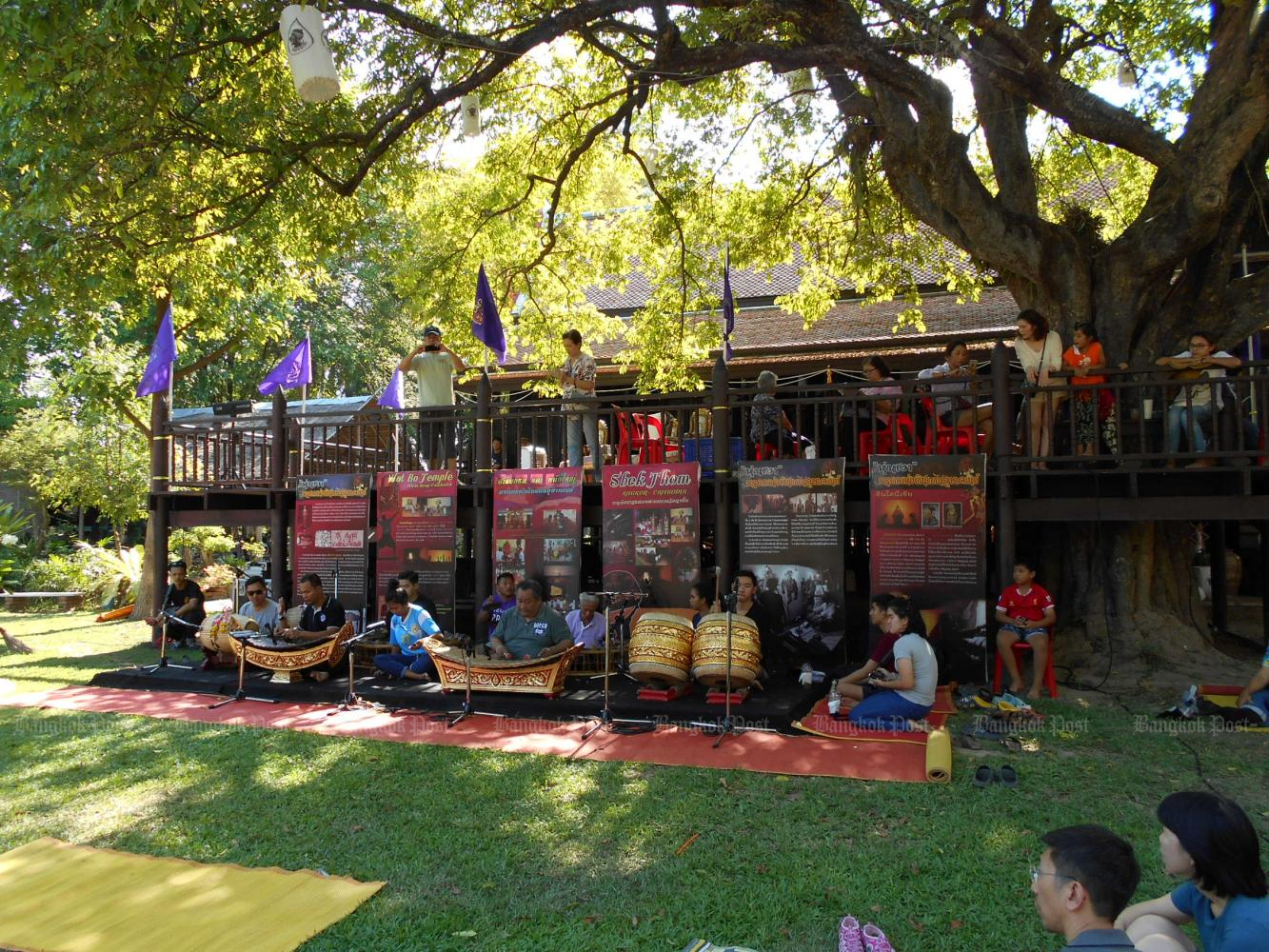 Photharam also is notable for its simple but tasty food. In the town centre, a shop sells tao huu dam -- or black tofu -- a hard tofu simmered in a thick, aromatic Chinese sauce called nam phalo. Diners typically eat it with boiled rice or stir-fried vegetables. Top quality and hygienic bean sprouts are produced at an old household. People have to rush to get them in the morning as only a limited amount is available each day. Photharam's locally produced egg noodles are delicious. They are prepared the old way, using a bamboo stick to knead the dough. The noodles are sold to shops within Photharam district.

Tambon Jed Samien, 3km from Photharam, is well known as a production hub of salted radish called hua chai po -- or dried and salted Chinese radishes. There are nearly 10 factories that produce the salted radishes on an industrial scale. Each factory has its own outlet to sell its products. In Jed Samien, visitors can enjoy shopping for local products and produce at an ancient market by the river, which operates on weekends.

Photharam may not have attractions exciting enough to draw tourists but it is remarkable for being original, modest and peaceful. This may be the advantage of an absence of tourists.