The Tourism Authority of Thailand (TAT) has launched the Awesome Muay Thai guidebook. 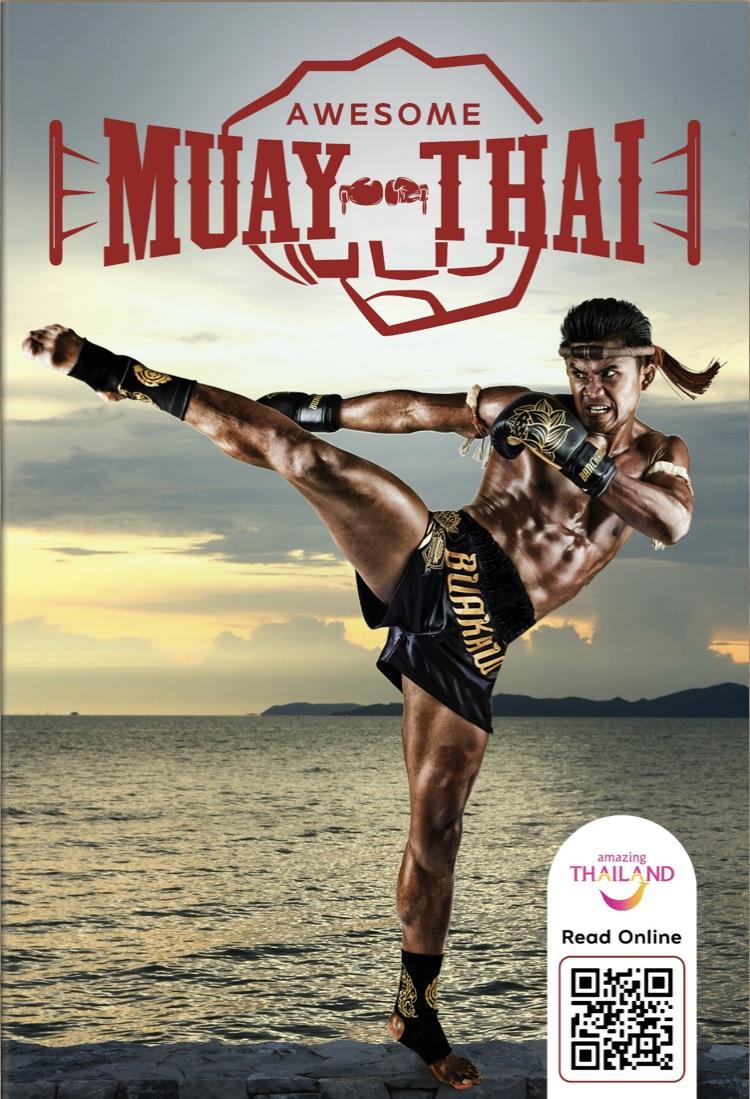 It aims to promote tourism via the well-known traditional martial art.

TAT executive director of Product Promotion Department Thapanee Kiatpaiboon said more foreigners study muay Thai for exercise and for general knowledge about the self defence technique. When they visit Thailand in order to learn muay Thai from real masters, they want to know where they can join a muay Thai camp in their preferred destination.

The Awesome Muay Thai book provides information in English. The 250-page book contains information on the history of muay Thai, the wai kru ceremony which is performed by students and fighters to show respect to teachers, tattoos and muay Thai, muay Thai stadiums, gyms and camps in Bangkok and other provinces throughout the nation, muay Thai-themed accommodation and shopping outlets for the sport.

The e-book is available free of charge at tourismthailand.org/tourismproduct.

Worldwide international tourist arrivals grew 4%, reaching 671 million during the first half of this year or almost 30 million more than the same period of 2018, according to the latest UNWTO World Tourism Barometer.

The growth was led by the Middle East (+8%) and Asia and the Pacific (+6%). International arrivals in Europe grew 4%, while Africa (+3%) and the Americas (+2%) enjoyed more moderate growth. The drivers of these results have been a strong economy, affordable air travel, increased air connectivity and enhanced visa facilitation. However, weaker economic indicators, prolonged uncertainty about Brexit, trade and technological tensions and rising geopolitical challenges have started to take a toll on business and consumer confidence.

NokAir will launch its first direct flight from Bangkok to Guwahati, the capital city of the northeastern state of Assam in India, on Sept 21.

The two aircraft will be initially deployed on existing long-haul routes operated by AirAsia X Thailand. The destinations include Japan, Australia, China and South Korea.

AirAsia X also placed an order with Airbus for an additional 12 A330neo, bringing a total 78 aircraft on order for this type.

The property has one restaurant, swimming pool, an aquarium pool where you can snorkel to see schools of fish and a pool bar.

Suan Sampran in Nakhon Pathom offers an Organic Weekend Package, offering up to 29% discount on rooms.

Available for booking during Friday to Sunday, a night stay is priced from 3,000 baht (Superior River Wing Room) to 6,000 baht (Family or Executive suite) including taxes and service charge.

The hotel is located on a 127 rai plot of land on the bank of the Tha Chin River and about 80km from Suvarnabhumi International Airport.

Aman Resorts has signed a partnership with Nai Lert Group to open its first Aman brand in Bangkok. Under the agreement, Aman and Nai Lert Group will develop a luxury hotel and residences project. It will be named Aman Nai Lert Bangkok and will be opened in 2022.

"Nestled in the century-old tropical gardens of Nai Lert Park, Aman Nai Lert Bangkok will offer a unique connection to the rich heritage and history of Bangkok enhanced by the gracious traditions of Thailand," said Aman Chairman and CEO Vladislav Doronin. When the project is completed, it will be the second property in Thailand after Amanpuri in Phuket.