Christopher Jakobi, an Aboriginal guide, squatted with his kangaroo-skin bag to burn native plants in a coolamon. They gradually caught fire and produced a cloud of white smoke. I stood in awe of the descendant of the Aboriginal people, who had lived in Australia for thousands of years before British explorer Capt James Cook arrived in the late 18th century.

With all eyes on the glowing ember of flame in a wooden hearth, the indigenous guide said he was performing a smoking ceremony to welcome new visitors. "We are now standing on the ancestral land of the Kulin People. All these plants are central to the ritual and our daily life," he said at the Royal Botanic Gardens Victoria in Melbourne.

Australia is a country rich in indigenous traditions and cultures. To help visitors learn more about it, Australia's Department of Foreign Affairs and Trade (DFAT) recently organised a trip to educate Asian countries about its Indo-Pacific engagement.

Waving the wattle in his hand, Jakobi said it represents his ancestors who pass down culture and knowledge. 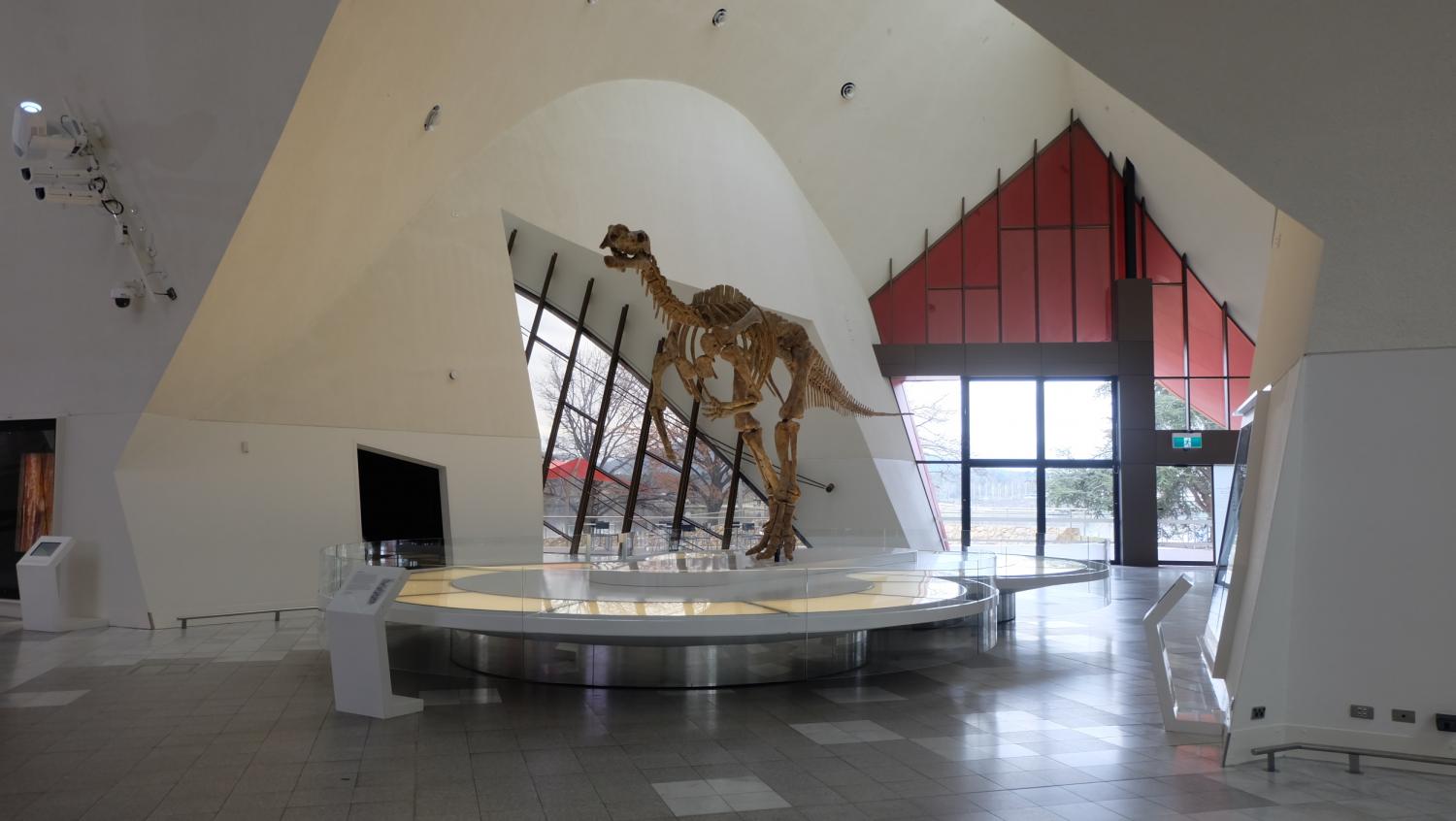 In the light of postmodern architecture, the National Museum of Australia in Canberra features loops, curves and odd shapes. Thana Boonlert

"We can melt its sap and then mix it with ash to make glue. With its water-resistant quality, we can use it to repair holes in our canoes and create spearheads," he said.

Then Jakobi handed to us eucalyptus leaves, which represent the middle generation. "They were taken from the nearly five-century-old tree over there. They are indigenous to our landscape. We can harvest sap to make medicine, bark to make canoes and shields, and wood to make boomerangs," he said.

Lastly, cherry ballart represents children. "Native cherry is hemiparasitic at an early age, but will be independent when it matures. We can use it as an antidote to venom," he said.

Once the fire died down, he gave us cups of tea made from lemon myrtle and invited us to look at an indigenous map on the ground. "The ritual can ward off evil spirits and cleanse our minds," he added at the end of the smoking ceremony. Jakobi encouraged us to learn about plants that grow in the botanical garden. As a custodian of the ancestral land, he opened my eyes on the first day of my visit to the rich and complex history of multicultural Australia.

The gate that kept children in

We left Melbourne for Canberra the next day. I had an impression that it is in the middle of nowhere and leafed through a history book for clues. In 1912, American architect Walter Burley Griffin won an international competition to design Canberra as the new capital city of Australia. 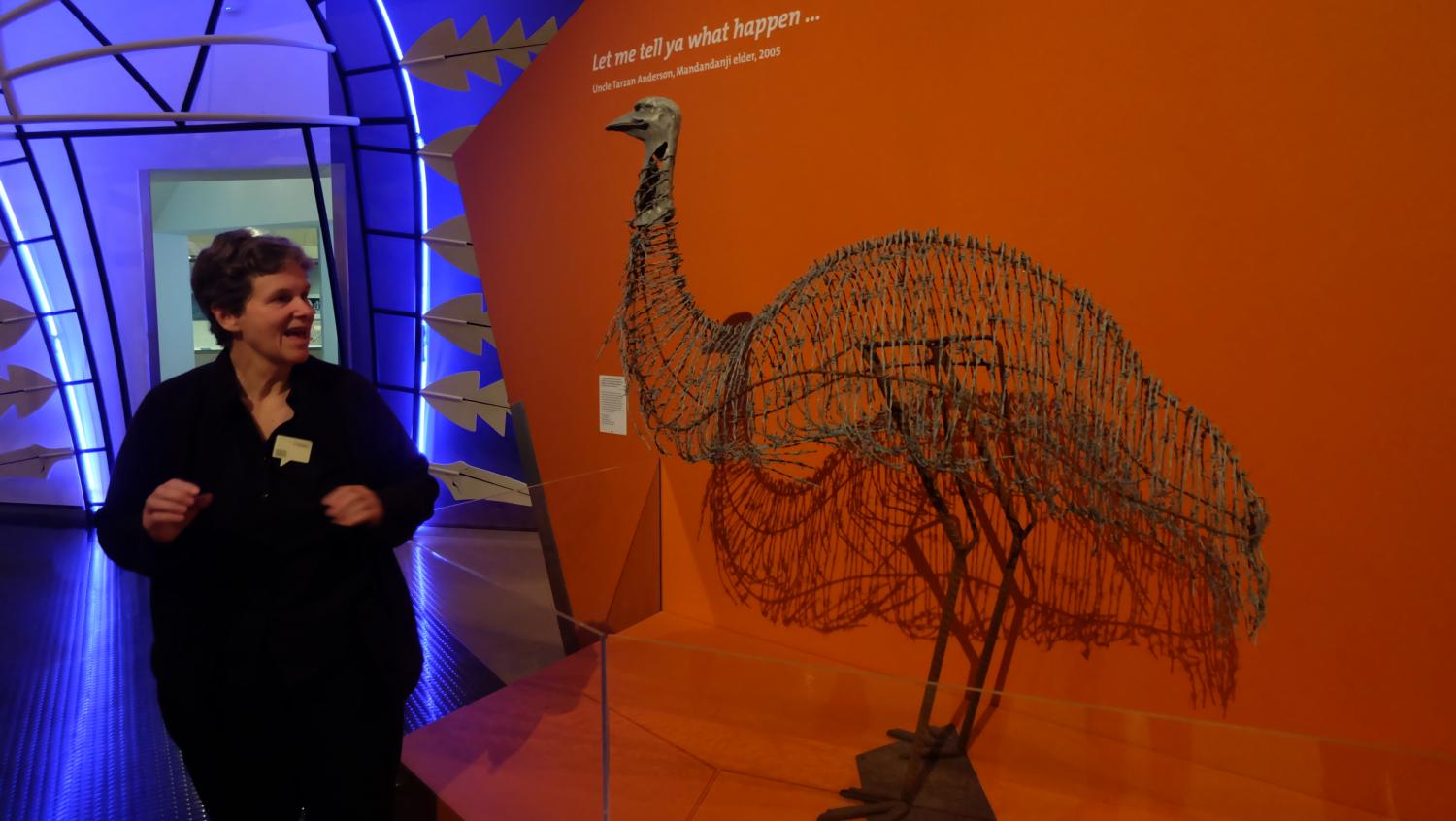 We reached the National Museum of Australia that sits on Acton Peninsula. In the light of postmodern structure, the building features loops, curves and odd shapes. After a native guide welcomed us to her ancestral land to ensure that all spirits keep us safe throughout the journey, Helen Ennis, the curator, introduced us to the indigenous people's artefacts, such as stone tools and artwork.

However, the forced removal of children from their indigenous families is one of the most controversial pages in Australian history. Ennis stood in front of the remaining half of the front gate of the Kinchela Aboriginal Boys Training Home. 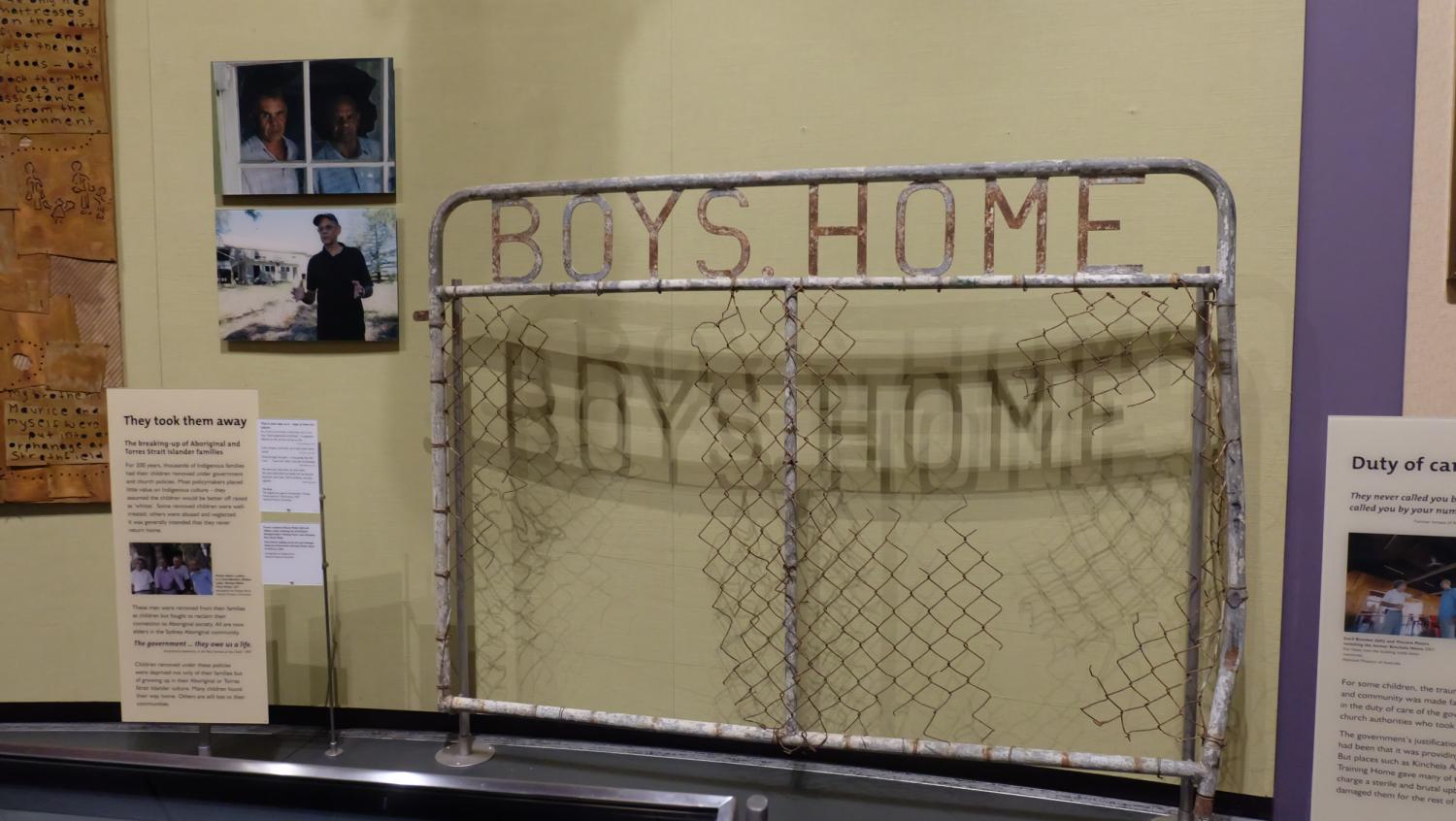 The National Museum of Australia in Canberra displays the remaining half of the front gate of the Kinchela Aboriginal Boys Training Home. Thana Boonlert

"In 2008, Prime Minister Kevin Rudd offered an apology to the indigenous people of Australia for what had been done to them," she said, referring to Australian governments' policies on racial assimilation from 1814-1980.

"We are talking about the 'Stolen Generations' who were taken away from their families and placed in children's homes and mission stations for opportunities, such as education, food and housing. I guess, at that time, it was out of good will. They were told they didn't have parents and relatives. Some of them are now trying to look for their families with the help of many organisations," she said.

Two of her friends, now in their 50s, are part of the stolen generations. "One said it is the best thing that has ever happened to him because he needed education. However, for the other, I can see the hurt in his eyes. When people ask whether it is good or bad, all I can do is to give you two examples. It is complex and difficult to define," she added.

Canberra is described as "a centre of power" because many government buildings are located here. Among these is the Australian Parliament House. In 1980, American firm Mitchell Giurgola and Thorp won an international competition to design the new parliament house to replace the old building. 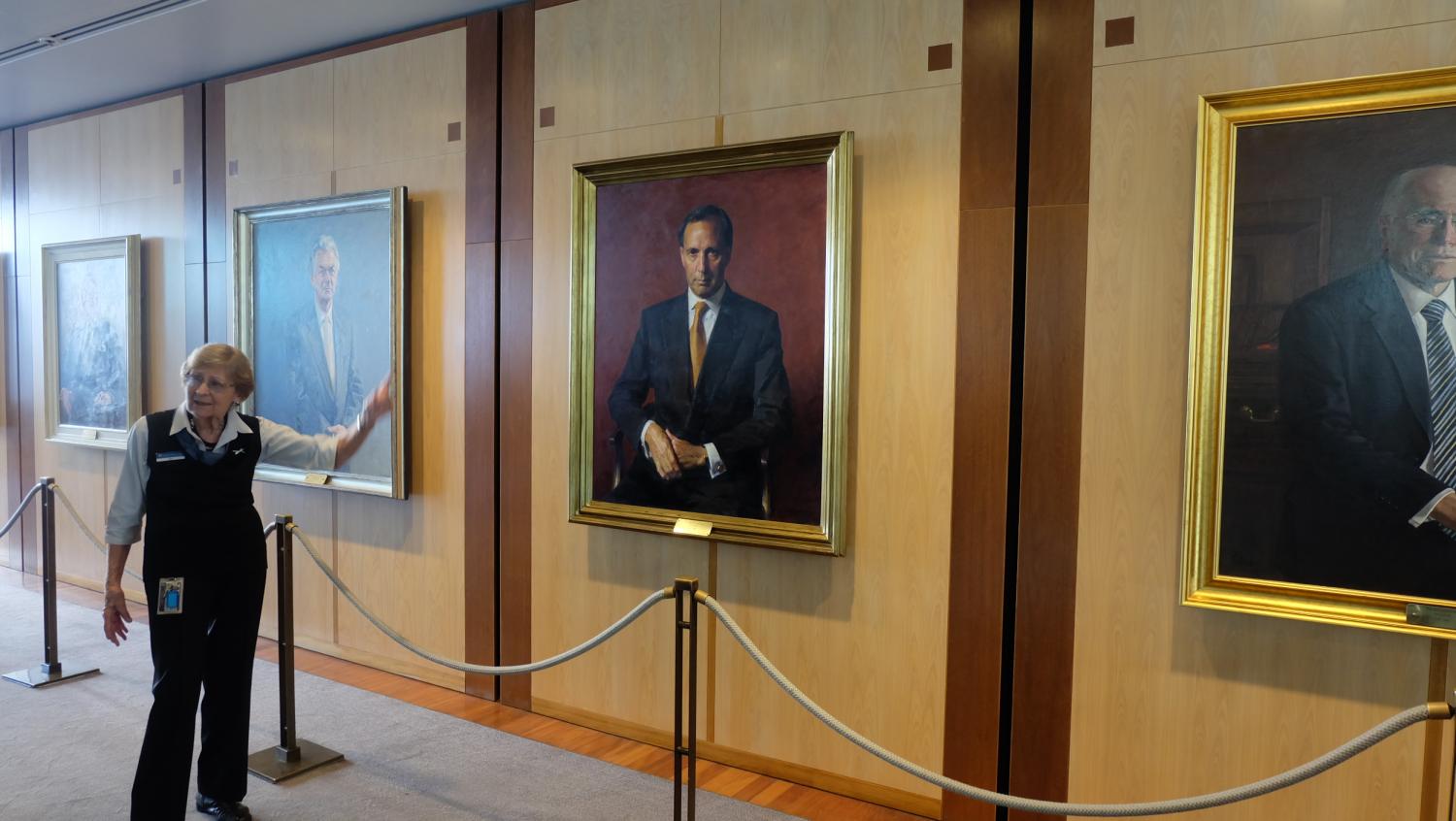 Gina Hall talks about portraits of former prime ministers in the corridors of the Australian Parliament House in Canberra. Thana Boonlert

Gina Hall, the senior guide, welcomed us to the seat of politicians. The Great Hall features a large tapestry based on an oil painting by Arthur Boyd. "It tells the story of the Australian bush. You can see the blue sky, Halley's Comet, the bird, and the eucalyptus forest," she said.

The corridor of the building boasts portraits of former politicians. "They are painted when they finish office. They do show personalities. Look at Julia Eileen Gillard's smile. It is as if she said, 'I made it', because she was the first female PM of Australia," she said.

Hall took us to the House of Representatives chamber in gum-leaf green. "The chamber in the old parliament house was a darker green because it was copied from the House in London. At that time, Australia was linked to what was called in my generation a mother country. When they planned the new building, they wanted the colour to represent Australia," she said.

Hall said MPs are required to be in the chamber when they have to vote on any proposals. "I was in the hall with schoolchildren once. Suddenly, a man ran down the corridor. I was about to say you are not allowed to run in the building, but it was Malcolm Turnbull. I let him run because there must have been a vote," she said. 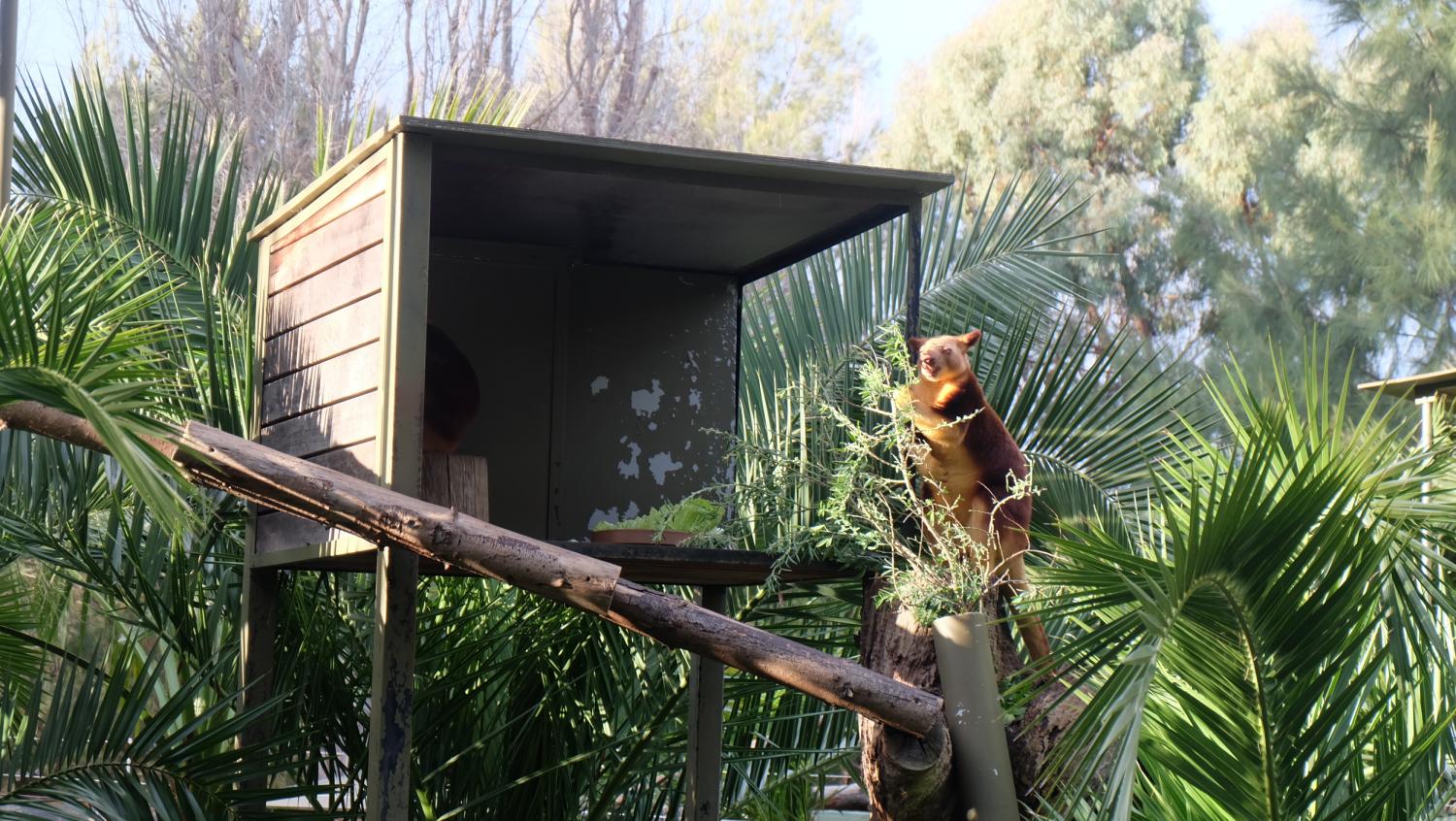 On the other wing of the building, the Senate chamber is painted wattle red. Hall pointed to the kangaroo and the emu on the president's seat. "Two native animals cannot move backwards, so does our country. Australia is a forward-looking nation," she said.

The two chambers provide platforms for 226 parliamentarians to debate laws and policies for Australian citizens. After Hall took us to every nook and cranny of the new parliament house, we went to the National Zoo and set off for Sydney in the late evening.

On top of the world

I sighted the Opera House after taking the ferry across Watsons Bay. We spent our last two days in Sydney. The Harbour Bridge Climb was the most daunting tourist destination for me. 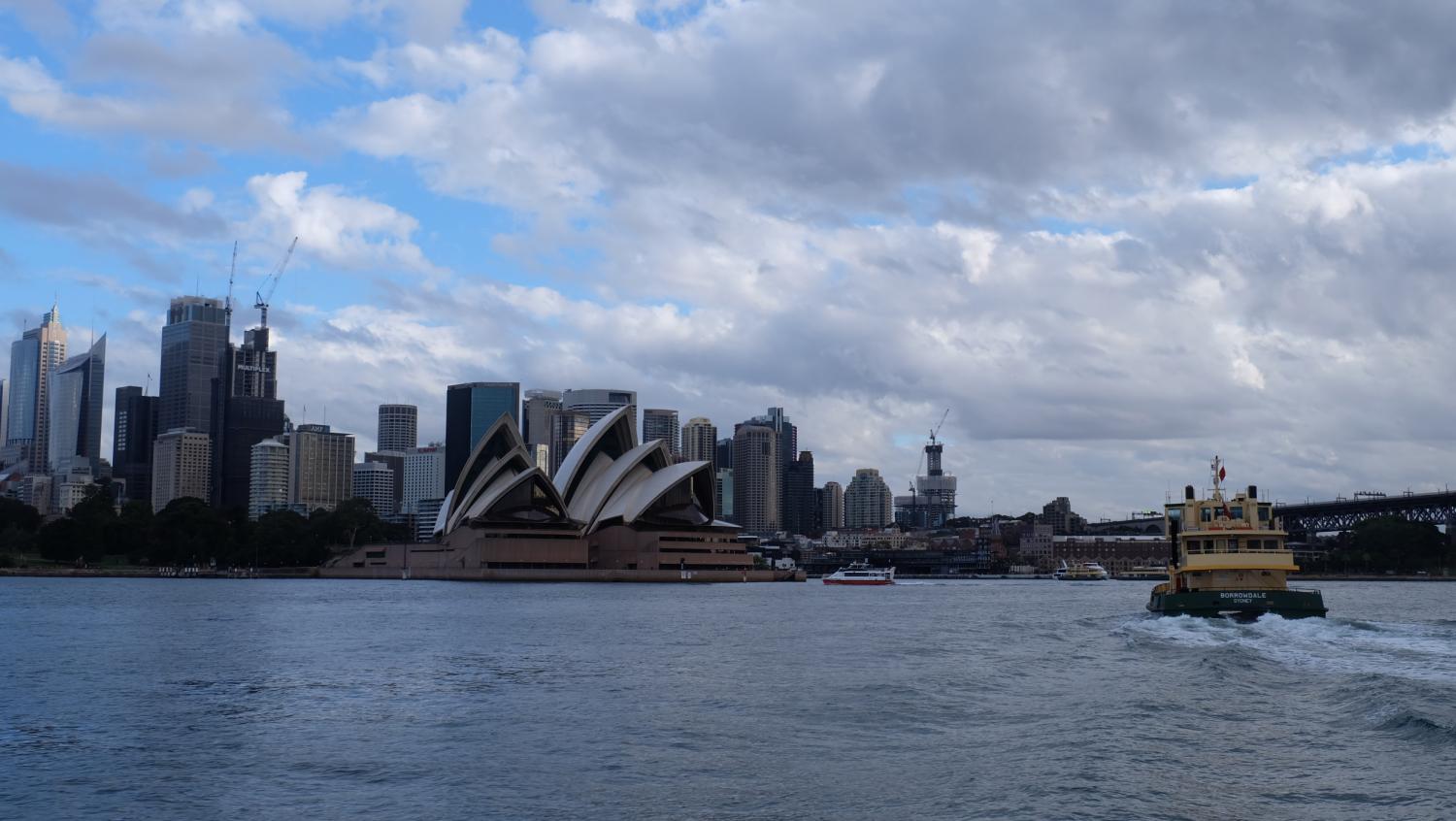 The Opera House is close to the Harbour Bridge in Sydney. Thana Boonlert

The steel arch bridge stands 134m above the harbour. I began my ascent and followed the staff carefully. It was still comfortable at the bottom of the bridge, but the higher I climbed, the harsher the weather became. The wind howled and filled me with dread, but I, heart pounding, fought my way up.

Finally, we made it to the top of the bridge and saw the city was lit in twilight. As the trip to Australia came to an end, it strangely evoked my encounter with Jakobi setting fire to plants in the coolamon. Australia left me with a sense of wonder and curiosity about the world.