The lesser-spotted wonders of Lucknow
Travel

The lesser-spotted wonders of Lucknow

Uttar Pradesh may be best known for the Taj Mahal in Agra, but its capital is a no-less-fascinating legacy of Mughal grandeur

After a three-hour flight from Bangkok, I found myself at an immigration counter of Chaudhary Charan Singh Airport, aka Lucknow Airport. An expressionless officer flipped through my passport and made a gesture signifying that I follow the instructions on the fingerprint scanner and place the fingers of my left hand, minus my thumb, on it. Obediently, I complied. The machine flashed a green light. The officer shook his head. 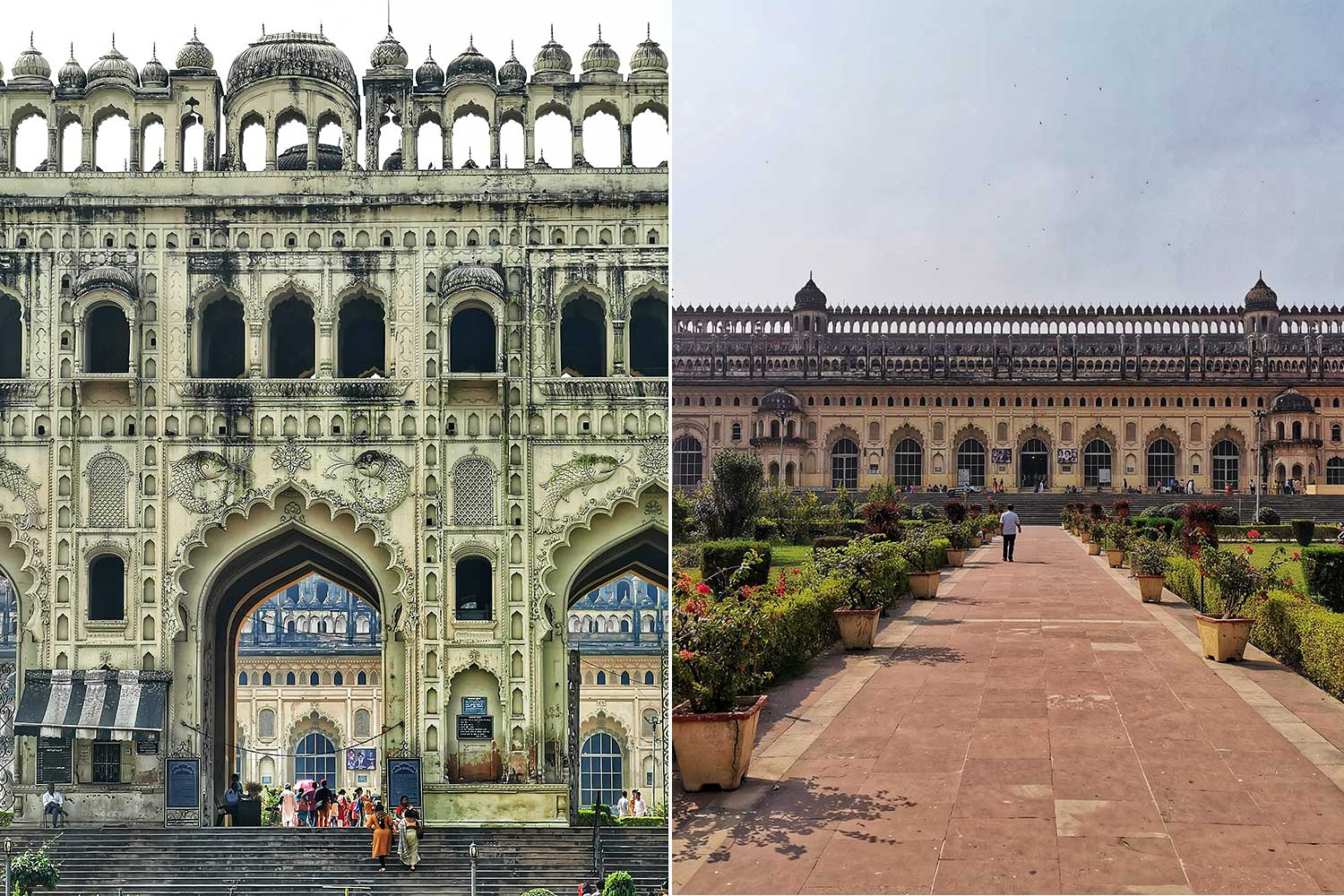 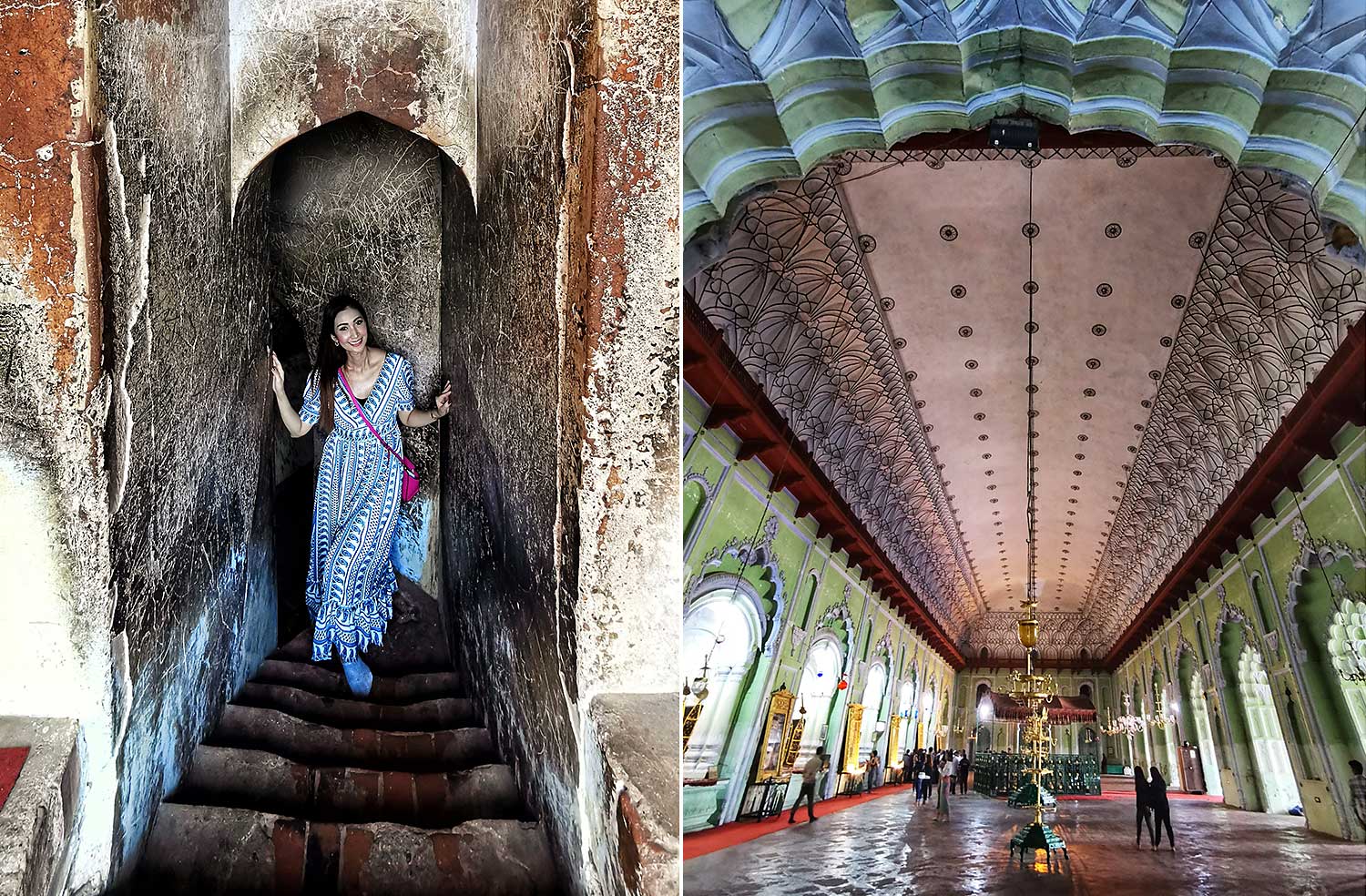 It’s surprising that such amazing architectural wonders like Bara Imambara and the Asfi mosque, which is located within the same compound, are so little known. Bara Imambara served as a congregation hall for Shia Muslims. The interior of the massive structure, one of the largest of its kind, isn’t supported by beams or pillars and was ingeniously designed to minimise echo. Even more impressive is the labyrinth on its upper floors. I could have easily spent a whole day exploring this awesome 18th-century monument. 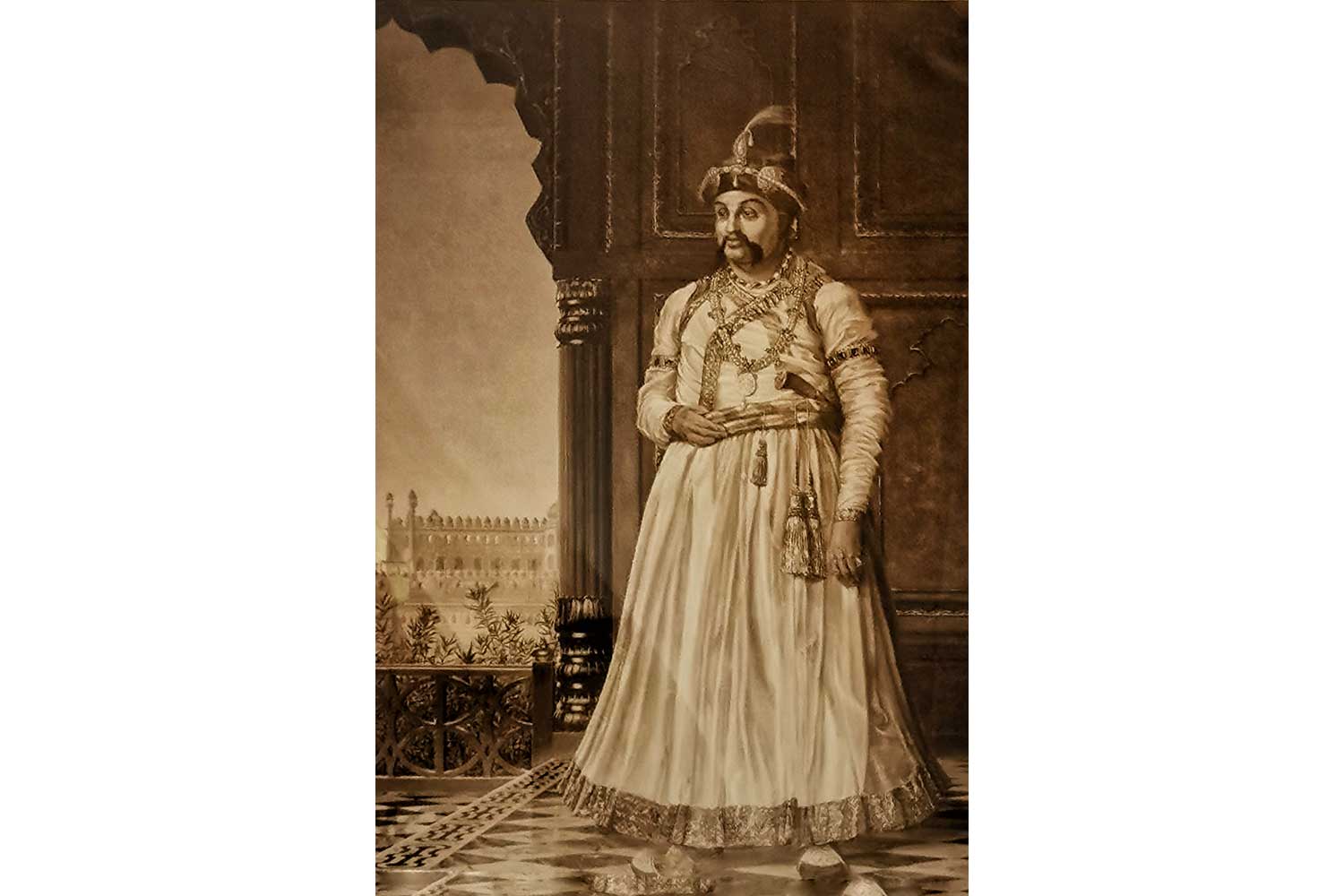 Asaf-ud-Daula was the Nawab of Awadh, a state under the Mughal Empire. In 1775, he established Lucknow as his new capital, although the empire was already in decline at that time. Many of the city’s exquisite historical structures, including Bara Imambara, Asfi mosque and Rumi Gate, were built during his 22-year reign.

He then told me to do it another time, this time with my right hand. The green light flashed again. Still, he shook his head. At this point, I began to feel concerned. This was only my second time in India. I didn't want to be denied entry and not get to visit the country again.

The officer looked at me and told me to place both my thumbs on the scanner. Again, I saw the green light. He saw it too. Again, he shook his head. But this time, I heard him mutter "OK". As I got my passport back and proceeded away from the counter, I realised I was so excited I forgot that in India that kind of head movement doesn't always have a negative meaning.

"Welcome to India! Welcome to Lucknow!" I said to myself.

It was my first time in Lucknow, the capital of Uttar Pradesh, a state in northern India. Despite its political and economic importance, Lucknow is not as well-known internationally as Agra, home of the Taj Mahal. But for those who have a passion for ancient architecture, Lucknow has lots on offer.

During my brief tour of the city, I had the chance to visit some of its many impressive historical sites, including the grand religious complex known as the Bara Imambara.

In addition to its beauty and grandeur, the Bara Imambara is a testament to the kindness of the man behind it, Asaf-ud-Daula.

Asaf-ud-Daula was the nawab, or local Muslim ruler. He initiated the building of the complex in 1784 as a relief measure for his people who were suffering from severe famine. In this way he provided employment, allowing people to earn enough money to buy food to survive.

Bara Imambara took seven years to complete. It is believed that this was because the nawab didn't want the employment scheme to end while the time of hardship was not yet over. So at night-time, he instructed his noblemen to destroy what workers had built during the day, thereby prolonging the relief project.

I imagine the noblemen asking him: "Your majesty, should we pull down a wall tonight?" And the nawab responding with that Indian head shake to mean "Yes".

If the story is true, this legacy of Asaf-ud-Daula, at least to me, deserves no less praise than the Taj Mahal, which was the result of Mughal emperor Shah Jahan's glorified love for his deceased wife Mumtaz.

No doubt, there is much more to see and learn in Lucknow. If you asked me would I visit the city again, I would definitely shake my head. 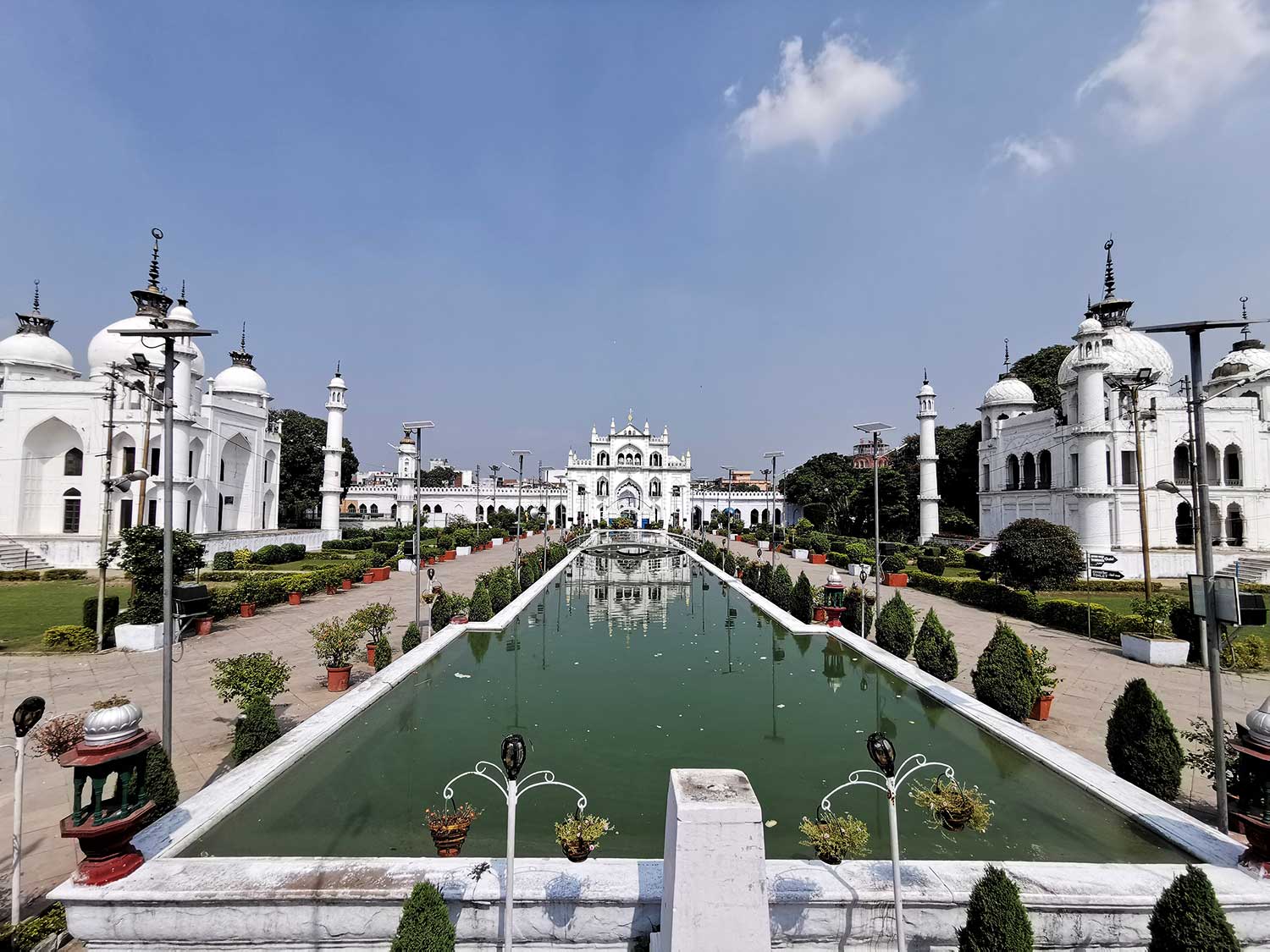 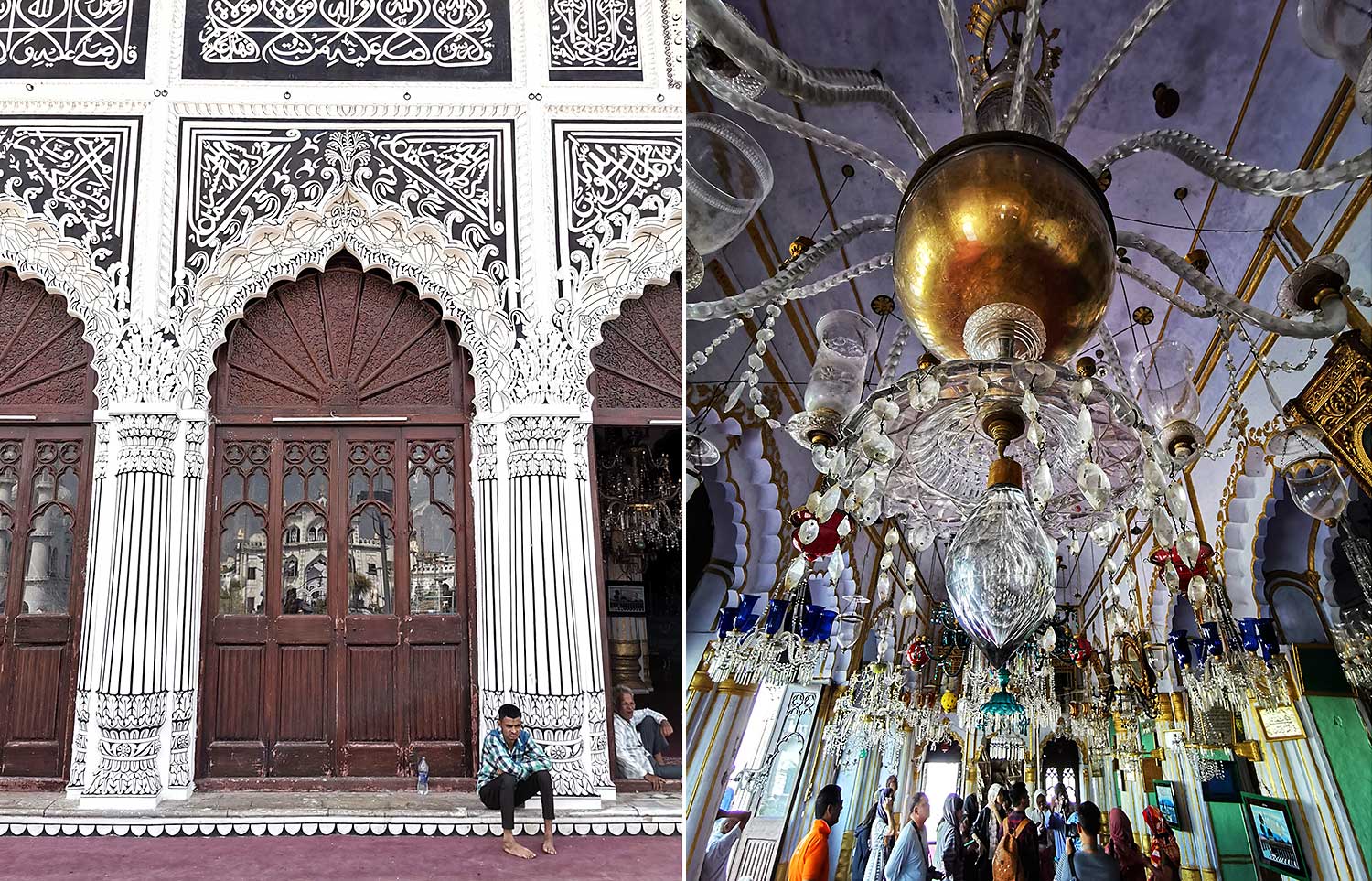 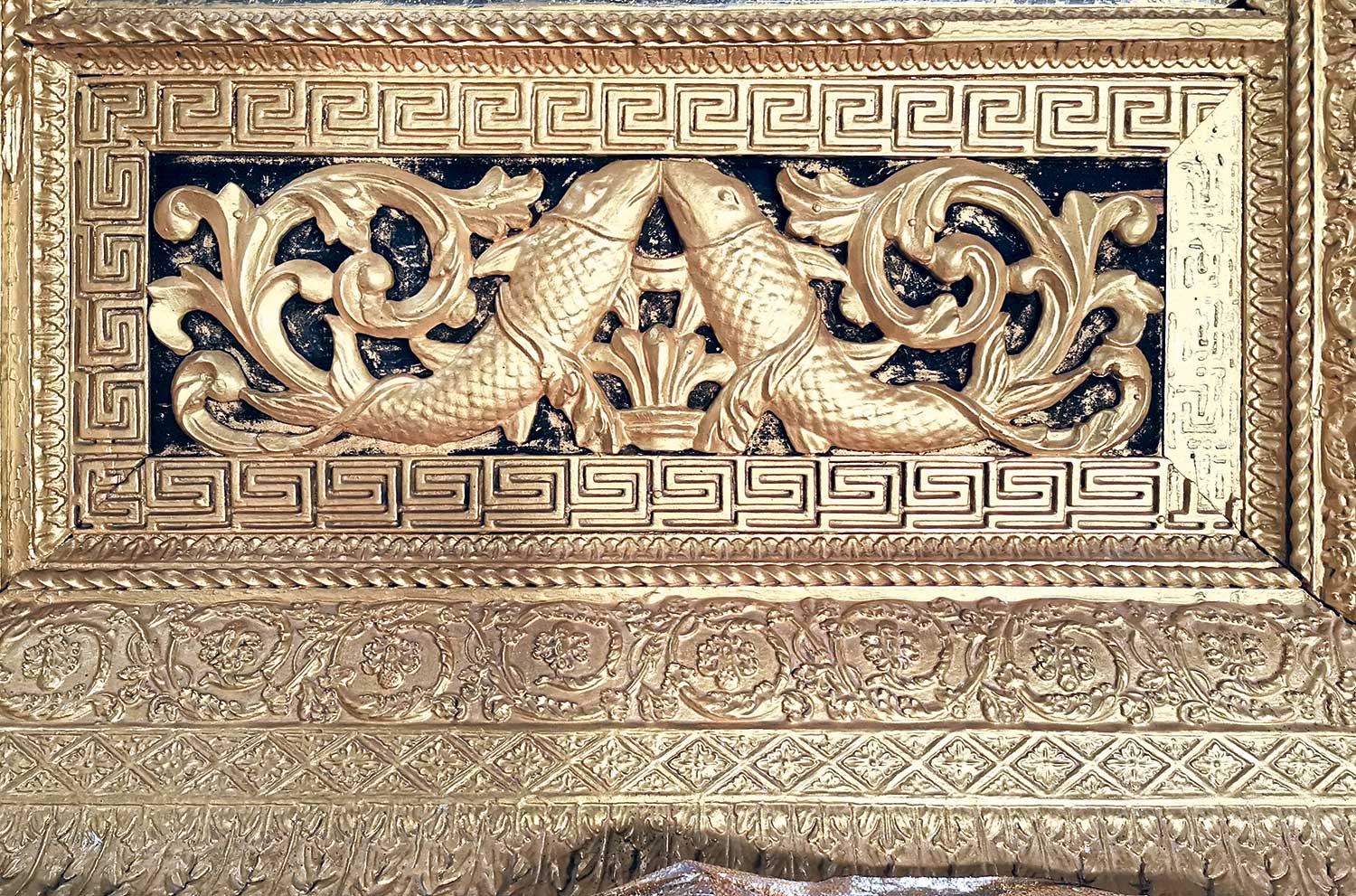 About 1.2km from Bara Imambara sits Chota Imambara, another of the city’s historical landmarks. The intricately adorned congregation hall features a fine collection of Islamic art as well as chandeliers from many different parts of the world. It was built 47 years after Bara Imambara was completed, commissioned by Nawab Muhammad Ali Shah. Chota Imambara also houses the tombs of the nawab and his mother. 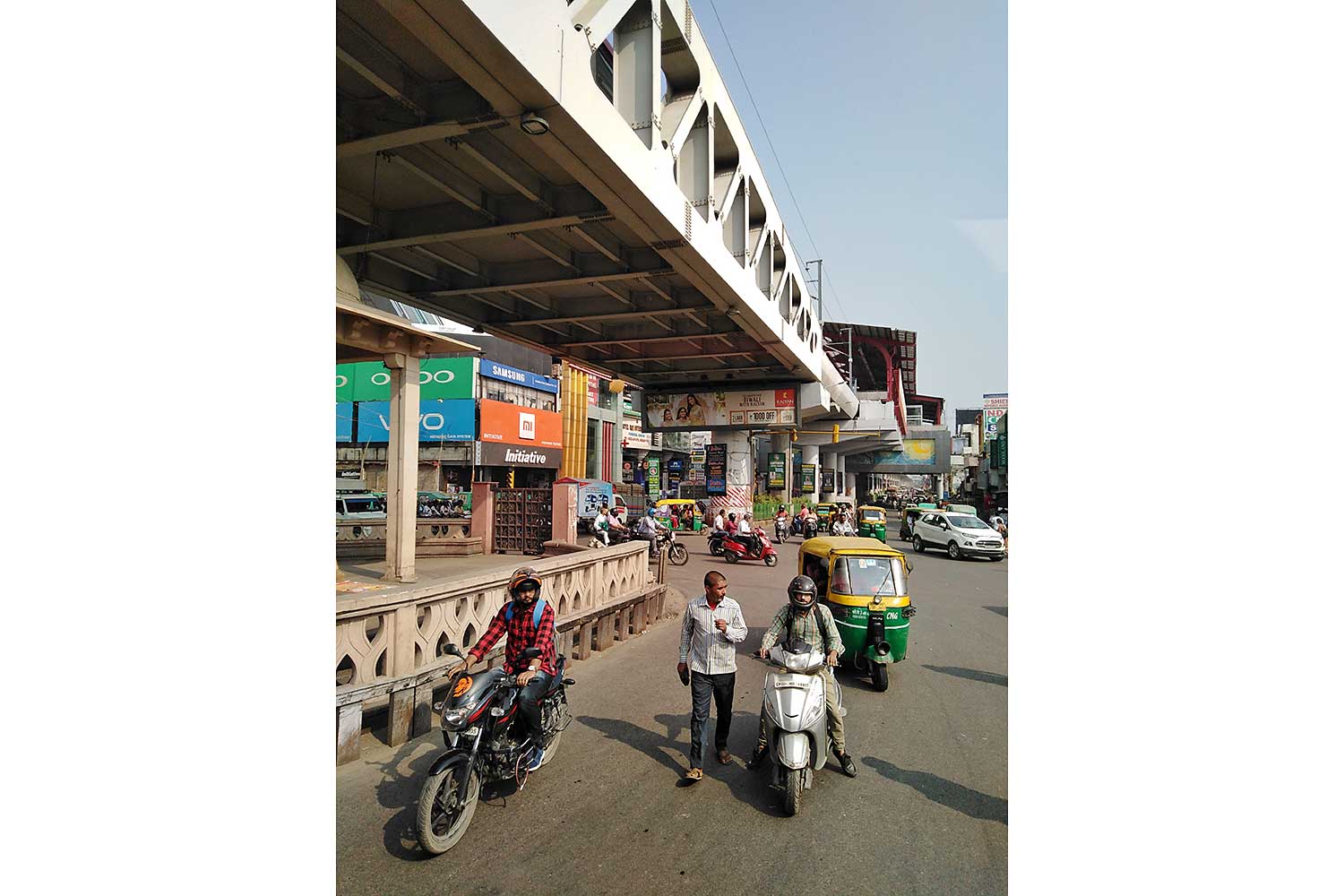 Lucknow’s rapid transit system began operation in 2017. Earlier this year, the metro was extended to the airport and currently covers a total distance of almost 23km. Future extensions are planned and will definitely make it easier to get around. Trains run from 6am-10pm. Uber taxis are also popular among visitors to the city. 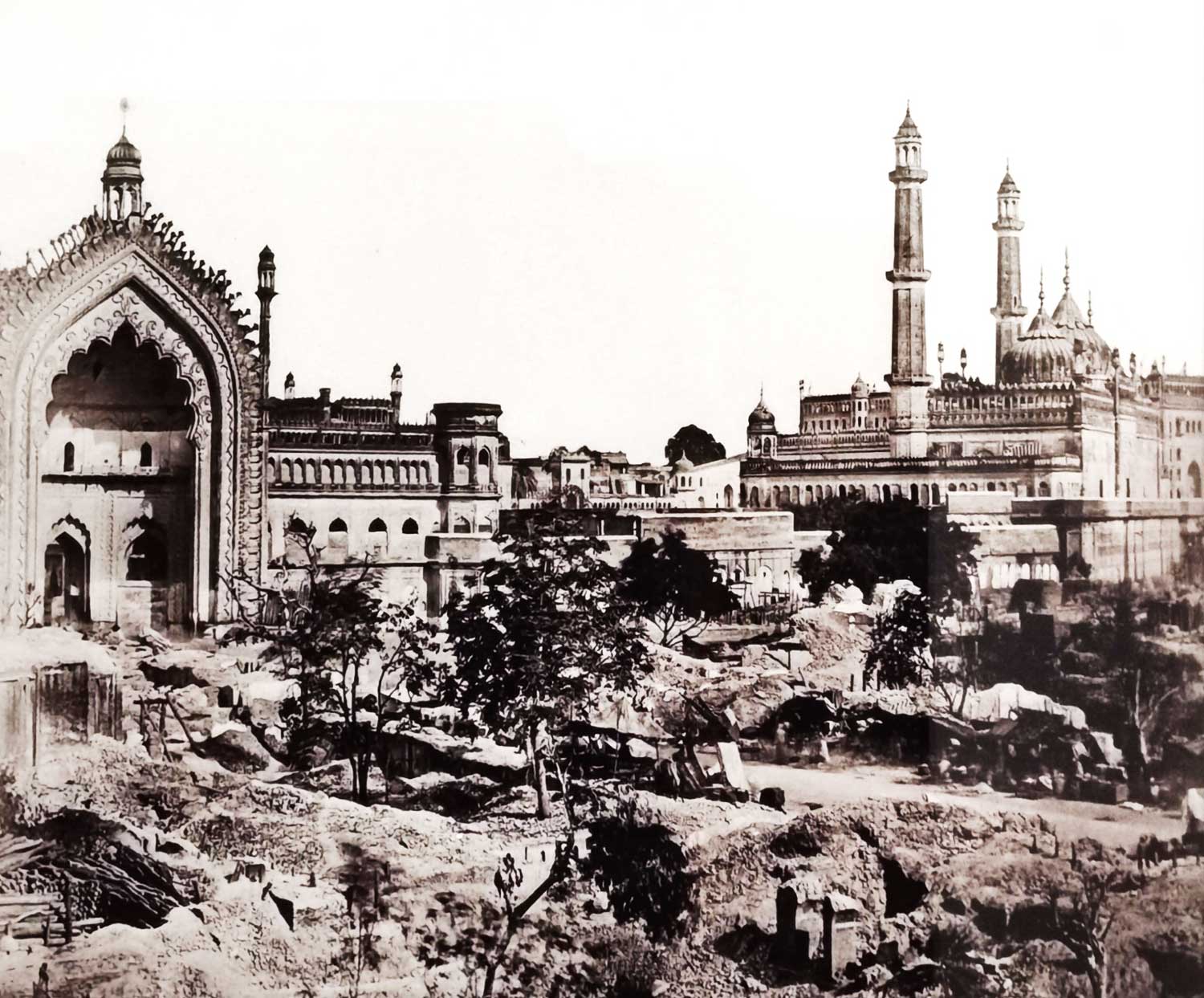 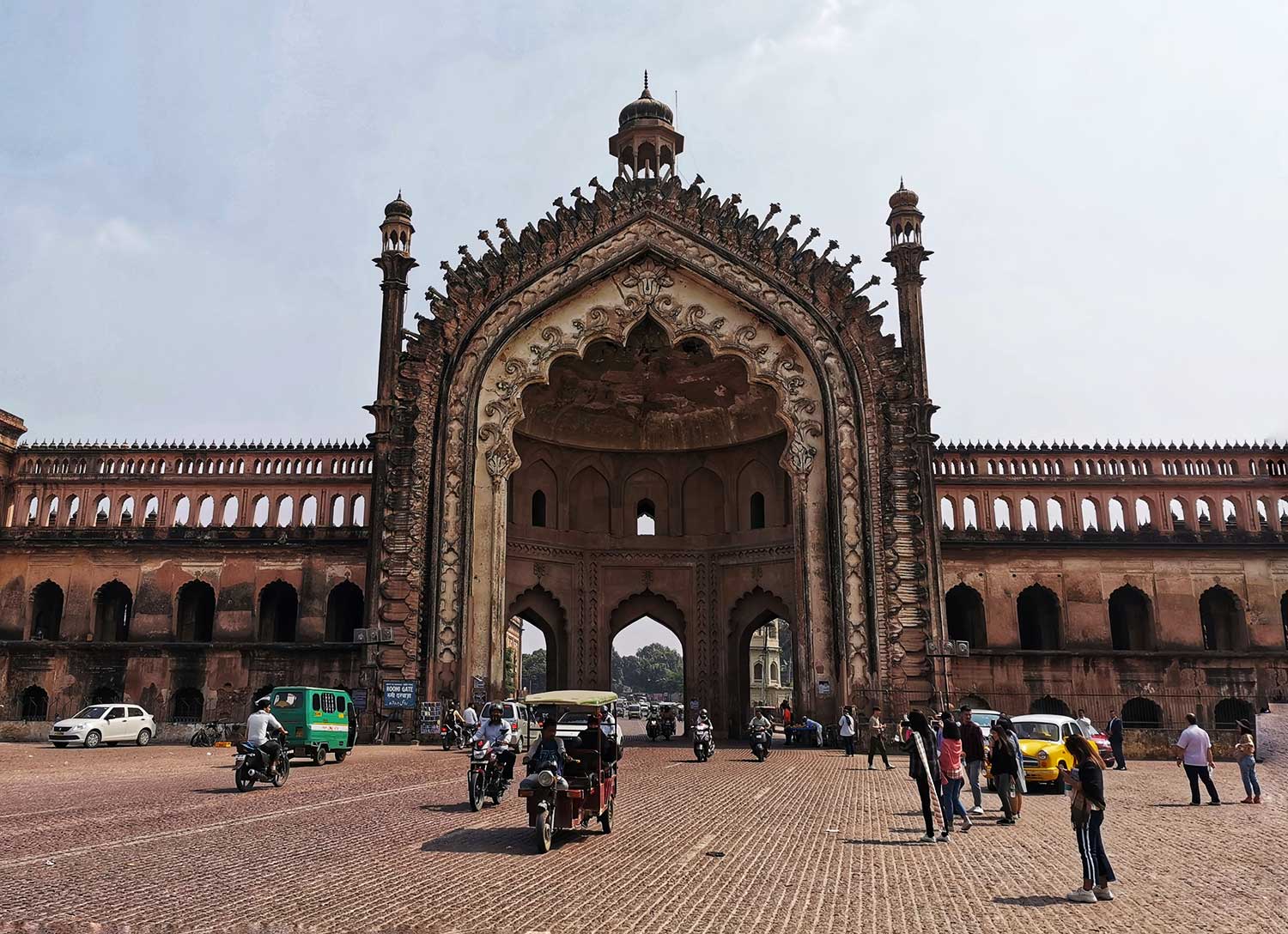 The imposing Rumi Darwaza, or Rumi Gate, just a stone’s throw from Bara Imambara, is another attraction visitors to Lucknow should not miss. The old blackand-white photograph depicts the two historical monuments soon after the failed local uprising against British rule in 1857. The fighting resulted in a lot of casualties and left many parts of the city heavily damaged.

Lucknow is known among Indians for its traditional embroidery, called chikan. One of the best places to buy chikan products is Janpath Market, where many shops specialise in embroidered clothing. The market has plenty of other things on sale, as well as services you might like to try, such as mehndi body art. As in other parts of India, bargaining is part of the game before any purchase is made. 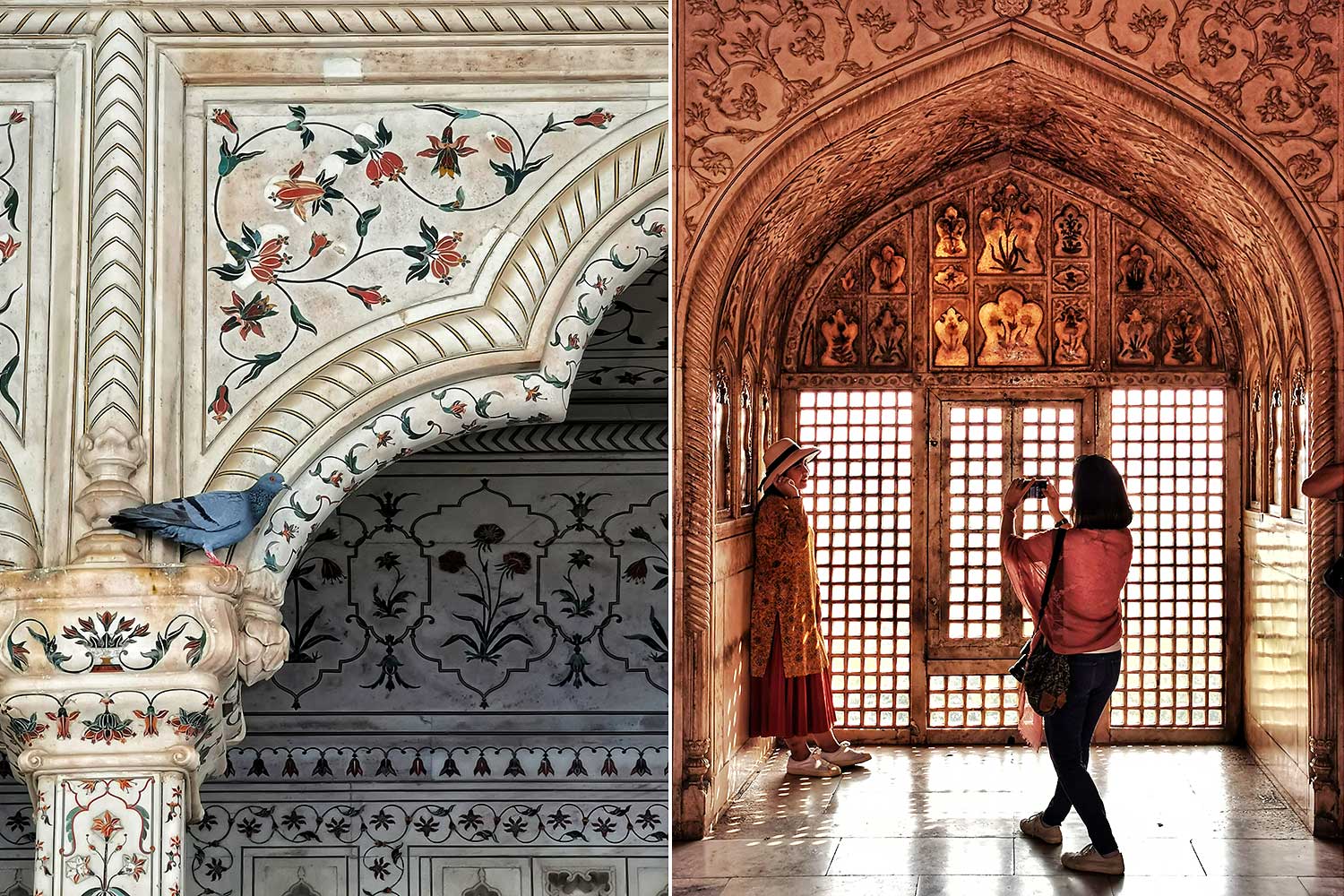 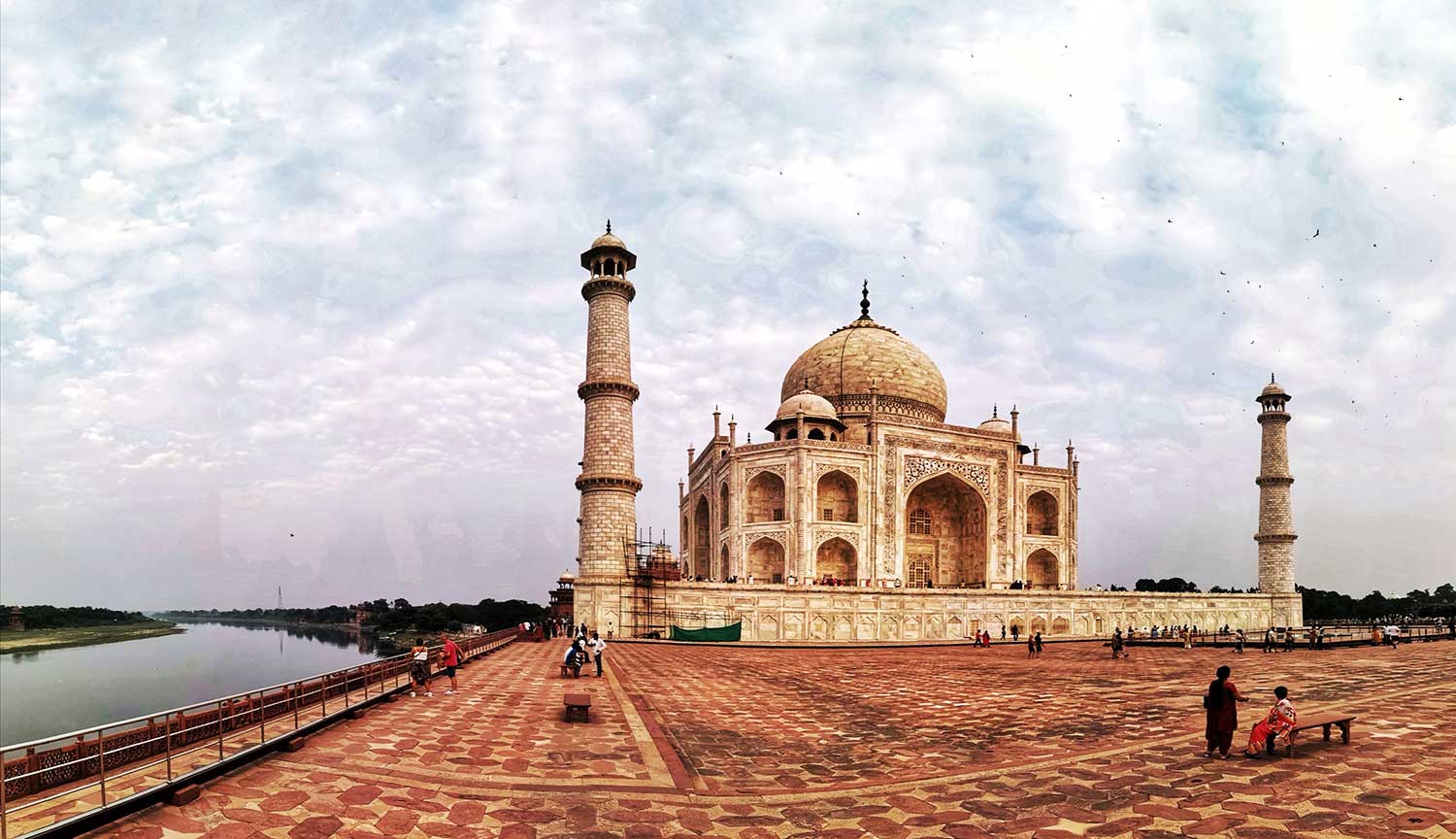 Agra, home of the Taj Mahal, is a four-hour drive from Lucknow. I took this photo of the world-renowned marble mausoleum by the Yamuna River from its west side, the same side Shah Jahan, the Mughal emperor who had it built, could see during his final days from Agra Fort about 2km further upstream. The marble used to build the Taj Mahal and the fort was from the nearby state of Rajasthan. Its quality is evinced by the translucence of many parts of the stone architecture. The art of inlaying marble, as seen in both monuments, has been passed down to today’s craftsmen. Some shops in the city that produce and sell marble-inlaid products also give demonstrations for tourists to watch for free. 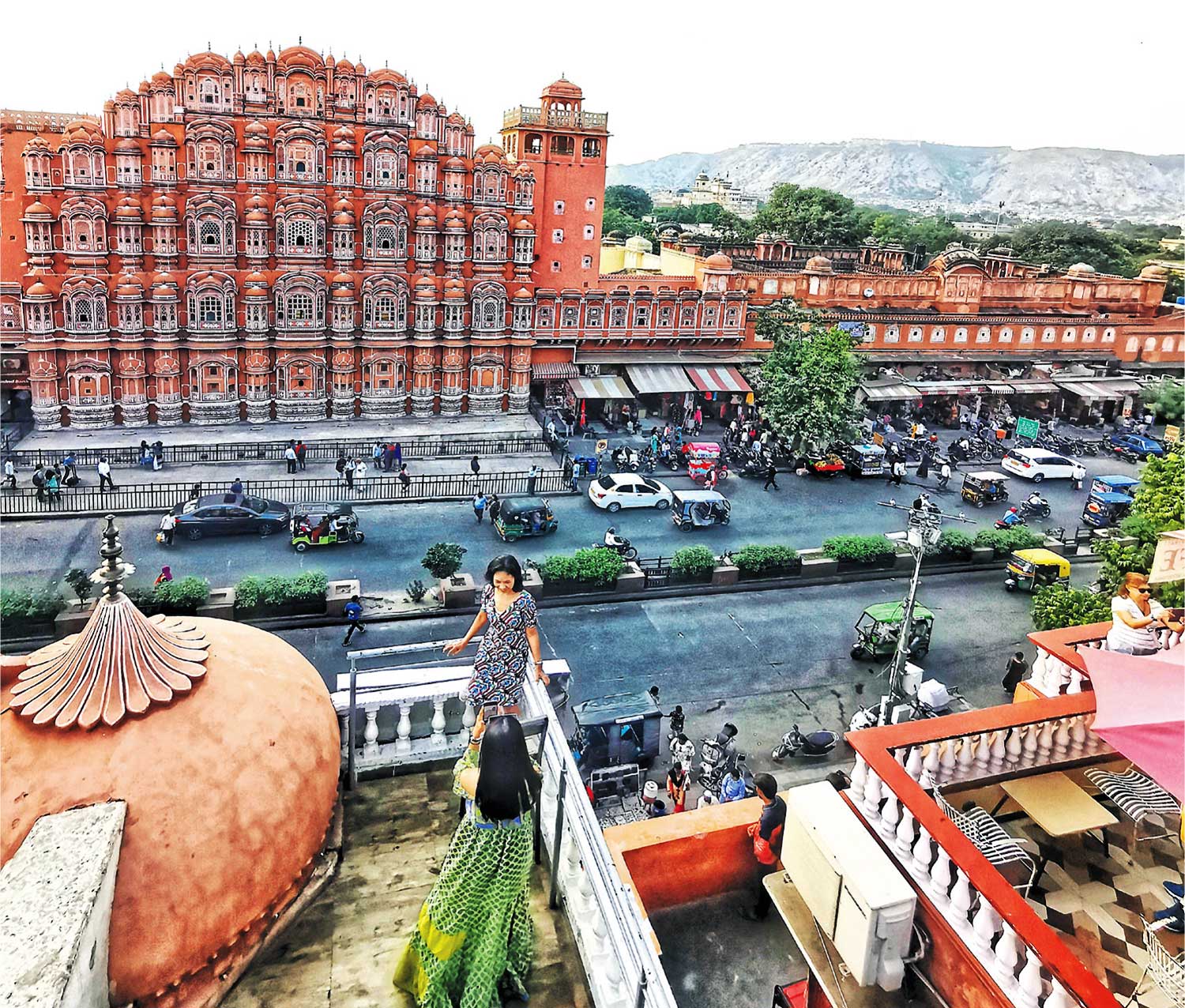 Jaipur, the capital of Rajasthan, one of the most popular Indian destinations for Thai tourists, boasts several beautiful historical sites. The old town, famously known as the PinkCity, is full of places not to be missed, including the elaborate facade of Hawa Mahal, the City Palace, the Jantar Mantar Observatory and the crowded markets of Tripolia Bazaar. If you are a shutterbug, you’ll love this photogenic city. 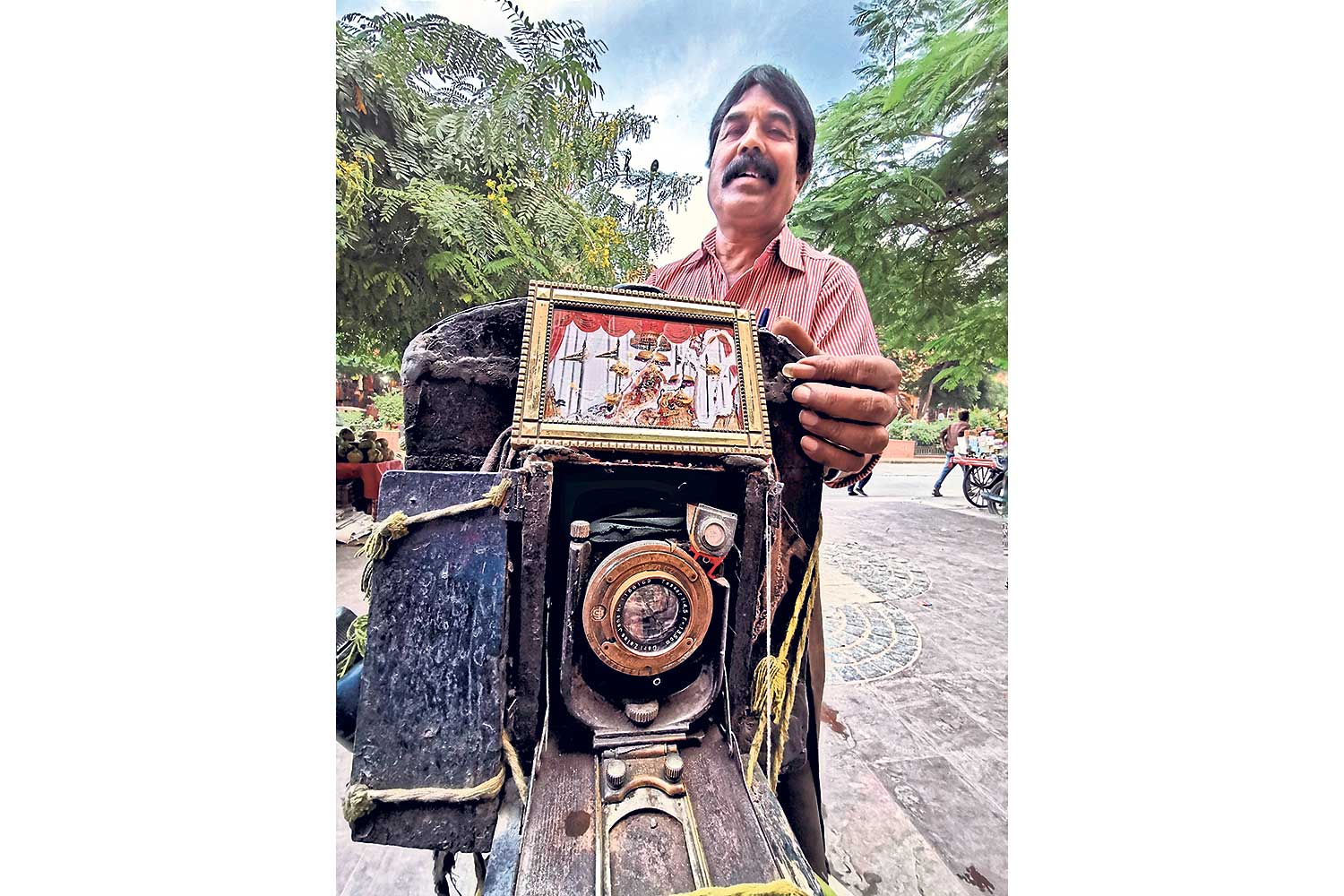 Apart from pesky souvenir vendors, the streets of Jaipur are also full of interesting people. Teekam Chan Pahari is one. He asked me “Do you like photo?” and I couldn’t refuse. It’s not every day that you get to have your picture taken with a vintage plate camera. The 160-year-old rig was passed down from his grandfather to his father and finally to him. Teekam has been offering his photo service near the City Palace for decades. 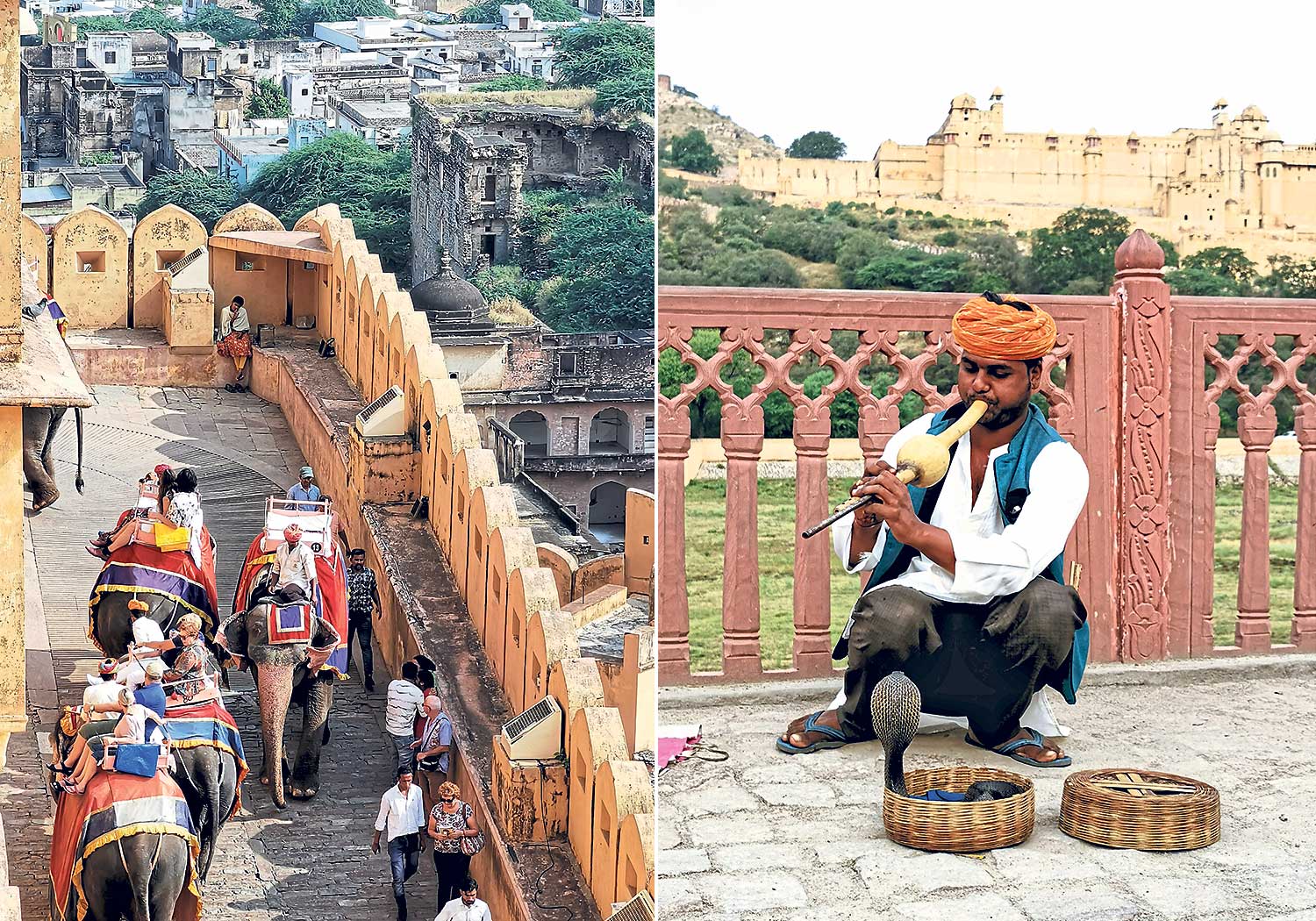 Jaipur’s attractions are not limited to within the city area. In the nearby hills and mountains are several ancient forts which are well worth visiting. One of them is Amer Fort, which is perched on a hill about 11km north of the city. There are a few ways you can reach the beautiful fort (which doubled as a palace) from the foot of the hill. If you’re not keen on climbing up by yourself, you can either do it on elephant back or on a Jeep. 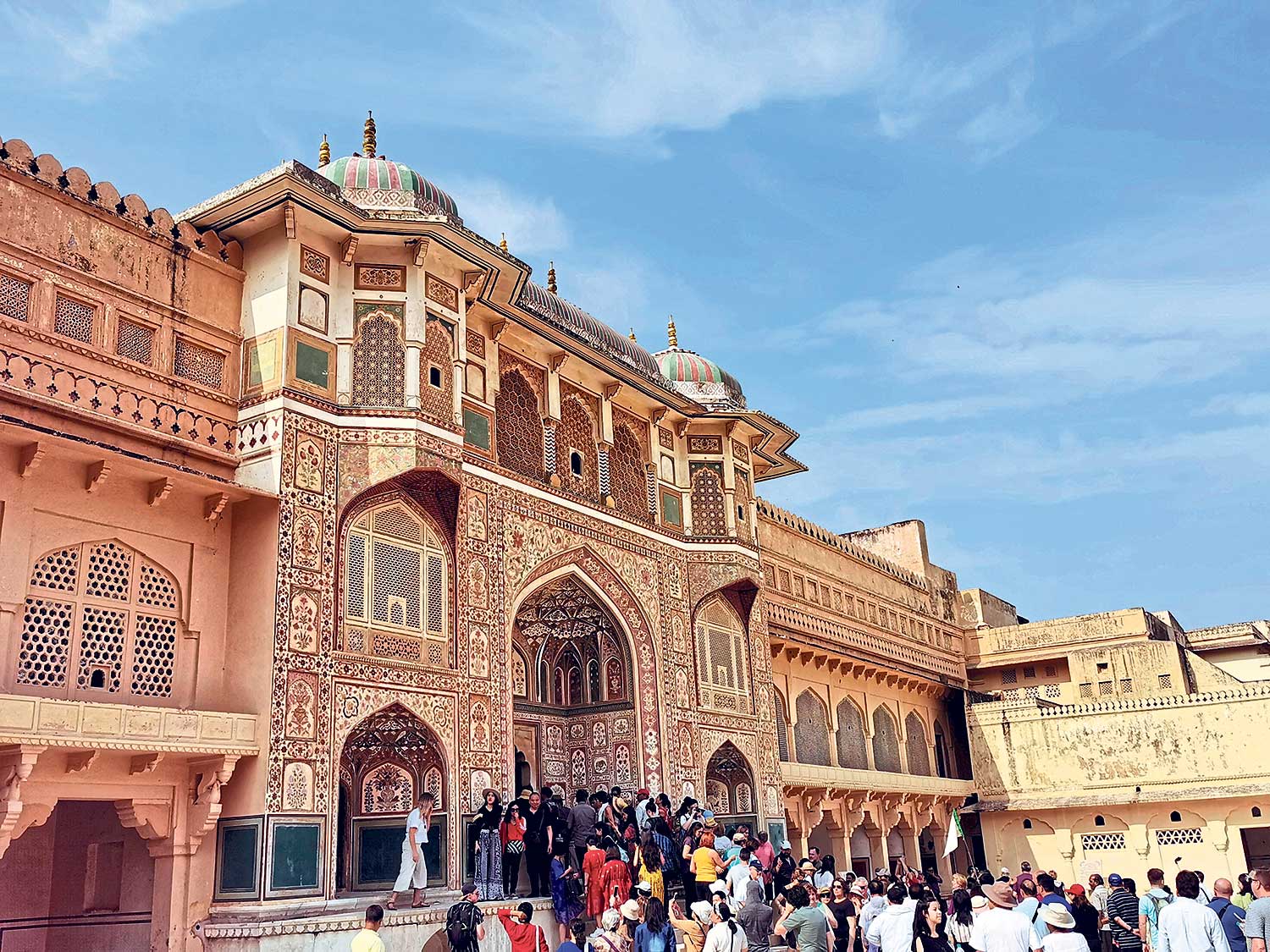 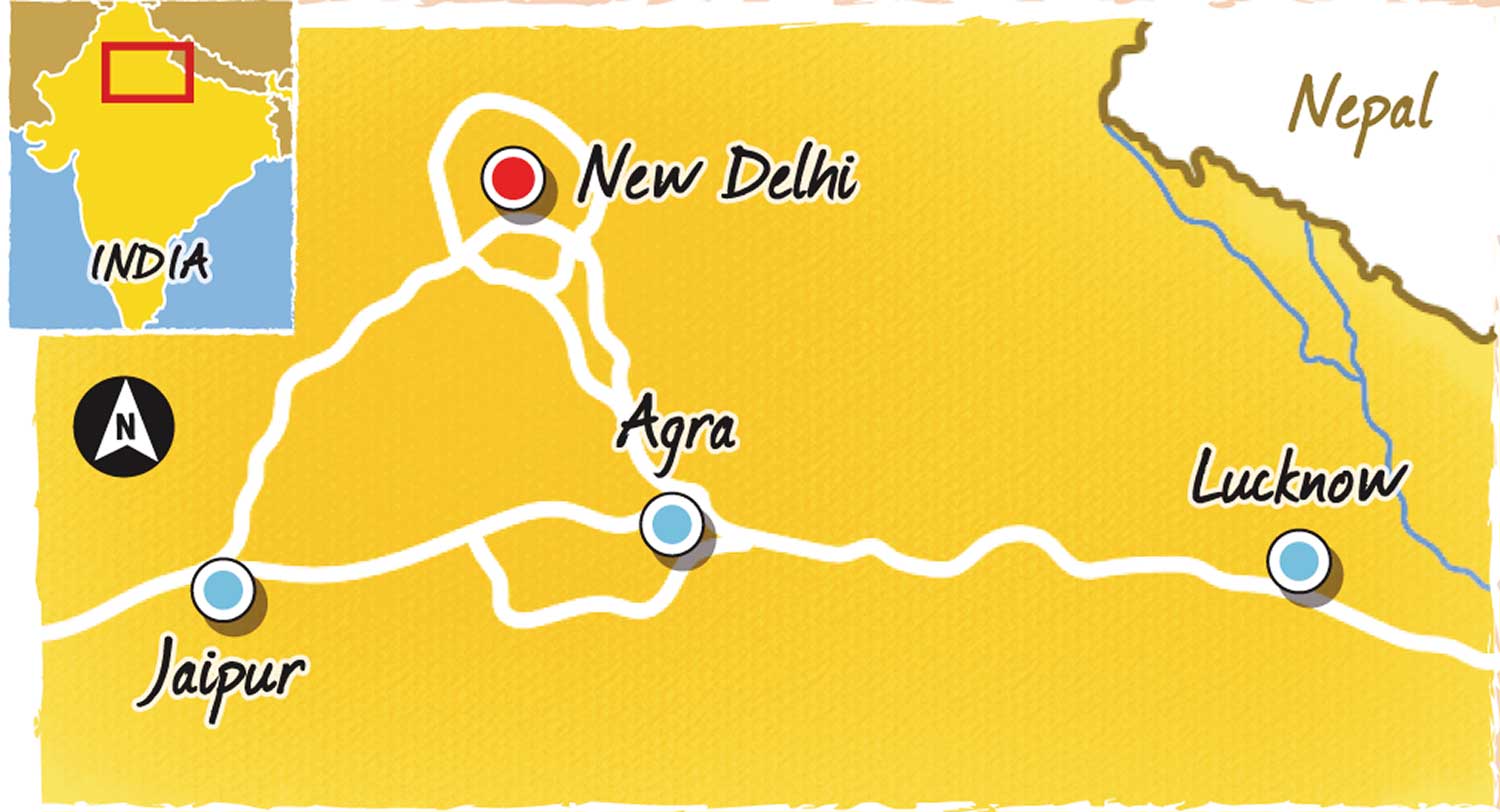