Surin rounds up the elephants

The annual "Surin Elephant Round-Up" returns to Surin from Nov 15 until 17. This will be the 59th edition of the festival, and will feature an elephant feast and a two-day elephant performance.

Surin province has been synonymous with elephants since the Ayutthaya period. The province is home to the Kuy ethnic people, who are known as skilled elephant catchers and trainers. In the past, they played an important role in trapping and taming elephants for Siamese armies.

According to popular legend, Pum, a local Kuy leader, helped trap a royal white elephant that had escaped Ayutthaya to the Northeast. King Rama I rewarded him with several honorary titles, including provincial governor. As governor, Pum's official name was Phraya Surin Thara Phakdi Si Narong Jangwang, and it is from this that the province's name is derived.

Today, the Kuy people primarily live in Baan Ta Klang in Tha Tum district, about 60km north of Surin town. They are a farming community but they continue to raise elephants. Every year, when the Surin Elephant Round-Up show kicks off, elephants from Baan Ta Klang village are there to take part.

At around 8am on Nov 15, more than 200 elephants will show up for a fresh fruit buffet. The feeding frenzy takes place at Phraya Surin Phakdi Monument, the town's main landmark. Dozens of tables line the main road, overflowing with food for the elephants.

The elephant shows take place from 8am until noon on Nov 16 and 17 at Surin Elephant Show Stadium. There will also be a light and sound event, titled "Legend Of Prasat Srikhoraphum", on Nov 15 and 16 at the Khmer ruins in Sri Khoraphum district, about 37km northeast of the city.

Surin province lies 457km northeast of Bangkok. The most convenient way to get to Surin is to fly. Airlines offering fly & ride services are AirAsia (airasia.com) and NokAir (nokair.com). Flights will land at Buri Ram airport, from where passengers take a one-hour shuttle ride to Surin. 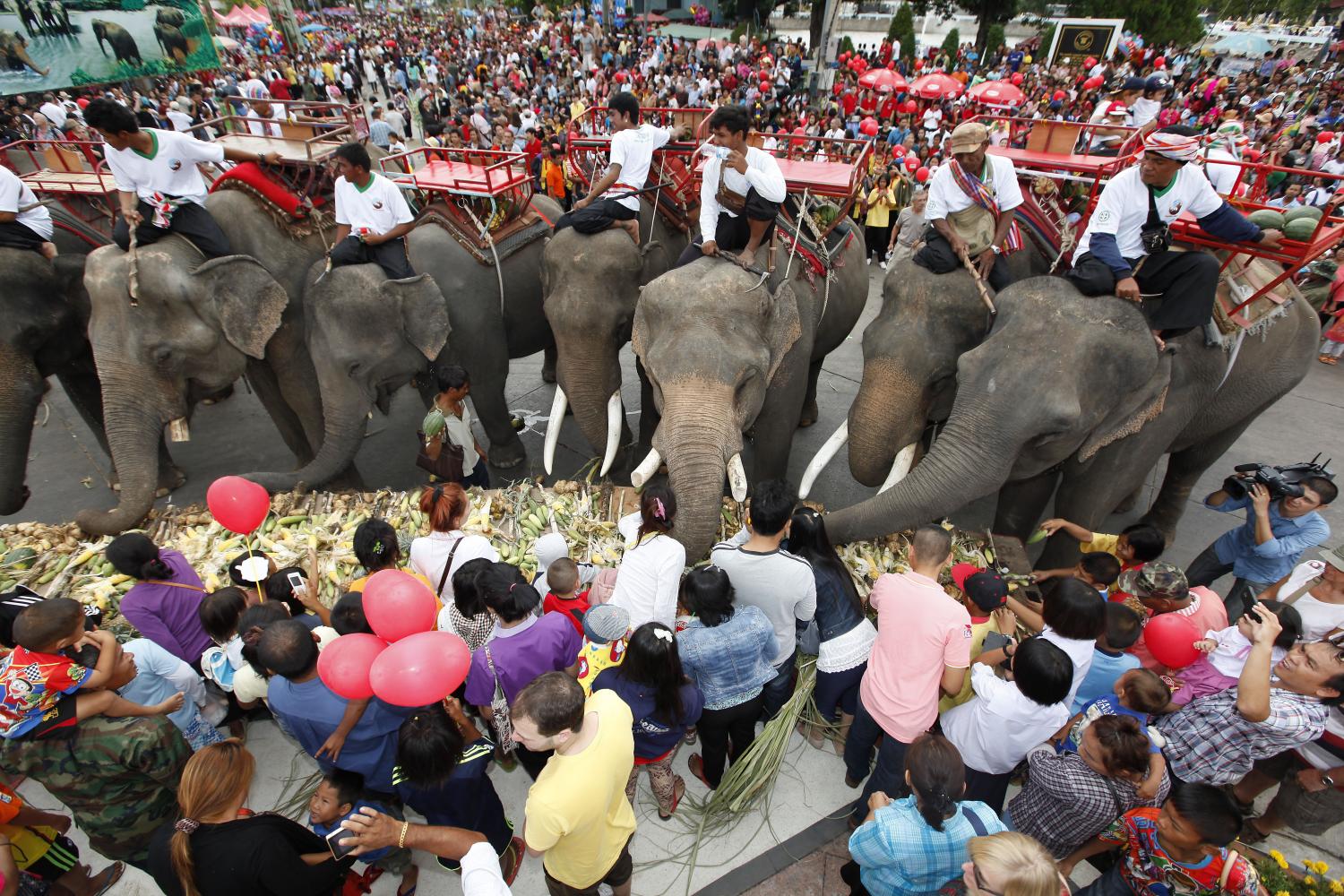 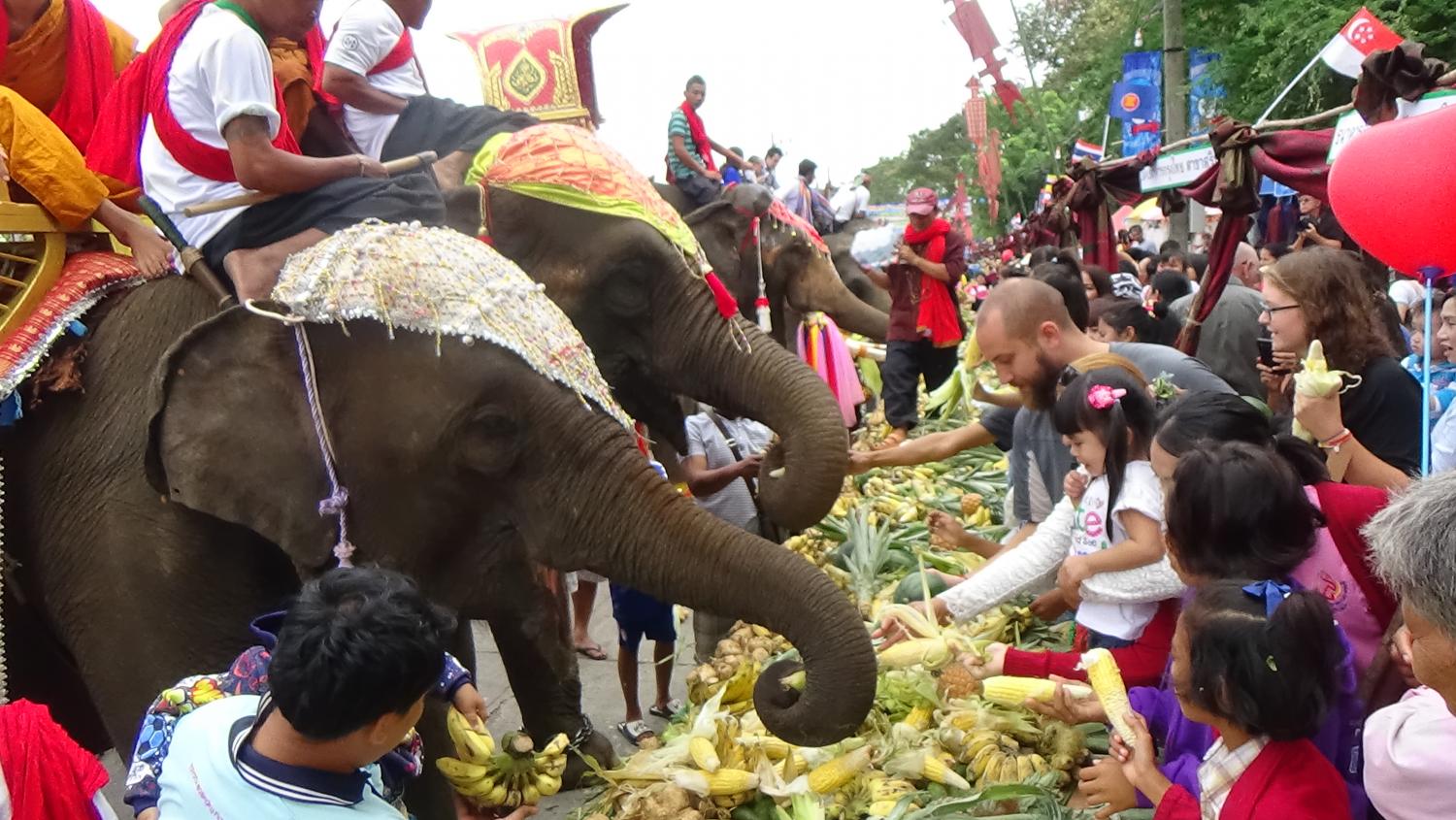