A city for stretch pants

Japan's ancient Osaka is heaven for foodies. But better watch your waistline

Osaka is always listed among the top leisure destinations for Asian travellers to Japan. Japan's third largest city after Tokyo and Yokohama, Osaka is filled with cultural and historical sites. It also buzzes with modern lifestyles and countless choices of food and shopping outlets.

Located in the Kansai Region, Osaka is one of the country's ancient capitals like Kyoto and Nara. First-time travellers often start in Dotonbori, a hub of entertainment and eateries. Dotonbori's origins date back to 1612 when a local businessman named Yasui Doton created a canal for transportation and trading. Unfortunately, Doton died during the Siege of Osaka (1614-1615) in which Tokugawa Ieyasu, who was the founder and first shogun of the Tokugawa shogunate, overthrew the Toyotomi clan, ruler of Japan from 1582-1615.

The canal project was carried on by Doton's cousins. The canal thus was named Dotonbori, or Doton Canal. In 1621, Dotonbori was designated as the entertainment district of Osaka.

At present, restaurants and pubs line both sides of the canal and on small alleys in Dotonbori. The place is more crowded at night. Neon lights and large billboards covering the buildings of Dotonbori brighten up the area. It reflects the mood of joy.

Among those billboards, one of the highlights seems to be the Glico Man, a 20m sign erected in 1935. The billboard shows a running man in a victory pose on a blue racetrack. It faces Dotonbori canal next to the Ebisu Bridge. Visitors to the area like to take pictures of and with the Glico Man. The billboard is one of Osaka's popular landmarks.

Another must-see is Osaka Castle. The building was constructed in 1583. Although the five-storey castle was destroyed and rebuilt several times because of wars and fire, its history and the beauty of the structure live on today. Historical records and old items are on exhibit in the museum zone inside the castle.

Osaka is also the birthplace of Bunraku, Japanese traditional puppet theatre. Each half-life-size doll is played by up to three puppeteers.

The puppets perform along with a chanted dramatic narrative accompanied by shamisen, a three-stringed traditional Japanese lute. One of the best places to experience Bunraku is in the National Bunraku Theatre in the city.

Food in Osaka is second to none. In fact, the choices are plenty and contribute to the city's reputation as the Kitchen of Japan. People in Osaka are also passionate about food. There is a word to describe the culture as kuidaore, meaning "eat until you drop". Mouth-watering meals can be seen everywhere, especially sashimi, ramen or popular local specialities like takoyaki (octopus dumplings) and okonomiyaki (pan-fried pancake). Prepare to gain weight even on a short trip to Osaka.

A trip to Osaka would not be complete without a visit to nearby cities. Within a short drive, one can even visit popular attractions of the two old capitals, Nara and Kyoto, in a day.

Osaka is a destination where visitors can easily fall in love with Japanese culture, heritage sites and eateries. A one-time trip is never be enough. 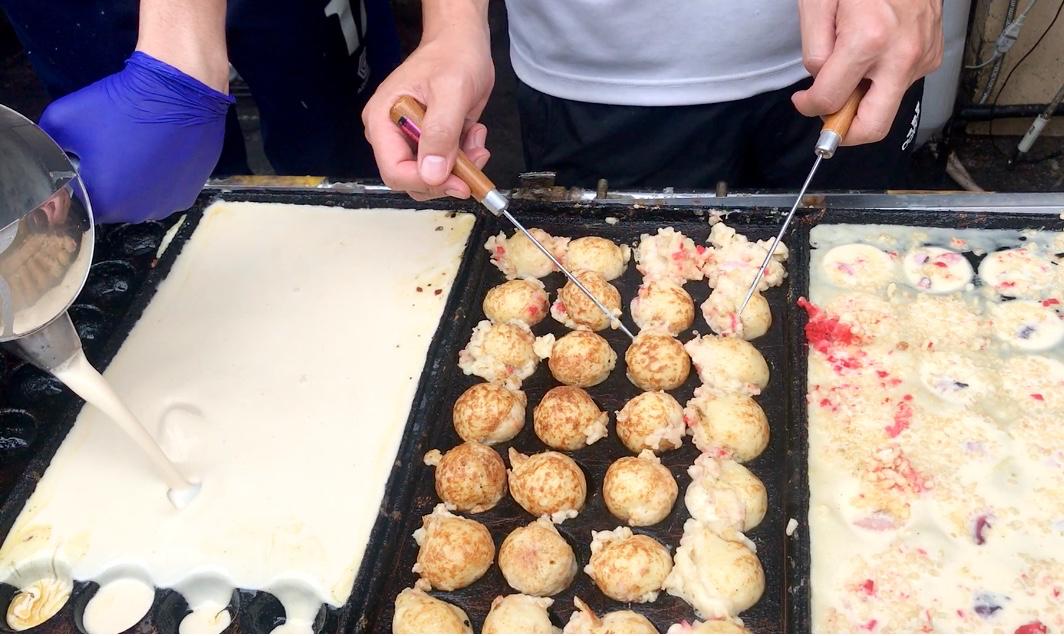 Takoyaki is made of a batter filled with a little piece of cooked octopus, pickled ginger and green shallots and topped with takoyaki sauce, mayonnaise, dried seaweed and dried bonito flakes. Karnjana Karnjanatawe 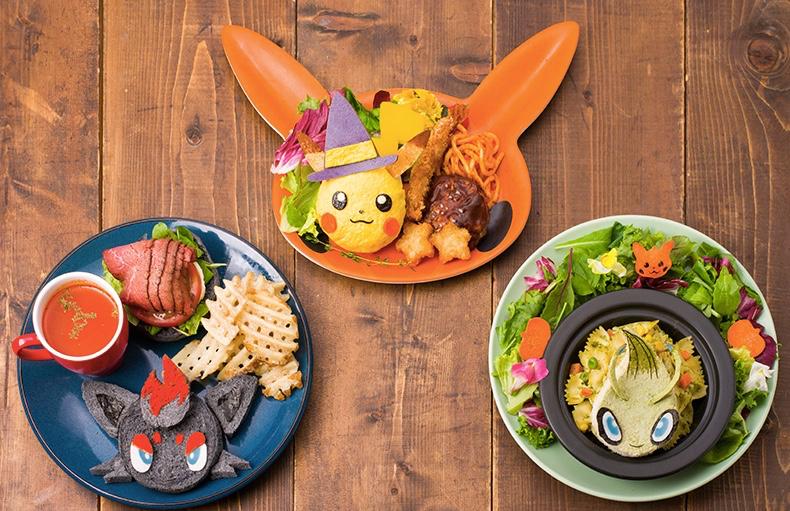 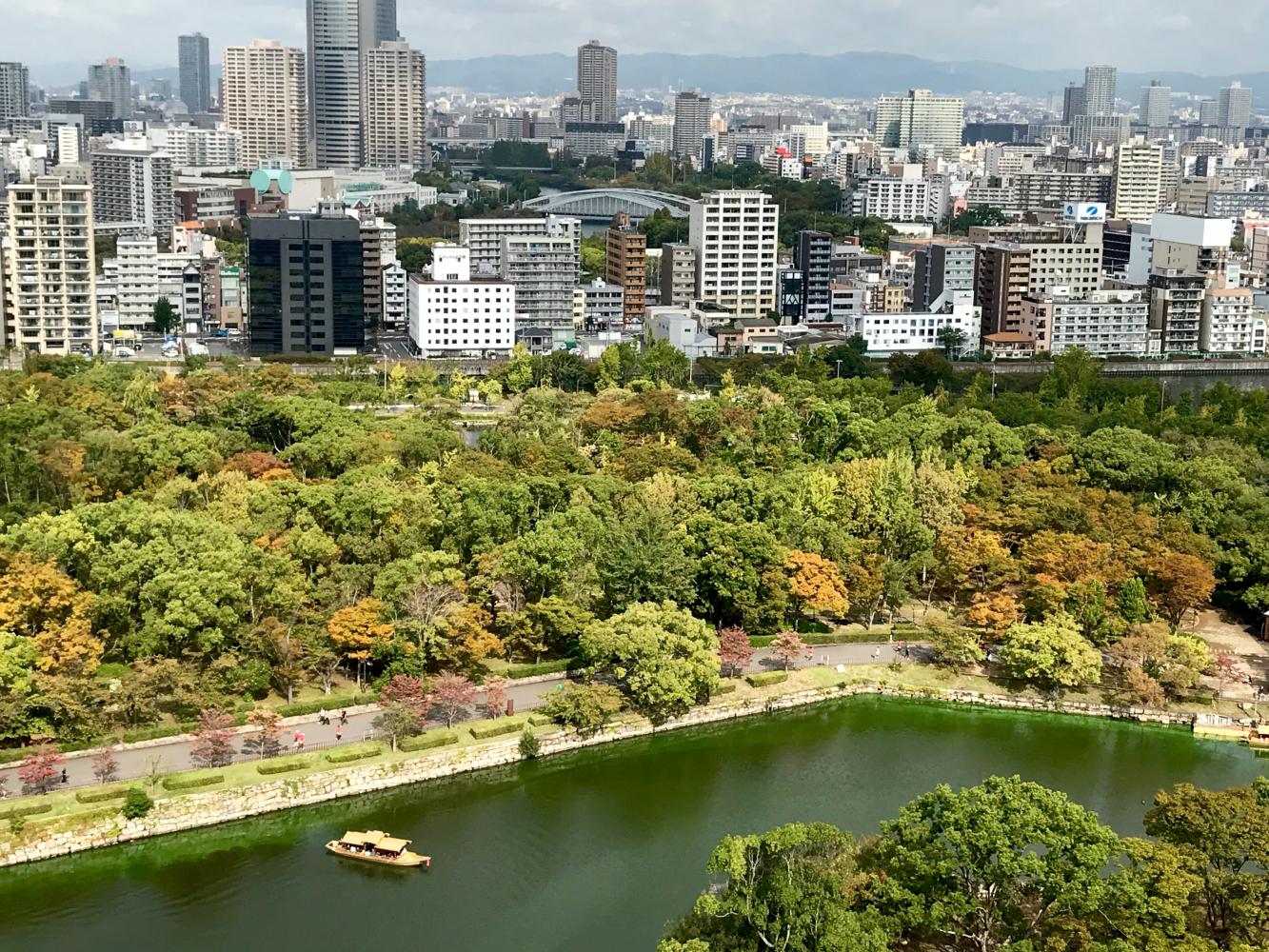 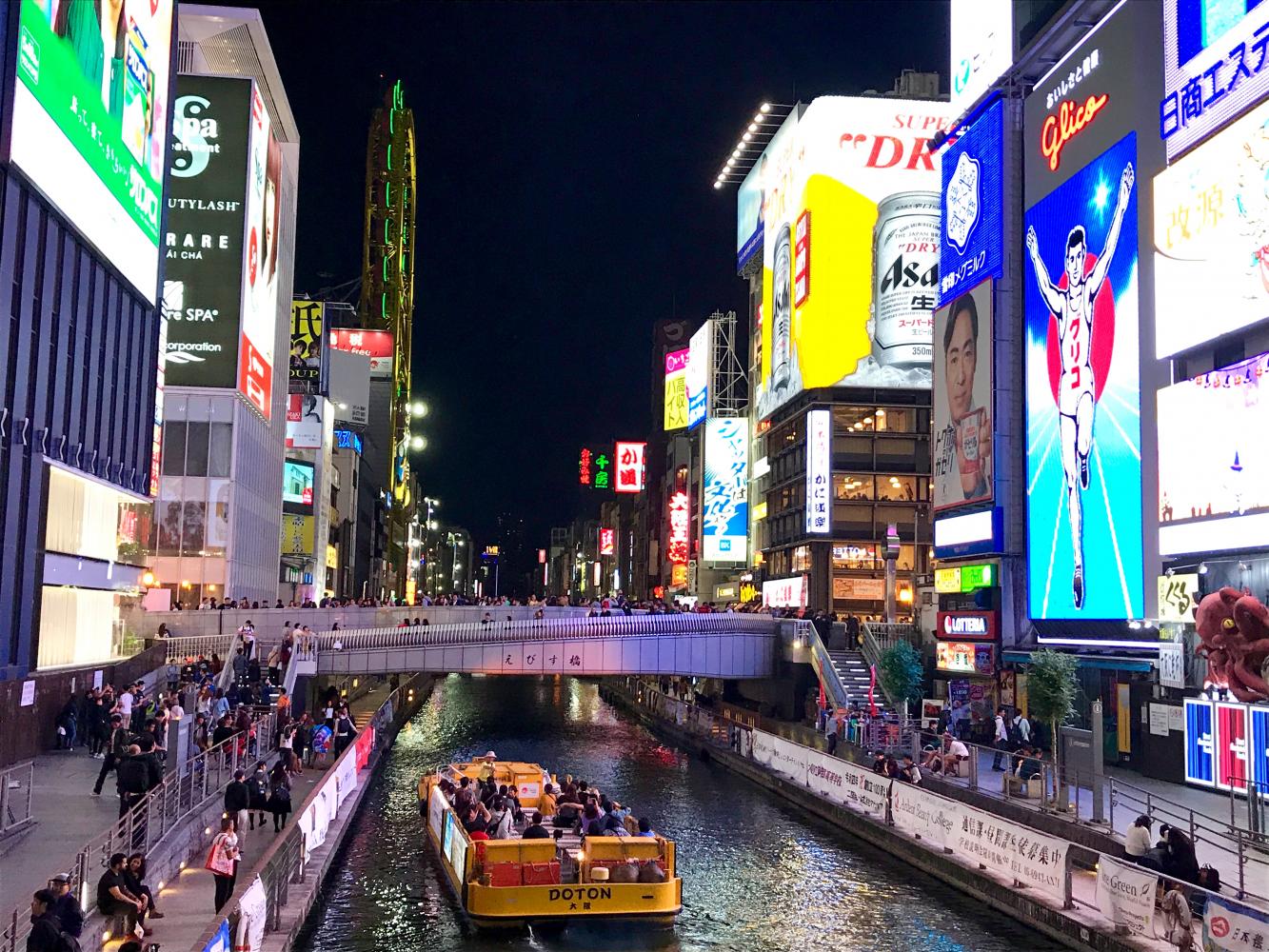 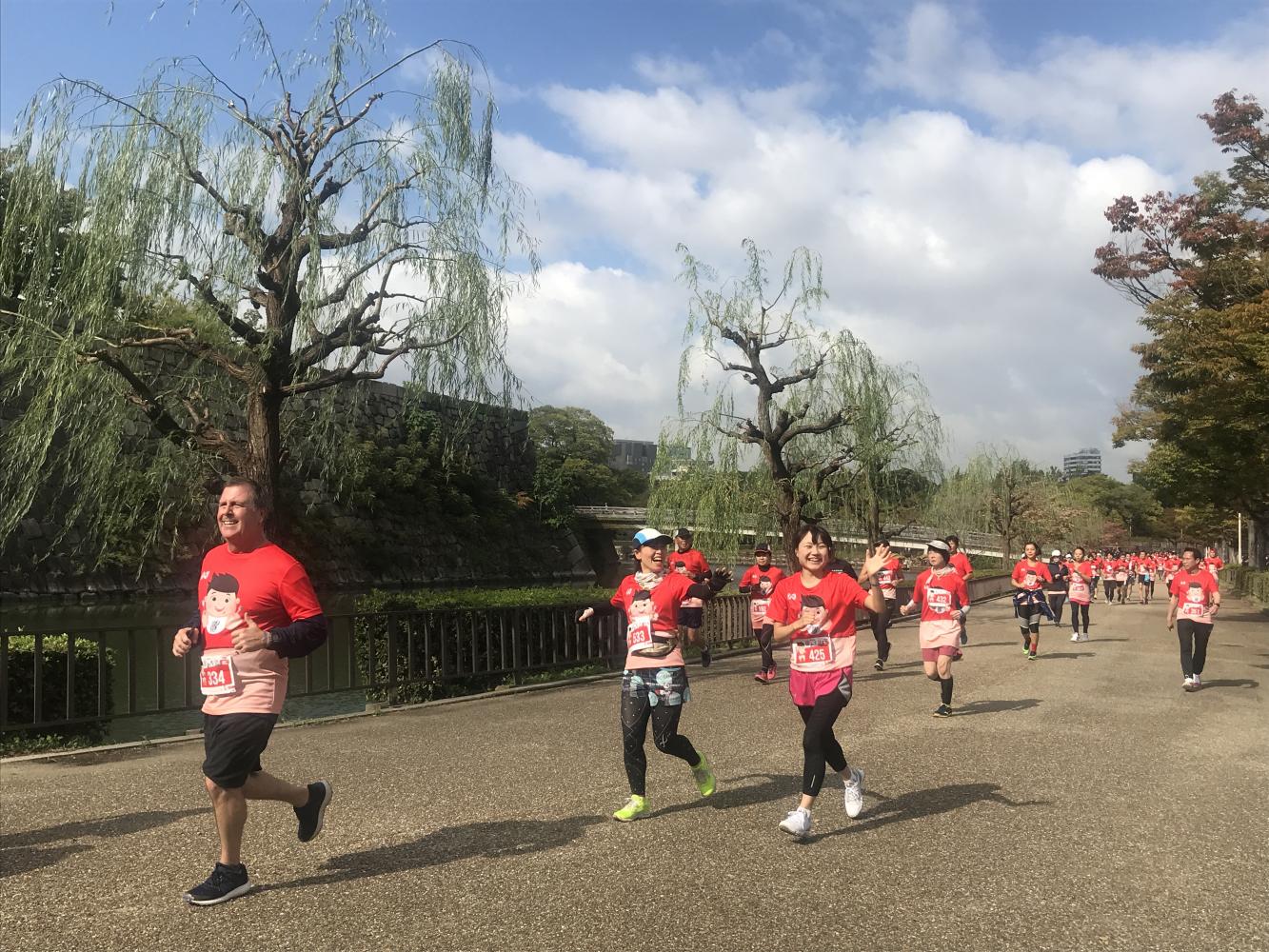 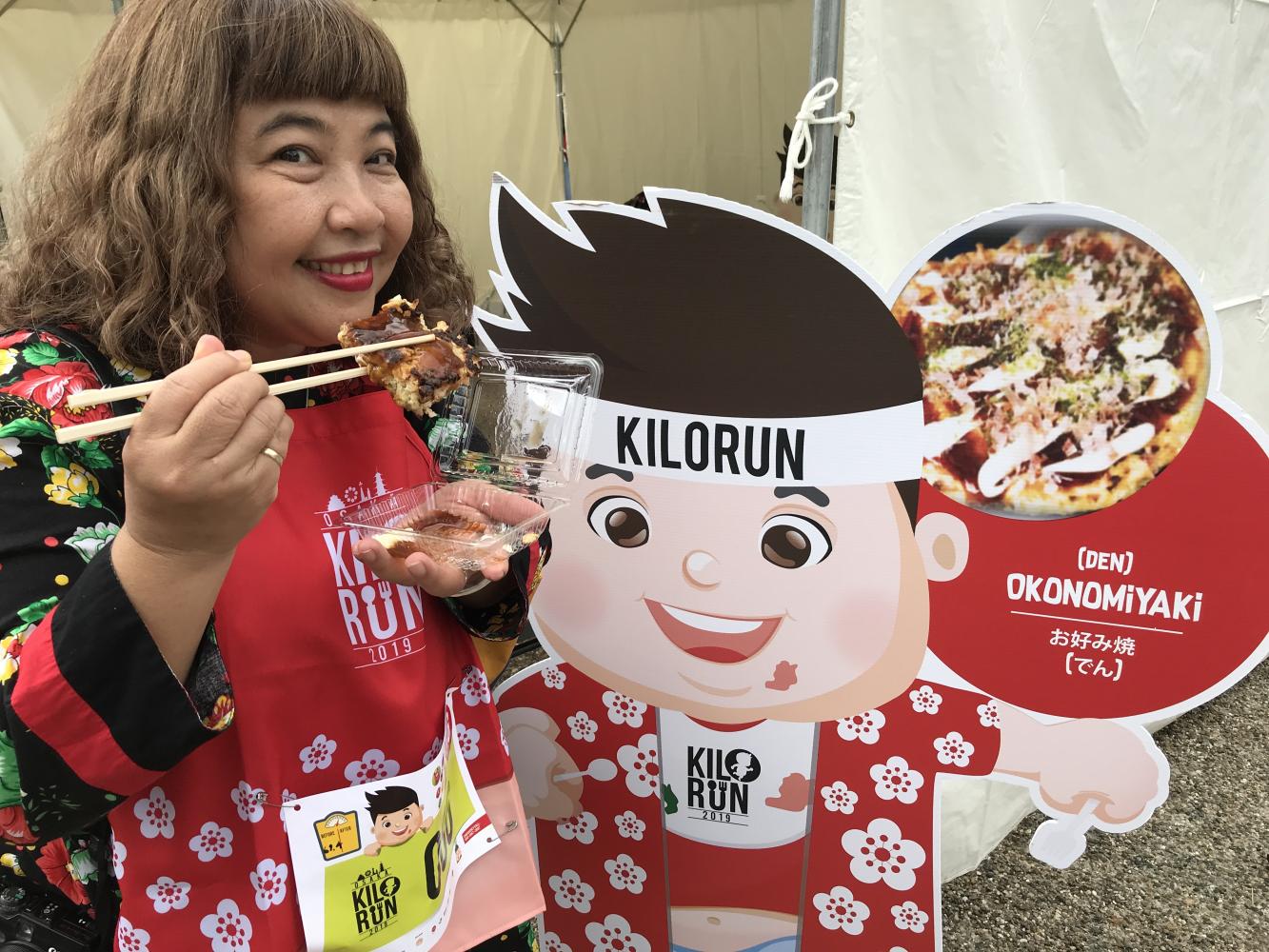 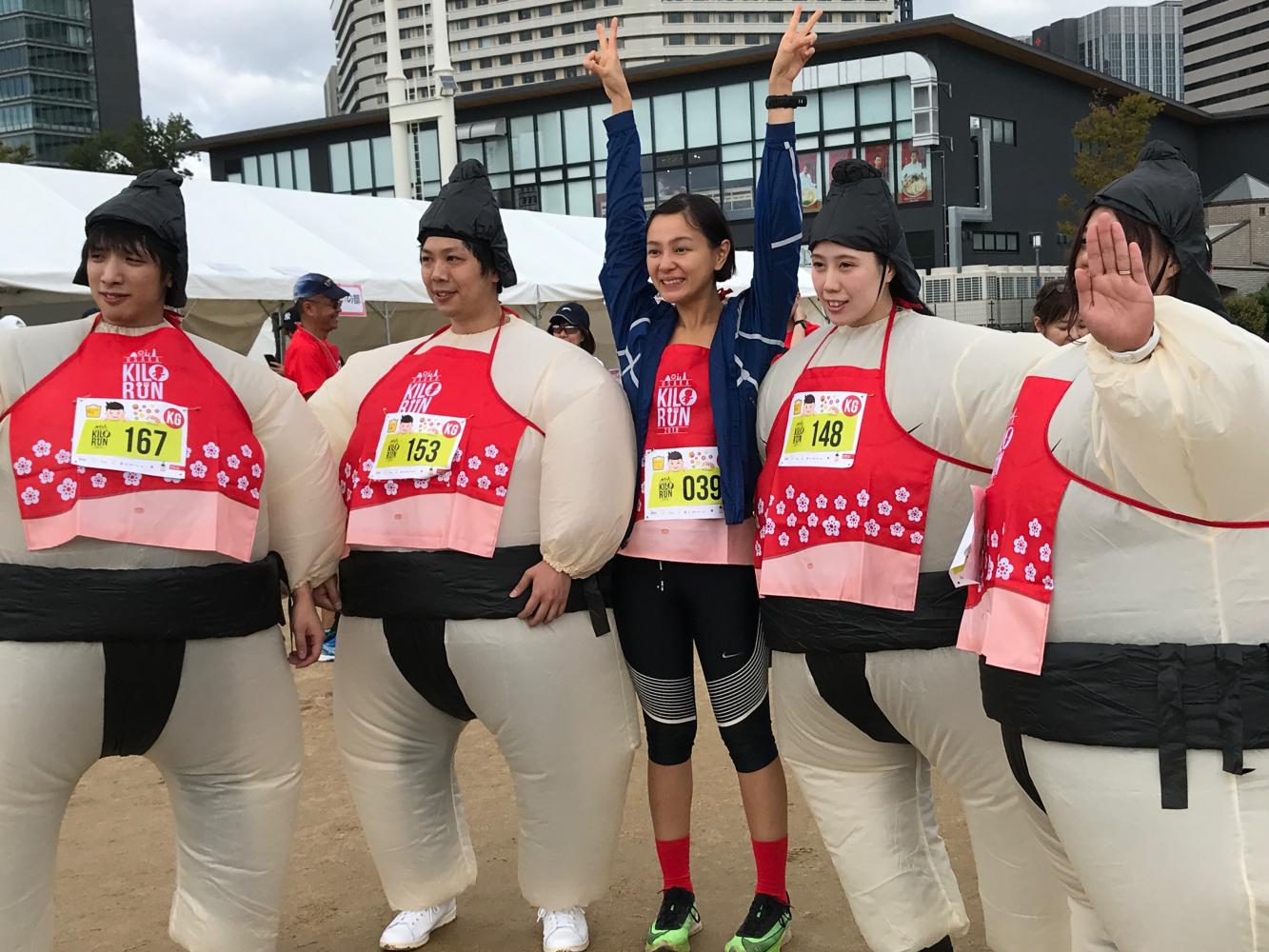 About 1,350 runners from 16 nationalities recently joined the first KiloRun in Osaka. Hosted by the Tourism Authority of Thailand, the running race was organised around Osaka castle. The aim was to promote Thai food in Japan. Organised by Bangkok-based Index Creative Village, the event consists of two parts. The morning session, called Breakfast Run, is designed for those who want to join 5km and 10km races while the afternoon session, known as Delicious Run, is focused on those who want to run/walk while eating local food along a 3km route. While runners in the morning race competed in speed, the participants in the afternoon event beat each other by weight gain. Khao pad kaprao moo (rice topped with stir-fried pork with basil and chillies) was served for the runners after the race in the morning session. Khao man gai (Hainanese-style chicken and rice) was part of eight food stations of KiloRun in the afternoon race. The same racing concept of KiloRun will be organised in Chiang Rai in Thailand on Dec 15. Visit kilorun.com. Karnjana Karnjanatawe 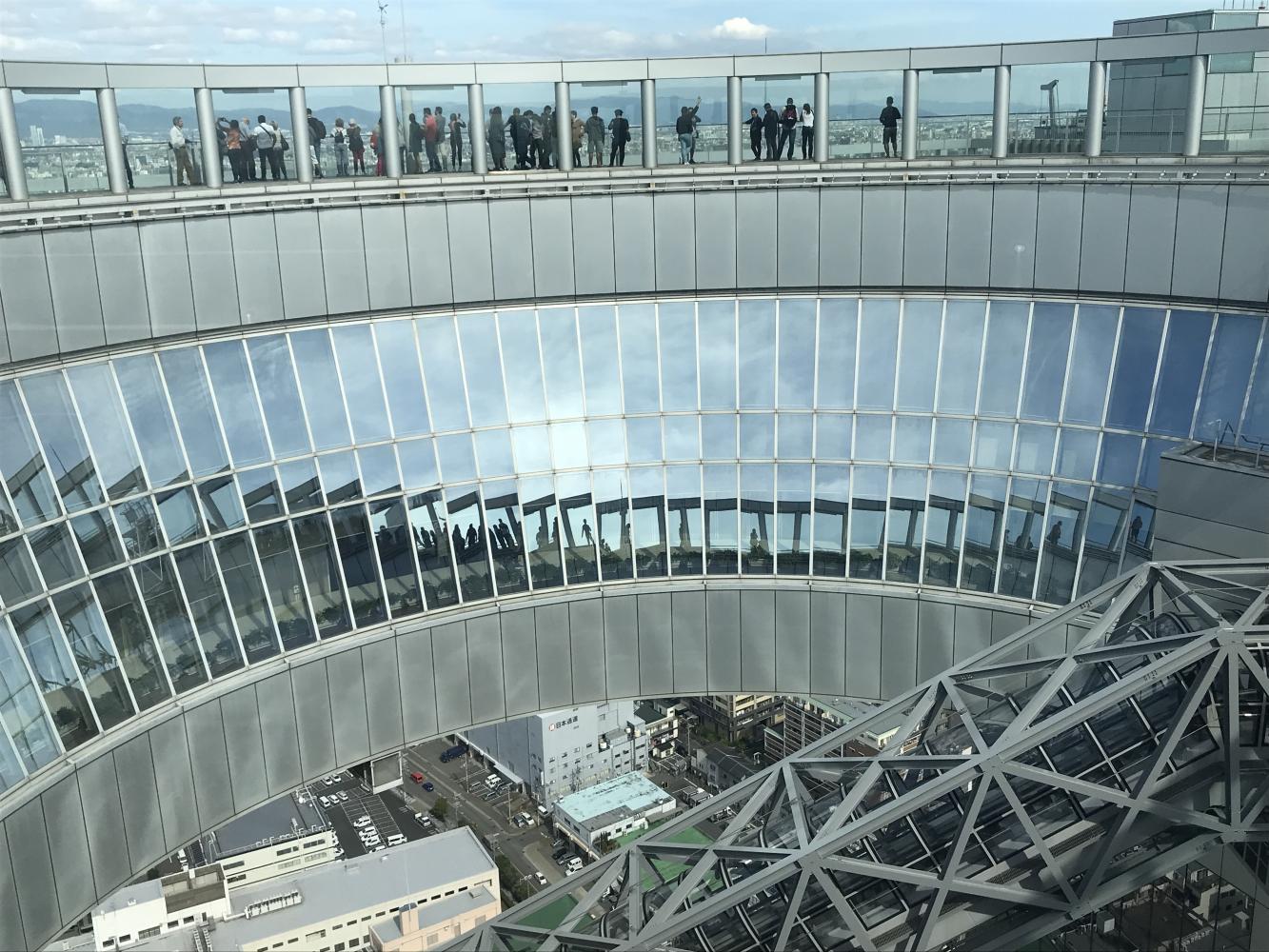 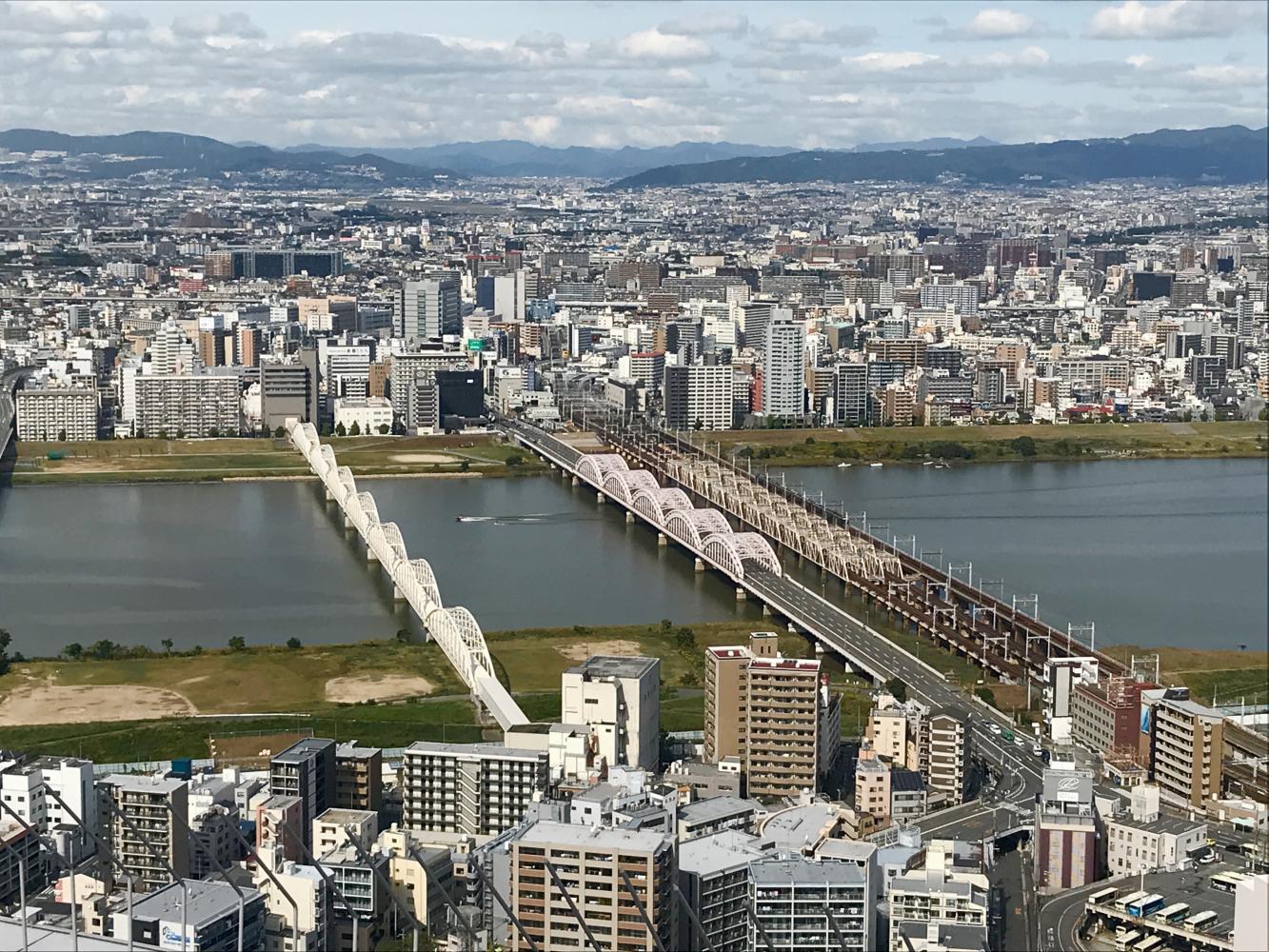 Opened in 1993, the Umeda Sky Building is two 40-storey buildings that have an outdoor rooftop. Known as the Floating Garden Observatory, it is 173m high. Visitors at the observatory can have a bird's-eye view of the city as well as a scenic view of Yodo River and Rokko mountain range. It is also a popular place for watching the sunset. Karnjana Karnjanatawe 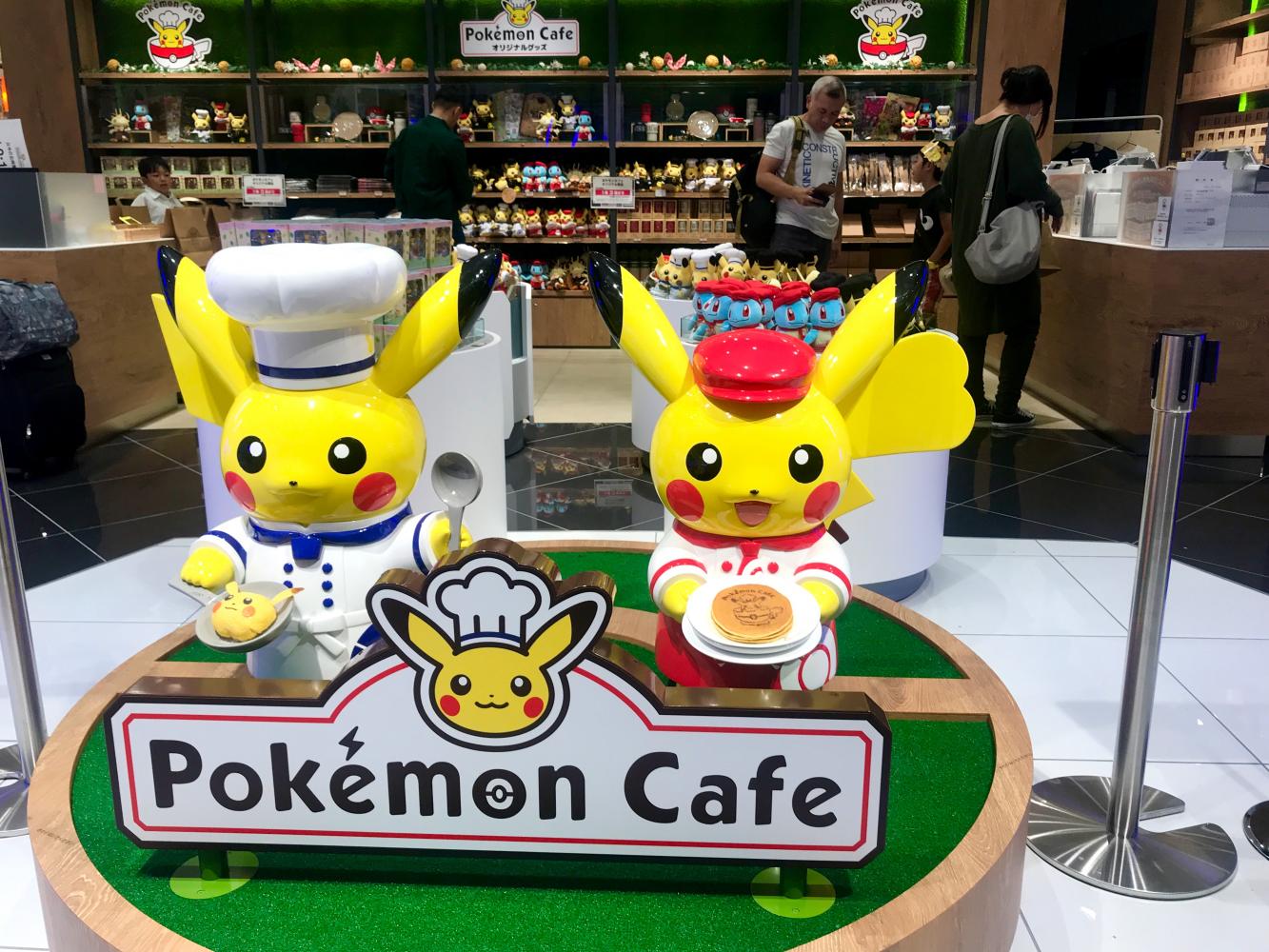 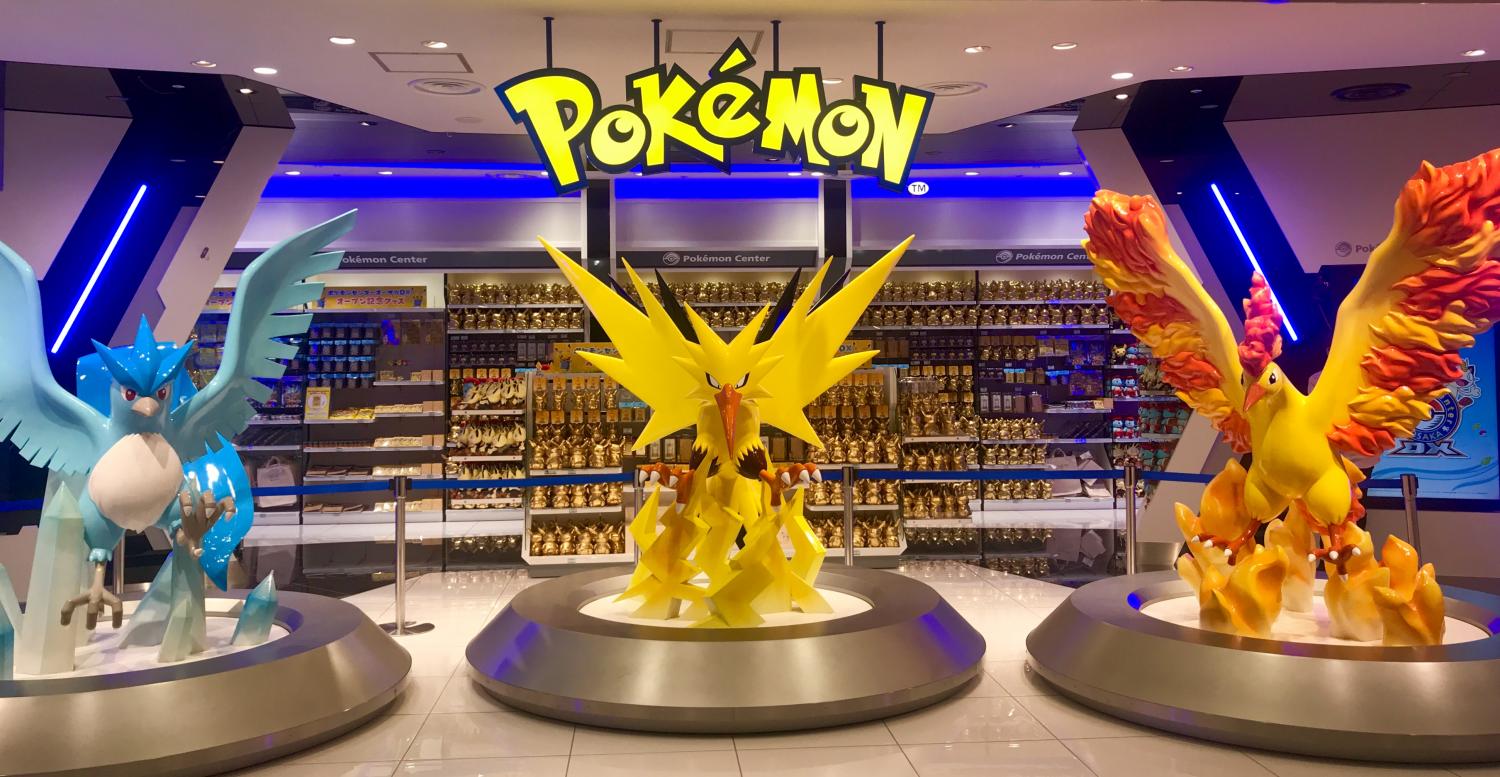 Fans of Pokémon should not miss a recently opened Pokémon Cafe in Osaka, the second location after Tokyo. Located on the ninth floor of the Daimaru shopping mall in Shinsaibashi, the cafe is decorated with popular characters from the series. It offers Pokémon-themed food and drinks such as Pikachu rice curry, Pikachu carbonara, Jijjypuf cheesecake and latte in an Eevee mug. Reservations are recommended. Next to the cafe is a Pokémon shop. Visit pokemoncenter-online.com. Karnjana Karnjanatawe 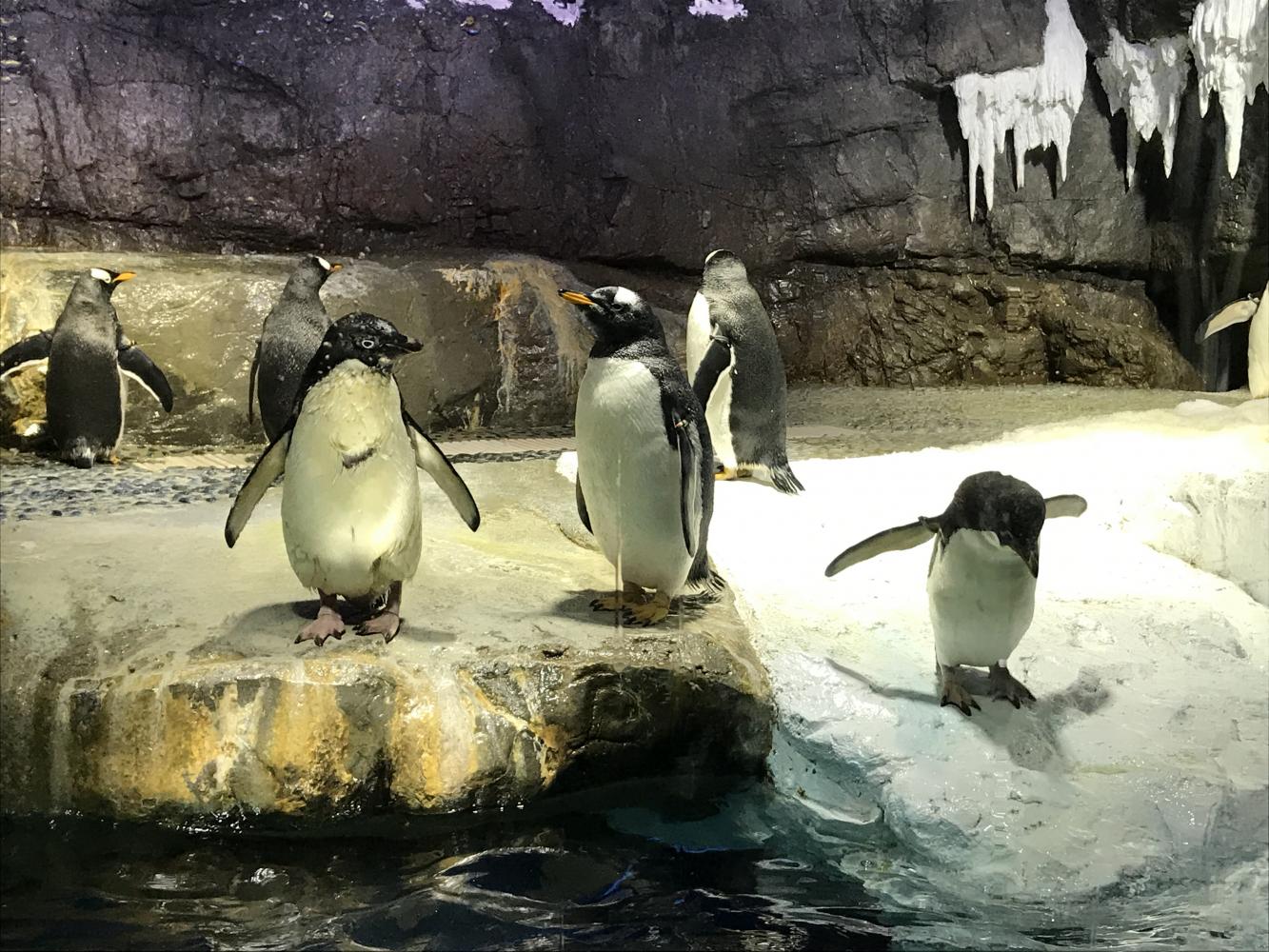 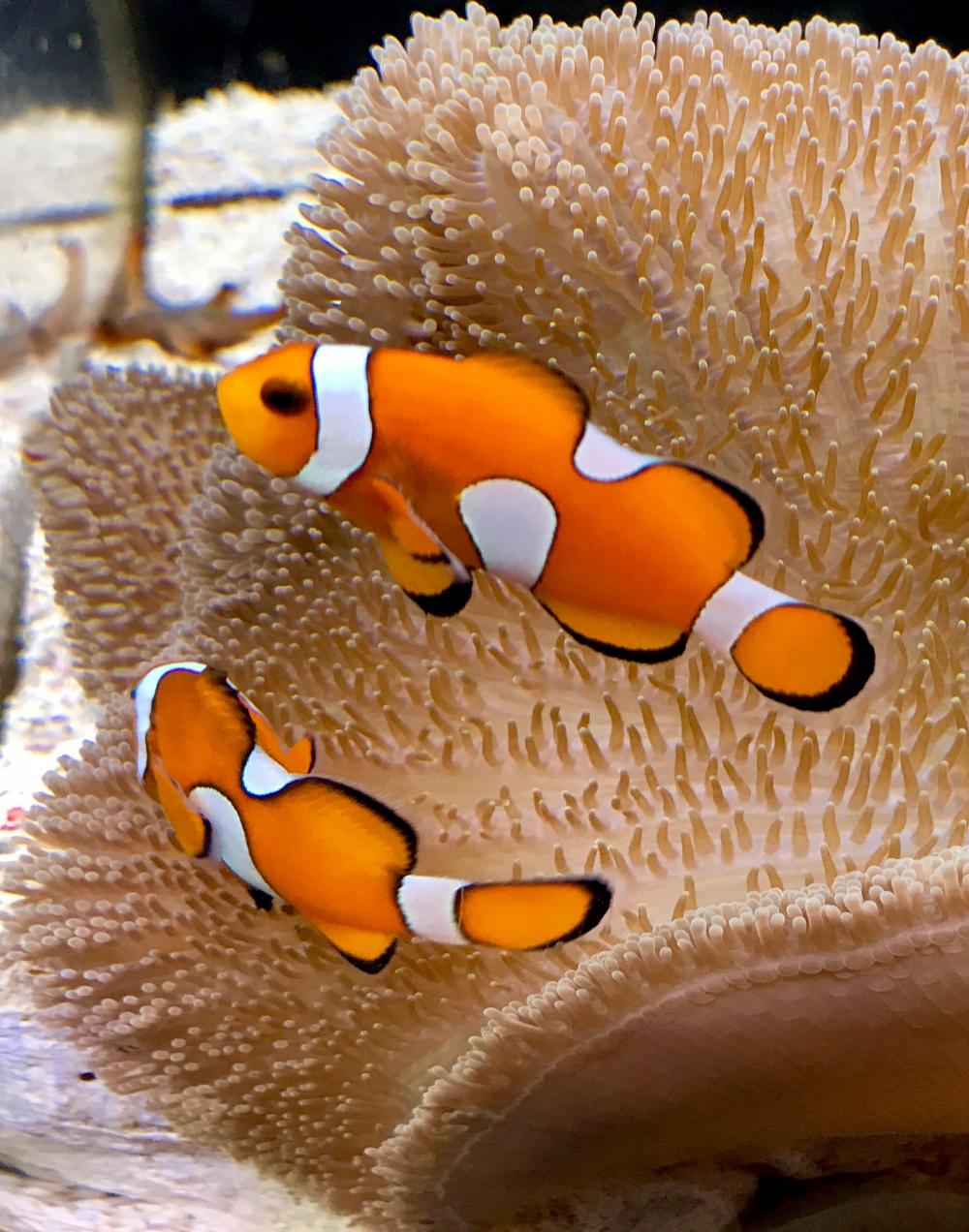 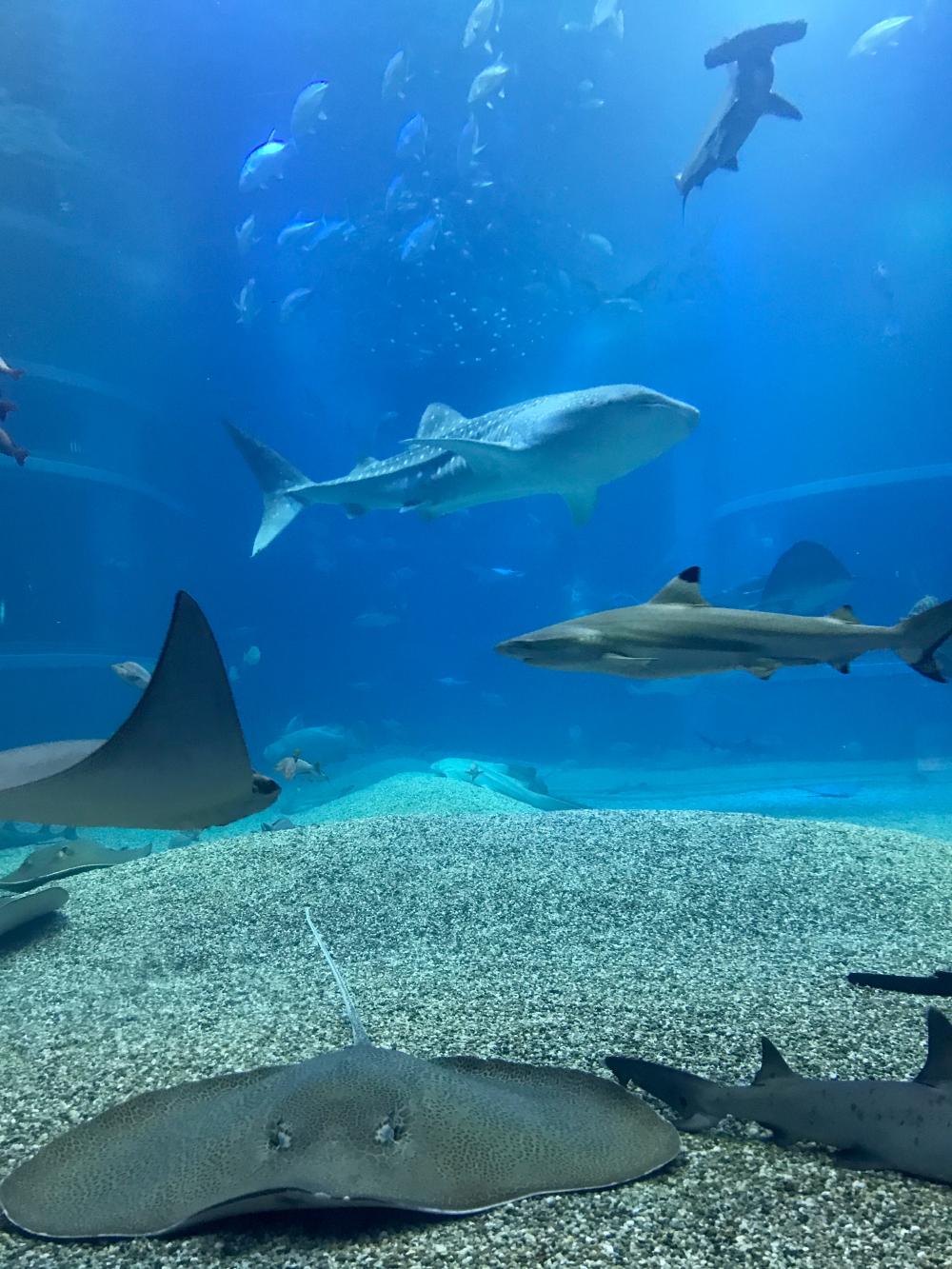 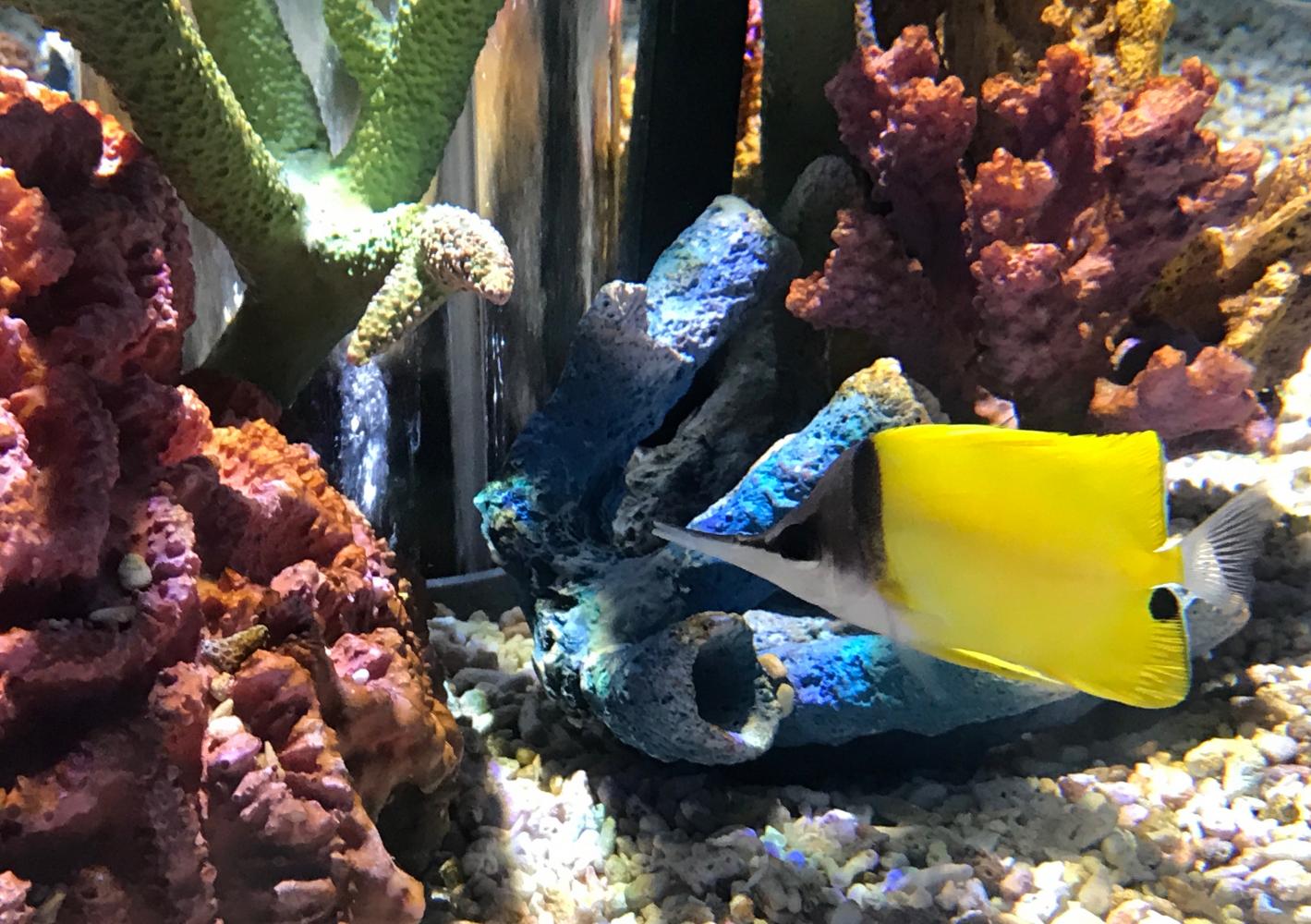 From the outside, Osaka Aquarium does not look that big, but it is home to more than 30,000 creatures of 620 species including otters, penguins, dolphins and two whale sharks. The structure is a good design. It greets visitors with an underwater tunnel before the deep sea journey. The highlight is the Pacific Ocean tank (9m deep and 34m wide) that visitors can slowly view from the 8th floor to the 4th floor to see the whale sharks from every angle. They swim among other creatures like hammerhead sharks, spotted eagle rays and schools of mackerel, while some fish were sleeping on the sand bed. Although the tank is big, it seems to be too small to keep two whale sharks, the largest living fish. In addition, the aquarium also has tanks exhibiting Japanese spider crabs, mola mola or sunfish, various types of jellyfish and touch pools where visitors can touch some creatures like pitted stingray and brownbanded bamboo sharks. Karnjana Karnjanatawe 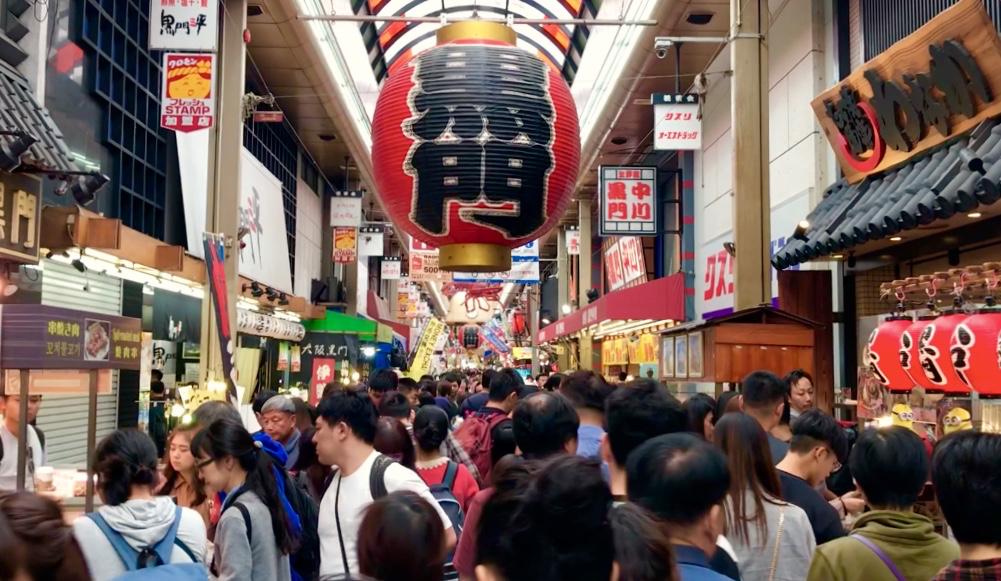 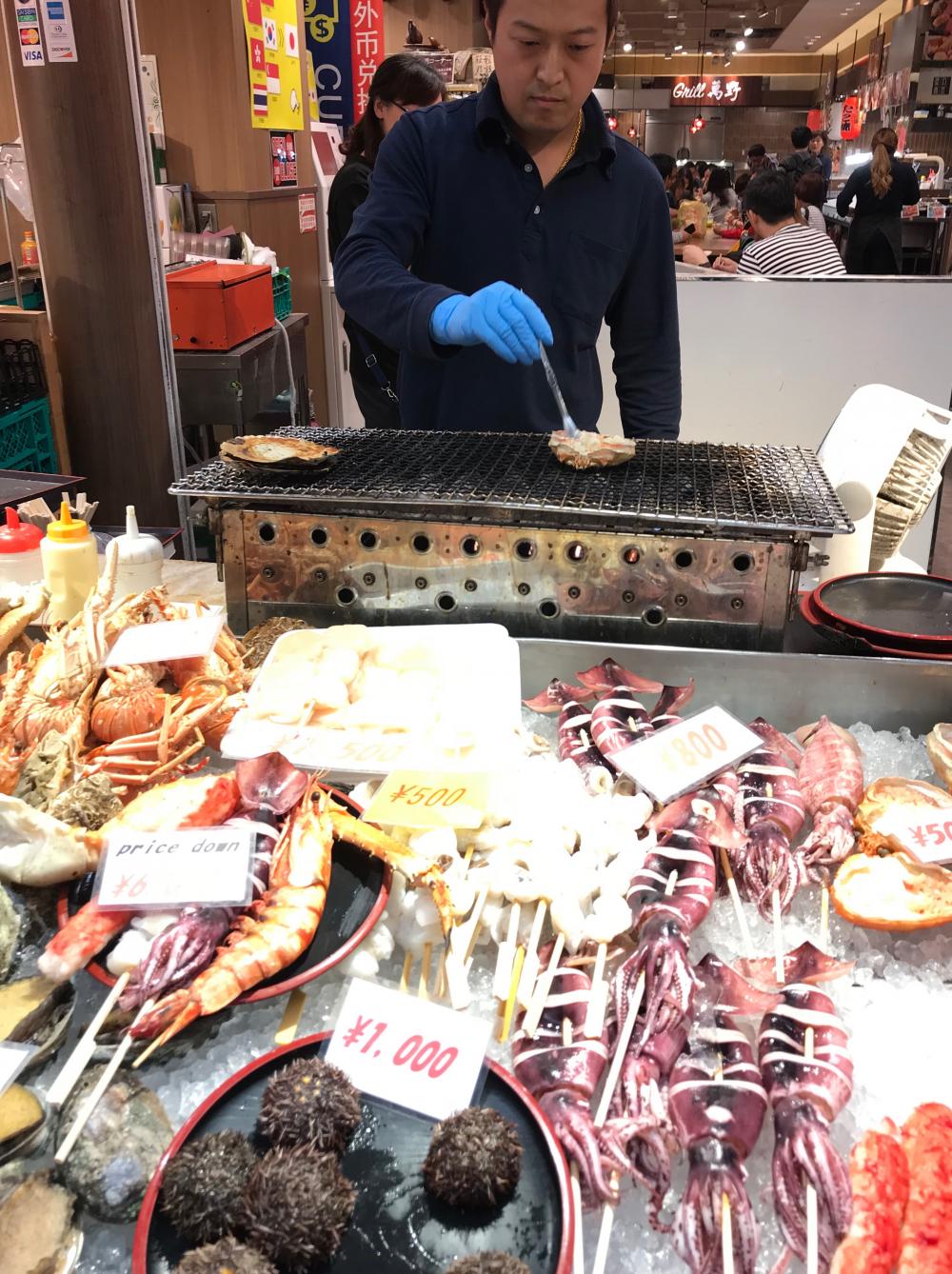 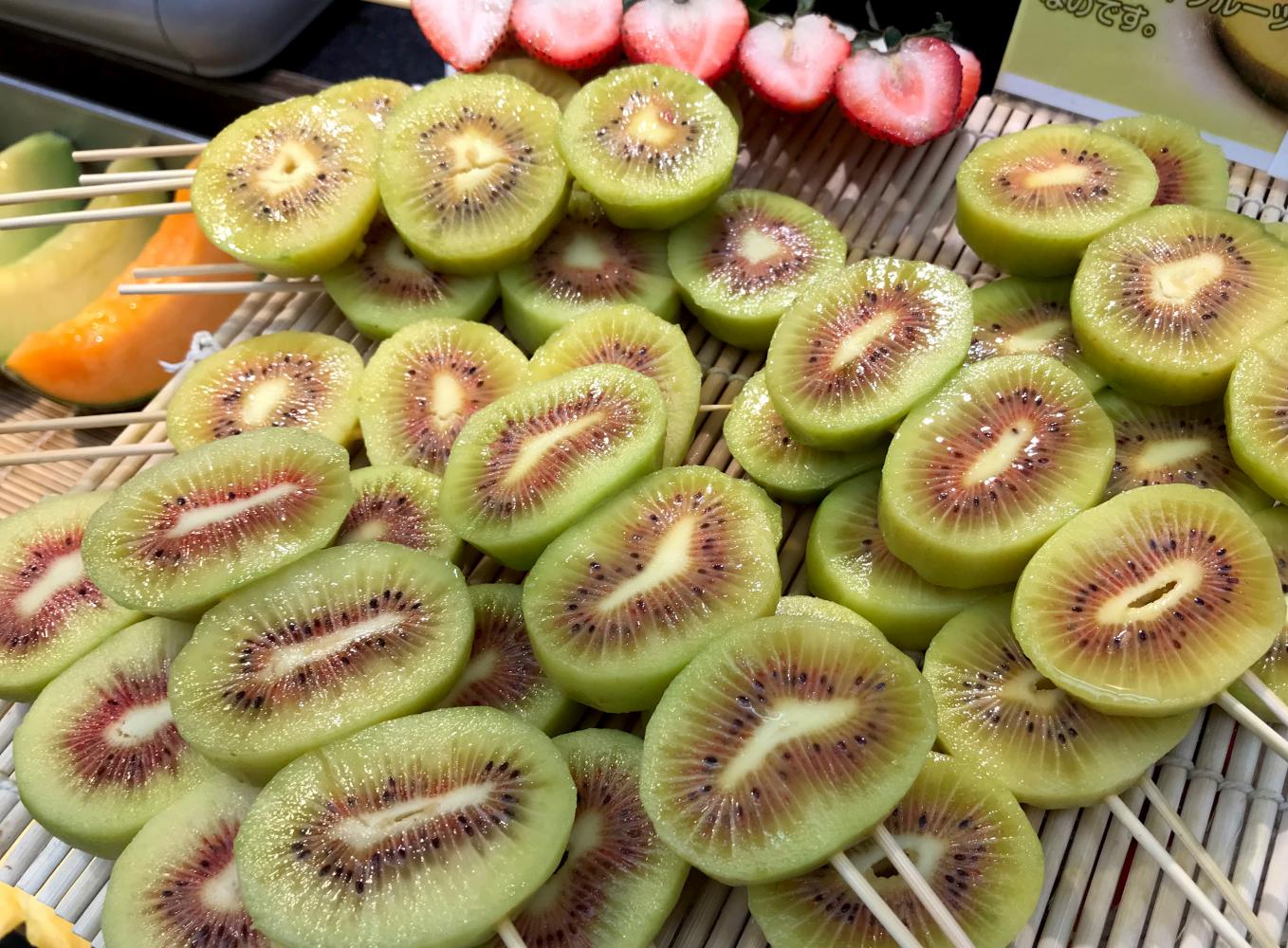 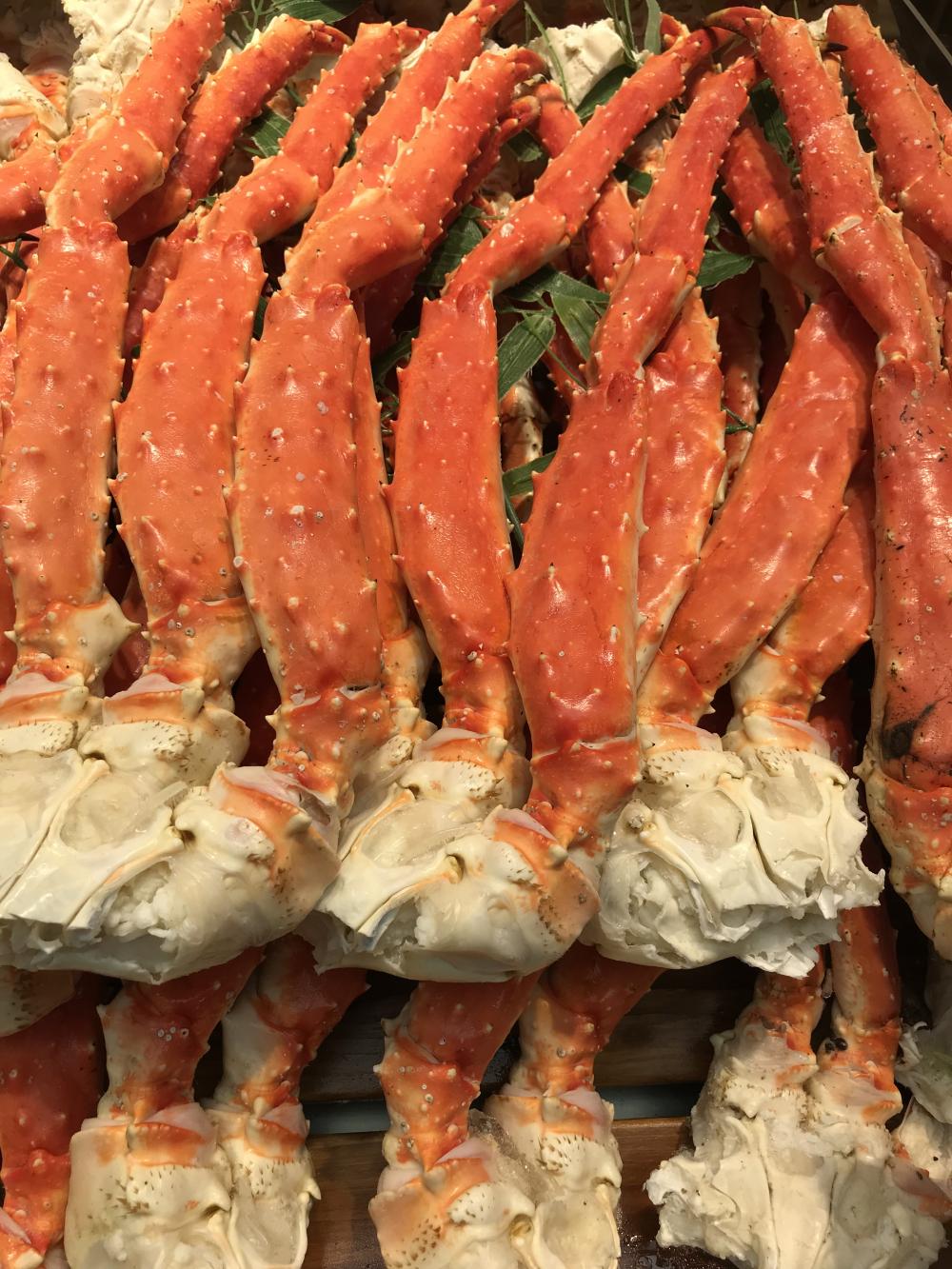 Kuromon Ichiba Market in Osaka is always crowded. Known for its abundance of fresh seafood and local meals, the market is about 600m long and features more than 150 food stalls and restaurants that offer various choices of sashimi and freshly cooked meals. Prices are clearly shown on the menu or on large labels put on top of each raw food. The market also has stalls offering dried and fresh fruits, snacks, grilled sweet potatoes and beverages like green tea. It is a place where visitors can enjoy the ambience of street food. Karnjana Karnjanatawe 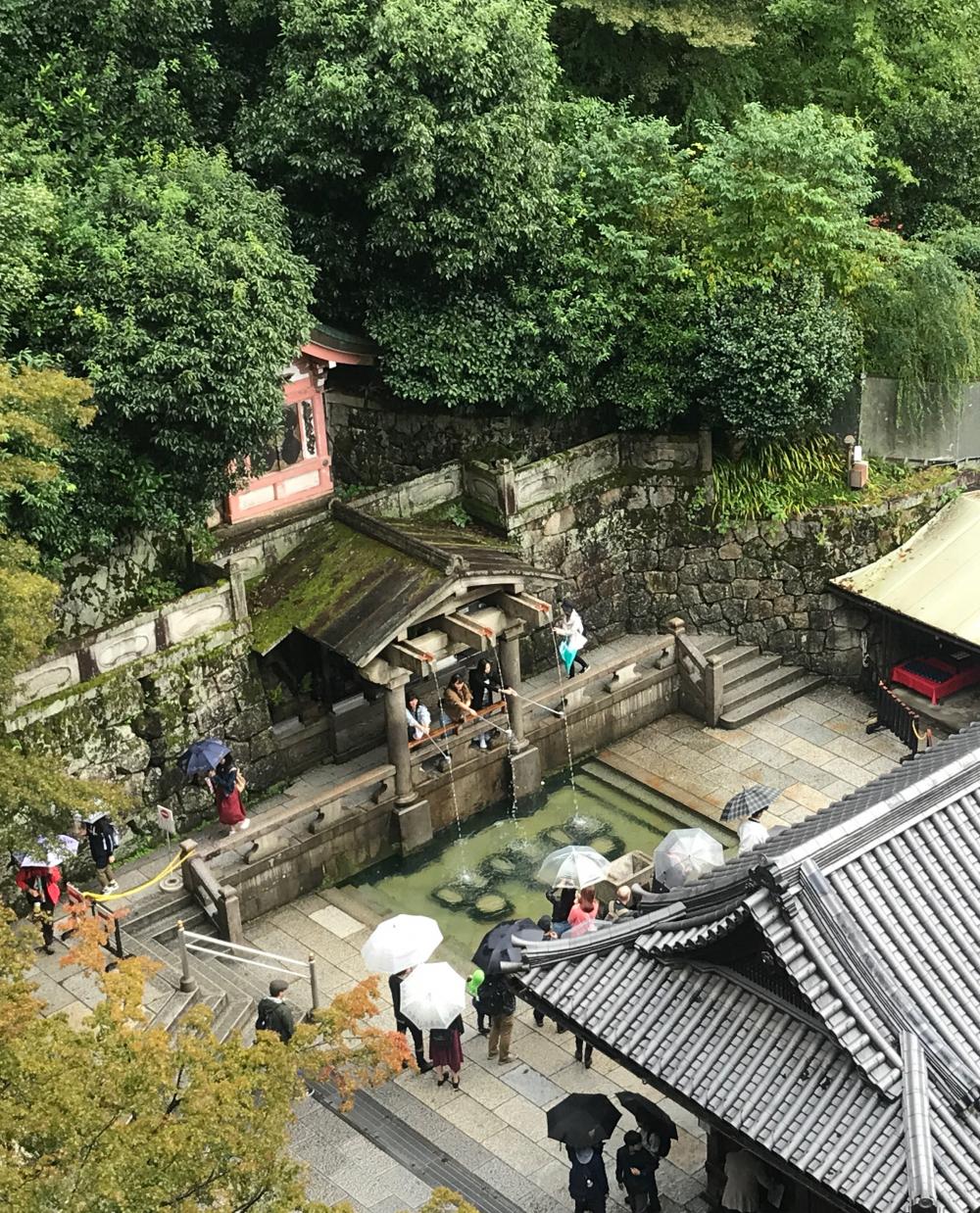 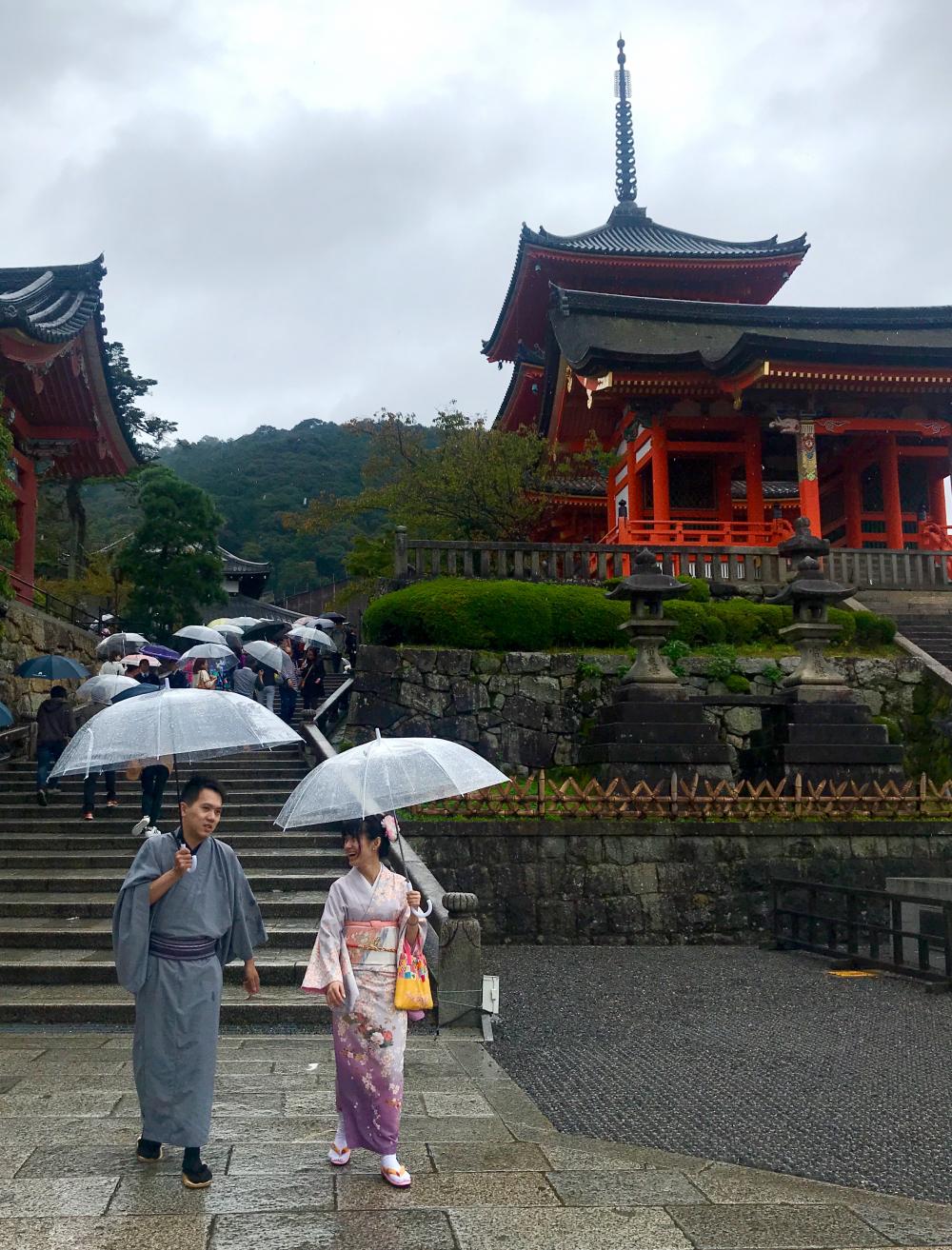 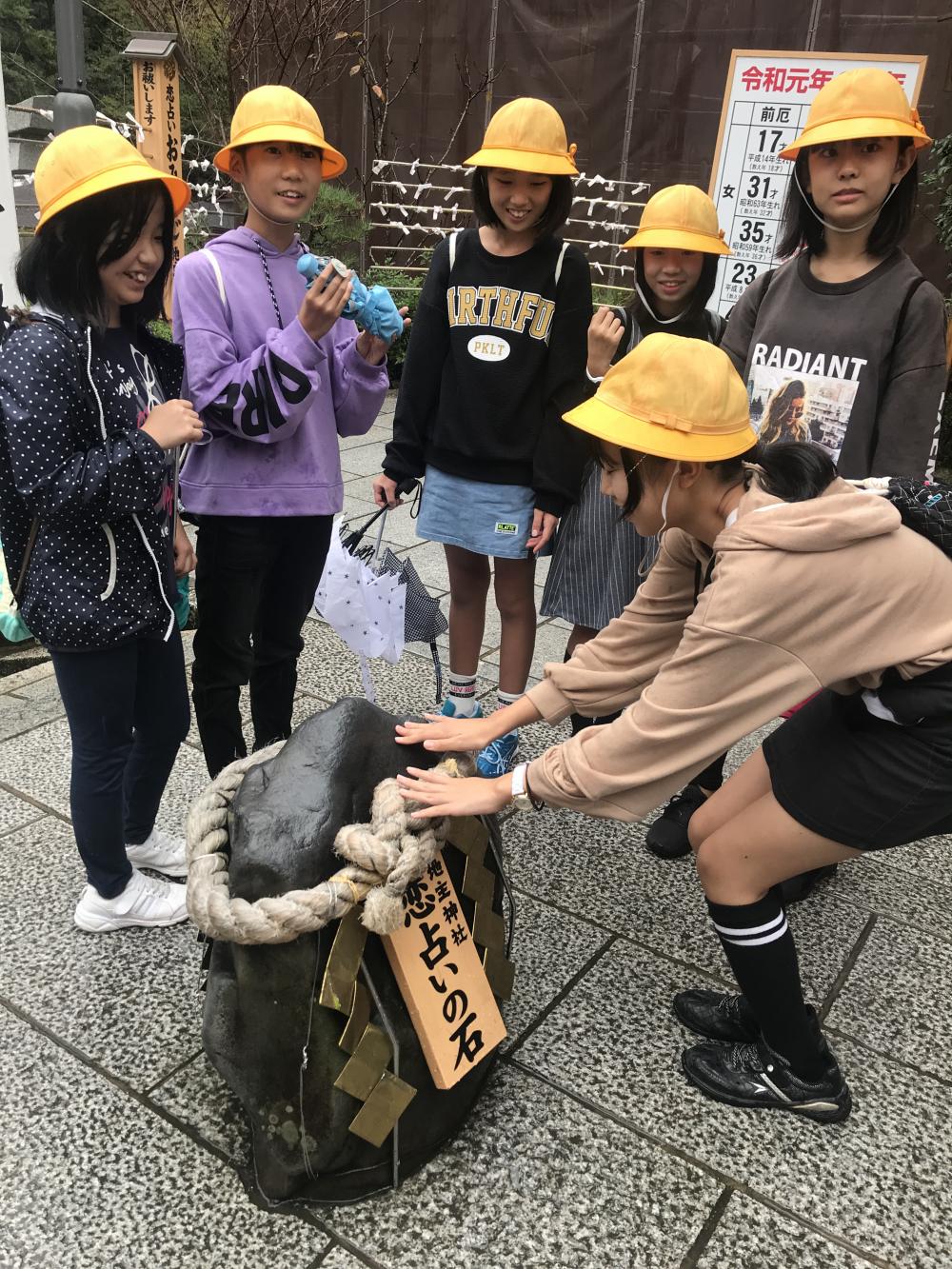 Kiyomizu Temple is known among Thai visitors as Wat Nam Sai because the name literally means pure water temple. It is one of Kyoto's most enduring tourist destinations. Built in 780 on a hill not far from the Otowa Waterfall, the temple has a large wooden hall complex that houses various small statues, including a statue of the highly respect Kuan Yin with a thousand arms. Behind the main hall is the Jishu Shrine, or the shrine of the deity of love. In front of the shrine are two stones, erected 18m apart. Visitors can take a challenge by closing their eyes and walking from one stone to reach to the other. If they can do it, they will have luck in love. Before leaving the temple, many visitors tend to stop at a raised platform where they can drink holy water. Visitors can use a cup attached to a long pole and drink the fresh and cold water from a palm, not directly from the cup. They believe the holy water will bring longevity and fulfil one's wishes. Karnjana Karnjanatawe 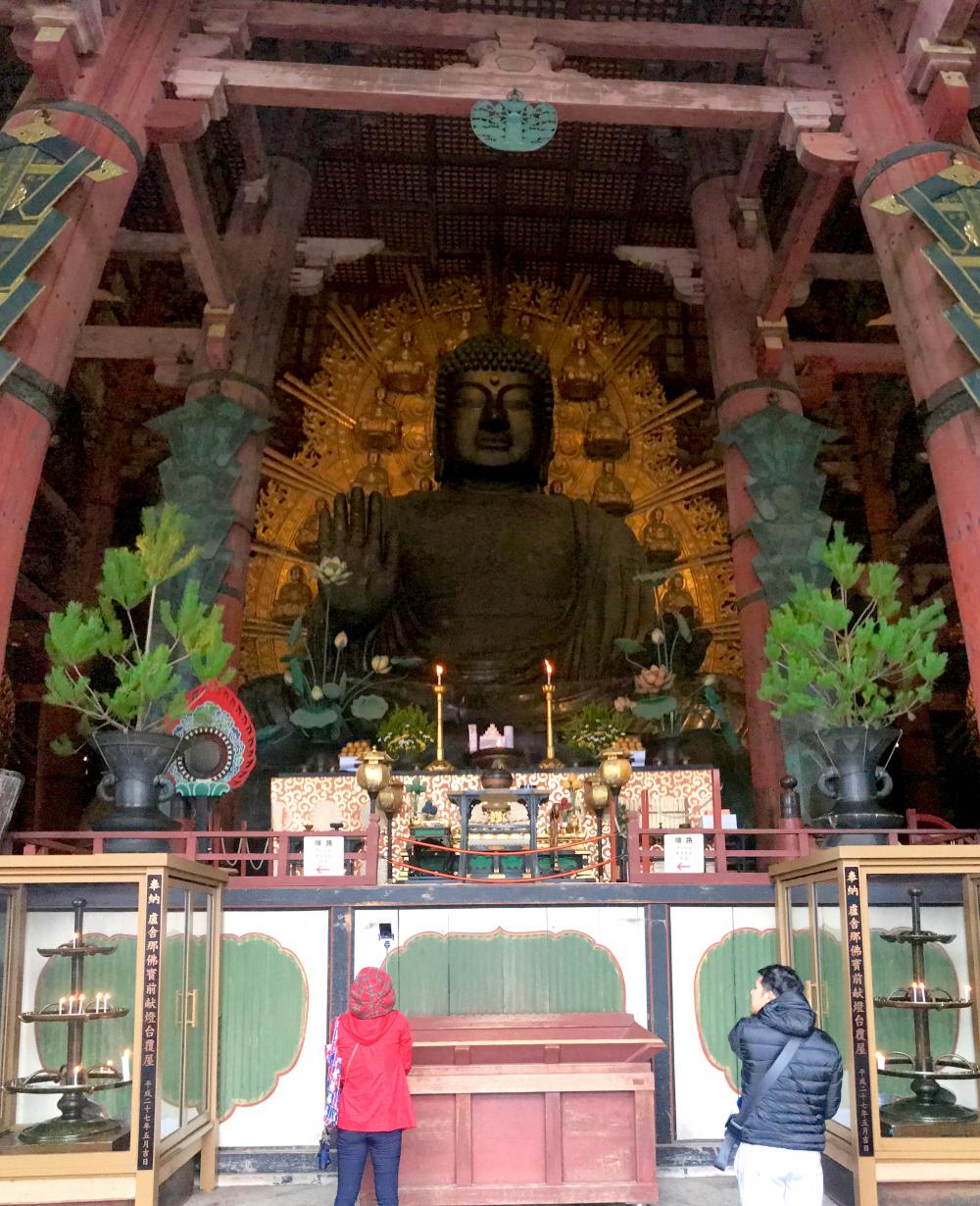 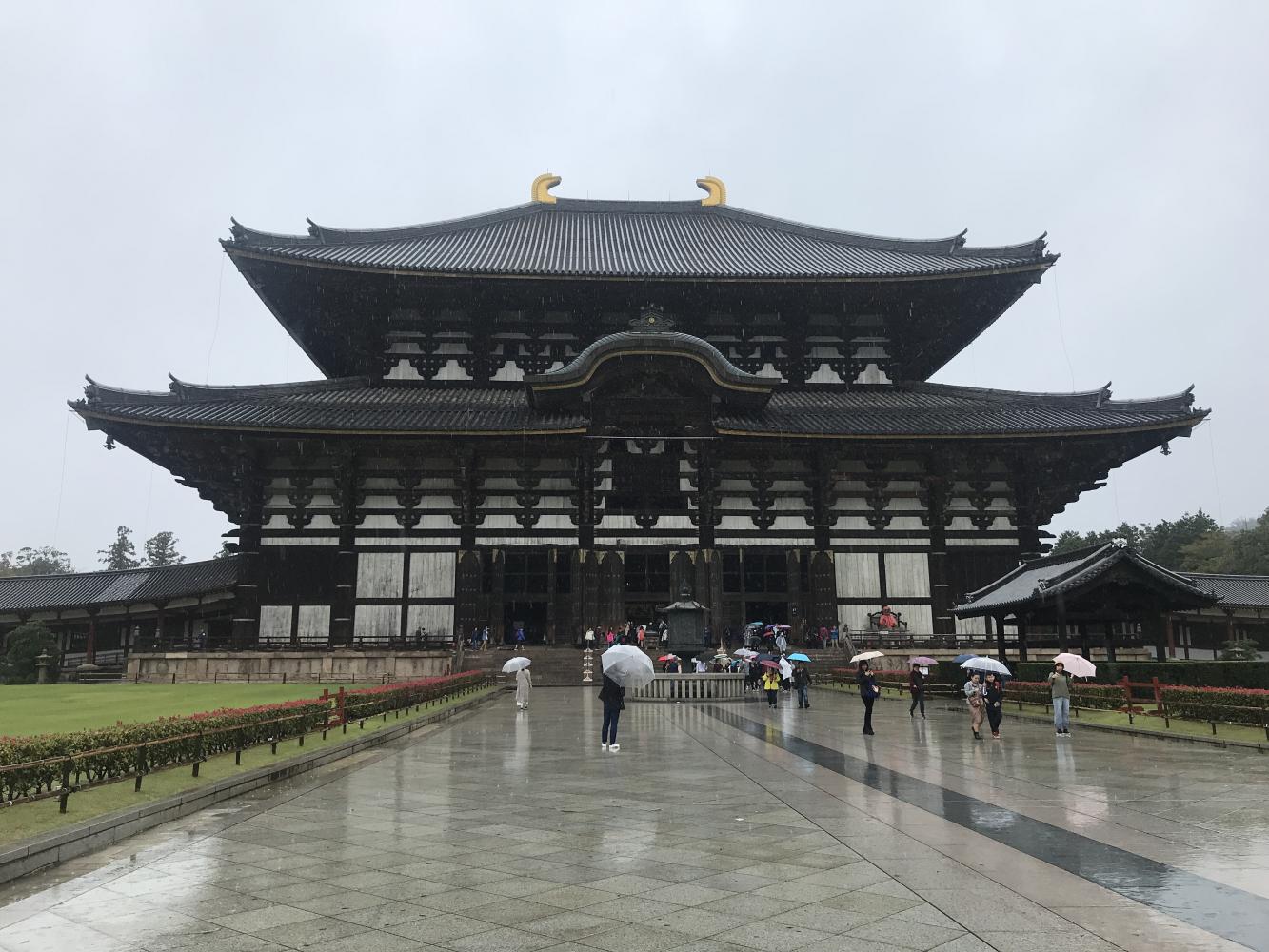 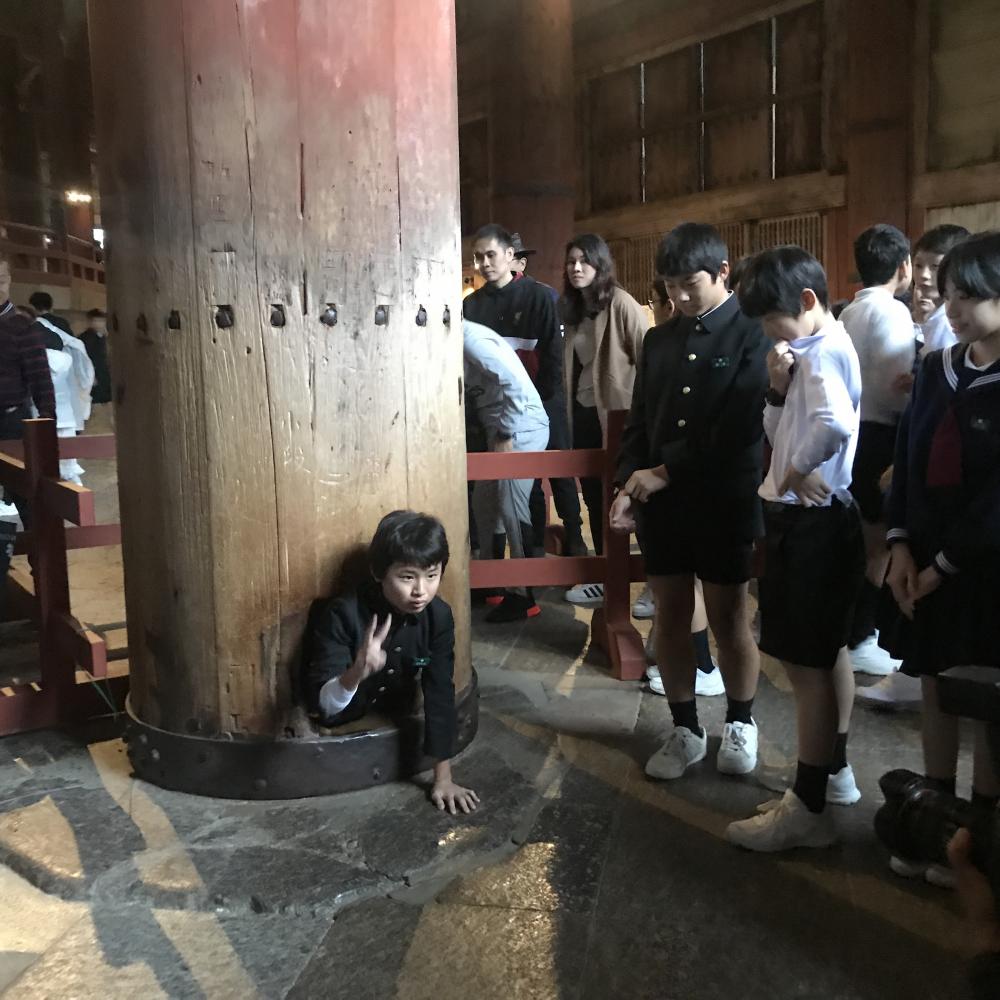 Todaiji Temple in Nara, about 32km east of Osaka, is one of Japan's most famous temples. Founded in 752, the temple houses a Big Buddha in its main hall. The seated Buddha (15m tall) is the world's biggest bronze Buddha sculpture while the hall is listed as the largest wooden building in the world. This is despite the fact that the present structure, which was rebuilt in 1692, is only two-thirds of the original size. Another popular attraction in the hall is a tall pillar with a hole in its base. The size is small enough for kids to pass through. Locals believe that anyone who can squeeze through the space will have their wishes come true. Karnjana Karnjanatawe 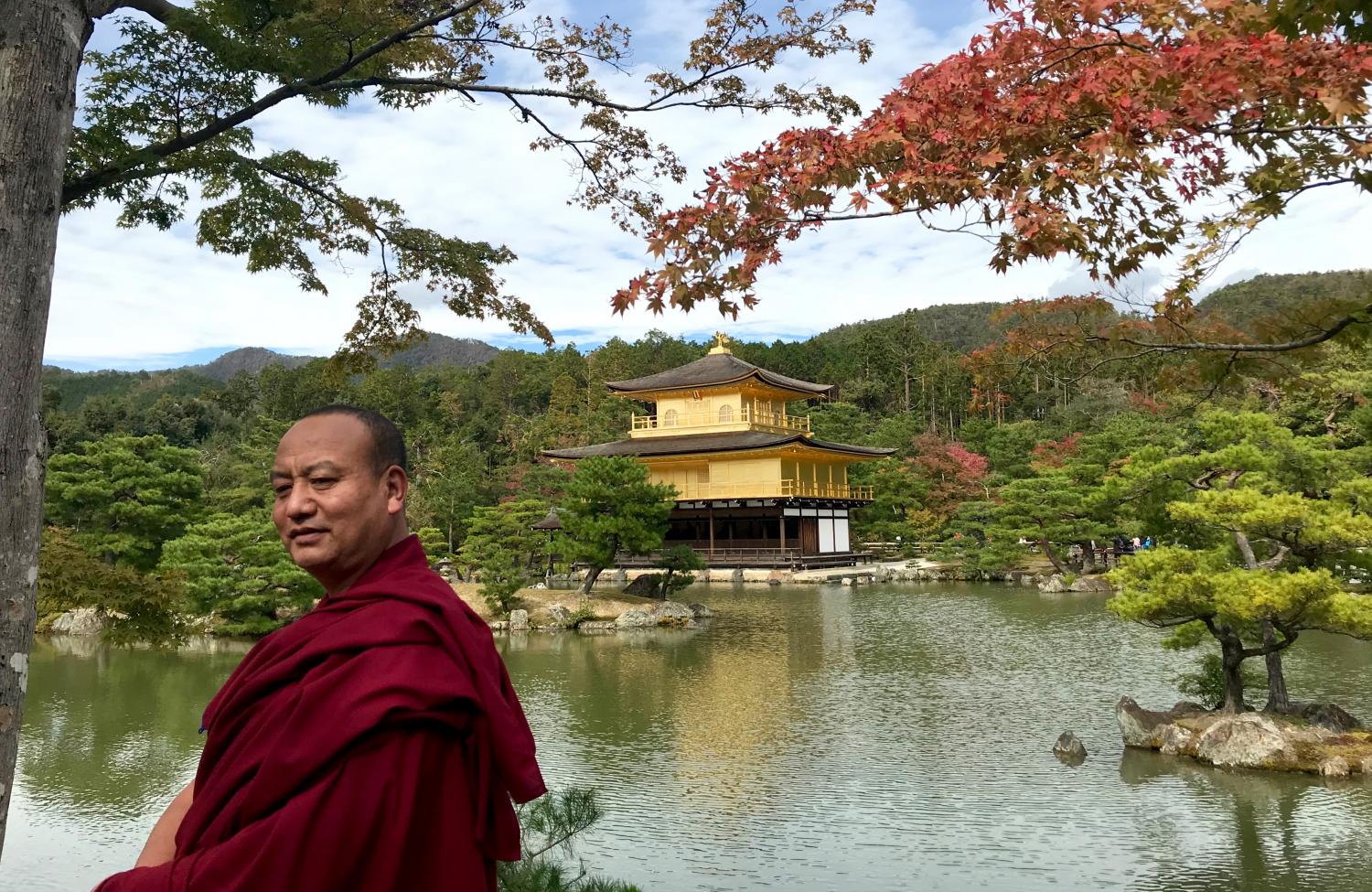 The Golden Pavilion is the highlight of Rokuon-ji Temple in Kyoto, about 55km northeast of Osaka. The temple is commonly called Kinkaku-ji Temple, meaning the temple of the golden pavilion. It is also well known among those who watch Ikkyu San, a popular Japanese anime TV series from the 80s. The villa was built in 1397 for a court noble and later owned by Shogun Ashikaga Yoshimitsu. The site was converted into a Zen temple by the Shogun's son according to his father's will. The building is covered in gold leaf. It also has a golden phoenix sculpture standing on the top of the roof. Today it houses Buddha relics. In 1994, the temple was registered as a World Cultural Heritage Site. Kinkakuji Temple is open from 9am to 5pm every day. Admission is 400 yen (113 baht) for adults and 300 yen (85 baht) for children. Visitors are encouraged to keep their ticket, which looks like a talisman. It is believed to bring good luck. Karnjana Karnjanatawe 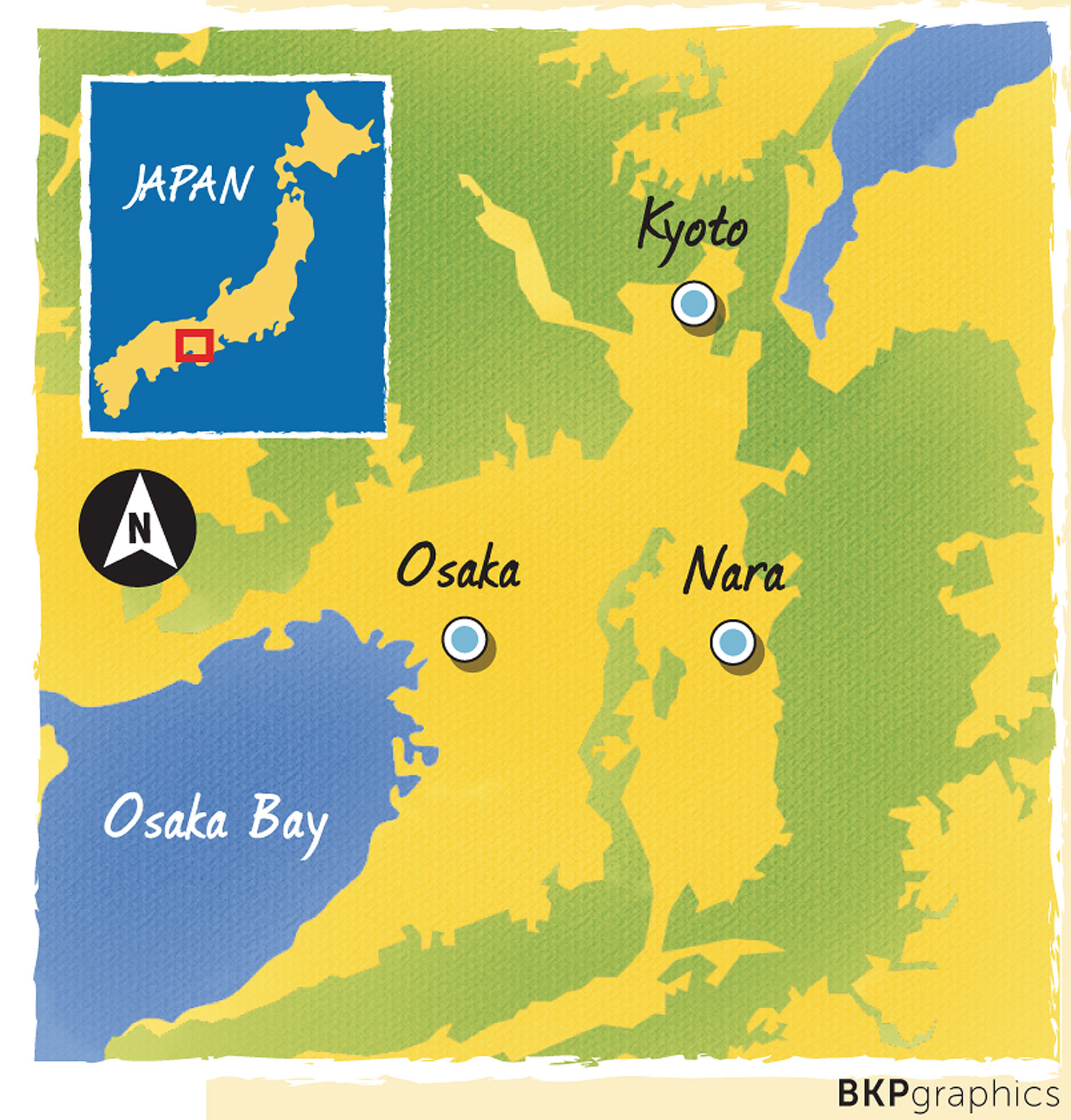