Rivers, lakes and canals around the country will be illuminated by candlelight as Thais release a series of lotus-inspired floats in order to ask forgiveness from the Water Goddess for their infringements during the much-loved Loy Krathong Festival.

If you wish to join in with the celebrations, here are several venues offering a wide choice of cultural performances, traditional rituals, fireworks and creative workshops from tomorrow until Monday.

From Nov 9 to 11, the Tourism Authority of Thailand will turn Santi Chaiprakan Park into an entertainment hub for its "Delightful Colour Of The River, Loy Krathong Festival".

Visitors can walk through a colourful water tunnel, then take a front-row seat to watch a traditional fireworks show. There will be a pavilion full of fun cultural activities for all the family, including creative workshops on how to make a krathong with natural materials, cooking traditional Thai delicacies, arranging floral garlands, carving fruit and banana stalks and making khon masks. 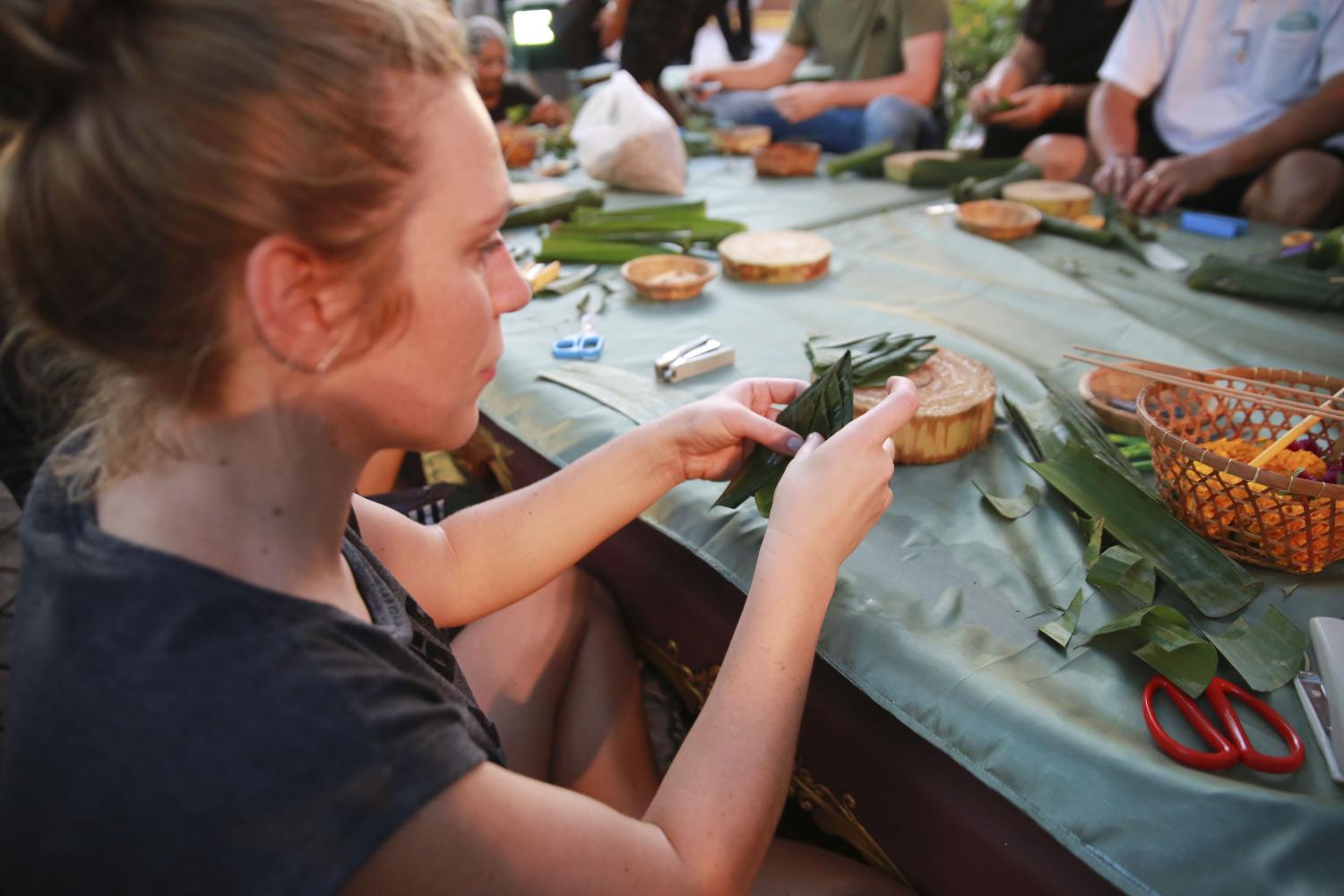 On Monday night, the "Loi Krathong Krung Kao Festival" will add colour to Pridi-Thamrong Bridge, Chedi Si Suriyothai, Phet Fortress and the Monument of King Naresuan the Great, with Krathong and Noppamat beauty contests, as well as a street market selling local food and handicrafts.

Sam Ruean Tambon Administrative Organisation Office in Bang Pa-in district will do its part to maintain Thai traditions by hosting the ancient full moon bathing ceremony, where visitors can ask the Moon for fortune, success and good health. There's also a workshop on how to create a traditional krathong talapat with water hyacinth. 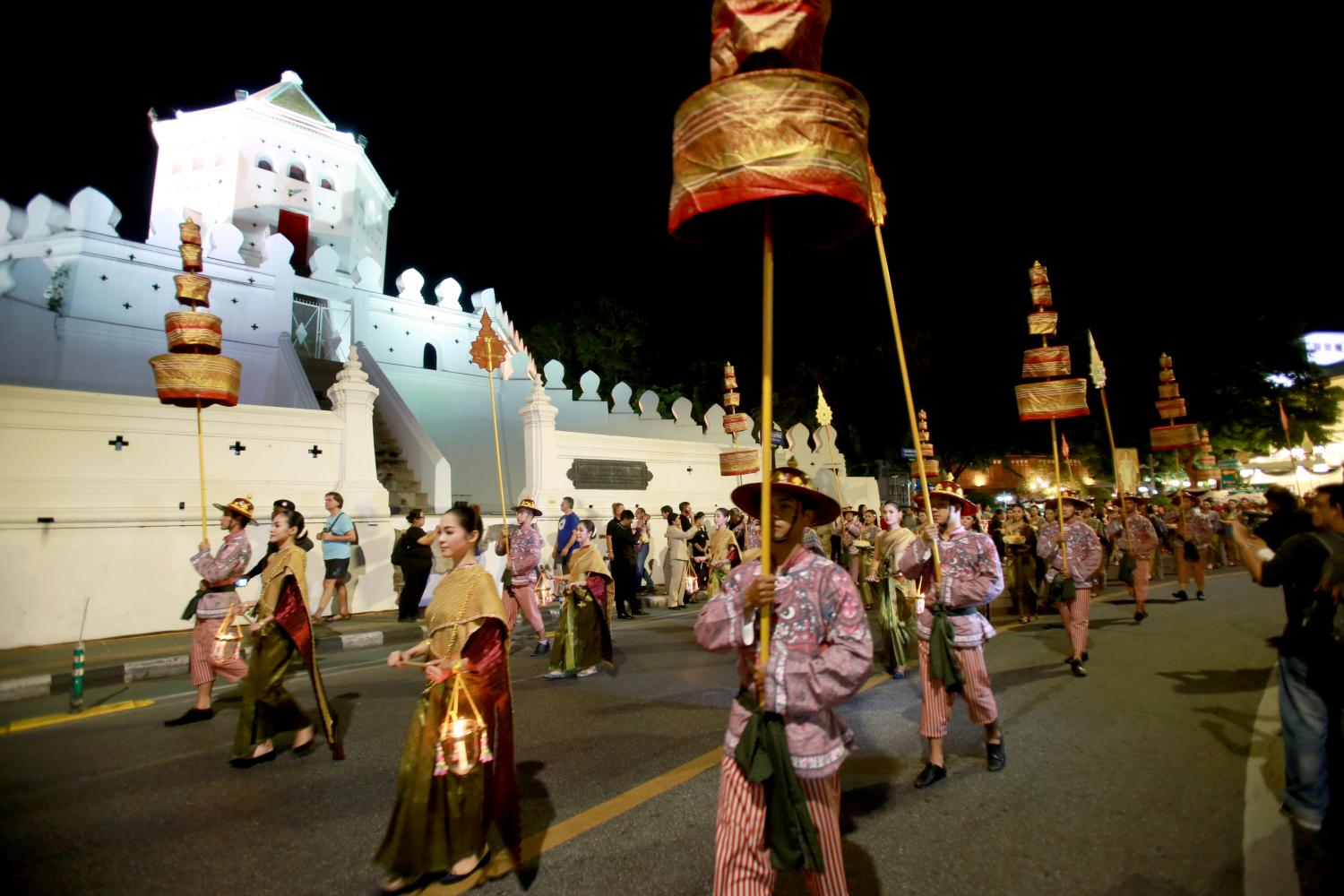 Walking Street in Sangkhlaburi district will transform itself into a colourful entertainment venue from Nov 9 to 11. Visitors can enjoy the traditional boat race, krathong competition, Noonoi Noppamat and a street market offering local handicrafts and local food.

Meanwhile, the recreated town of Mallika City, which depicts life in Siam around the year 1905, will host the Heman Wanpen festival. Visitors can dress in traditional Thai costume, float a krathong, take part in the Krathong Contest and enjoy live music, with pop singer Saranyu "Ice" Winaipanit taking to the stage for the Likhit Ratana show. 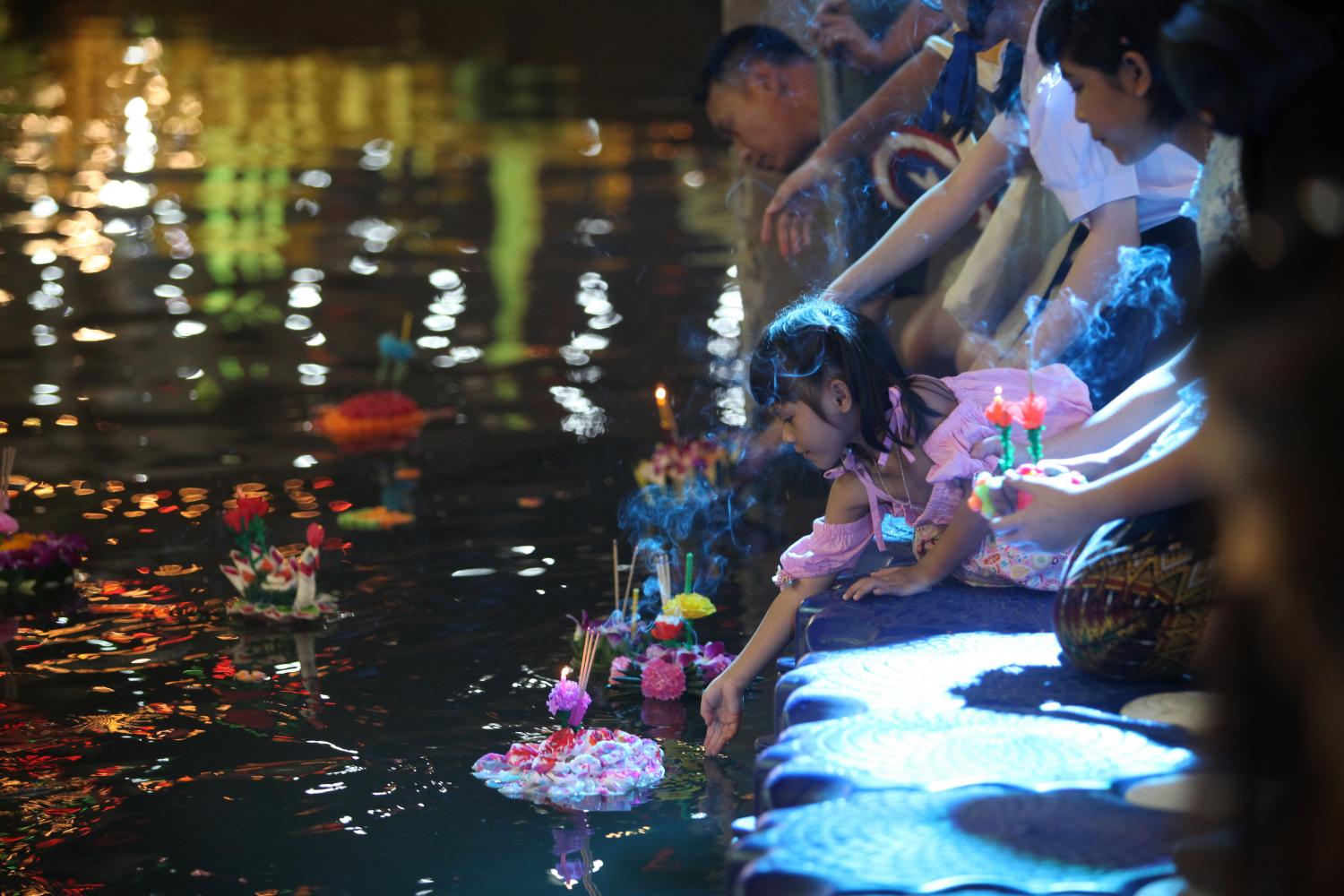 The old Lanna capital of Chiang Mai has long been a first-class festive destination, with the renowned Yi Peng Festival taking place from tomorrow until Tuesday.

From the Three Kings Monument, Chiang Mai Municipality Office and the Nawarat Bridge to Wat Si Khong Pier and Wat Lok Moli, the three-day event features Lanna-style religious ceremonies, the striking Krathong Parade Contest, fireworks, cultural performances and the Yi Peng Little Boys And Girls Contest. When night falls, locals will brighten the sky with illuminated paper lanterns and float krathong down to the river to pay their respects to Lord Buddha and the Water Goddess.