At Genting Highlands, entertainment runs from dawn to dusk

Perched at the top of Mount Ulu Kali in Malaysia, Resorts World Genting comprises six giant hotels and a resort, including the First World Hotel that held the title of "World's Largest Hotel" 2015 with 7,351 rooms, on the Guinness World Records list. "The City of Entertainment" has four 24-hour casinos, 250 retail venues, premium outlets of 150 international upscale brands, an indoor theme park with 16 thrilling rides and a snow world with an European village winter theme. In total, the entire property boasts 10,300 rooms.

Compared to hot and humid Bangkok, Resorts World Genting is a cool 15C, nestled amid the clouds. The two-hour-ride from Kuala Lumpur International Airport through steep, winding roads to the mountain did cause a lightheadedness, but the energy of the place packed with tourists upped my excitement and curiosity. One could easily call this place a giant resort-town, with the vibe of a fun winter camp. But rather than being the usual, fancy highland resort where people tend to rest and unwind, Resorts World Genting is filled with full-on entertainment. 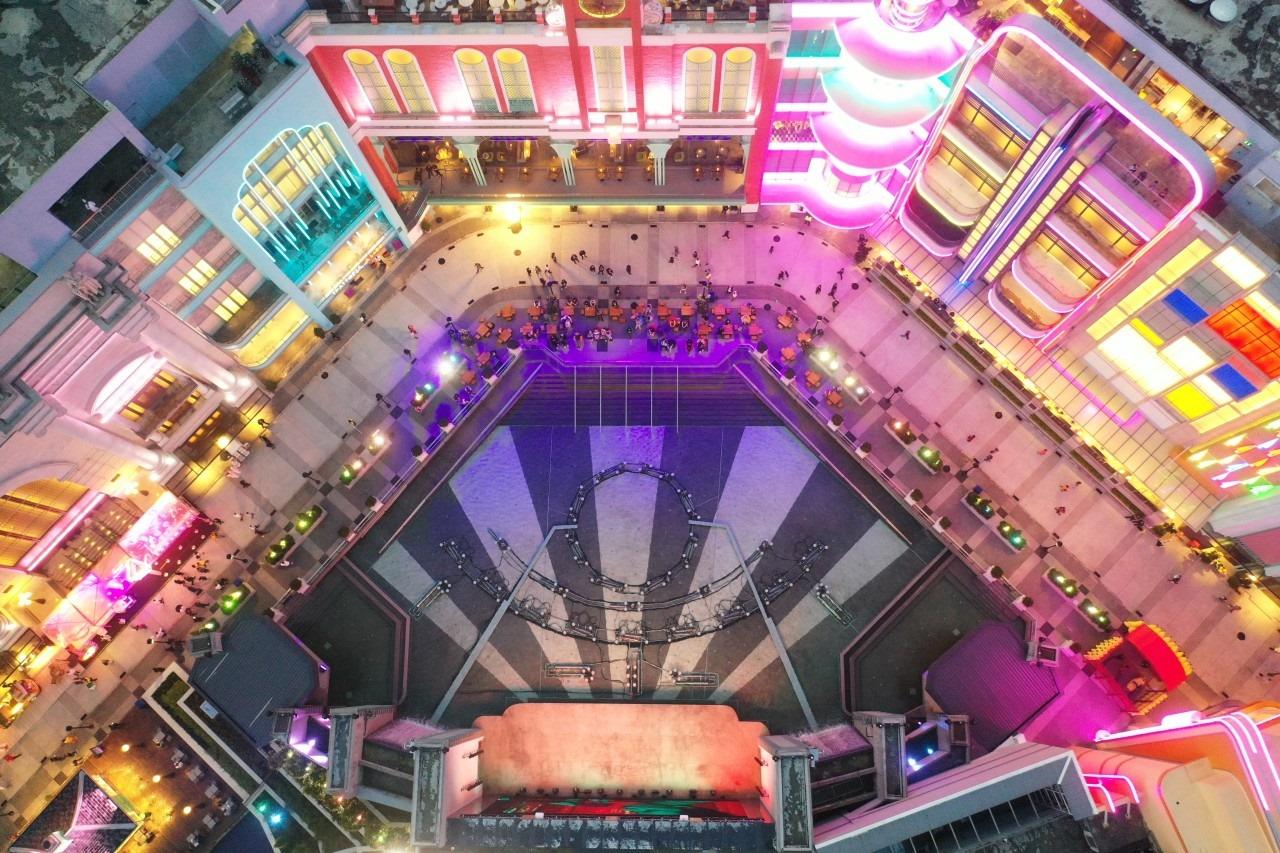 You are spoilt for choice with the resort and six hotels, each offering a unique style and facilities. But there is something for everyone.

The first hotel in Malaysia to receive a 5-star rating by Forbes Travel Guide 2019, Crockfords offers the swankiest accommodation in Genting. Opened in 2017, the hotel has 137 large suites, each with floor-to-ceiling windows that gives you an excellent mountain view, a marble steam bath, a separate marble rest room and a master control panel that allows guests to adjust lighting, temperature and curtains without having to leave their bed! For the fitness-conscious, check into the Gym Suite, which comes with a private exercising space, fully furnished with fitness equipment. When you are ready to try your luck at the tables, you will be pleased to find that the hotel's entrance is next to the SkyCasino. Rates start at B11,910 a night. 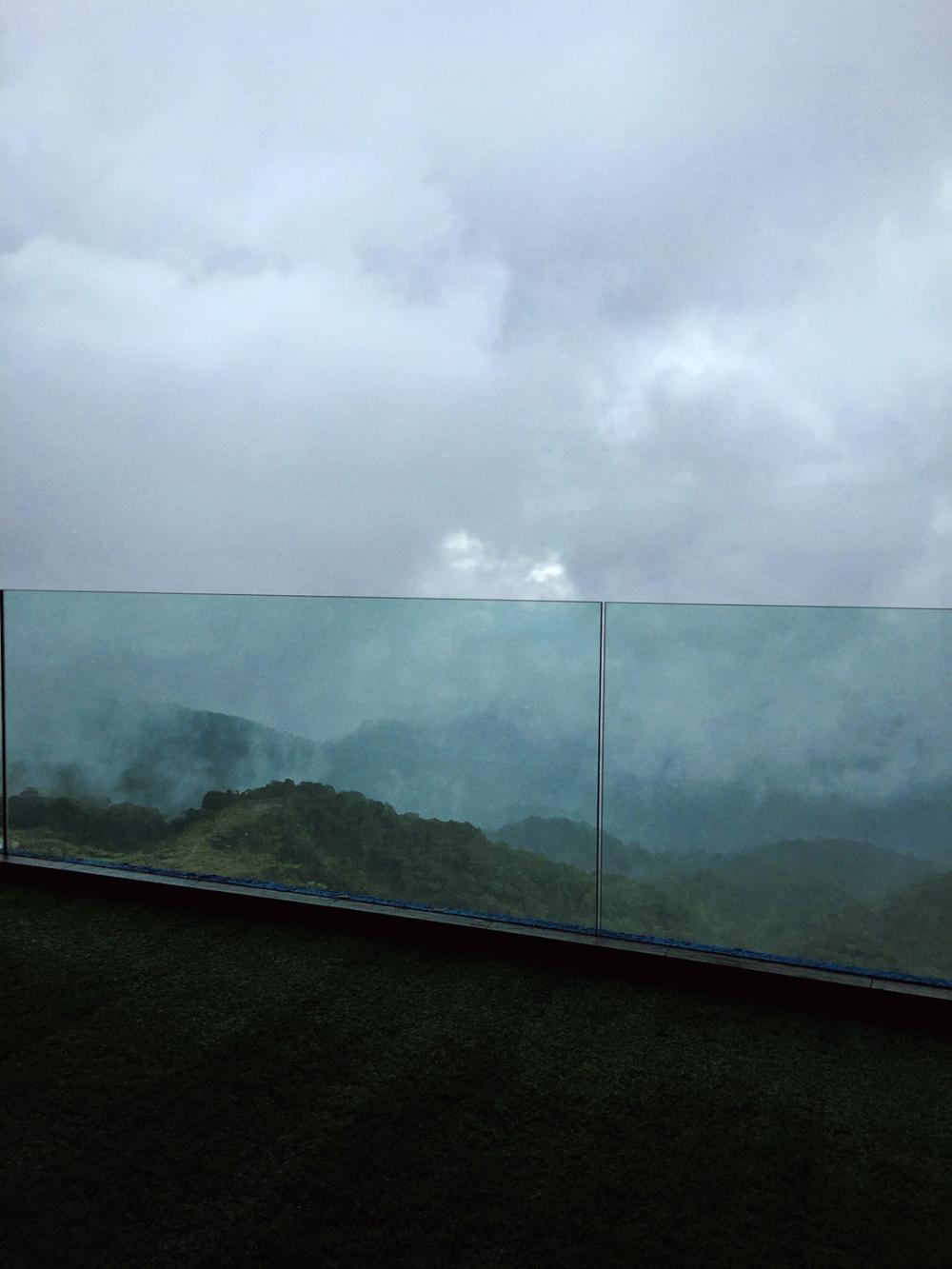 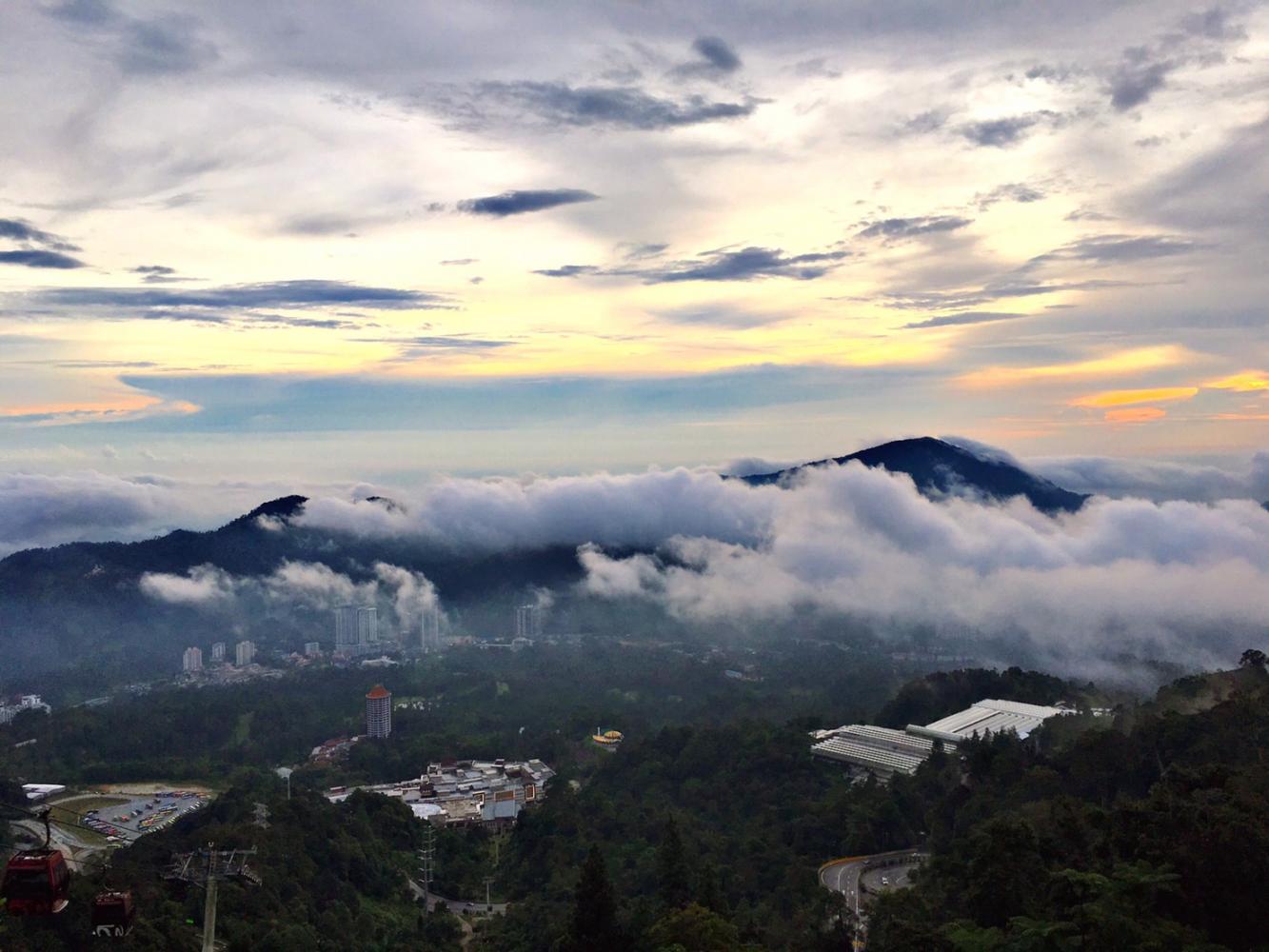 If Lady Luck is your constant companion and you only plan on being in the room to catch 40 winks, this is the hotel for you. With its bright rainbow-coloured towers, you can spot the hotel from afar. Once inside, expect to find chaotic crowds of tourists in an almost retro-style space that is far from a refined, luxurious 5-star hotel. Though if you are in Genting for the entertainment, you'd want to stay here as the hotel's lower floors house the Skytropolis Indoor Theme Park, the 24-hour SkyCasino and First World Plaza, a shopping centre that includes more than 250 retail venues, Imax cinemas, a bowling alley, the Ripley's Believe It or Not museum, Snow World, a video games park, the Train To Busan Horror House and The Void, Asia's first multi-sensory immersive virtual experience. The 7,351 rooms are small, with just enough space to fit a modest bathroom and separate toilet. Despite the size, rooms are comfortable with a reasonable price tag, good for guests on a budget. The hotel held the Guinness record for being the largest hotel in the world from 2006-2008 and earned the title again in 2015 when construction of Tower 3 was completed. Be warned, there is nothing fancy about the rooms here, which start at B765 a night.

Despite being slightly less fancy than the Crockfords, Maxims features 845 beautifully appointed retreats. Accommodations are large, with minimalist furnishings and are set facing a picturesque mountain landscape. All stays at Maxims are reserved for casino guests and Genting Rewards members. Go all out with the grand 464.5m² villa that has a private spa room, fully-equipped kitchen, jacuzzi and karaoke room. Rates start at B4,547 a night.

This hotel is the most recognisable in Genting as it sits right on mountain top, with a distinctive "Y" shaped building. It features a total of 422 suites and rooms, fitted out in a retro style, with bright light fixtures. If you can't get a stay in either Maxims or Crockfords, Genting Grand can provide nearly equivalent luxury, without costing as much. Rates start at B4,547 a night. 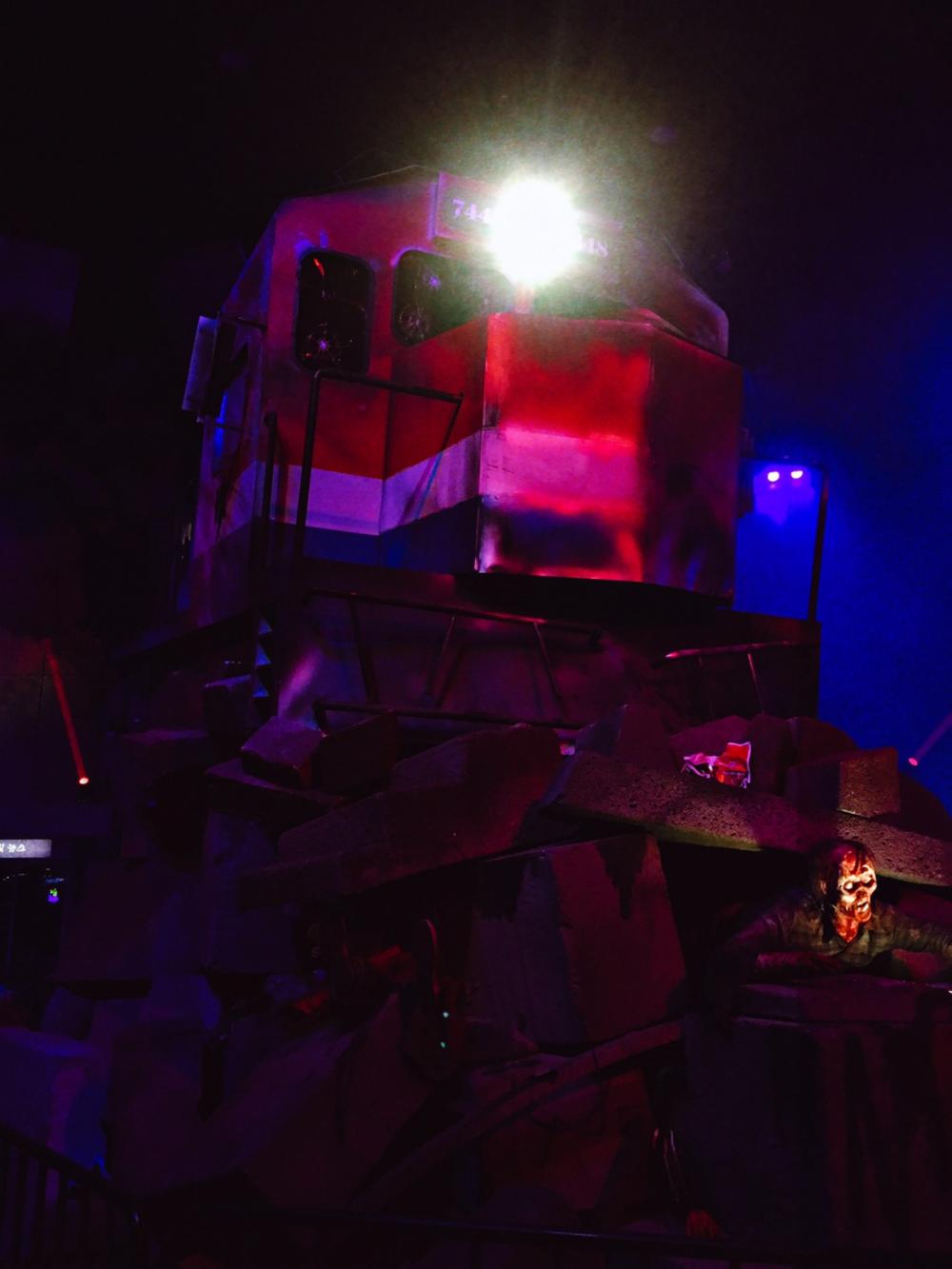 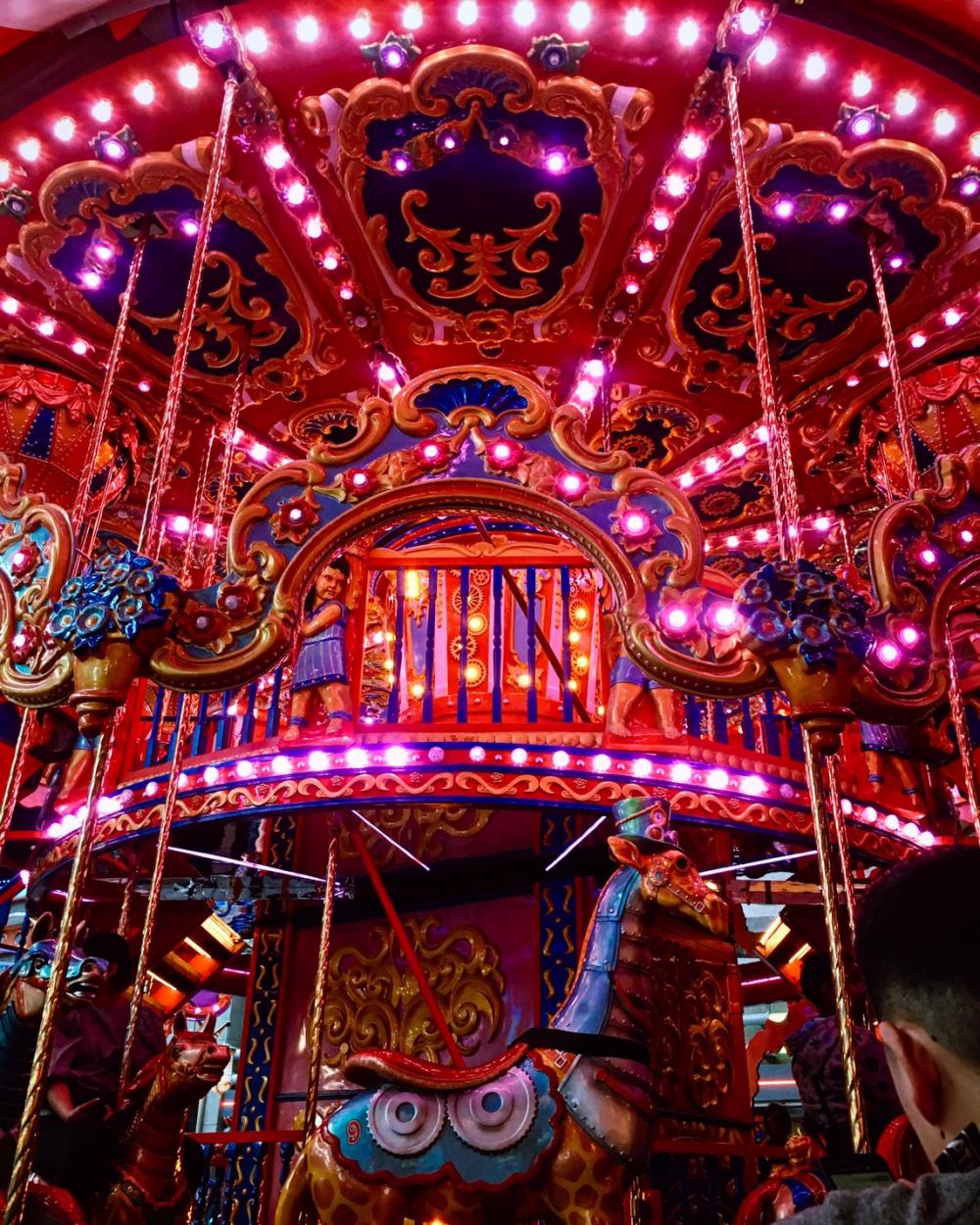 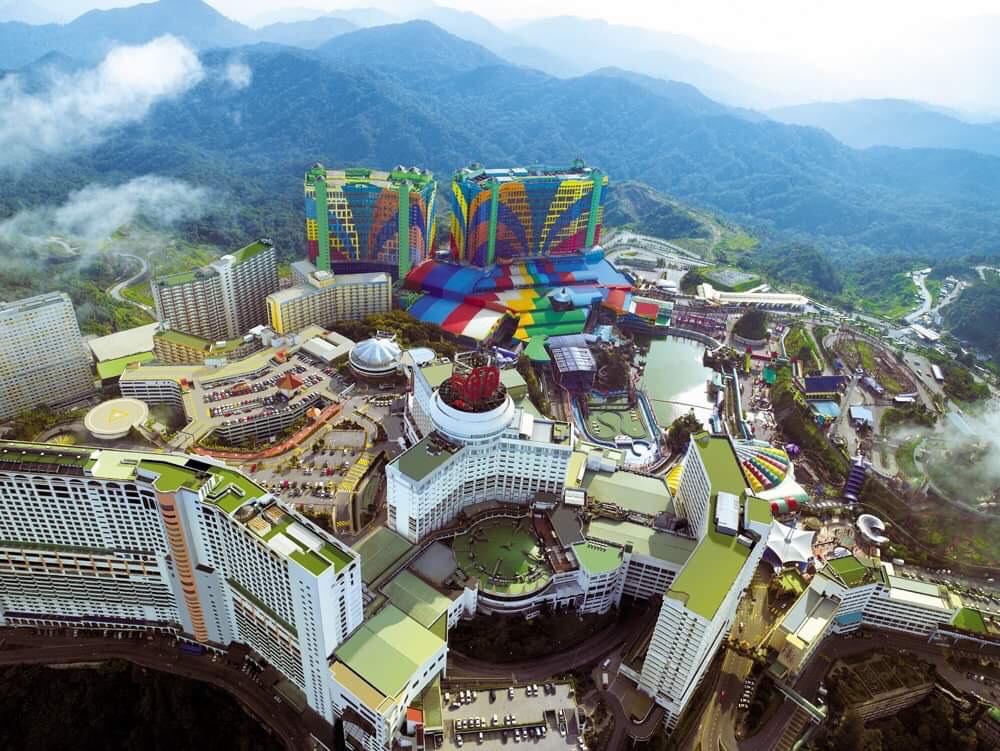 Surrounded by dense jungle, Awana is a good choice for nature lovers and health-conscious folks. It has easy access to trekking routes, an 18-hole golf course, swimming pool and other sports facilities. The lush jungle nearby is ideal for bird-watching, especially between March to October, when there are various migratory birds from different parts of the world. It is a two-minute drive from the Genting Highlands Premium Outlets. Rooms start at B2,050 a night.

Across the outdoor theme park, the Theme Park Hotel brings Japanese-inspired homeliving to the verdant hills of Ulu Kali. Rooms are suitable for families and big groups as each can fit about four to six people, with sizes ranging from 20.4-51m². They are decorated in a modern, minimalist style with wood accents and neutral tones. Rates start at B1,588 per night.

This 900-room hotel is at the main entrance of the 20th Century Fox World that is currently under construction and has easy access to the Genting de Casino. Though not fancy, the rooms are equipped with everything one needs. Expect all the basic modern comforts during your stay. Rooms start at B2,403 a night.

With the resort being quite a distance from the city, leaving it to do some sightseeing will take up a great chunk of time. But that isn't necessarily a flaw as Resorts World Genting provides whatever you are after: be it a casino to gamble away all your money in (or double it!), an indoor theme park to get your adrenalin pumping or a large shopping mall to stroll around in. Night owls will be quite pleased by the 3,251m² underground hub of clubs, bars and restaurants, while active vacationers will find pleasure in a 3km jungle trek to a waterfall and some fine bird-watching in dense woods. Do not miss the recently-launched Train To Busan Horror House, which is a 360 degree virtual reality gaming experience where your mission is to escape from a train of horrors, or try The Void, Asia's first multi-sensory immersive virtual experience that lets you interact with your Marvel heroes and live out your fantasies. The most recent story the Void has included is "Avengers: Damage Control", where you'll be fighting alongside Thor, cracking jokes with Ant-Man and getting real-close with the handsome Doctor Strange. Let me tell you, the experience felt incredibly real.

With a youthful vibe and a wide array of activities, a stay at Resorts World Genting gives you a sense of fun. Despite being renowned for its casinos, anyone who dislikes gambling (like me) will still find delight in exploring this giant property, which experiences fabulous weather and has scenic mountain views. However, be warned that if a peaceful staycation with a tranquil vibe is what you're after, this place is clearly out of the question.