Southeast Asian tourism is likely to be the worst-hit due to the Covid-19 epidemic.

According to GlobalData, a leading research and consulting company, China-outbound tourism is a significant contributor to the global tourism industry, accounting for about 12%, or 159 million, of global outbound travellers in 2019. Moreover, the Chinese-outbound market had the second-highest spending last year, with an expenditure of US$275billion.

Over 200,000 flights were cancelled or proactively removed from schedules to, from and within China from Jan 23 until Feb 18, according to Cirium, an analytics company.

The International Air Transport Association announced that its initial assessment of the impact of the Covid-19 shows a potential 13% full-year loss of passenger demand for carriers in the Asia-Pacific region. The total revenue loss for airlines in the region may reach $27.8 billion in 2020.

As the virus transmission and infection rates rise, airlines are increasingly cancelling flights. Countries in Southeast Asia, like Thailand, Malaysia and Singapore, are expected to lose $3-6 billion in tourism-related revenues.

- Thai Airways and Thai Smile have waived the ticket-change fees for passengers from Bangkok with round-trip tickets to countries hit by Covid-19.

The countries are China and Hong Kong, where tickets were issued by Jan 28 for travelling by April 30, as well as Japan, South Korea, Taiwan and Singapore for passengers who purchased tickets by Feb 18 and were scheduled to travel from that date until April 30.

Last is Italy, for which tickets issued before or on Feb 25 to travel from now until the end of April.

Passengers may make changes to airline tickets before the flight date within the ticket-validity date, or extend the departure date at any THAI sales office until Sept 30.

- In addition, NokAir is waiving the ticket-change fee on the Bangkok-Hiroshima route for passengers who bought round-trip tickets before or on Feb 21 to travel from now until March 31. Passengers can make a one-time change at least seven days before a new departure date, which should be made by June 30.

For more details, contact the call centre at 1318 or visit counters, offices or agents.

The hotel consists of two parts; the main facility is located in Si Racha district and the other accommodation on Ko Si Chang, about a 20min ride by speedboat or a 45min ferry ride from the mainland. 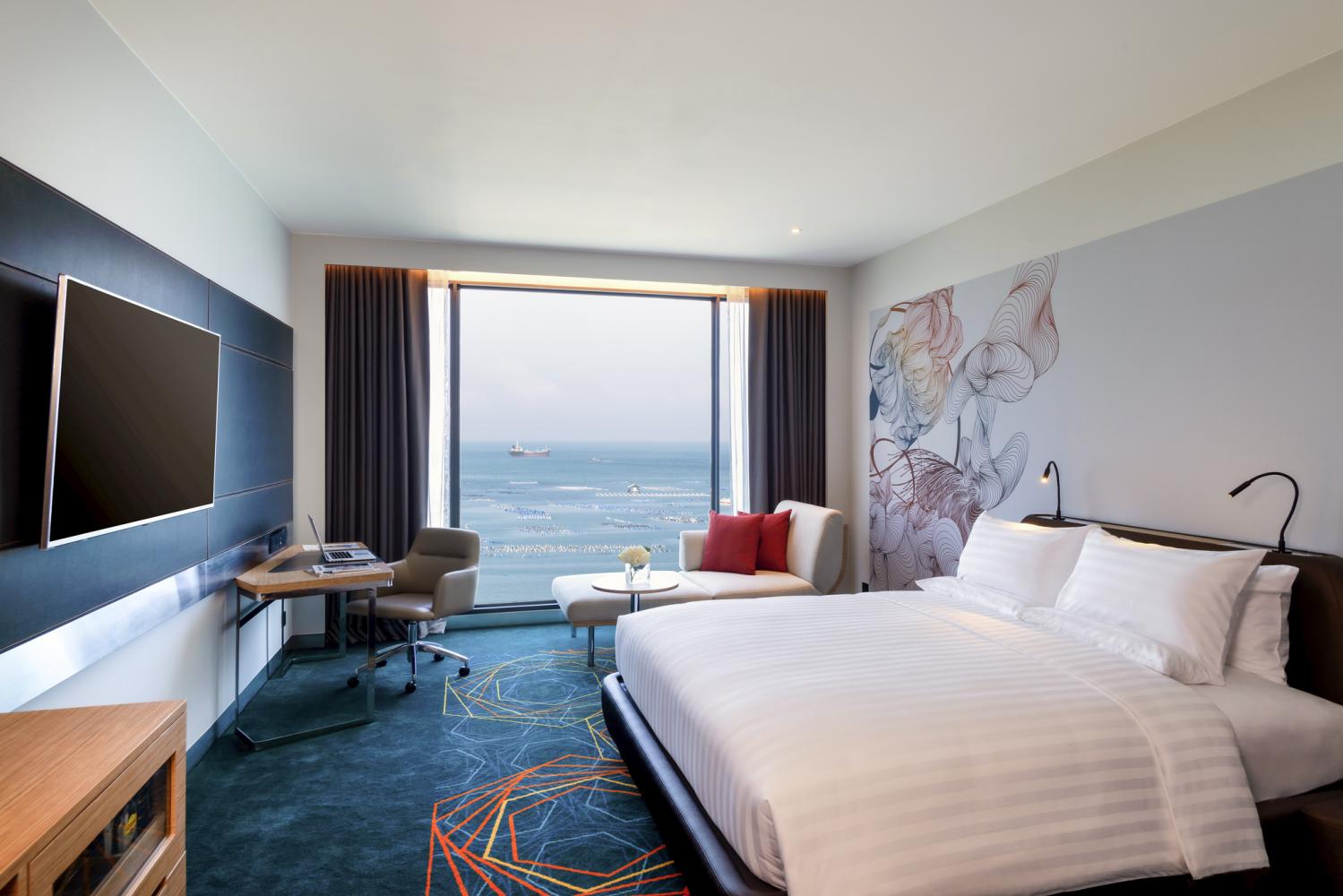 The hotel will have 275 rooms, including 235 rooms and suites in Si Racha and 40 rooms and villas on Ko Si Chang. Other facilities are two restaurants, three bars, a fitness centre, swimming pool, spa, kids' room, Premier Lounge and five meeting rooms.

The facility on Ko Si Chang will be open by the end of the month. The hotel will have a private pier and speedboat services to shuttle guests between the two locations.

To celebrate its launch, Novotel Sriracha & Ko Si Chang Marina Bay Hotel offer a special rate for Superior Rooms at 2,435++ baht per night with breakfast for two from now until March 31.

- Bed Hotels has launched a 20% discount to celebrate the 5th anniversary of Bed Phrasingh Hotel in Chiang Mai.

The hotel features 63 suites and 14 villas. Room rates start at 6,969 baht net for a night's stay in the Verandah Suite and 14,999 baht net for the Pavilion Pool Villa.

The prices include breakfast for two, scheduled shuttle service to Chaweng Beach, and a 30% discount on food and beverages at Ocean Pier as well as spa treatments.

The offer is available until March 4 for Thai residents and expatriates, and for stays until Dec 23.