Step into the mud
Travel

Step into the mud

published : 28 May 2020 at 04:00
newspaper section: Life
writer: Karnjana Karnjanatawe
Thiam Sakulphram, 61, has grown Chinese water chestnuts for decades. Nowadays, the price has dropped almost by half to 50 baht a kilo due to the closure of restaurants and factories for processing water chestnuts. Visiting tourists will give extra income to the farmer. Harvesting water chestnuts from a muddy chunk is labour intensive. A rai of land can yield up to 4 tonnes of haeo. After harvesting, Thiam will peel the black skin of the water chestnut by cutting the top and the bottom before peeling the middle part and making sure that each water chestnut has a perfectly round shape. She will boil them for a middleman. Her produce together that of other farmers will be delivered to wholesale markets including Talat Thai and Talat Si Mum Muang in Pathum Thani.

The late morning Sun was almost unbearable. It was about 10.30am when I arrived at a water chestnut farm in Wang Yang District in Suphan Buri. It was my first one-day trip after the lockdown measures were eased last week.

Thiam Sakulphram gave me a broad smile before putting a mask on while I entered the front yard of her house.

"It was quiet during the past two months. I'm glad to have a visitor," she said.

Thiam is a farmer. She is one of 45 members of Somwang Thi Wang Yang Community Enterprise and Community-based Agrotourism Group. My trip started at her farm. She would teach me how to harvest water chestnuts or haeo, aka somwang, in the Thai language.

The agrotourism group was initiated by Wang Yang Municipality three years ago with the support of the Thai Health Promotion Foundation. The aim was to help farmers earn extra income. The municipality also wanted to promote a local way of life for water chestnut farmers after the vegetable was registered as a Geographical Indication (GI) product of Suphan Buri in 2017.

Haeo is widely grown in Muang, Sri Prachan and Sam Chuk districts. About half of the 3,000 rai of total haeo farms in the province are located in tambon Wang Yang in Sri Prachan district, according to Koolchaya Klaysuban, an officer with Wang Yang Municipality. She is also the treasurer of the agrotourism group.

"We are the largest producer of water chestnuts in Thailand," she said.

Haeo is a water plant that can grow well in the mud. It has tubular green leaves which may look like shallots at a glance. Farmers in Suphan Buri have grown the plant for decades, but it became a popular economic plant around 1950 when some locals started planting the imported water chestnut from China. The size was larger than the local variety. Consumers preferred the Chinese water chestnut due to its big size and crunchy texture.

Normally, farmers in Wang Yang rotate plants in their farmland. After growing rice for two rounds, they grow water chestnuts and sometimes taro. This technique can help keep the land fertile. They do not use hazardous chemicals nor the burning method of conventional farming to kill weeds, said Koolchaya, adding that some farmers practise organic farming.

To eat the sweet and crunchy water chestnut in Wang Yang, I needed to harvest them first. Thiam handed me a pair of long black socks together with a pair of orange thigh waders and yellow gloves.

"Put an elastic band on your wrists to make sure the gloves won't fall off," she advised.

Thiam walked barefoot. She led me and Koolchaya to a water chestnut plot.

"Why don't you wear waders and gloves like me?" I asked Thiam. 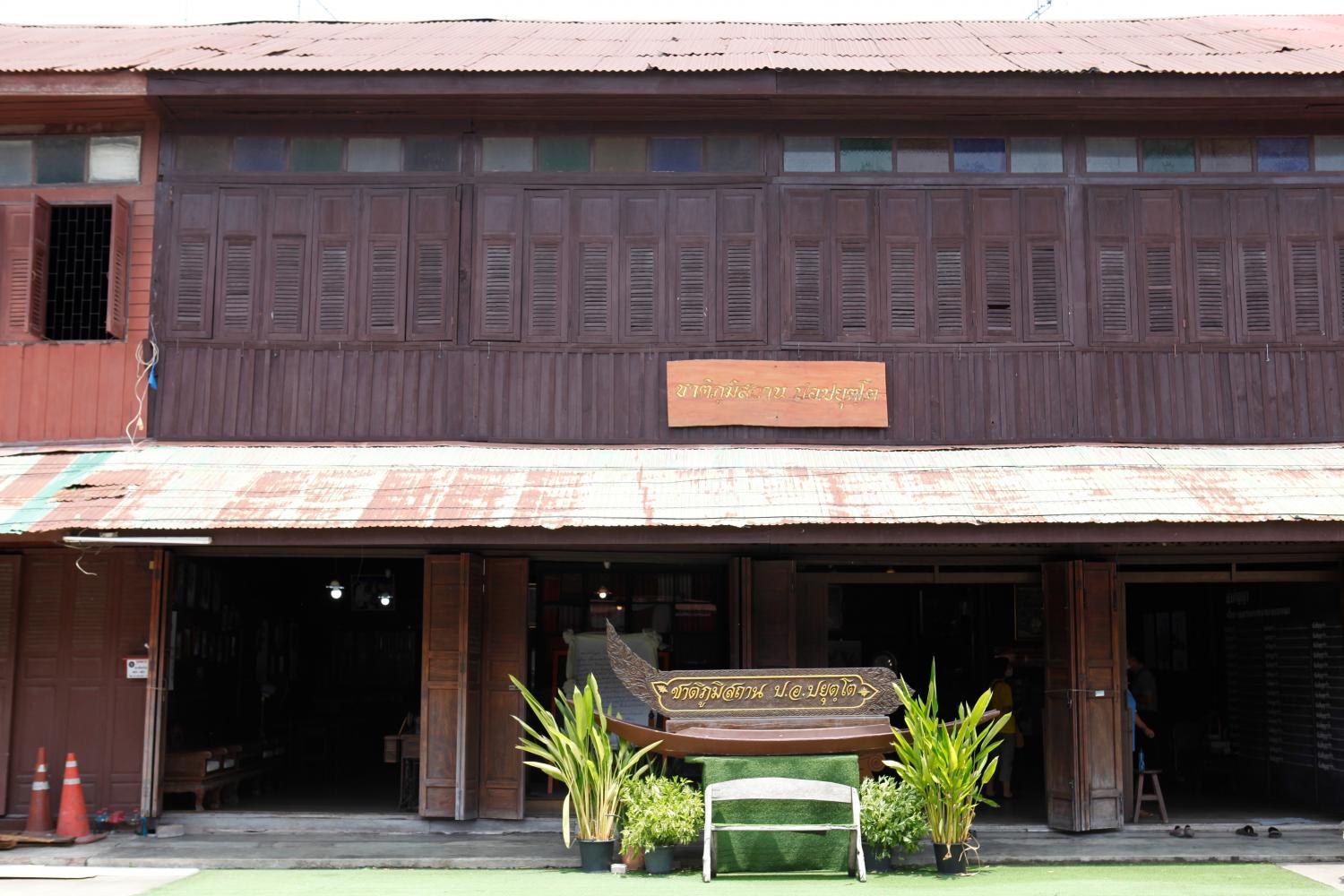 Four shophouses were converted into the Chatiphumi Sathan P.A. Payutto museum, named after the venerable Buddhist monk. The museum opened on Jan 12, 2006, to mark the birthday of Somdet Phra Buddhakosajarn (Prayudh Payutto). The foundation organises a merit-making ceremony on the date each year. The event is always joined by national and local artists. 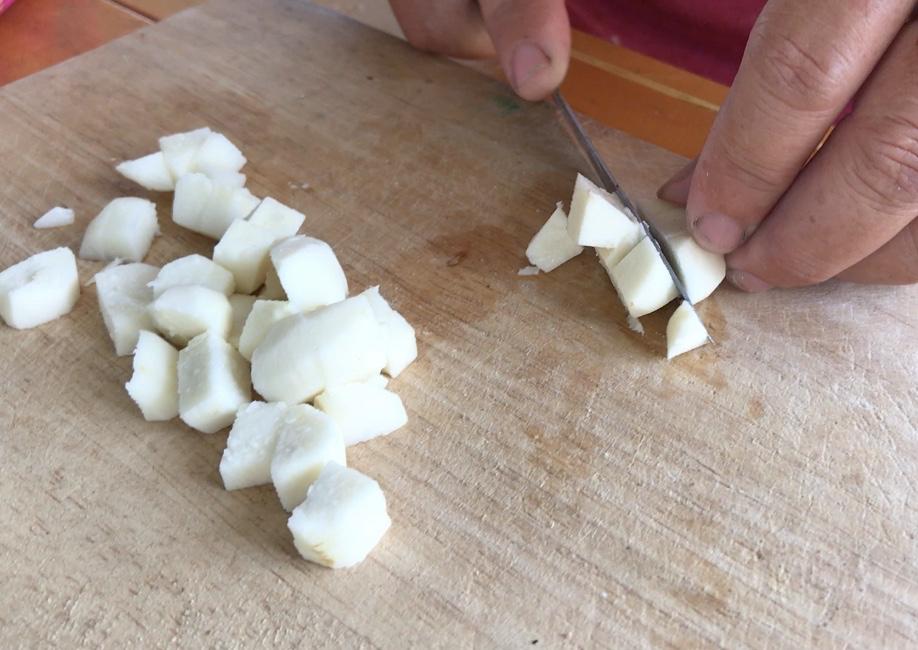 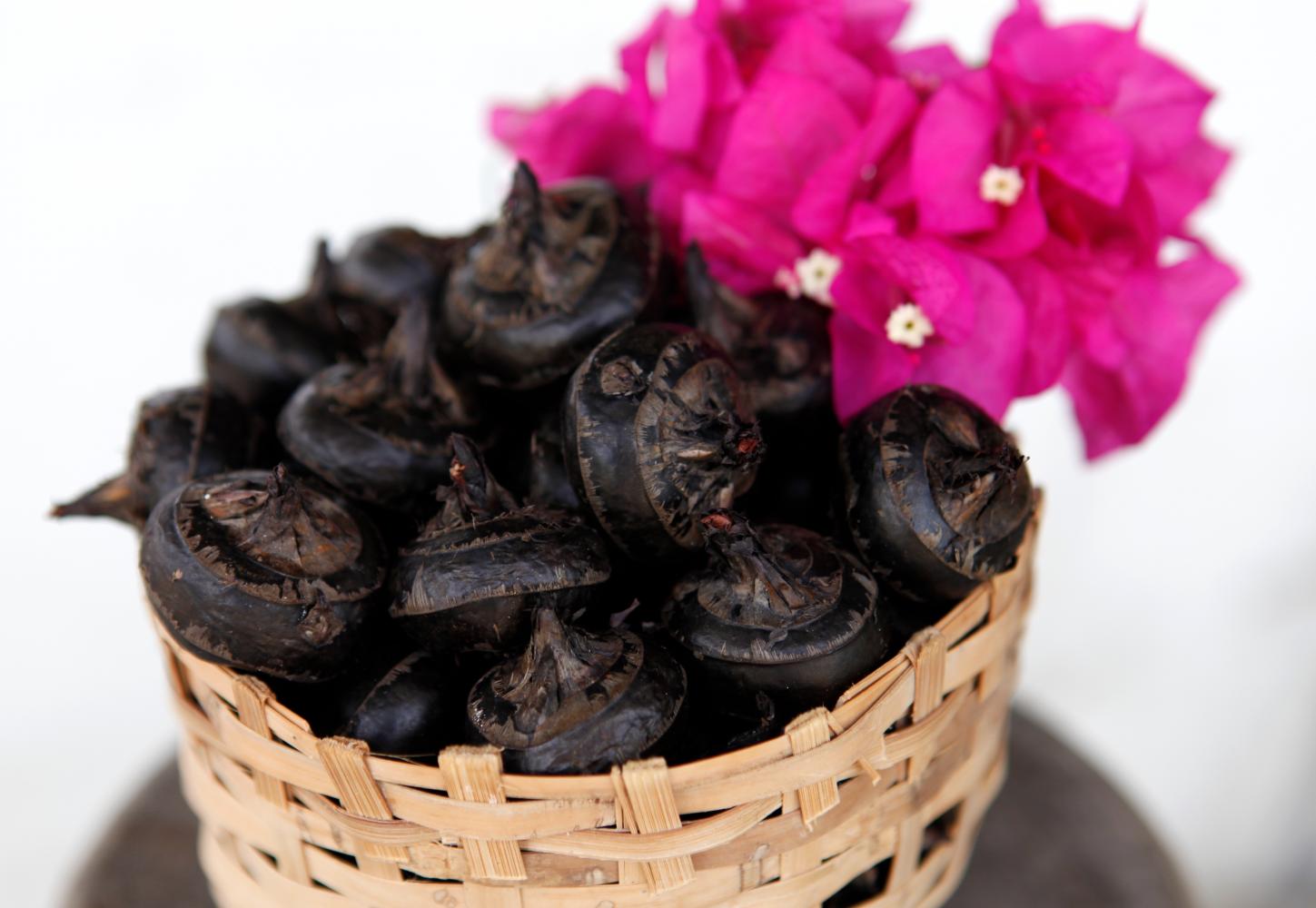 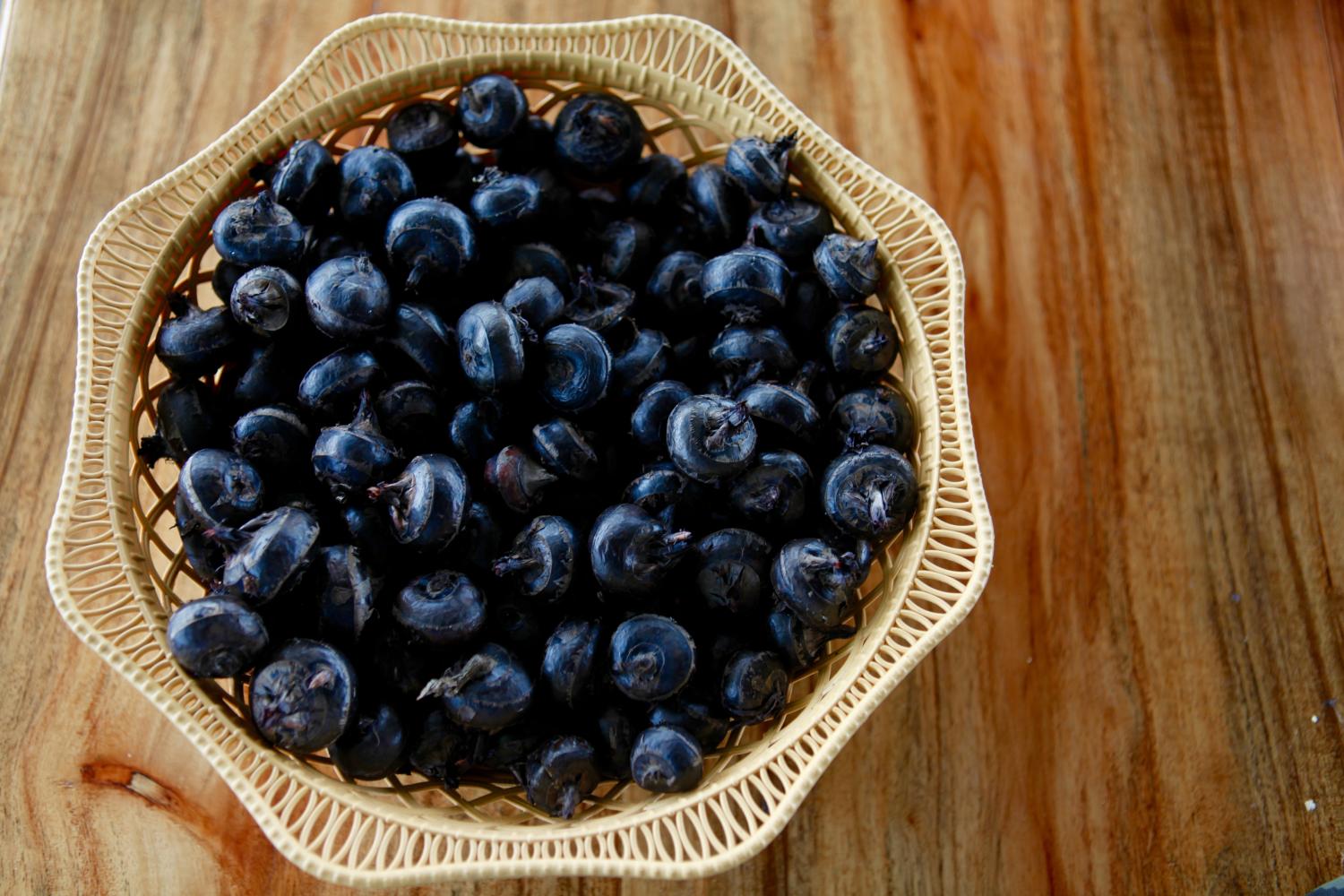 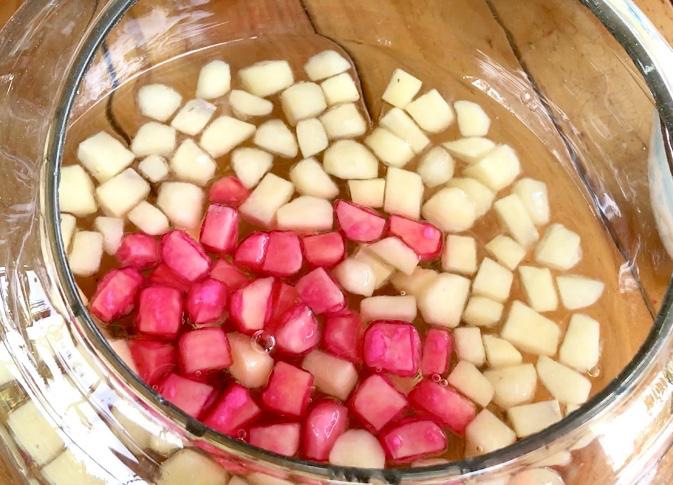 After peeling the black skin, Chinese water chestnuts can be eaten raw. The white flesh has a mild salty taste. The texture is crunchy. If they are boiled, they will turn yellow. The taste will be sweet and the texture is slightly crunchy. Haeo can be part of various dishes including dim sum, fish cake, curry or soup. The popular dessert made of the water chestnut is thubthim krob. To add colour, Kamlai leaves sliced pieces of water chestnut in red syrup for a short while. They are coated with tapioca flour before being boiled. After taking them from the water, she leaves the small red pieces, now called thubthim krob, in a big syrup bowl. The dessert is ready to serve with crushed ice and with or without coconut milk topping. 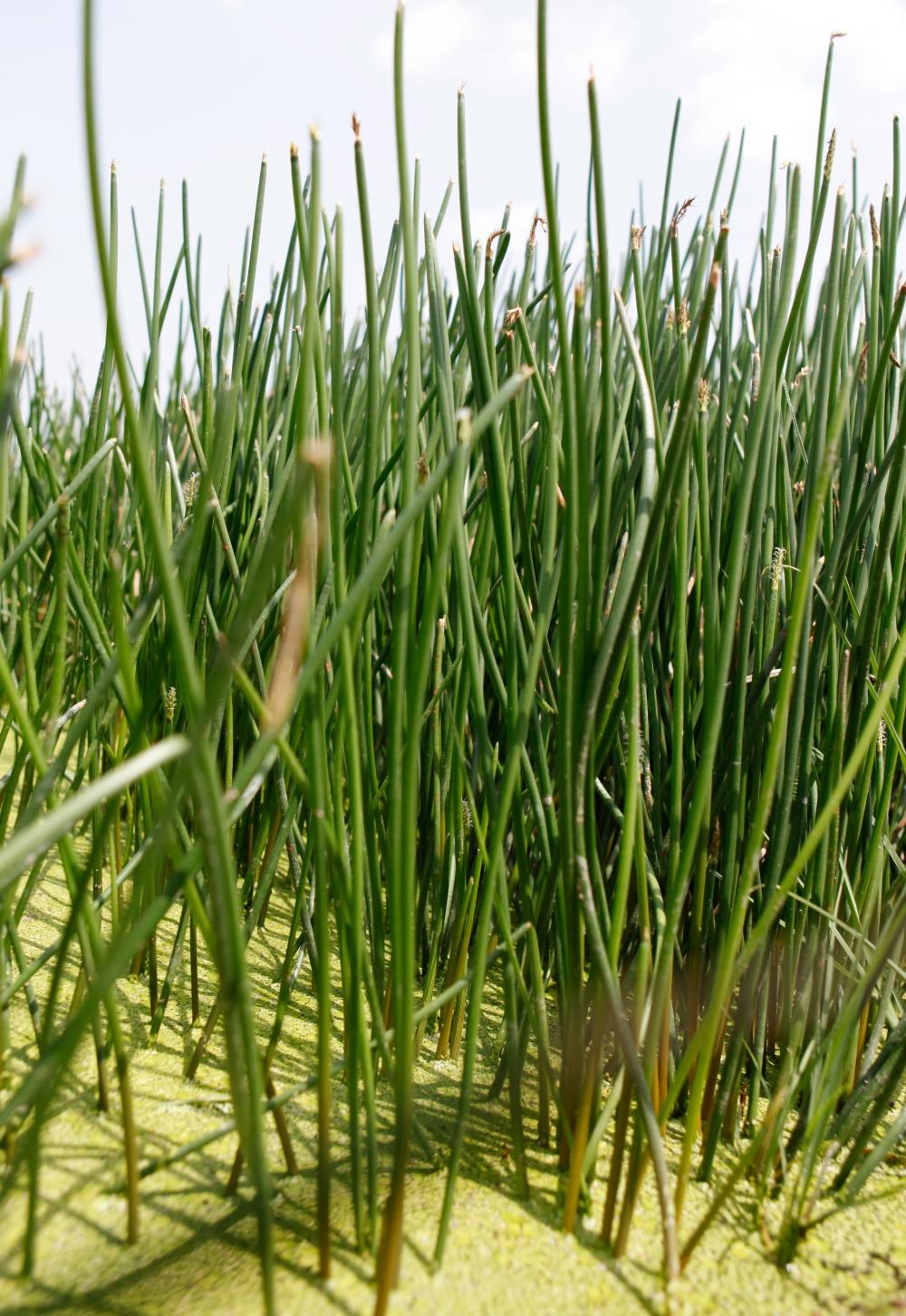 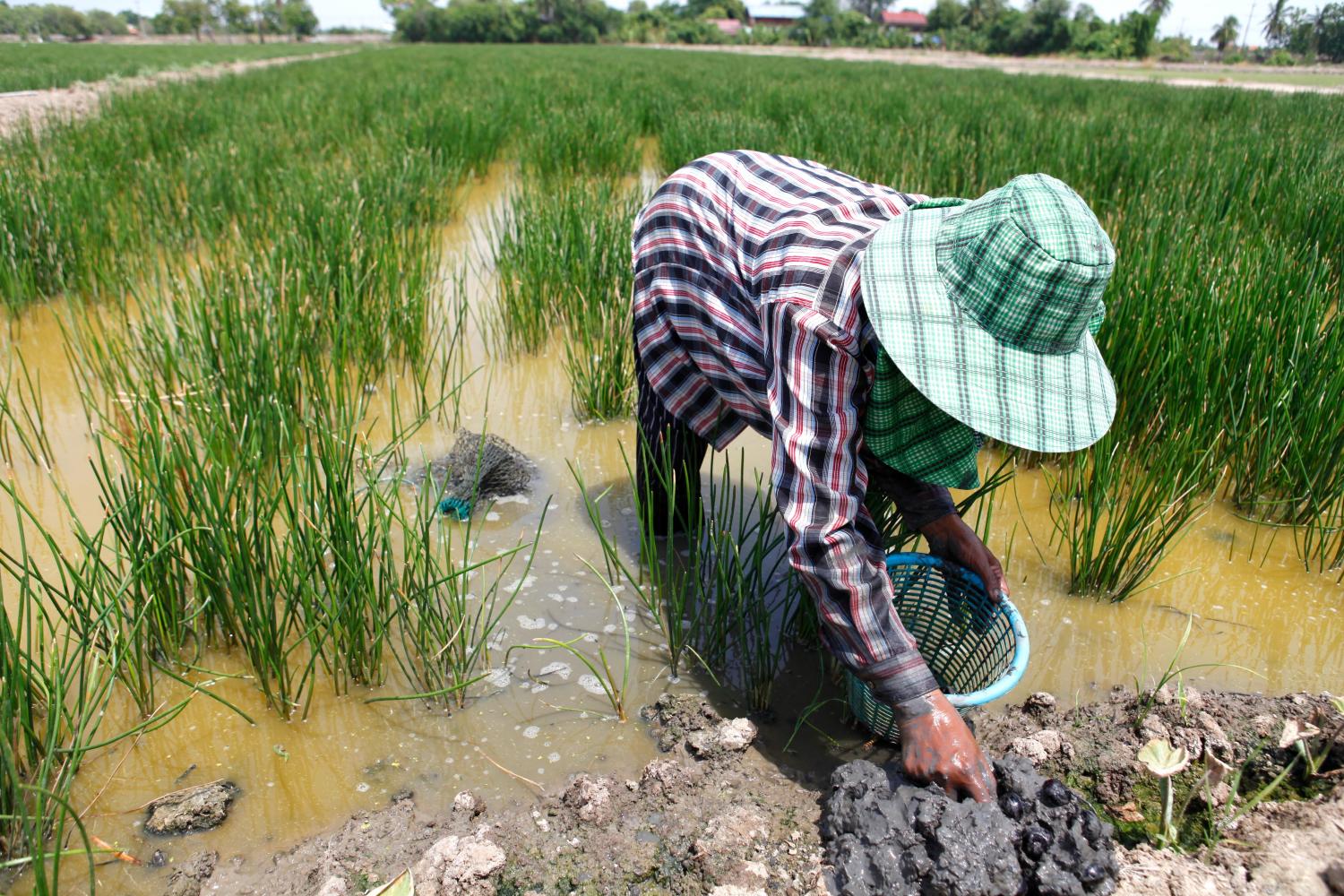 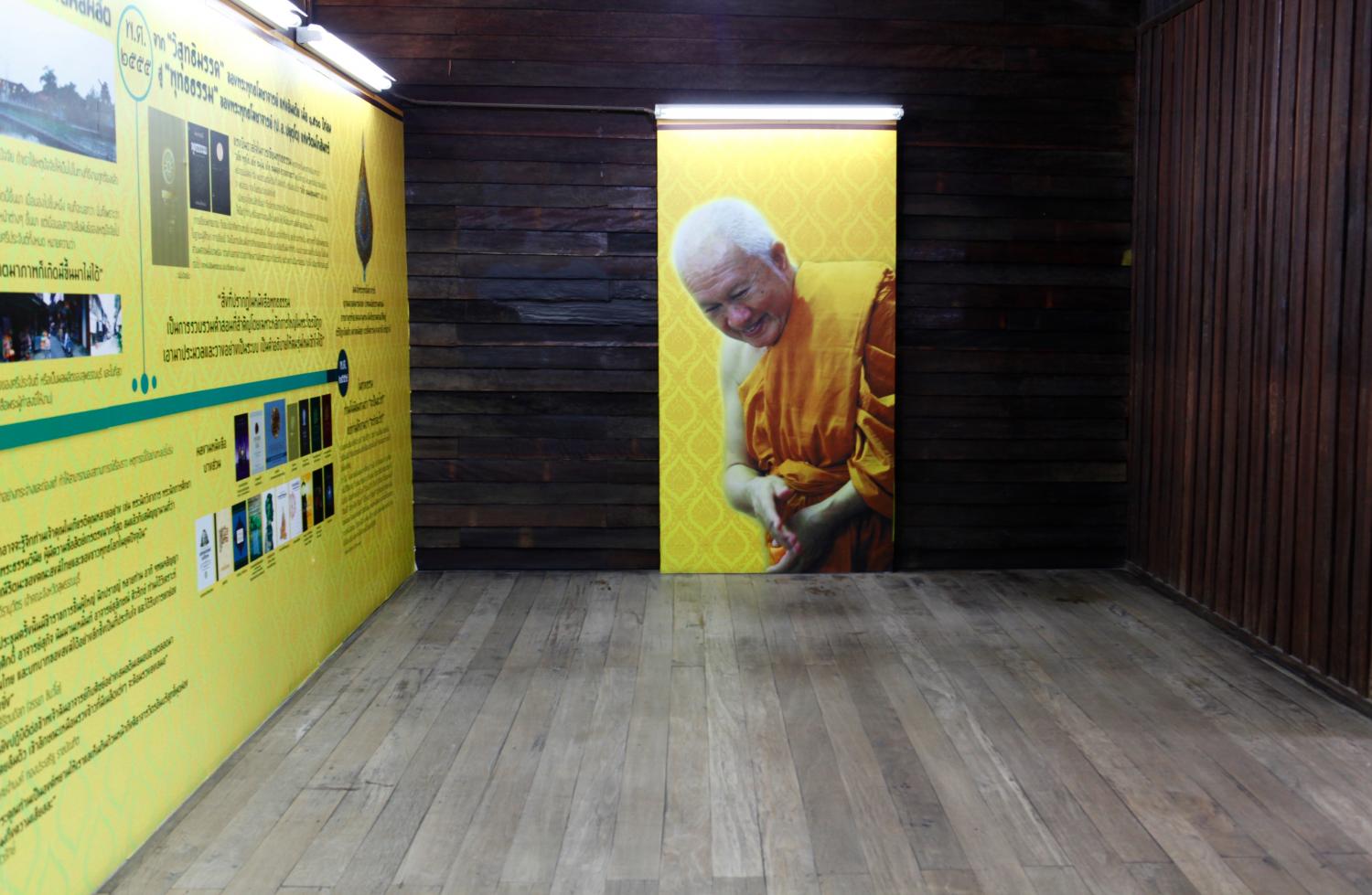 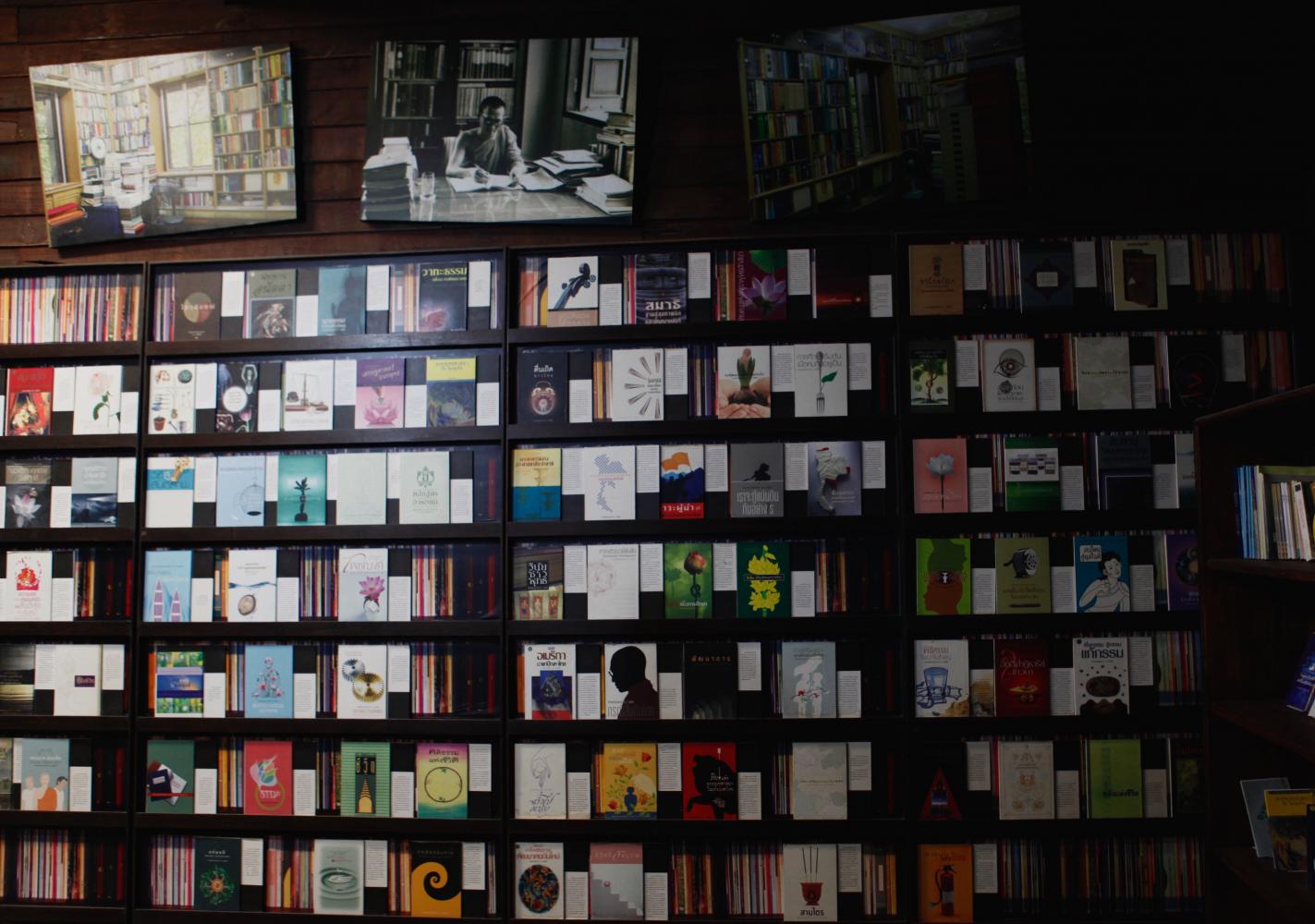 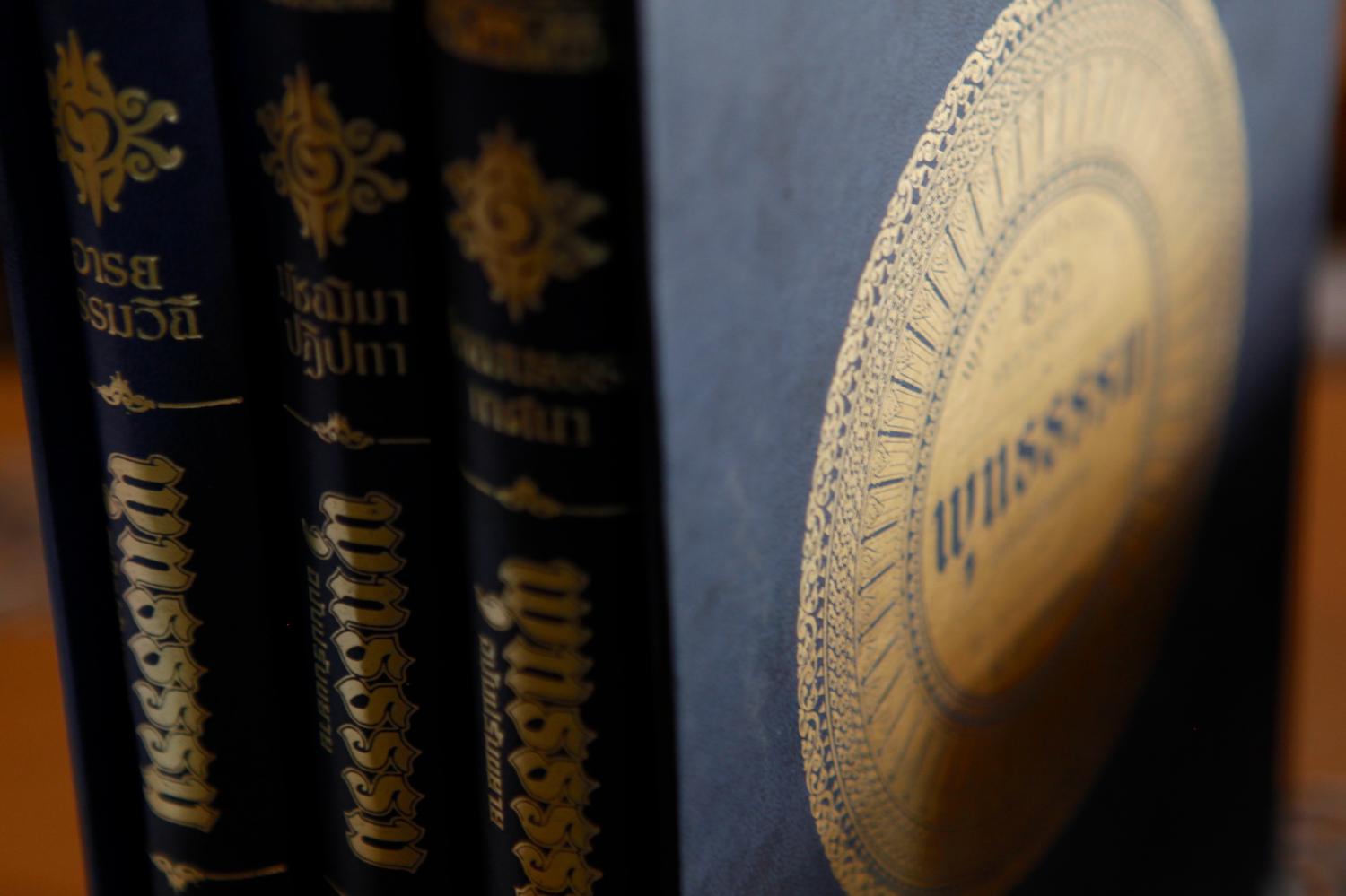 Somdet Phra Buddhakosajarn is a prolific writer. He has authored more than 600 books on Buddhism. Some of his dhamma books are relevant to society and current issues such as the ageing society and human development. Some books are available in Thai and English. One of his masterpieces is a series of Buddhadhamma, which are used by schools for monks and novices nationwide. The museum does not sell his books. Instead, it has QR codes allowing those who are interested in his work to download the content for reading. His teachings in MP3 format are also available. 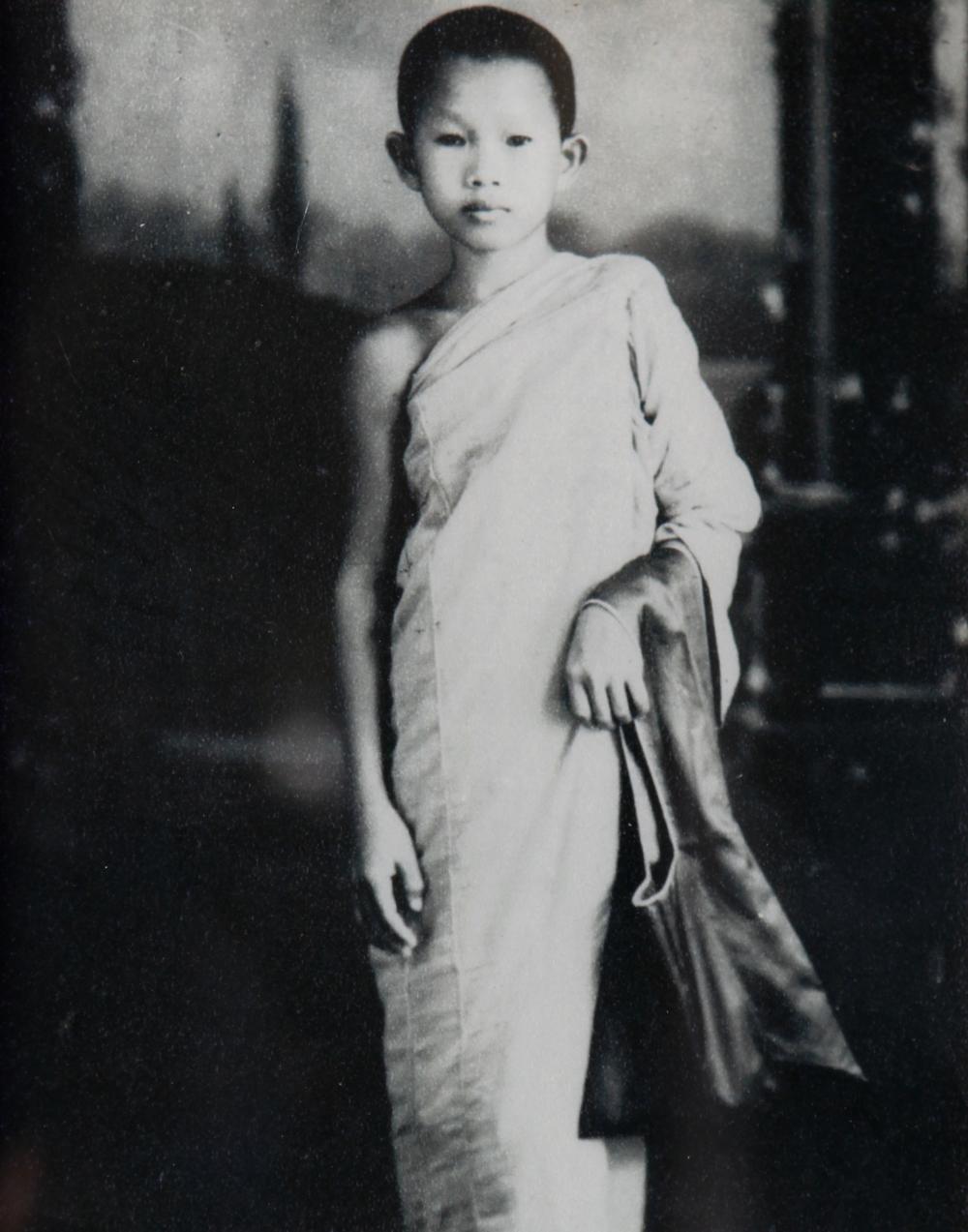 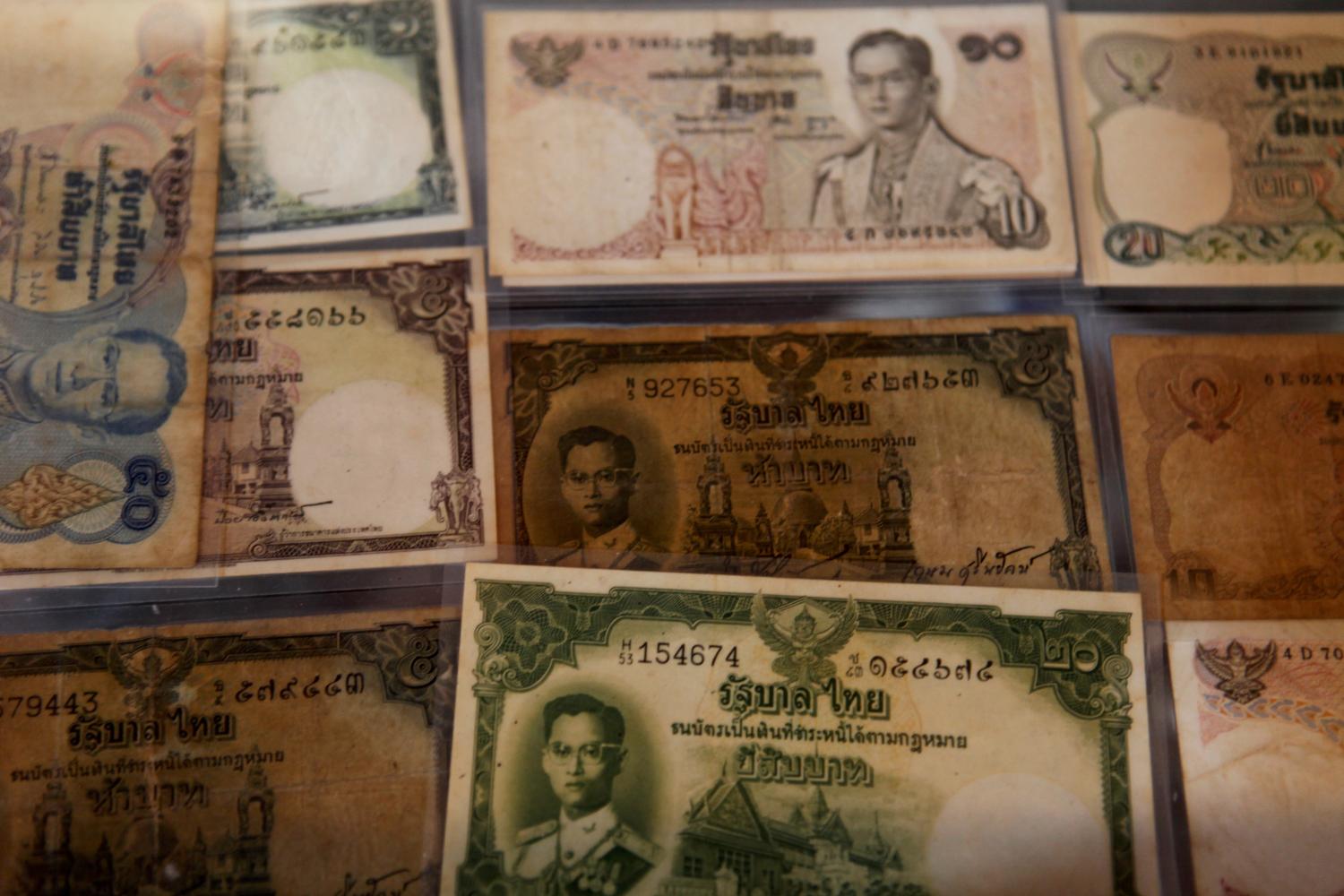 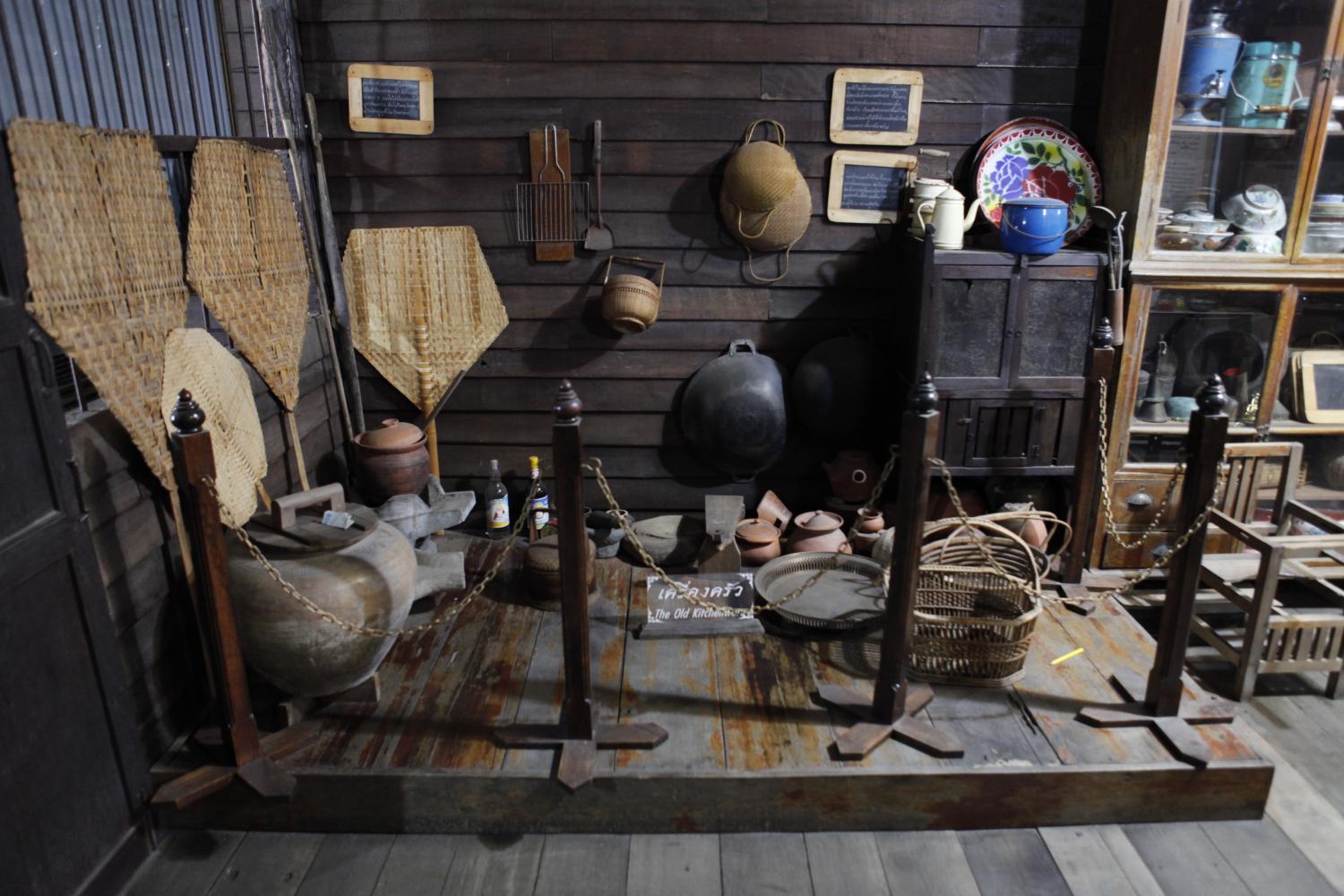 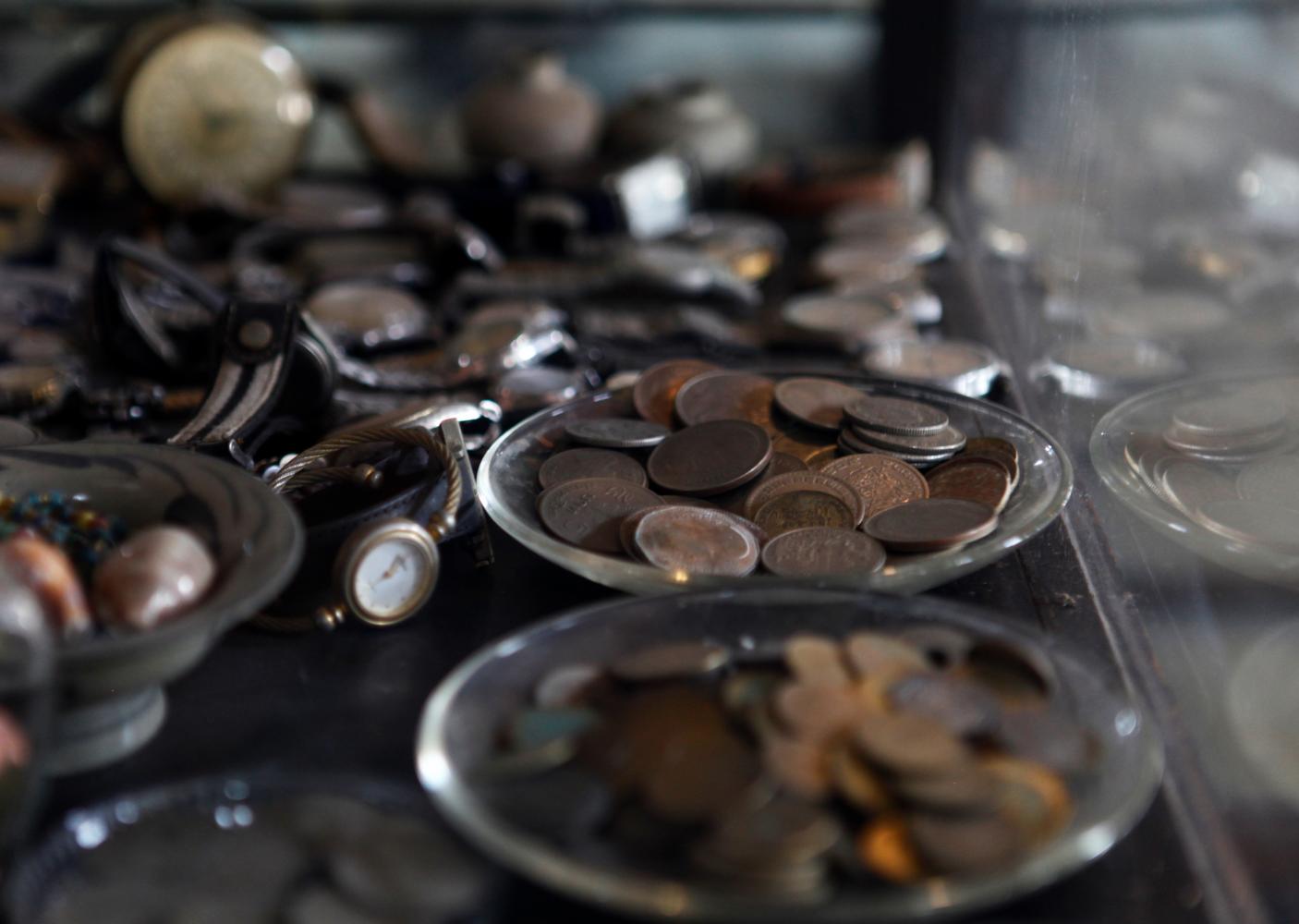 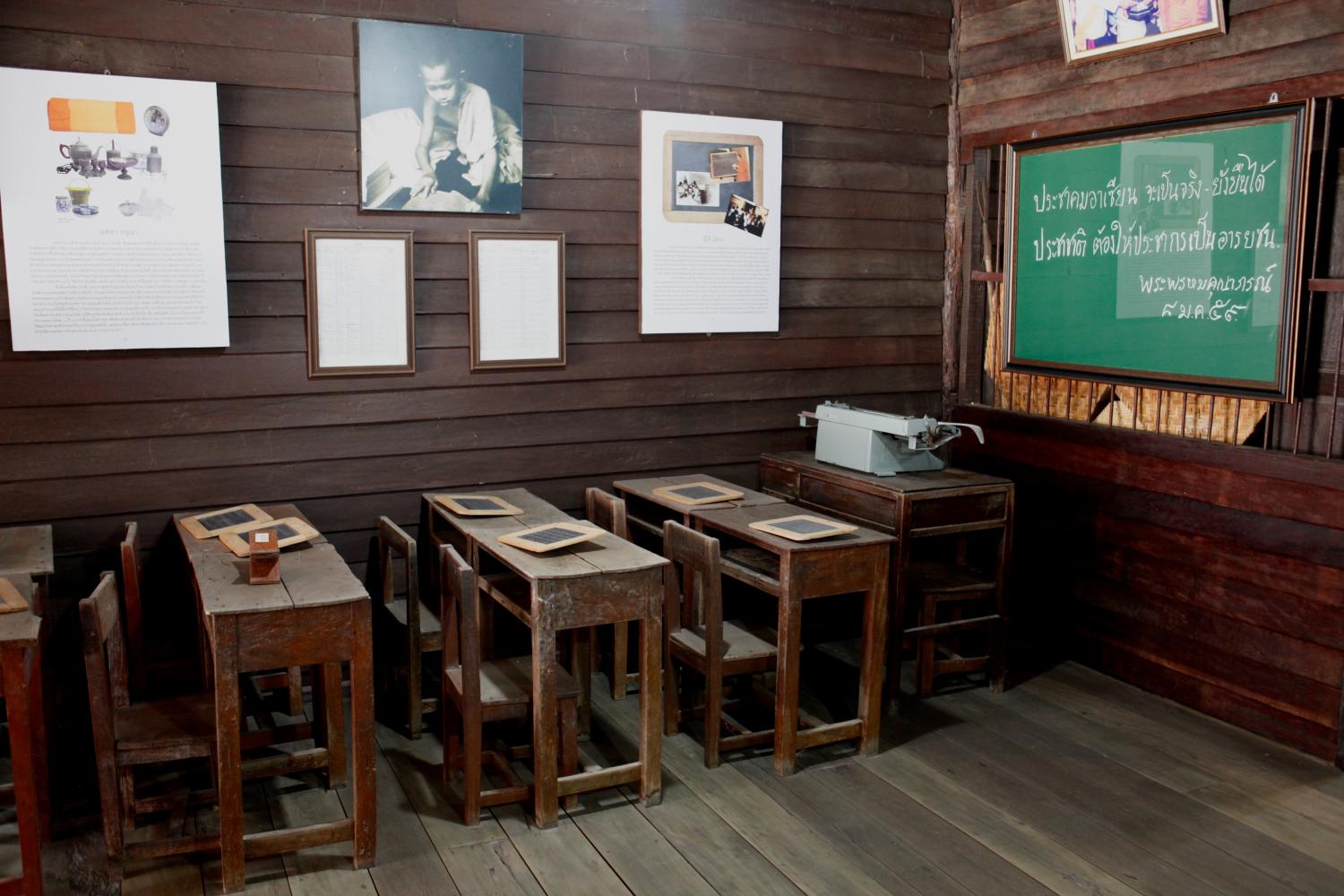 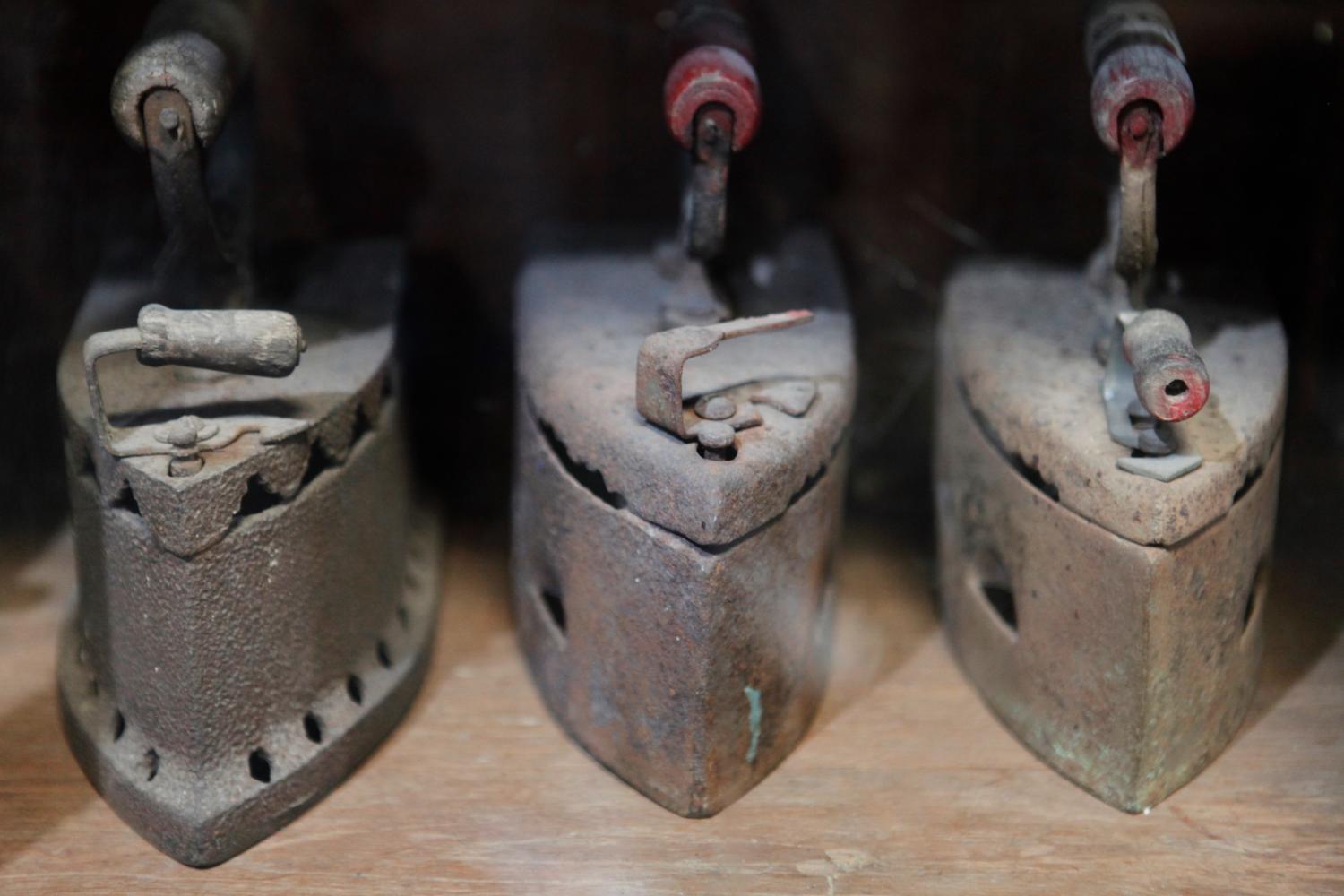 The museum of Chatiphumi Sathan P.A. Payutto comprises six zones. The first floor displays his family's tree; a corner of the classroom once hosted in the monk's house; old items of daily use; cooking utensils; collections of coins and old banknotes; and the old ambience of his family cloth shop named Bai Rattanakhan. Some displayed items are donated by locals of the Talat Kao Sri Prachan Community. The second floor has an exhibition about the life of Somdet Phra Buddhakosajarn. The museum is regarded as a memorial to the wisdom of the highly revered monk.

"I don't need that. I'm a professional," she replied and laughed.

She stepped down in the flooded field. The water almost reached to her knees. She demonstrated how to harvest the water chestnuts and then it was my turn. She gave me her hand to make sure I wouldn't lose my balance when I stepped down to the field. Once I stepped into the mud, I could feel many water chestnuts underneath my feet.

"Press your heel in a circle. Then use both of your hands to scoop up all the mud inside the circle. Leave the chunk on the dry place. Then use your fingers to search for the water chestnuts and put them in a basket," Thiam gave me the step-by-step guidelines while observing and sometimes offering me a hand.

Normally Thiam doesn't harvest water chestnuts during late morning. She usually works from 1am until early morning to avoid the heat. But she can't do that today due to the current 10pm-4am curfew. She moved the harvest time to early morning or very late afternoon instead. During the late morning, she and her family members sit under a roof for shade and peel black the skin of water chestnuts.

I was introduced to Kamlai who would teach me how to cook thubthim krob (also spelled tub tim krob), a dessert made of water chestnuts rolled in tapioca flour and boiled. It is topped with crushed ice, syrup and coconut milk before being served.

"We select thubthim krob because the snack is easy to make. Also, the sweet was recognised by CNN in 2018 as one of the world's top 50 desserts. In Thailand, another dessert listed was sticky rice with mango," said Koolchaya.

Thubthim krob needs a short time for preparing and cooking, and the cold dessert brings refreshment under the midday Sun.

I left the farmland about noon. My next programme was to survey the century-old Sri Prachan market. Lining small concrete alleys were two-storey wooden shophouses. Only a handful of them were open for selling items like noodles, snacks, everyday products or offering some services like bicycle repair.

The highlight of this community is the old house of the Aryankura family. It was the birthplace of the highly revered monk Somdet Phra Buddhakosajarn, or Prayudh Payutto. The property was turned into a museum 14 years ago to exhibit his biography and collections of his works, including hundreds of dhamma books.

The museum's name is Chatiphumi Sathan P.A. Payutto, meaning the home of the venerable Buddhist monk. The P.A. initials stand for his secular name: Prayudh Aryankura. The monk was ordained when he was 12 years old.

Regarded as one of the leading scholars of Thai Theravada Buddhism, Somdet Phra Buddhakosajarn, now 82, was awarded the Prize for Peace Education in 1994 by Unesco in recognition of his contribution to education. Today he still writes dhamma books.

Managed by Chatiphumi Sathan P.A. Payutto Foundation, the museum, which was closed during the past two months, is ready to welcome visitors.

My last stop was at the Buffalo Village, which is home to almost 100 buffaloes including the oldest named Pan. It is a male buffalo. He is 25 years old, which is the average lifespan of buffaloes.

When I visited the site last week, staff members had renovated the coffee shop to make it bigger, giving more room for each customer. The village will reopen on June 1.

When it is open, visitors can touch, feed and ride buffaloes. Daily buffalo shows will resume as well as other activities like ploughing with a buffalo, planting or harvesting rice and cooking classes among others.

Although Sri Prachan is the smallest district in Suphan Buri, it is a wonder that gave me an eye-opening experience. 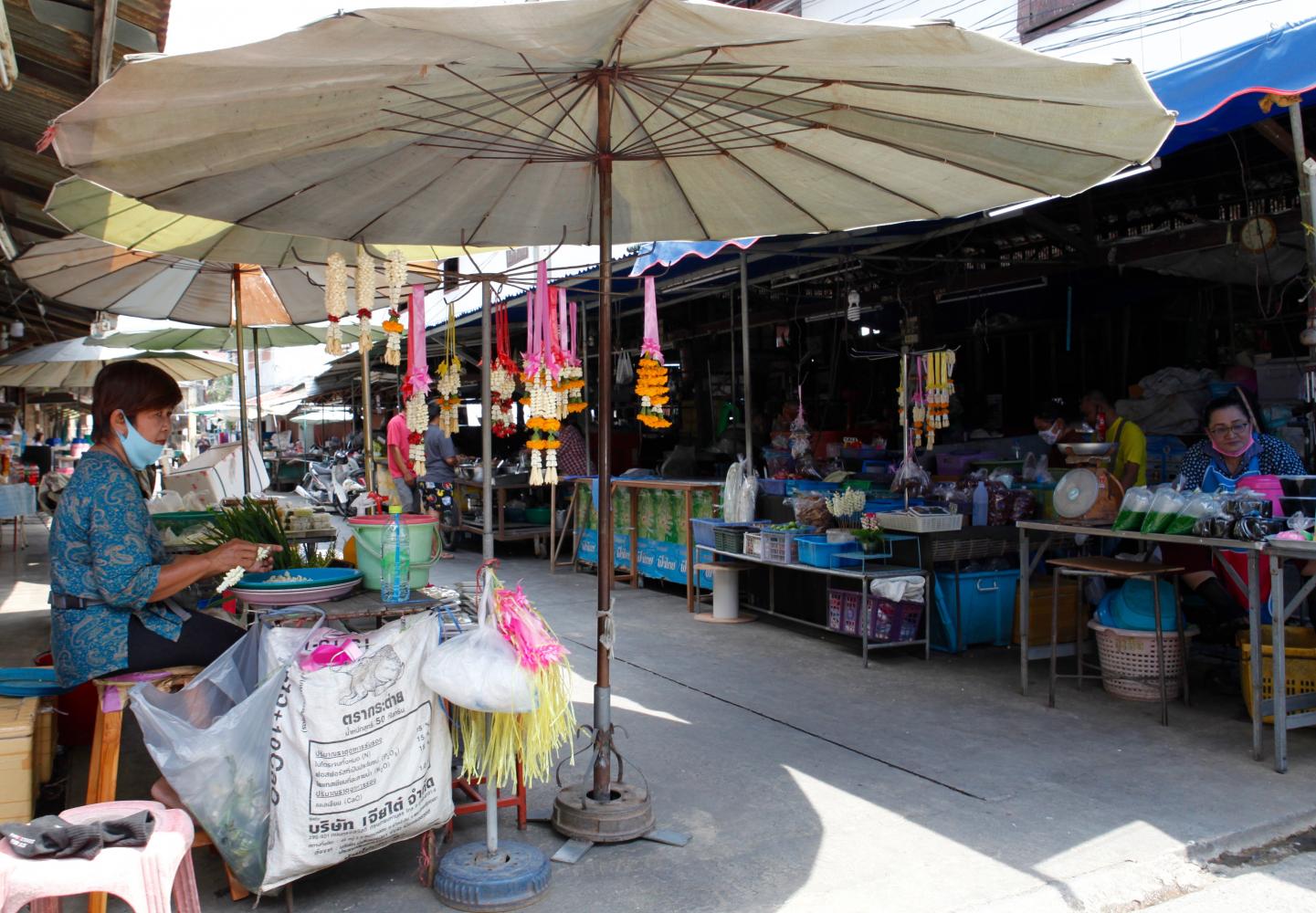 The fresh market of Talat Kao Sri Prachan is open daily. Surrounding the market are century-old shophouses. The community is quiet because most of the houses are closed. It is a perfect place to wander around while social distancing. 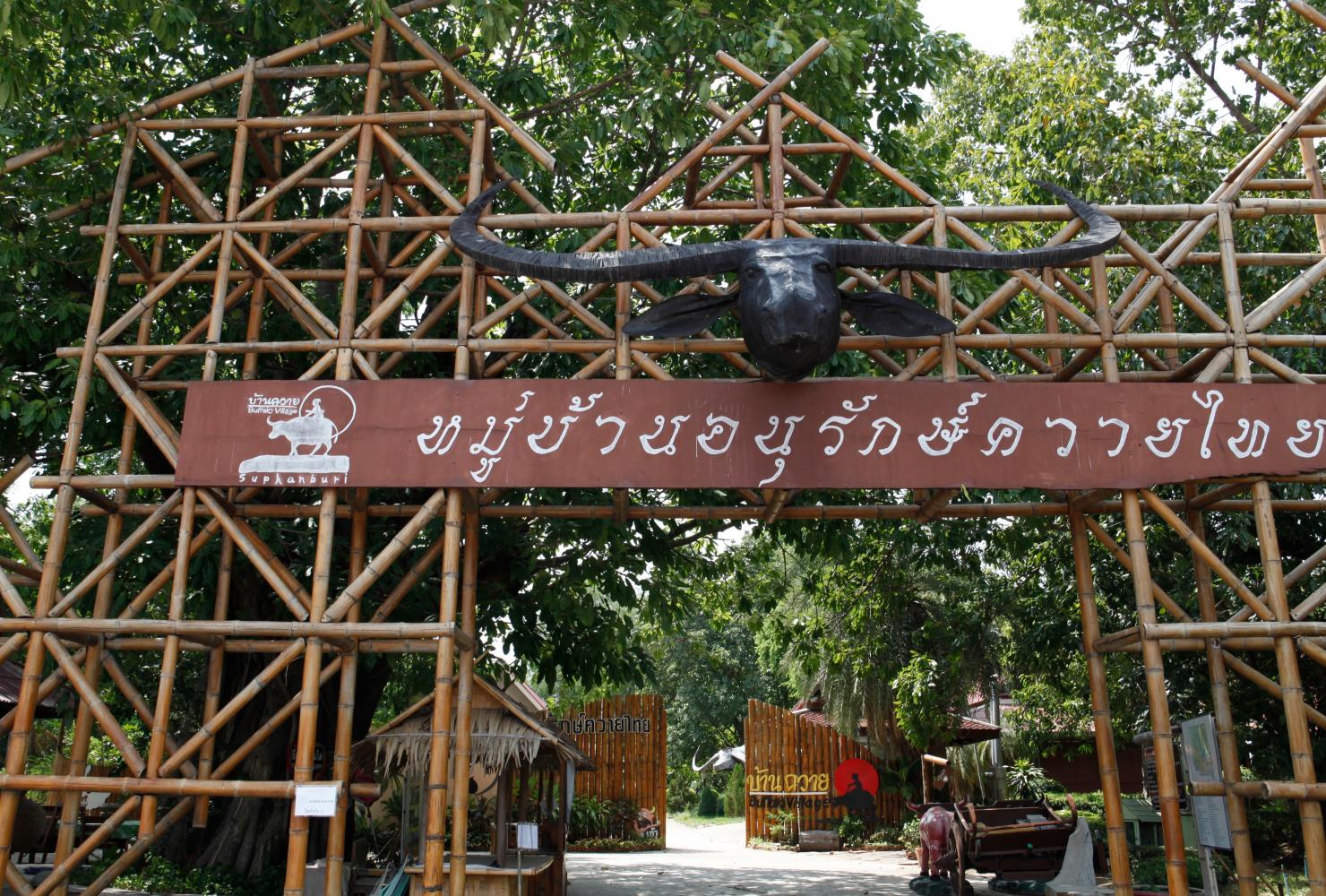 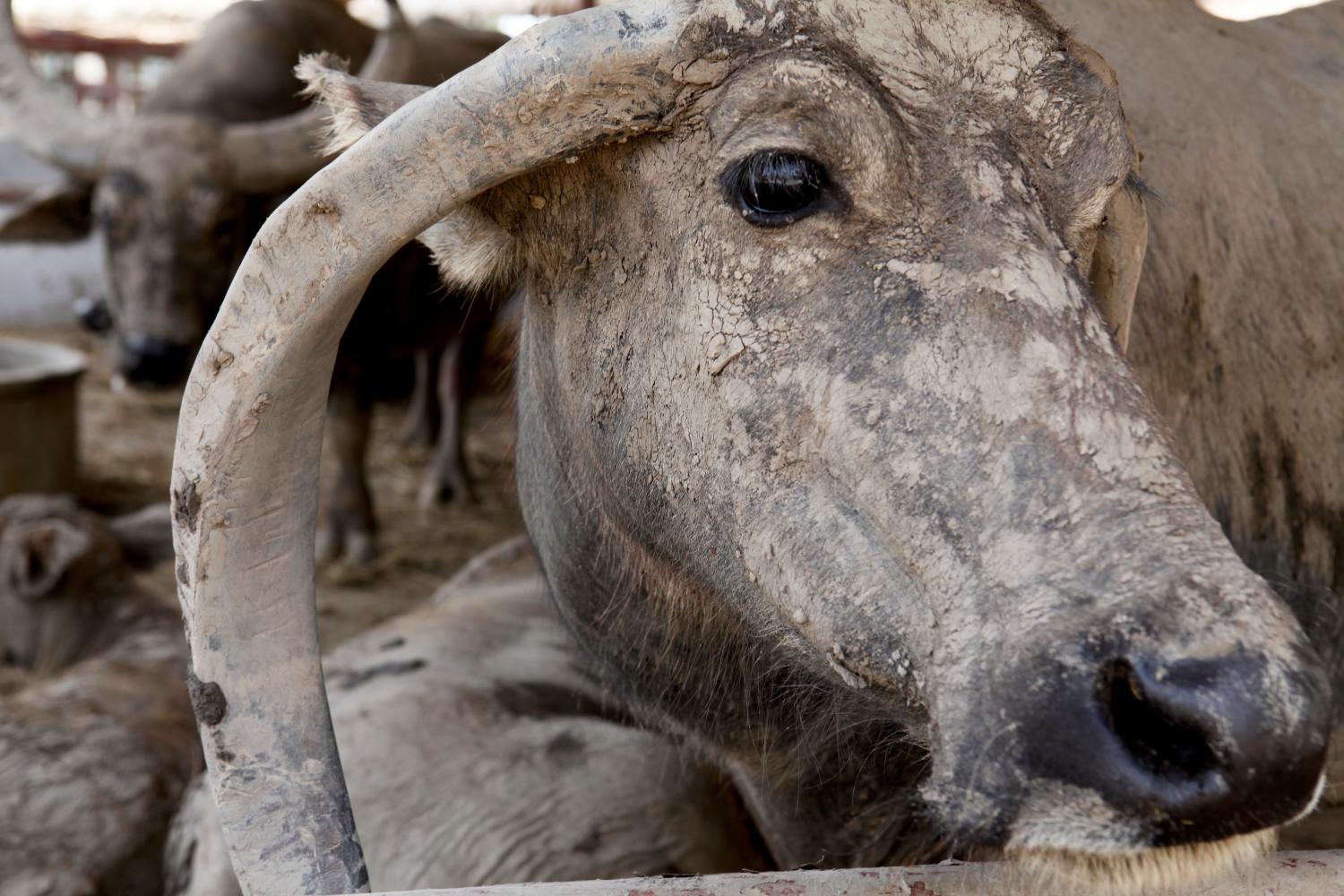 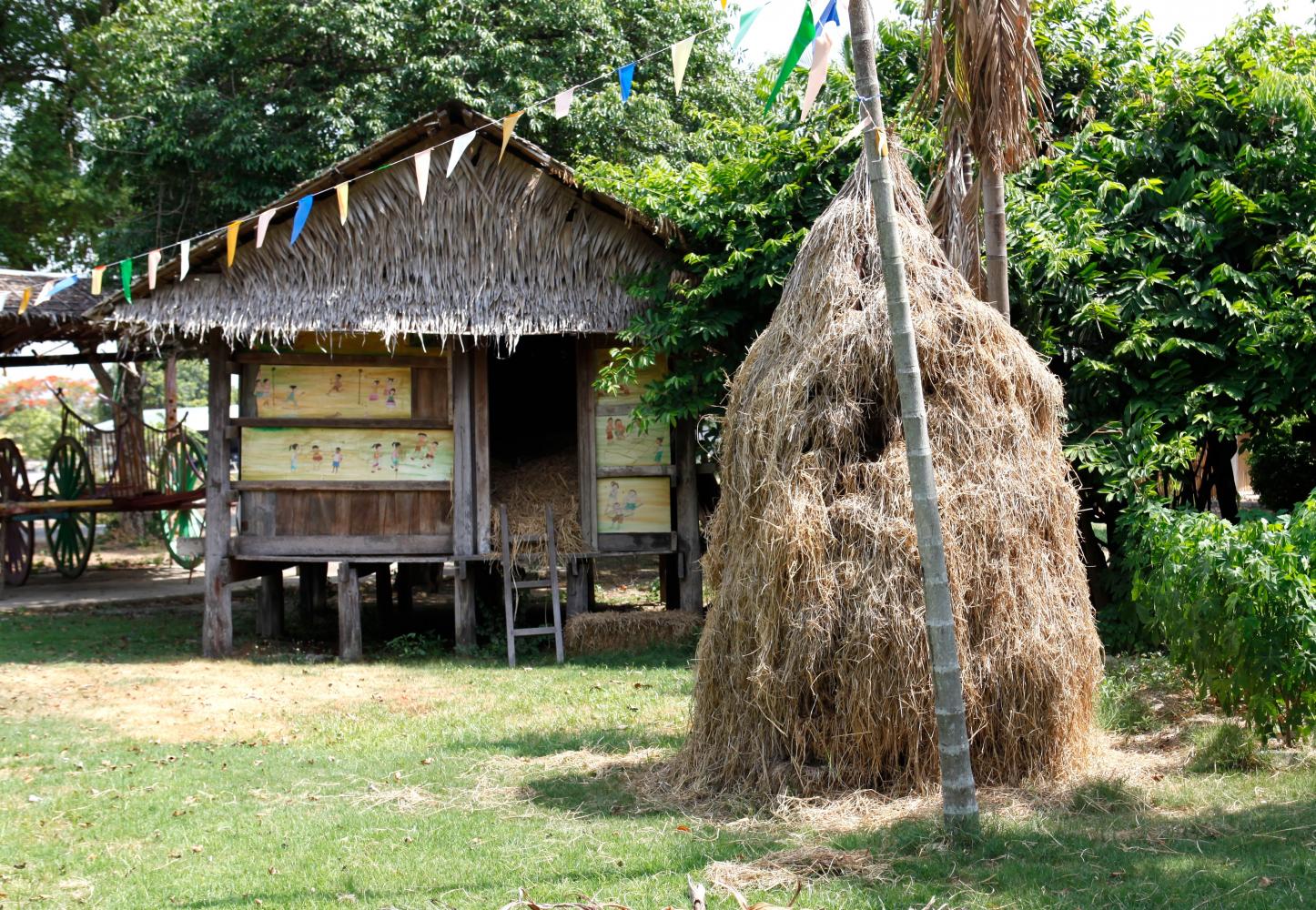 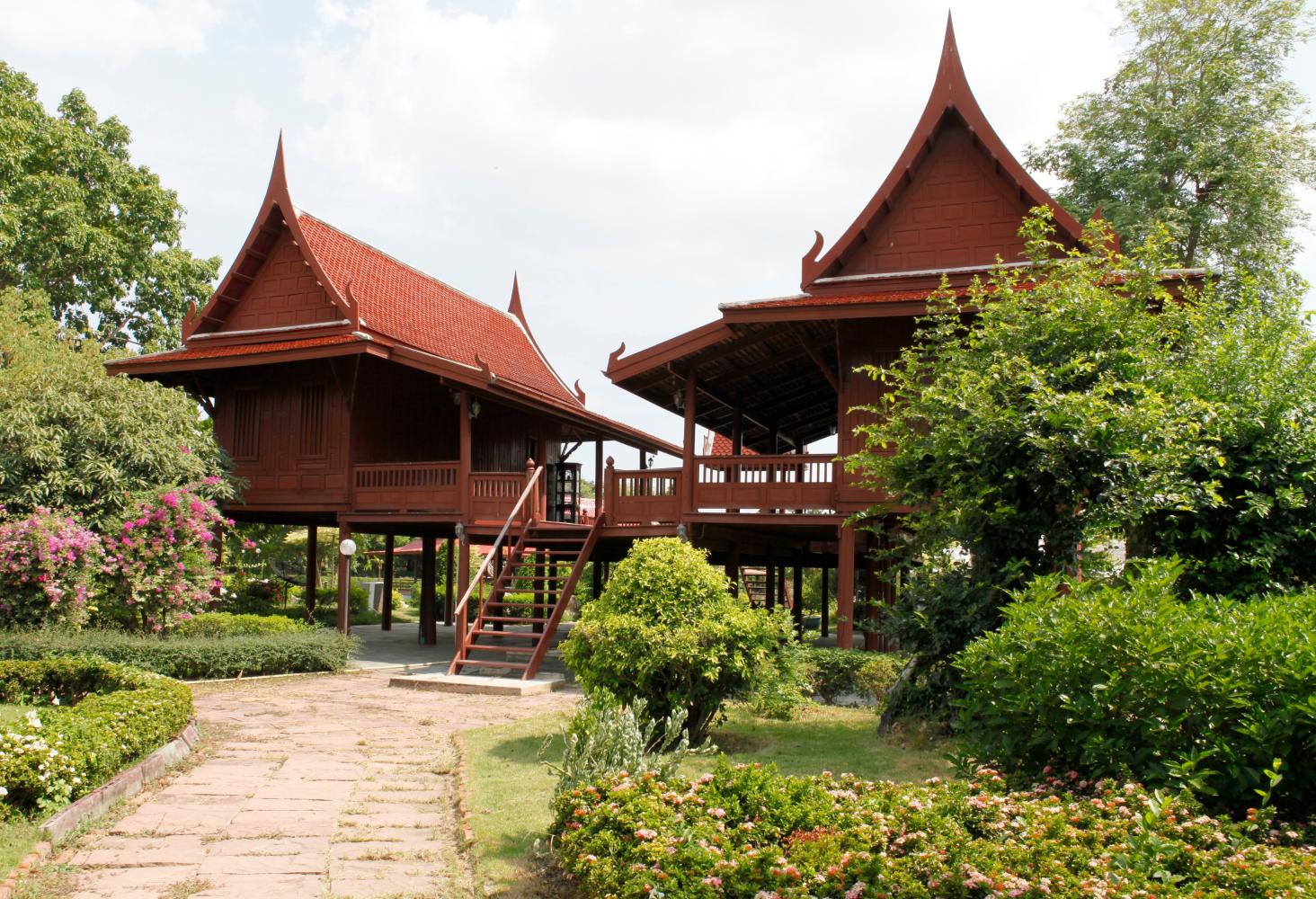 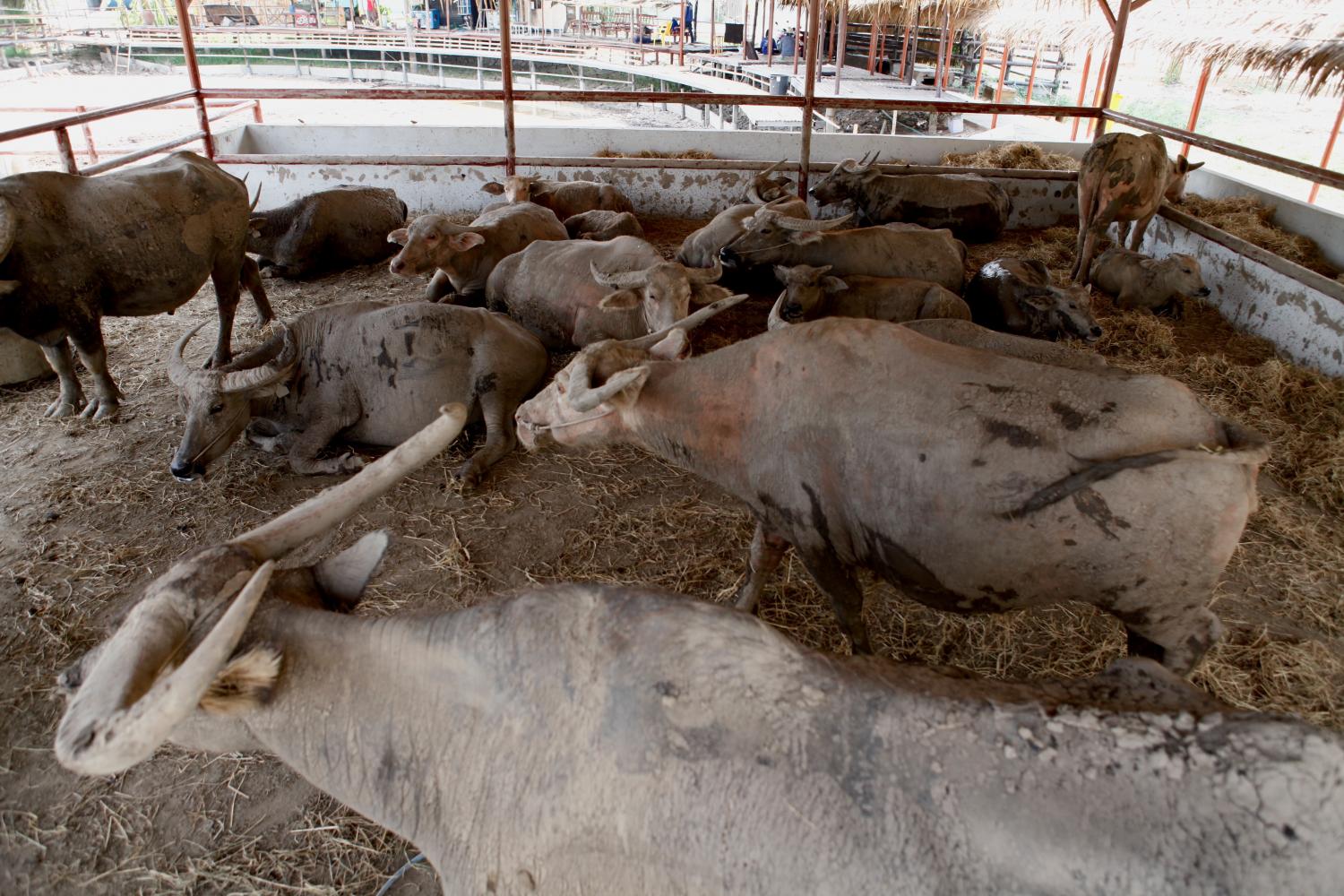 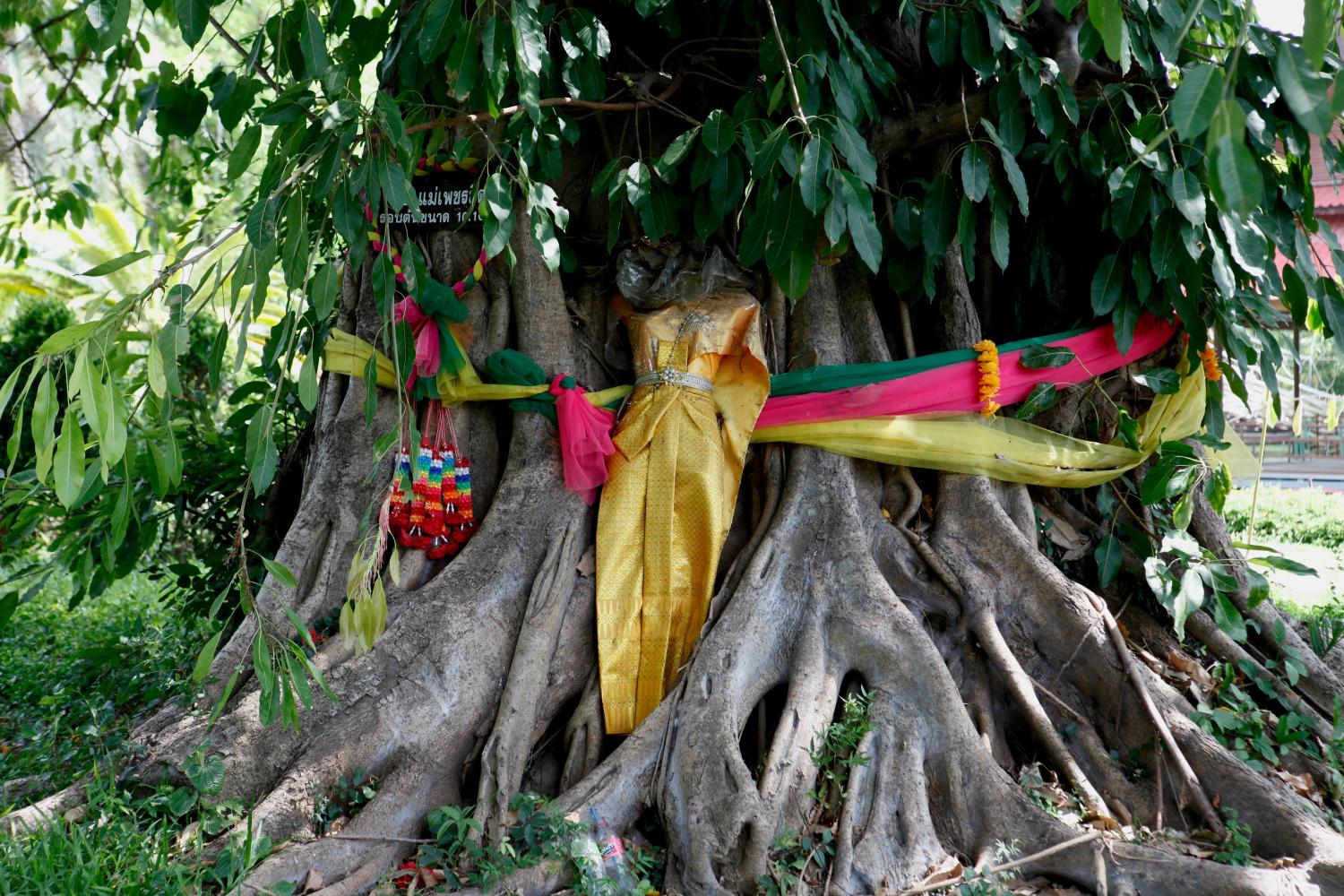 Opened in 2002 on a 70 rai site, the Buffalo Village is a popular attraction in Suphan Buri. The aim is to conserve local buffaloes, a symbol of strength and stamina, which were used by farmers in rice paddies, but have since been replaced by machines. Inside the village, you can start a tour on foot or by riding a buffalo cart. At pens that contain the beasts, visitors can touch their horns or take pictures with khwai pheuk, or white buffaloes. The village raises Murrah buffaloes, oxen and other smaller animals like rabbits, goats and peafowls to entertain visitors, especially kids. There are also samples of rural houses and activity zones where you can learn how to remove rice husks by using traditional tools, cook traditional desserts or learn to ride and control a buffalo. The village offers two- to five-day tour packages for those who want to experience working manually in a rice paddy with a buffalo. For overnight stays, the Buffalo Village provides about 40 rooms in traditional Thai houses. It also has seminar rooms. The village will resume its services this Monday. 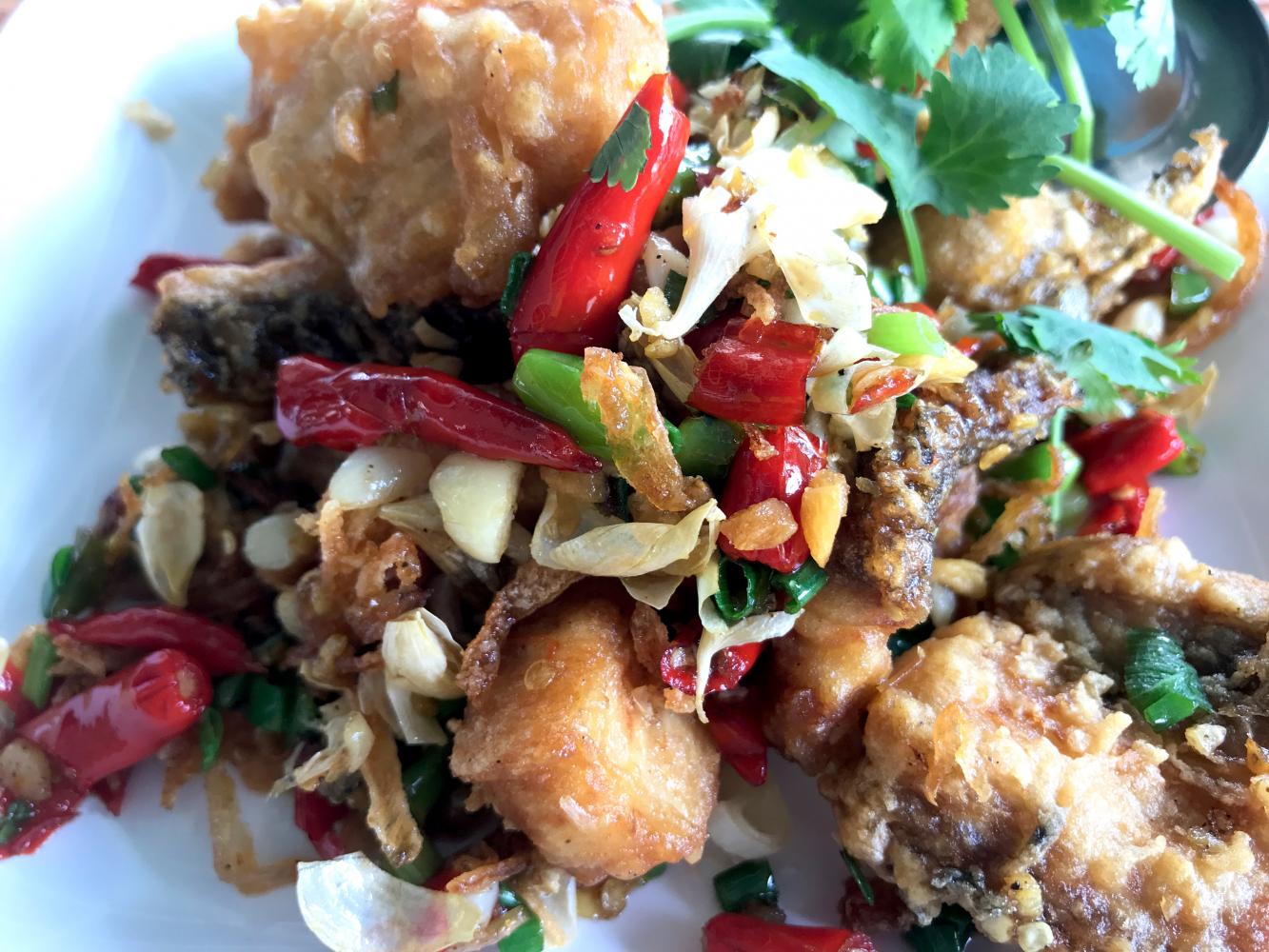 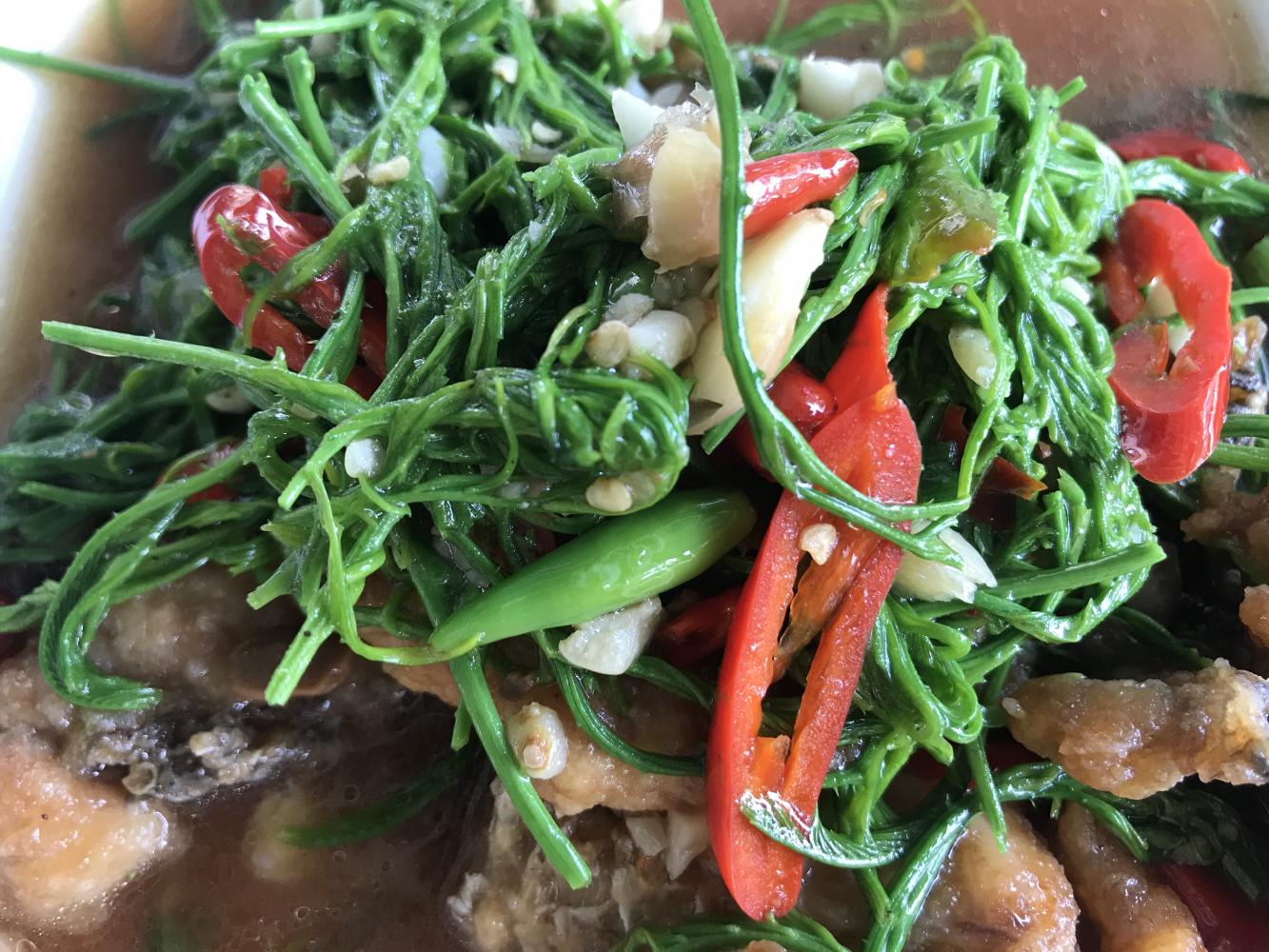 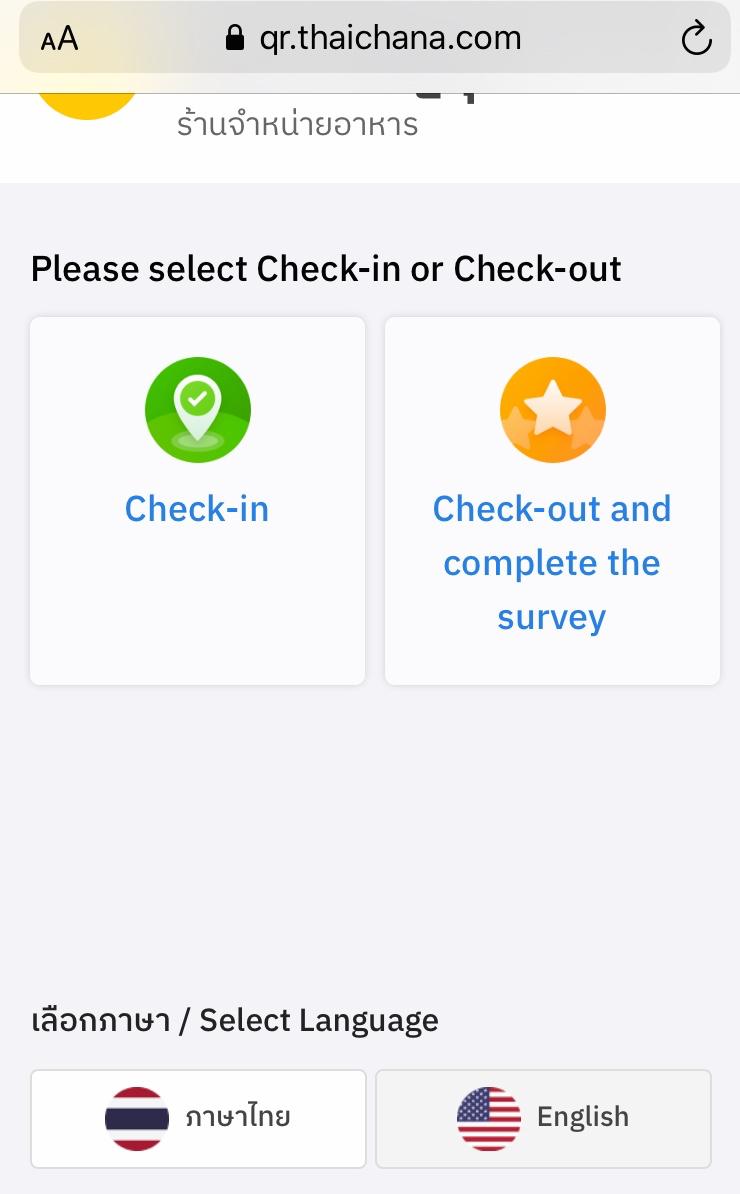 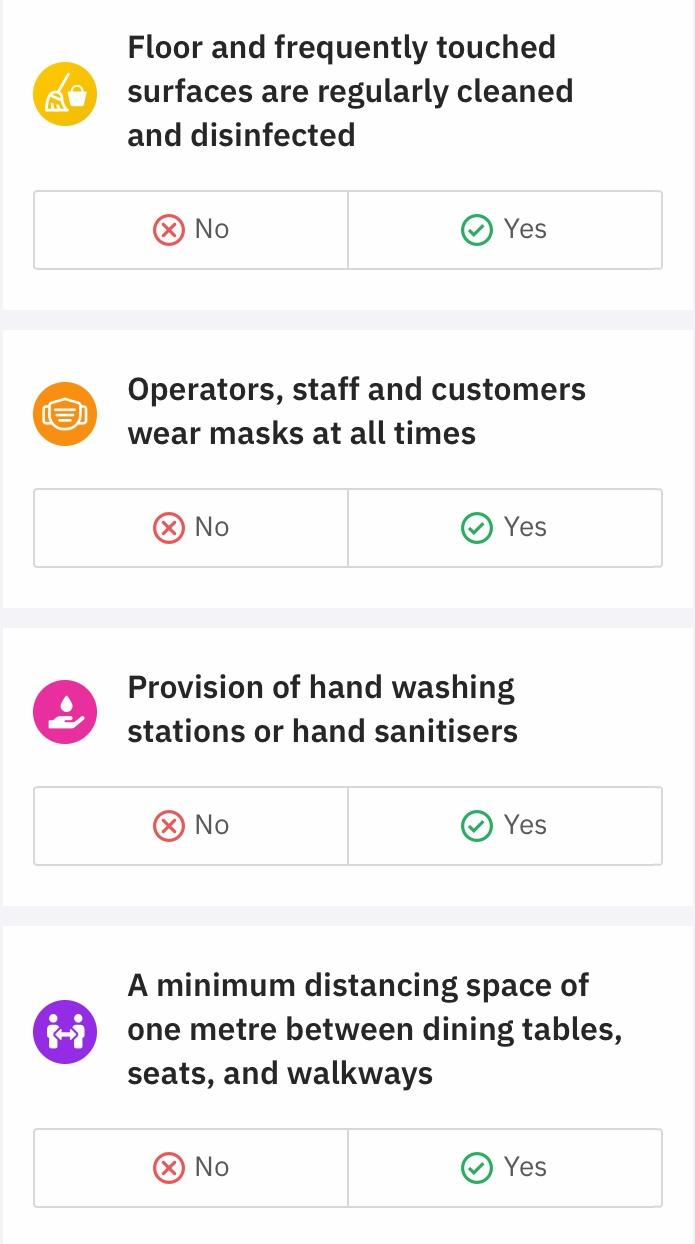 I stopped for a quick lunch at Ban Suan At Sri Prachan restaurant. A waitress wearing a mask asked me to scan a Thai Chana QR code before entering. Hand sanitiser is also provided. The restaurant closes the air-conditioned rooms and uses only an open-air area. There were no other customers and the waitress tried to keep at least 1m distance while receiving an order. The bill was settled by e-payment.