From the shallow sea
Travel

From the shallow sea

As a city dweller, I rarely get to enjoy the sunrise despite being an early riser. So one morning during a vacation in Hua Hin last year, I walked from the hotel to the beach to watch the daybreak over the horizon.The sky was pretty cloudy so the dawn itself was not spectacular. Still, it wasn't a fail since a few minutes later I happened to discover one of the popular resort's best-kept secrets.

Not so far from the spot where I was sitting, I saw somebody wading the shallow sea. The man seemed to be looking for something. 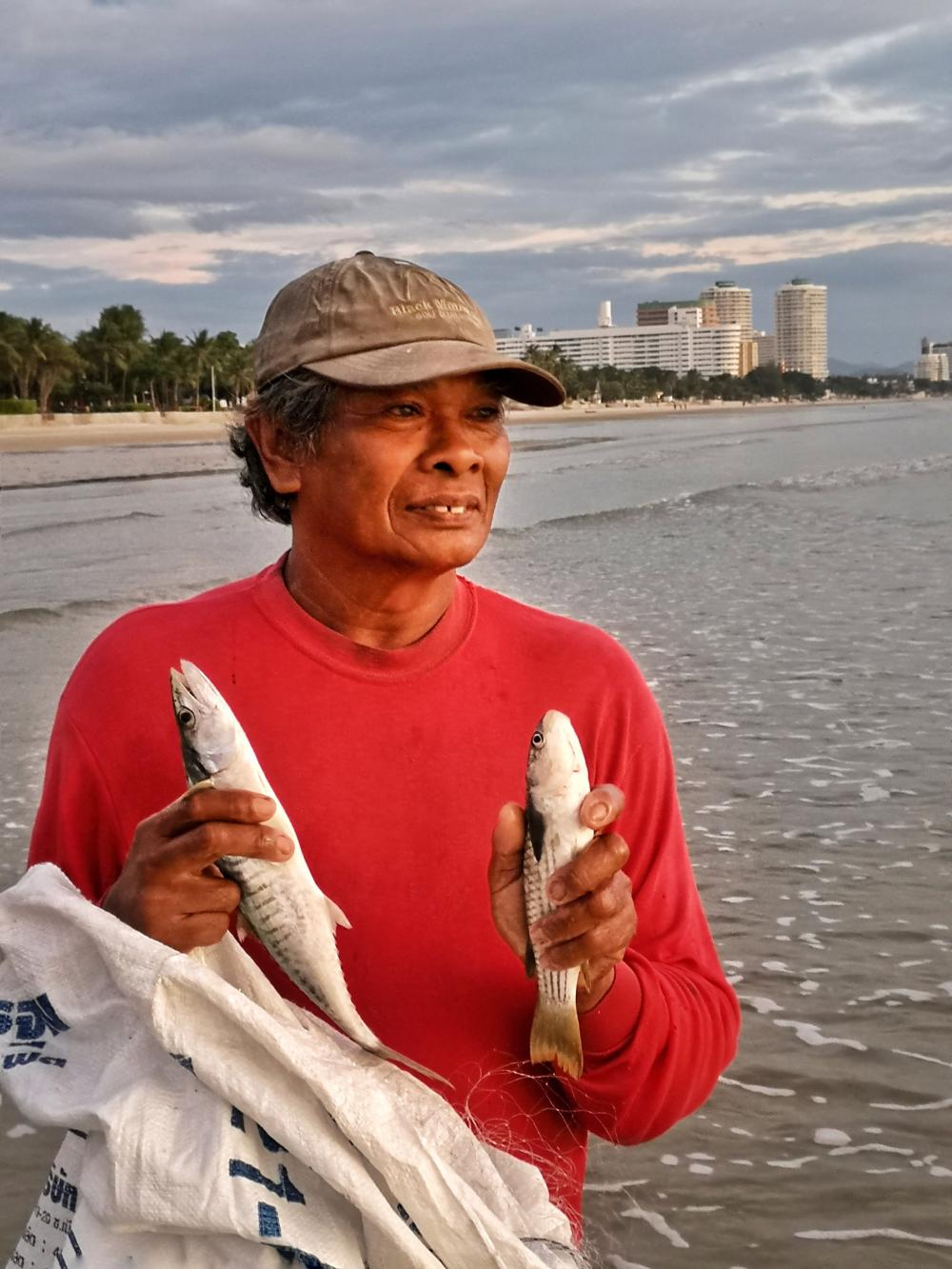 Curious, I ran over to find out what he was up to. It turned out he wasn't a tourist but a local fisherman. His tool was a simple cast net. I asked what fish he got from the water that shallow and so close to the beachfront resorts, expecting to see small ones. But as you can see in the main picture, his catch was almost the size of someone's lower arm.

When travelling, it's not unusual to run into many faces. While many just flash by, others linger on not just in your memory but also in your memory cards. It might be a person, an animal or even a nonliving thing.

If you have taken a picture of such a face with a story you wish to share, a face with the eyes looking directly at the camera signifying that the shot was made not against their will, feel free to email the photo and a brief text to pongpetm@bangkokpost.co.th. By the way, the minimum file size is 2MB.