Interprovincial travel is now possible, although with restrictions in certain cases. Historical parks and national museums are open. Many beaches are starting to see visitors from different provinces dying for a break from the unprecedented lockdown. Still, it's going to be a long while before tourism reaches the pre-pandemic level. 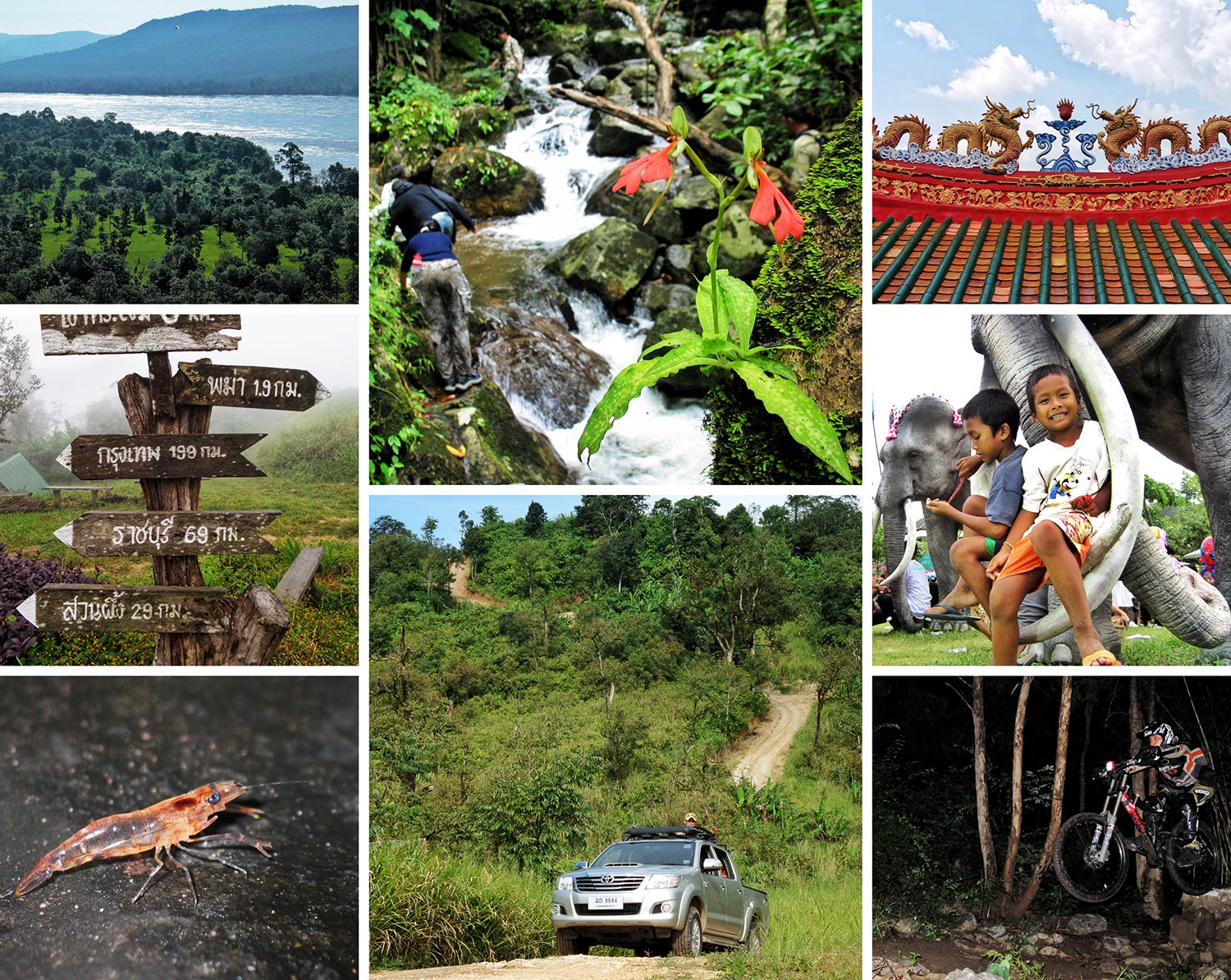 Despite Thailand's success in keeping Covid-19 in check and recent reports about China's progress in vaccine research, the novel coronavirus is still a force to be reckoned with. Globally, the virus still has the upper hand. This is not to mention the new Ebola outbreak in Africa. If we let our guard down, the game in Thailand may unfavourably change. So it's not surprising that national parks, forest reserves and other protected natural sites remain closed to tourists. Temples are only partially open. A lot of communities that attract lovers of culture and local ways of life are playing it safe and not ready to risk having outsiders in their neighbourhoods.

So let's be patient, instead of a potential patient. Until the lockdown is fully lifted or people are confident to use public transportation for long-distance travel and stay overnight in mid-range hotels and resorts, this bi-weekly series will continue to provide you with travel ideas you can choose from when you are ready for your next adventure. In past articles, almost 50 destinations have been covered. In today's piece, you'll find a dozen more.

Continuing from last week where I told you about the places that I've been to in the first half of September over the past many years, here are some from the latter half of the same month, excluding places previously featured such as the mountain bike tracks of Hua Hin's Hin Lek Fai Hill, which I went in September of 2012 to join the local riders in a night ride. They haven't done a similar ride since.

In 2003, I revisited Namtok Krok E-dok, a big but less-known waterfall on the western boundary of Khao Yai National Park. The main picture was actually from a trip I had made a few years before, which, to be honest, I can't remember what month it was. For sure though, it was the rainy season. The photo was shot with a film camera. Luckily, there is a digitally scanned image.

In 2004, I made a long road trip to the lower Isan region to check out the attractions along the border with Laos and Cambodia. In 2014, I visited Khao Krachom, a remote station of the Border Patrol Police adjacent to Myanmar.

Well, there are a few more presented in this article, all with up-to-date information. I hope you'll find some that you feel like adding to your bucket list.

Nobody knows how long this pandemic will last. Anyway, let’s be hopeful. One day we’ll be able to travel freely once again. It doesn’t hurt to have some plans, does it? To make it easier for you, here are some travel ideas that — I’m keeping my fingers crossed — you might be able to use in case the coast is clear three months or so from now. 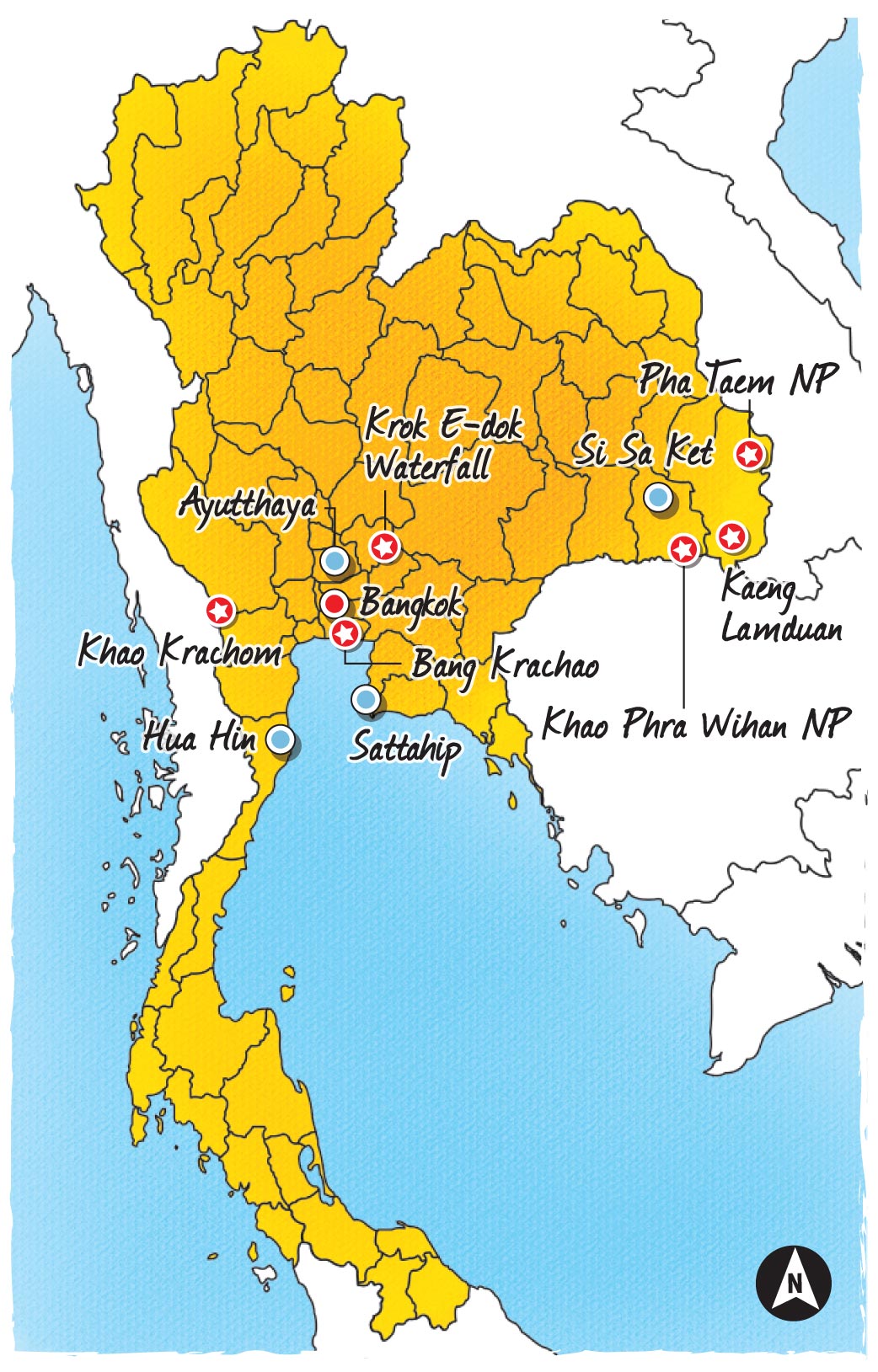 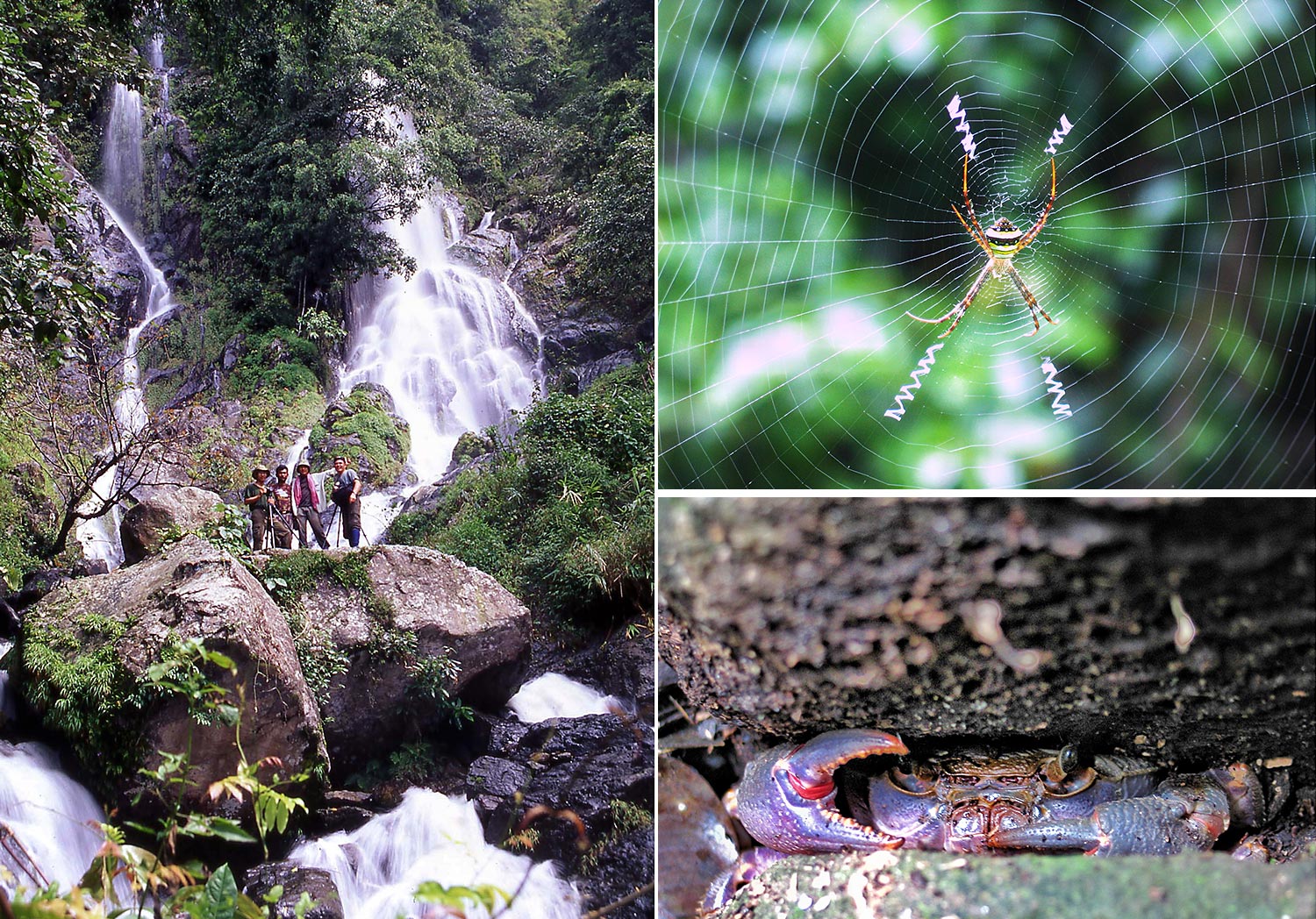 The Saraburi part of Khao Yai National Park — which also covers three other provinces namely Nakhon Nayok, Prachin Buri and Nakhon Ratchasima — is home to one of the park’s larger waterfalls, Krok E-dok. To reach the Krok E-dok, you need to walk 4km from the forest edge. Since it is a short trek, there is no need to stay overnight in the forest. All you need to carry is lunch, drinking water and a camera with a decent macro capability since along the way there will be many plants and tiny creatures you’ll want to photograph. The trail includes several climbs, the closer you get to the falls, the steeper the terrain. However, the worst part, in my opinion, is the beginning. You have to wade across a shallow stream first, which means you need to wear soggy shoes all day long until you get out of the forest. Since the site is located within a protected area, every visitor needs to register and be accompanied by a ranger or designated local guide. Hopefully, the waterfall will reopen to visitors by late September or early October. For the update, consult the Ban Bueng Mai Community Tourism Group via Line by adding this phone number 065-706-2959.

On the satellite mode of Google Maps, if you look at Greater Bangkok, you’ll see a large green space surrounded by concrete jungle. That’s Bang Krachao, aka Bangkok’s Green Lung. Apart from natural surroundings and rural way of life, this special area is blessed with a variety of attractions from arts and crafts workshops and museums to old temples, a public park and the famous Bang Nam Phueng weekend market, which is back in operation. Bang Krachao is located on the west side of the Chao Phraya River. Unless you drive there, it’s convenient to cross the river via a ferry from one of these piers depending on your location: Wat Klong Toey Nok, Wat Bang Na Nok and Sathu Pradit. For rental bicycles, which makes it easier for you to explore this green area, call 061-832-6113. 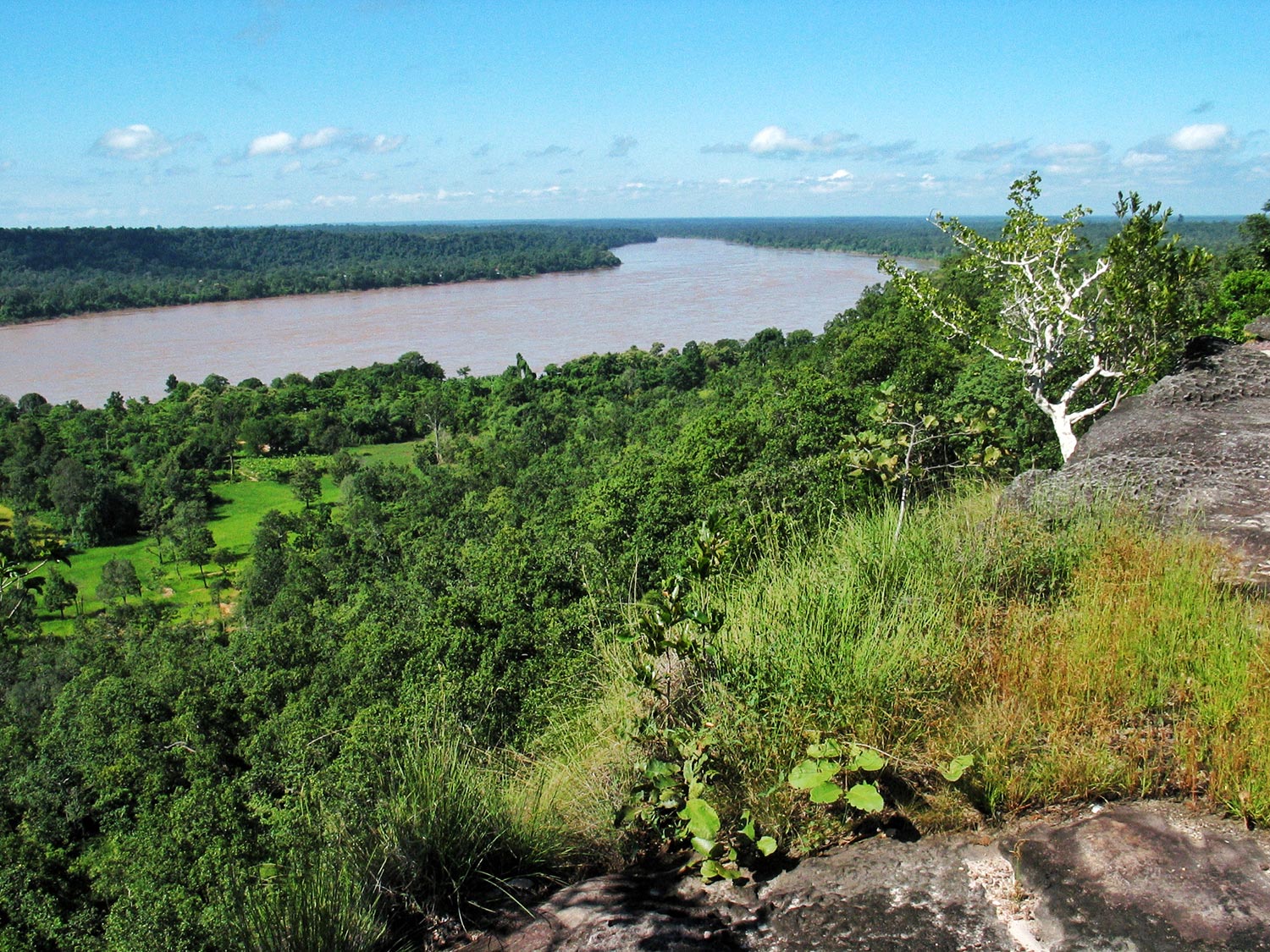 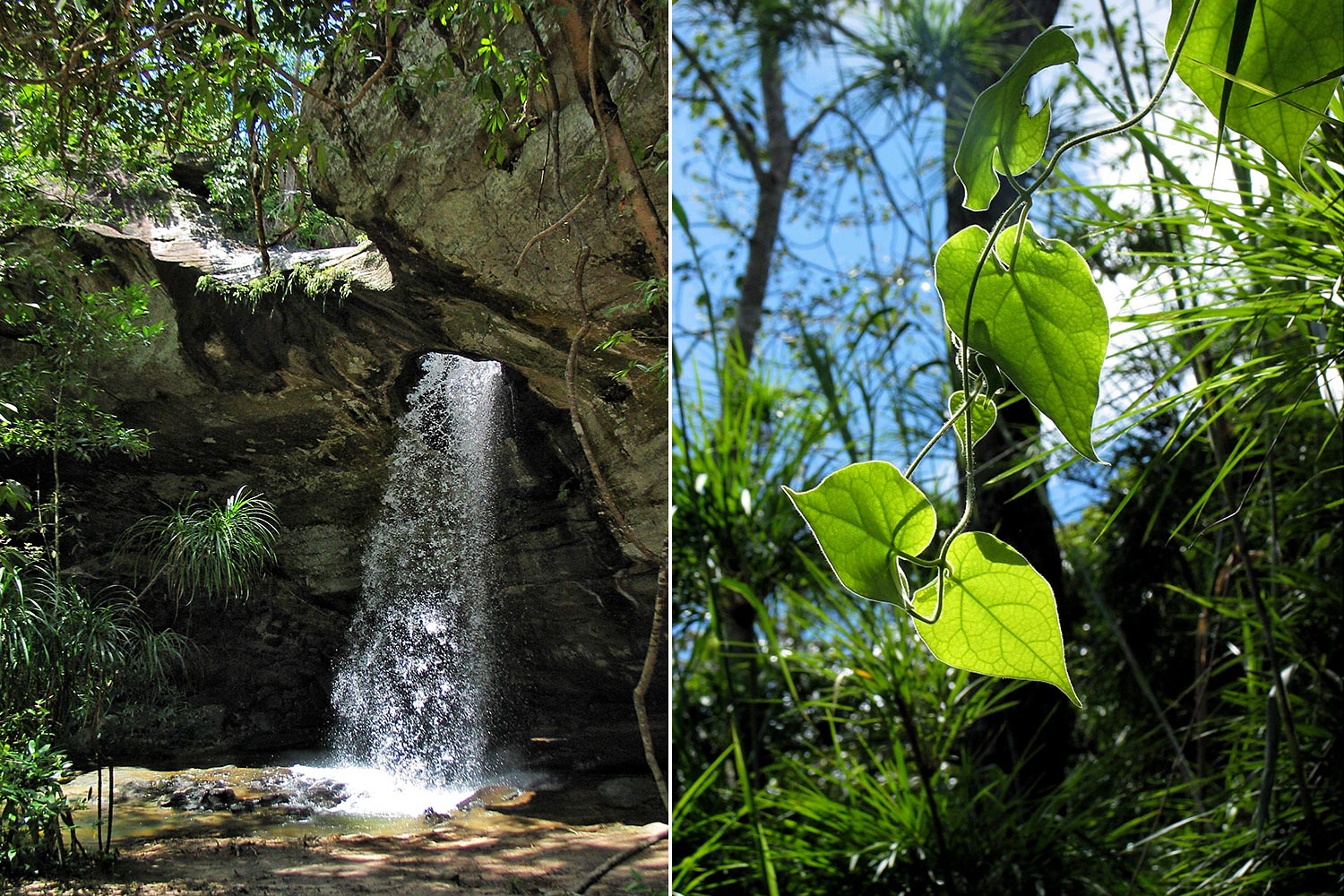 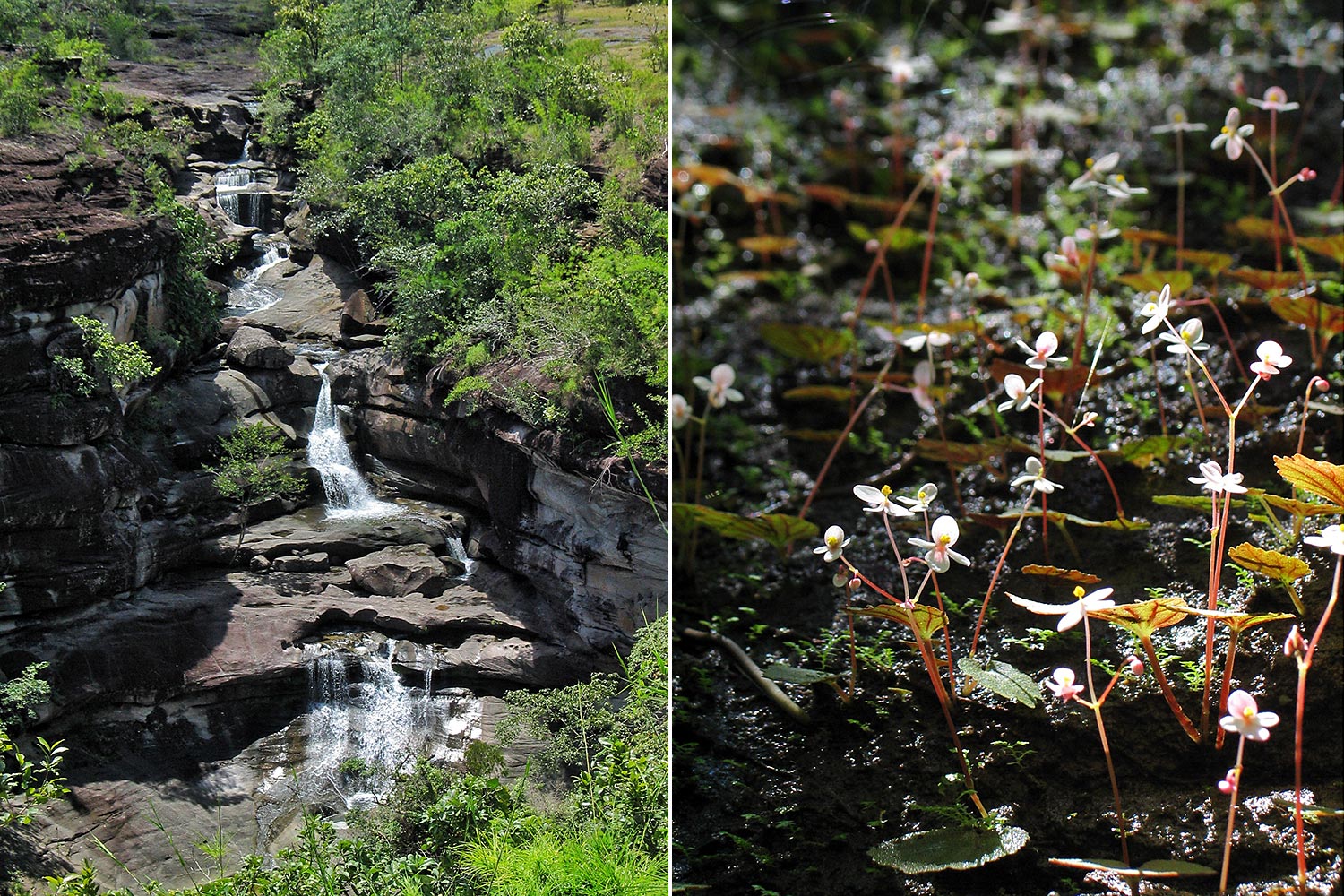 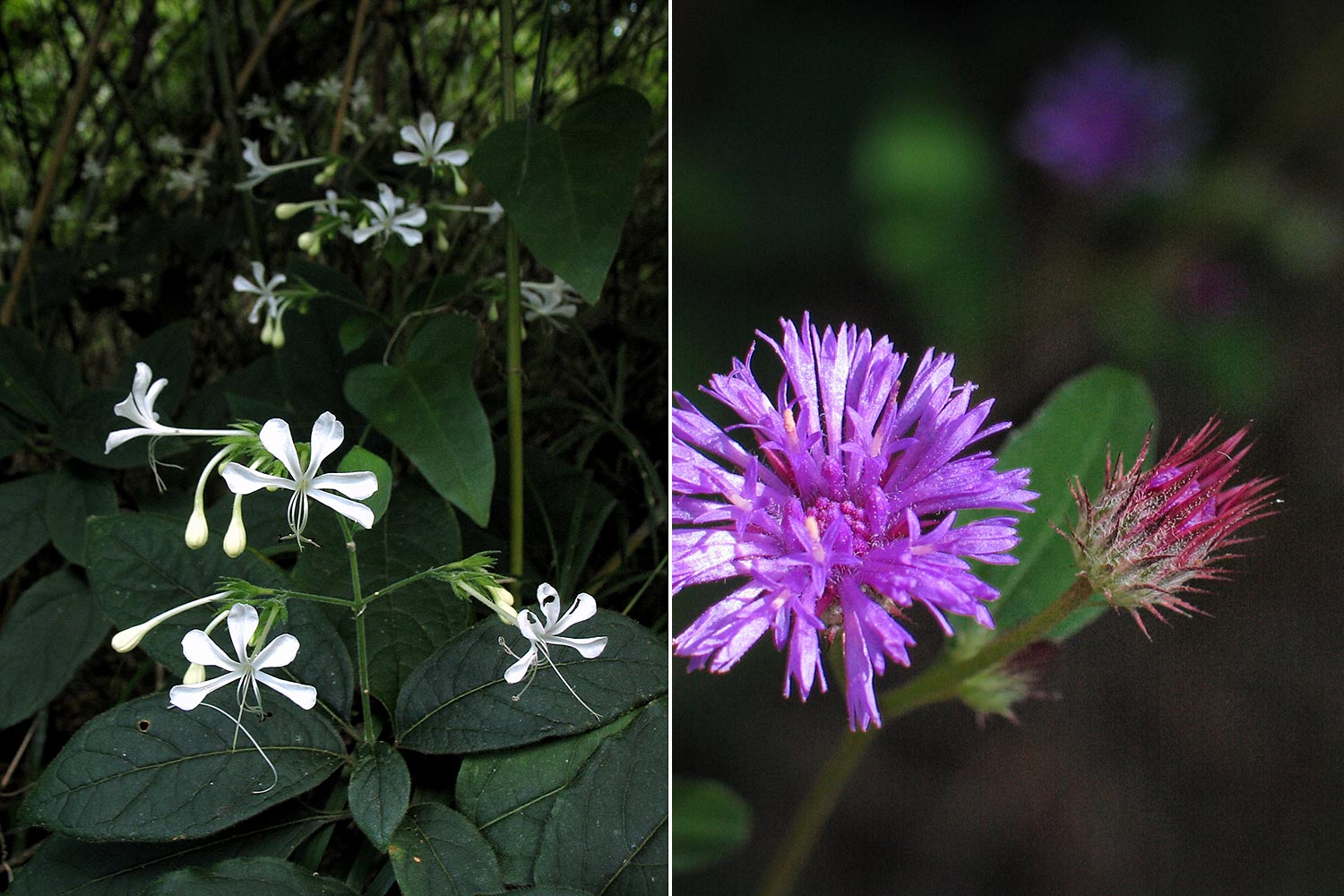 Pha Taem National Park in Ubon Ratchathani province boasts one of the most breathtaking views of the Mekong. From the clifftop lookout point a short walk from the visitors’ centre, you can feast your eyes on the mighty river and a protected forest of southern Laos. Not far from there is a trail that takes you down the cliff to sites of prehistoric paintings. The site you see in an accompanying photo depicts images of the Mekong giant catfish, a freshwater stingray and several fishing tools. The period from September to October is the best for those who wish to see the park’s waterfalls such as Saeng Chan and Soi Sawan in their best forms. Here you can see the pictures of the mentioned falls. I won’t tell which is which but my hint is that the name of the first means moonlight. For flower lovers, it’s wise to wait until October and November when many ground-hugging plants in the park’s open areas bloom en masse. The pictures of flowers and leaves shown here were taken in September. 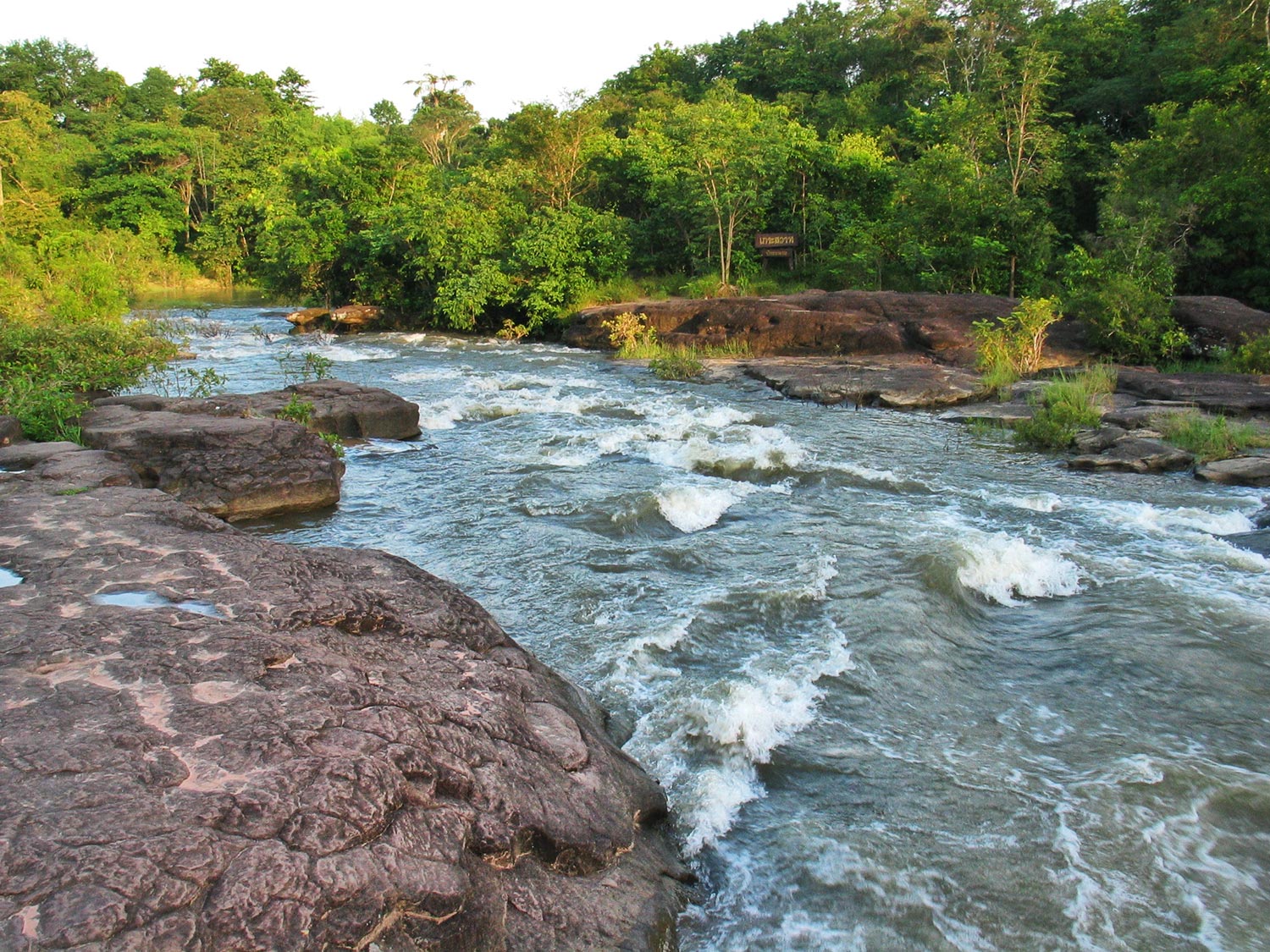 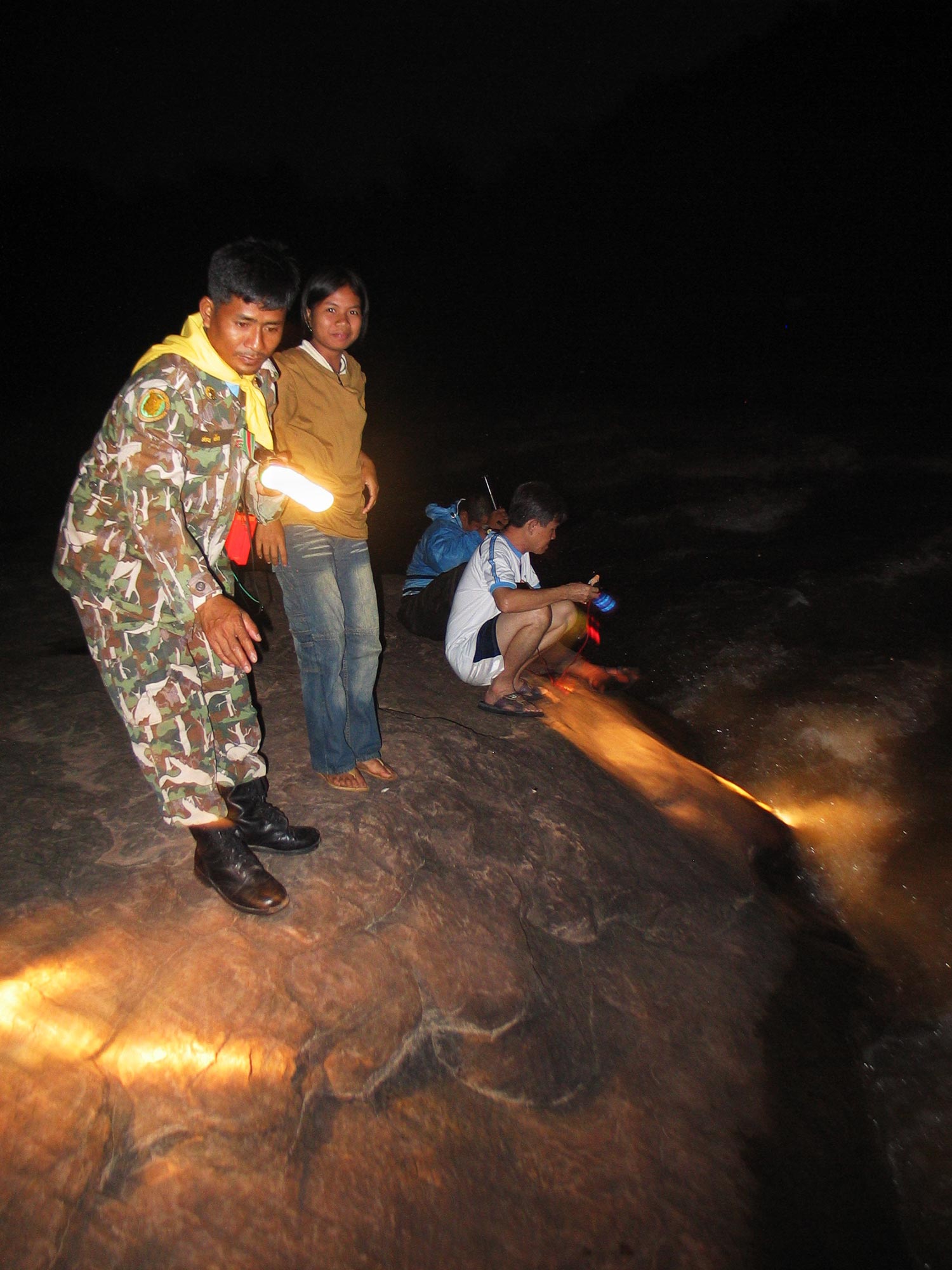 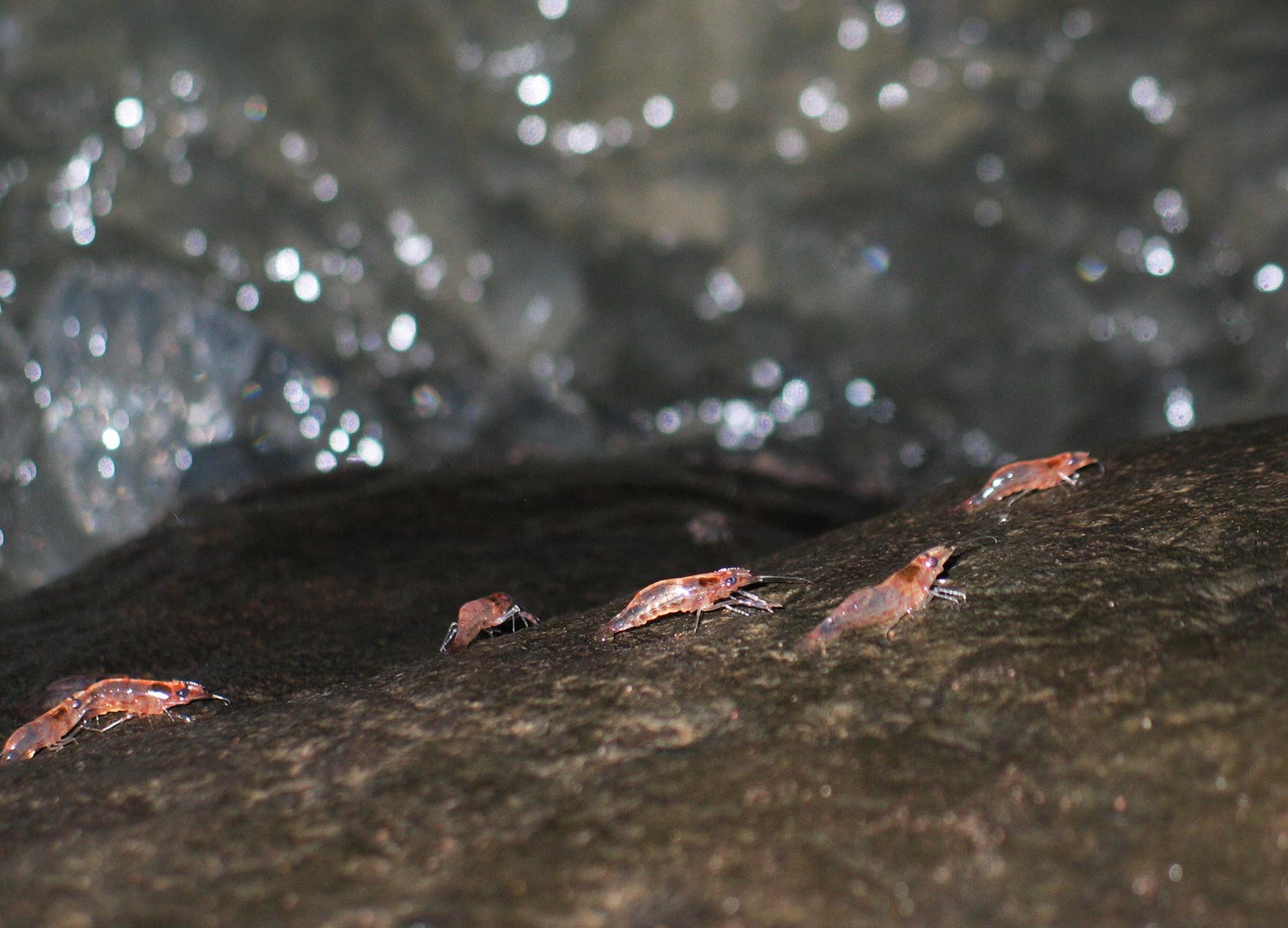 This year, several events were either cancelled or postponed. But this annual parade at Kaeng Lamduan in Ubon Ratchathani’s Nam Yuen district, for sure, will not be affected by the pandemic. Kaeng Lamduan is a rough section of Lam Dom Yai stream. September, the height of the rainy season, is the time that the stream water which flows down from the mountains further south is strongest. It is also the period that Kam Khon shrimp (Macrobrachium dienbienphuense) migrate to their mating location upstream. The tiny creatures are not strong enough to move against the current in the rapid so they have to crawl out of the water and travel on the rocks along the water’s edge instead. The shrimp parade takes place virtually every night of September, or longer if there are still heavy rains. If you get to go to Kaeng Lamduan to watch this natural phenomenon, make sure you do not disturb the shrimp and at the same time keep reminding yourself that falling into the fast-flowing water in the dark is no fun at all. For more information, contact Ubon Ratchathani Wildlife and Nature Education Centre which oversees Kaeng Lamduan at facebook.com/sathaniubon.uwcdes or call 045-410-040 and 045-243-770. 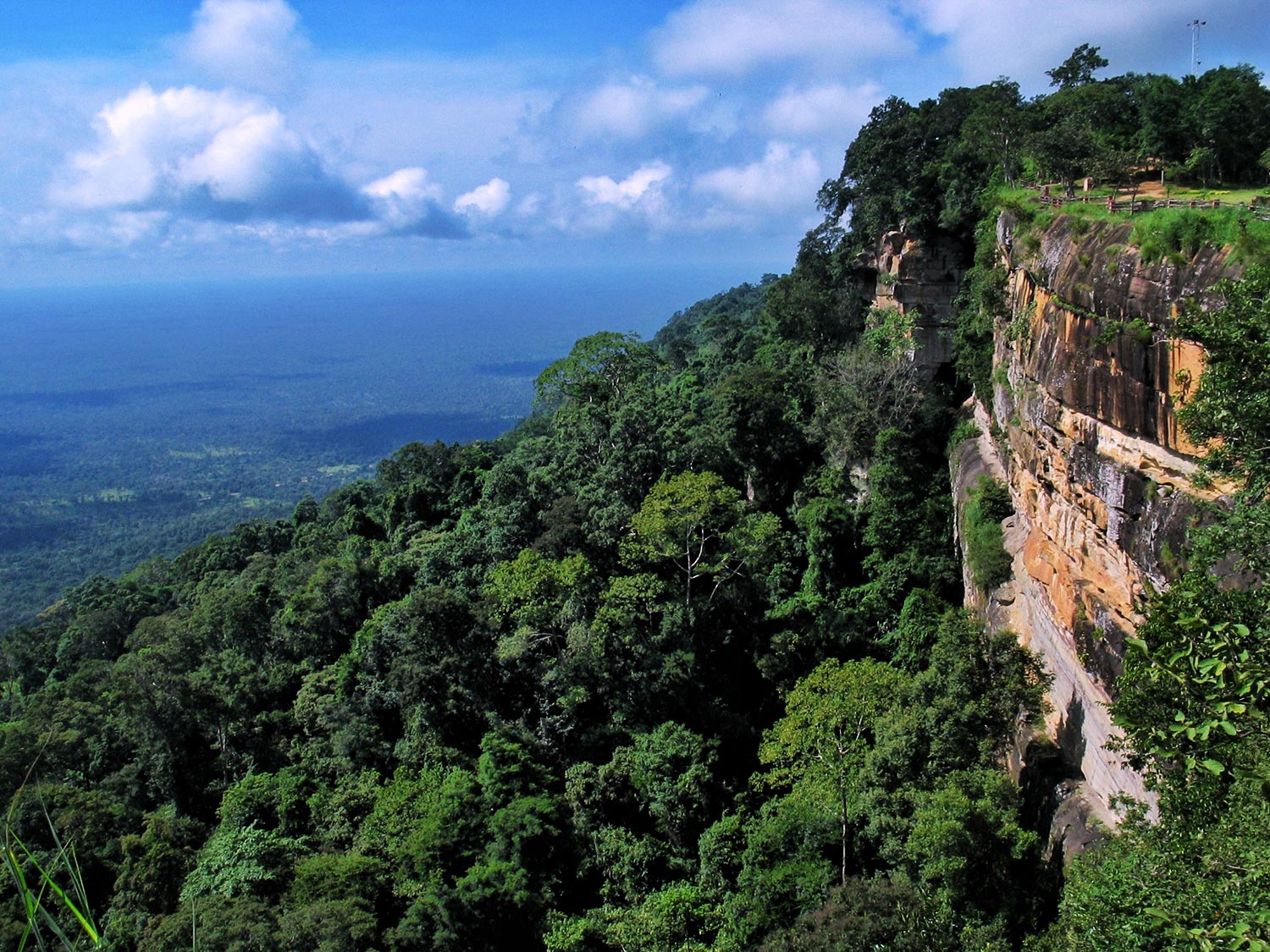 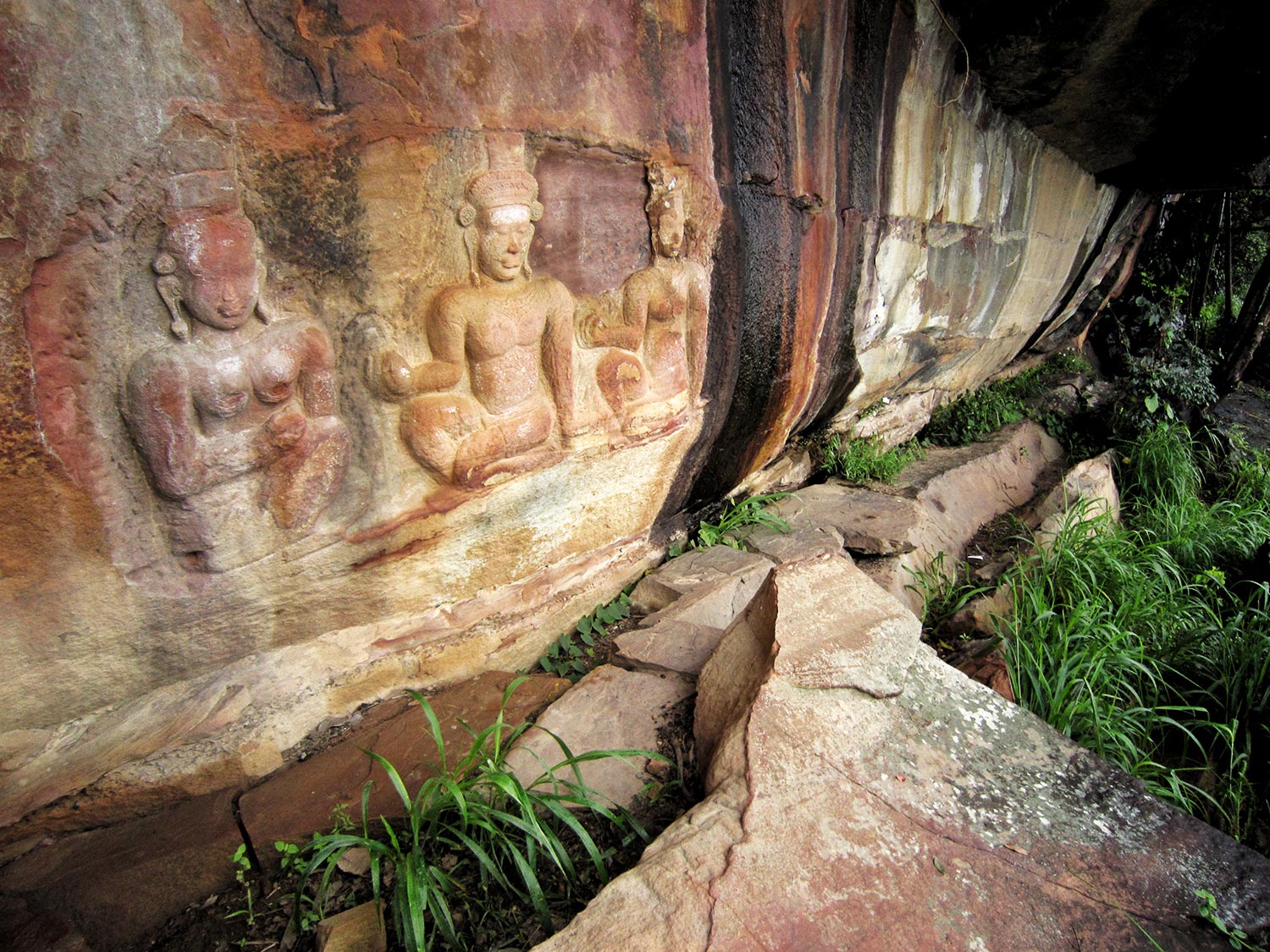 Normally, Khao Phra Wihan National Park in Si Sa Ket’s Kantharalak district welcomes visitors all year round. Two of my visits to this park on the border with Cambodia happened to take place in September. The good thing about this period of high humidity is that if you arrive at the park’s Pha Mo E-daeng clifftop lookout point early in the morning, you have a good chance of enjoying a sea of fog, which carpets the land down below that is Cambodia. A few steps from the observation point is a wooden stairway that takes you a little down the cliff to a spot where you’ll see a set of Khmer relief sculptures that dates back over a thousand years to the time of the nearby Preah Vihear Temple, which is currently under the care of Cambodia. In the adjacent Khun Han district, about an hour’s drive west of Pha Mo E-daeng, are Samrong Kiat and Huai Chan waterfalls, which are popular among the locals but rarely heard of by outsiders. The Facebook page of Khao Phra Wihan National Park is easy to find. For those of the waterfalls, you need to search in Thai. 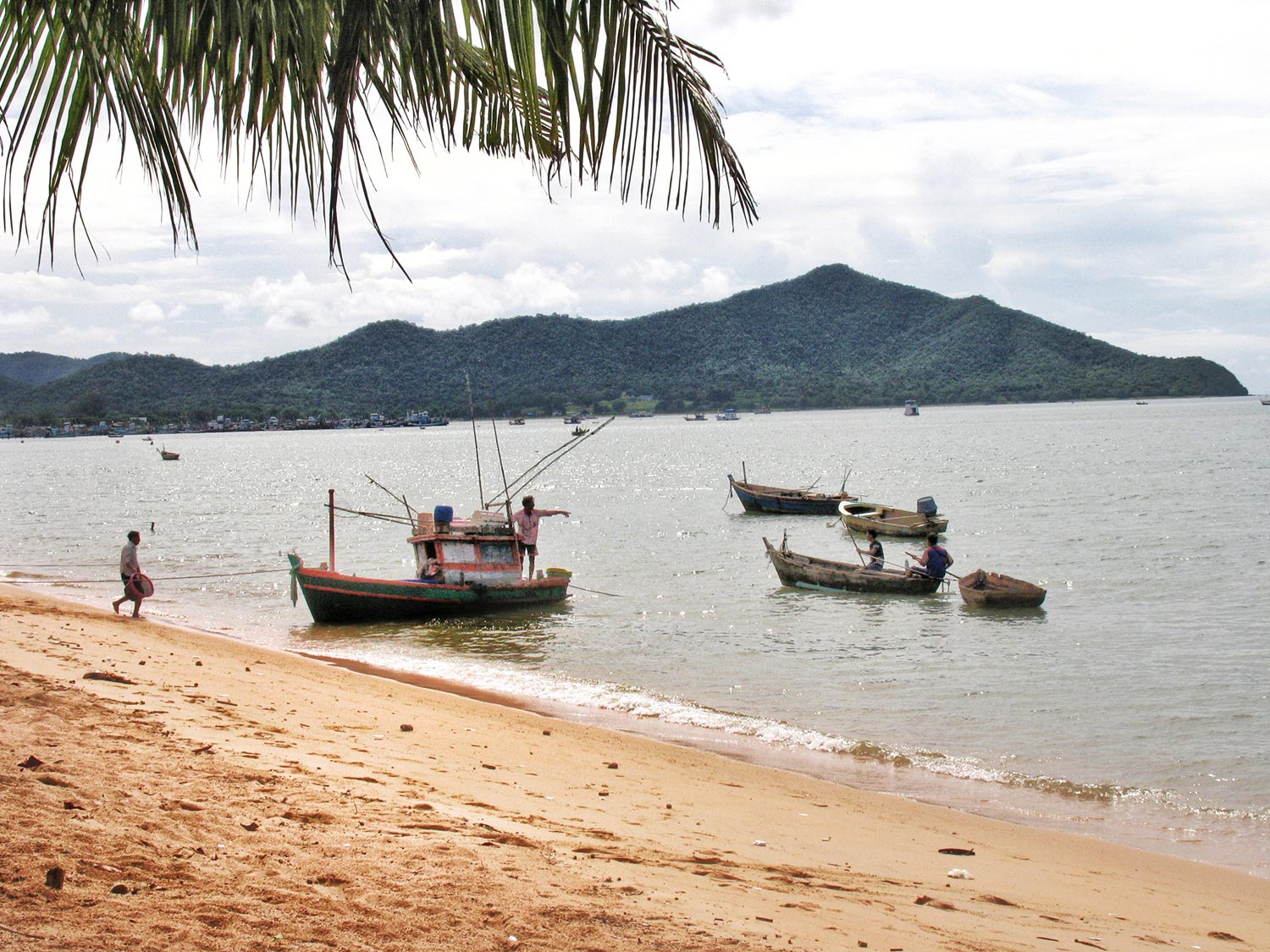 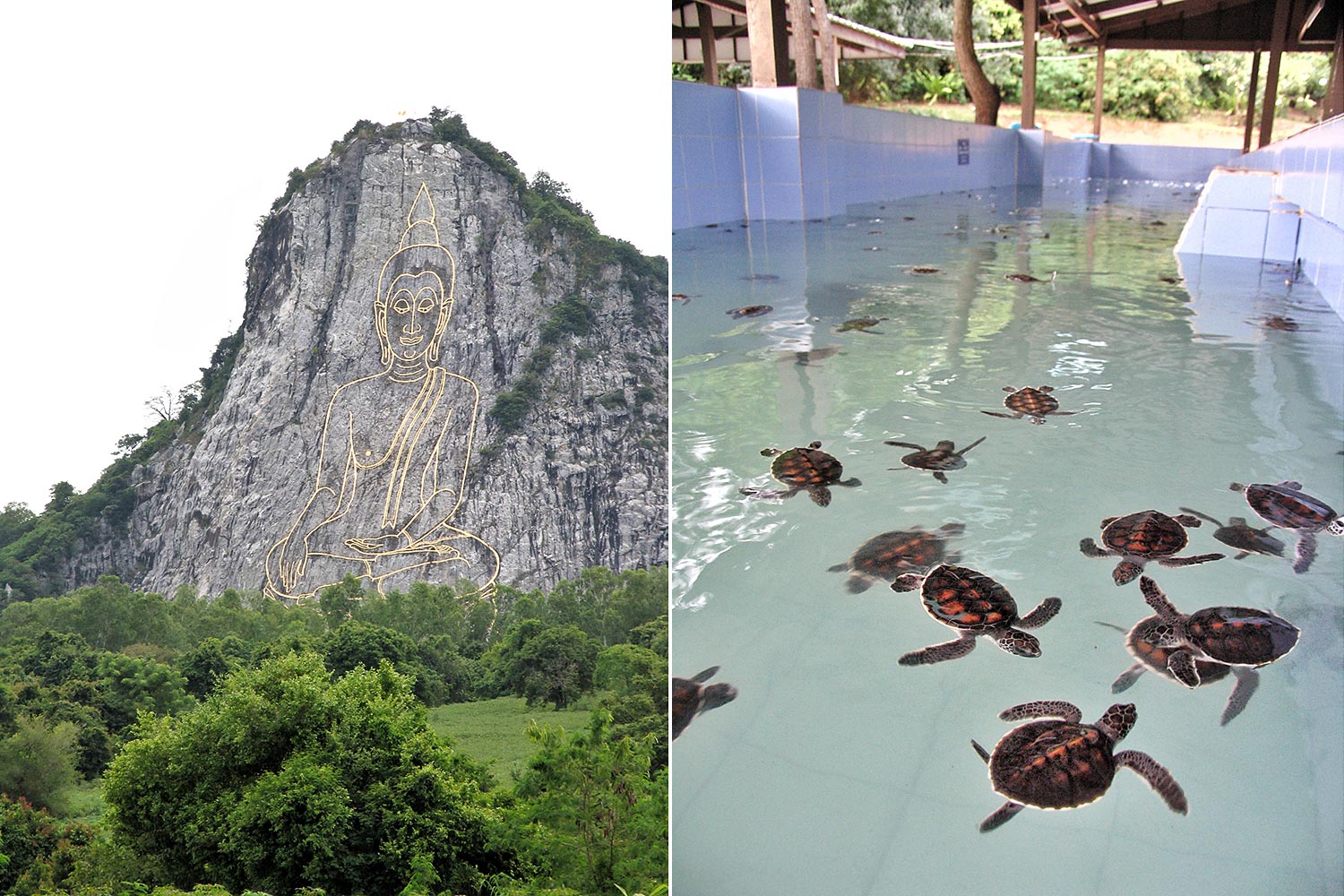 Apart from Pattaya, Bang Lamung and Sattahip districts of Chon Buri are rich with a variety of attractions that can be visited at any time of the year. I have been to these parts of the eastern province on several occasions. In September of 2006, I checked out Viharn Sien, the museum housed in the Chinese style building next to Wat Yansangwararam, which was named after the previous Supreme Patriarch, Somdej Phra Sangharaja Chao Krommaluang Vajirañanasamvara. Viharn Sien houses a large number of precious antiques from China, including a collection of authentic sculptures from the world-famous Terracotta Army given by the Chinese government. Of course, not to miss once you’re in the area is the Khao Chi Chan (the Buddha Mountain) which is just a few minutes’ drive from the Chinese art museum. On the same trip, I also went to nearby beaches, namely Ban Amphoe, Bang Saray, Toey Ngam, Dong Tan and Nang Ram. The second is famous for seafood restaurants. The last three and a sea turtle conservation centre are located in Navy bases. If you wish to know more about the navy’s turtle project, visit turtles.navy.mi.th. 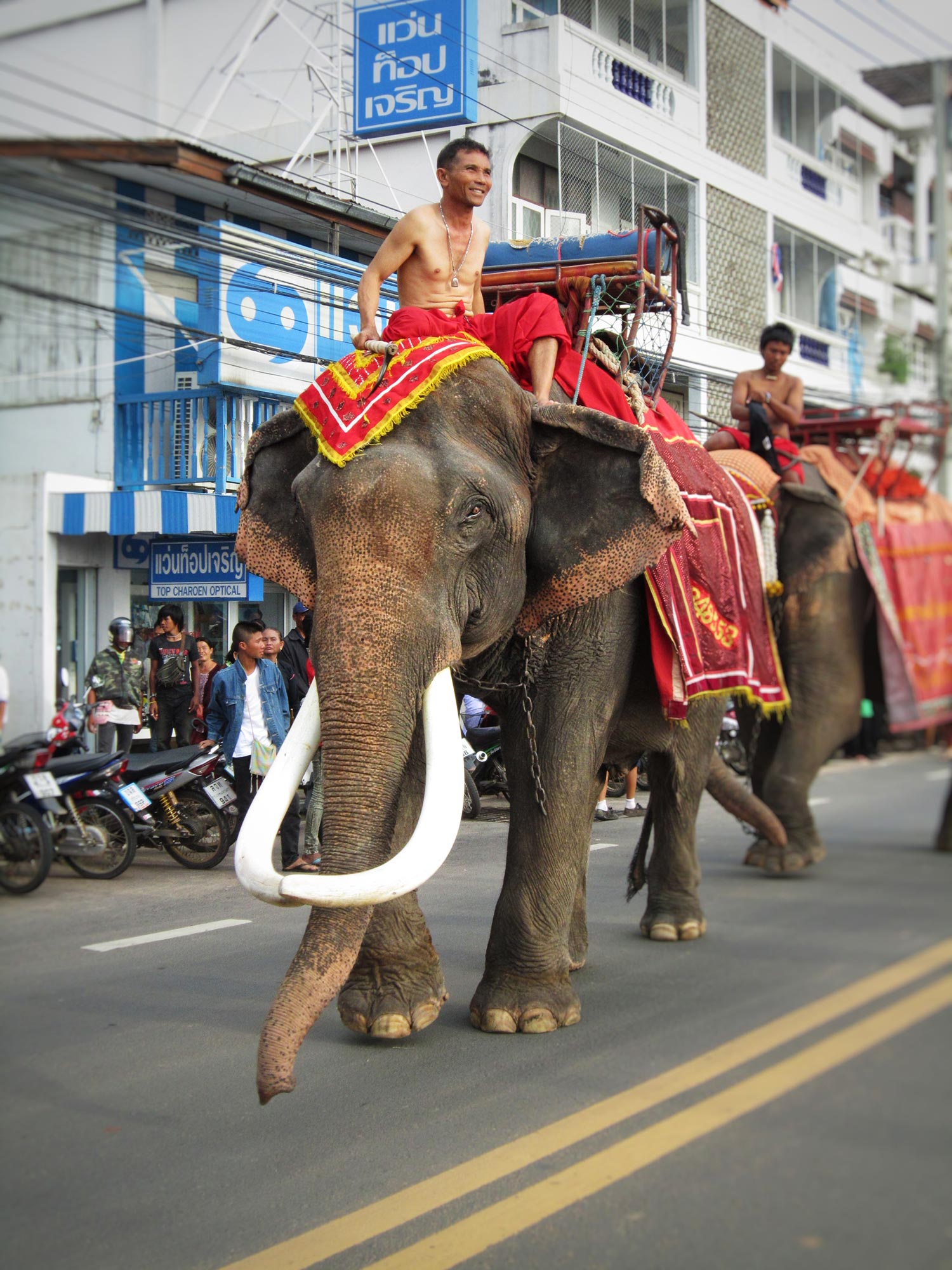 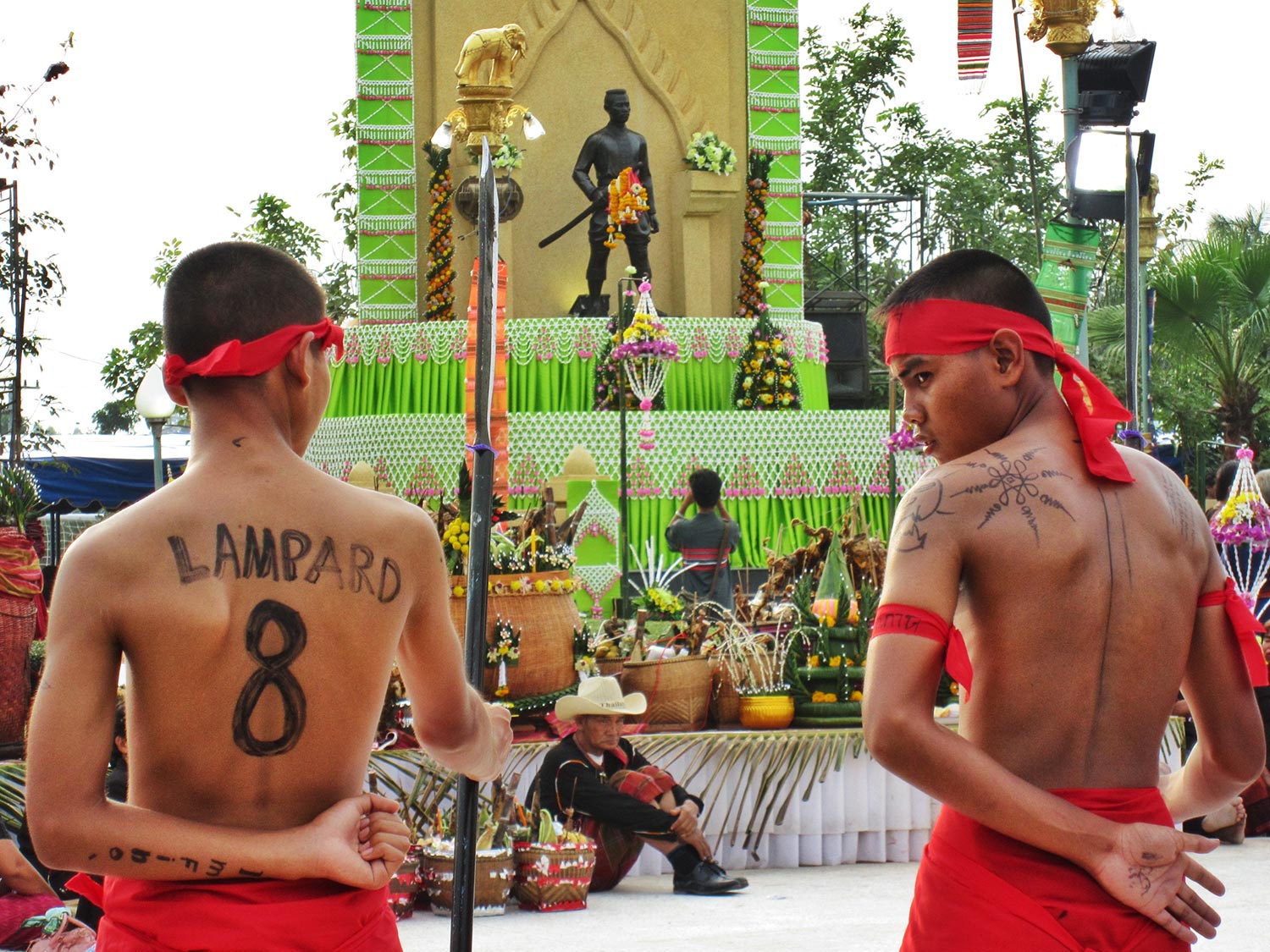 Perhaps the most important event in Si Sa Ket’s Khu Khan district is the San Don Ta ceremony, which normally takes place in September. Apart from a solemn ritual to pay respect and make merit for ancestors, San Don Ta also includes sales of various local products and a grand procession of people dressed in traditional costumes and beautifully decorated elephants. It is not yet certain whether the annual event will be held as usual. In case it does, it would be a good opportunity to visit and learn more about the people in this part of Si Sa Ket. 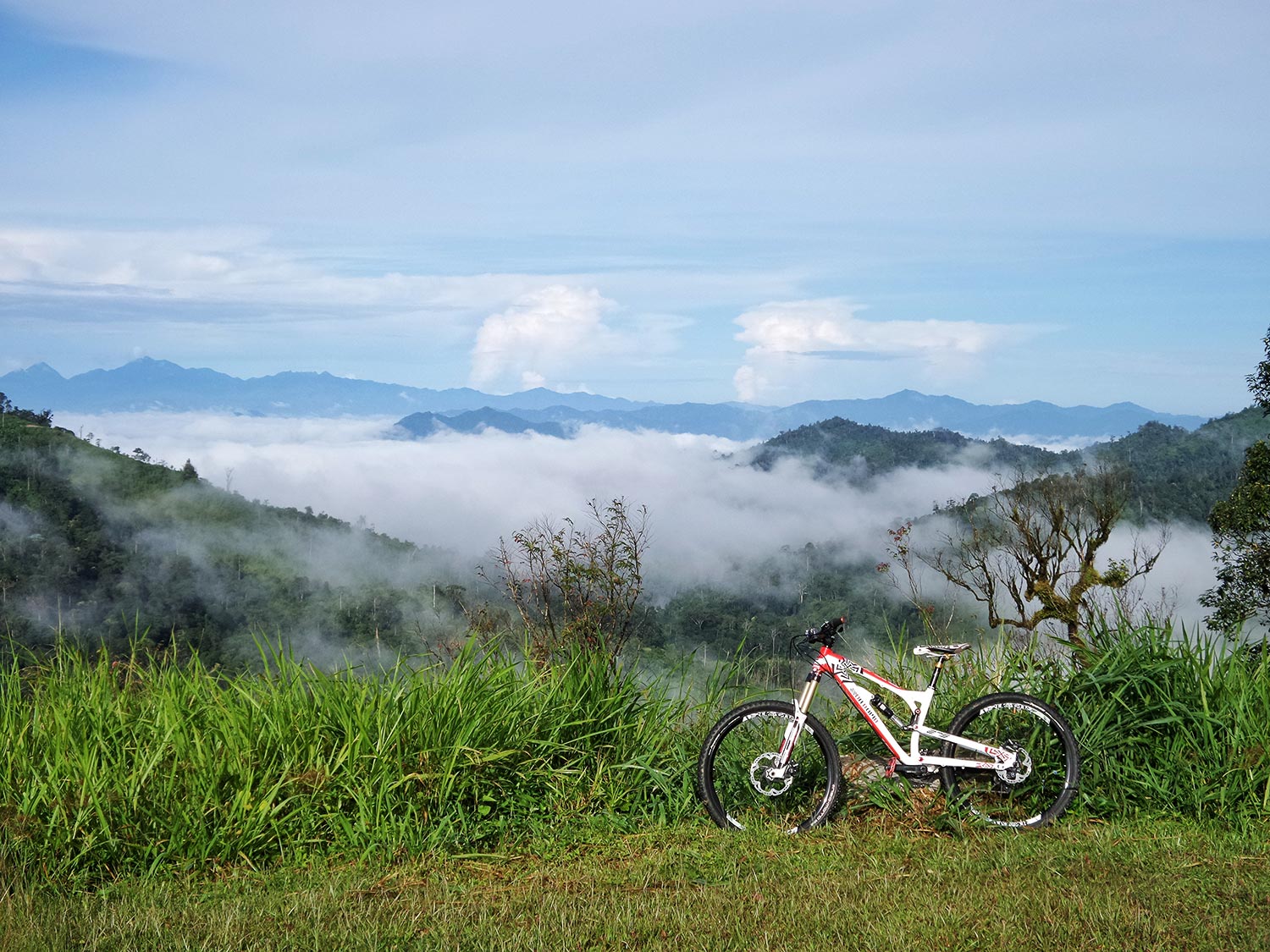 Located in a small base of the border patrol police, the scenic lookout point of Khao Krachom overlooks the mountains in Myanmar. The unpaved access road to the site, which is almost 80km west of downtown Ratchaburi, is well-known among off-roaders as a good test site for beginners. Although the double track is not too difficult to navigate, always expect the unexpected. The seemingly harmless puddle in the picture has trapped so many pickups. That’s why there is an alternative lane available. And of course, like other remote roads that require 4x4 vehicles, this one to Khao Krachom is great for mountain biking. 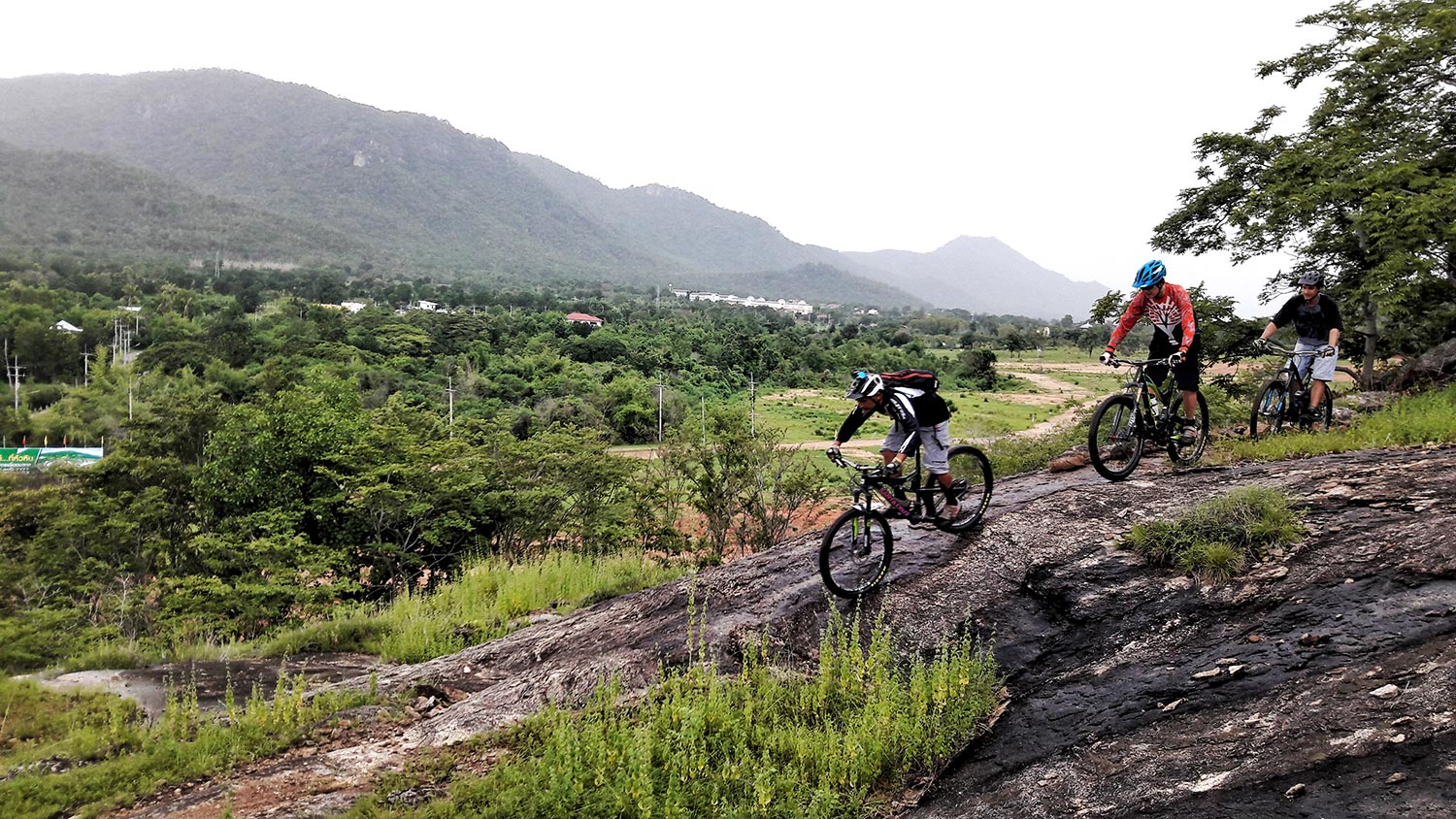 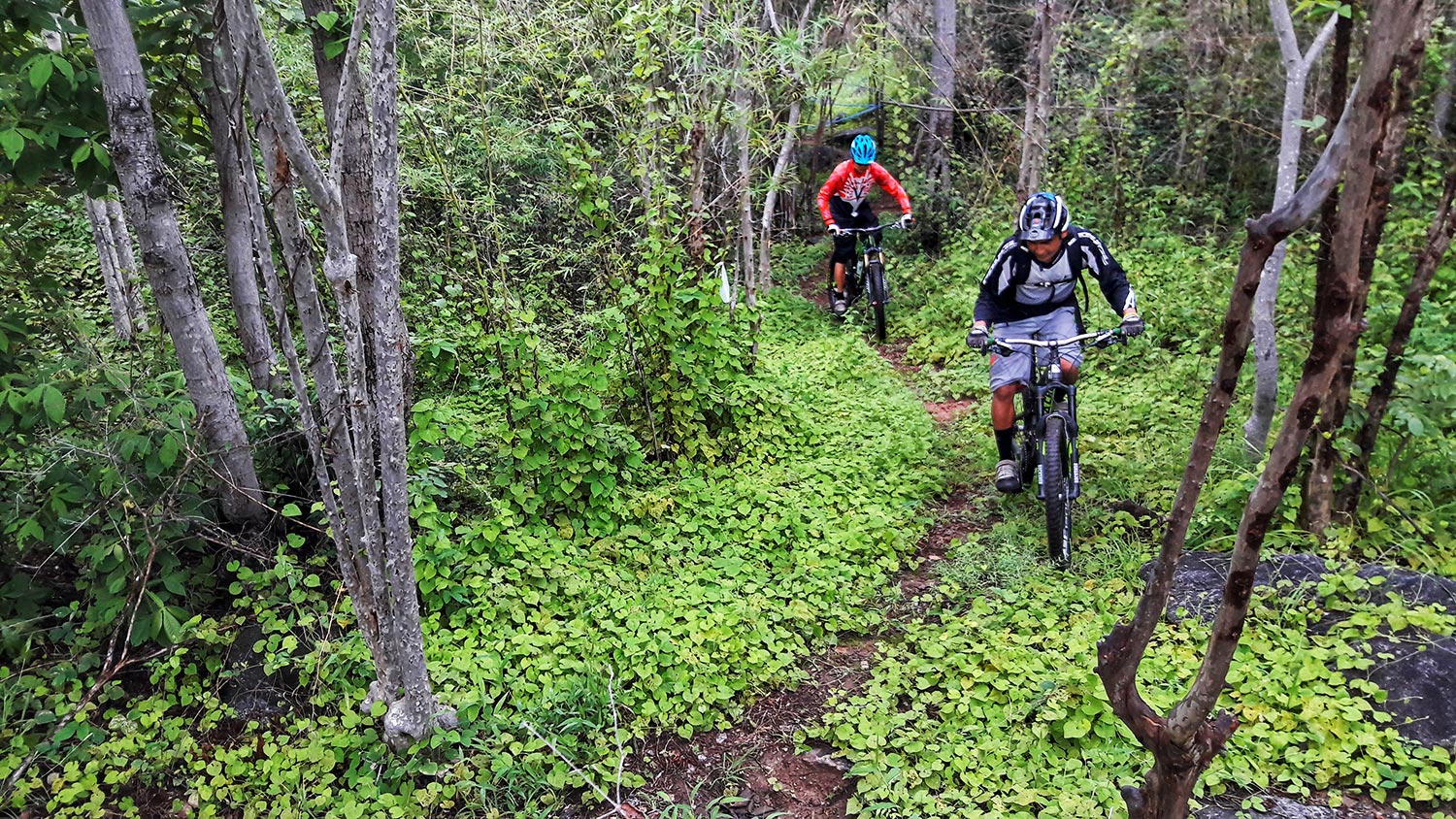 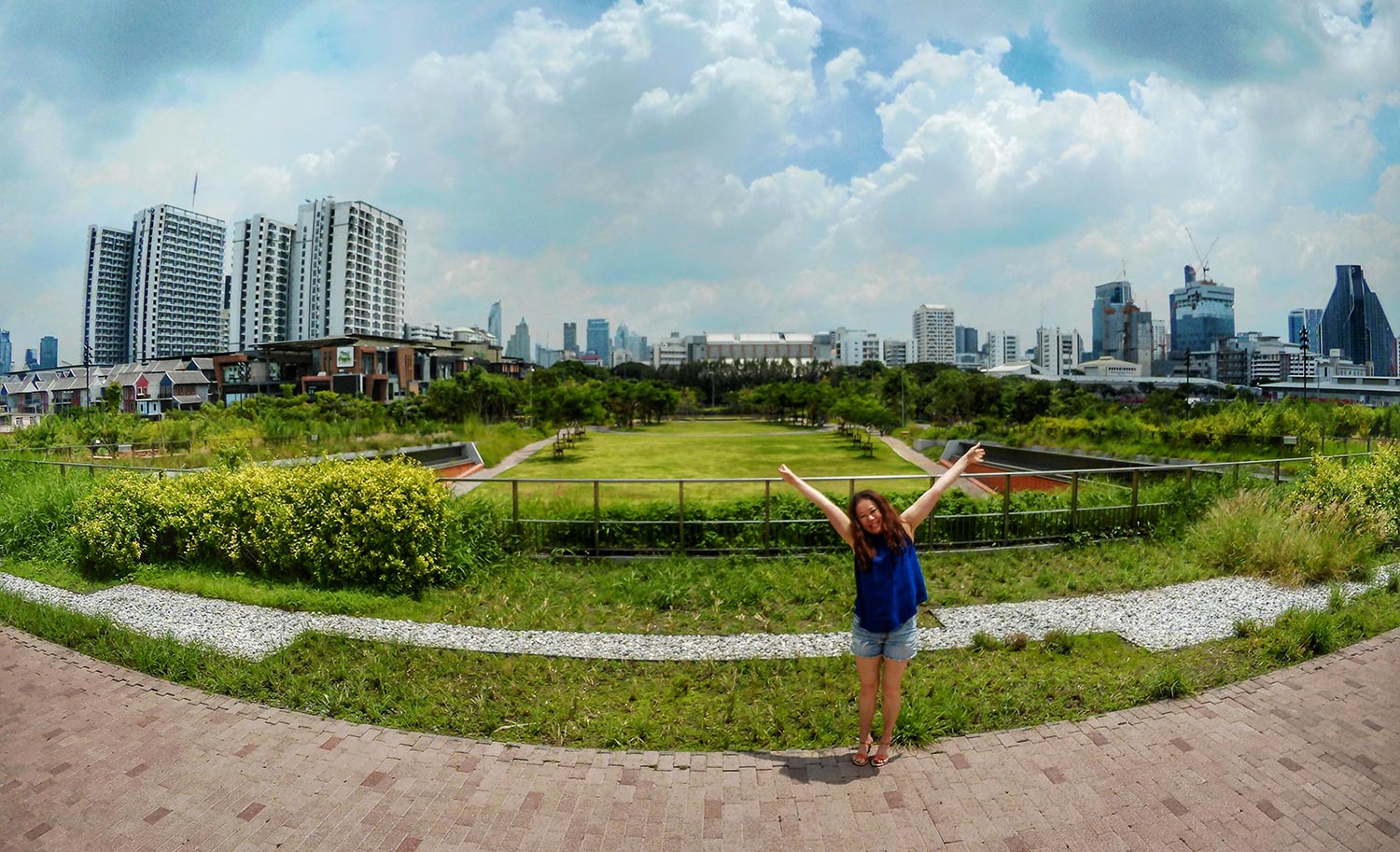 Built as part of the celebration of Chulalongkorn University’s 100th anniversary in 2017, CU Centenary Park not only adds green space to Bangkok but also offers a panoramic view of the city without having to climb up a tall building. The park is just a short stroll from Sam Yan MRT station. 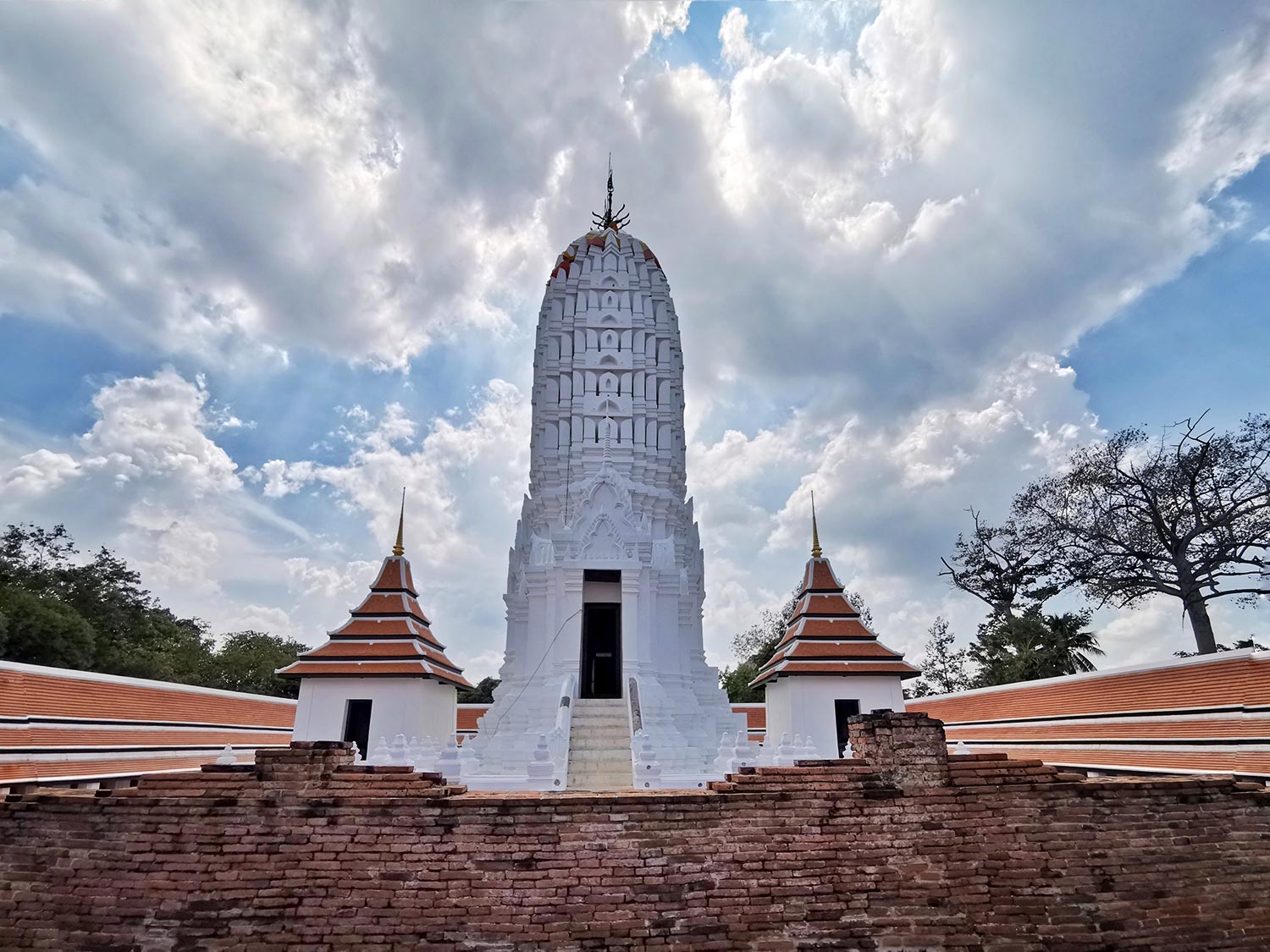 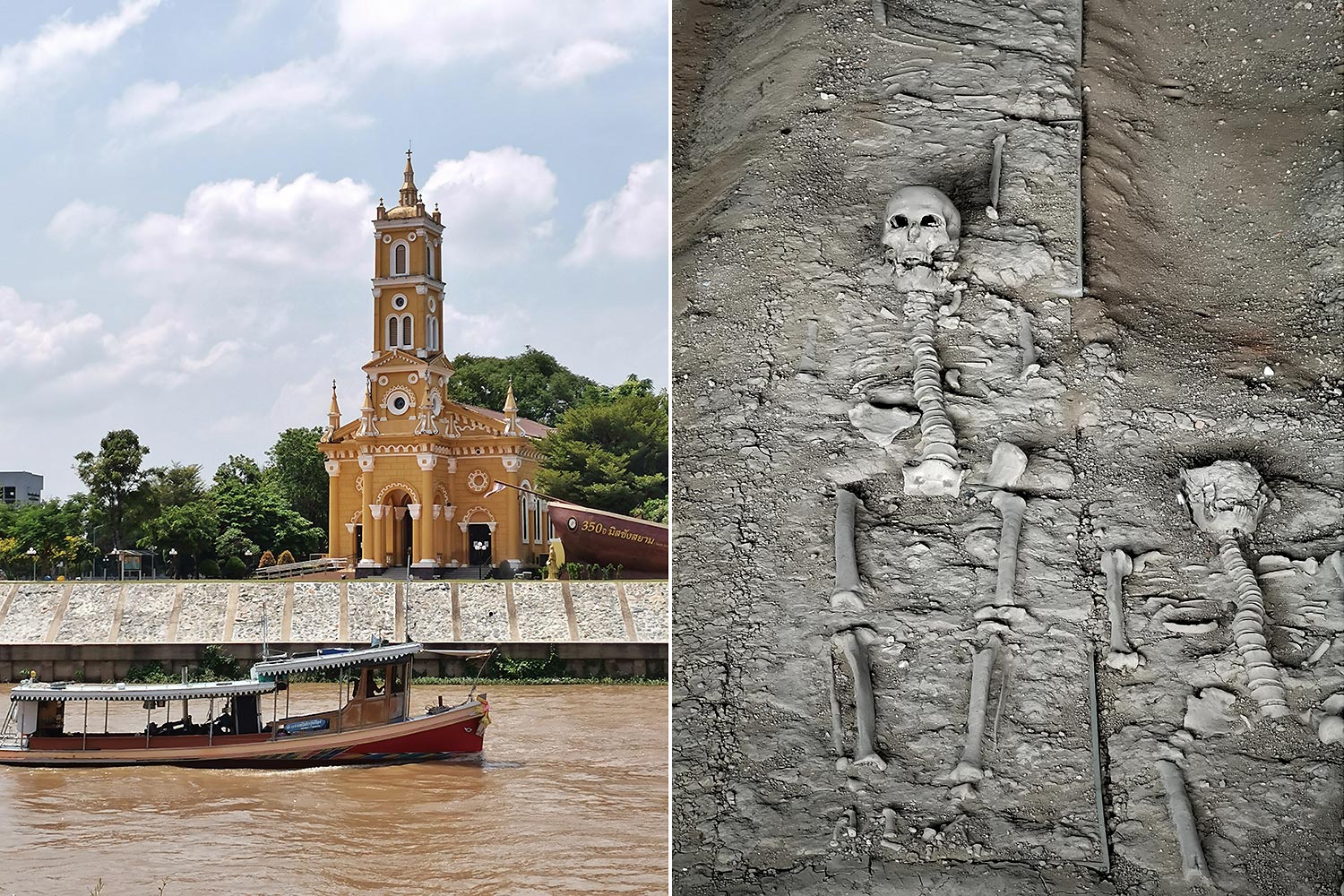 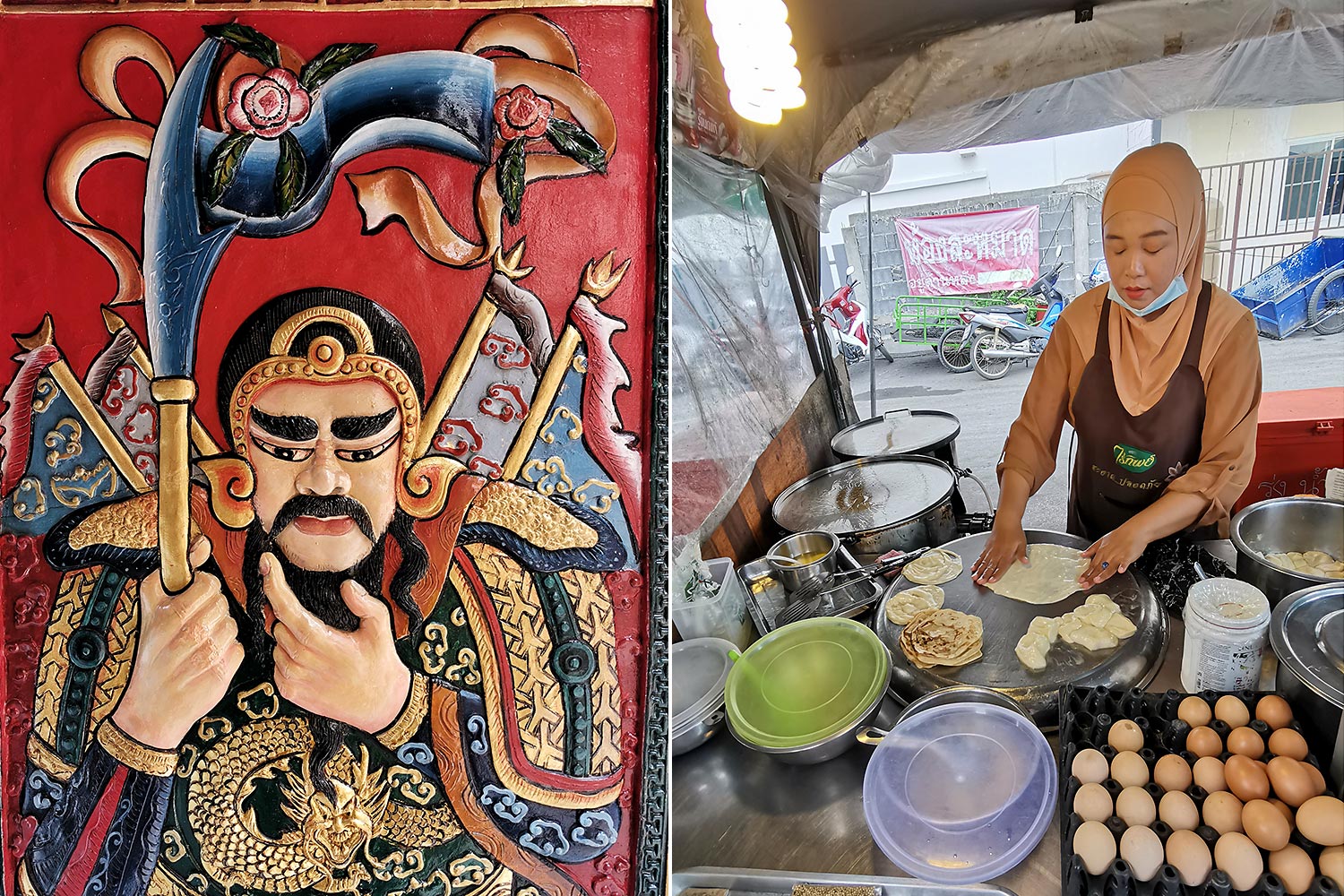 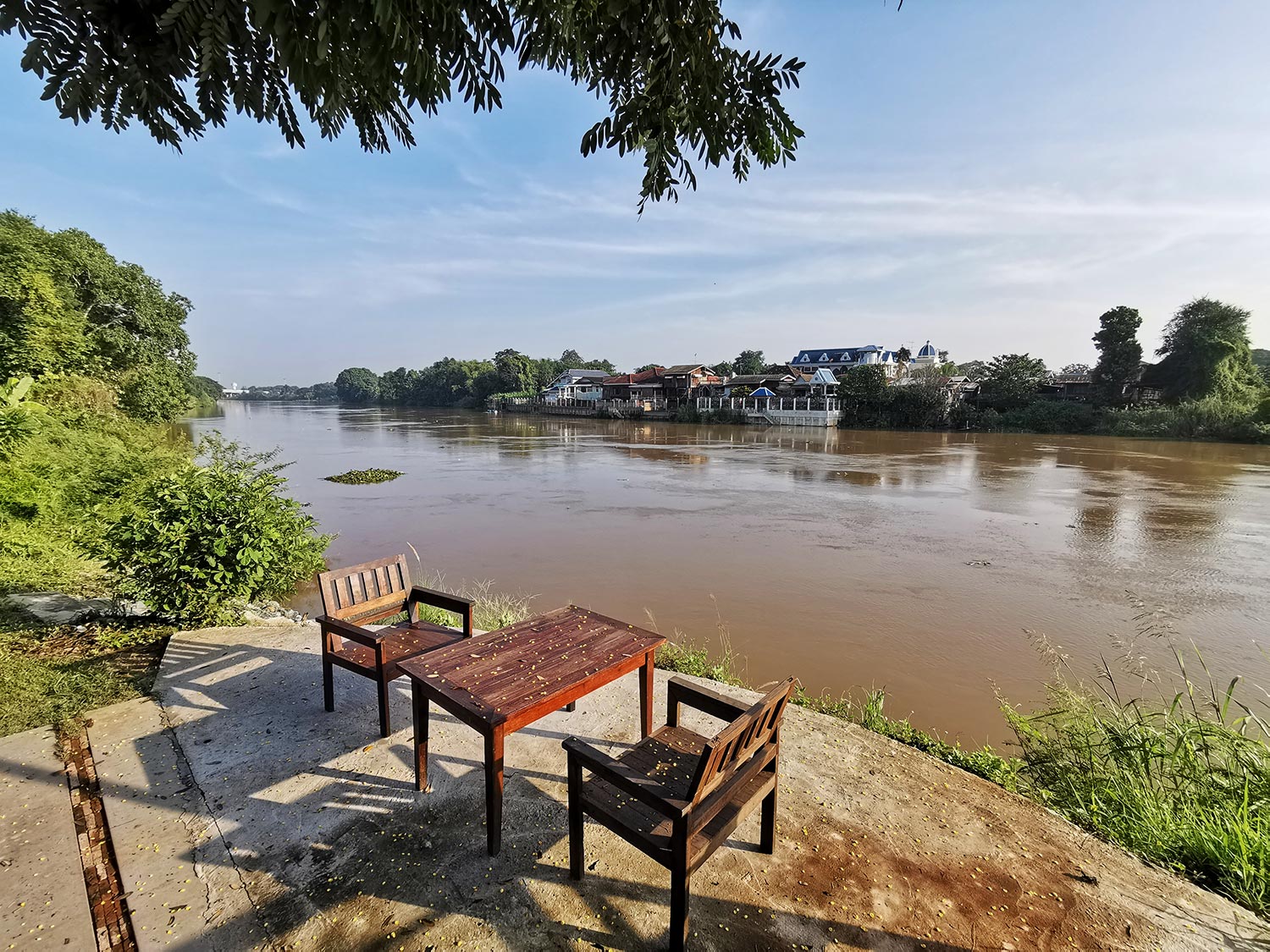 The area south of Ayutthaya is as rich in history as the ancient city itself. Apart from temples, both sides of the Chao Phraya River just downstream from the old capital are lined with traces of international communities, from Chinese, Malay and Japanese to Dutch Portuguese and other Western people. Those foreigners played great roles in the economy and politics of Ayutthaya. To read the full travel article on this area, go to bit.ly/2XtcHbO.