In the northern province of Lamphun, there is a tradition that's found nowhere else.

It's called Salak Yom and this year it's taking place from Aug 27-Sept 2. The venue, as usual, is Wat Phra That Hariphunchai, which is not just the most important temple in the city's old town area but also one of the most respected in the North.

The top highlight of the celebration is the salak yom, the bamboo towers that the annual event is named after. They are beautifully decorated with flowers, colourful paper cut into different patterns, alms and a variety of everyday objects which will either be presented to monks or sold and donate the proceeds to Buddhist priests.

In the past, the salak yom towers were not as tall as they are nowadays, and were done by families with mature daughters. It is believed that the merit made equals that of having a son ordained into monkhood. Also, it is a traditional way for families of the Yong ethnic group, the majority of Lamphun's population, to make public the fact that their daughters were capable of the various craftsmanships involved in creating such a magnificent piece of artful offering and thus ready for marriage.

These days, things have evolved a bit. Instead of being a household affair, each tower now represents a community, a mutual effort of everybody in the neighbourhood. The structures are also a lot taller, each measuring 12m or more, and elaborately decorated to be the most stunning when erected side by side.

Also as important as the salak yom contest are religious rites and the random distribution of the objects used to decorate the towers to monks from different temples via lucky draws, which is the meaning of the word salak.

After the grand event at Wat Phra That Hariphunchai, until the end of Buddhist Lent in early October, the Salak Yom ceremony is allowed to be held at other temples in the province.

Apart from Wat Phra That Hariphunchai where you can pay respect to its centuries-old golden stupa, the city of Lamphun also has several other temples worth checking out, such as Wat Chammathewi, Wat Phra Yuen and Wat Maha Wan. 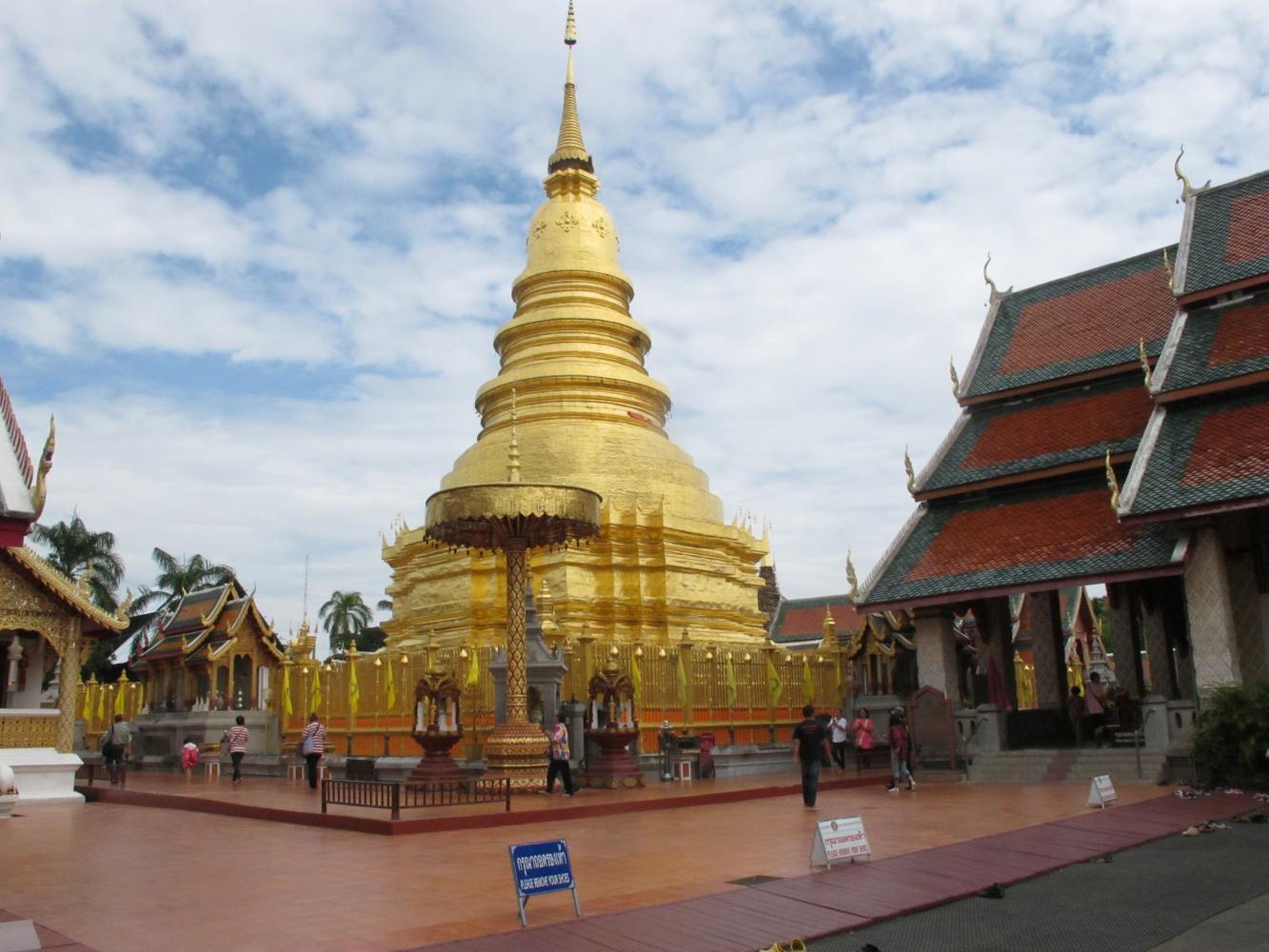 For details about the event, call the temple on 087-714-4448. For more information about Lamphun's attractions and tourist accommodations, call the Lampang office of the Tourism Authority of Thailand which also oversees Lamphun on 054-222-214 or visit its page on facebook.com/lampang.tourism.

Thailand to slowly restart tourism with flight from China

Thailand: All visitors will need insurance