Off-limits to tourists until 1985, Koh Mak in Trat is a great option for environmentally conscious travellers or those looking to just relax

Calm waves slowly reach Ao Khao beach on Koh Mak, a tiny island in Trat. The water was warm and crystal clear. A school of little fish swam near the shore while a sea bird stood on the shoreline waiting for its opportunity. Just then in the blink of an eye, it dipped its head into the water and successfully caught its prey and flew away.

The balmy breeze brought in a briny scent and gently bustled coconut leaves. The beach was serene. It was late afternoon and the Sun was still hiding behind the clouds. I sat on a wooden swing under a giant tree on the beach to dry myself after swimming. There were no other visitors on the long sandy beach. The sea was not disturbed by motorised water vehicles like jet skis, parasails or banana boats as these activities are banned on the island.

"Do you like it here?" asked a hotel staffer during my dinner. I nodded and told her that it was my second visit to the island. 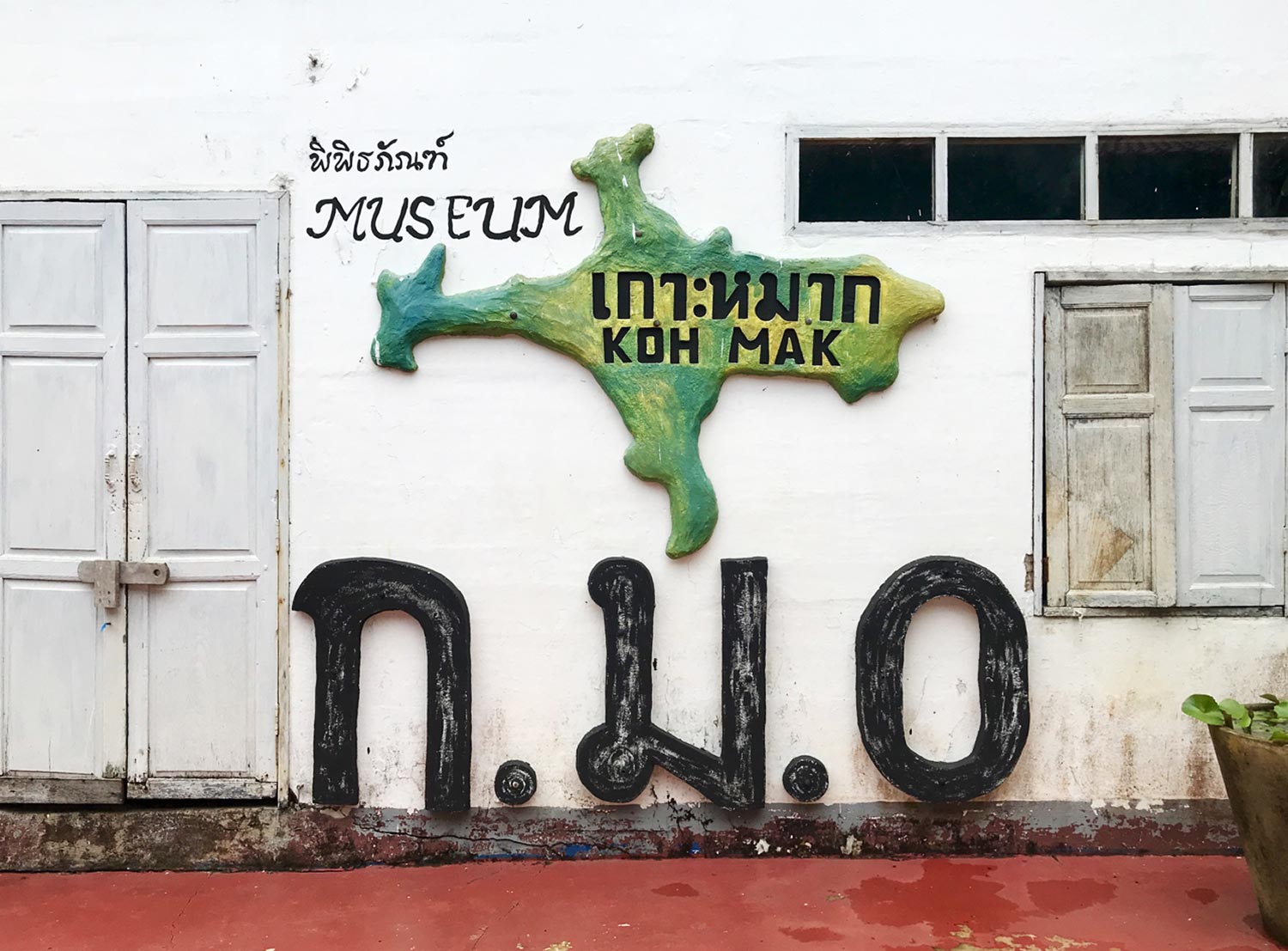 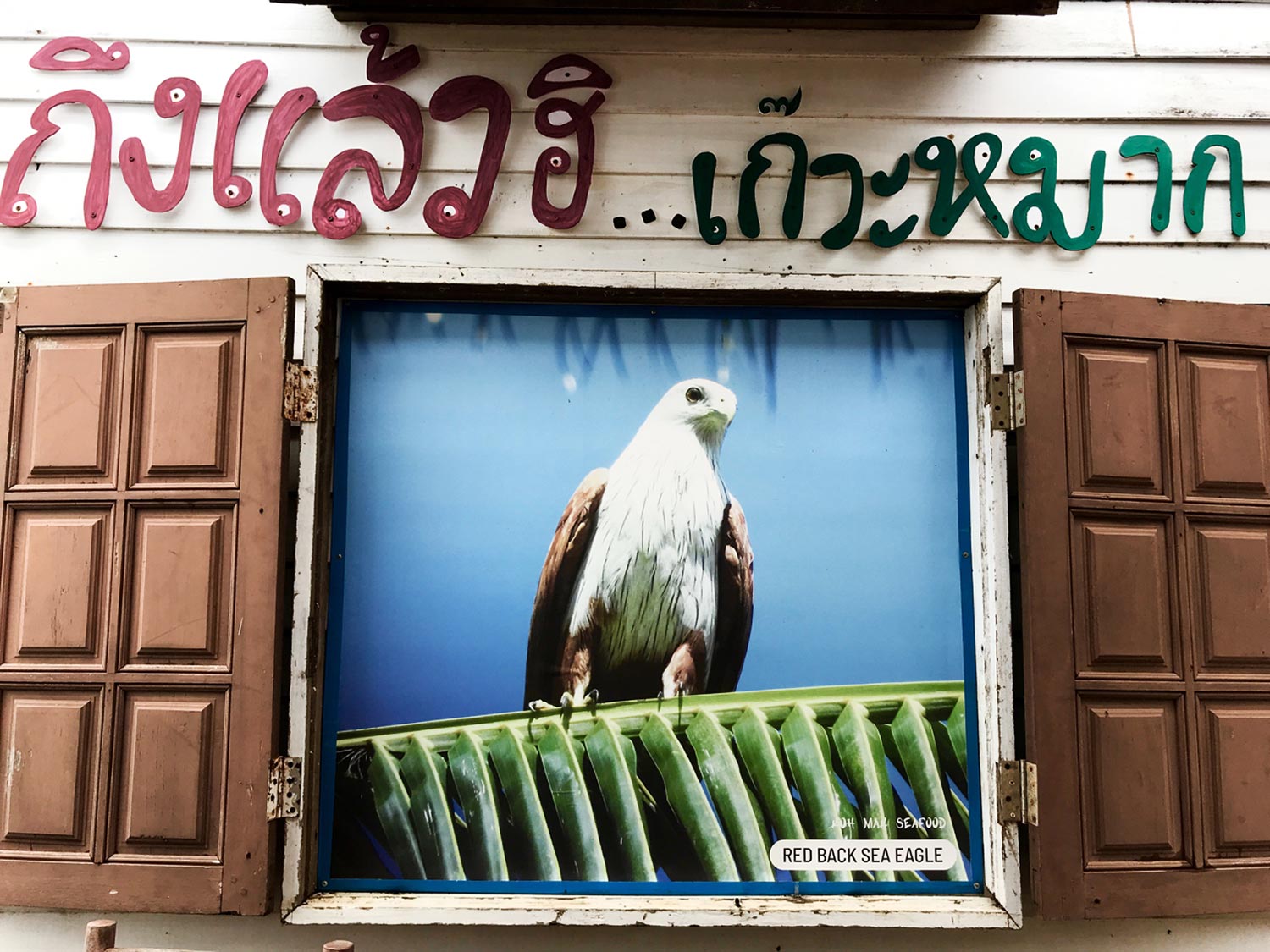 Koh Mak Museum is temporarily closed due to safety issues. It was founded in 2008 by Tanin Suddhidhanakool, the owner of Koh Mak Seafood restaurant and a descendant of one of the five old families of the island. The two-storey wooden house was his father’s home, which was built 90 years ago. You can stop by the museum to take pictures with the two prominent selfie spots of the island. 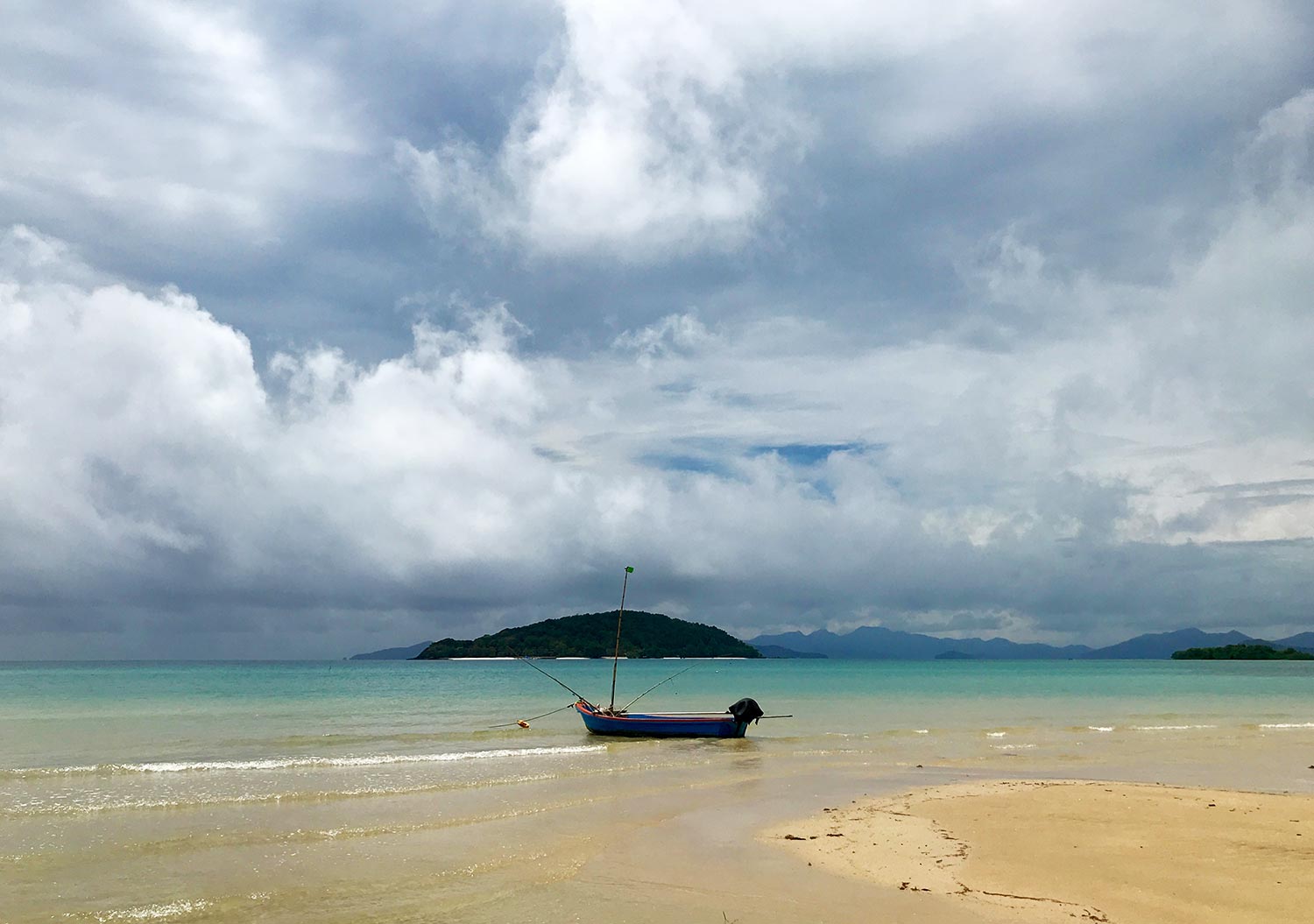 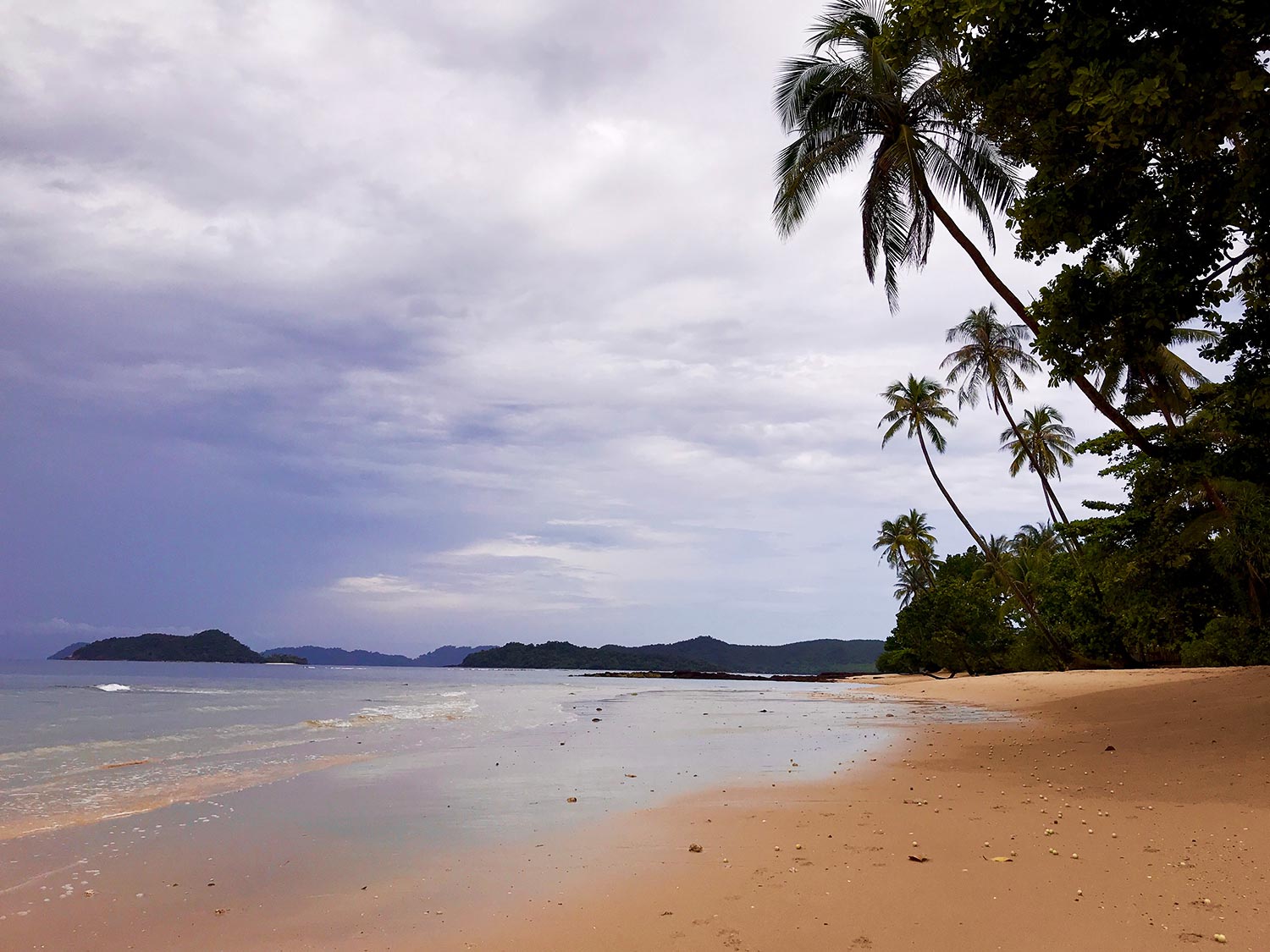 Long beaches are seen during low tide at Ao Khao, right, and Ao Son Yai, inset. During weekdays in the low season, you may have beaches to yourself as tourists tend to visit Koh Mak during weekends.

I chose to visit during the rainy season so that there are not too many other visitors on the beaches. I was also the only guest of the property. For those who want to avoid crowded places like the neighbouring island of Koh Chang, the island of Koh Mak is a great option where you can do nothing but rest and unwind.

The history of Koh Mak can be dated back to the period of King Rama V. The island was a coconut plantation belonging to Chao Sua Seng, a Chinese affairs officer. The island was bought by Luang Prompakdi, or Plian Taveteekul, about 120 years ago. The wealthy man had decided to move his family from Koh Po in Prachan Khiri Khet province of Siam after the island was colonised by the French and later became part of Koh Kong in Cambodia.

After some time, the family had their relatives join and the island still remains owned mostly by these five families today. The idea to open the island for tourism started around 1985 when a group of European backpackers who were on Koh Chang paddled a boat to explore its vicinities and stopped at Koh Mak.

It was at this time that Jakrapad Taveteekul, the great-grandson of Luang Prompakdi, saw an opportunity. He developed part of his 300 rai coconut plantation to be Koh Mak Resort and built ten simple huts with thatched roofs to welcome tourists. It was the first resort on Koh Mak before becoming one of the prominent resorts on the island today.

Koh Mak is also known as a low-carbon-footprint destination. About 40 resorts and 20 restaurants on the island joined hands to draft the Koh Mak Charter years ago. According to the charter, all the involved parties agreed to promote environmentally friendly activities such as kayaking and cycling as well as ban styrofoam food containers. They also resolved to reduce the use of plastic products like straws, bags and bottles of drinking water. In fact, some resorts even grow their own vegetables, herbs or fruits without using hazardous chemicals and have made use of solar energy to power lightbulbs.

I spent two nights on the island. My resort had a motorcycle available for me to rent. Locals also commute by motorcycles and when they park their bikes, they leave their keys in the ignition, a practice they are accustomed to mainly because they live in a community where everyone knows everyone.

Koh Mak is a small island. It covers a total area of about 9,500 rai and the circumference of the island is about 27km. The two-lane concrete road on the island is in good condition. I could ride my bike up and downhill without worrying about potholes. From time to time, songthaew pick-up trucks, the main mode of public transportation, passed me by.

I returned to my resort in the evening after the heavy rain stopped. The sky was still grey until nightfall. When darkness fell, fishing boats sailed out with their red and green lights floating in the sea. Outside my bungalow, I saw little yellow flashing lights. When I came out of my room to the porch, I saw fireflies dancing along with an insect chorus. Perhaps they came to say good night. 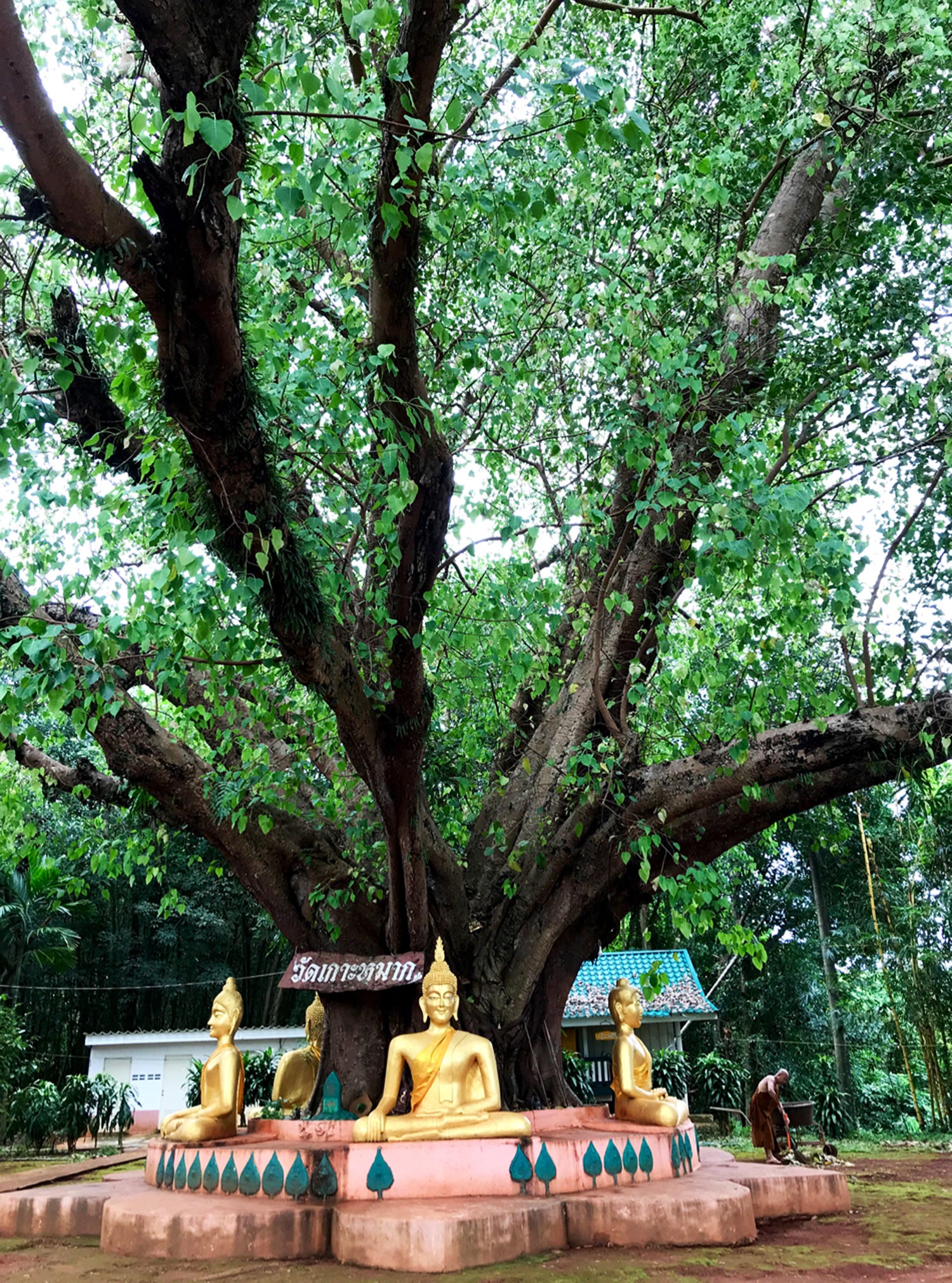 Seated Buddha sculptures are housed in Wat Koh Mak, located not too far from Ao Nid pier. The temple was built in 1947 and serves as the centre of Buddhist activities for locals. 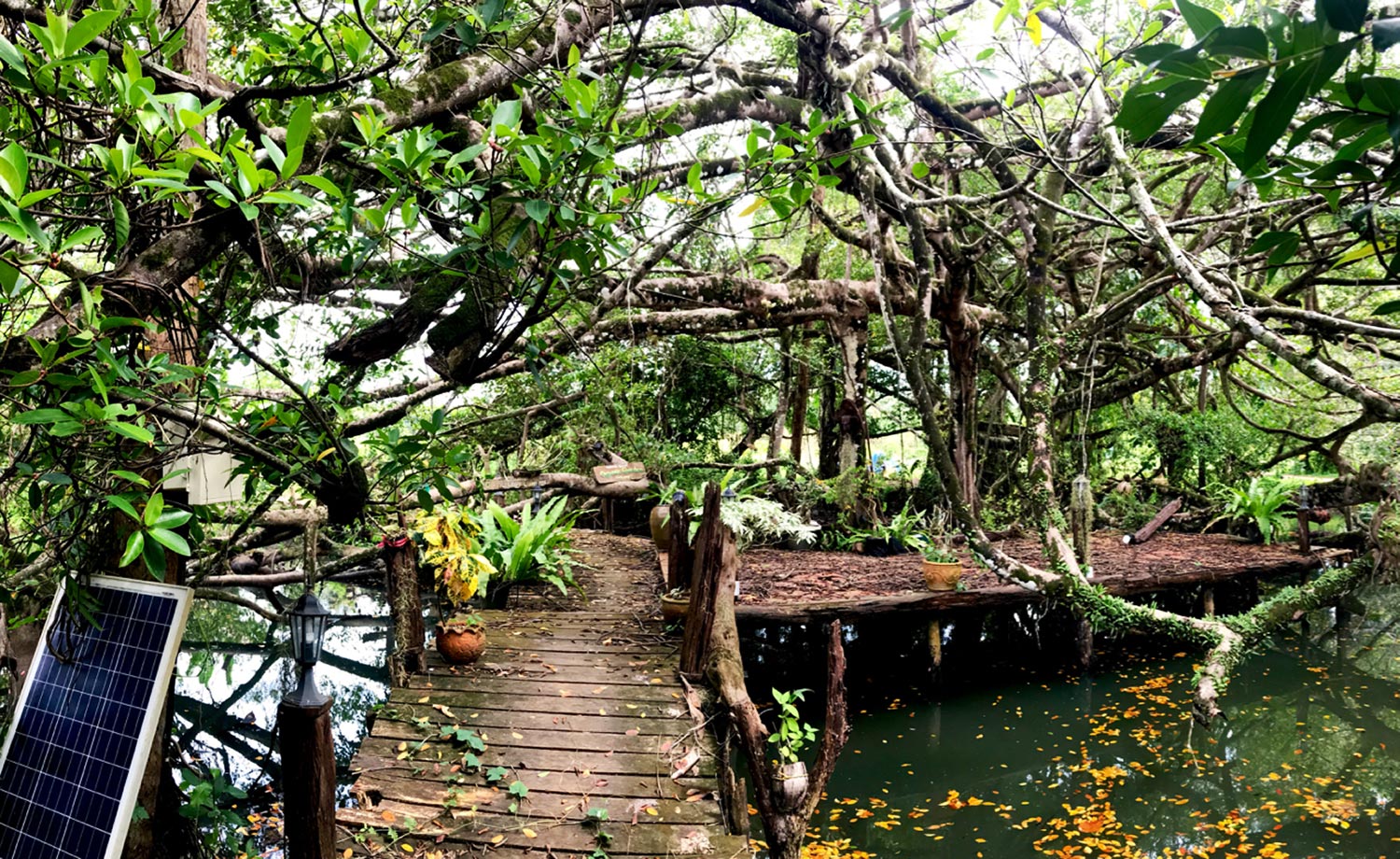 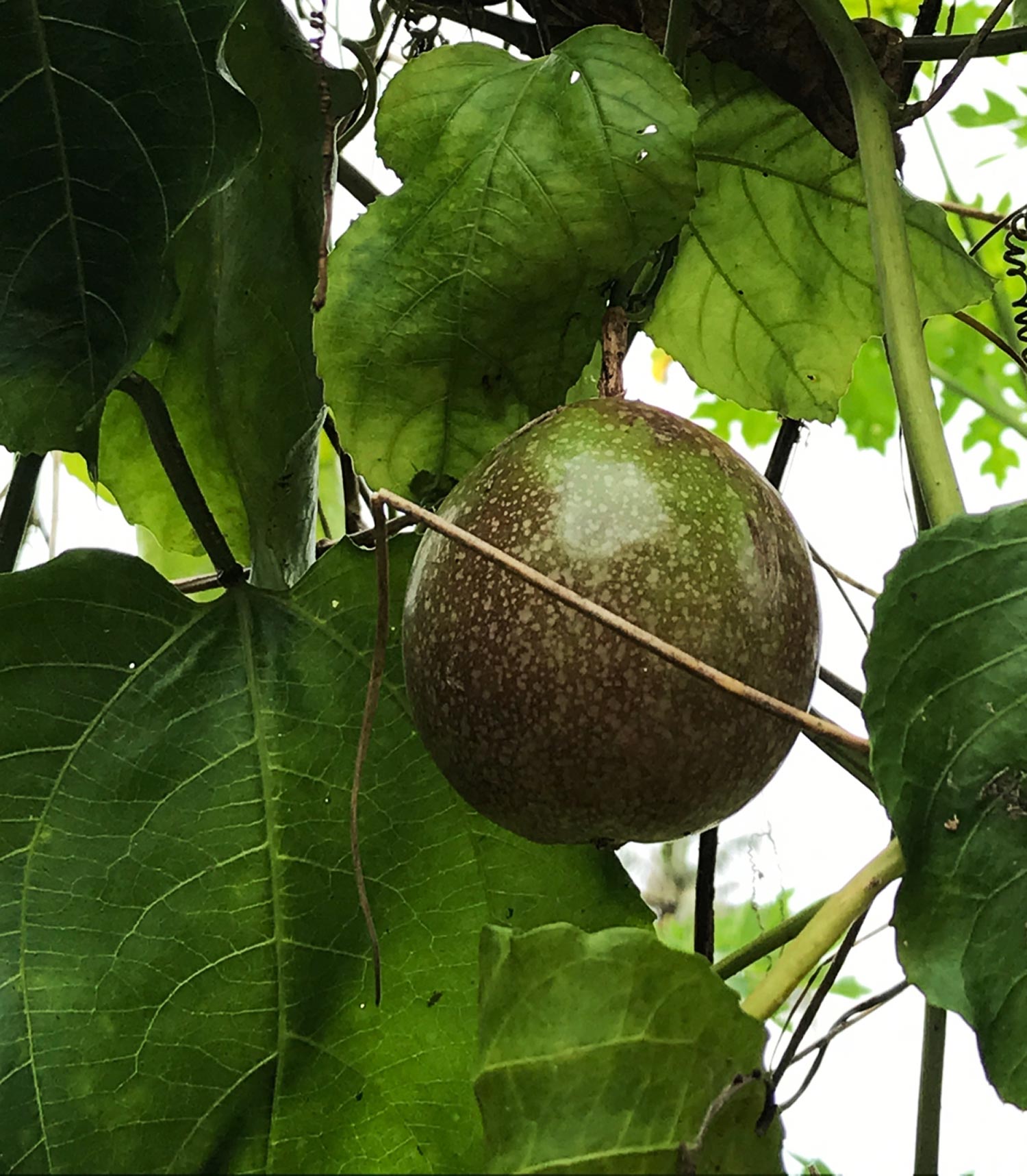 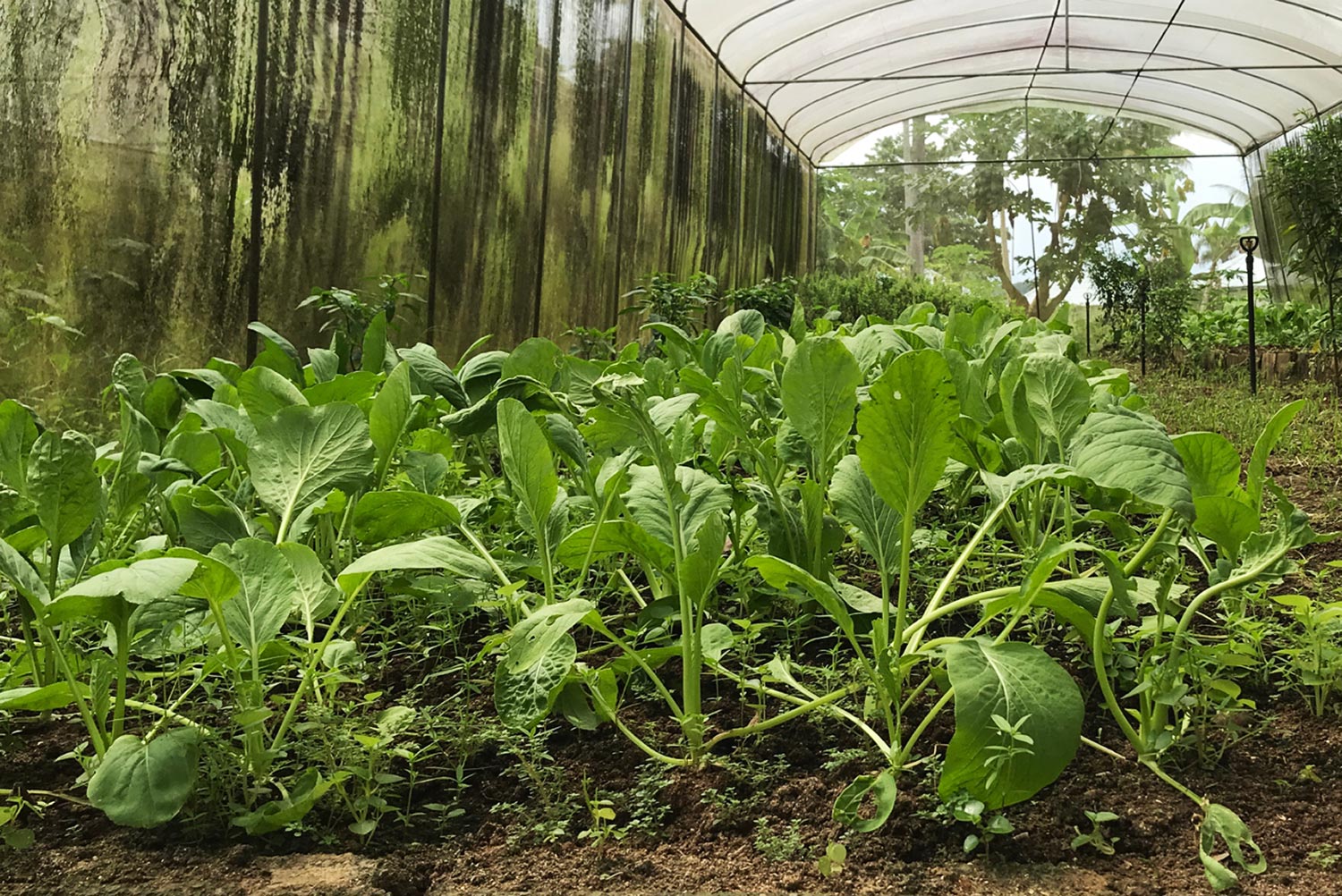 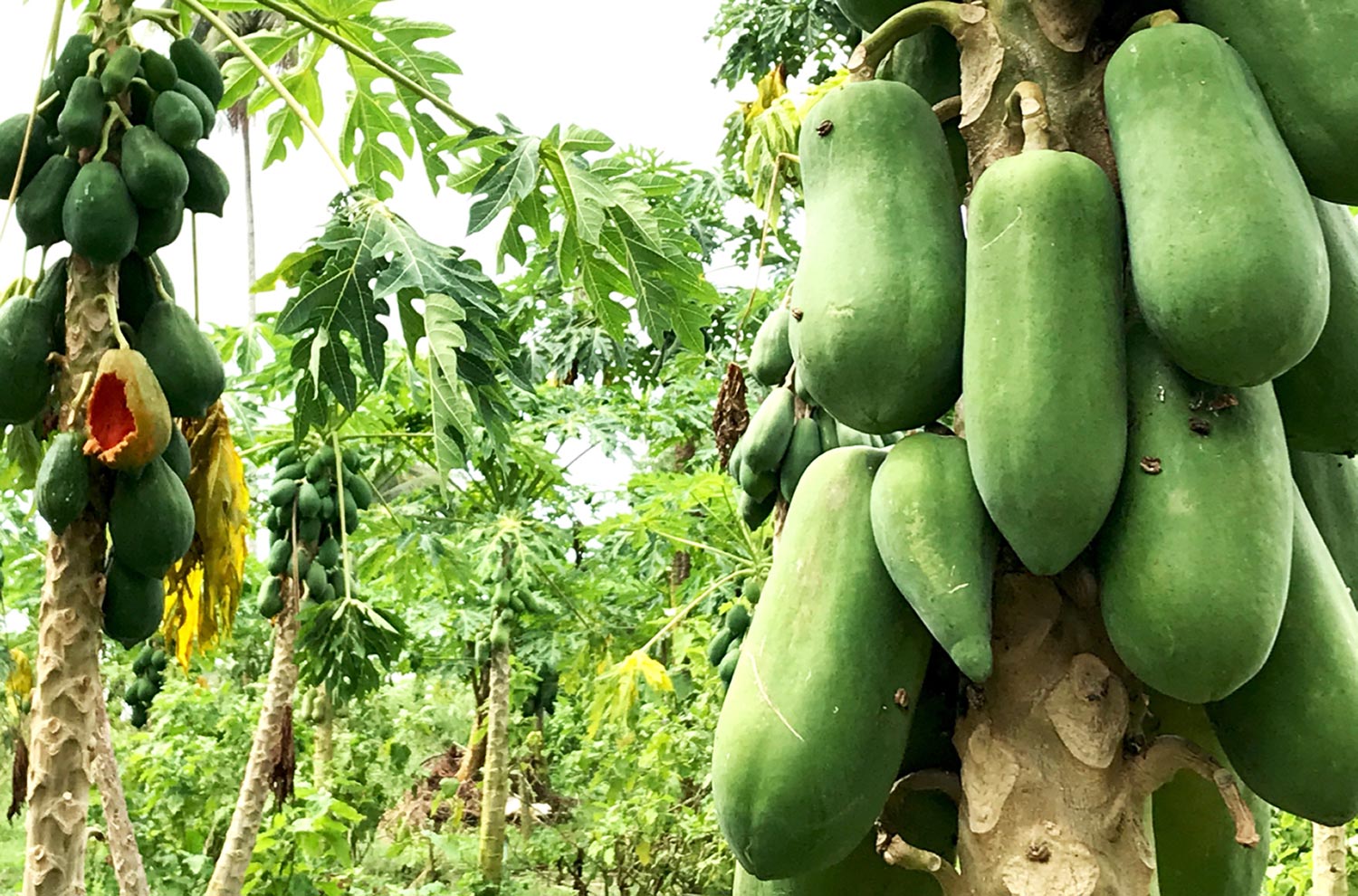 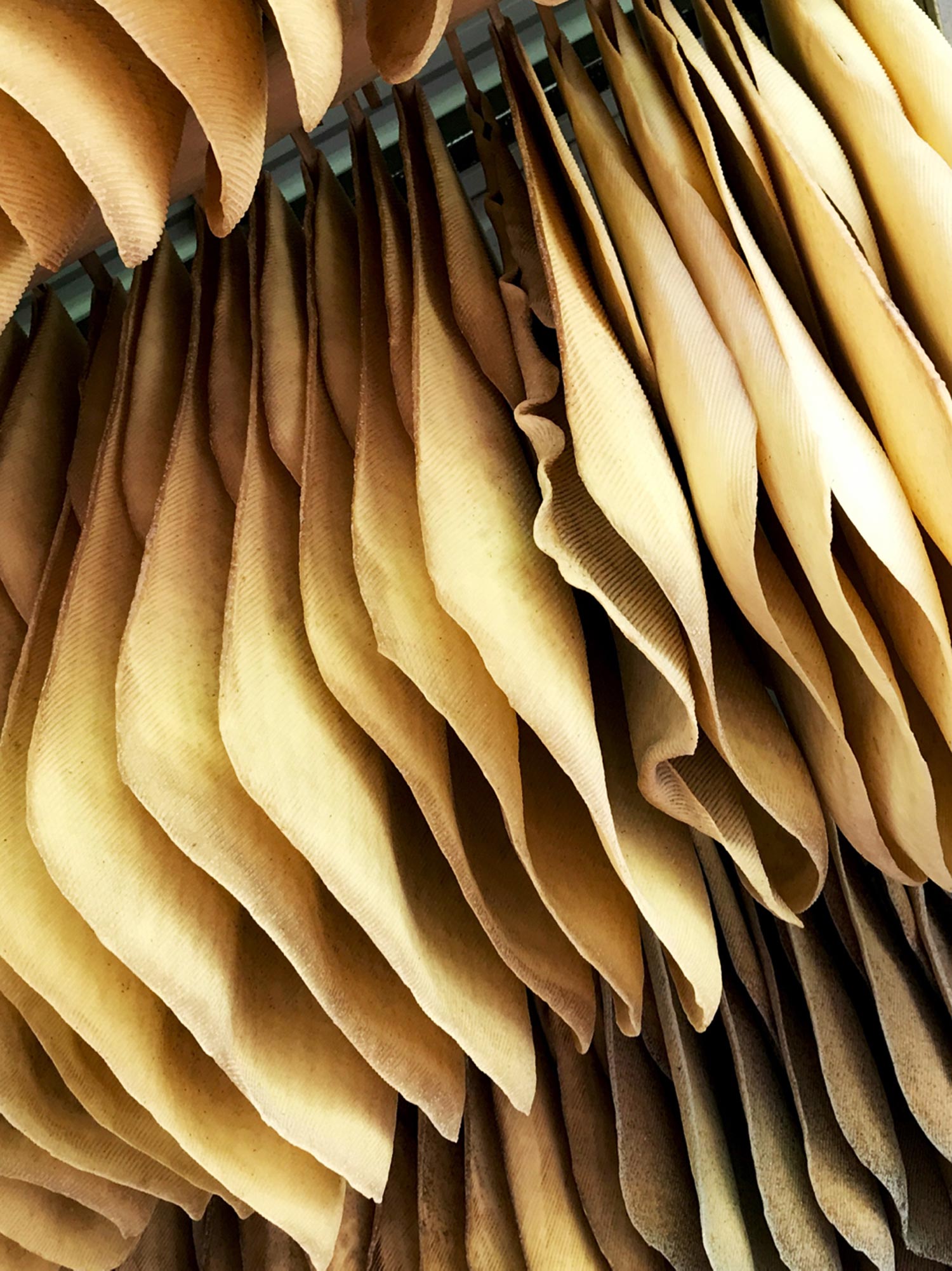 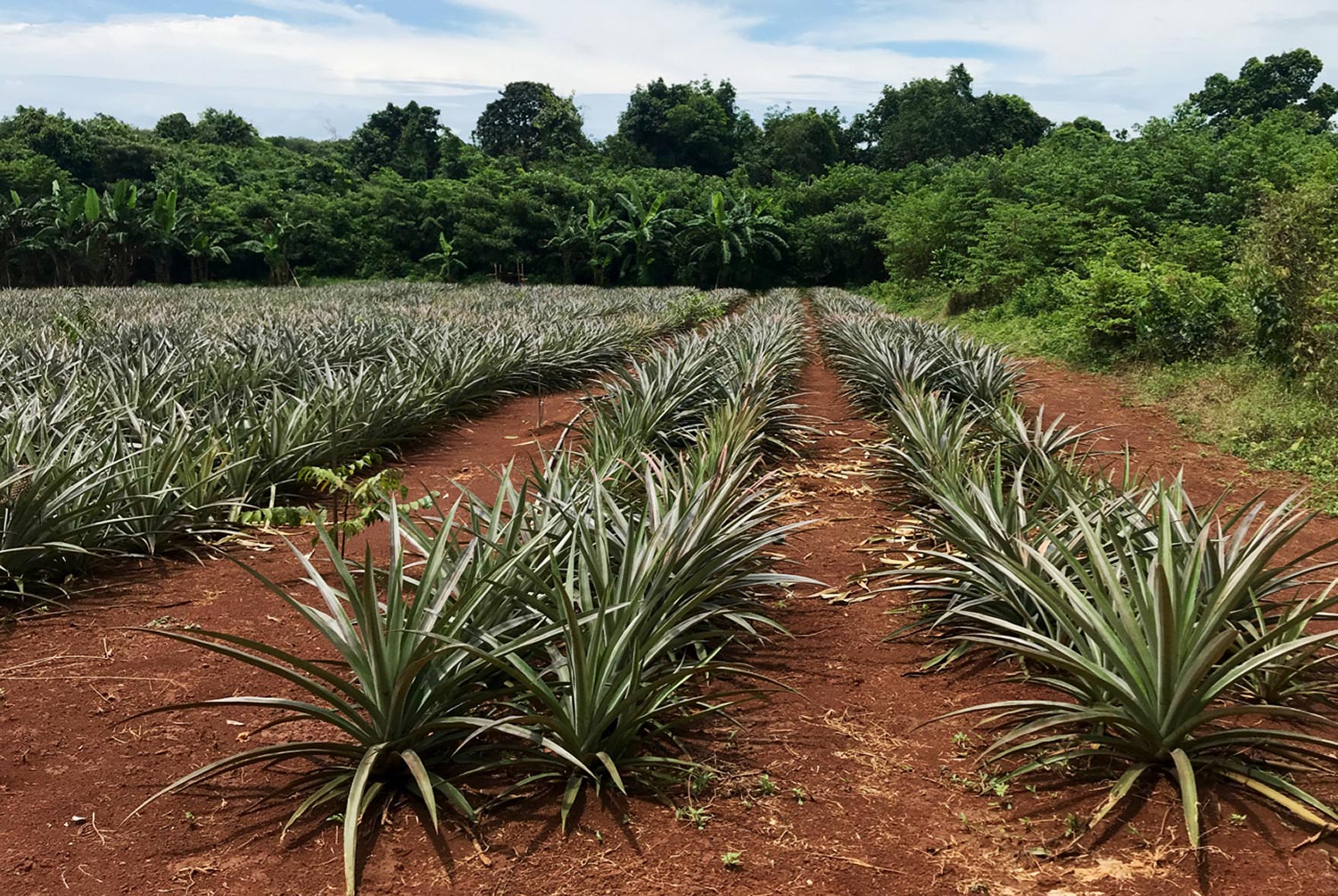 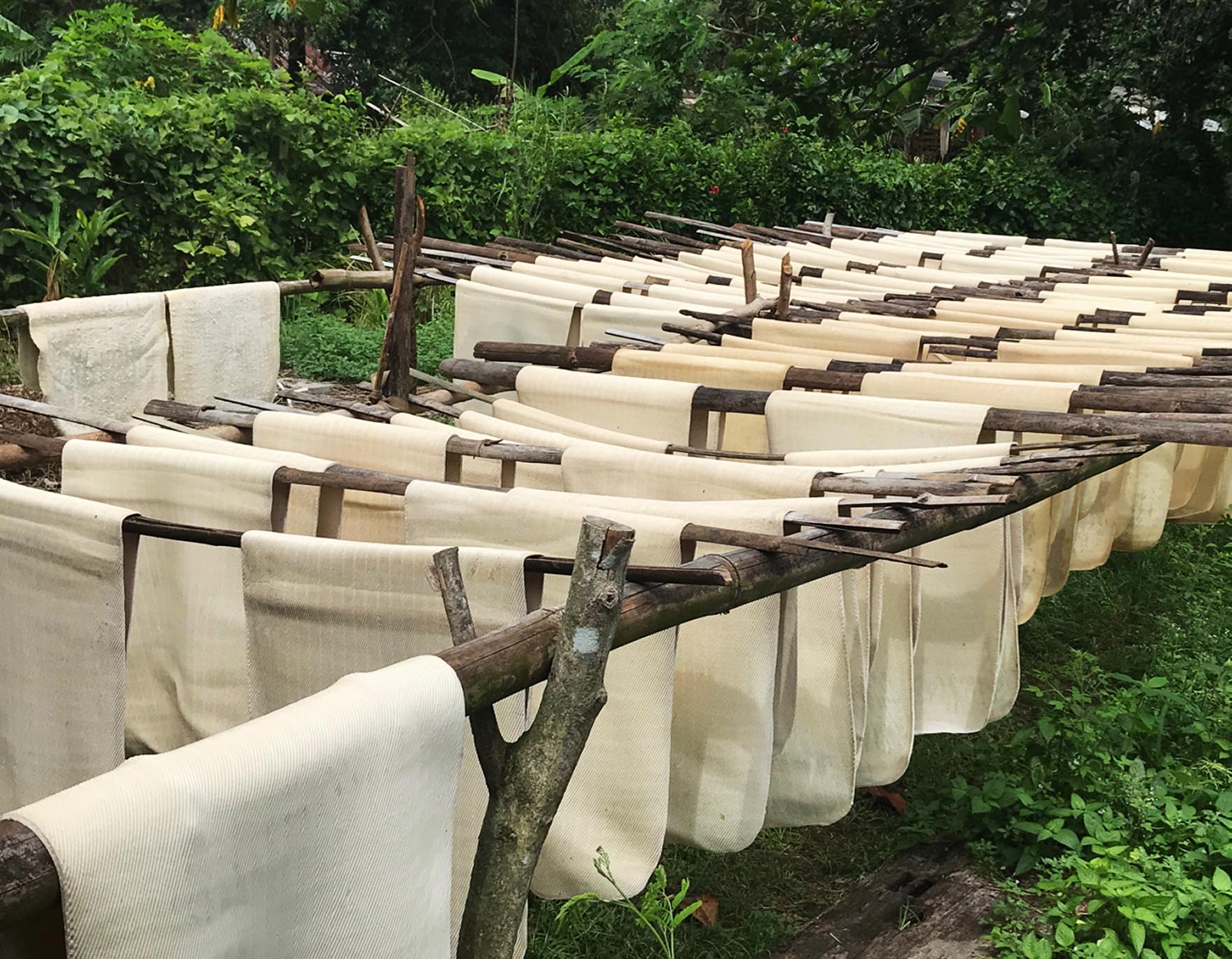 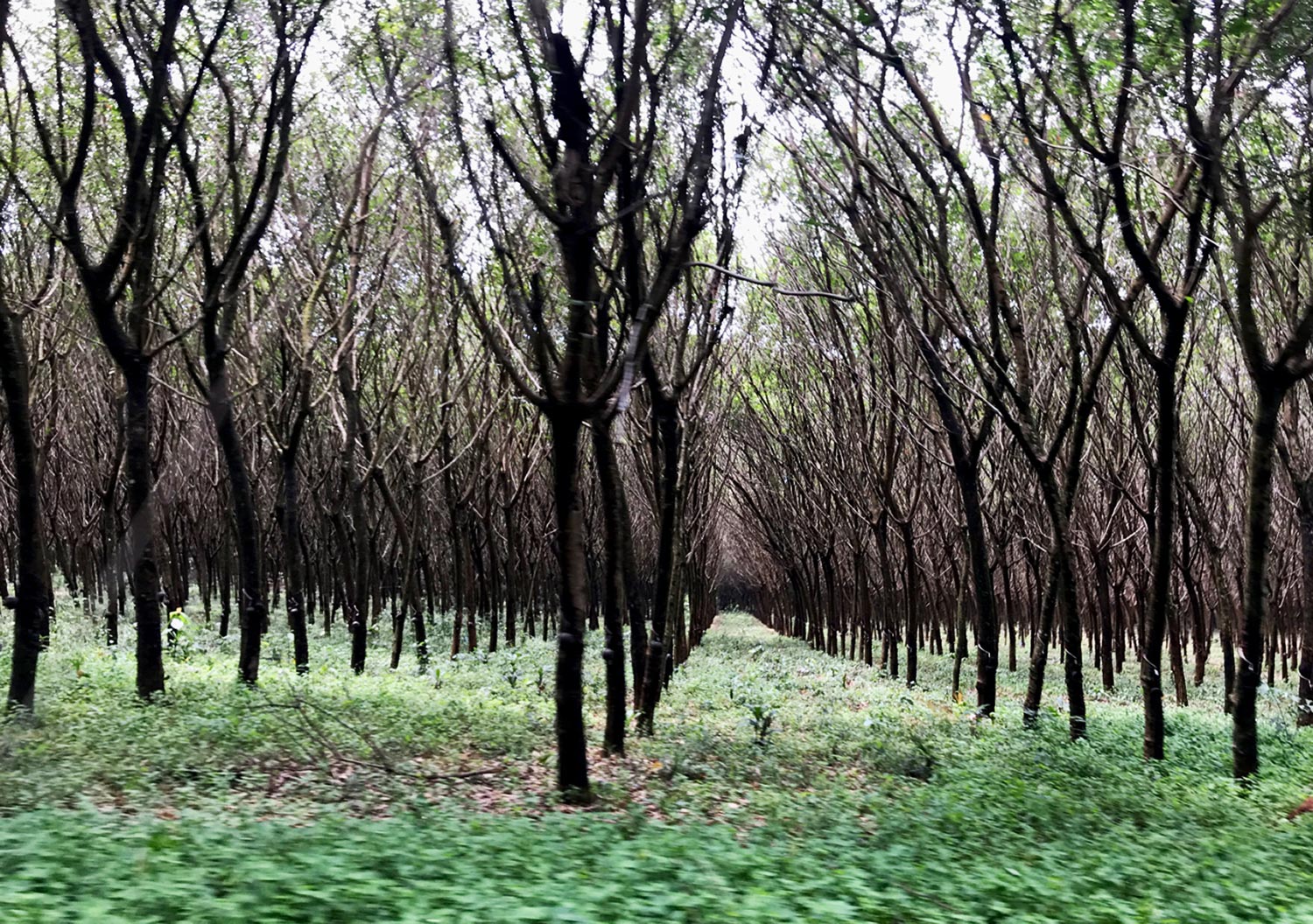 Koh Mak is home to two communities including Ban Ao Nid and Ban Laem Son. Most resorts are located along beaches from the northwest to the south of the island. Koh Mak is also home to fishermen and farmers who grow pineapples, coconut trees and manage rubber plantations. 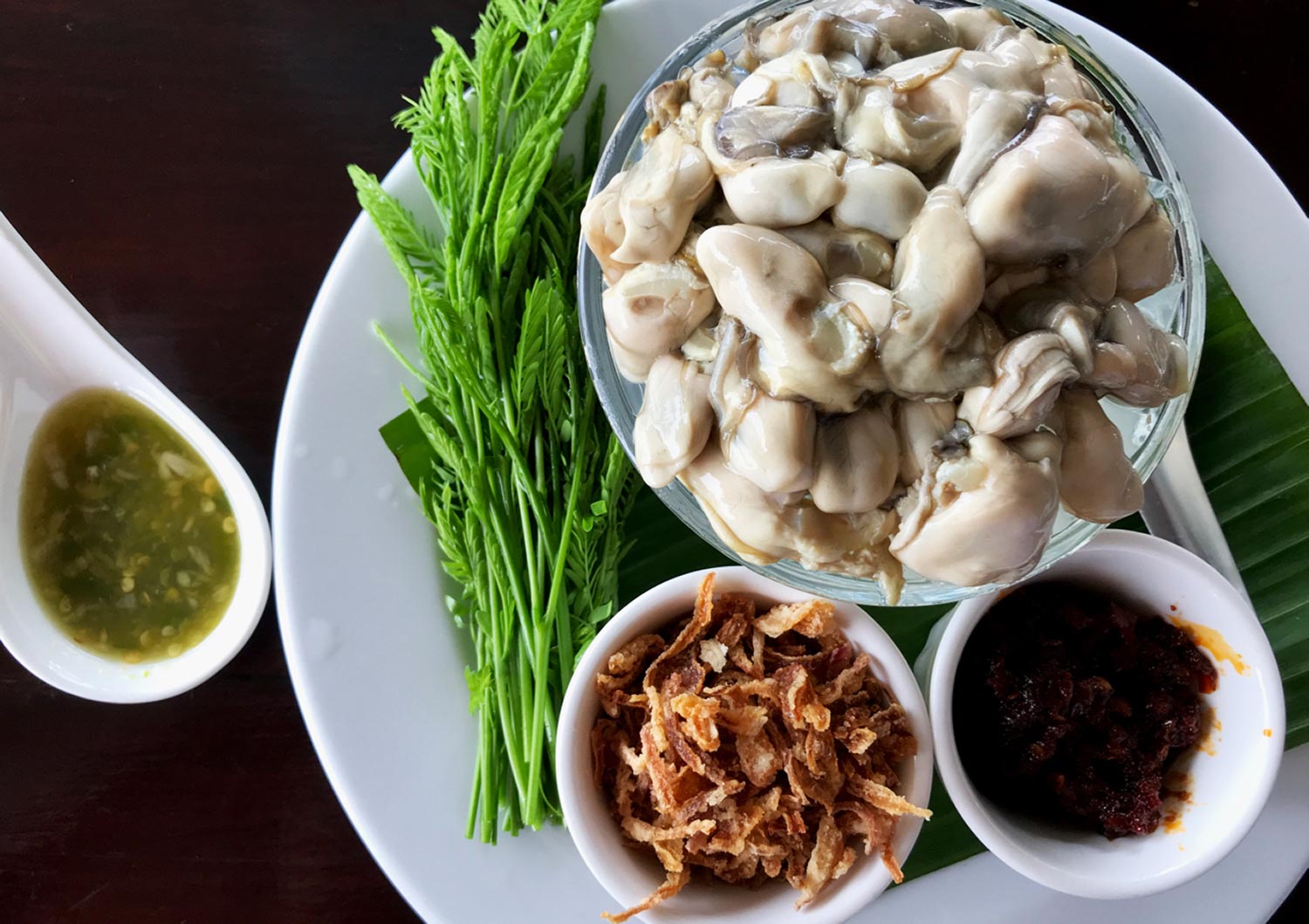 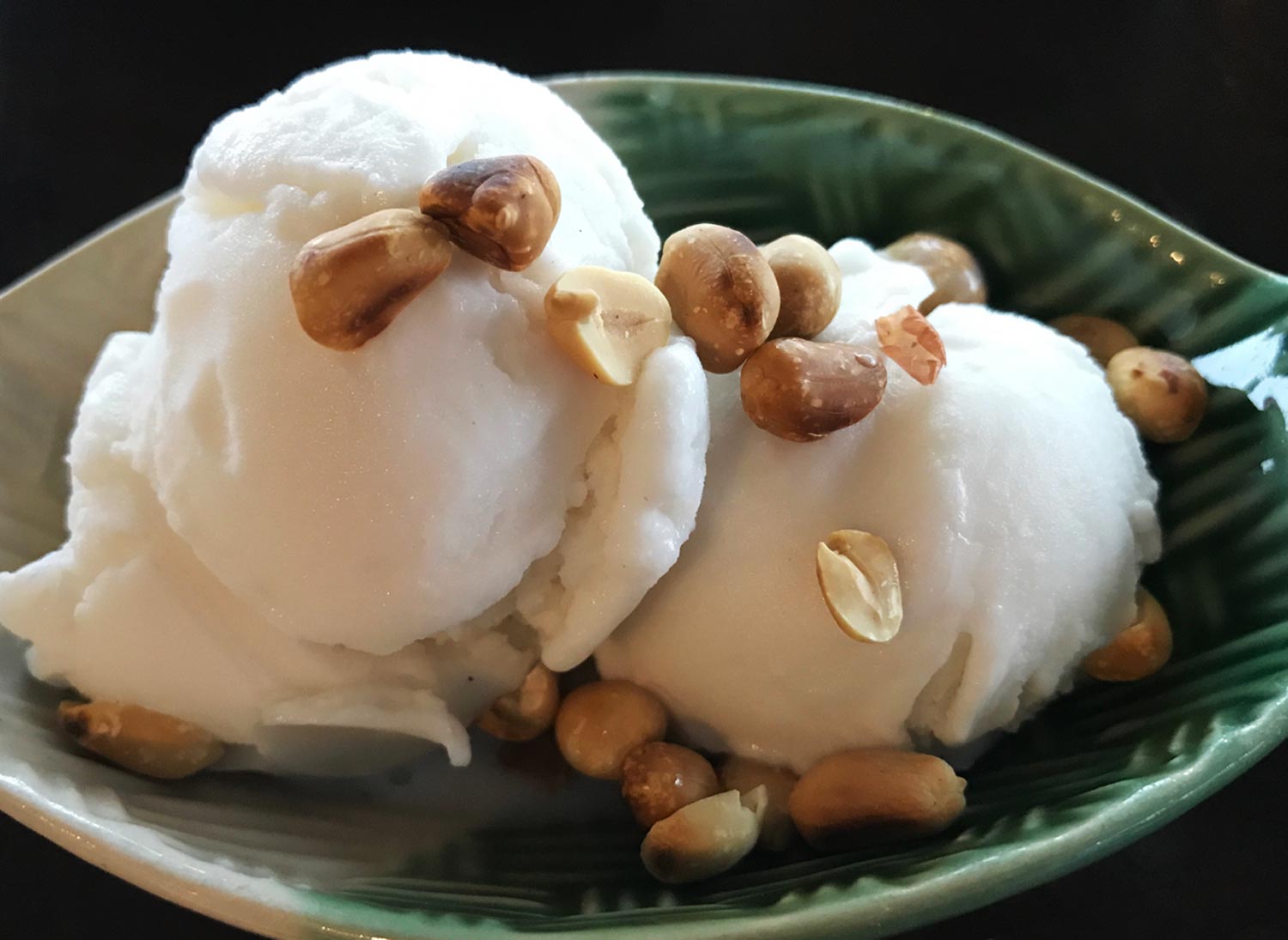 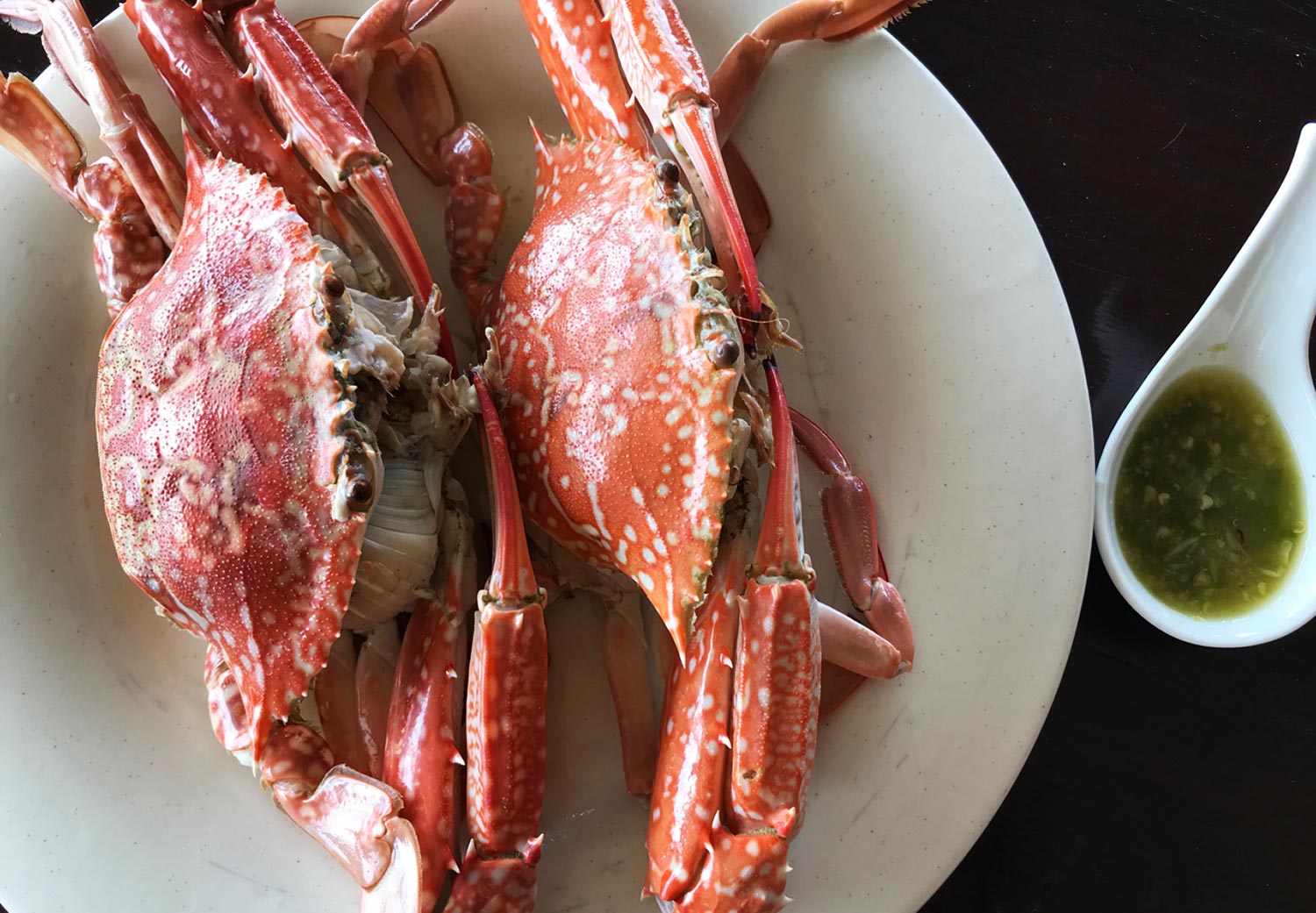 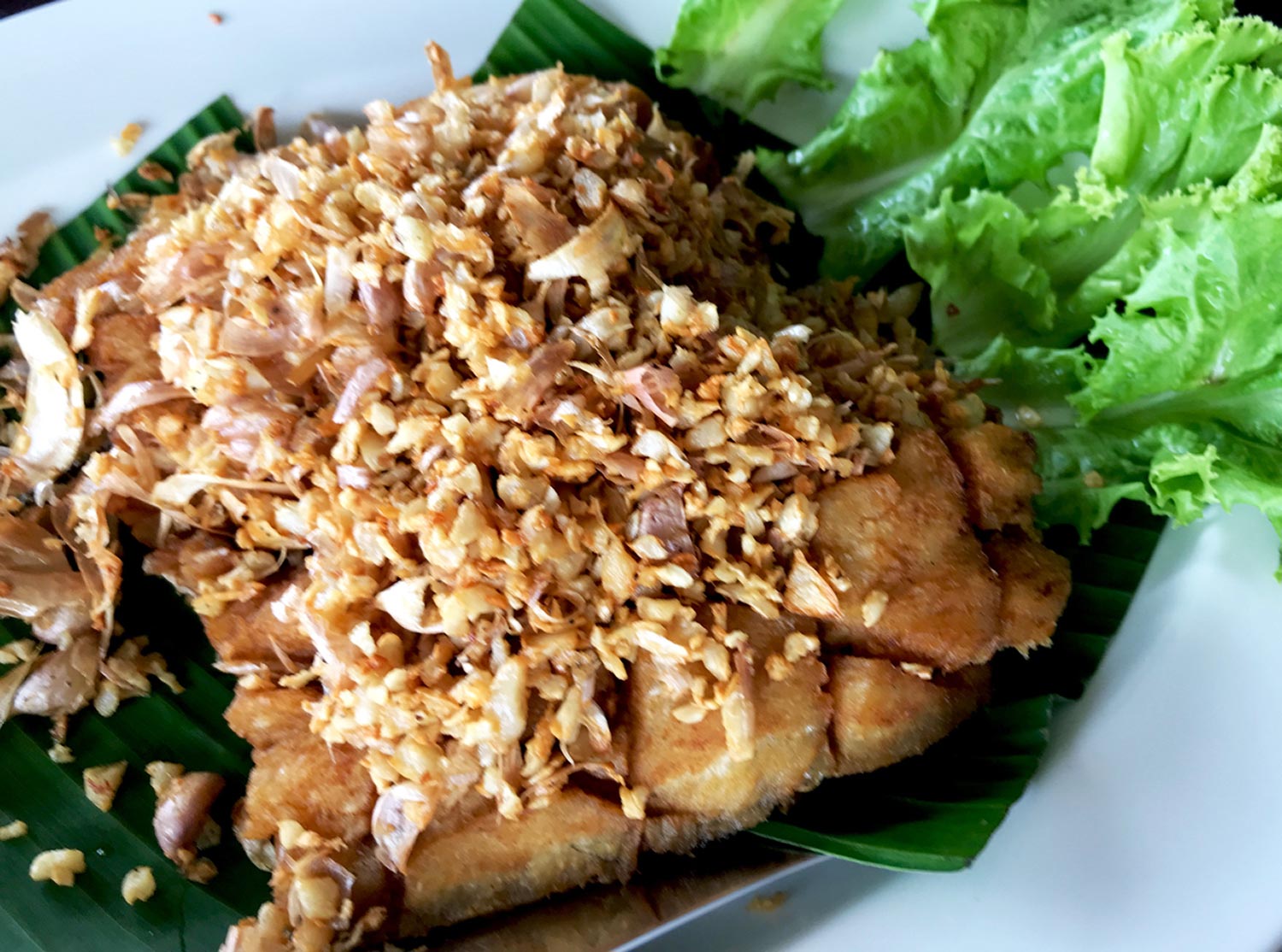 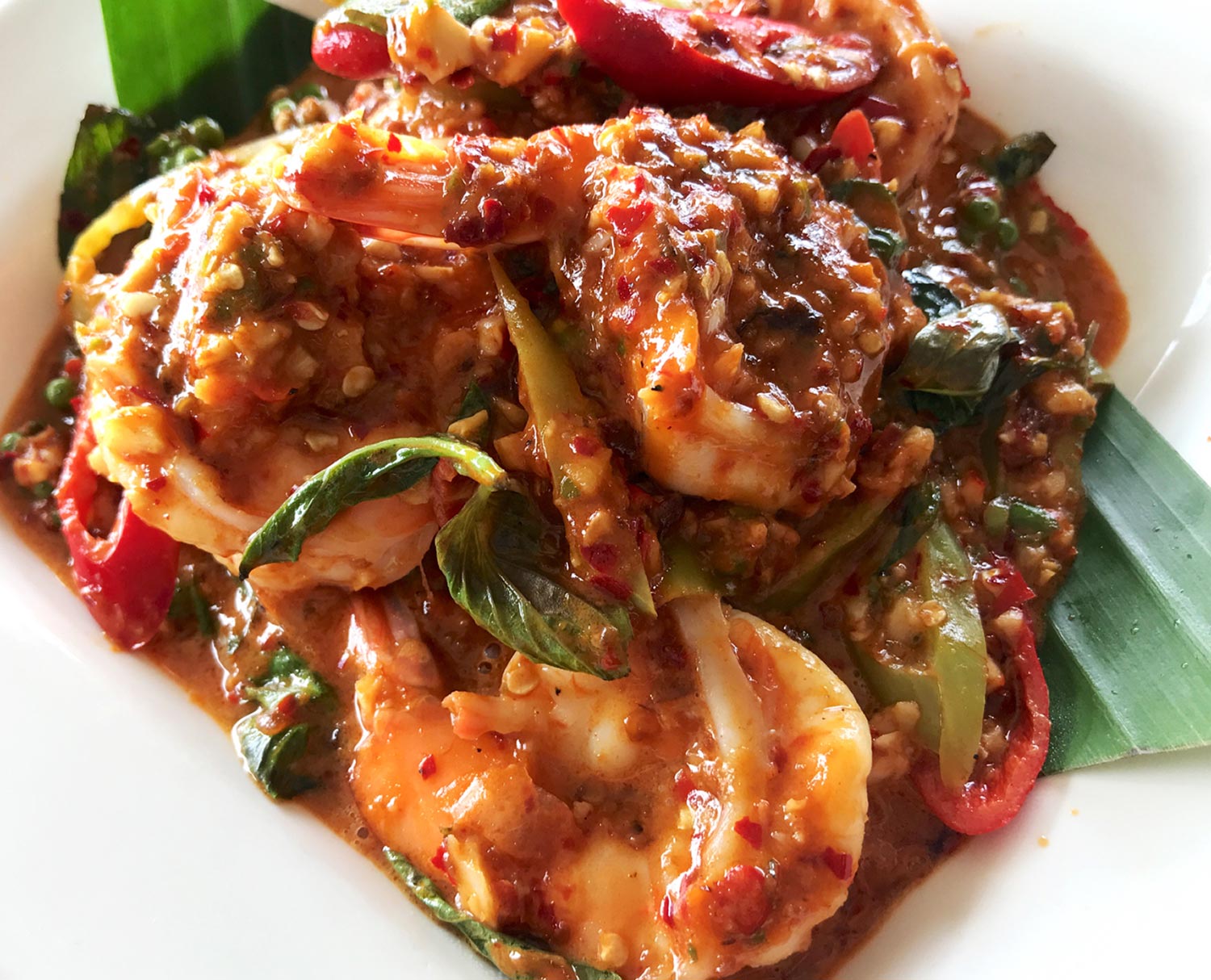 Seafood on the island is fresh as resorts and restaurants support local fishermen by buying their daily catch. Information about the catch is also shared in a Line group to guarantee fresh delivery. I liked the Koh Mak Seafood restaurant due to its delicious food, location as well as service by staff. The restaurant used to be a guest house almost 50 years ago before being converted to the restaurant in 2003. The restaurant also has an oyster farm, so its raw oysters are truly fresh. 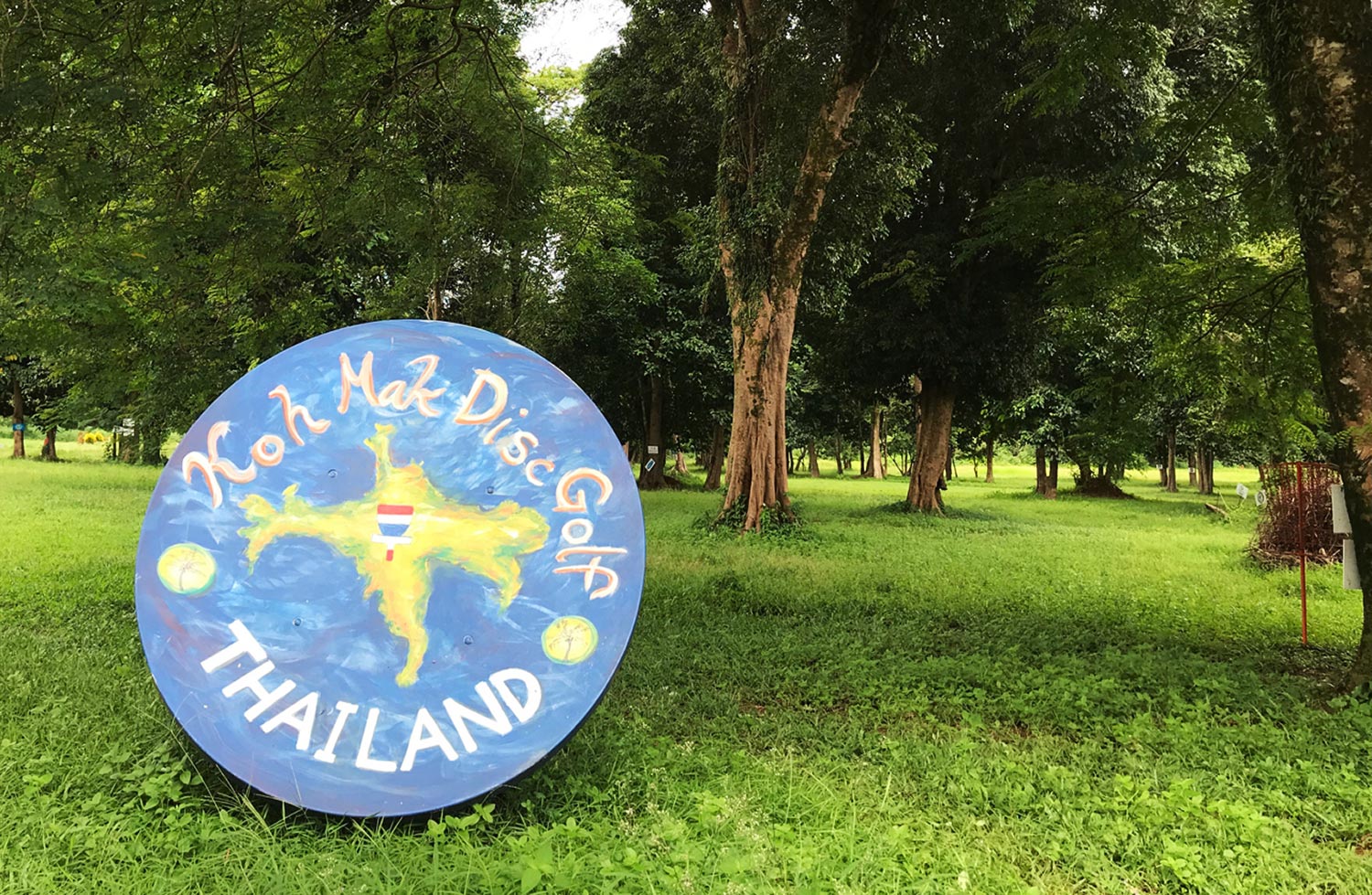 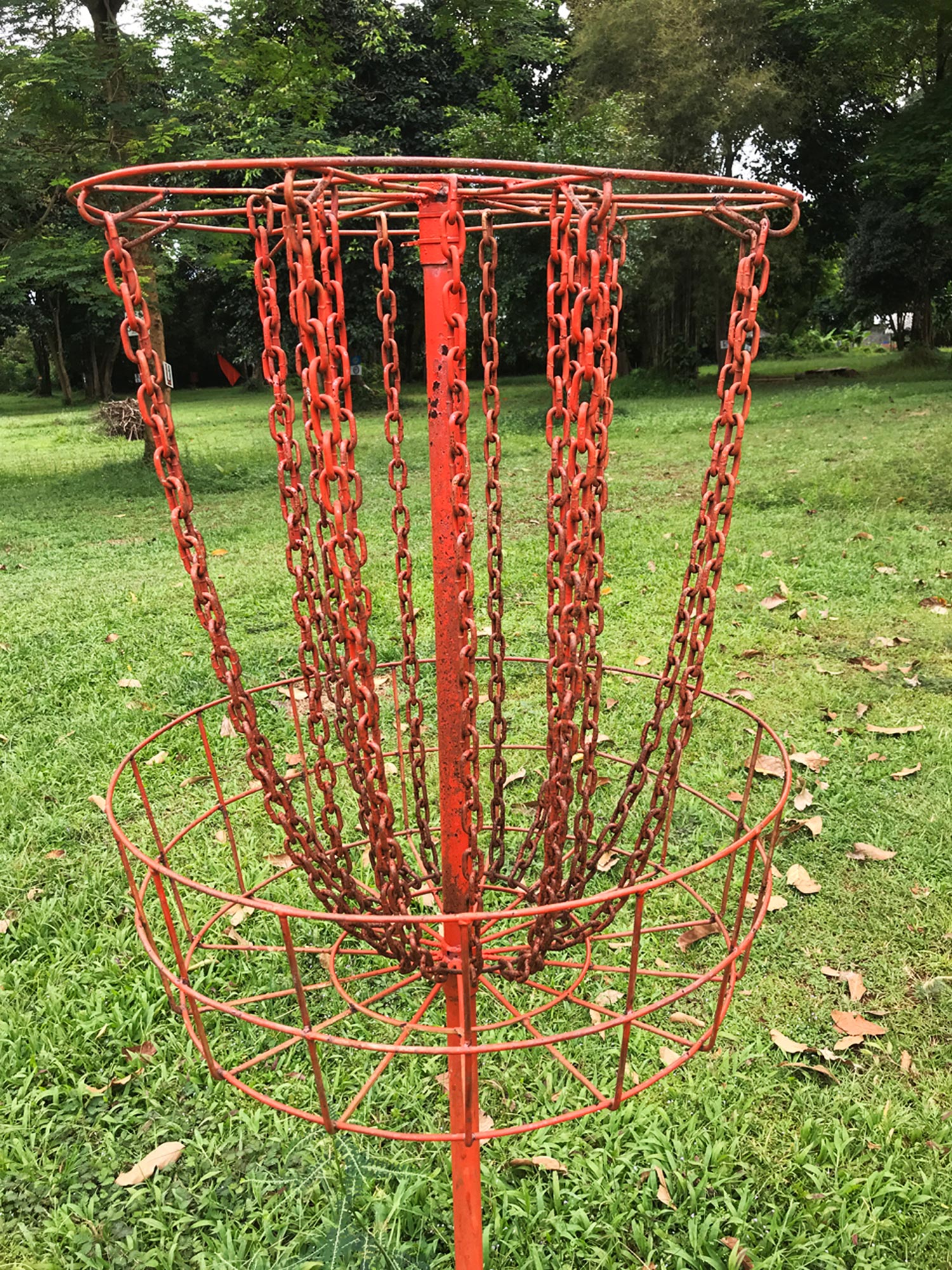 A disc golf course is also available close to Holiday Beach Resort. The sport is played by throwing discs from a starting point to an elevated metal basket. If a player can’t make a hole-in-one, he or she must throw the golf disc from the spot where the disc lands, like in golf. The course will host a tournament from Oct 24-25. Visit facebook.com/kohmakdiscgolf or call 086-751-7668 for booking the service. 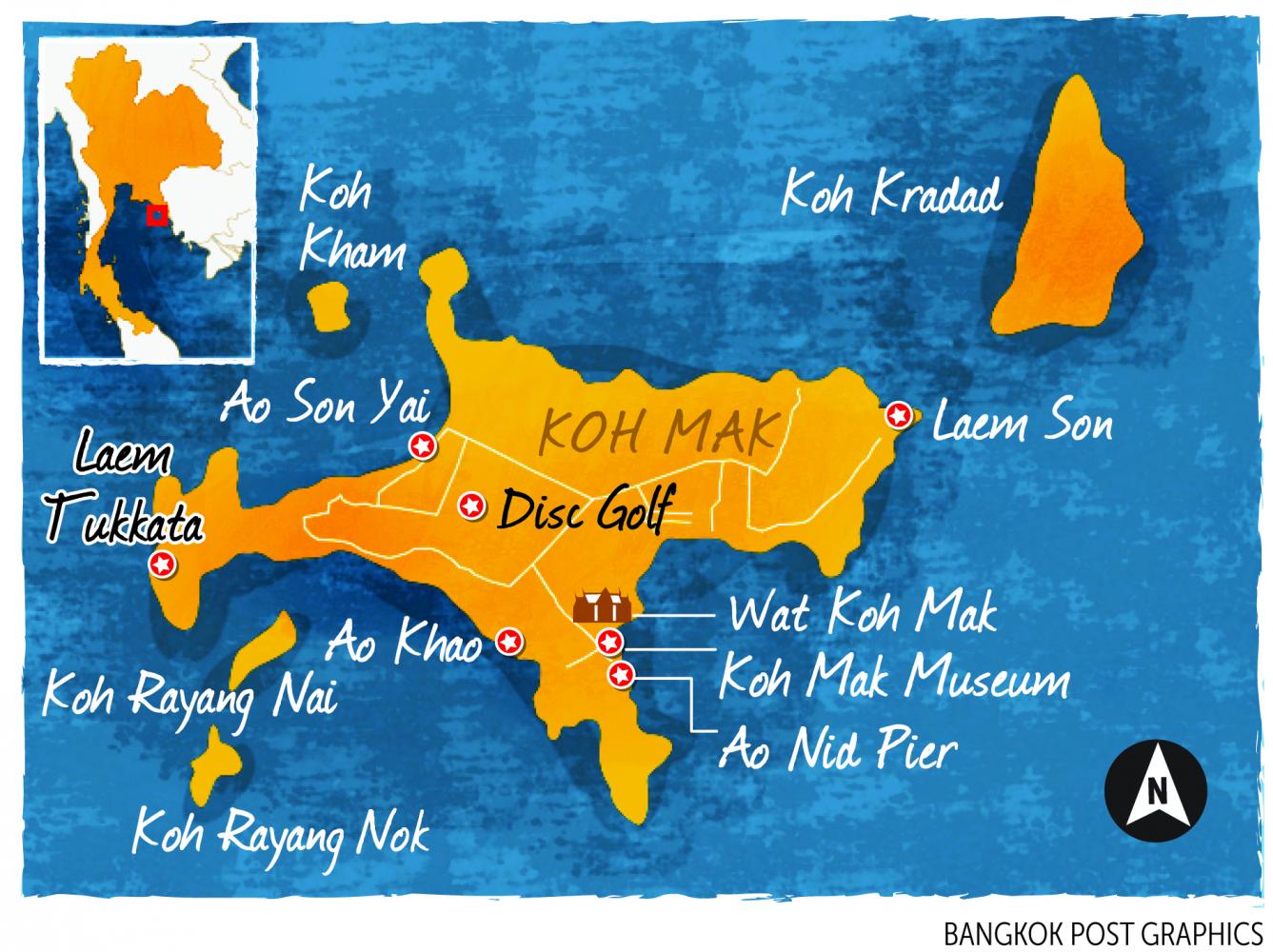