During the cold season, the mountains of Phu Lom Lo in Phu Hin Rong Kla National Park in Loei turn pink due to the blossoming of wild Himalayan cherry trees known in Thai as phaya suea khrong.

Phu Lom Lo was once a mountainous grassland without a single tree. However, in 2008, Phu Hin Rong Kla National Park chief Mano Manoonsaran initiated a project to reforest the area. The chief chose to grow wild Himalayan cherry trees like he once did in Chiang Mai. In 2009, Hmong villagers, who were cabbage farmers, were hired to plant and take care of 300,000 seedlings of wild Himalayan cherry in a 1,200 rai area of Phu Lom Lo.

Within three years, the trees started to bloom making the entire mountain pink. It was a natural beauty that no one had ever seen before and soon the villagers in Ban Rong Kla and Ban Kok Sathon wanted to promote the phenomenon as an ecotourism destination.

For about two years, the villagers worked with academic research teams from Pibulsongkram Rajabhat University and later from Naresuan University with the financial support of the Thailand Science Research and Innovation, formerly known as Thailand Research Fund.

In 2014, the villages started to promote the phenomenon at Phu Lom Lo and it did not take long before word spread that Phu Lom Lo is the largest wild Himalayan cherry plantation in Thailand. Some Thais call the pink flower sakura or Japanese cherry blossom, although it is a different species.

The blossoming of phaya suea khrong normally takes place from mid-January to mid-February but this year the bloom has already begun and the villages are hoping it lasts until Valentine's Day.

Phu Lom Lo can be reached via Ban Rong Kla in Phitsanulok and Ban Kok Sathon in Loei. Both communities provide pickup trucks as a shuttle service to bring visitors to Phu Lom Lo. The tour takes a few hours. 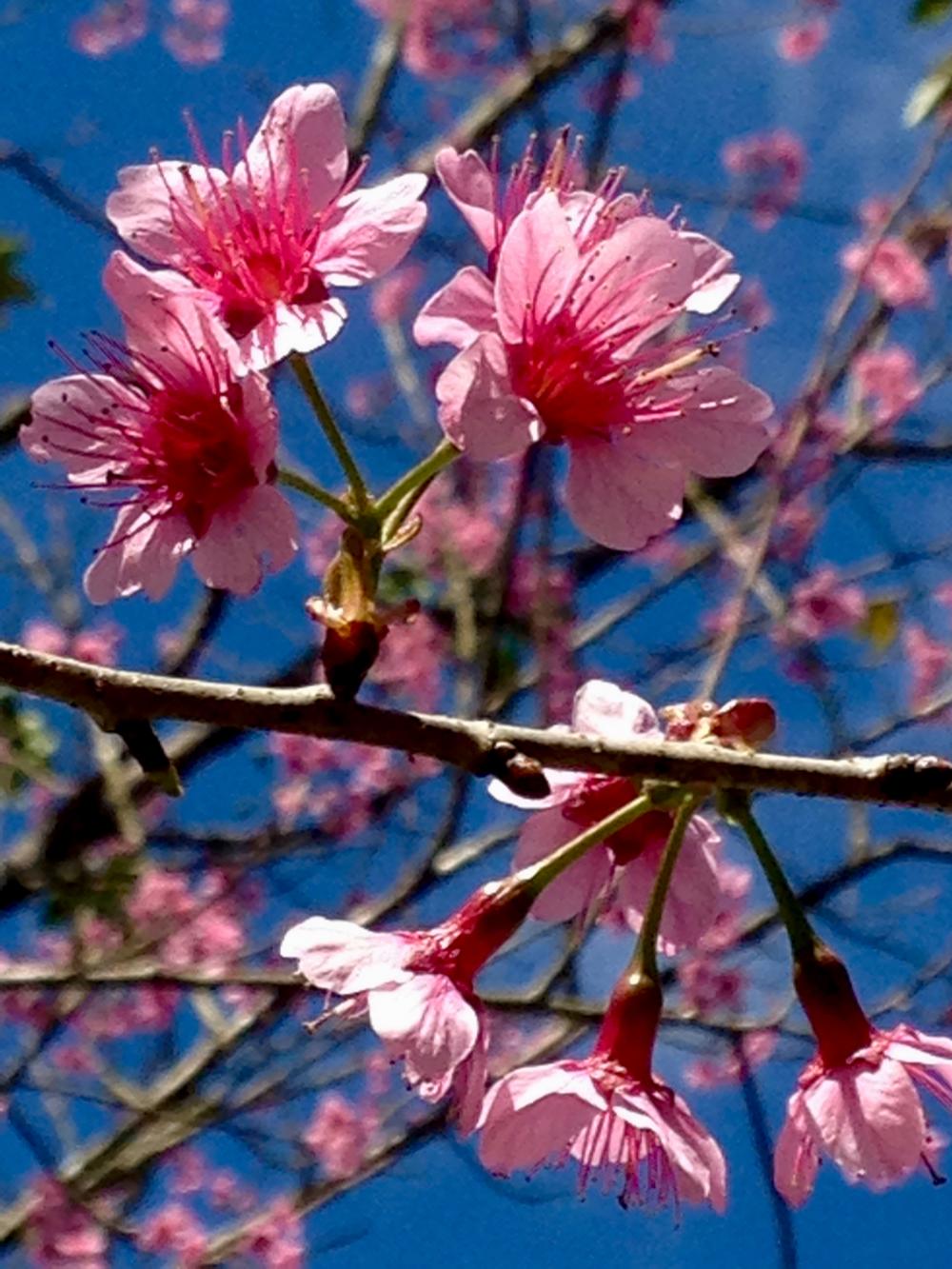 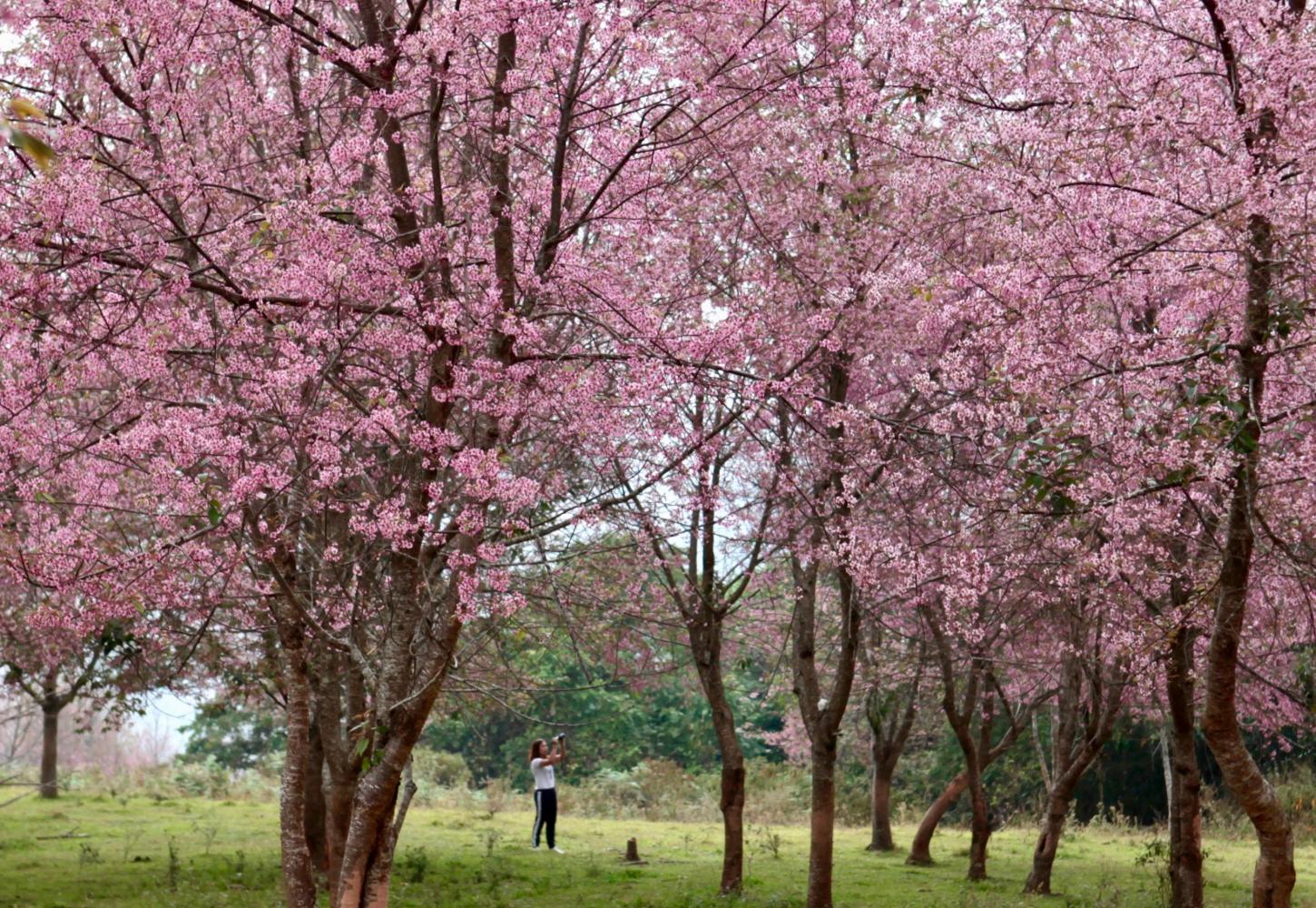