When you're smiling …
Travel

Pak Phanang is around 35km east of Nakhon Si Thammarat city, covering both sides of the final section of the town's namesake river that runs from south to north, draining into a gulf that also shares the same name. 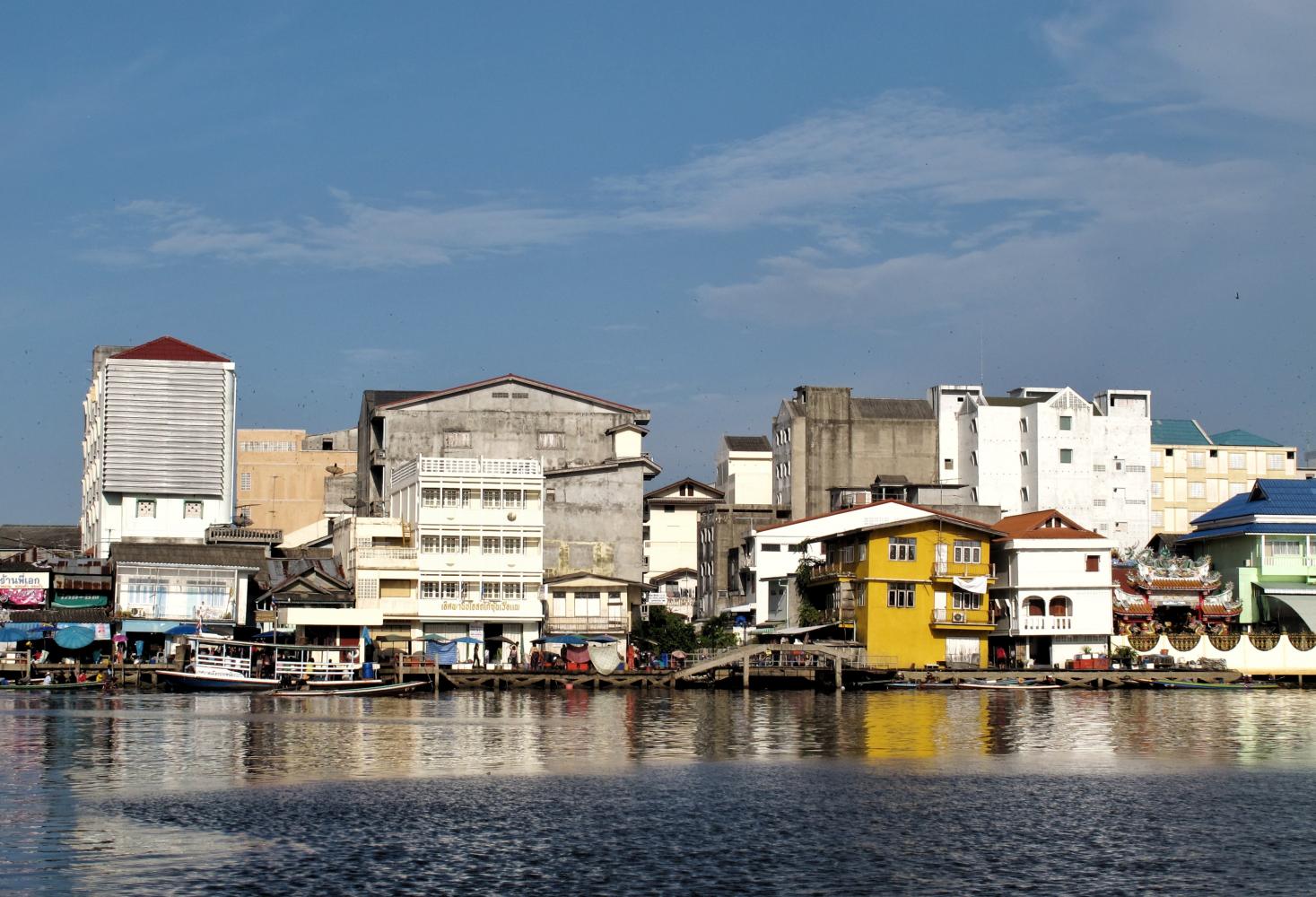 These pictures were taken during my visits to Pak Phanang quite a while ago. The town has several markets but my favourite is the century-old one called Talat Roi Pi Muang Pak Phanang, which sits on the east bank of the river. The wet market is best known for seafood. Sea bass, mullet and many other kinds of fish on sale here are very fresh, so are prawns, crabs and other shellfish. I prefer watching the locals going about their daily business than interrupting them with my camera but sometimes I just can't help it. These youngsters were waiting for one of their parents on the road-facing side of the riverfront market. They were cute and friendly. The girl in the pink T-shirt was trying to persuade the baby to look at my camera. The young one was not so co-operative but this still is one of the pictures I love most from that trip in 2012, thanks in a large part to the expression on the face of that lovely girl in the middle. I wonder how much the kids have grown by now.

The other photo was taken from the river ferry. It depicts the old market and nearby buildings some of which were constructed especially for edible-nest swiftlets to inhabit. The species' nests, as most people know, are highly-prized. The picture is not special but it represents a fraction of the scene that impressed me the first time I visited Pak Phanang in 2006 -- the town on the east side of the river bathed in the warm rays of the late afternoon sun. It's a view I wish I could just sit and feast my eyes on with a nice cup of coffee. I didn't have time to do that on the second visit, either. Maybe next time.

When travelling, it's not unusual to run into so many faces. While many might just flash by, others linger on not just in your memory but also in your memory cards. It might be a person, an animal or even a non-living thing.

If you have taken a picture of such a face with a story you wish to share, a face with the eyes looking directly at the camera signifying that the shot was made not against their will, feel free to email the photo (file size at least 2MB) and a brief text to pongpetm@banfkokpost.co.th.