At the Tropical Insect Sanctuary, you can get up close and personal with some cute cannibals and other captivating creatures

published : 25 Feb 2021 at 04:00
newspaper section: Life
writer: Pongpet Mekloy
The peacock mantis is among the top stars at the Tropical Insect Sanctuary this time of year. The one on the right is a male, the larger one is a female. The two seem to be practising social distancing. However, it’s not because of the pandemic but rather because closer than this and the male might become her meal in the blink of an eye. (Photos: Wissarut Sukhaket)

'That's a peacock mantis," said Wissarut Sukhaket as he saw me observing a dull-looking little fellow in a nursery box at the Tropical Insect Sanctuary in Nakhon Ratchasima's Pak Chong district. "Want to know why it got such a name?" 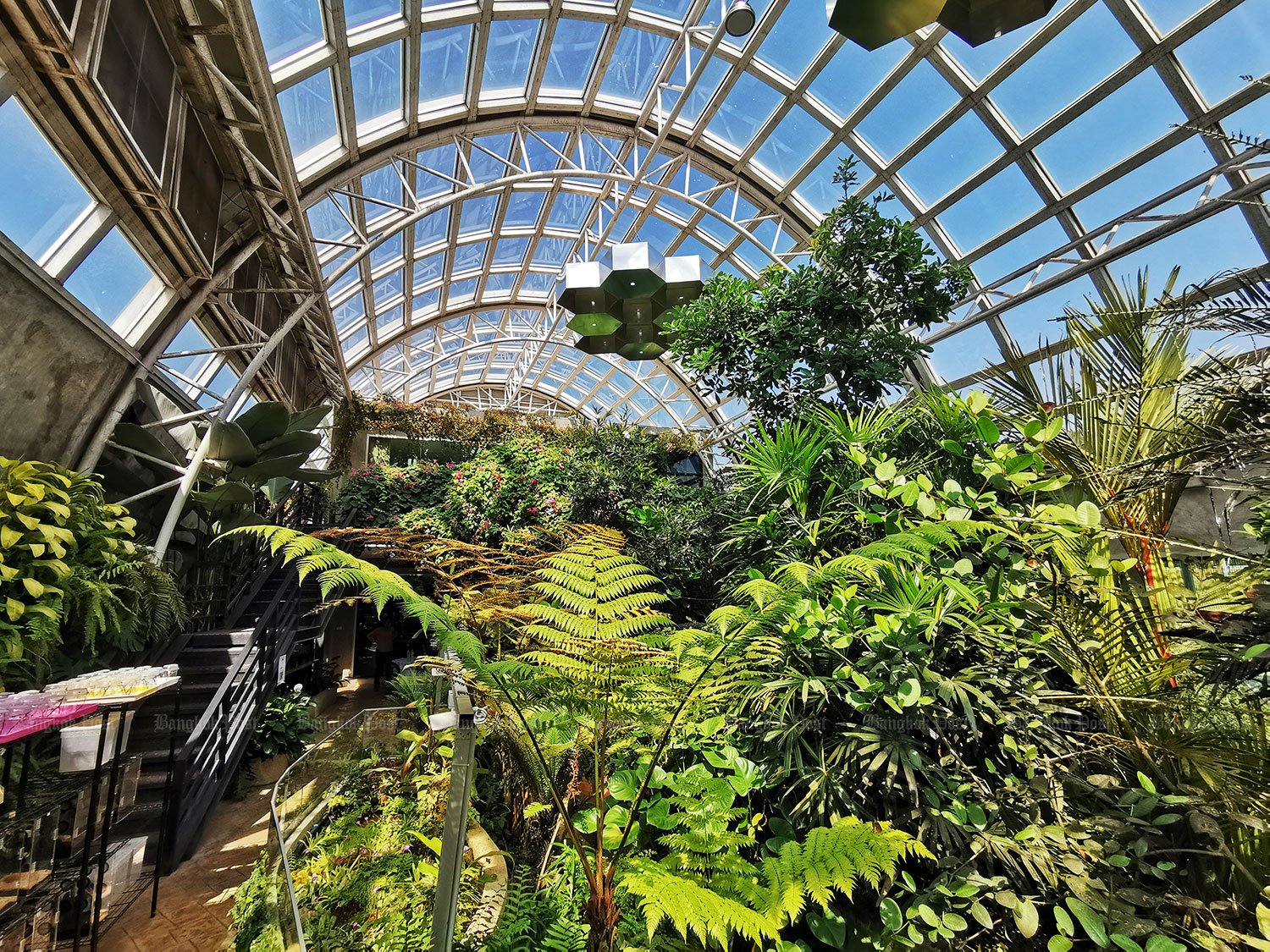 Numerous trees and plants are grown inside the greenhouse that serves as the Tropical Insect Sanctuary, creating a near-natural habitat for various insects to complete their life cycle within the facility. A part of the building houses a laboratory where Wissarut Sukhaket, standing, and his colleague Phawini Khetnon conduct their researches. Wissarut also is an outstanding photographer. Most of the pictures that illustrate this article are from his camera. (Photos: Pongpet Mekloy)

Without waiting for my reply, Wissarut, a research experimental assistant at the facility, carefully brought the mantis out of the container and placed it in his palm. The predatory insect stood upright raising its large, sharp-spiked forelegs and fanning out its four wings, revealing the eyespots like those on a peacock's tail. The mantis itself explained to me in the most explicit way.

Wissarut was guiding me through the insect sanctuary, a part of Lamtakhong Research Station, which is under the Ministry of Higher Education, Science, Research and Innovation's Thailand Institute of Scientific and Technological Research (TISTR). He noted that other than the peacock mantis, at this time of year visitors also can see flower mantises, including the pinkish orchid mantis.

"In March, the luna moth and Malayan moon moth will emerge from their cocoons. Meanwhile, the beautiful mantises will still be around until April," he said, adding that other kinds of creatures such as leaf and stick insects can be seen all year round.

"But please note that this is not a zoo," Wissarut pointed out, adding that he hoped visitors to the sanctuary learn a few things about insects and their diversity, as well as how we humans can co-exist with them.

The major purpose of the facility, he elaborated, is for research. Wissarut and his colleagues at TISTR have been working on several projects that aim to seek eco-friendly solutions for farmers. Among them are studies on biopesticides, plants' chemical self-defense, organic cricket farming and yields and quality improvement of arabica coffee cherries with the help of stingless bees.

There was so much to learn at the Tropical Insect Sanctuary and the Lamtakhong Research Station as a whole, the recent trip to Pak Chong was an eye-opening one for me. 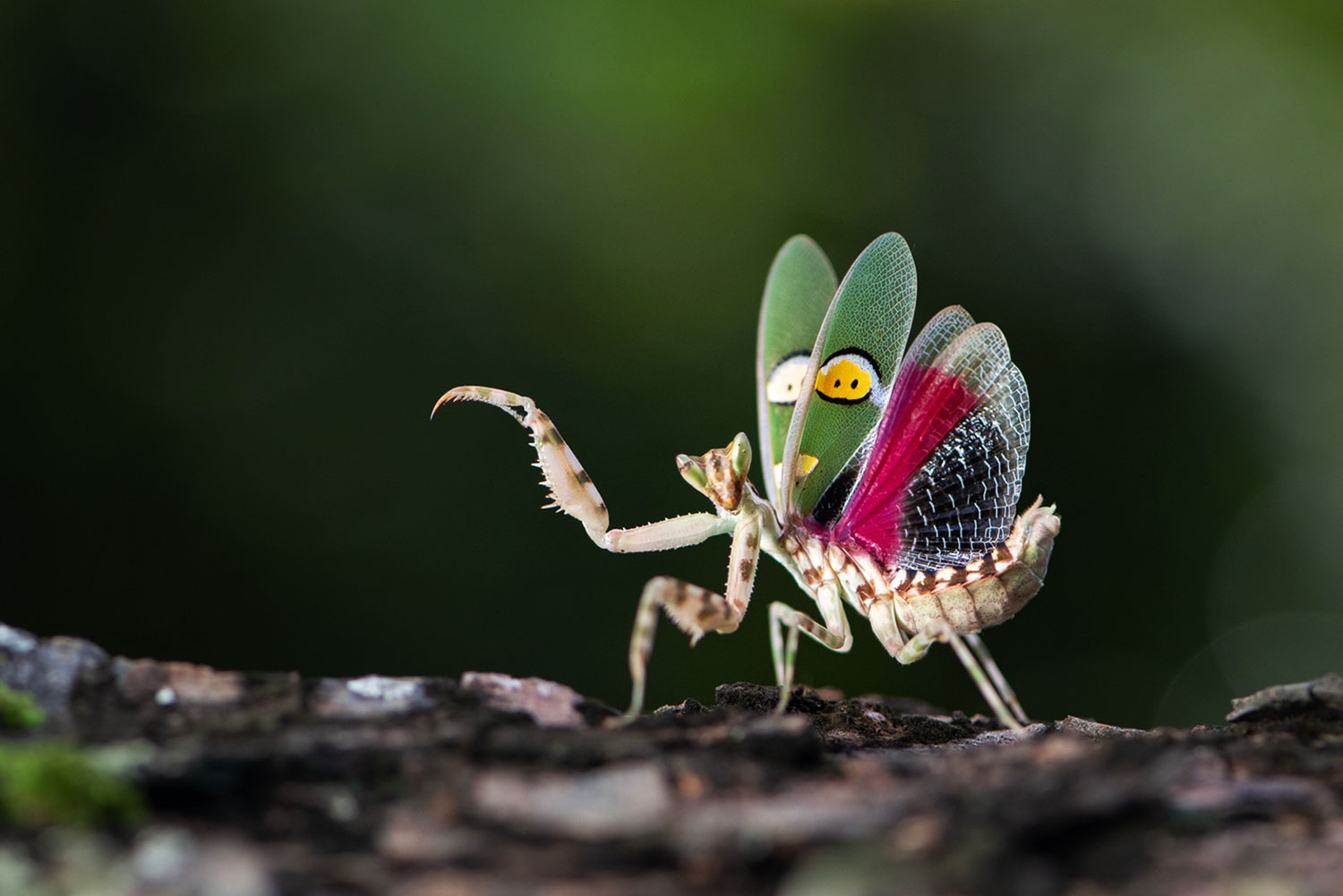 As its name suggests, the jeweled flower mantis likes to hide among flowers. They ambush pollinators and other unsuspecting prey visiting the blooms. Normally, the conspicuous wings are folded. They are spread out when the mantis is in defence mode. (Photos: Wissarut Sukhaket) 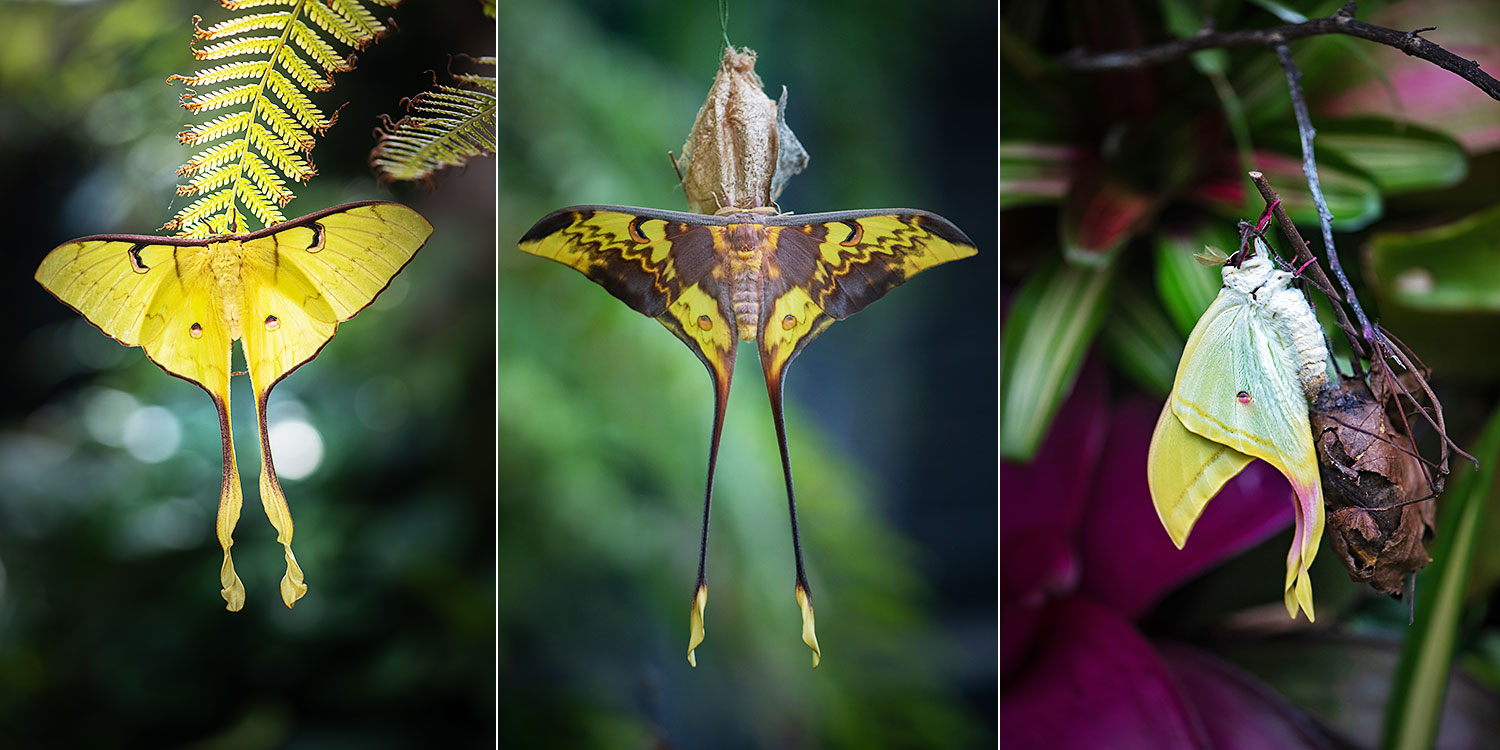 The Tropical Insect Sanctuary is home to some fascinating moths. The green ones in the pictures are the luna moth while the yellow and brown ones are the Malayan moon moth. The year’s first batch of adults will break out of the cocoons in March. Each individual will live for only a week or so. During such a short period, these moths do not waste time feeding. Their sole mission is to mate. The next batch of bugs will appear in July and November. It’s wise to check with the sanctuary to make sure you visit the place at the right time. (Photos: Wissarut Sukhaket) 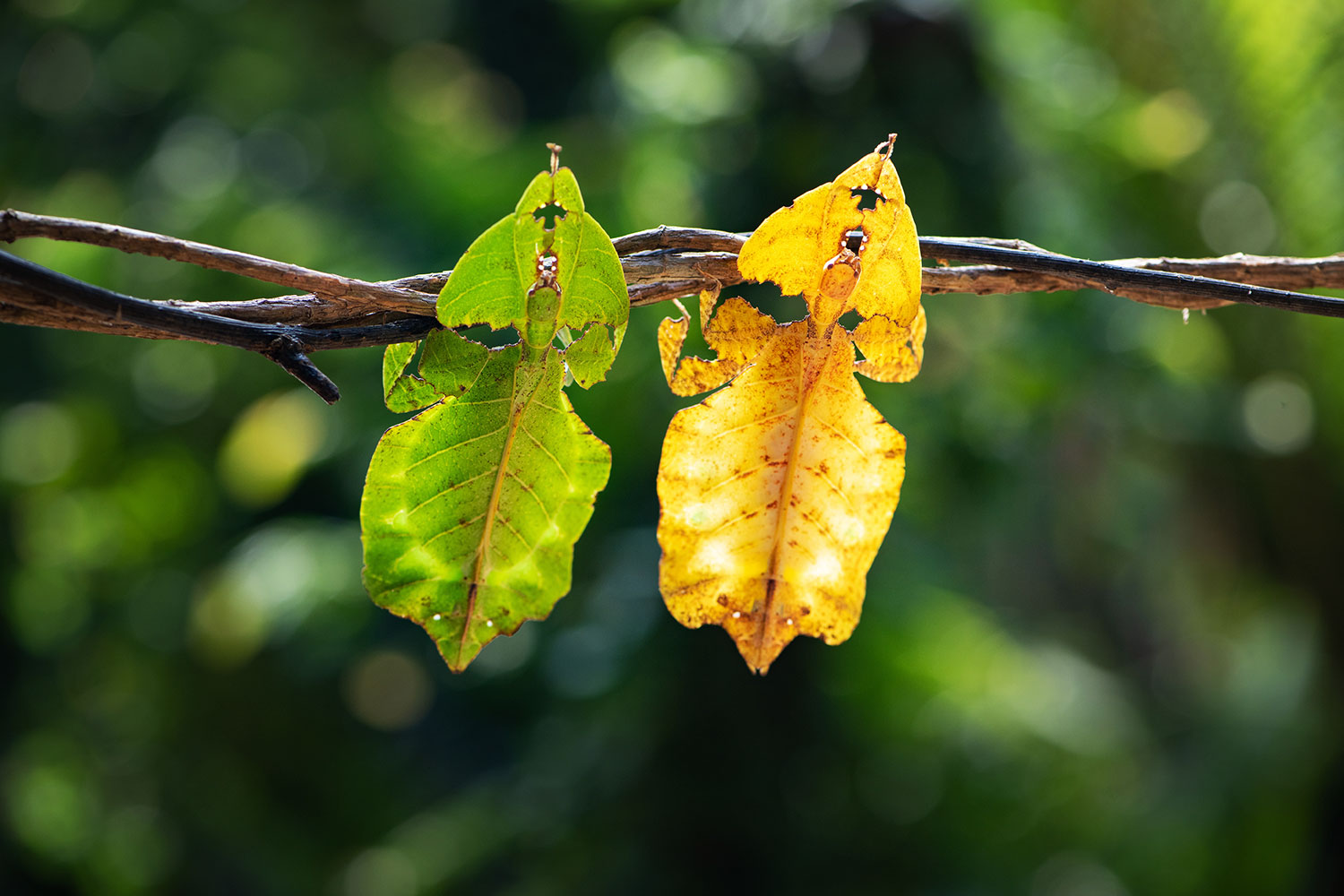 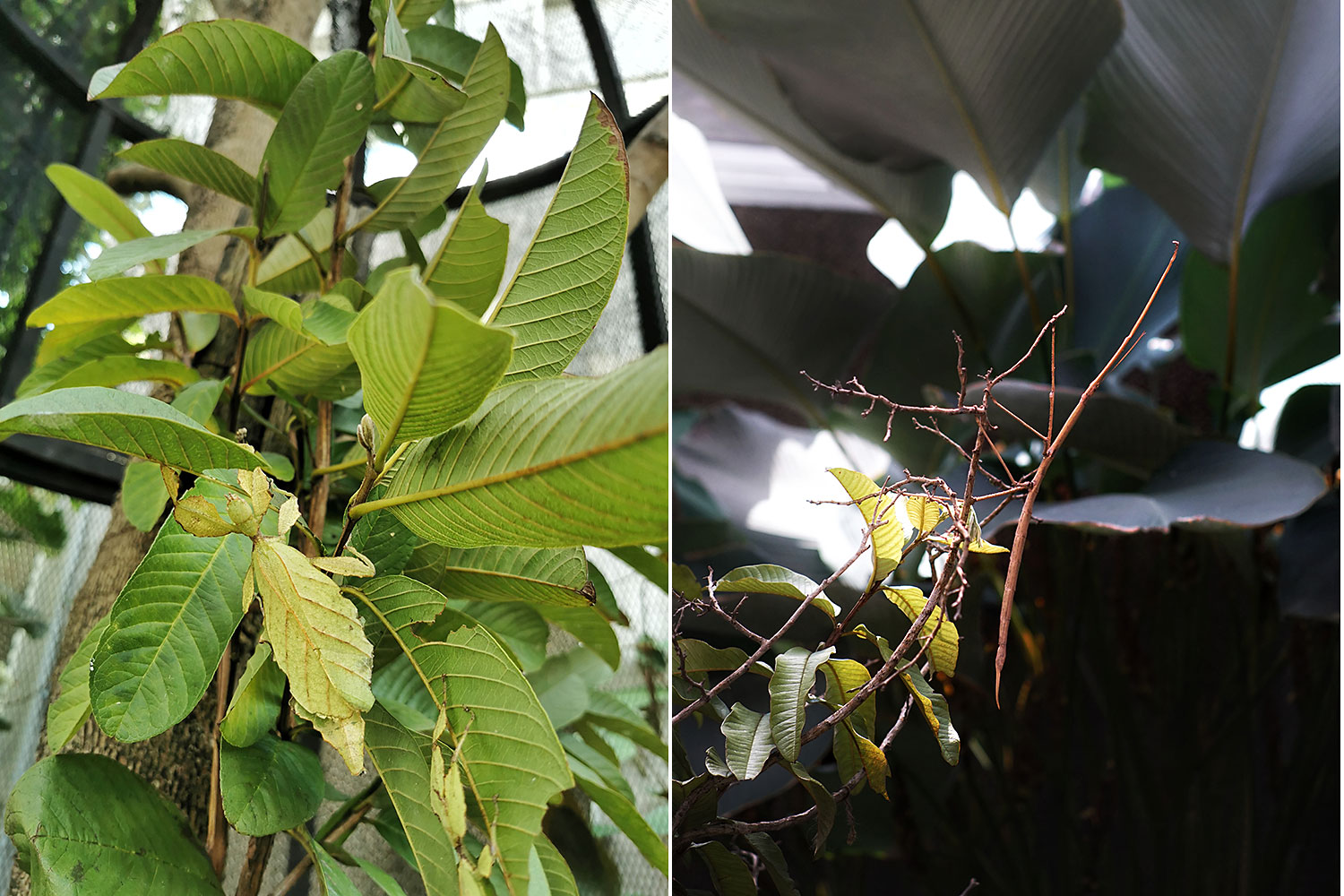 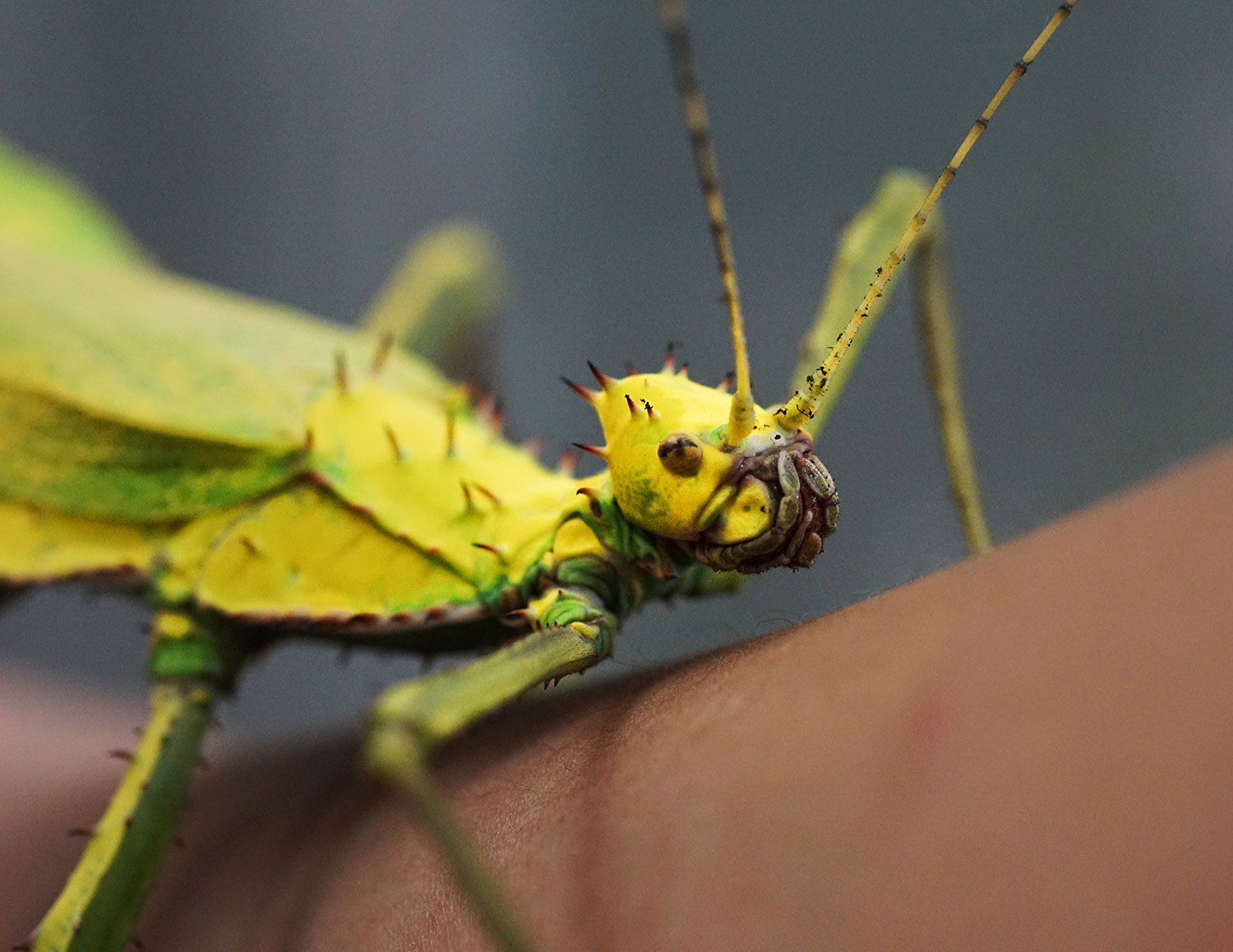 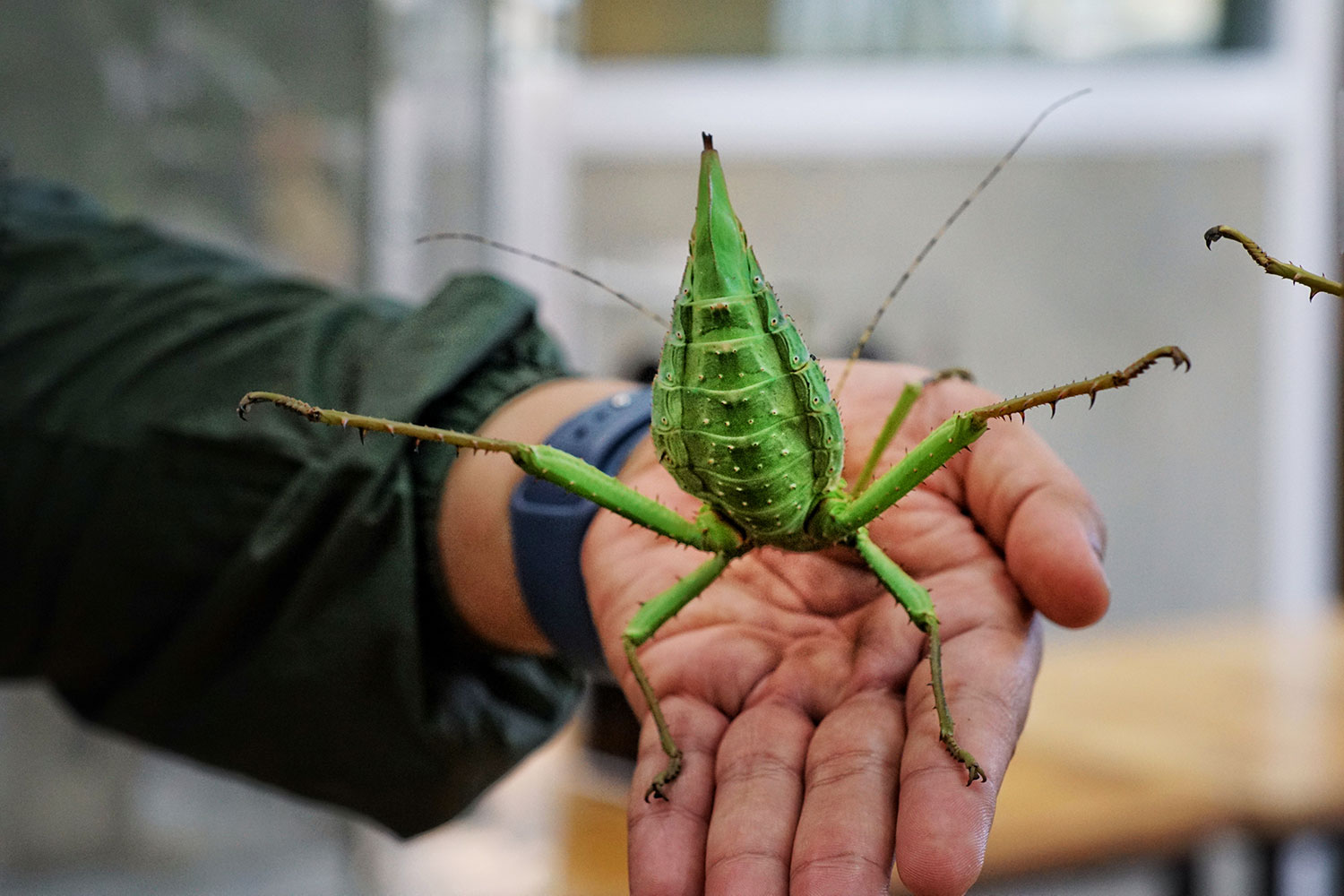 In every picture here there is at least one insect. Can you spot all of them? Most leaf and stick insects are masters of mimicry. In nature, unless you happen to see them the moment they move, it’s very difficult to find them. The only species in these pictures that does look like an animal is the Malayan jungle nymph, which is a kind of stick insect with spikes all over their bodies. But the ones you should be very careful about are those on their hind legs which are ready to strike and inflict pain on a potential attacker. (Photos: Pongpet Mekloy) 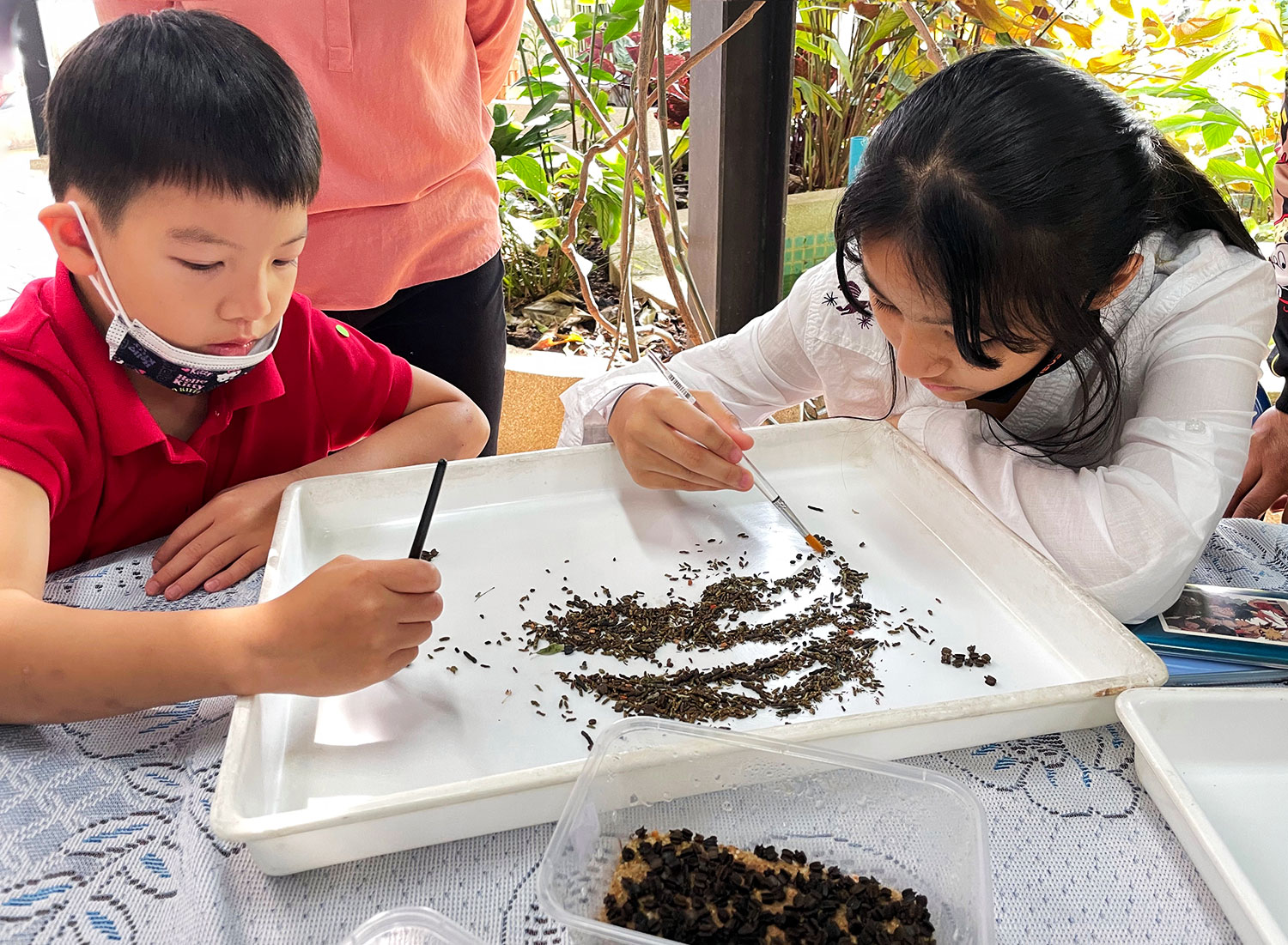 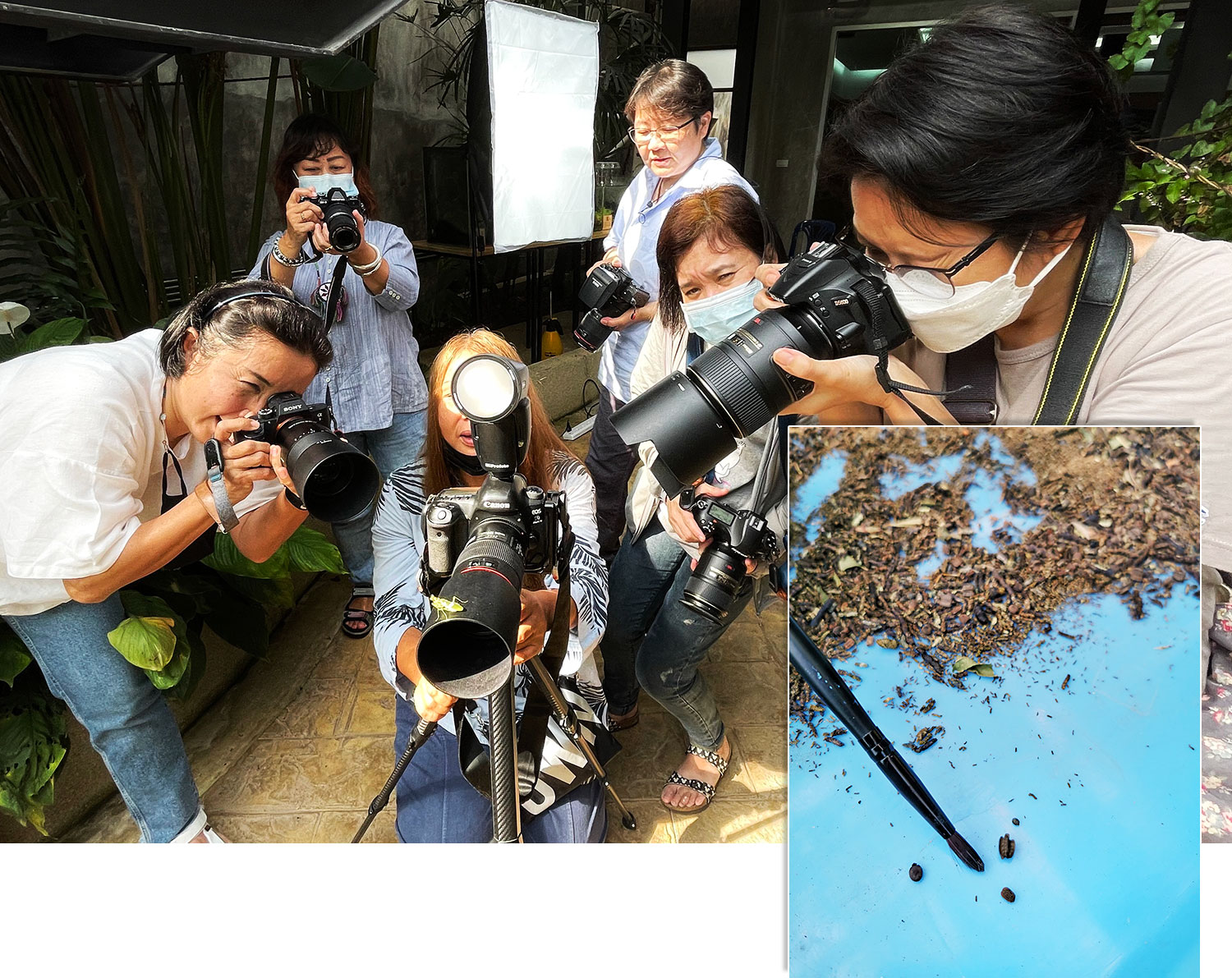 Apart from giving visitors a chance to intimately observe several amazing insects, the research facility also organises activities for children such as picking insect eggs from plant debris and removing nymphs from hatching boxes to nursery boxes. For shutterbugs, it occasionally holds exclusive biological photography sessions, usually on Fridays, during which participants (eight persons maximum) can learn about the character and habits of prominent insect species in the sanctuary as well as how to take good close-up pictures of the tiny creatures without harming them. (Photos: Wissarut Sukhaket) 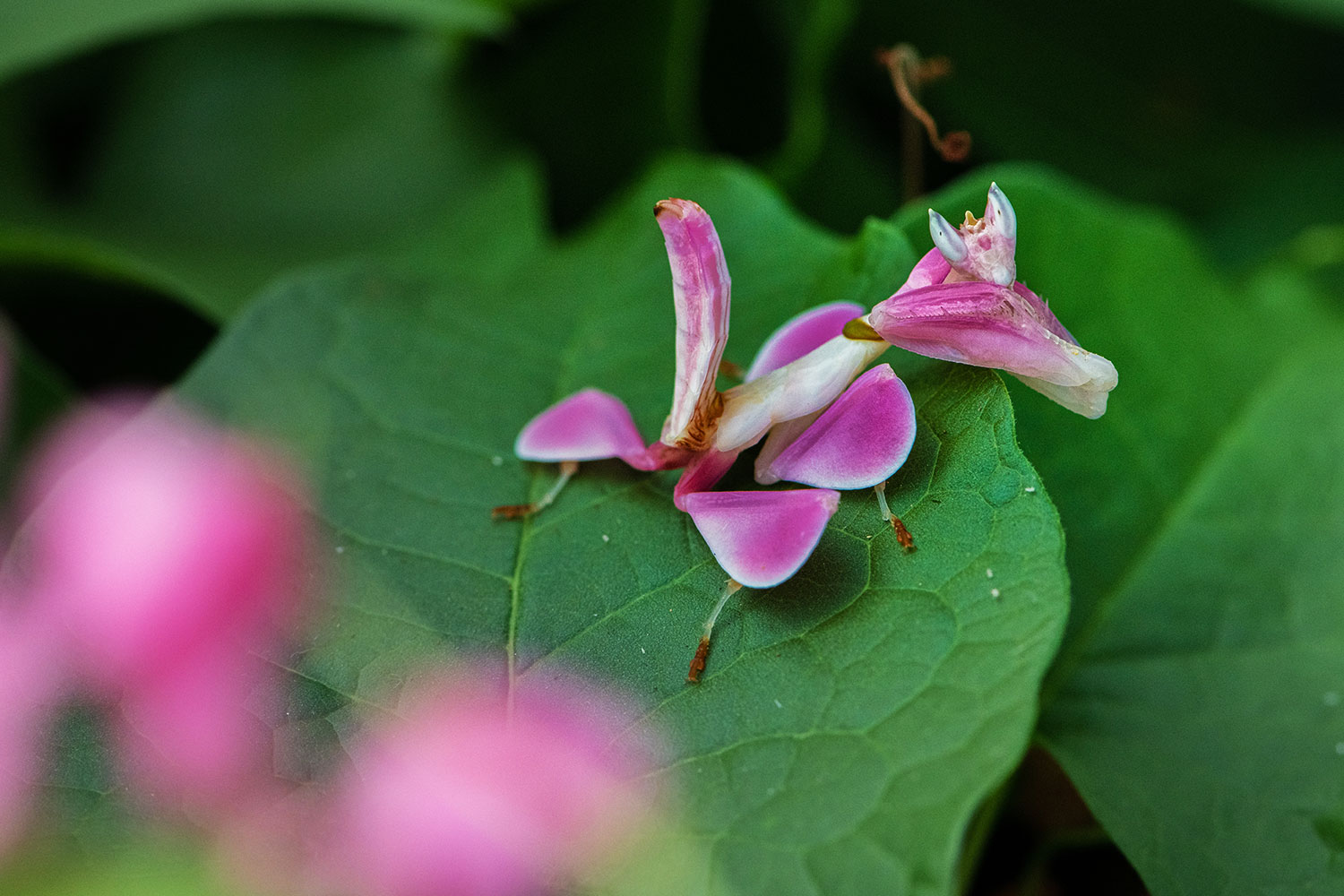 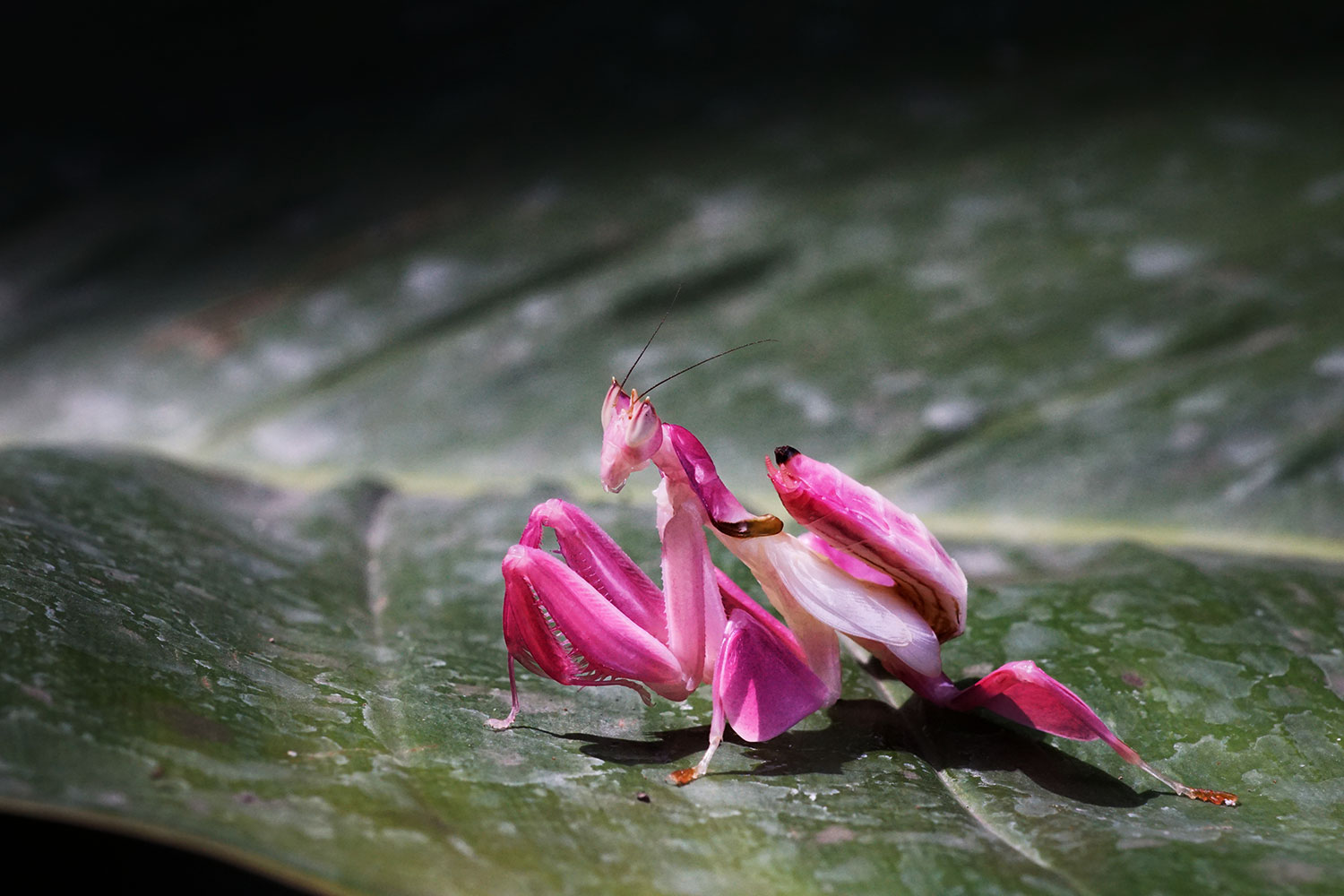 These are the orchid mantis. Obviously, there is no need to explain why the species is so named. But don’t let their sweet and delicate look fool you. Like other praying mantises, these “walking flowers” are the deadly predators of the insect world. 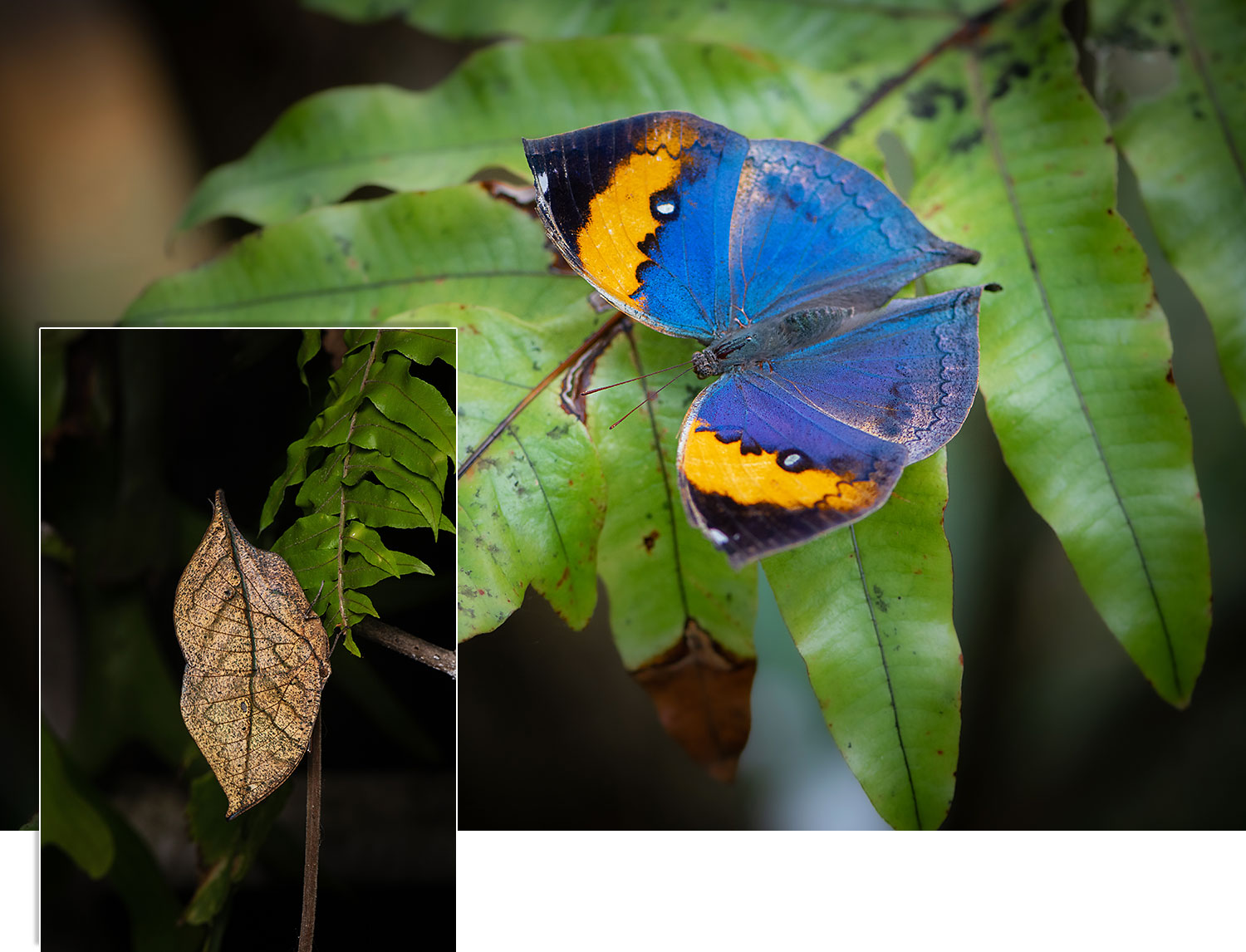 The Indian oakleaf butterfly can be seen almost all year round at the insect sanctuary if you look closely. Like the leaf insect, these butterflies have evolved to resemble the plants they like to hang out on. And with the way they cling to the stem, who would have thought that’s an animal? Only when they open up their wings will you see the bright colours on the upper side. 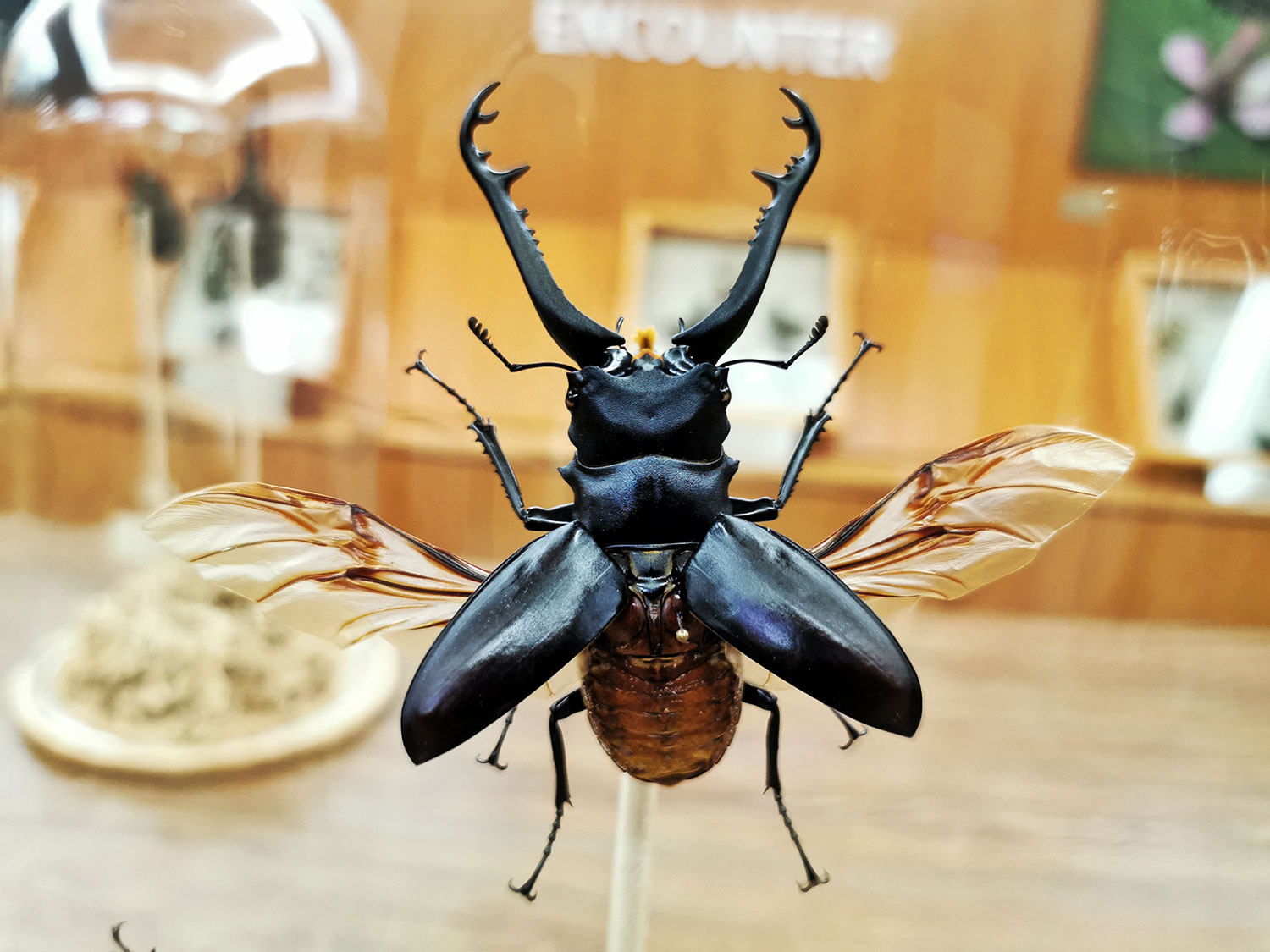 In this small museum within the insect sanctuary, you will learn more about Thailand’s rich insect diversity. Many of the specimens exhibited are so well preserved they look as if they are alive. (Photos: Wissarut Sukhaket) 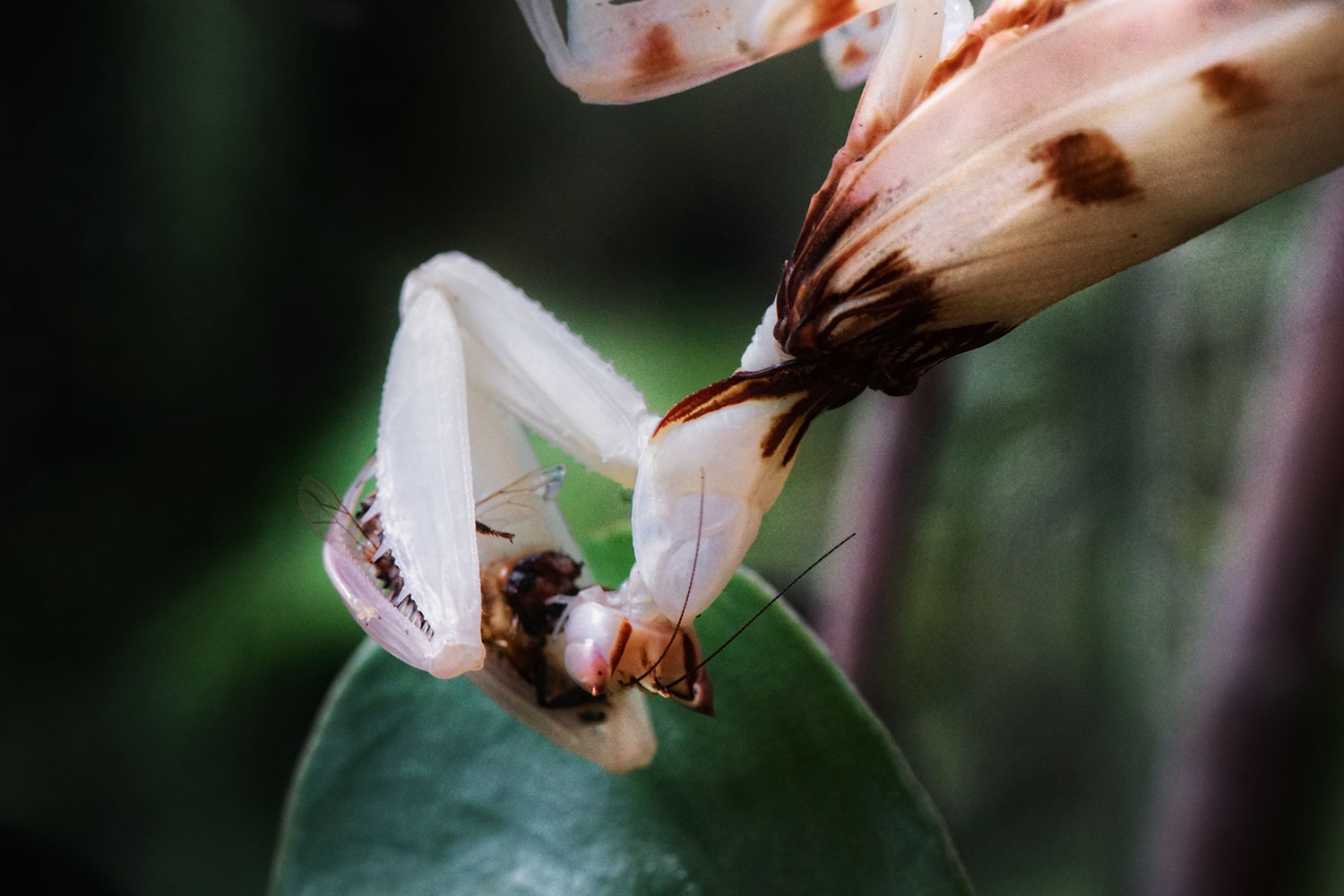 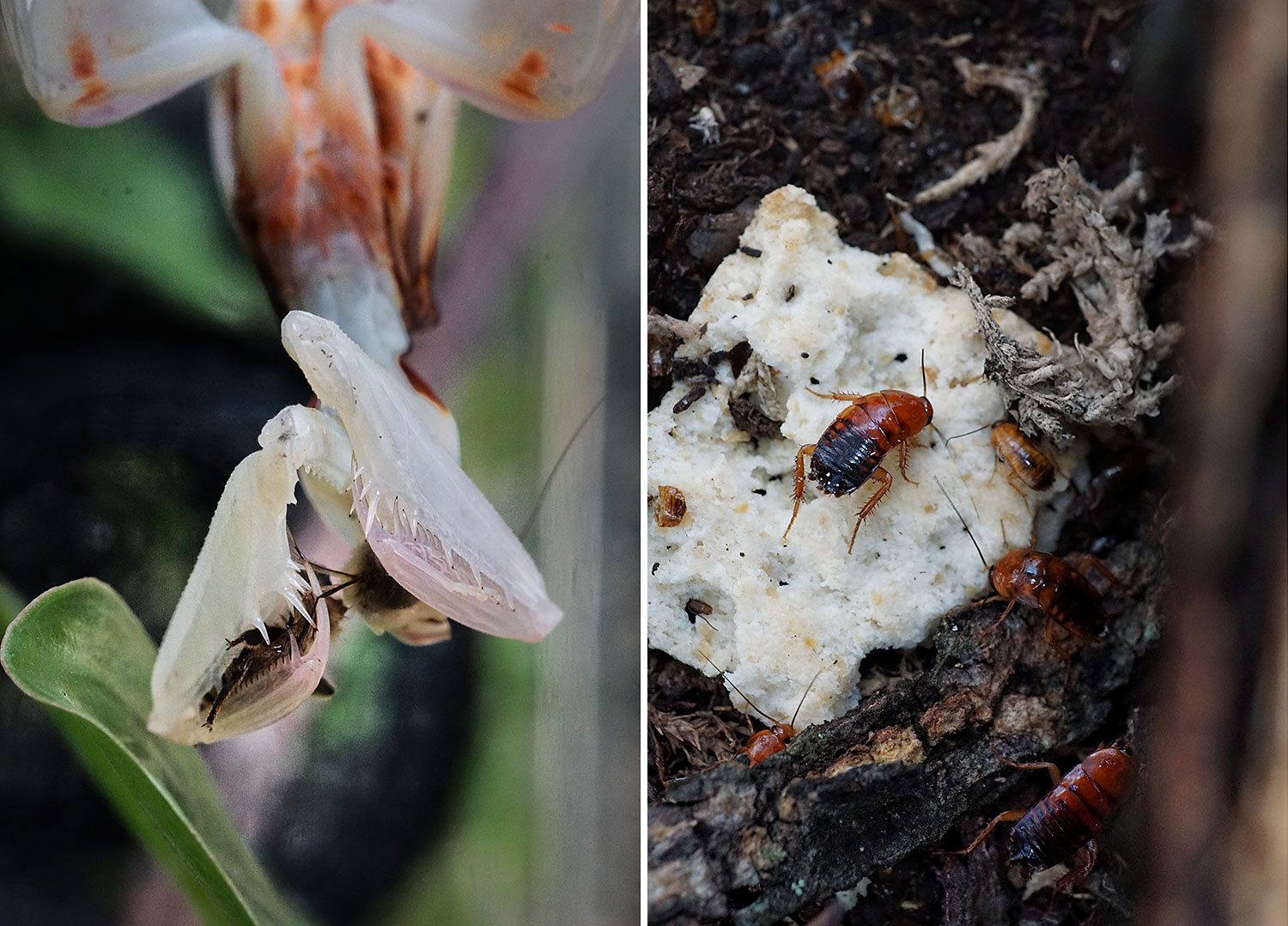 It may be hard to believe that such cute creatures like the praying mantises are actually natural born killers. However, if you get to see them feed with your own eyes, which you may be lucky enough to do so at the Tropical Insect Sanctuary, you will clearly understand why. This flower mantis is munching on a bee that flew too close. Locked in the powerful toothed front legs, the struggling prey has no chance of escape and is eaten alive. Apart from bees, researchers at the insect sanctuary also raise cockroaches for the mantis to prey on. For your information, the small roaches are fed with clean, non-toxic food, including wholewheat crackers. (Photos: Wissarut Sukhaket) 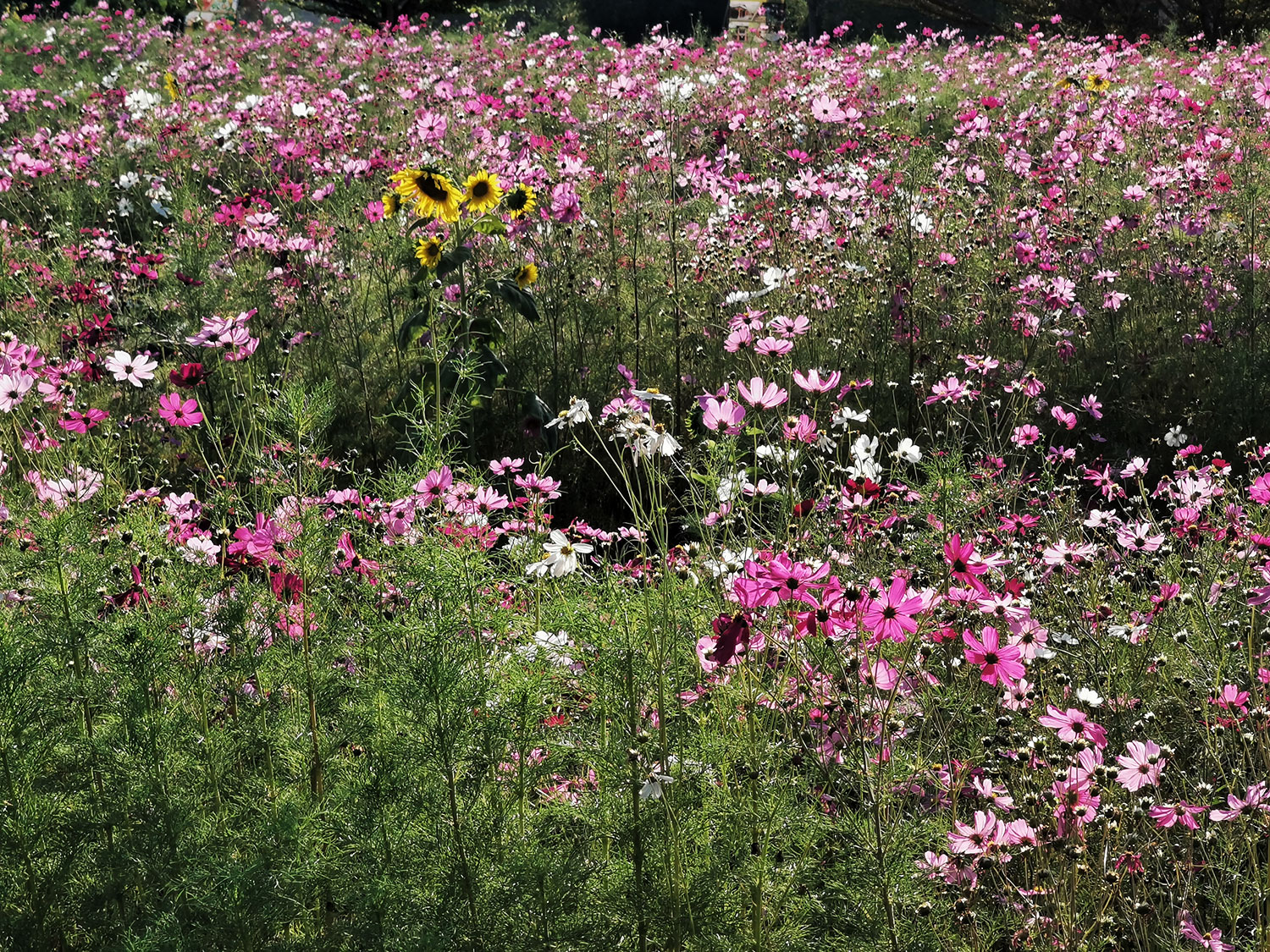 Within the compound of the Lamtakhong Research Station, you’ll find so many kinds of plants, both in the greenhouses and outside. For example, as soon as you pass through the entrance of the compound, you’ll be greeted by thousands of cosmos blooms in an open field just next to the driveway. (Photos: Pongpet Mekloy) 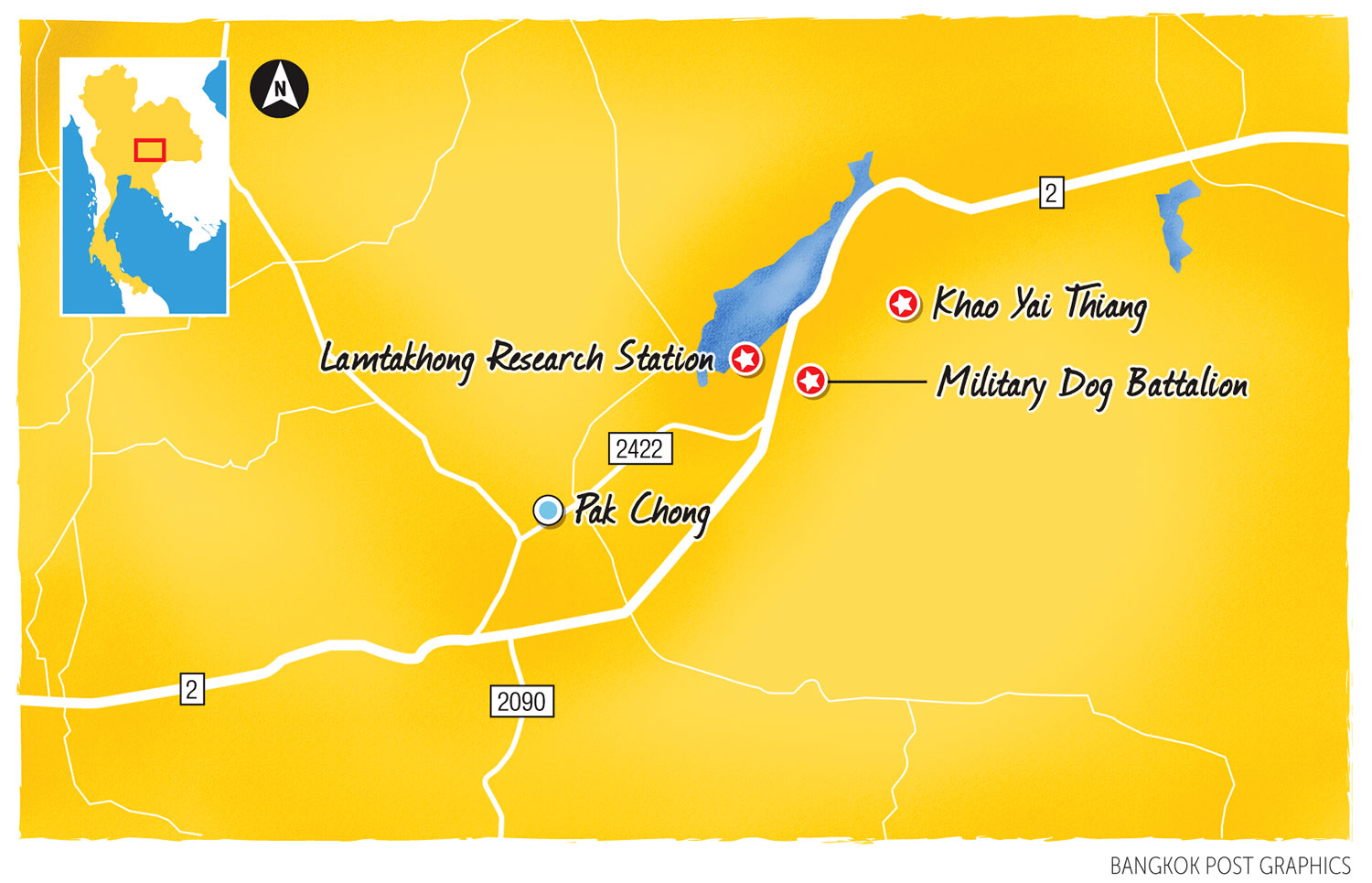