A province of many charms
Travel

The Andaman Sea and beautiful islands are usually the first things that pop up in people's mind at the mention of Krabi. Still, the fact remains that the southern province also has plenty to offer inland such as the Sa Kaew ponds.

These bodies of clear turquoise water in tambon Khao Thong of Muang district are over 200m deep and are the openings of a subterranean water cave system that is inaccessible to most people except for experienced divers.

I met these local children during a road trip to that part of Krabi in 2005. They were having a great time swimming and jumping into the water at one of these ponds. The presence of me and my point-and-shoot camera did not interrupt their fun at all. Instead, it seemed to prompt them to laugh louder and be even more acrobatic. 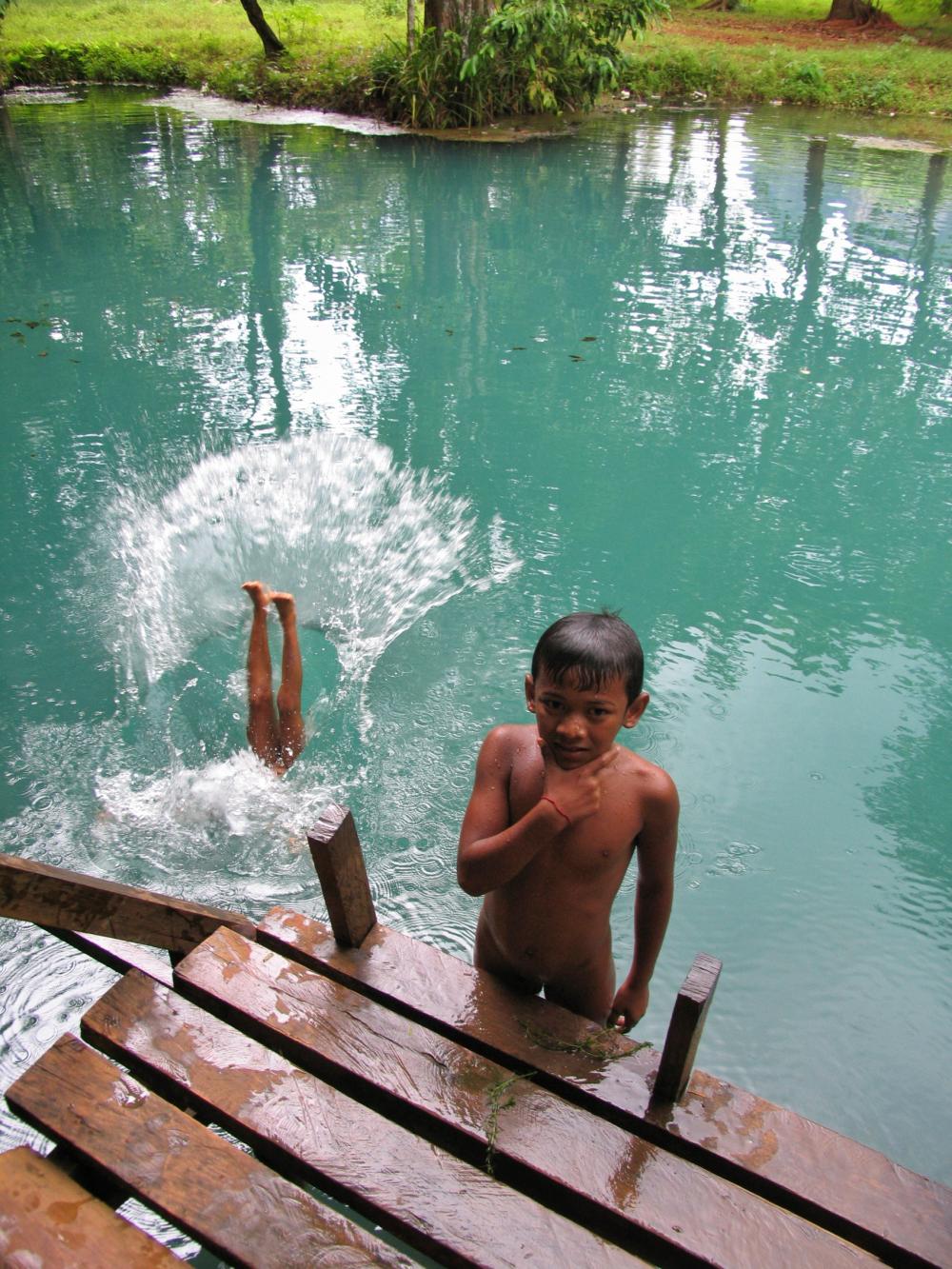 When travelling, it’s not unusual to run into so many faces. While many might just flash by, others linger on not just in your memory but also in your memory cards. It might be a person, an animal or even a non-living thing. If you have taken a picture of such a face with a story you wish to share, a face with the eyes looking directly at the camera signifying that the shot was made not against their will, feel free to email the photo (file size at least 2MB) and a brief text to pongpetm@banfkokpost.co.th.