It has been a bad year for tourism and a boom in the travel and hospitality sector would no doubt be good for the economy. However, it could also be a nightmare for people living and working amid the flux of transient tourists. It wasn't that long ago that we saw media reports of tourist misbehaviour from carving names on ancient Egyptian bas reliefs to chasing geishas down the streets in Kyoto. Around the world, countries are looking for ways to curb bad behaviour from tourists. Iceland, for instance, launched the Inspired by Iceland pledge in June 2017 that urges tourists to travel responsibly. Apart from implementing official rules, a recent research study reveals that poor tourist behaviour could be reduced by simply making the tourists feel closer to the locals.

To illustrate the magnitude of opportunity, international tourist arrivals fell by 72% in January to October over the same period in 2019, translating into a loss of US$935 billion -- more than 10 times the loss the industry suffered during the 2009 global financial crisis. Hotels and the tourism industry are hoping for "revenge travel" to take place, a riff on the concept of "revenge spending" that describes shopping starved consumers overcompensating by splurging when the pandemic is over. But how can places that seek to cash in on the return of tourist dollars do so while avoiding a return to the old days of bad tourist behaviour?

This is the subject of a paper titled "Tourist Misbehaviour: Psychological Closeness To Fellow Consumer And Informal Social Control". The study is the first to examine the psychological closeness between locals and tourists and how this "psychological distance" affects tourists' intention to misbehave. It was conducted by Lisa Wan, associate professor at the School of Hotel and Tourism Management and Department of Marketing at The Chinese University of Hong Kong (CUHK) Business School and her co-authors Prof Michael Hui at University of Macau and Yao Qiu at CUHK Business School. 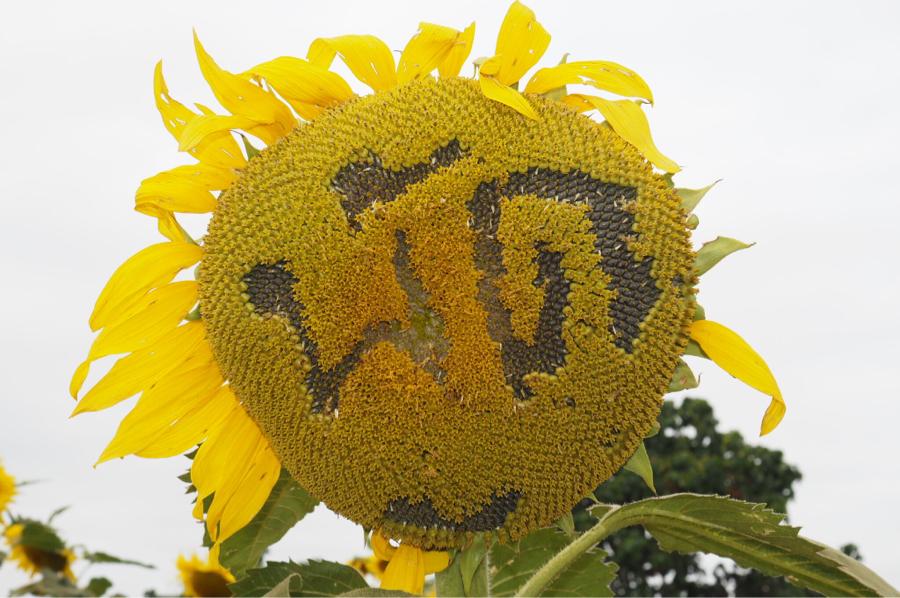 Someone damaged a sunflower by writing their name on it.

Psychological closeness refers to one's feelings of attachment and connection towards other people. We tend to feel psychologically closer to someone whom we perceive as "one of us". People who belong to the same social group are likely to follow the same set of social or cultural norms because they care about the consequences of their behaviour due to the need for approval and belongingness. In-group members are also likely to impose informal social control on fellow members, such as showing angry looks or sharing comments on those who violate the social norms to reinforce the order of the group. However, the same social practice does not usually apply to out-group members.

When people are travelling abroad, they feel less connected to locals than they would at home. In other words, tourists feel psychologically distant from locals. Since they do not perceive themselves as belonging to the same group, it is less likely for them to comply with local norms because they are less concerned about the consequences of their behaviour and they do not expect their actions to invoke informal social control from locals. Locals, on the other hand, consider tourists as outsiders and therefore may not always voice out their disapproval of tourist bad behaviour. 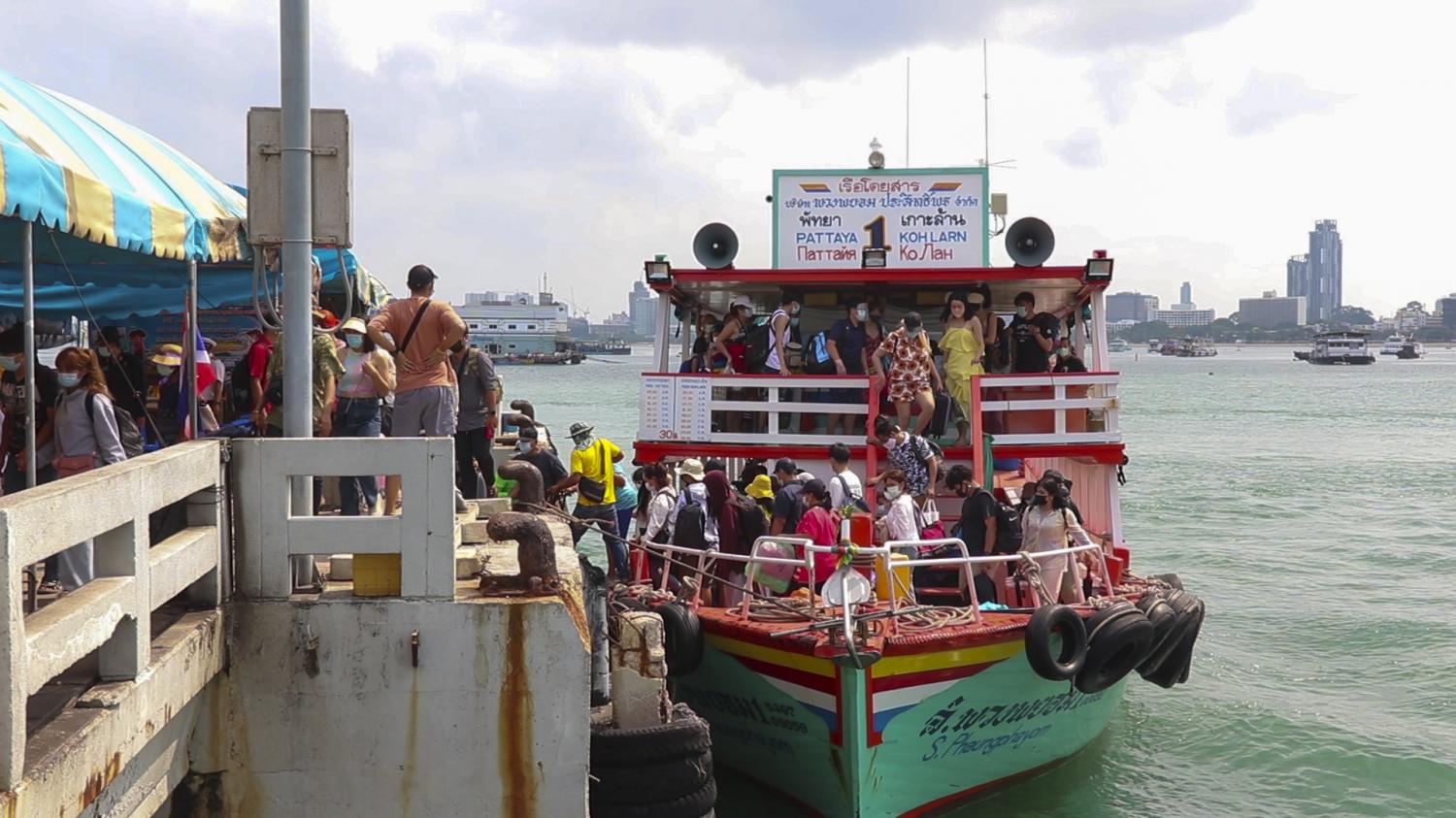 In addition, the more local residents suffer directly or indirectly from the bad behaviour of the tourists, the higher the likelihood they would impose informal social control on tourists who are violating the social norms. This is emphasised when locals feel victimised or responsible for protecting the interests of their community.

For example, local residents in Sai Kung -- a district in Hong Kong, protested after getting upset at the influx of tourists during the pandemic and the mounting garbage problem left behind. The researchers predict that tourists would have a higher intention to misbehave when they think their behaviours are less likely to affect local residents.

"It is essential for cities and destination organisations that rely heavily on the tourism sector but suffer from the influx of tourists to grasp the underlying reasons or even the motivations for tourists' misbehaviour," Prof Wan says.

The Importance of Psychological Distance

Prof Wan and her co-authors conducted three experiments to test their hypotheses. In the first study, the participants -- recruited from a local Hong Kong university, were asked to imagine themselves either as tourists in Bangkok or as local residents in Hong Kong. They were asked if they would eat on a public bus, something that is banned in many cities in the world including Hong Kong.

The results show that those who imagined themselves as tourists in Bangkok reported a higher intention of eating on the bus because they feel less close to fellow passengers on the bus and consequently, they perceive a significantly lower likelihood of disapproval from other passengers.

A second study was conducted to test whether the degree to which local residents would suffer as a result of tourist misbehaviour could contribute to how likely this said misbehaviour would occur. A total of 200 American participants were asked to imagine themselves at a supermarket checkout before catching a train. They were surveyed on whether they would misuse the express checkout service (by having more items than the supermarket's limit for the lane) in order to catch the train, which they were about to be late for.

According to the results, the participants who imagined themselves as tourists showed a higher intention to use the express checkout lane when they thought their actions would not significantly affect other customers at the supermarket. This shows that tourists would indeed consider how deeply it would affect local residents before committing misbehaviour.

In the third experiment, the researchers examined the notion of excitement and its relation to tourists' misbehaviour. The researchers theorised that excitement may lead to misjudgement on whether their behaviours are disapproved by locals. Over 200 students and staff members from a Hong Kong university were recruited for the study.

Prof Wan explains that since Hong Kong is known to be the "most Japanese City" outside Japan, it is understandable that Hong Kong people feel psychologically closer to locals in Tokyo than locals in Bangkok. Furthermore, the findings rule out the excitement factor because if it was indeed associated with tourist misbehaviour, then a higher intention to misbehave should be reported by both groups regardless of their travel destinations.

As the study results show that tourists are less likely to misbehave if they believe their bad behaviours will cause significant harm to other consumers, the researchers suggest marketers and authorities in the tourism industry to remind tourists about the negative consequences of even seemingly minor misbehaviour and for tourists to constantly put themselves in the shoes of the locals. For example, hotel managers could design table decorations that remind tourists about the bad consequences of wasting food and the unnecessary burden on locals due to their wasteful behaviour.

"At the end of the day, the best advice is to remind visitors to do unto others as you would have them do unto you," says Prof Wan. "They need to know that their actions will cause the same level of nuisance and provoke a similar level of disapproval if they were done back home."

On the other hand, destination marketers should also remind the tourists that bad conduct may tarnish the image of their home country. Above all, marketers should try to increase the psychological closeness between tourists and local residents by highlighting their similarities, such as promoting a friendly and welcoming image of the destination and the local residents, thereby creating opportunities for healthy interactions between tourists and locals.

"For instance, Koreans and Americans both love eating fried chicken and drinking beer. Perhaps destination marketers can think of some promotional materials based on such similarity," says Prof Wan.

"However, the easiest way to make their guests feel at home is always a warm smile."