Koh Samui opened to vaccinated foreign tourists on Thursday despite a nationwide surge in Covid-19 cases propelled by the Delta variant.

The islands of Koh Samui, Koh Phangan and Koh Tao are welcoming visitors as part of the kingdom's push to revive the battered tourism industry.

The country launched the "sandbox" scheme on July 1, allowing vaccinated travellers to visit Phuket island. Tourists do not have to quarantine in a hotel but can not leave Phuket for two weeks.

Under Thursday's expansion, tourists must stay at an approved hotel on Samui for a week and can leave their accommodation on day four.

They will have to produce a negative Covid-19 test before being allowed to venture to Koh Tao or Koh Phangan after their first week.

The rest of the country is struggling to rein in infections from the Delta variant, which authorities say now makes up nearly 80% of the caseload.

Virus hotspot Bangkok and nine provinces are under tightened restrictions, including a night-time curfew and a ban on gatherings of more than five people. 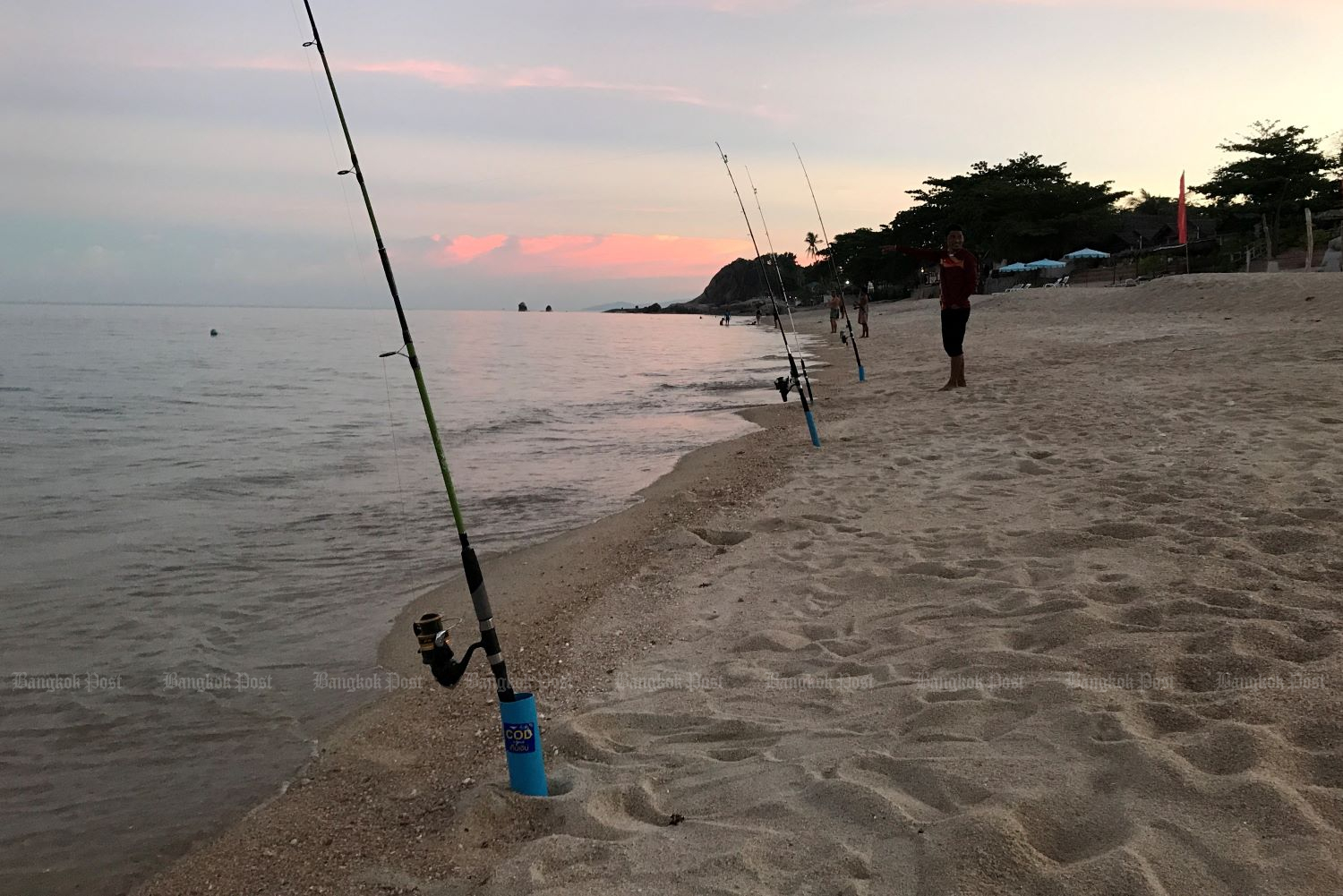 Local fishermen are the only people on Lamai Beach on Koh Samui, Surat Thani province on July 3, 2021. (Photo: Dave Kendall)

Phuket has received 5,000 foreign tourists since its reopening, 10 of whom have tested positive for Covid-19.

Authorities are not expecting a big influx of tourists immediately to Samui and the other two islands.

Tourism Association of Koh Samui president Ratchaporn Poolsawadee described Thursday's start of the "Samui Plus" scheme as a soft opening.

He said 75% of residents on the three islands were vaccinated.

Tourism makes up one fifth of Thailand's national income and the economy is suffering its worst performance since the 1997 Asian financial crisis.

Mr Ratchaporn said tourism was worth 30 billion baht to Samui before the pandemic but the virus had cut turnover to less than 3 billion baht last year.