Up close and personal
Travel

To participate in the ongoing Tokyo Olympics 2020, Life has gathered virtual tours to let you experience Japanese culture, visit iconic tourist attractions and the cities where the Olympics and Paralympics are hosted. Some virtual tours also offer a chance for you to meet admired athletes worldwide while you stay at home.

Competing and well-known retired athletes in 50 sports from 30 countries will be your programme hosts. Visit "Olympian & Paralympian Online Experiences" (airbnb.com/olympics) for the service of your choices.

The athletes will share with you their passion for sports, their experiences or let you hold a conversation with them via Zoom meetings. Samples of legends who joined the service are American basketball legends Scottie Pippen, Larry Bird and Patrick Ewing. They earned a gold medal while competing in the "Dream Team" for the United States at the Olympic Games in Barcelona in 1992.

The Olympian & Paralympian Online Experiences programme, which was launched on July 13, is quite popular. Some slots are already sold out. Be reminded that you need to be quick to book a virtual experience that you like.

Starting tomorrow, a group of volunteers will offer virtual tours through Zoom meetings on Airbnb.com. The service is part of the Tokyo 2020 Support Program City Cast Virtual Tour offered by Airbnb and the Nippon Foundation Volunteer Support Centre. 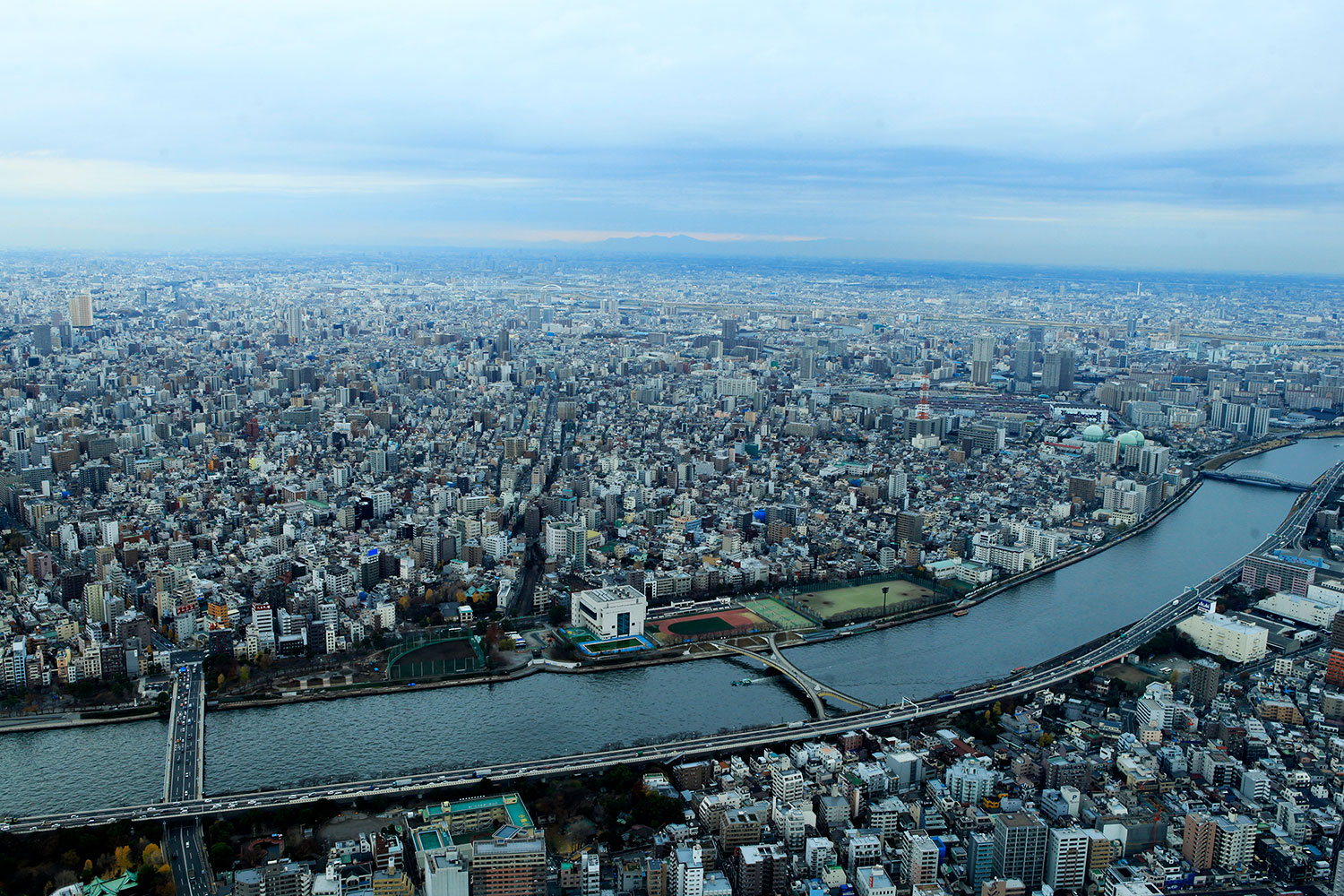 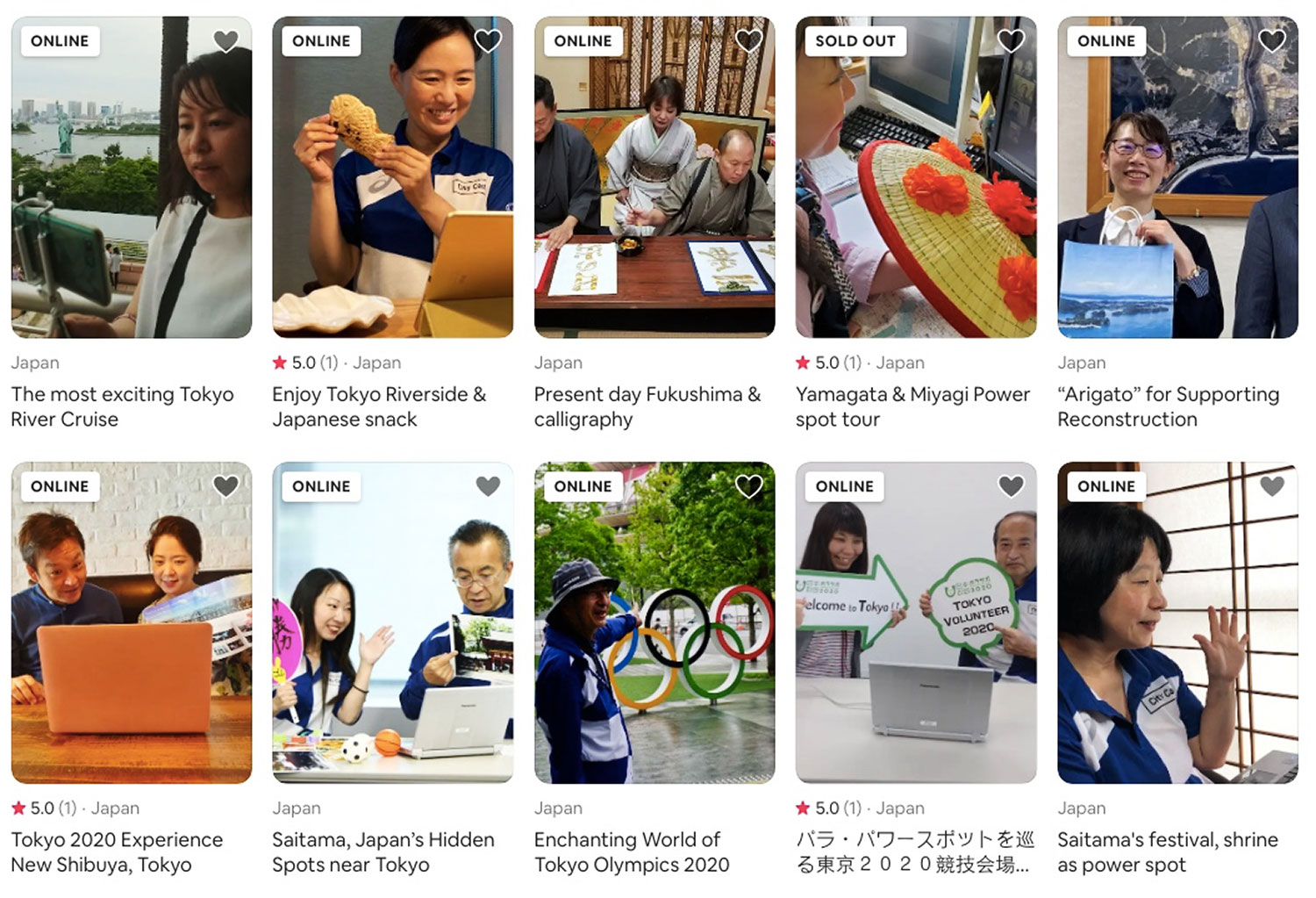 Choices of local guides who will organise virtual tours during the Olympics and Paralympics. (Photos: AIR BNB)

The tour comprises a series of 20 cultural trips around the Olympic venues. Visit the site at airbnb.com/d/hostedbycityguides. You will see your hosts and the services they provide. For example, "The Most Exciting Tokyo River Cruise" trip with Akihiko will bring you to some selected scenic sites along the Sumida River, which flows through the heart of the capital.

Each virtual tour has limited seats and is offered without a service charge.

The Chiba Prefectural Government will introduce virtual tours in August and September at pref.chiba.lg.jp/kkbunka/volunteer2020/en/tour-apply.html.

Topics include history and culture. Your host will bring you to the Naritasan Shinshoji temple founded more than 1,080 years ago and the Hokuso area, which is registered as a Japan Heritage site.

If you like Japanese food, the Chiba government also provides virtual experiences where local residents make sake, soy sauce, miso and other fermented Japanese items. Another interesting programme is a tour of a traditional Japanese house. You will see how Japanese people designed their traditional homes and how they keep the house warm during winter.

The service is available in English, Chinese and Spanish. Participants need to apply for tour programmes in advance. Each programme is limited to 15 guests. The virtual tour is provided without a service charge.

Among numerous popular places in the capital, the Tokyo National Museum is a worthwhile tour. The facility exhibits about 120,000 art and archaeological artefacts found in Japan and East Asia.

The painting Maple Viewers depicts a scene of people having a good time under the maple trees. The zoom-in function allows you to see their happy faces. 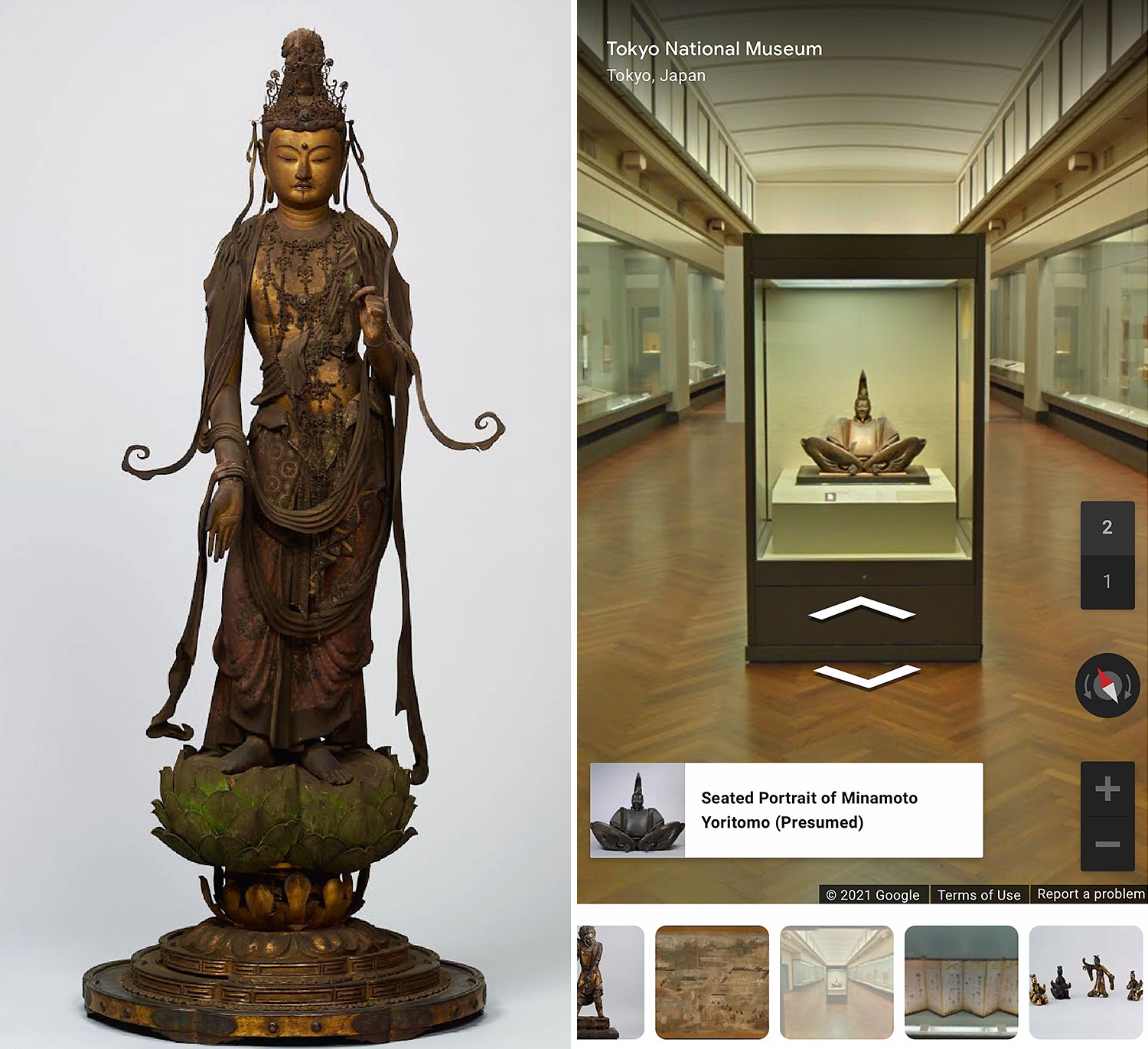 Its front page shows the 16th-century painting titled Maple Viewers, which was painted on a 3.6m by 1.5m folding screen. When you scroll down, you will see the information under the picture. It presents the idea of the painting in detail. You can also zoom in to see every element of the lively people in the painting inch by inch.

However, the app does not exhibit all artefacts. Only 111 items are available. You can view them by types of collections such as metal, fabric, clay or gold items. You can also choose to view them by the period they were created or by colour tones.

An alternative is to visit the e-museum site at emuseum.nich.go.jp. The site exhibits more choices of artefacts. It also displays historical records such as documents, maps and pictures; national treasures including numerous Buddha sculptures; and dozens of old textiles. When clicking on each item, you can zoom in for details. Brief information about each artefact is also displayed.

The e-museum also has the app version available for both App Store and Google Play.

The 333m-tall Tokyo Tower is one of the most popular tourist destinations in the country. It welcomes about 2 million visitors every year. 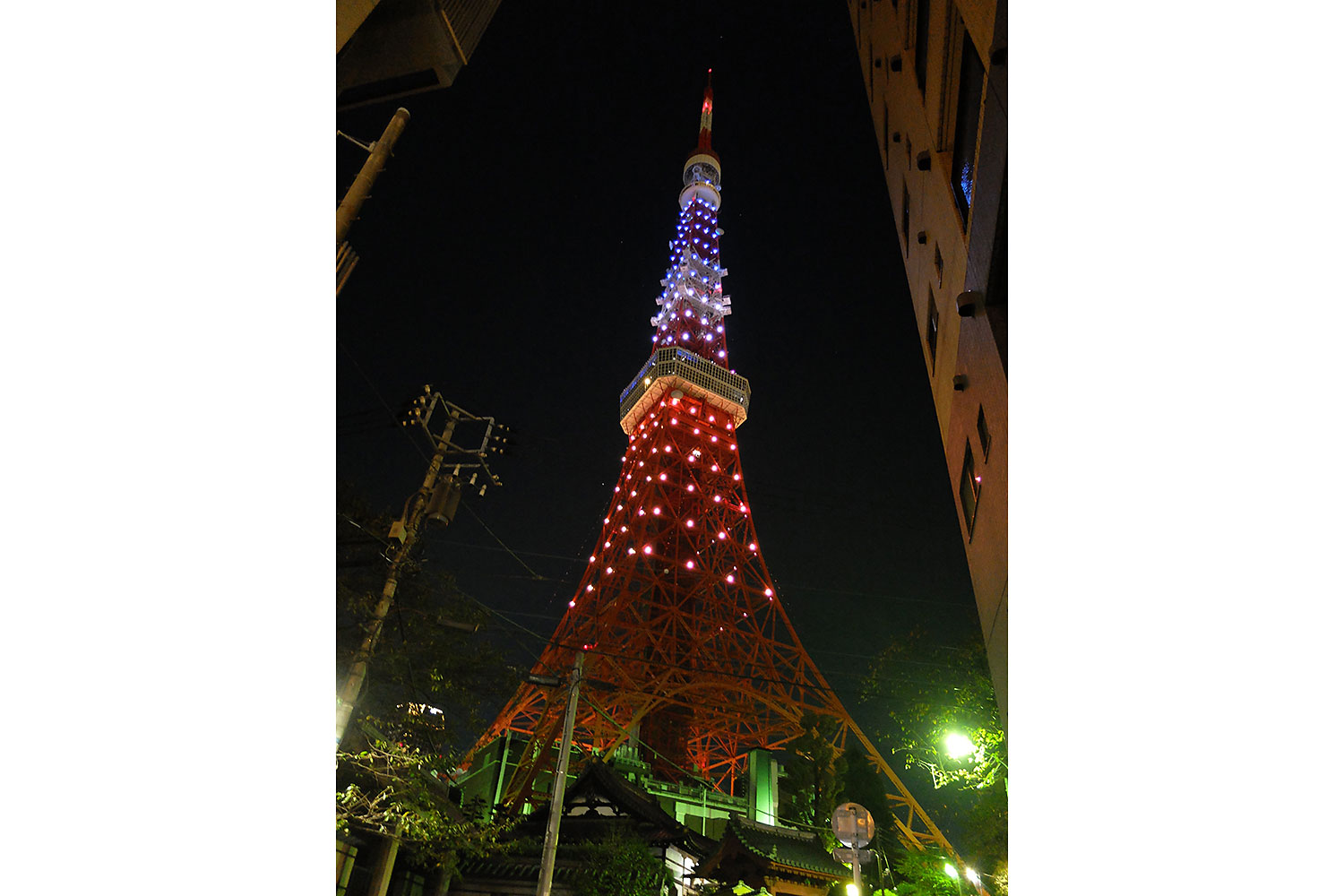 The image will appear and you will know which floor you are on by the numbers on your right. Click on one of the top two buttons, it will bring you to the observation deck. You can stroll around to have a bird's eye view of the city or change the image from daytime to nighttime.

An alternative is to visit Tokyo Tower via Google Arts & Culture app, it will give you the same image of the Google Maps without using the Streetview function.

The snow-capped Fujisan or Mount Fuji is a Japanese icon. It is the country's highest mountain at 3,776m above sea level. Via your computer screen or mobile phone, you can livestream the mountain via the website of the Yamanashi Tourism Promotion Organisation at yamanashi-kankou.jp/fujisanwatcher/live/index.html. The website offers nine different live cameras around Mount Fuji. However, only a few cameras still function. 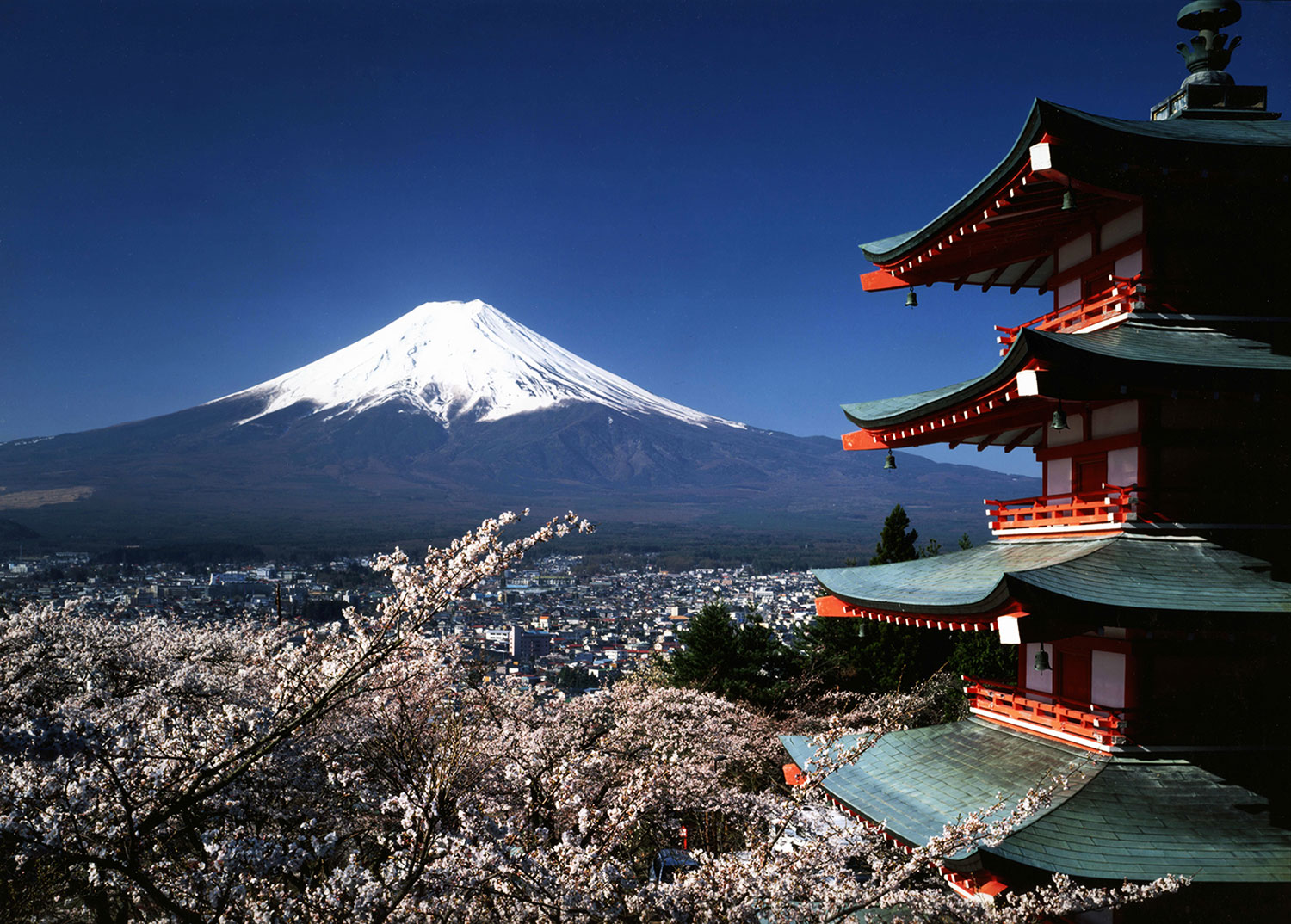 An alternative is to use Google Maps and its Street View function. Although the pictures are not livestreamed, it gives you an idea about the mountain trails.

MAKE A WISH IN ASAKUSA

A virtual trip to Japan would not be complete without a visit to Sensoji Temple. Also known as the Asakusa Shrine, the temple was built in 628 AD. The highlight is the Avalokitesvara Bodhisattva or the Guanyin (the goddess of mercy) housed in the main hall. (Taking pictures inside the hall is not allowed).

Sensoji is the oldest Buddhist temple in Tokyo. Every year, about 30 million visitors come to the site, making it one of the most popular attractions in the capital. 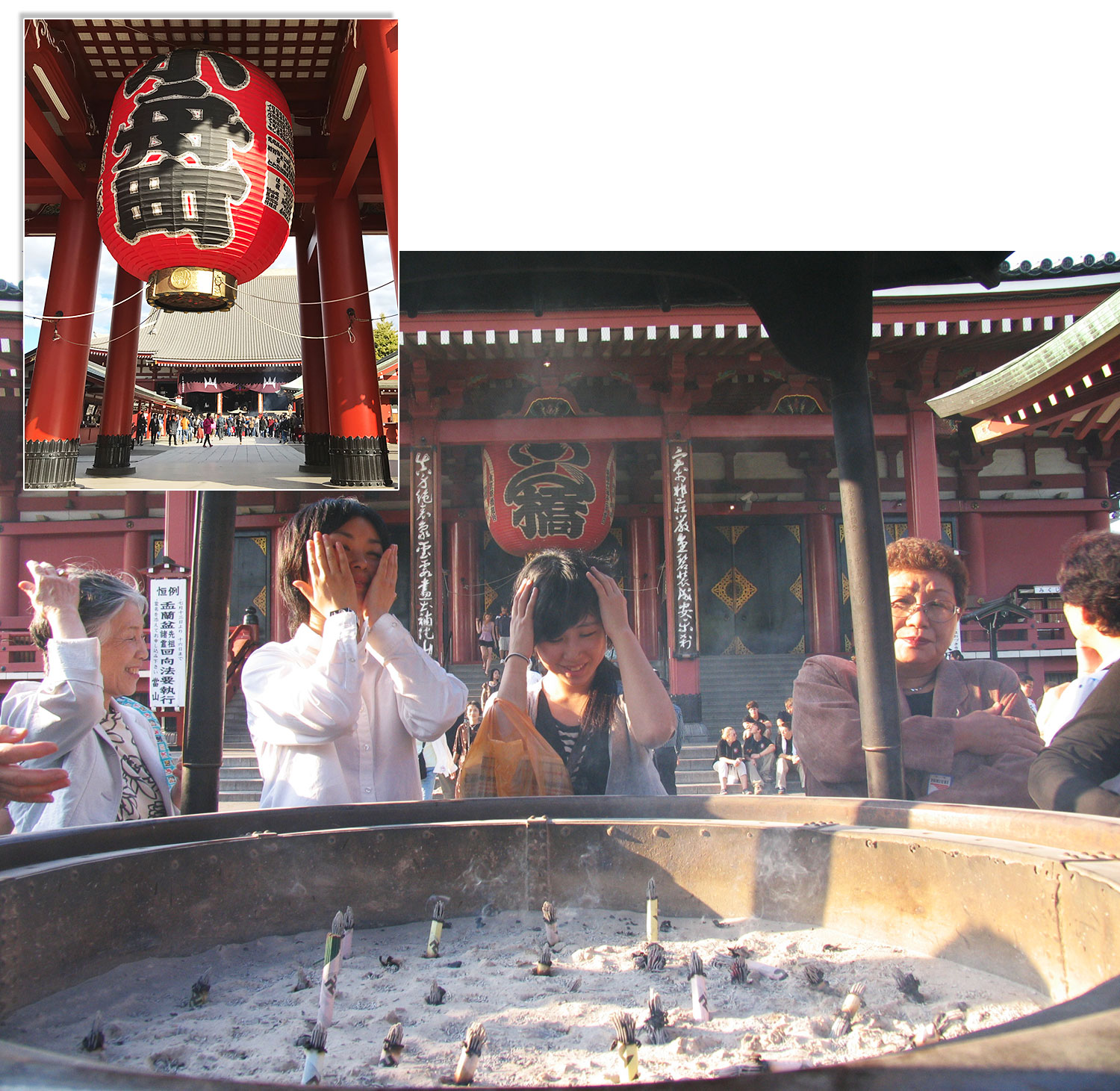 Locals scoop up the smoke of incense sticks to be blessed. (Photo: Karnjana Karnjanatawe)

At the temple website senso-ji.jp/english you can see the pictures and read about its history. Then you can try experiencing a virtual tour via a paid service at toursbylocals.com/makeawishinasakusa.

The guide Gulay will offer a one-hour livestream for a group of up to six participants, touring you around the temple grounds, explaining the traditions and showing what Japanese people do before worshipping the Buddha image in the main hall. You can ask her to write your wish on a wooden plaque. She will hang it there for you to be blessed.

Other websites that offer virtual tours to the temple are Travel Loka at bit.ly/3i8N9Lr, Tokyo Localized at tokyolocalized.com/virtual-tour-tokyo-asakusa, and Magical Trip bit.ly/3zBmBbd.