Beauty and the beasts
Travel

Beauty and the beasts

After three failures in recent years, the Natural Resources and Environment Ministry has successfully pushed the Kaeng Krachan Forest Complex to be listed as a Unesco World Heritage Site.

"To many, this is just another inscription of another world heritage site, but for us, this inscription reflects the commitment and devotion of those who have committed over 16 years of their lives to show the world that we, the people of Thailand, shall preserve this complex for mankind for generations to come," said government minister Varawut Silpa-archa.

The forest is home to a number of endangered species such as Siamese crocodiles, Asiatic wild dogs and yellow tortoises among others. It is also home to the Karen ethnic group.

Regarding public concern over the conflict between Kaeng Krachan Park officials who wanted to relocate the Karen community in Ban Bang Kloy from the reserved forest, the minister promised to tackle the issue by promoting the co-existence of humanity and nature.

"This inscription is not the end of our work, on the contrary, it marks the beginning of the lifelong work to sustain, preserve, restore and ensure the rich biodiversity of all living beings in the complex ranging from plants, animals as well as humans," he noted.

The minister expects that the world's heritage status will also be a magnet to lure more foreign tourists to Thailand in the future.

To mark the country's sixth world heritage site, Life has gathered tourist spots of the three national parks. (We omitted tourism activities in the wildlife sanctuary as it does not serve tourists.)

The park is one of Phetchaburi's most frequented tourist attractions. It covers an area of 1.8 million rai of land, the largest forest among the three national parks in the Kaeng Krachan Forest Complex. The national park is part of the Tanao Sri mountain range, whose highest peak is 1,513m above sea level. 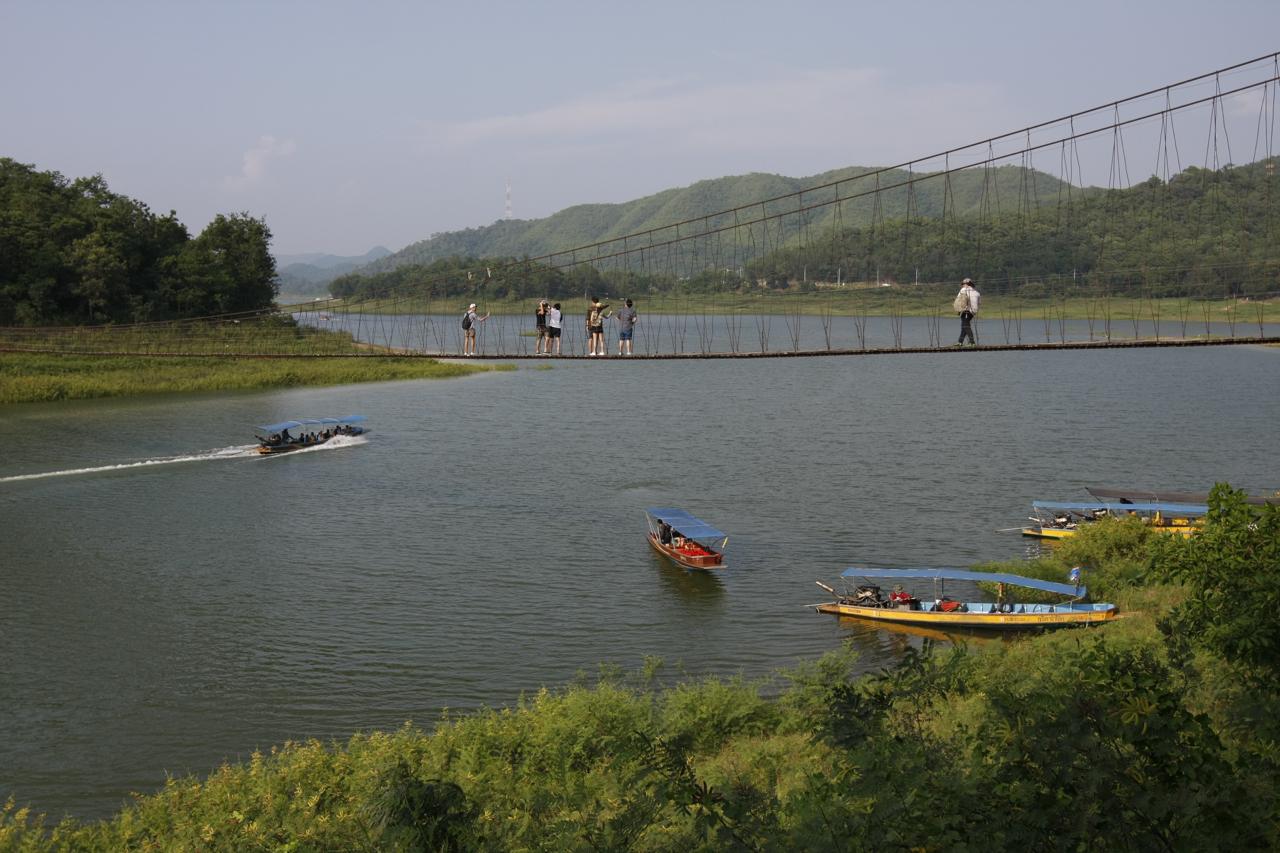 The popular suspension bridge is under renovation. (Photo: Karnjana Karnjanatawe) 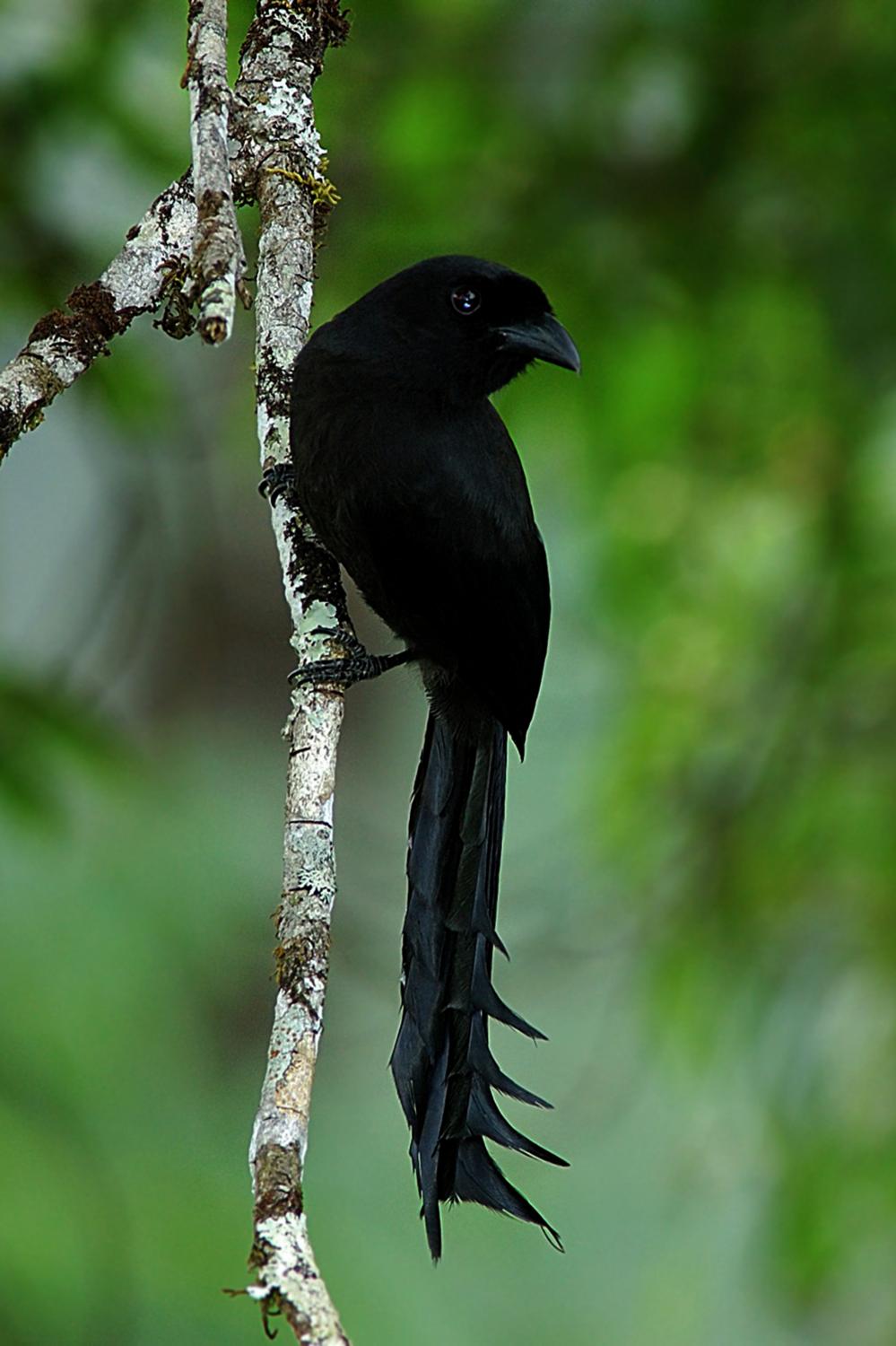 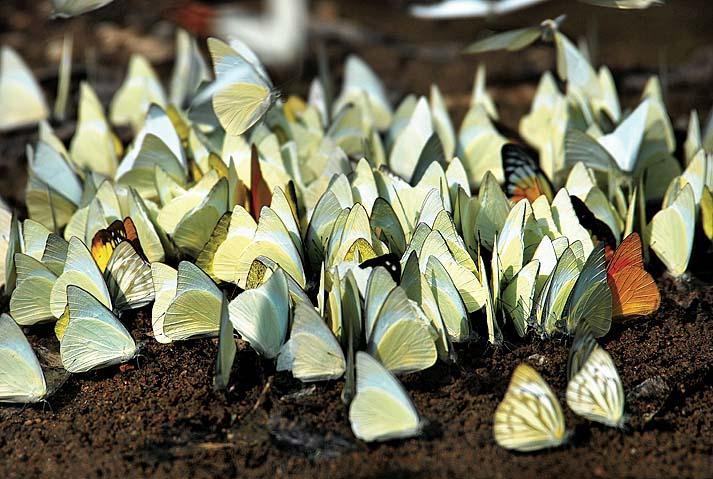 Butterfly watching is one of popular activities in Kaeng Krachan National Park. 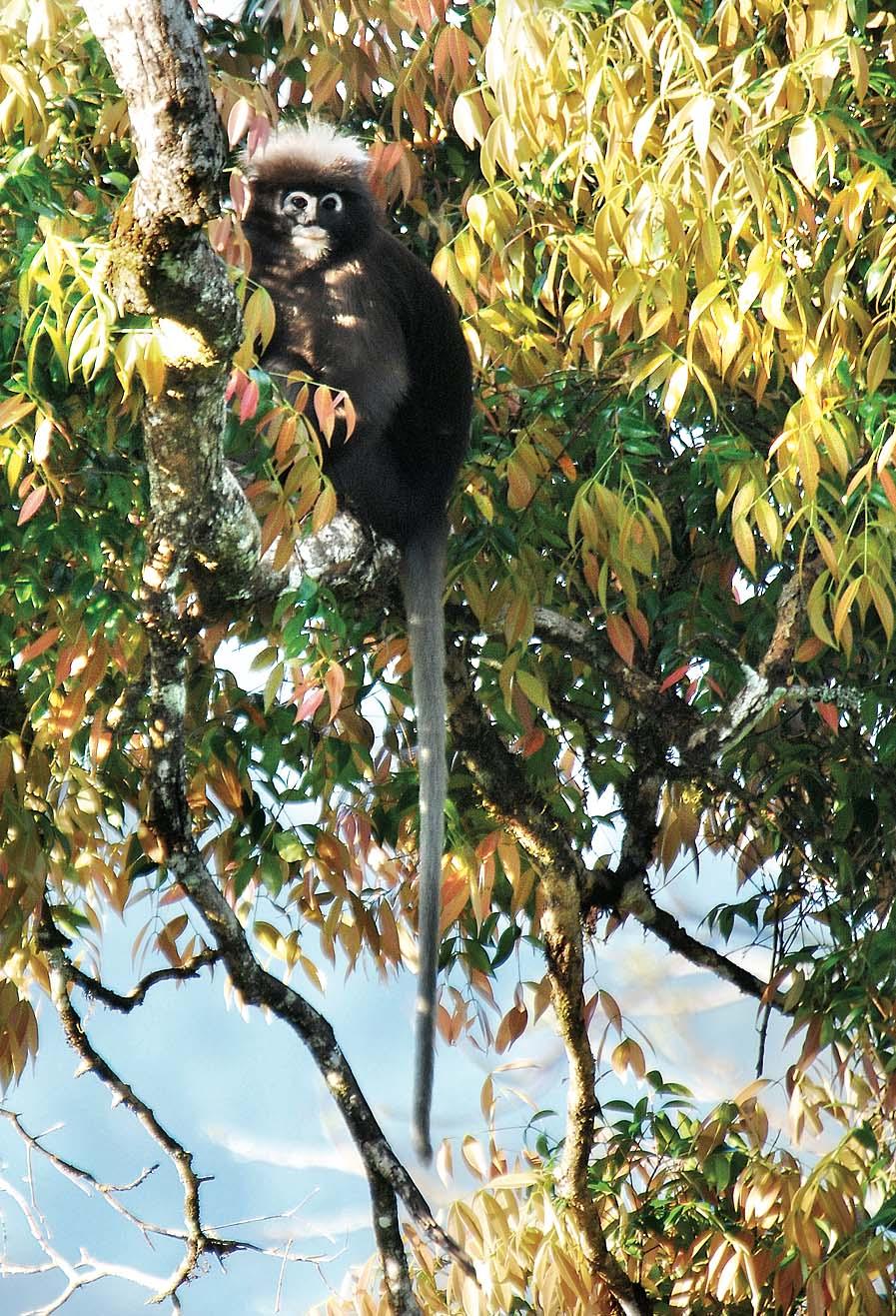 The name Kaeng Krachan was taken from the name of a small island in Phetchaburi River as well as the name of a fishing tool used by Karen ethnic groups who resided along the river for more than a century.

The national park was established in 1981 following advice from King Bhumibol Adulyadej the Great when he expressed concern over the protection of the dense forest area as a source of fresh water for farmers in Phetchaburi.

The forest accounts for 96% of the park's coverage. It consists of five types of forest including moist, dry and hill evergreen, mixed deciduous and dry dipterocarp. It is also the headwater of the Phetchaburi and Pranburi rivers.

From the tourism angle, the park is the closest destination for Bangkokians to see the morning fog clinging to mountain ranges all year round.

The viewpoint for seeing the "sea of mist" is at Phanoen Thung Mountain, 1,207m above sea level. The park does not allow visitors to drive their own vehicles to the scenic viewpoint due to safety concerns. It offers a one-hour pickup ride that is available at headquarters.

The Phanoen Thung mountaintop is also a chance to breathe in fresh air while listening to birds chirping and gibbons calling. If you have a pair of powerful binoculars, you may be able to spot them. With luck, you may see hornbills.

Another spot where you can see the morning mist is a viewpoint at KM36, heading to Than Thip Waterfall. The falls consists of nine levels. It can be reached on foot. The round trip is about 6km. An areal shot of Kaeng Krachan reservoir and the park. (Photo: Thiti Wannamontha) 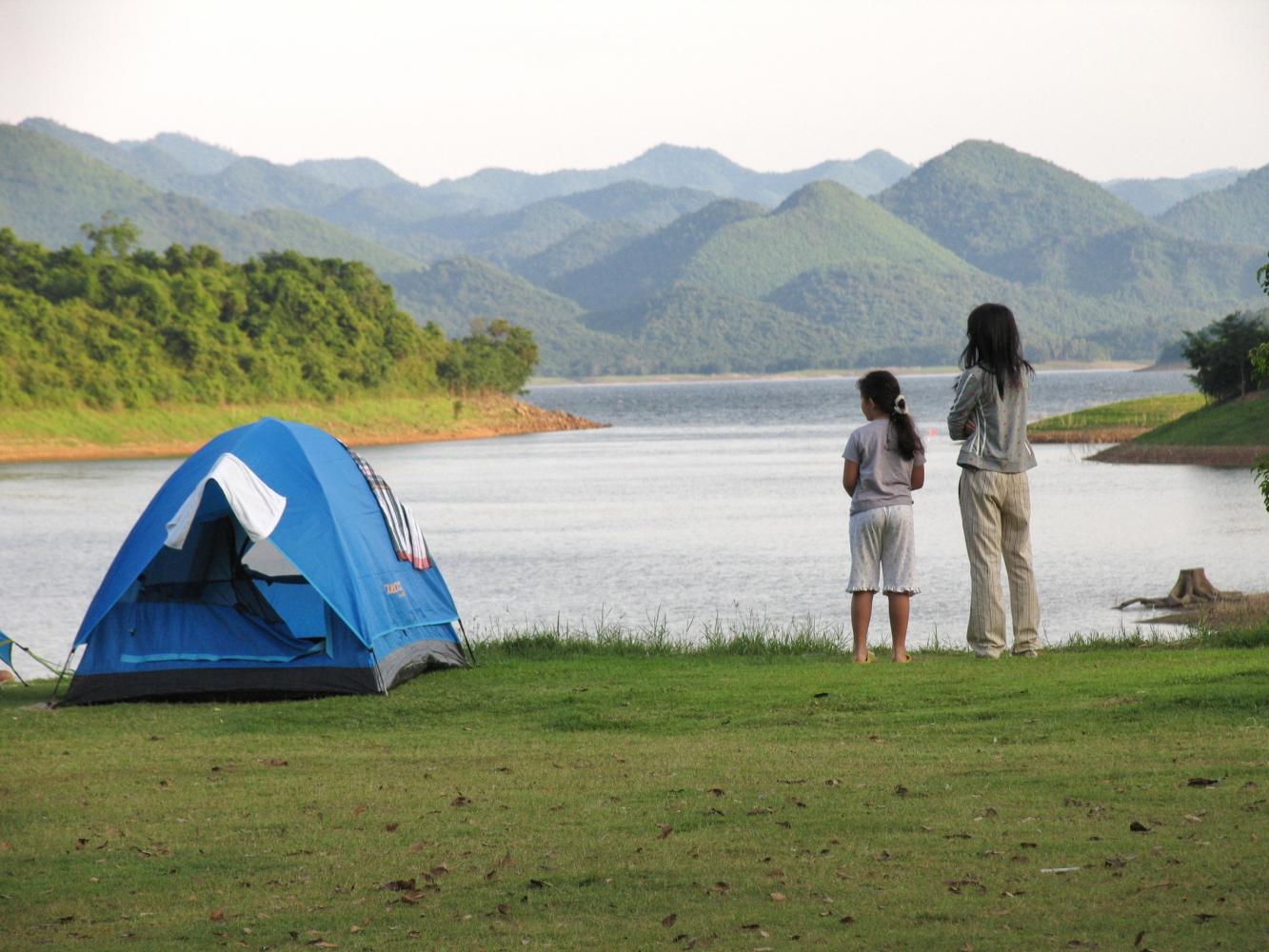 Another popular attraction is Pa La-u waterfall in Hua Hin district, Prachuap Khiri Khan. The falls are about a 90-minute drive from headquarters. The waterfall consists of 15 levels but most visitors stop at the seventh level where they can swim in a cold freshwater pond. The trail to the higher levels of the waterfalls is quite difficult to negotiate and requires a skilful guide.

The national park is a well-known place for observing various types of butterfly. The forest is home to 289 types of these little winged creatures such as spangle, Burmese jungle queen and banded peacock butterflies.

Trekking is another service the park offers. The difficulty of trails can range from simple to hard with options of a two-hour route to overnight stays in the forest.

Last but not least is a visit to the Karen villages. One community that welcomes tourists is Ban Pa La-u, which offers homestay service, farm visits and forest trekking to the Pa La-u waterfall. Another community is Ban Bang Kloy. The village has welcomed visitors since 2018 to experience their simple way of life such as cloth weaving or making bamboo baskets. The community also offers bamboo rafting.

Located about two and a half hours from Bangkok, Kaeng Krachan National Park can be visited all year round. However, some trekking routes are closed during rainy season from August to October.

During this third wave of the pandemic, only attractions in the vicinity of the park's headquarters are open to the public. Tourists can take a walking trail not far from the office or relax by the banks of Kaeng Krachan reservoir.

Located in Prachuap Khiri Khan, Kui Buri is best known for its safari tour, where visitors can observe herds of wild elephants and gaurs in their natural habitats. 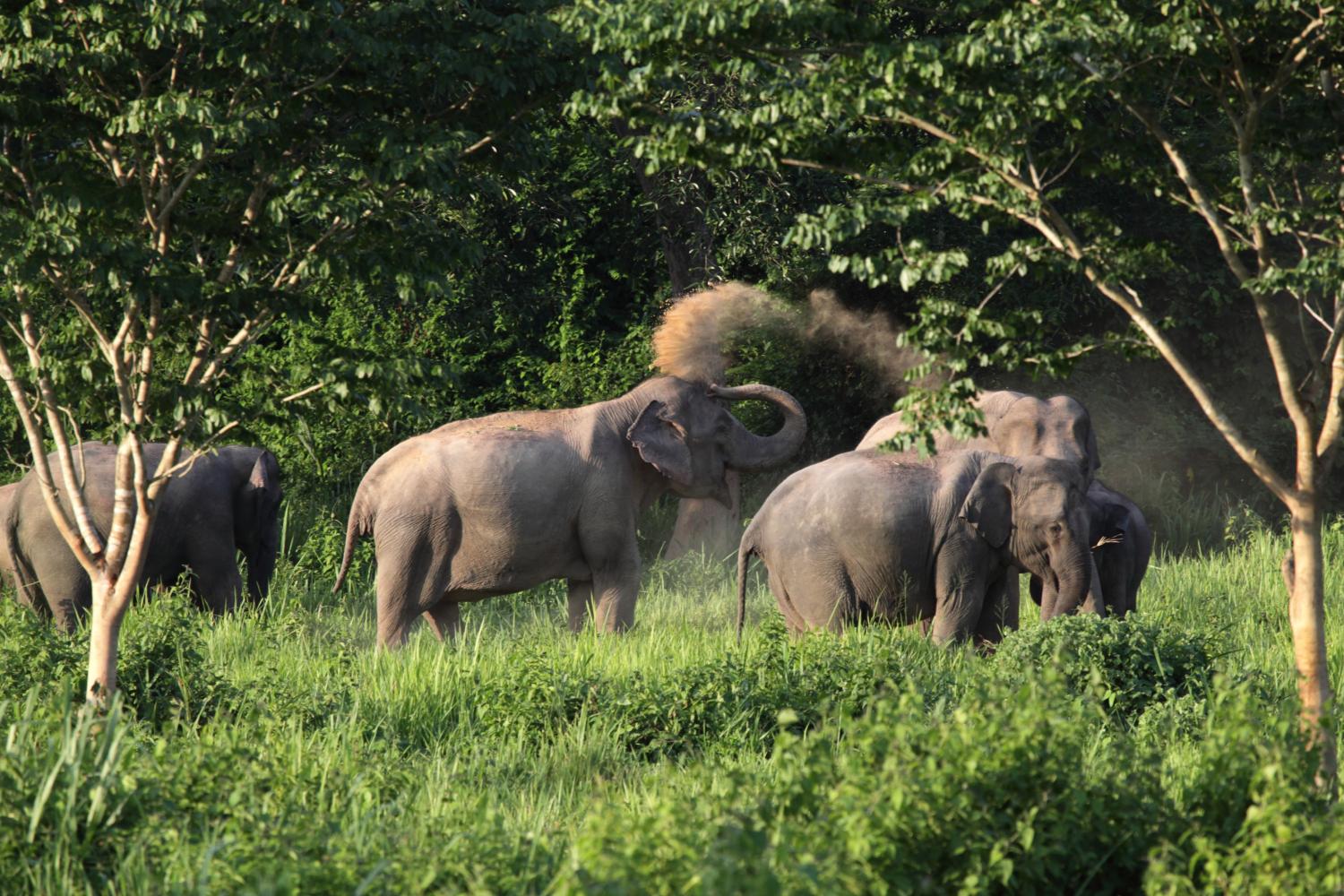 A herd of guars can often be spotted around late afternoon. (Photo: Tawatchai Kemgumnerd) Tourists ride in pickups to see wildlife in the park. (Photo: Karnjana Karnjanatawe)

The park covers 605,625 rai, connecting to Kaeng Krachan National Park to its north. About 40% of the forest is dry evergreen, 39% is deciduous forest and tropical rainforest. The forest also is the origin of the Kui Buri River, spawning at least four waterfalls in the park.

Visitors can trek to some of the waterfalls such as Pha Ma Horn, Pha Sawan and Phraek Takhro with access closed during rainy season.

Other activities include a 3km nature trail, not far from its headquarters, where visitors can learn more about the ecology of the forest in in addition to observing wildlife.

The latter service is a co-project between the park and the Ban Ruam Thai community. The aim is to promote eco-tourism and to generate income for the local community living close to the national park.

The safari tour is available at the park's Huai Luek checkpoint, about a 30-minute drive from the park's headquarters. The service is available in the afternoon and the best time for taking the tour is around 4pm because it is not too hot, leading to a high chance that wildlife will come out of the forest to forage for food.

The tour takes visitors on a 15km route where wild elephants and gaurs can regularly be spotted.

At present, the park is home to some 300 elephants and about 300 gaurs. Sometimes banteng -- an endangered wild cow -- also joins the gaur herd. The park found seven bantengs living in the area.

Since the forest in Kui Buri is connected to the Kaeng Krachan Forest, wild animals roam around. Among them are serow, barking deer, Malayan tapir and marbled cat.

In addition to a wildlife tour, visitors can stop by Ban Ruam Thai for workshops such as roasting fresh mulberry leaves for tea, making natural paper from pineapple leaves or producing homemade pineapple soap or pineapple alcohol gel hand sanitiser. Activities are arranged by Ban Ruam Thai Community-based Tourism. They can arrange a package tour including lunch and dinner if booked in advance.

Kui Buri National Park is about a four-hour drive from Bangkok or about a 90-minute drive from Hua Hin.

The park is open for fully vaccinated tourists for a day or overnight stay. Due to the pandemic, the park limits visitors to 200 per day. Booking is required via the QueQ app (available for both iOS and Android devices).

A safari tour is available from 2-5pm. A pickup can accommodate up to eight passengers. The price is 850 excluding the national park's entrance fee.

This park has the lowest profile and is also the smallest among the three. It is located in Ratchaburi, north of Kaeng Krachan National Park. It covers a forest area of 205,777 rai.

The forest was listed as a national park in 2003, following an initiative of Her Majesty Queen Sirikit the Queen Mother to preserve the land. The Department of National Parks, Wildlife and Plant Conservation named the first two words of the park as Chalerm Phrakiat to honour the Queen Mother when she turned 60 in 1992. According to a park officer, visitors are normally weekend travellers who camp near a stream or the banks of the Thai Prachan Reservoir. 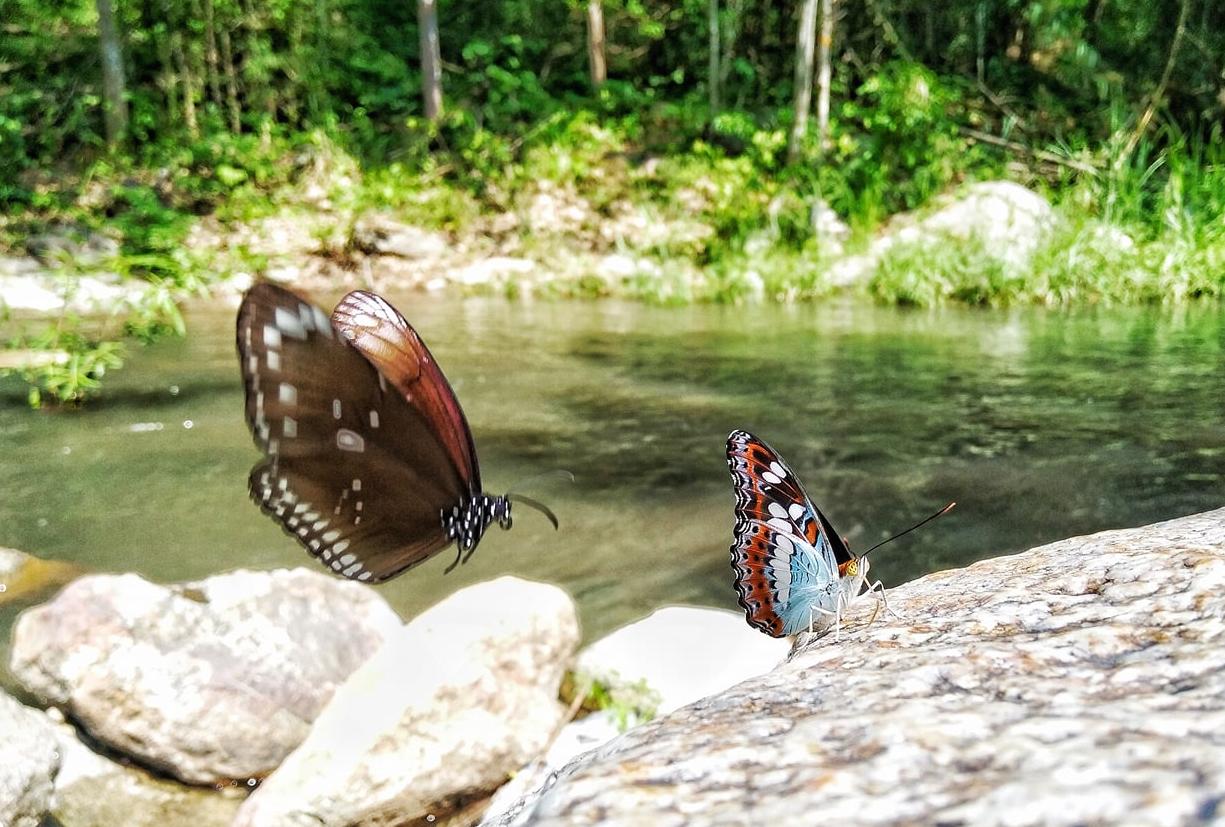 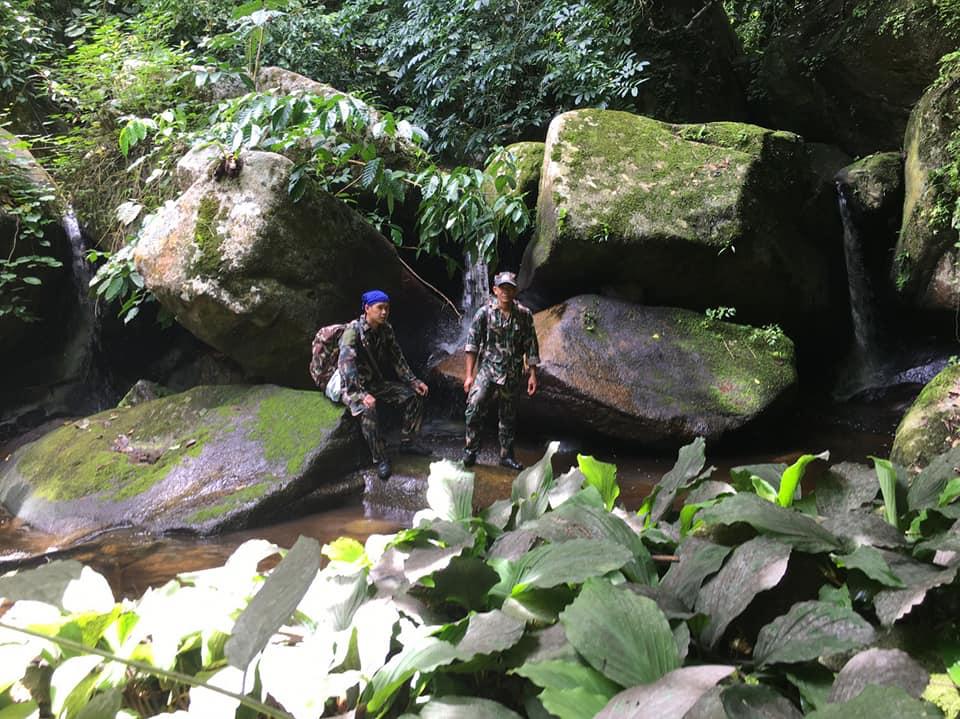 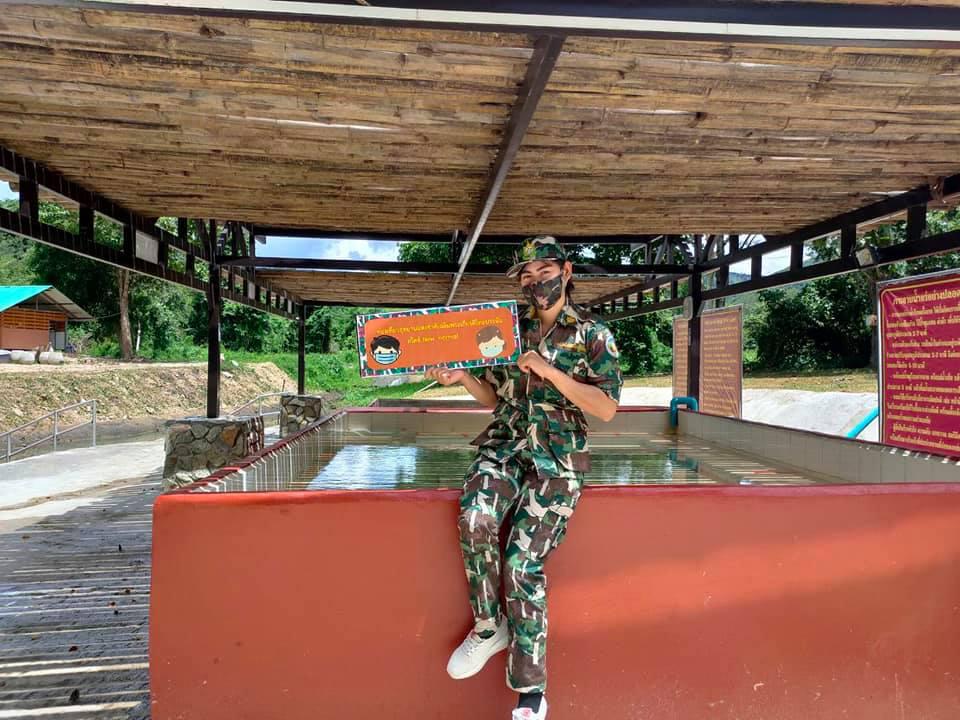 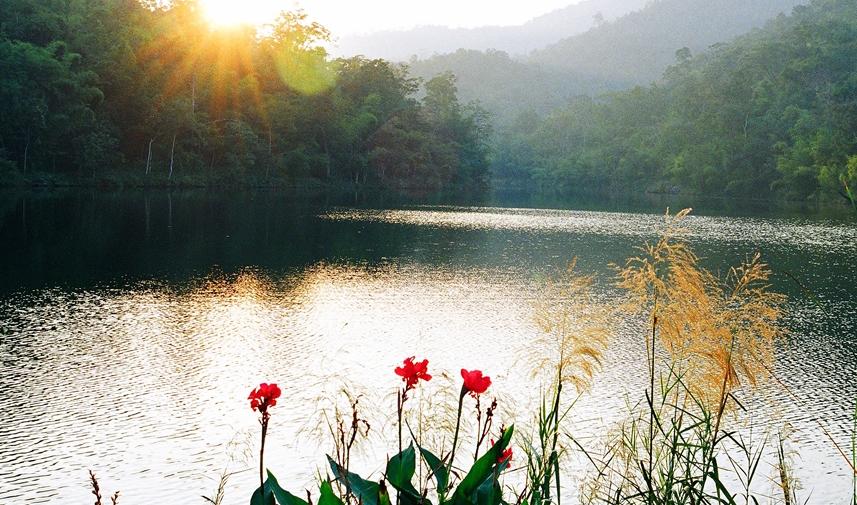 The highlight of the park is for adventure lovers who like to trek through forest to observe hornbills. The access is at Bang Ka Ma Checkpoint, about 15km from park headquarters. However, the park does not have a 4x4 pickup service to transport visitors to the checkpoint.

From the checkpoint, a skilled 4x4 driver is needed to drive the 3km dirt road to the beginning of a walking trail. The round-trip route is about 5km and requires a ranger guide. The service to see hornbills will be available from the end of August until October.

Another activity is a hot spring at Ban Pong Krathing, about 20km from headquarters. However, the facility has been closed during the pandemic.

The Chalerm Phrakiat Thai Prachan National Park is still an unspoiled destination and about a two-hour drive from Bangkok.

The park is open daily from 8am to 5pm. During the pandemic, the park does not allow tourists to camp overnight.