Phetchaburi province is hosting Phetchaburi Harmony World Shadow Puppet Festival 2022 from Sept 9 to 11. The event will be organised by Harmony Puppet Thailand under the supervision of the Semathai Puppet Foundation in collaboration with the Thailand Convention and Exhibition Bureau and Governor of Phetchaburi Nattawut Petchpromsorn.

There will be international puppet shows such as Fusion Wayang Kulit from Malaysia, The Sbek Thom and Sbek Touch from Cambodia, shadow puppet from Taiwan, and Tholpavakoothu & Puppet Center from India.

Phetchaburi Harmony World Shadow Puppet Festival 2022 will be held at the King Mongkut Memorial Park, Phra Nakhon Khiri in Phetchaburi and the exhibition “Life In Shadows” will present collections of puppet art photos from Southeast Asia. Meanwhile, shadow puppetry art from around the world will be displayed at the Nang Yai Museum, Phlapphlachai Temple.

Vietjet airline recently announced the resumption of its Phuket-Ho Chi Minh City route following the easing of travel restrictions. It has become the first airline to re-launch the direct route between Thailand’s most popular beach city and Vietnam’s biggest city.

Vietjet has resumed many services connecting Ho Chi Minh City, Hanoi, and Da Nang with Bangkok since early 2022. The carrier currently operates the largest flight capacity between Thailand and Vietnam and will resume the Ho Chi Minh City — Chiangmai route on Sept 1 with three weekly flights on every Tuesday, Thursday and Sunday.

Chiva-Som invites Thai citizens and expatriates to bask in the current tranquillity of Hua Hin, with superior rates and benefits for stays until the end of September.

For stays until Sept 30, guests will enjoy superior rates with complimentary refilling of their wellness minibar stocked with an array of herbal teas and healthy, nutritious snacks. Guests also benefit from 2,000 baht net credit per night that can be redeemed against wellness treatments of their choosing.

This all-encompassing retreat includes accommodation, whether for one guest or two, signature wellness cuisine served overlooking the ocean, consultations with specialists, a daily schedule of exercise and activities, and unlimited use of the wellness facilities. Guests will also enjoy one complimentary wellness treatment per night: options include Chiva-Som’s signature massage, an array of hydrotherapies including relaxing flotation and the powerful jet blitz, and pampering beautification from head to toe.

Rates start from 13,000++ baht per person per night. This offer is applicable to residents of Thailand (including expatriates) only.

Every Tuesday, guests will be treated to a spicy selection of Indian and Middle East treats with “Tandoori Tuesdays” (599 baht net per person). Menus include tandoori, kebabs, tikka, flatbreads, pappadums, pickles, hummus, mezze, tabouleh and more.

Then on Thursdays, diners can embark the “Taco & Nacho Thursday” (499 baht net per person) offer featuring an unlimited selection of tacos and nachos with plenty of tasty toppings, including meat and vegetables and ten levels of hot sauce.

June 29 is Siam Bakery’s midweek special where chefs invite guests to savour the authentic ﬂavours of Spain with unlimited tapas, gazpacho, paella, churros and much more at “Spanish Wednesday” (679 baht net per person).

On June 12, there will be the “Raclette and Delicatessen” (799 baht net per person) event especially for cheese lovers. The “Month-End Buffet” (499 baht net per person) at Siam Bakery will be hosted on June 26 where dishes include a sumptuous selection of roasted meats, including pork, rib-eye beef and chicken, along with enticing appetisers, crisp salads and divine desserts.

Indonesia’s Borobudur temple may charge more for admission. The temple may start charging US$100 (3,443 baht) for foreign tourists to climb to the top of the main temple, an Indonesian minister has said, to preserve the nation’s historical and cultural heritage. 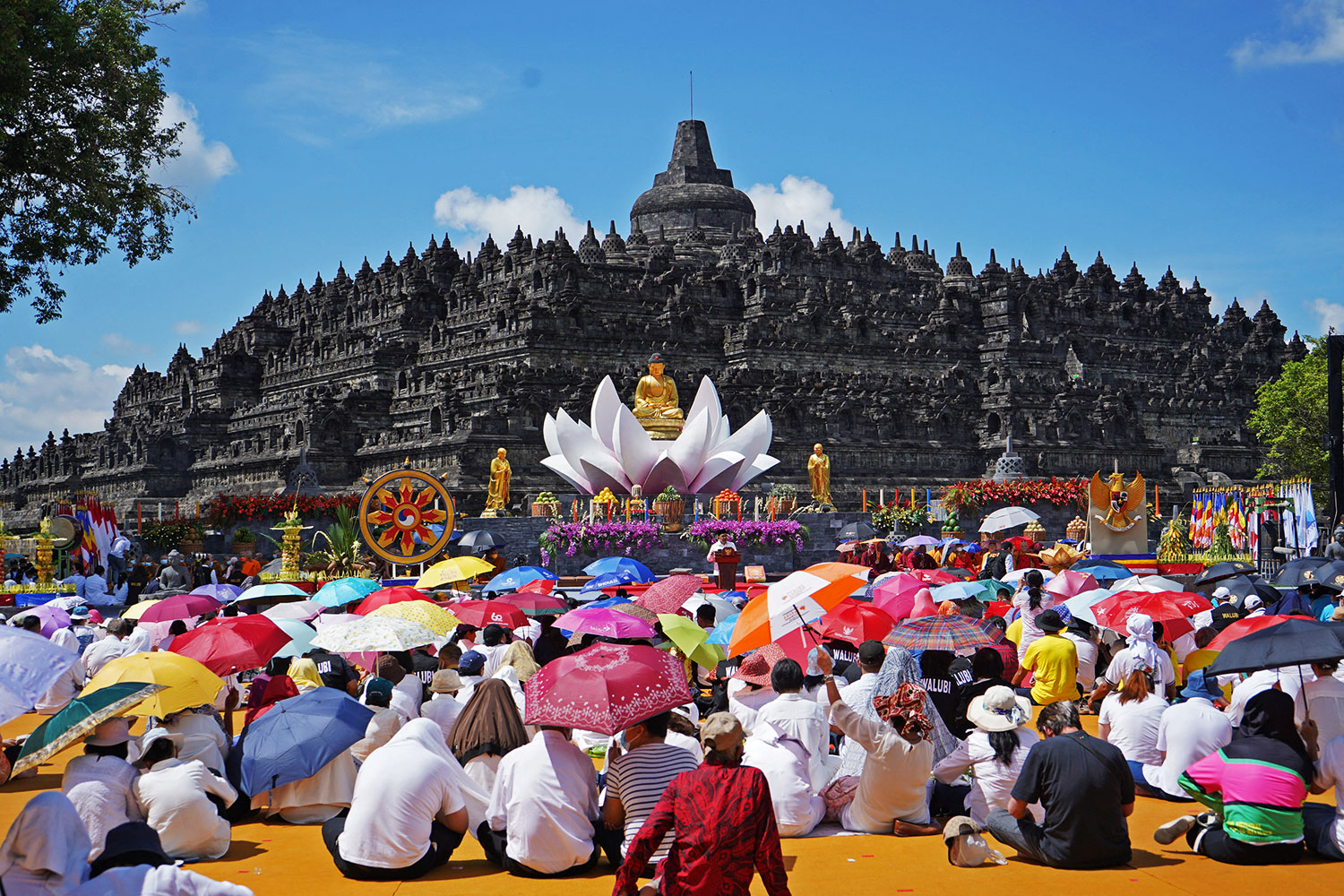 But the statement by Coordinating Minister for Maritime and Investment Affairs Luhut Pandjaitan in a social media post came under fire as many people criticised the new charge for the Buddhist temple as too expensive.

The plan is for the new fee to be charged in addition to the current $25 entrance fee.

For locals, 750,000 rupiah (1,793 baht) is planned as the new charge, Pandjaitan said, adding that only 1,200 people will be allowed to climb to the top of the Unesco World Heritage site in central Java per day.

Currently, the entrance fee for Indonesian tourists to the Borobudur temple compound is 50,000 rupiah, which includes admission to the top of the temple.

As netizens bombarded the account of Pandjaitan with protests against the plan, saying that only rich people can go up to the top of the temple, Tourism and Creative Economy Minister Sandiaga Uno said on Monday that the government will listen to suggestions from the public and experts before making a final decision over the new fee.  (Kyodo News)