Bangkok on Monday topped a poll of the top 10 cities in Southeast Asia, as voted for by visitors to the Travel + Leisure Southeast Asian website. 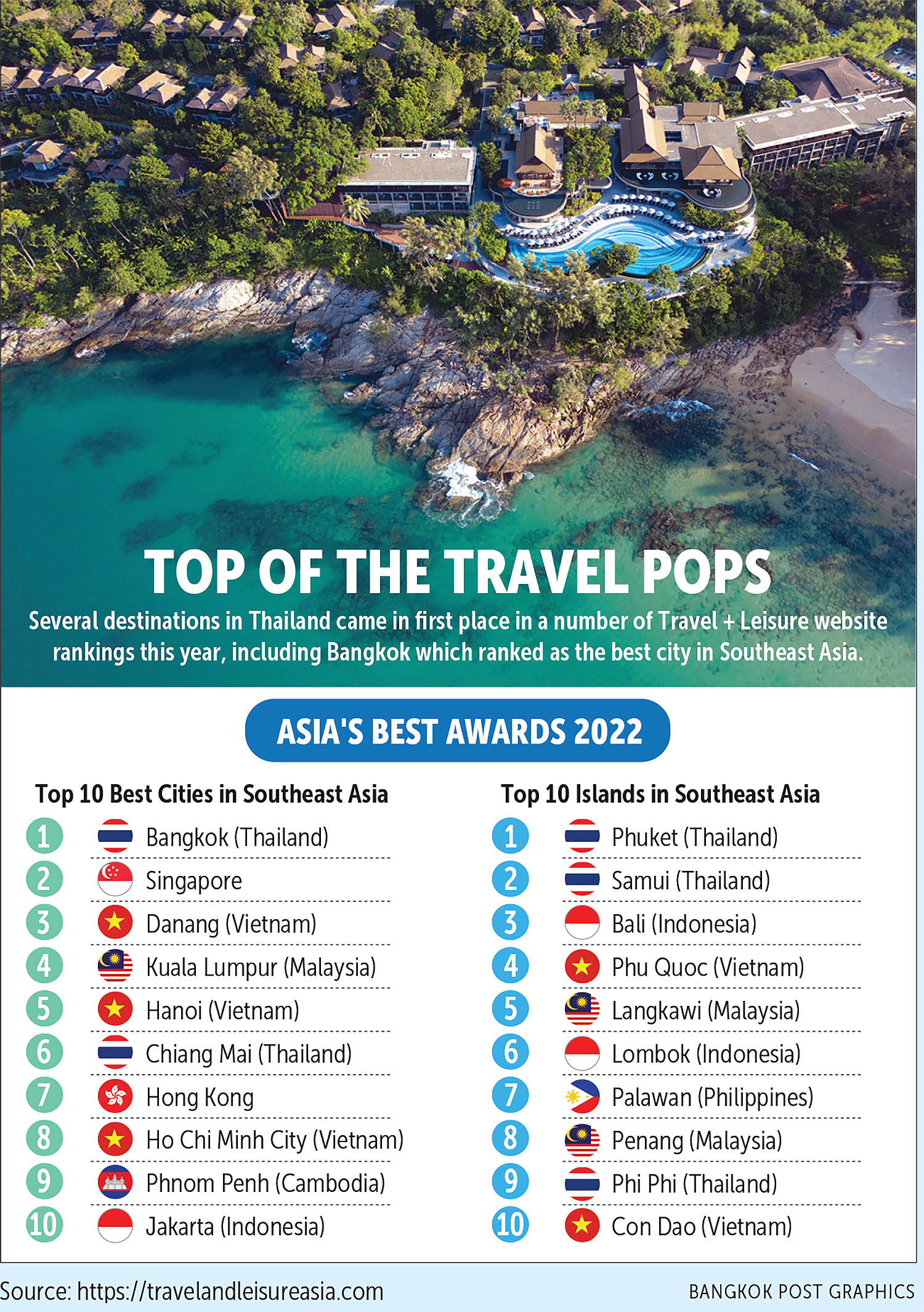 The website said there are endless reasons why Bangkok has long-reigned as the most visited city in the world -- and the metropolis is picking up just where it left off pre-Covid.

"If warm smiles, spicy street food, and feeling the wind in your hair as you glide through the city on a motorbike or tuk-tuk are appealing, Bangkok certainly hits the mark.

"If you prefer high-thread-count linens in your private-pool suites and Michelin-starred meals, the city also has you covered. Whether you're just spending a night en route to the islands, using Bangkok as a hub for further exploration of Southeast Asia, or visiting for what we advocate should be a dedicated vacation in its own right, there is no shortage of options,'' it said.

The website this year also named Phuket and Samui first and second, respectively, on its list of "Best Islands in Southeast Asia".

"The prime minister thanks the Thai people for being good hosts and offering Thai charm and identity," the spokesman said.