A slice of Andaman paradise
Travel

A slice of Andaman paradise

As Koh Lanta welcomes tourists back, locals are working hard to promote sustainable tourism and the local identity

After six months of closure for the rainy season, Koh Lanta is now reopening to the outside world.

Due to mass tourism, Koh Lanta has grown from island communities to an urban sprawl of hotels, restaurants, bars and shops. In 2019, nearly 300,000 tourists poured in. But with the pandemic and suspension of international travel, tourists vanished and businesses came to a halt. However, after more than two years, Koh Lanta is coming back to life again as the country is fully open to foreign visitors.

Regardless of Covid-19, infrastructure development has been under way to prepare for a tourism boom. The Department of Rural Roads finished construction of a 21km two-lane road on the eastern side of Koh Lanta last year. It will also build a new two-lane 2.2km bridge connecting the island to Krabi next year. The landmark project is due to be completed in 2026.

While community residents have hailed the improvement in the standard of living, they have also raised concerns that the new bridge will speed up overtourism and urban sprawl. "It will boost the economy at the expense of our environment," said Auraiwan Kueachat, a local waste recycling business owner. "Given our small island, overpopulation really affects our environment. For example, it generates a lot of waste per day."

Koh Lanta consists of 53 islands, but only four of them -- Koh Klang, Koh Lanta Noi, Koh Lanta Yai and Koh Por -- are inhabited. According to an official record, there are 34,000 community residents -- mostly Muslims -- but its hidden population accounts for another 34,000.

Some villagers are making an effort to protect their way of life. Hidden on the eastern side of Koh Lanta Yai, Tung Yee Peng is an age-old community of Muslims. It takes its name after an early settler from Sai Buri, or Kedah, in Malaysia. Nowadays, locals catch fish and grow crops for a living. Protected by law, its community forest covers 1,955 rai of land. Mangrove trees flank a canal that connects to the vast sea.

"We cannot escape tourism, but can choose to design it in our own way," said Narathon Hongthong, president of the Tung Yee Peng Ecotourism Community Enterprise.

It is not the first time island communities have come under external pressure. In the 1980s, the government granted concessions to a factory, and more than half of the island's locals were employed to cut mangrove trees to make charcoal. Special rights were scrapped in the 1990s when tourism gained ground and attracted the local workforce. In the meantime, capitalists bought land for development. 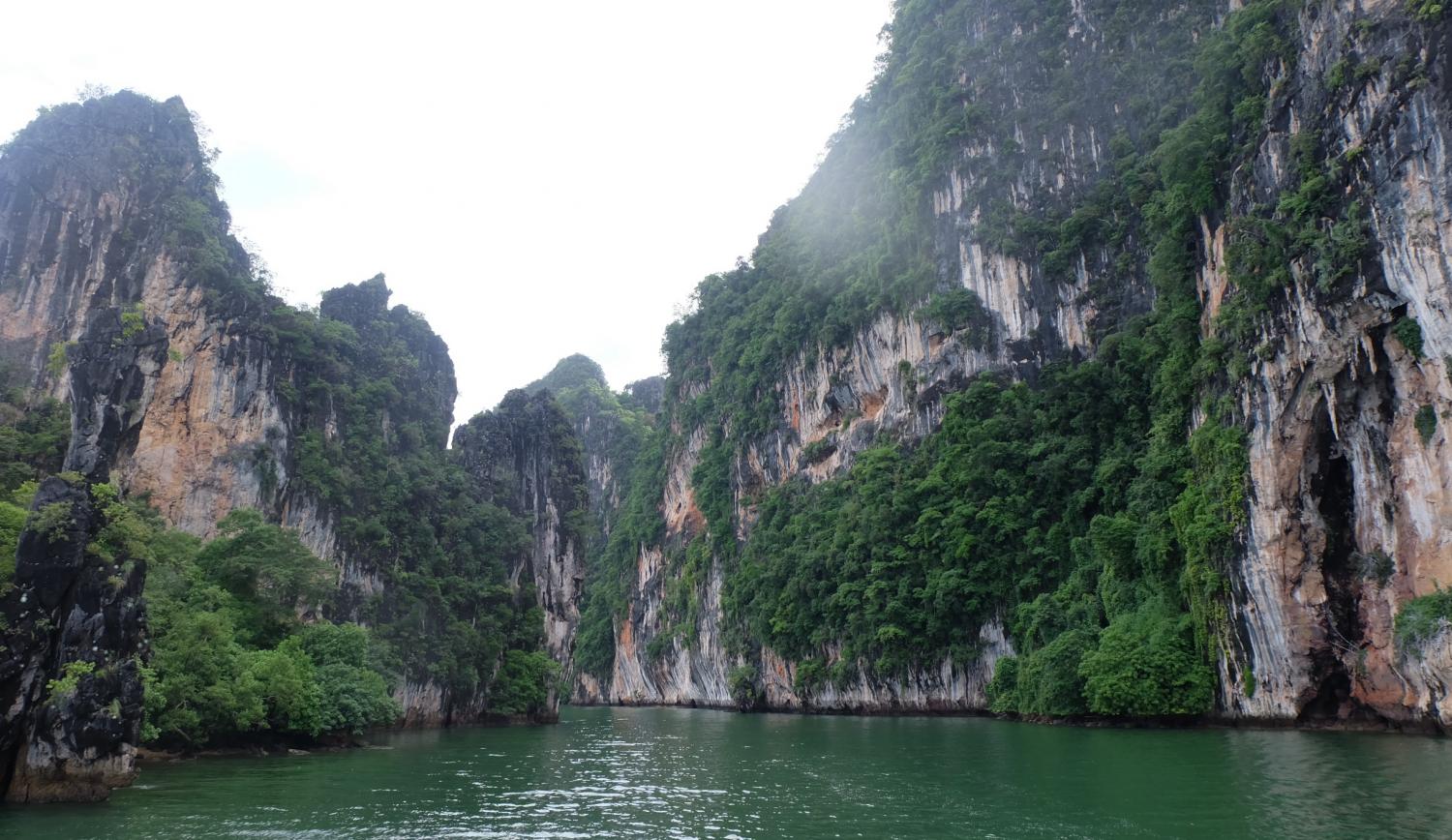 A turning point came in 2003 when Narathon returned home and decided to join like-minded friends in creating community-based tourism. Package tours during off-peak hours provide opportunities for tourists to explore the local lifestyle, such as homemade cuisine, music and charcoal boats (local gondolas), at a slow pace. It caps the number of visitors at 100 per day.

"A group of six French tourists stayed with us for three days in 2003. They went to sea, splashed water in the canal and had a picnic on the beach at night. On the last day of their trip, they said they didn't want to leave. It is a reminder of tourism that caters to experience. I think we have everything -- the Sun, the Moon, serenity and nature -- people want," he said.

In fact, it is not only island communities but hotels that have taken up environmental stewardship. Surrounded by tropical forest, Pimalai Resort & Spa has been unwavering in the sustainable use of natural resources and the protection of the environment. Charinthip Tiyaphorn, a second-generation owner of Pimalai, recounted her childhood experience when the construction of the hotel started.

"In those days, there was no electricity and roads. I came here by ferry. I stayed at a camp and had nothing to do. It was like being a castaway. It was not a memorable experience, but a close bond developed because the resort has grown from scratch and contributed to the island," she said. 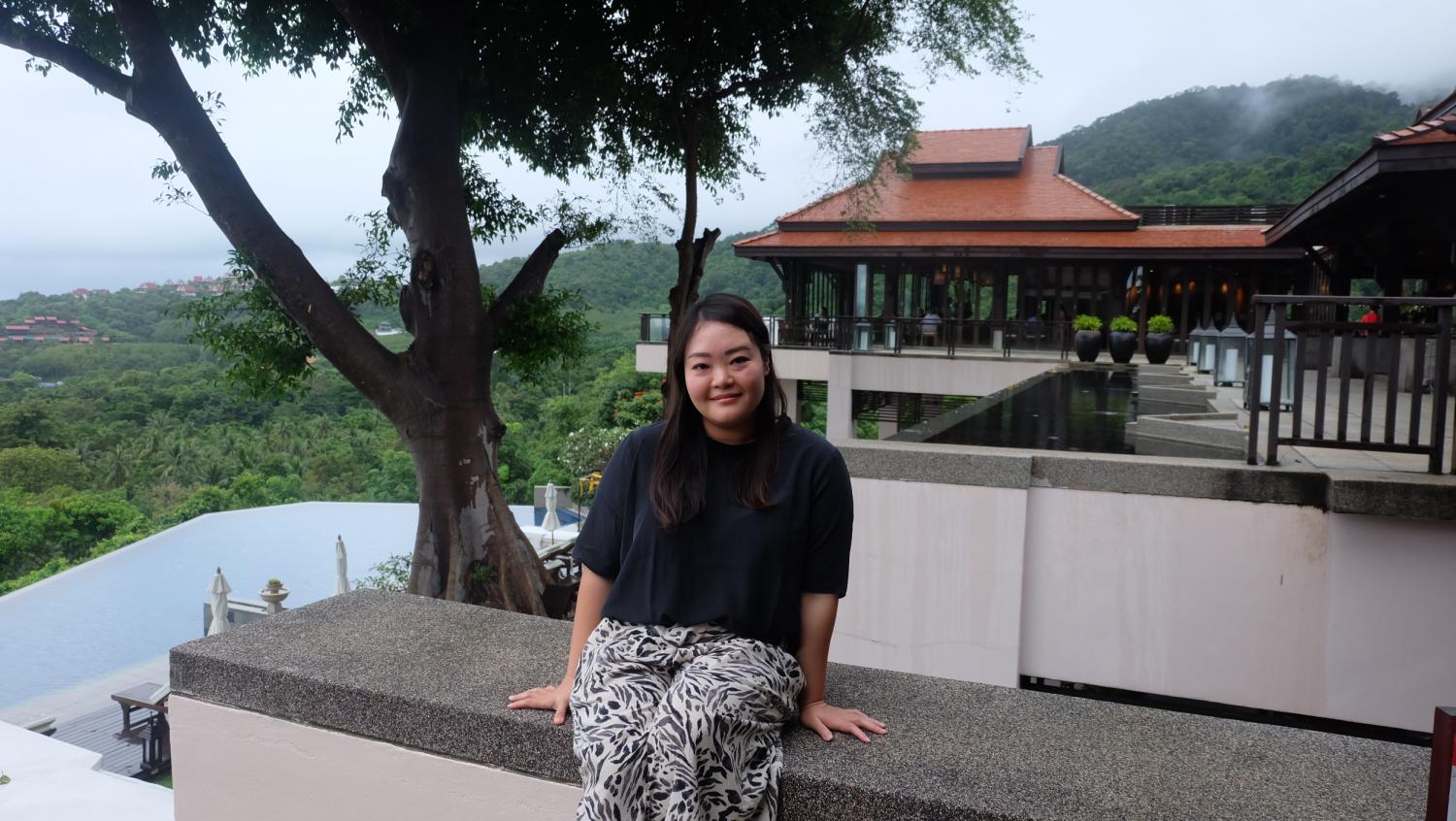 Charinthip said the tourism boom contributed to an expansion of hotels and resorts, but the fact that they are not high-rise buildings and zoning regulations remain in place still helps maintain the human-nature relationship. The construction of the new bridge will bring opportunities and challenges. When more tourists pour in, they will stimulate economic activity, but pollute the environment.

"Our business is doing well because we sell clean air, a beautiful beach and the forest, and thus must protect it. Also, the impact of climate change is real. Extreme weather events are becoming more frequent. We should do everything to slow it down," she said.

Pimalai has launched sustainability campaigns including beachfront cleaning, zero food waste and water treatment. For a decade, its key to success was in the reduction of waste by 90% and the production of fertiliser. This year, it has released turtles and crabs into the sea. It is now studying the feasibility of transitioning to electric vehicles and implementing a carbon footprint tracking scheme.

"Covid-19 taught us we cannot work alone. Hotels and local communities must join hands to pursue the goal of sustainability," she said. 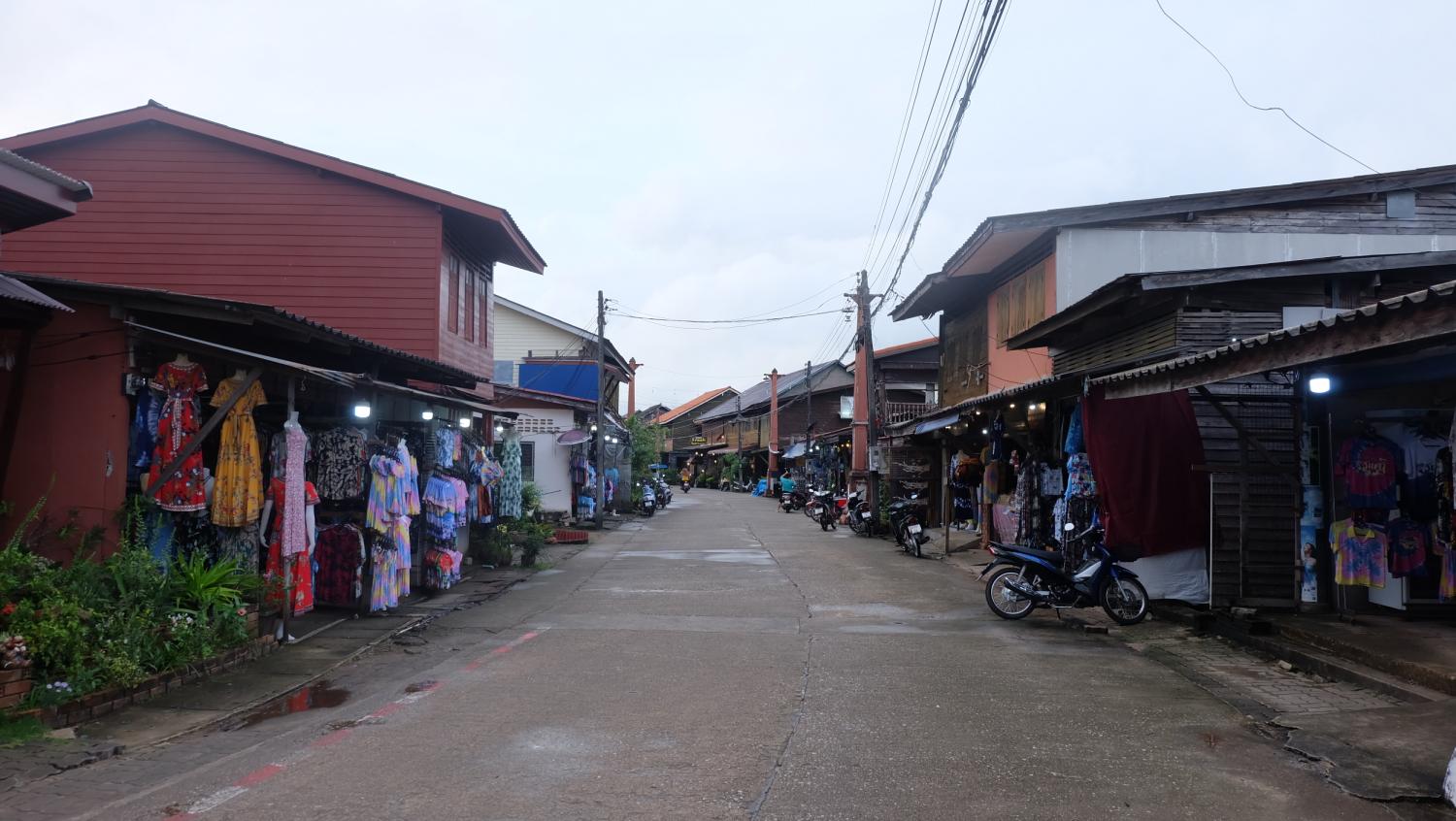 It is also a daunting task for local authorities. Before Covid-19, Koh Lanta was touted as a paradise for foreign tourists. But the advent of the pandemic stunted international travel. Following reopening, tourists are trickling in. Still, the local government is tapping into new opportunities, such as tourists from neighbouring countries like Malaysia.

Nopparat Sriprom, Koh Lanta district chief, took up the post eight months ago. He said the new bridge will be "a turning point" that opens up the island to domestic and international visitors. Despite environmental challenges, laws will set the direction of development. City planning and zoning maps are now in place. And there are other regulations for different zones, including the national park, the non-hunting area and the national forest.

"Next year, we will launch the Koh Lanta Declaration to ensure that the protection of natural resources goes hand in hand with tourism," he said.

Sustainability apparently has become a permanent fixture, but it is more than environmental protection. Nopparat plans to promote local identity to ensure that communities can take pride in their roots. Next month, an event is scheduled to promote villages that show the potential for community-based tourism. 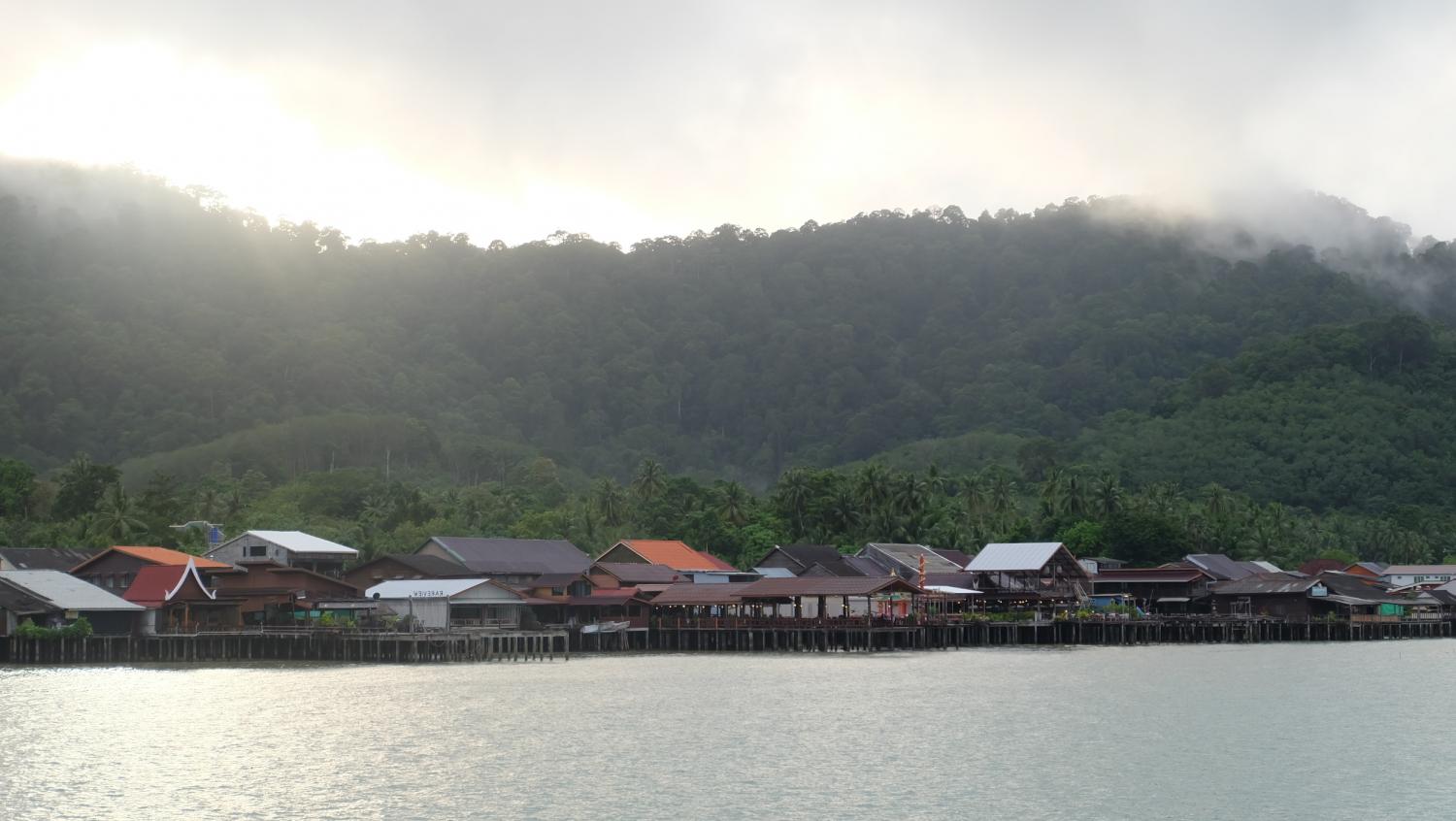 "We must cultivate local pride. If we support community tourism and public participation, vulnerable groups will be able to get back on their feet," he said.