Bangkok has been named among the top 10 destinations in the world to celebrate New Year's Eve this year as it booms back to life after the Covid-19 pandemic, according to a CNN report.

The report said Bangkok often tops roundups of Asia's best nightlife cities. So of course, it's a natural place to ring in the New Year if people like crowds, bright lights, noise and revelry. 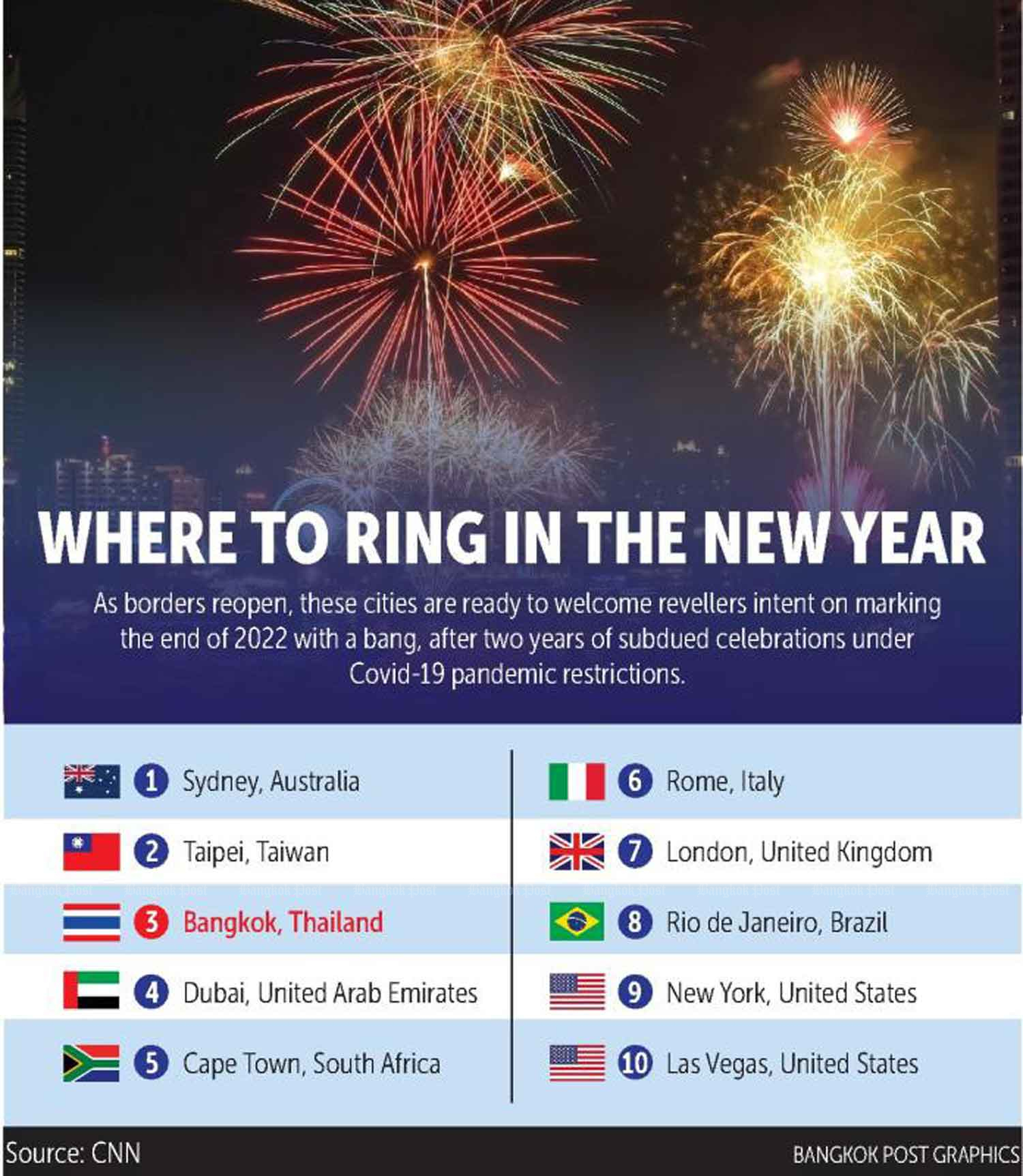 "You may want to continue the celebration at one of Bangkok's stunning bars such as Sky Beach Bangkok, the city's highest bar, or Sirocco, also set high above the bustling streets," the report said.

And when the revelry becomes a hangover, enjoy some downtime on Jan 1 at a temple such as Wat Pho, with its reclining Buddha, it said.

Apart from Bangkok, CNN said the other nine great places where people can enjoy New Year's Eve are Sydney in Australia, Taipei in Taiwan, Dubai in the United Arab Emirates, Cape Town in South Africa, Rome in Italy, London in the United Kingdom, Rio de Janeiro in Brazil, New York and Las Vegas in the United States.

Airports of Thailand (AoT) expects around two million passengers to pass through six international airports under its management during the New Year holiday period.

Out of the 12,190 flights which will land from now until the end of the year, 6,850 are international, with the number of foreign tourists expected to be 87% higher for this New Year, according to AoT president Nitinai Sirismatthakarn.

The survey found 57.4% of respondents polled were more likely to visit Thailand than other countries in Southeast Asia.

Mr Anucha said nearly 11.5 million foreign tourists visited the country this year, bringing in about half the income reported by the sector in 2019, right before the pandemic struck.

He added the government is expecting at least 2.38 trillion baht in tourism revenue next year.