Any tour of this Taiwanese city worth its salt should take in the shrines, art, commerce and nature that make it special

published : 19 Jan 2023 at 04:00
newspaper section: Life
writer: Pattarawadee Saengmanee
The ancient town of Tainan served as the capital, making it a wonderful place for tourists to discover Taiwan's rich history and cultural heritage.

Guardian generals Shunfeng Er and Qianli Yan are stationed at the entrance of the Orthodox Luerhmen Sheng Mu Temple in the southern town of Tainan. Shunfeng Er can hear any sound on the wind, while Qianli Yan can see things up to 1,500km away.

As the Chinese New Year approaches this Sunday, Taiwanese pilgrims and tourists are assembling in front of a highly revered statue of the sea goddess Mazu made during the Ming dynasty to offer prayers for safety, good fortune and prosperity.

It's Taiwan's largest Mazu shrine, which is situated on what was previously known as the Taijing inland sea. Legend has it that Sheng Mu shrine was built on the Bei-Wei and Luerhmen islands by a group of fishermen in the 12th century before general Zheng Cheng-kung, also known as Koxinga, arrived in Taiwan in 1661 and implored Sheng Mu to help his navy drive out the Dutch.

Following victory, he built his empire and restored the Luerhmen Sheng Mu Temple. After the temple was inundated in 1831, hundreds of god sculptures were relocated for 87 years to the nearby Hai-An temple. In 1913, a Wang Ye ritual boat from Quanzhou's Fumei Temple was discovered adrift not far from the current location of Luerhmen Mazu Temple.

In honour of Sheng Mu and Wang Ye, local pilgrims requested permission to rebuild the temple. Later in 1975, the compound was enlarged, with Beijing's Forbidden City serving as design inspiration. 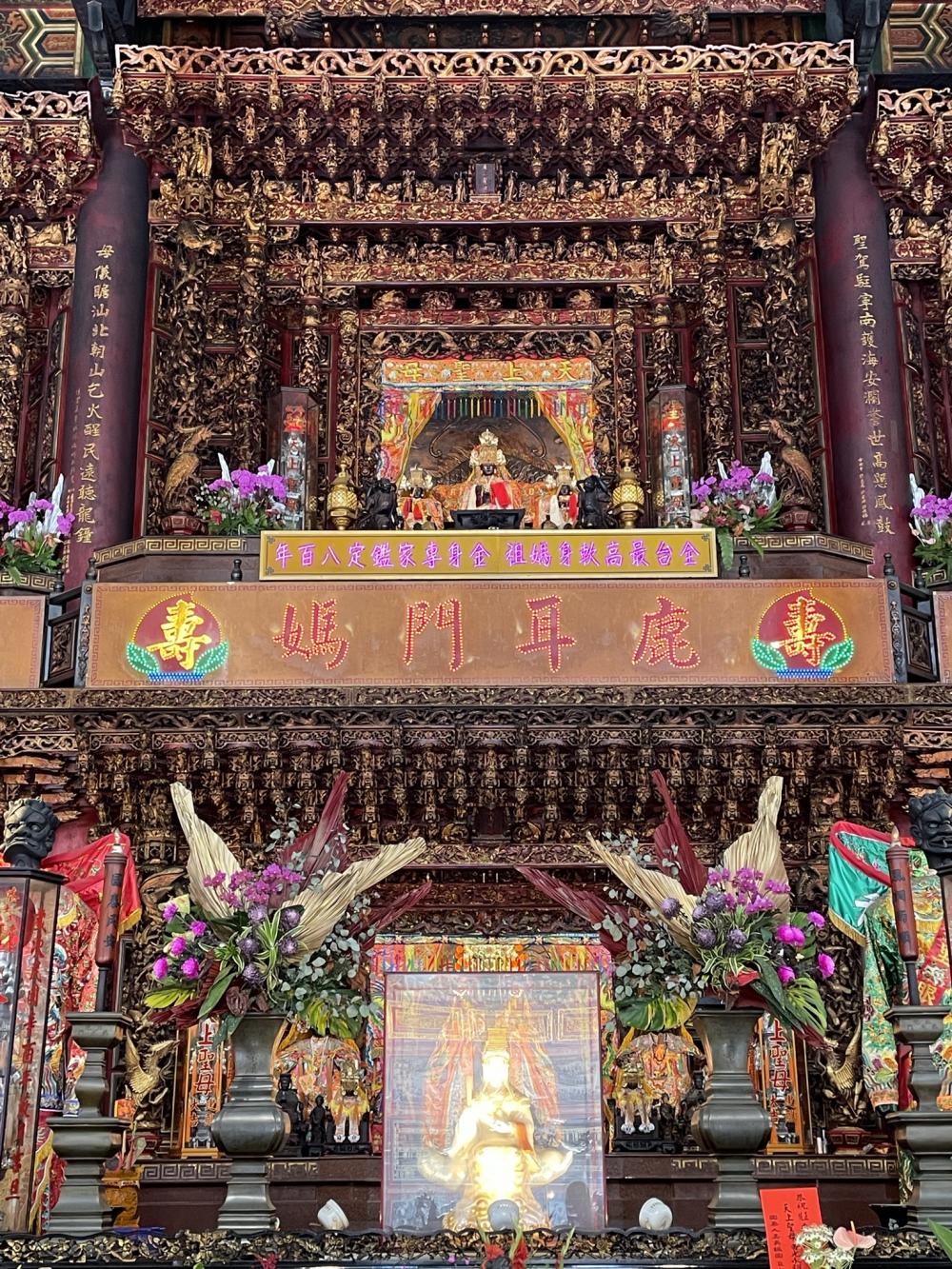 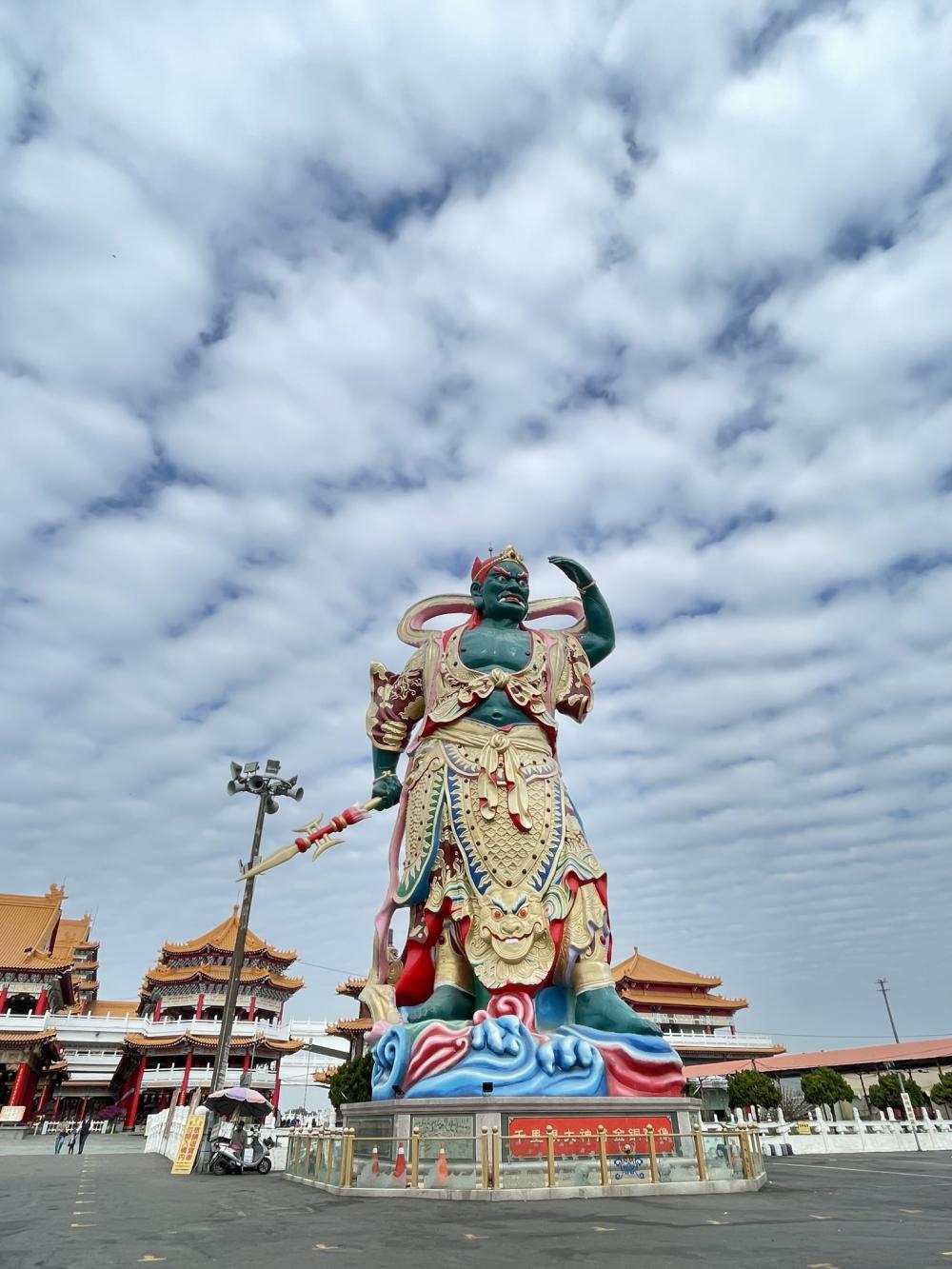 The right door serves as a main entry for pilgrims and a pilgrimage starts at the Five Kings' Palace, where statues of the five royal lords (Li, Chih, Wu, Chu and Fan); Master Jing Jhu and Master of King Boat; and the Goddess of Childbirth are enshrined.

In a display of outstanding Chinese craftsmanship, the walls, ceiling and pillars of the buildings are covered with a variety of painstakingly engraved murals that depict significant scenes from local mythology and Confucius teachings such as the 24 Filial Exemplars and Eight Immortals. Other auspicious creatures and plants including a bat symbolising happiness and blossoms of fortune are also on view.

Not far from the temple, visitors can immerse themselves in the beauty of nature by taking a tube raft to explore the Sicao Green Tunnel. Part of Taijing National Park, this wetland is bordered by a lush mangrove forest, home to a variety of plants, aquatic animals and birds, making it a great place for local families and tourists to learn about marine biological diversity. 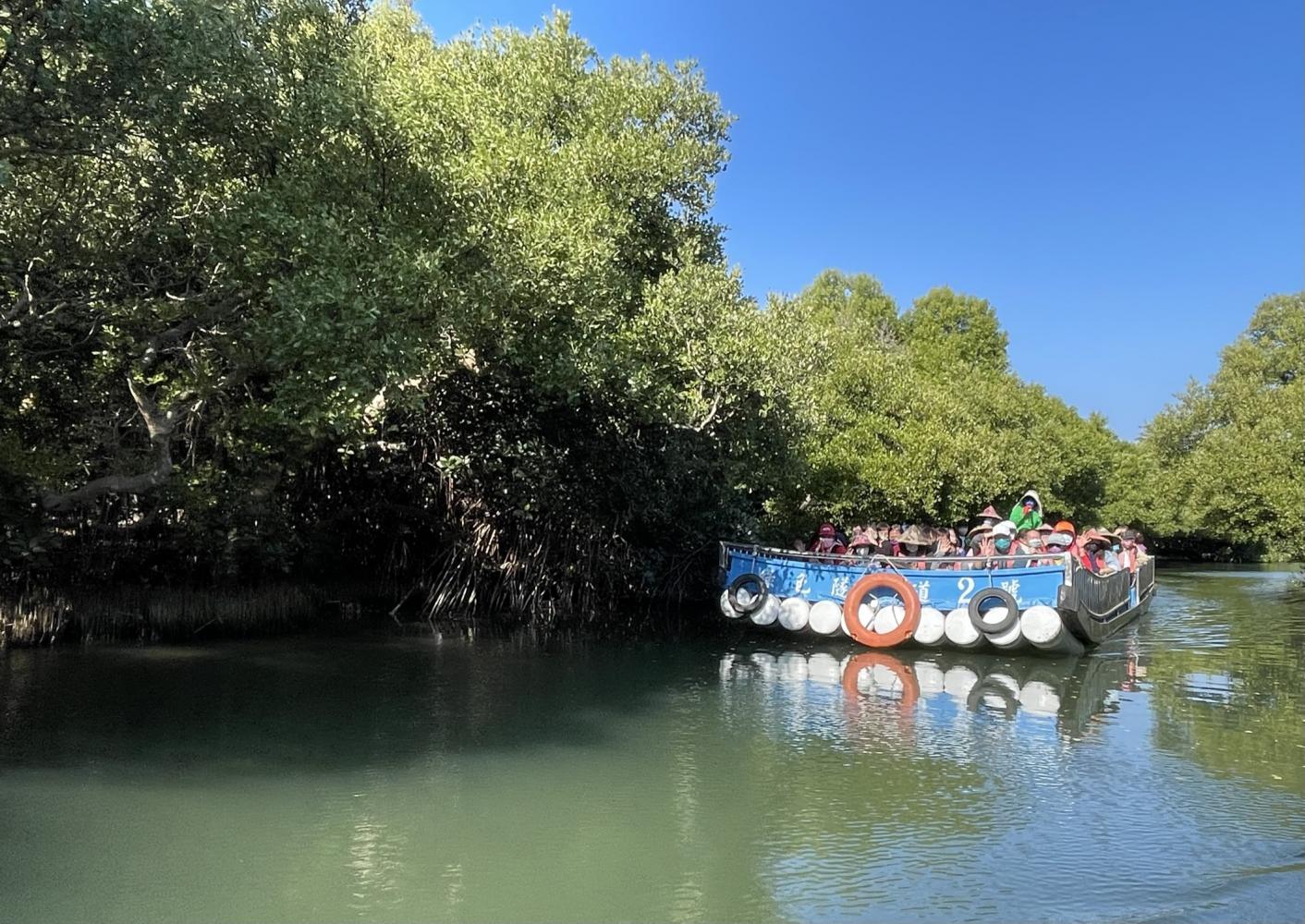 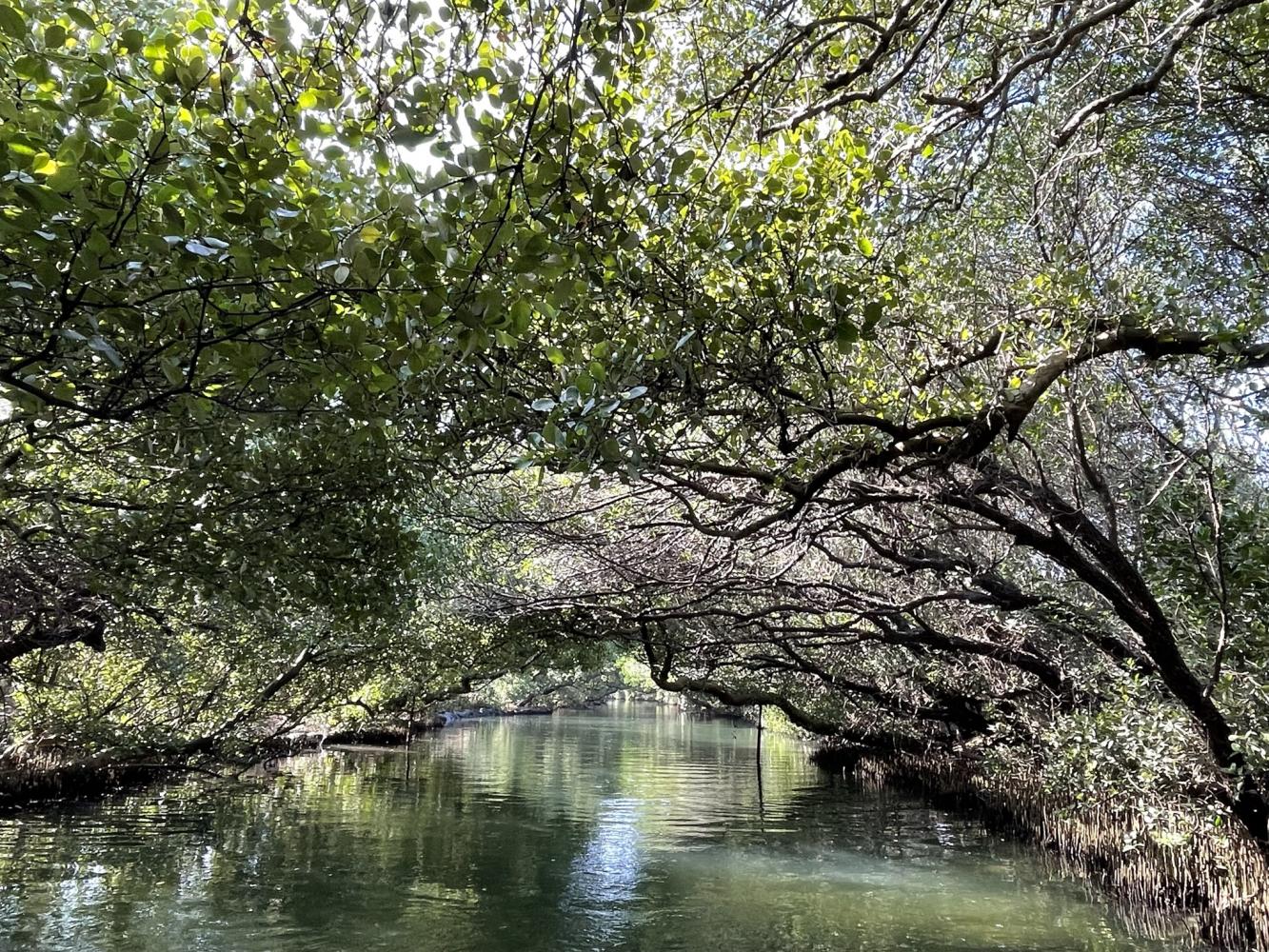 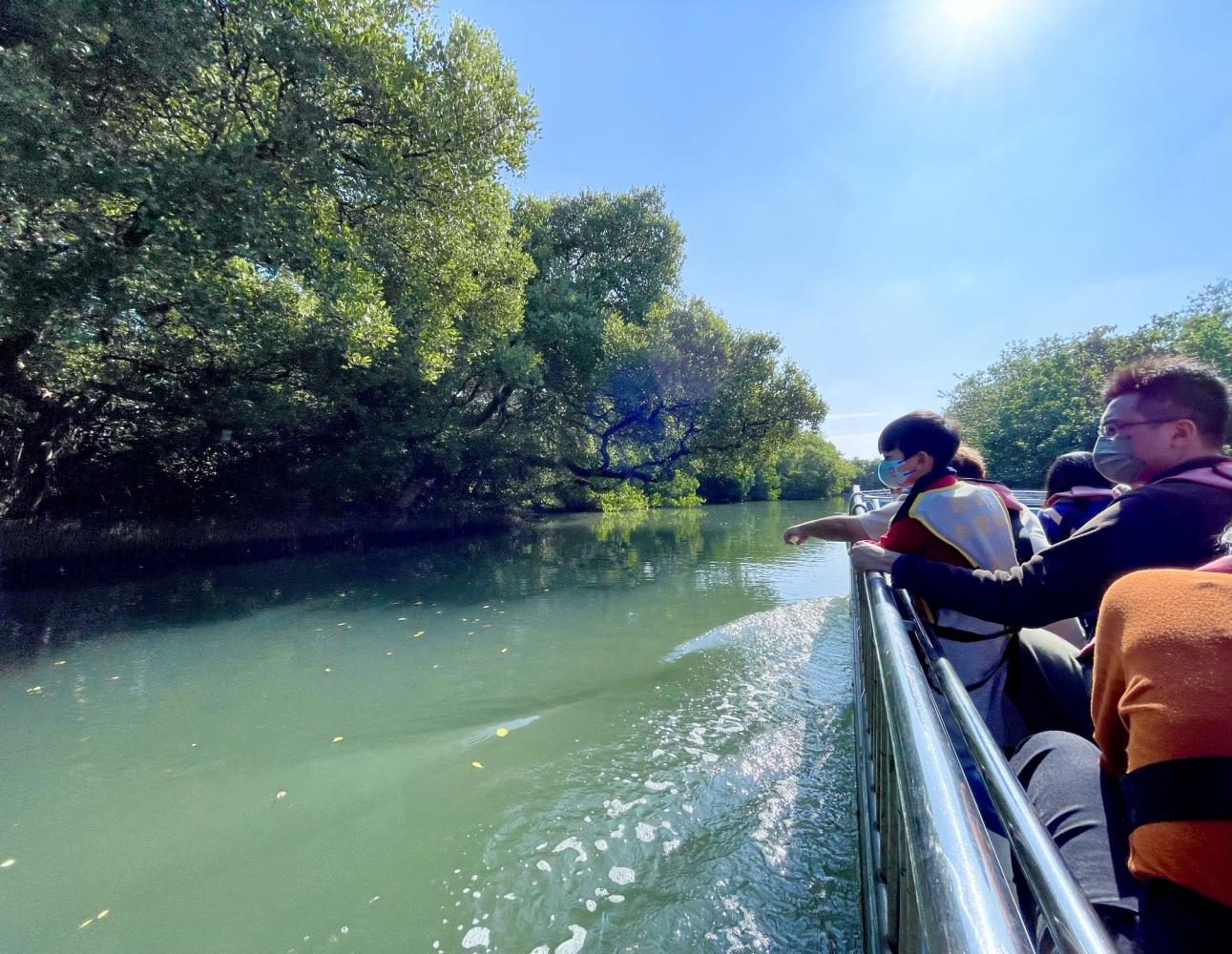 A 30-minute cruise allows you to unwind in the fresh breezes and enjoy stunning sights of clear waterways and natural surroundings. The course passes alongside what were a former fishing community and plantations, thus you may notice the old Chinese cemetery on the banks of the canal, where mudskippers, Taiwanese tide-calling crabs and short-fingered monk crabs seek food.

Back on land, Taiwan's once-largest solar salt field has been transformed into Qigu Salt Mountain, serving as a monument to the city's 300-year-old salt industry. Spread over a hectare, this snow-white salt mountain is like a magic portal transporting visitors back in time to the Tunging kingdom when seawater was first dried for salt manufacture, before the Japanese created salt drying pools in 1938.

There have been ups and downs in the salt business. The Qigu Salt Fields were forced to close in 2002 as a result of the local salt-drying industry in Taiwan beginning to suffer as the price of imported salt dropped.

The adjacent Taiwan Salt Museum opened its doors in 2005 and greets visitors with an eye-catching art exhibition displaying salt sculptures in various themes, including Miss Rabbit and an astronaut walking on the Moon, the Apollo Lunar Module, and a salt castle. Additionally, there are family-friendly attractions at a playground and DIY workshops where visitors can show their creativity by making souvenirs out of coloured salt. 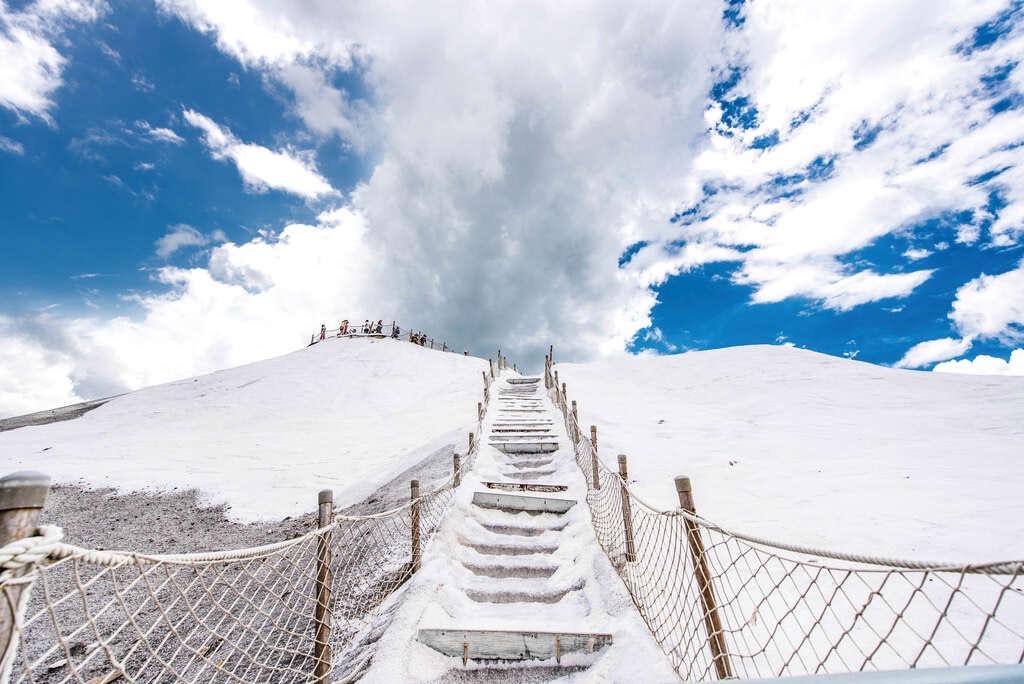 A 20-minute drive from Beimen district, the final stop of the salt business investigation is Jing Zhai Tile Paved Salt Fields. In 1818, the former Laidong Salt Field was created from a sand dune through which subsurface water erupted from low-lying earth, and was shut down in 2002 as a result of rising labour costs.

It now covers 1,976m² and has been transformed into an astonishing outdoor museum to illustrate the growth of the salt-drying industry on Taiwan's southern coast. The area is also a great place to watch the sunset when the sky turns orange and reflects on the vast salt plain. After learning about the sea salt harvesting process, visitors can enjoy silky salted ice cream and shop for a wide range of salt-based skincare products and mementos at the nearby cafe.

The following day, we headed to Rende district, where Ten Drum Cultural Village has taken over a former sugar refinery. Previously, the neighbourhood was covered with sugar cane farms and the Japanese constructed a few sugar factories using special railways while it was in power between 1895 and 1945.

It's a brainchild of Ten Drum Art Percussion Group, who in 2005 converted 16 warehouses built during the Japanese colonial period into a creative park, where people of all ages now can experience a wide range of adventurous activities and fun attractions while learning about music and history. 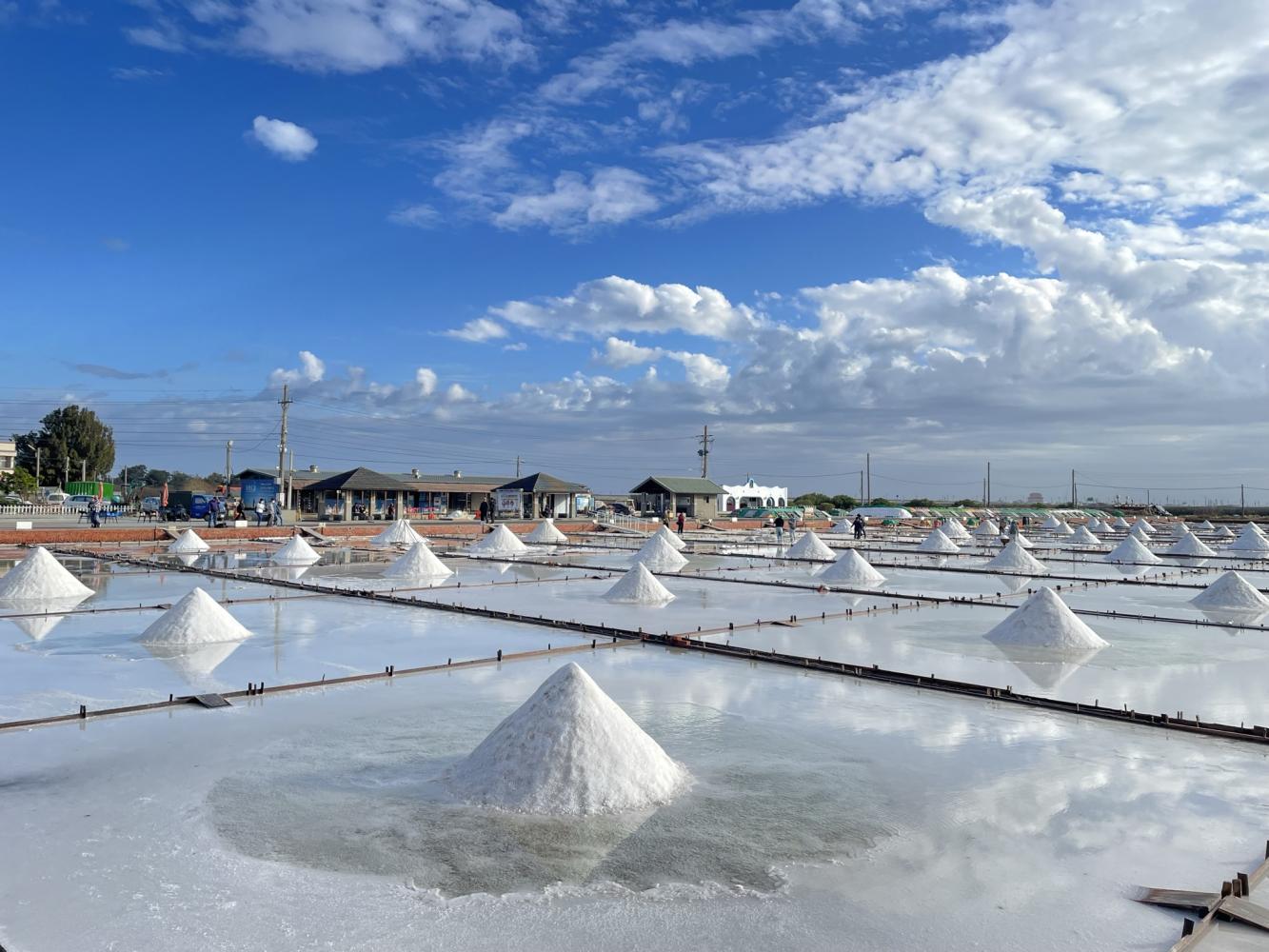 Jing Zhai Tile Paved Salt Fields is one of the best vantage points to watch the sunset. Occupying 5 hectares, all of the structures have been refurbished in an industrial design to create a timeless yet sleek look. Visitors can begin their tour by enrolling in a quick course to master the basics of playing a traditional drum, and then book a seat at Dream Sugar Theatre to watch a stunning 45-minute performance by Ten Drum Art Percussion Group.

To explore the Five Elements Holy Tree from a bird's-eye-view, visitors can roam over a network of skywalk paths, or ride a train along the Si Ra Ya railroad to move around the park. If you're tired of walking, you can relax in Magical Space, which is fashioned to resemble a hidden library in a wizarding school, and envision yourself in the fantastical world of Harry Potter.

We went back to downtown Tainan in the afternoon to check out Hayashi Department Store, which is a prime example of retail business during the Japanese colonial period. It was the city's first shopping mall with an elevator when it opened in 1932 and the second mall in Taiwan.

Run by a Japanese family, it offered a wide selection of high-quality electrical appliances, home products and fashion apparel imported from Japan, as well as other well-known Tainan souvenirs. After World War II, the family returned to Japan and the mall was converted into a rental office building before being abandoned.

In 2014, this five-storey shopping centre underwent a significant makeover to become a living cultural museum, where future generations may enjoy shopping while learning about history and classic colonial architecture.

The ground floor is piled with a mountain of Tainan products including Japanese fried cookies and other locally famous treats. Floors 2-4 provide a distinctive selection of vintage-inspired clothing, handcrafted accessories, stationery and other fashion-related items. 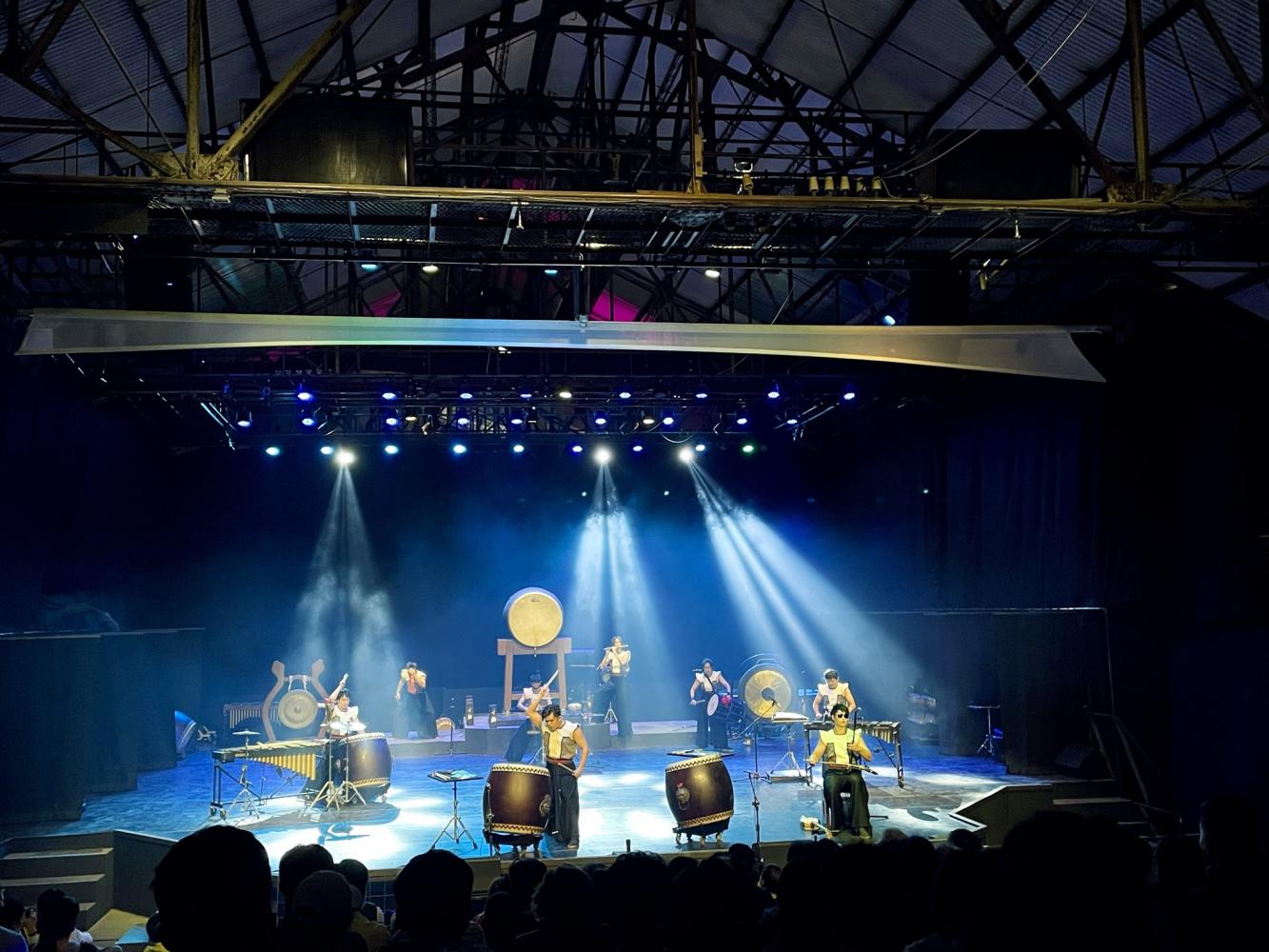 The old sugar factory has been transformed into Ten Drum Cultural Village to offer a variety of fun recreational activities. 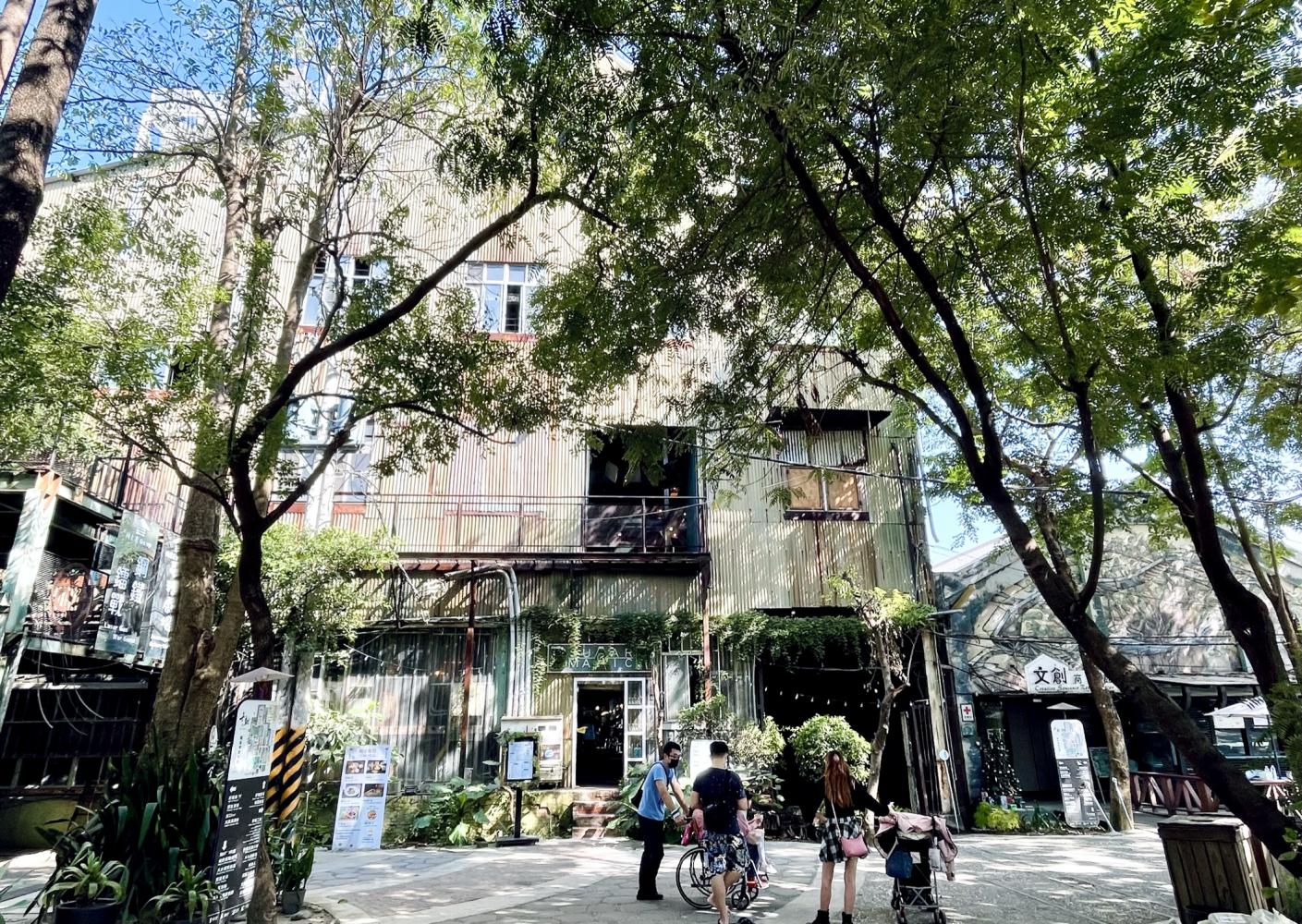 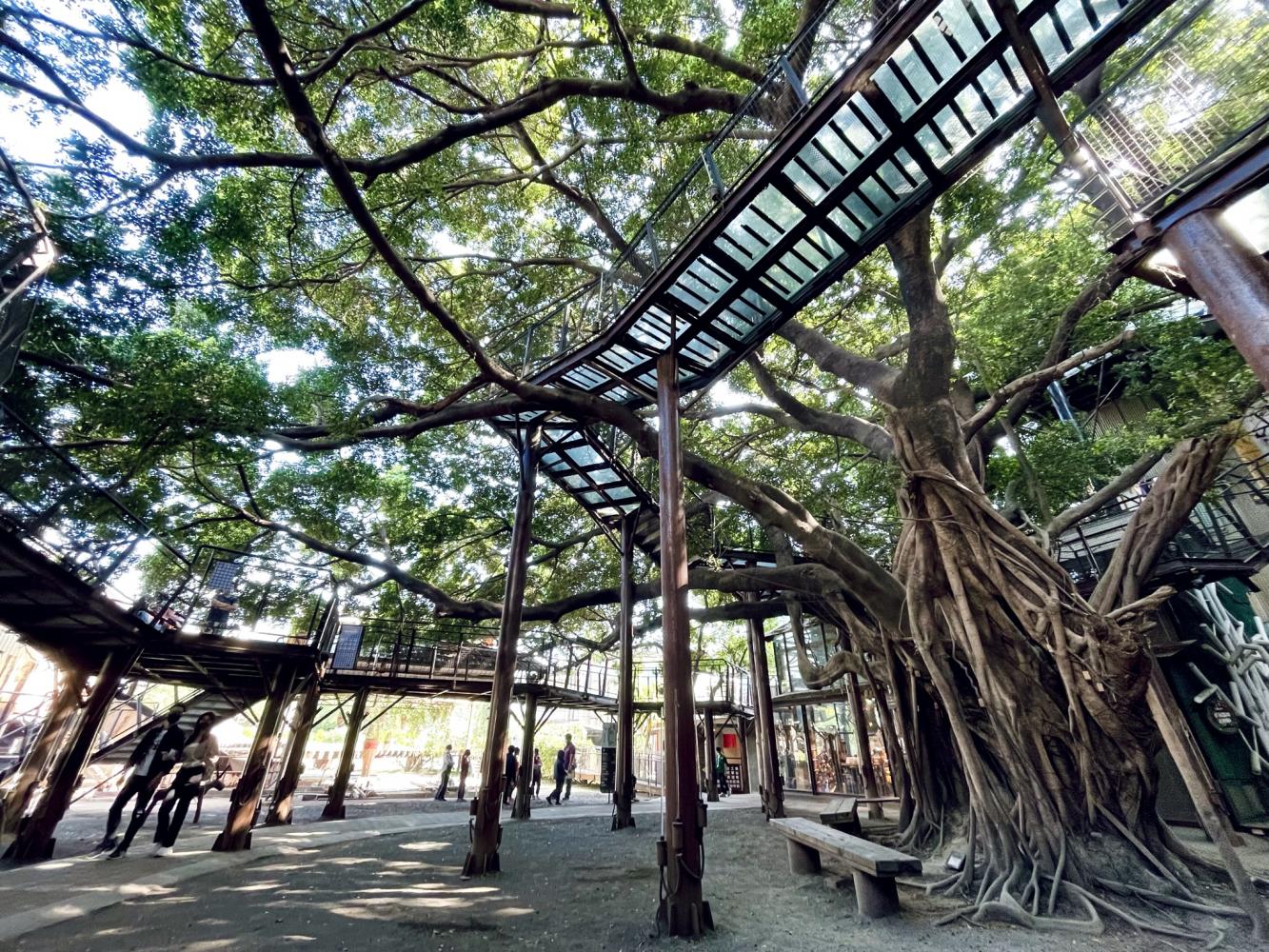 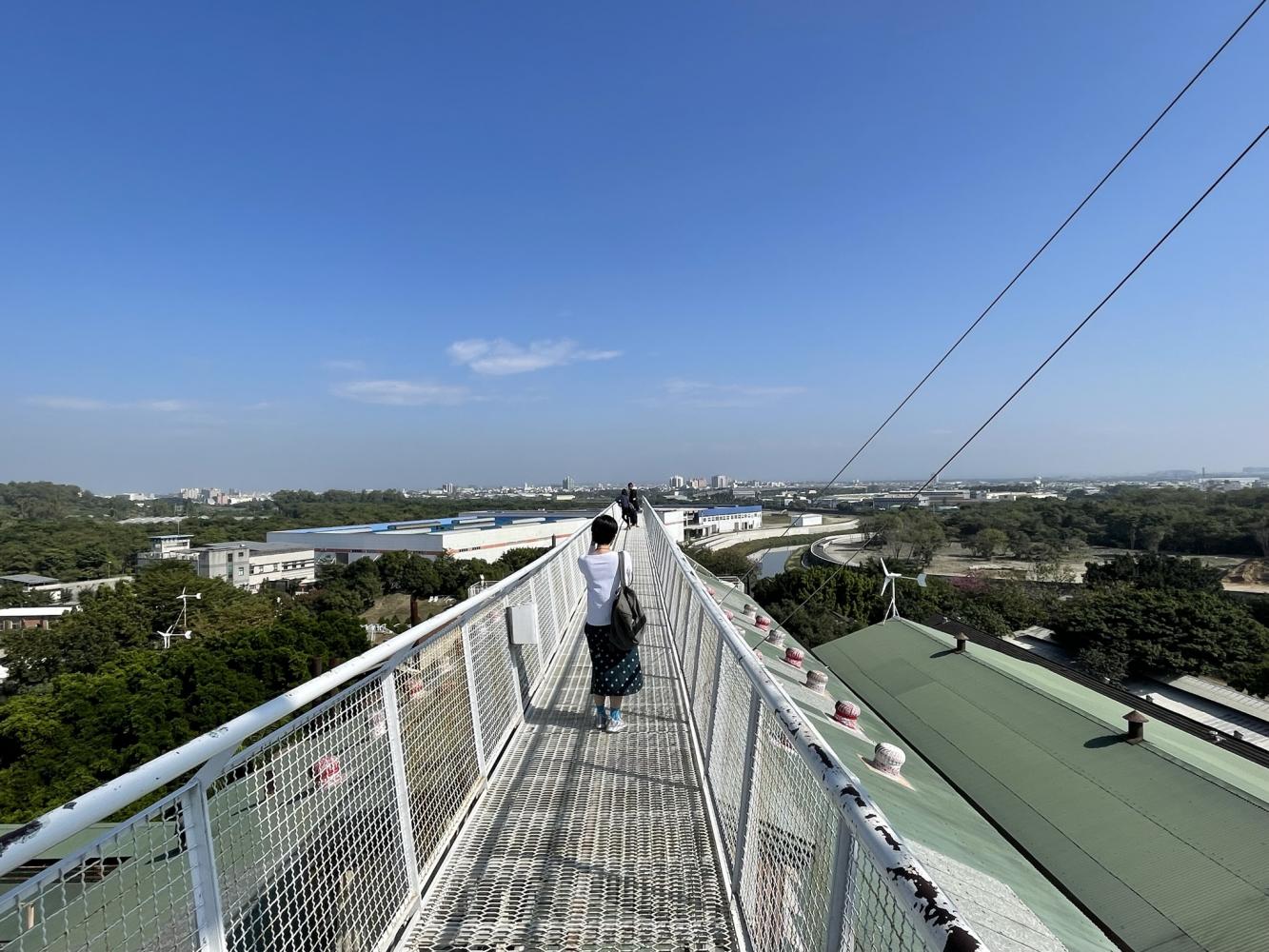 A popular location to enjoy a combination of Japanese and Western food is on the 5th level. A traditional Japanese shrine, a gift store and an outdoor exhibition are all located on the rooftop and show how Tainan inhabitants incorporated Japanese culture into the creation of their distinctive sweets.

Before dusk, we walked just 450m from the department store to Tainan Confucius Temple, which is situated on You'ai Street. The temple was erected in 1666 and served as Taiwan's first academic institution during the Qing dynasty.

Featuring 15 buildings, it underwent multiple reconstructions and incorporates simple but elegant designs representing Confucian ideas. The Ministry of the Interior added it into the list of the Top 100 Religious Scenes of Taiwan in 2013 to help shed light on the history of early Taiwanese settlers and diversity of the religious landscapes. 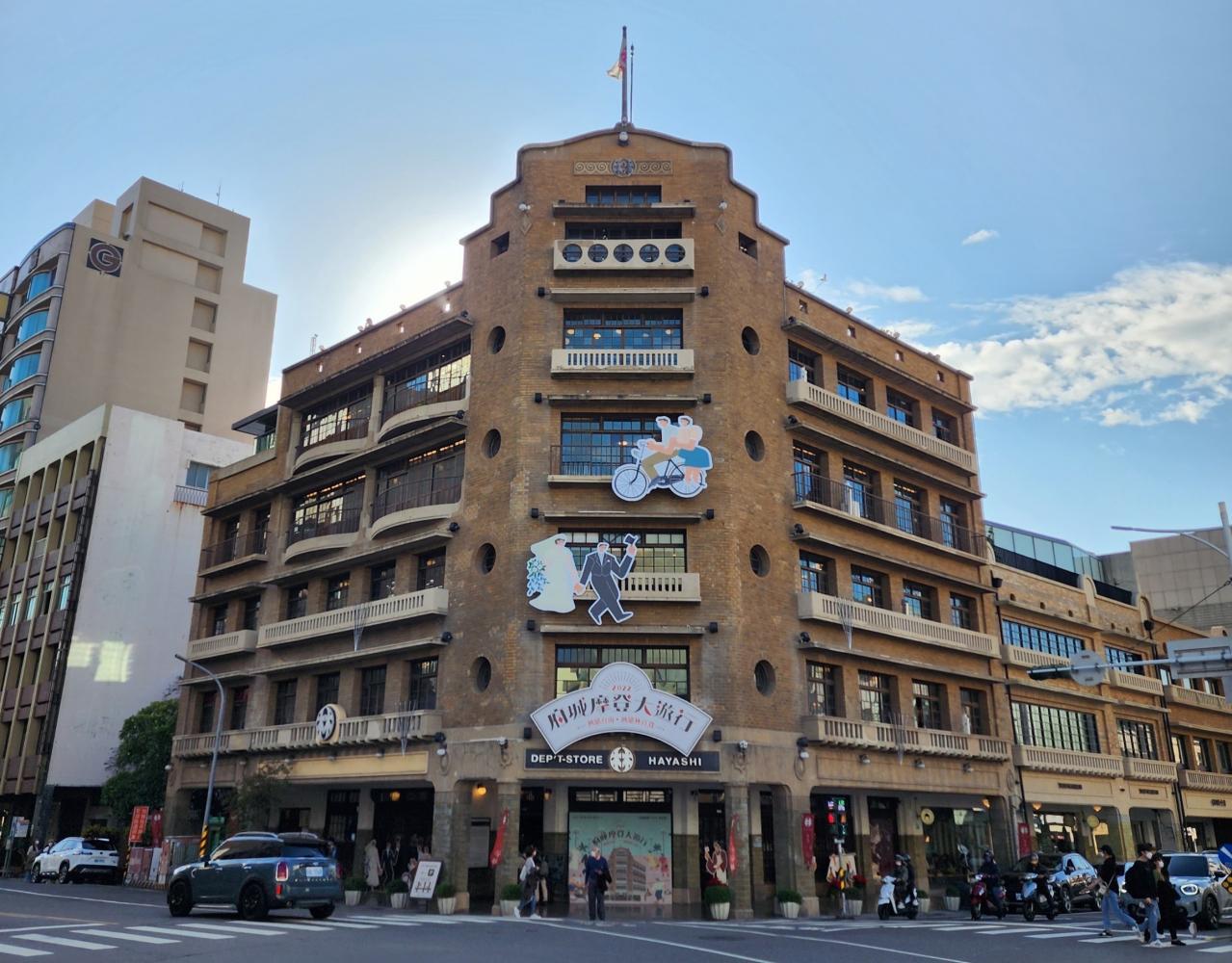 Hayashi Department Store is a good place for younger generations to learn about the history of retail trading during the Japanese colonial era. 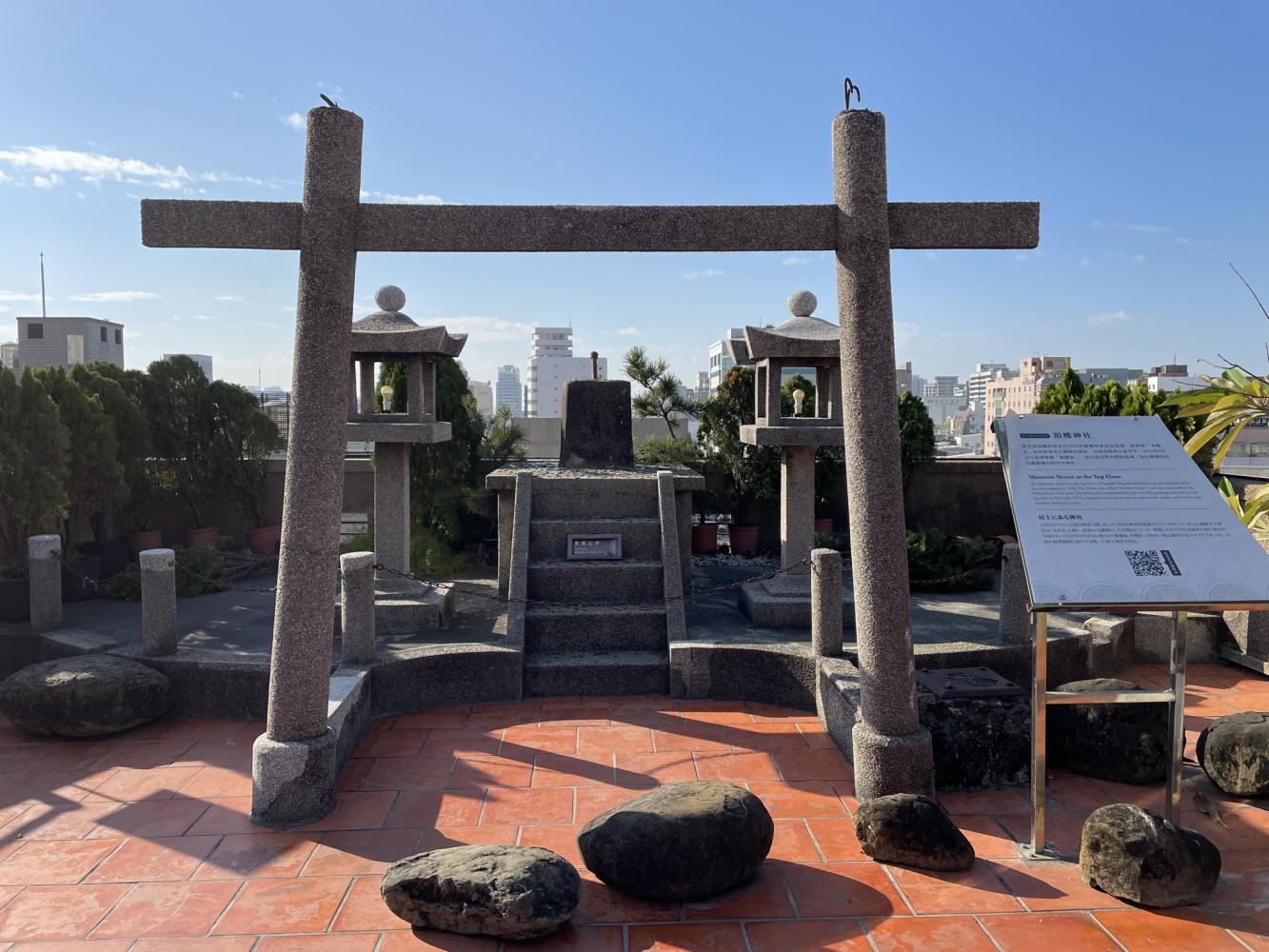 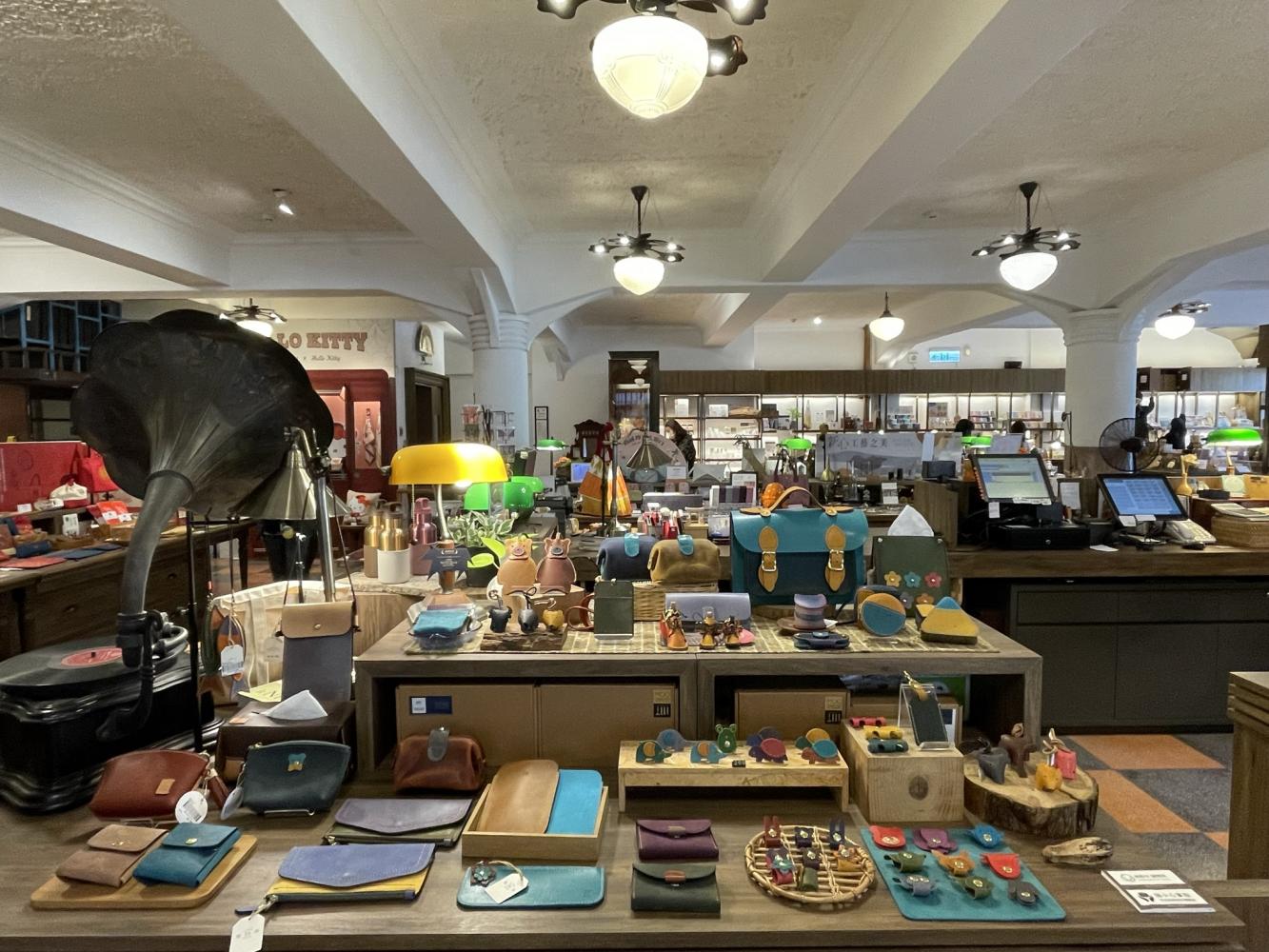 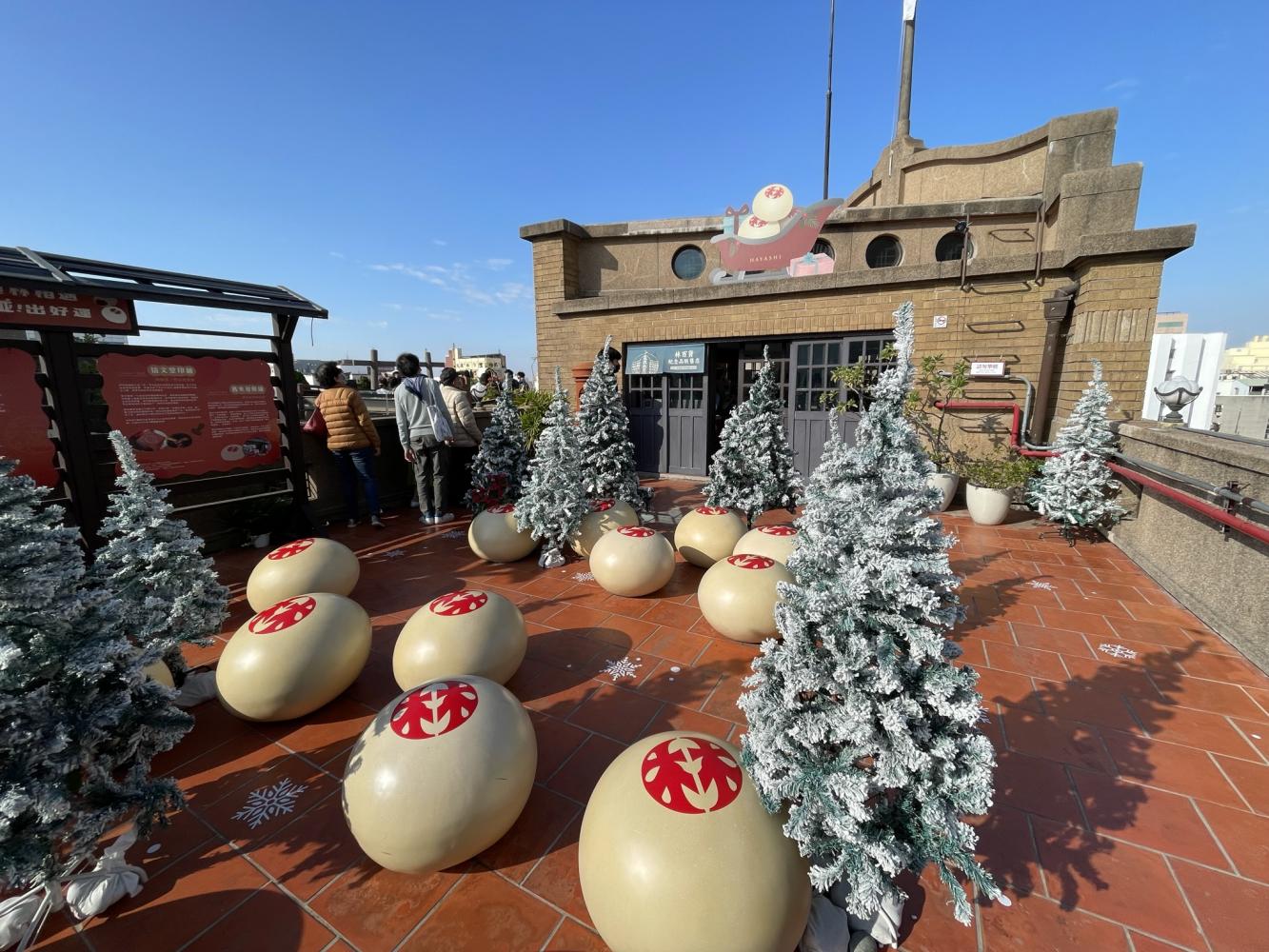 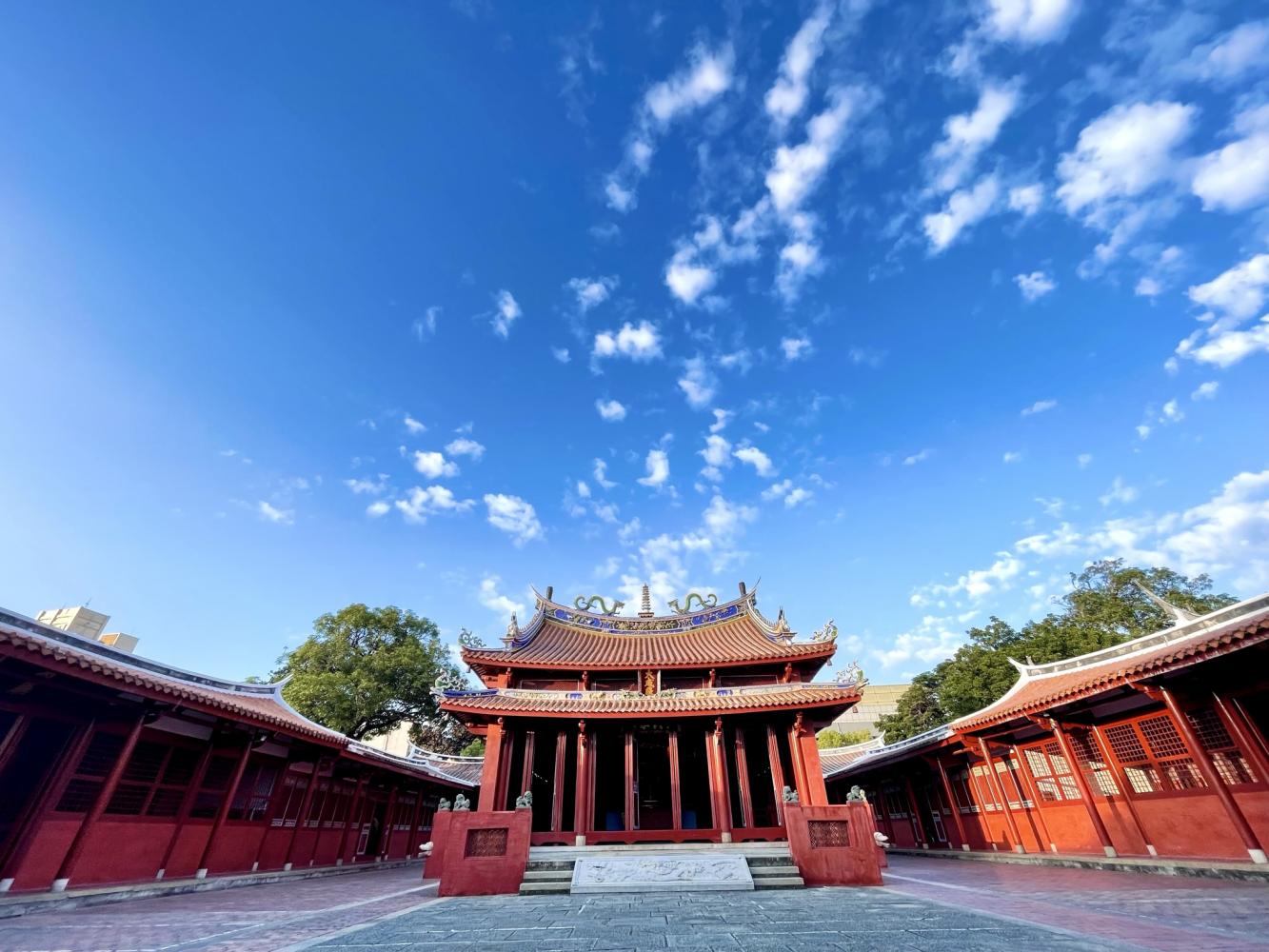 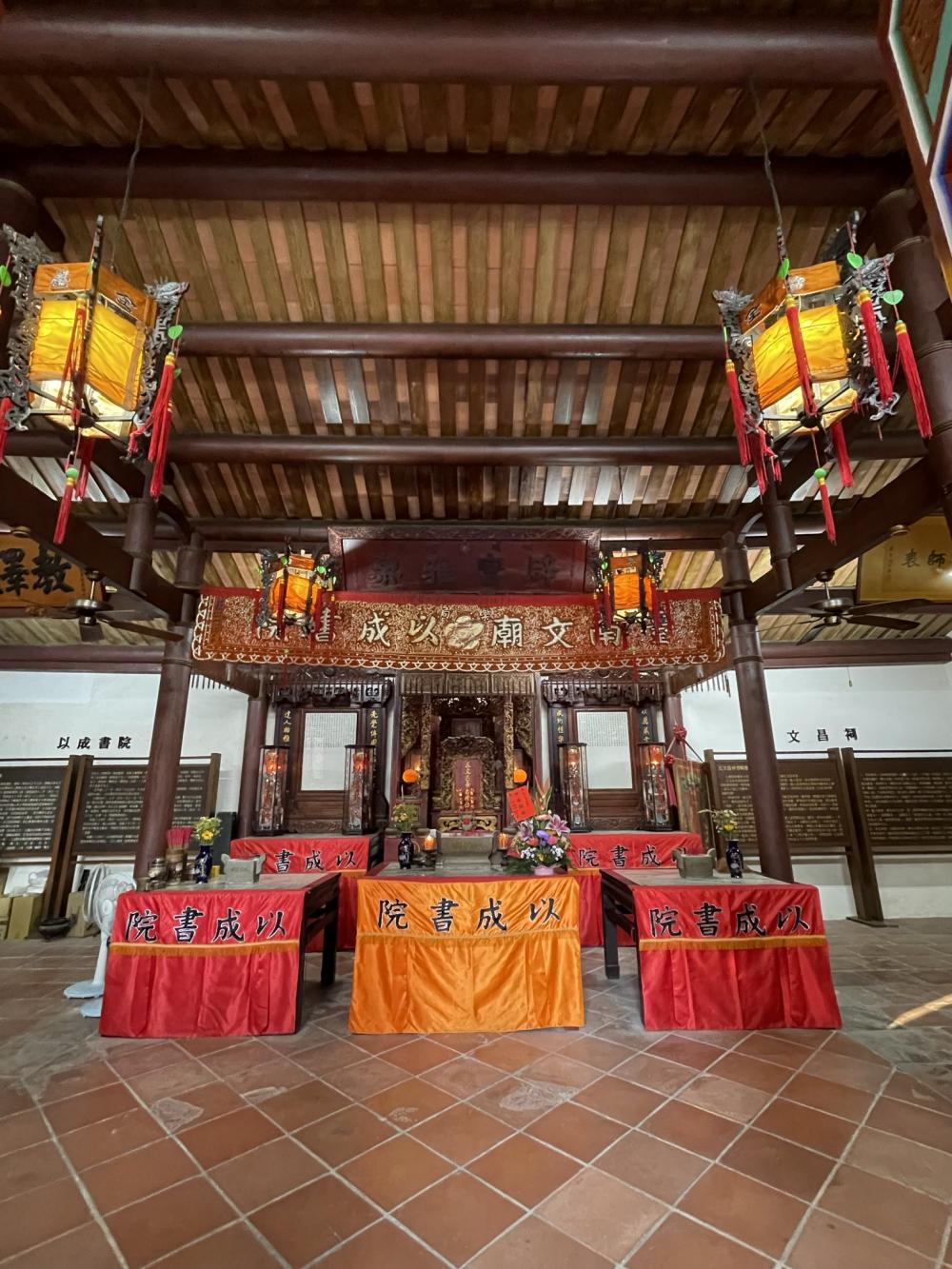 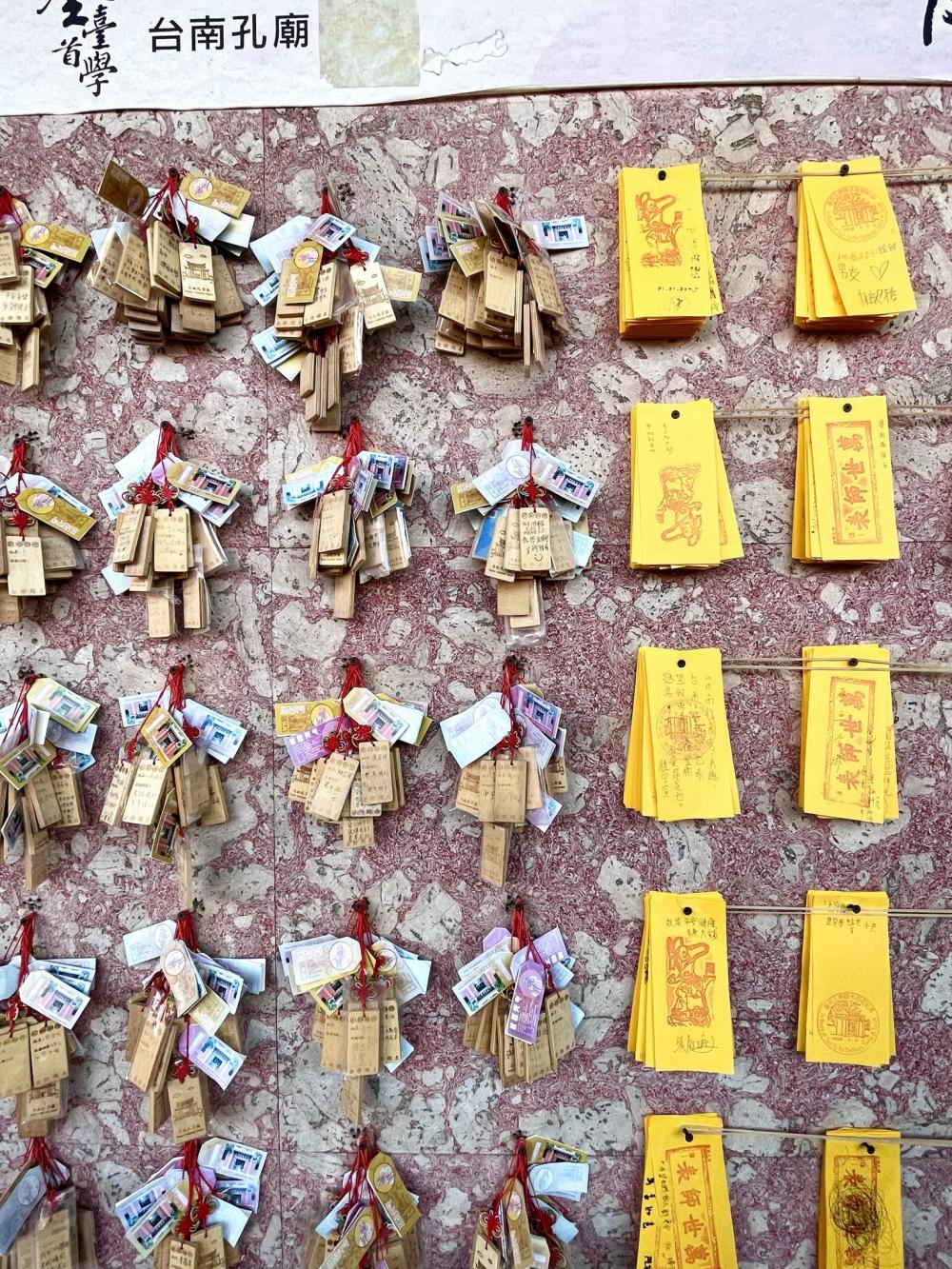