A trip to Lanna
Travel

A trip to Lanna

To learn about the lives of Queen Jammathewi of the Hariphunchai empire and Princess Dara Rasmi, a royal consort of King Chulalongkorn (Rama V), Smile Trip, a cultural group, invites history buffs to a trip to Lamphun and Chiang Mai from Feb 2-5. The trip will be led by culture experts Chulpassorn Phanomwan Na Ayudhya and Charoen Tanmahapran. 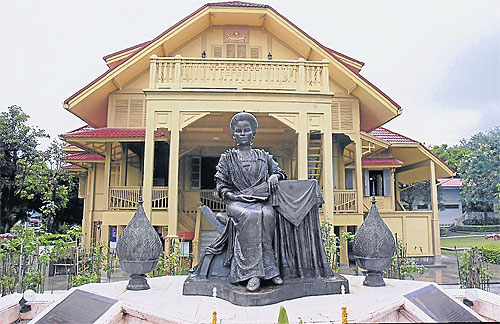 The statue of Princess Dara Rasmi in Chiang Mai.

Participants will visit numerous temples in Lamphun and listen to the biography of Queen Jammathewi, the founder of the Hariphunchai empire. At Wat Jammathewi, they will pay respect to the queen's remains and see murals depicting her life. At Wat Rommaneeya, which was built by the queen according to a legend, they will see three sacred wells while Wat Nongdoo is believed to be the queen's birthplace. In the evening, they will reach Chiang Mai and enjoy shopping on Wua Lai walking street.

The following day, they will visit Wat Suan Dok to pay respect to the stupa enshrining the remains of Chao Dara Rasmi and listen to stories about the Lanna dynasty and this princess. Next they will visit Wat Ketkaram and its museum to see a fabric, woven and presented to the temple by the princess.

On the final day of the trip, they will leave for Bangkok after paying respects to Phra Chao Para Lakhaeng, a Burmese-style Buddha statue, at Wat Kootao whose one of pagodas has an eccentric shape. On the way, they will drop by Thung Kwiang Market to buy souvenirs.

The fee, which includes two-night accommodation, travel, two breakfasts, tickets to the Royal Flora Fair and the Daraphirom Mansion Museum and insurance is 5,900 baht per person. 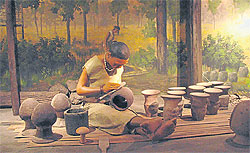 At Ban Chiang Museum, a wax figure is used to show how early residents of Ban Chiang used to make pottery.

Participants will visit Ban Chiang, an archaeological site dating to the Bronze Age which is on Unesco's World Heritage list. The Ban Chiang culture flourished from 3600 BC to AD 200 and covered four present-day northeastern provinces. The next destination is Ban Chiang Museum that displays ancient artifacts, such as pots and human skeletons. Another important historical site in Udon Thani is Phu Phra Bat Historical Park in Ban Phue district, well-known for its bizarre shaped rocks, rock art and trails for hiking. Cave paintings suggest human settlement here from 3000 BC.

The next destination is Khon Kaen National Museum, which showcases a collection of 7th-11th century Dvaravati terracotta heads of gods and architectural decorations, especially a Dvaravati stone Bai Sema, as well as numerous Buddha images and sculptures of the Sri Vijara, Lop Buri, Sukhothai, U Thong, Ayutthaya and Bangkok periods. In Nong Khai province, the participants will visit several old temples and some old houses and pay respects to beautiful bronze Buddha images dating to the 16th-17th centuries.

International routes include Bangkok to Yangon, Singapore, Hanoi, Phnom Penh and Kolkata, or direct flights from Phuket to Singapore or Chiang Mai to Singapore. Passengers must book by Jan 16 and travel from March 9-31. 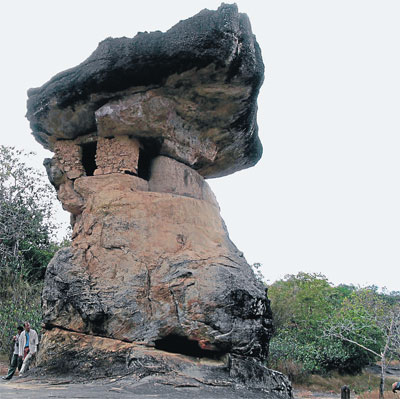