In memory of forest conservation hero

The Huay Kha Khaeng Wildlife Sanctuary, the Department of National Parks, Wildlife and Plant Conservation's Protected Areas Regional Office 12 and several non-governmental organisations are organising a festival to mark the 22nd anniversary of the death of Sueb Nakhasathien. 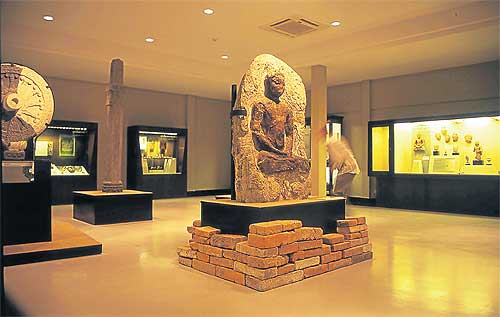 U-Thong National Museum in Suphan Buri is one of several national museums, opened by His Majesty the King.

On Sept 1, 1990, Sueb, chief of the Huay Kha Khaeng Wildlife Sanctuary, took his own life apparently due to stress caused by his failed attempts to protect wild animals in the face of official indifferences.

The objectives of this festival are to honour Sueb, show moral support for forest officials and rangers, and raise public awareness to preserve the Thung Yai Naresuan-Huay Kha Khaeng Wildlife Sanctuary _ one of Thailand's natural World Heritage sites.

As part of the project, an event in memory of Sueb will take place from Aug 22 to Sept 12, 10am-8pm, on the 5th floor of Fairyland Department Store, Nakhon Sawan province. Admission is free.

The event consists of six zones. The Landmark Zone features models of Sueb's statue and attractions of major national parks and botanical gardens, while the Convention Hall will host a photo exhibition on wildlife and forests. The Walkway Fashion Hall features the "Conserving Thai Heritage, World Heritage: Western Forest Area" exhibition, as well as booths by the national parks department, the Sueb Nakhasathien Foundation and bird-watching networks.

The Ton Chao Phraya Room, decorated under the concept of jungle adventures, will screen The Value Of Westest Forest Area, and will showcase the exhibition, "Home of Wildlife"; hold a light and sound show entitled, "The Will Of Sueb", along with a model of Sueb's former residence in the sanctuary and an art exhibition on Sueb.

Highlights will be simulated trekking to study wild animals' footprints in the atmosphere of three types of forests _ evergreen, tropical and bamboo; simulated games to trace tigers and leopards and install camera traps; and use a wildlife observation platform.

Visitors can experience the life of forest rangers and also donate medicines and clothing.

There will also be an exhibition on tigers, elephants, otters and hornbills, as well as rare indigenous animals.

Visitors can make donations for supporting temporary shelters for wild animals rescued from poachers, traffickers and illegal zoos, and will be released back into the wild after medical treatment.

Exhibition on the King's support for museum work 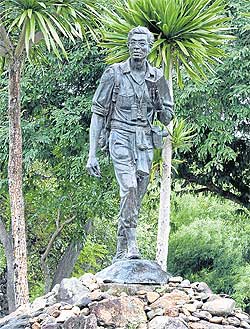 The Phimai National Museum in Nakhon Ratchasima province is hosting an exhibition entitled, "History, Archaeology and Museum Work Following in the King's Footsteps", until Sept 30. The aim is to celebrate the Thai Heritage Conservation Day.

The exhibition tells stories of royal contribution of His Majesty the King regarding history, archaeology and national museum work.

A cultural trip to Kanchanaburi

On Sept 22 and 23, the Siam Society will lead a trip to several interesting places in Kanchanaburi, including the ruins and temple at Phong Tuk, the ethnological museum at Wat Muang, the excavation site at Ban Kao, Khmer ruins at Muang Sing and the Three Pagodas Pass. A contribution of 6,850 baht per head for members and 8,850 baht for non-members is requested. The city of Kanchanaburi is 120km northwest of Bangkok, but the province stretches 250km further all the way to the Three Pagodas Pass on the Thailand-Myanmar border. It possesses both natural beauty and historical significance. The province boasts four national parks and has been a centre of human settlement at least since Neolithic times.

Later in the 13th century, Kanchanaburi became one of the Khmer empire's outposts and the temple of Muang Sing, 30km to the west of Muang district, was part of evidence.For reservations, call 02-661-6470_7 on Tuesday-Saturday or email ekkarin@siam-society.org. 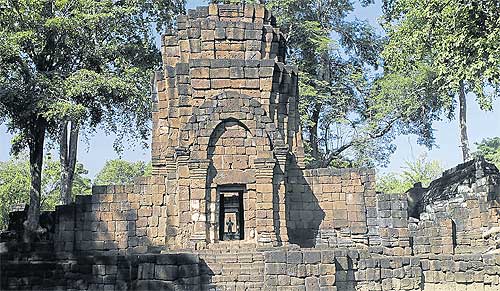 Muang Sing Khmer monument in Kanchanaburi is believed to have been built during the reign of Khmer King Jayavarman VII in the 13th century.