In search of Lampang-ness
Travel

When Lampang locals got curious about their identity as natives of this small but history-steeped northern province, where did that curiosity lead? 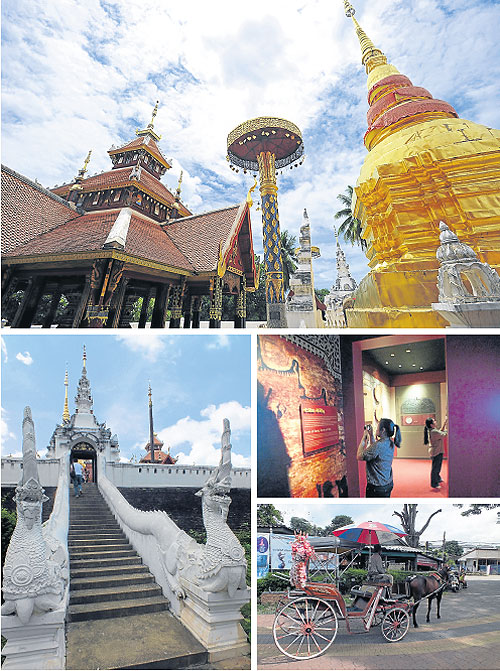 Pong Sanuk temple, a landmark temple in Lampang, a horse-drawn carriage, and Poom Lakhon city museum are all part of Lampang’s cultural heritage.

Simple. They set up a museum.

Due to open some time next year, the museum is the fruit of collaboration between the public sector, academics and the Muang Lampang municipality, with support from the Bangkok-based National Discovery Museum Institute (NDMI), the agency that runs the innovative Museum of Siam on Sanam Chai Road.

While consultations among the concerned parties began a long while back, it was only last year that things really started to take shape. The quest to find out more about what makes Lampang special, how to define "Lampang-ness", so to speak, was what brought both academics and long-time residents on board, explained local scholar Paramin Kruethong.

"We want to know if there is such a thing as 'Lampang-ness' _ if we have lost it or how it has been transformed," he said at a recent forum hosted by Lampang Municipality, the National Discovery Museum Institute and a Lampang civic group at Lampang Rajabhat University.

"Another thing that we want to know is if there are 'pure' Lampang natives and, if yes, who are these people, and what do they look like? Ultimately, of course, we come to the realisation that we may never find these 'pure' Lampang natives; that we are in fact a mix of various ethnicities and diverse cultures as a result of trade- or war-related migration. But what is important is that people learn about themselves and their own history," Paramin said.

A tiny province often overshadowed by events in adjacent provinces, particularly Chiang Mai, Lampang has still managed to maintain the distinctive cultural heritage of Lanna, a loose network of self-ruling city-states that was only fully absorbed into Siam in the mid-19th century.

And while droves of foreign visitors descend on Chiang Mai every year, tourism-driven development has only had a minimal impact on neighbouring Lampang. 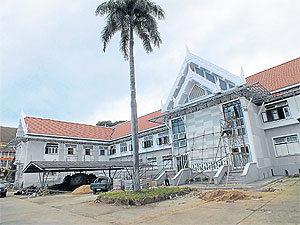 The old city hall which is being renovated is designated as a museum in a project supported by the Lampang Municipality and the National Discovery Museum Institute.

Paramin expects exhibits in the new museum to centre around Lampang as a political and historic entity, its people and the main town itself. More importantly, Paramin said, the museum is being designed to attract visitors with information to be presented in an appealing, accessible way.

''It is perhaps the only museum in the world that has involved local people from the very beginning,'' he enthused.

The plan is for the museum to take over the old town hall, which is currently being renovated. All the reconstruction costs are being covered by the municipality. Referring to his strong wish to develop Lampang as a place of learning, Mayor Nimit Jivasantikarn said the municipality has thrown its full weight behind the project, reasoning that a facility which informs the townspeople about their roots will also equip them to face the future with greater confidence.

Nimit pointed out the significance of the venue, noting that the old town hall, long the seat of provincial administration, had been built on the site of the palace used for generations by the hereditary royal rulers of Lampang.

''When the provincial offices were moved to the new administration centre, we wanted to put the old building to a good, meaningful use. And converting it into a museum fits that purpose very well,'' said the mayor. In addition to paying for the renovation of the building, he continued, the municipality has agreed to cover the museum's operating costs for the first three years, after which the responsibility will be handed over to the public sector which should be ready to shoulder the burden by that stage.

''This is to make locals feel a sense of ownership,'' explained Nimit who earlier spearheaded the opening of a museum, on a much smaller scale, in Lampang called Poom Lakhon which employs advanced presentation techniques to bring the history of this tiny province to life. NDMI director Rames Promyen said his agency was selected to provide technical assistance to the new facility because of its know-how and track record in museum management. It is one of two fledgling museums outside Bangkok which the NDMI has undertaken to support (see the second part of this article).

''One of our goals is to open new learning sites around the country,'' he said. ''And there's no question about the readiness of the people of Lampang [to take charge of this project].'' Ronarit Thanakoses, an adviser to the NDMI, said the Lampang venture is part of a broader effort to stimulate greater public interest in archaeology and that he expects the new museum to be a shining example of the ''Lampang way'', by which he means the ability the town's residents have shown over the centuries to live in harmony with nearby societies, like those in the former city-states of Chiang Mai and Lamphun.

Instead of being just a repository of old objects, Ronarit hopes the new museum will become a place which will ''decode'' traditions and folk knowledge and enable visitors to learn lessons from the past and adjust their way of life accordingly.

''The building which will house the museum is in itself worthy of closer inspection,'' he said, referring to the old town hall which is a blend of Western and Asian design elements. A bulky concrete structure with a traditional Thai roof, it is the product of a style of architecture which was popular about four decades ago for the construction of official government offices. And while its aesthetics may not be pleasing to modern tastes, it is a well-designed building with a good ventilation system which stays cool without the need to switch on air-conditioners, he said.

The old town hall is actually a prime example of ''green'' architecture, he said, since it can accommodate human activity while taking local climatic conditions into account and keeping its environmental impact to a minimum.

''Natural disasters like floods are not an issue for buildings like this,'' he said, explaining the foundations of the old town hall were laid in such a way as not to impede the free flow of groundwater.

''It'd be good if local authorities were to revise the building code to make better use of such wisdom and make people erecting new houses incorporate flood-prevention measures into their designs.''

Time to turn to the trade for a Covid fix