UK-based carrier British Airways asked a panel of experts to compile a list of the top 13 new destinations and popular favorite places to visit in 2013. The experts used company data to determine the hottest destinations for next year. 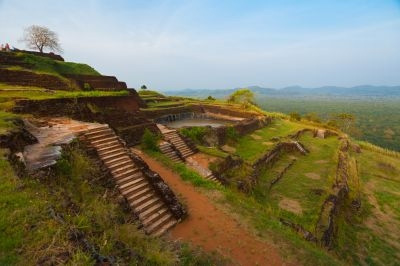 The terraced ruins at the summit top of Sigiriya rock, a former fortress, palace and monastery in Sri Lanka Sri Lanka is British Airways top pick for visiting in 2013. ©Pius Lee/Shutterstock.com

Sri Lanka heads the 13 for 2013 list as the country moves further away from the civil war which ended in 2009. Tourists are heading to the island in increasing numbers, drawn by attractions like beaches, elephant treks and a large number of UNESCO world heritage sites to visit.

Rio de Janeiro comes in second place in the run-up to the FIFA World Cup taking place across the country in 2014. The World Cup is expected to attract a massive number of tourists which will have an effect on the already rising prices of tourist facilities such as hotels and restaurants. To enjoy this South American city, why not beat the masses and save some money by visiting before the rush? Prices in the city are expected to increase even more ahead of the Summer Olympic Games taking place in 2016.

Seoul in South Korea comes in at number 3. The city is expected to attract a large number of business travelers as well as an increasing number of tourists. After more than a decade without any, British Airways resumed its Seoul service on December 2, operating six flights a week from London.