Costa Rica and Ghana among ethical destinations to visit in 2013

Ethical Traveler, a non-profit organization based in Berkeley, California, has identified 10 ethical tourism destinations for 2013. 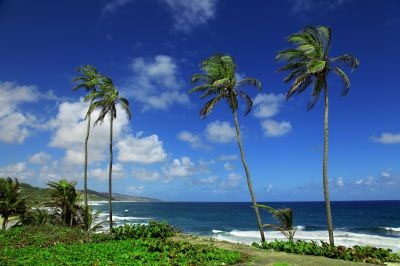 Barbados has been selected as one of ten ethical destinations to visit in 2013. ©graham tomlin/Shutterstock.com

Every year Ethical Traveler reviews the policies and practices of hundreds of nations in the developing world. The non-profit organization then publishes a list of the countries doing the most "impressive job of promoting human rights, preserving their environments and upholding civil society, all while creating a sustainable, community-based tourism industry."

The selections for 2013, in alphabetical order:

This year, Ethical Traveler also included a section to recognize "Destinations of Interest" for the coming year, which encourages potential visits by "open-minded travelers" to explore and learn about countries not yet deemed "ethical destinations" in the process of political and social change and to get in direct contact with local people. These three "Destinations of Interest" are Burma, Cuba and Namibia.

After more than 20 years of being ruled by a military junta, Burma has a new government, in power for 18 months, that has demonstrated a new desire to move forward. Many political prisoners, notably the opposition leader Aung San Suu Kyi, have recently been released.

Travelers are encouraged to visit Cuba and observe the political and social changes the country is going through after Raul Castro took over power in 2008.

The final destination is Namibia, known as one of the most environmentally progressive nations in Africa. However, there are still margins for progress on issues such as violence against women and children.

Read the full report at EthicalTraveler.org