Legacy of a visionary
Travel

Legacy of a visionary

Lek Viriyahbhun, the man who built Ancient Siam as a gift to the Thai people, would have turned 100 on Wednesday

Lek Viriyahbhun, the man who built Ancient Siam as a gift to the Thai people, would have turned 100 on Wednesday. 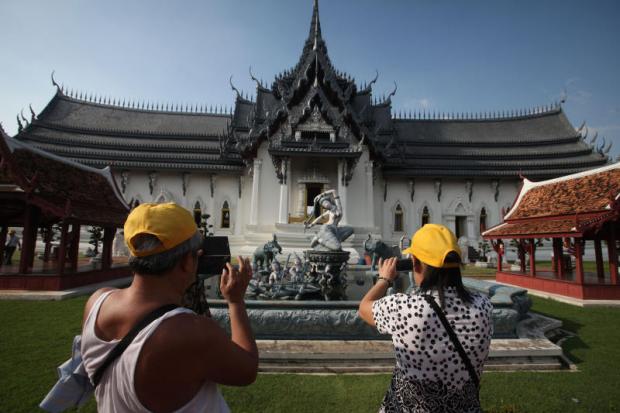 Ancient Siam in Samut Prakan is probably the biggest outdoor museum in Thailand, exhibiting a plethora of scaled models of scenes from historic Thai life up to the Rattanakosin period.

It's also one of the country's longest-standing man-made attractions, visited by millions over the past 40 years.

The man who made it all was Lek Viriyahbhun, who died on Nov 17, 2000, aged 86. Ahead of what would have been his 100th birthday on Wednesday, it's worth looking back at the life of this self-made man whose legacy has stood the test of time. Ancient Siam or Muang Boran, a rich man's toy of sorts when it was built, remains a popular destination today despite its quaint charm and competition from more modern attractions. 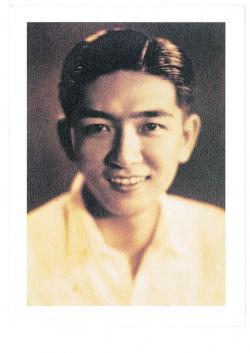 Fifty years ago, billionaires chose to squander their cash by building plush mansions or buying islands. But Lek, born at the onset of World War I, dreamed far bigger than that. After making his fortune, he turned 300 acres of land into a place where history was made physical and where culture was preserved for future generations.

"I am old enough to have seen my grandfather working," said Pan Viriyahbhun, Lek's grandson who's now the CEO of his family business. "And I also grew up with a Game Boy. Therefore, I understand people of all generations. A Gen X person like me can be the bridge between older and younger people. So my job is to make sure that Muang Boran will be enjoyable for people of all ages."

Lek was born on Nov 26, 1914, to parents who migrated from China to Bangkok, where they set up a pharmacy in Sampeng, an old Chinese community near Chinatown. At the age of 14, he was sent to Shanghai to study and at 17 entered Shanghai University to pursue a degree in political science. Lek gained an admiration for the 1930s Shanghai skyline, and a lifelong appreciation for different cultures. He also loved to peruse Chinese philosophical books.

However, he was called home before finishing university so he could rescue his family's business when his father's health was failing.

In 1939, Lek married Praphai Viriyahphanij, a Singapore-educated daughter of the owner of a famous wood oil and cough syrup company. Praphai gave birth to five children and played a crucial role in supporting her husband's business as his career began to take off.

He was asked by Field Marshal Plaek Phibunsoggram, after World War II, to take over the biggest import-export company of that time, Thonburi Panich, which dealt in cars such as Renault and Chrysler. Later, Lek was an official reseller and service provider for Mercedes-Benz. He found himself becoming one of the top businessmen in post-war Siam. 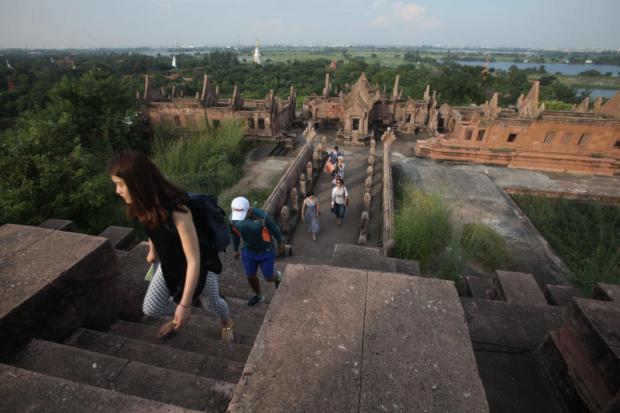 Ancient Siam, or Muang Boran, features a collection of replicas of historical monuments.

"A man has no rest day. When you work, your work is never-ending," Lek said, as quoted in his family biography. "The future is waiting and life is never ending, so we have to keep exploring."

Lek had a passion for old culture. He was an ardent collector of old artefacts and works of art, his favourite pastime being frequenting a well-known haunt for rare collectibles at Werng Nakhon Kasem. In 1963, Lek planned to a build a golf course on land he purchased at Bang Pu, Samut Prakan.

Originally, he only wanted to build replicas of historical landmarks, such as Phimai Historical Park, as assorted decorations. However, the project took an unexpected turn when he conceived of the idea of building a huge historical park. Recruiting a team of artists, he took a trip to survey historic sites around the country, before beginning construction.

Nine years later, in 1972, His Majesty King Bhumibol Adulyadej opened the newly-built park whilst welcoming the first visit of Britain's Queen Elizabeth II and Prince Phillip to the country. The royal event marked its opening to the general public, and it quickly became a sensation, with its ornate pavilions, temples, old houses, canals and landmarks inspired by various architectural and aesthetic styles and periods. 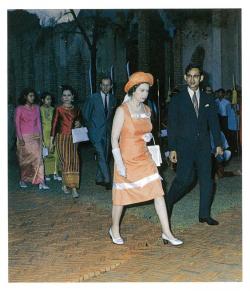 HM the King and Britain's Queen Elizabeth II at Ancient Siam in 1972.

The place is stunning for the craftsmanship and its sheer scale. Not surprisingly, it became popular with schools looking for a suitable cultural field trip, as well as for families. In today's age of selfies, the park draws snap-happy visitors who pose with the countless structures.

"We went everywhere to look at buildings when I started the project," Lek said in his autobiography. "We even went to Mae Hong Son, where the road was so small and there were high cliffs below us. But there was no adventure. I went to artists, most of them graduates of Silpakorn University. But no, the Fine Arts Department had no hand in helping me build it."

"We have a lot of visitors every year, maybe a million," Lek said after the park became famous. "There's a saying that angels cannot profit from their guests. Our guests are mostly students, how can I raise the ticket price [from 50 baht]? They're here to study." (Today the park charges 350 baht for adults and 175 baht for children).

Preecha Viboonsin, a 72-year-old muralist who was with Lek from the beginning and is now general manager of Ancient Siam, said: "Lek always said that what he was building was for people of future generations, who would not be able to see the real thing. I remember he said he was a billionaire and if nobody was interested in seeing the things he created, he would look at them himself."

Lek's passion for monumental projects did not end with Ancient Siam.

In 1981, he began a new project, "The Sanctuary Of Truth", a gigantic construction featuring wood-carved sculptures, in Pattaya. In 1994, he launched the construction of Erawan Museum, a building with a striking three-headed elephant statue on top of it where he would store his precious art collections.

Unfortunately, both projects were not finished before Lek died. While the museum almost saw its opening while he lived — his eldest son, Phakphian Viriyahbhun, who is now dead, took over the project — the wooden "castle" at Pattaya is still far from completion.

"I'm 66 years old already and I'm afraid that it is not going to be completed," Pijarn Viriyahbhun, the other son of Lek who is now in charge of the castle, said. 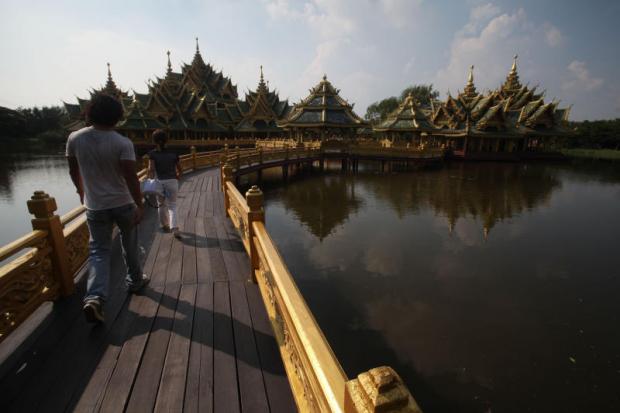 The landscape of Ancient Siam is modelled after old Thai cities.

Lek's taste in the ancient and the mildly spiritual may seem kitsch today, but his dedication and sincerity has left a significant cultural legacy. Ancient Siam reminds Thai people of their past. The Erawan Museum demonstrates the power of different religions, while The Sanctuary Of Truth's message is to show the balance between life and the universe.

Despite the fact that the park has become more commercialised so the business can survive, Pan, Lek's grandson and current CEO, is steadfast in his commitment to his grandfather's legacy. Last week, Ancient Siam threw a celebration to mark the 100th anniversary of the birth of Lek Viriyahbhun, welcoming the public in for free. More than 100,000 people attended.

"If the position of the place changed, its value would be undermined," Pan said. "Life and culture is interwoven in this place. So as long as I'm here, no one can change that."