Ever since I watched those breathtaking backdrops in The Lord Of The Rings — coincidentally around the time I started mountain biking — New Zealand has been high on my destination list. At long last, I recently found myself in Christchurch, ready to roll on Sacred Rides' "Misty Mountain Hop" adventure. Although Mordor was absent from the itinerary, for the 10 days of riding on South Island on trails that were cherry-picked by local guides, every participating rider knew we were in for a treat. 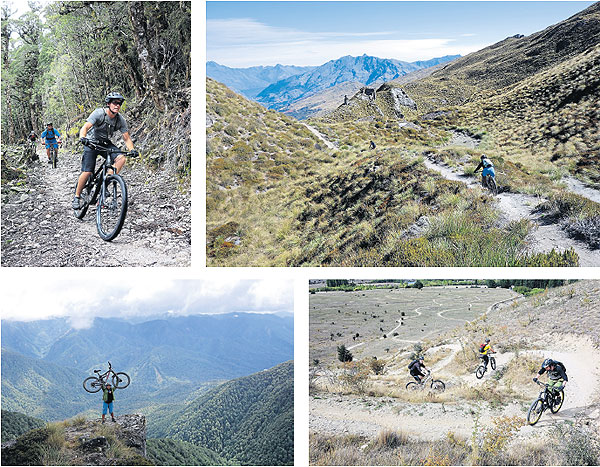 On the South Island, local mountain bike clubs and volunteers build, mark and maintain trails, in co-operation with land owners, local city councils and, in many areas, the Department of Conservation. They also supply information about trail difficulty and conditions, directions on how to get there, where to stay, etc. Clearly, it works. Mountain biking in New Zealand is booming, and every year dozens of new trails are added to an already impressively long list. On the streets of towns like Nelson and Queenstown, riders on their way to or from the trails are a common sight. It is a model that many countries, Thailand included, could learn from.

My personal favourite was the Dun Mountain Trail. Getting to the top (Coppermine Saddle, 878m) takes a few hours but there is enough variation to distract from the lung-busting climb. The steep and exposed lower slopes offer great views of sun-drenched Nelson below, the middle section through shady beech forest has a gentler incline, and the final part of the ascent above the tree line provides that top-of-the-world feeling brought on by 360-degree views. As often though, the reward is in the descent: fast flowing sections linked together with tight switchbacks, loose and rocky, seemingly going on forever. Because there is no substantial exposure, the consequence of an "off" is likely to be no worse than a few scratches and a bruised ego, so we mostly stayed off the brakes and really ripped down to the bottom. Sweet. The post-ride splash in the ice-cold Maitai river, its banks swarming with sand flies, resulted in some lively banter — and plenty of scratching — over beers later, and unquestionably added to the epic-ness of the day. 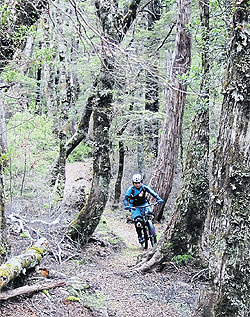 Gaining elevation with a mountain bike comes in several flavours. "Earning your descent", the pedal-powered slog up the mountain, comes with bragging rights but gets old very quickly. At the top-end of the scale, chairlifts and cable cars provide convenience and speed, however on the South Island they are few and far between. Some of the trail heads are accessible by vehicle, but in mountainous areas that luxury is rarely available.

Enter the helicopter. Commonly used throughout New Zealand, they can be arranged on fairly short notice if you know who to call (and our resourceful guide Ben did). Sure, they're an expensive way to travel, but faced with a choice between a six hour hike-a-bike and a 10 minute helicopter flight, lacing up those hiking boots requires a determination few mountain bikers possess. Bikes are roped together and dangle underneath the chopper during flight, and are deposited neatly and with pinpoint accuracy at any destination, in our case a goat trail so narrow I hadn't even noticed it until we touched down.

I was blown away — nearly literally, too. We were flown up the Old Ghost Road track for a wicked 27km downhill (New Zealand's longest) and later that same day to Kirwan's Hut, for an overnight backcountry experience. When completed later this year, the 85km Old Ghost Road will be the country's longest single-track, connecting ghost towns along a long-forgotten gold miner's road. To date, volunteers have clocked up more than 25,000 hours of trail work on it: a shining example of collaboration between local authorities, sponsors and volunteers.

The climate in New Zealand is notoriously fickle. "Four seasons in a day", the kiwi saying goes, and they aren't kidding. Although we generally lucked-out with the weather during our trip, when the last rays disappear behind clouds or mountains, the temperature plummets, and rain is often not far away. Layering up and stripping down quickly become part of one's repertoire of trail skills out there.

Some of the tracks we rode are multi-day hiking ("tramping", in kiwi speak) or biking trails and with camping ruled out by the unpredictability of the weather, shelters are a necessity, and these come in the form of mountain huts. They may not be quite as iconic as the omnipresent sheep, but there are over 900 of these on the South Island alone, and their often vivid colours and stunning surroundings make them exceptionally eye-catching. Amenities are basic but the sunset view from the grassland in front of Kirwan's hut awed us all into silence. The descent on Kirwan's track the next morning, probably the gnarliest trail we rode out there, made it all the more memorable.

There was no shortage of other highlights too. The Queen Charlotte track is set in the spectacular Marlborough Sounds and includes an overnight stay in Lochmara Bay, accessible only by boat. The mostly downhill Rameka track starts from the Canaan Downs — the scene of the hobbits leaving the Shire, we were told — and ends in the one-street hippie town Takaka. In the shadow of Mount Cook (New Zealand's highest mountain at 3,754m), the guides' "secret tracks" overlooking the turquoise serenity of Lake Tekapo and Lake Pukaki take the award for finest panorama. And, on Coronet Peak above Queenstown, Rude Rock and Zoot Track await, the latter of well-earned legendary status following its appearance in mountain bike movie Follow Me.

Its isolation and astonishing biodiversity make New Zealand a remarkable destination. The South Island is a giant playground for lovers of the outdoors, and the list of activities is long: kayaking, rafting, cycle touring, hiking, a multitude of extreme adventures — some of which make bungy jumping look tame — and, of course, mountain biking.

Joris Laperre is a Belgian mountain biker based in Bangkok. 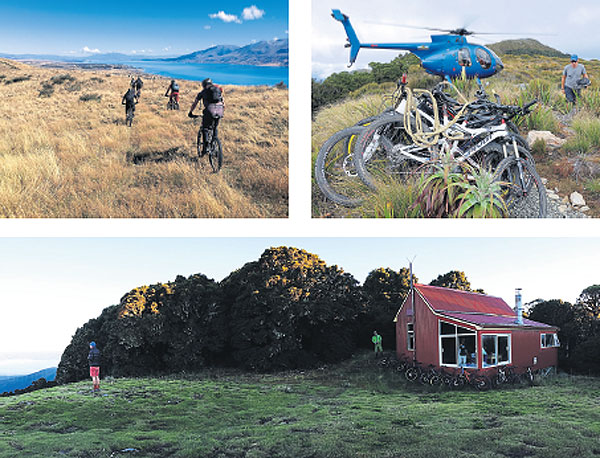 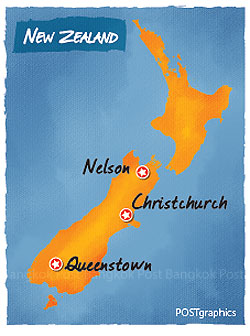