Before dawn, drum beats and music fill the valley of Mae Hong Son. It acts as a morning alarm that wakes up the town dwellers to prepare for the big event. 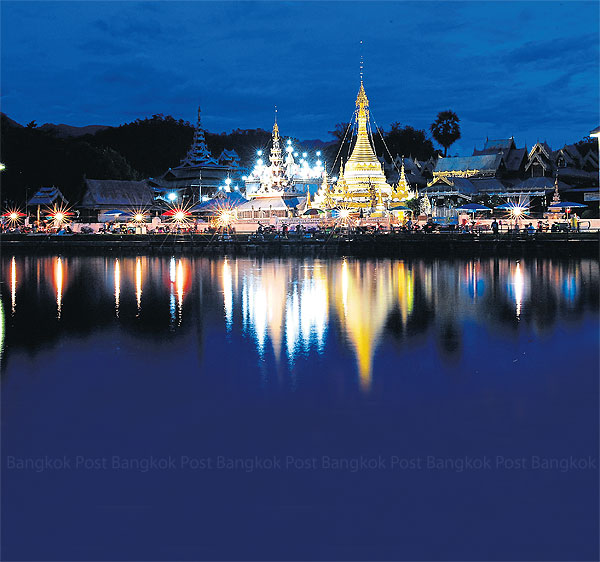 Darkness is falling when Wat Jong Kham and Wat Jong Klang, two major temples situated next to each other, turn on the lights to illuminate the area. The evening market by the pond turns the sleepy lane into a walking street.

Every March or April, the "Poy Sang Long" festival is held; a well-known local tradition when a boy, between eight and 10 years old, is ordained in the Shan style. Novice-to-be boys, or sang longs, dress up in colourful traditional attire, with fans and ornaments, to imitate Prince Sithattha before setting out on his religious path.

They roam around the town and visit relatives, who all participate in the ceremony and contribute part of the budget in making merit together. But sang longs do not walk or stand on the ground. They are carried around on the shoulders of their older male relatives.

Some people have been collecting money for years for this particular purpose. The average expense of a novice ordination, including attire and catering, can reach 20,000 baht.

"I prefer to make merit with novices anyway. He is innocent. While monks are grown up men who sometimes enjoy life and forget to practice dhamma," Suphan Chaolekha says, as she prepares stuff for her grandson Sonaphat Chaolekha.

Sonaphat is a fat boy. He is only eight years old, but is already 42kg. The hot and humid weather of March makes him sweaty and uncomfortable, but he is willing to be part of the local tradition, as long as he can eat all the sweets and snacks.

"Next year, he will be too heavy and no one will be able to carry him," Suphan says, laughing.

The ceremony has taken place for centuries and been passed down through the generations in this sleepy town at the northwestern edge of Thailand. Here, old traditions, religious festivals and merit making remain a priority in life.

Walking under the shade of big trees, I stroll through backstreets and realise the town has not changed much from when I first visited, two decades ago. Though there are some hotels that have closed and new bars popped up, it remains a sleepy town.

"Yes, it's changed a lot," Saowanee Wannasiri, 75, says, as she shows me a picture of the town from around 80 years ago. The dusty road was lined with teak wood houses. Another picture showed a man handing something to His Majesty the King.

"That is my father. The King visited Mae Hong Son in 1961. Fortunately, back then we had just bought a compact camera from Chiang Mai at 1,300 baht. It was quite expensive at the time. My monthly salary was only 500 baht."

If you visit Mae Hong Son's Living Museum, you will learn that the town has indeed changed a lot over the decades. Today, teak houses have been replaced with concrete blocks, hotels, guest houses, restaurants and coffee houses.

"There are, however, nine wooden houses that have survived the change. There are also numerous Shan-style temples and local cuisine worthy of your visit to this town," Pailin Veerakulwong, a staff member at the Living Museum, explains before taking me to explore her town.

After visiting some beautiful teak houses, Pailin leads me through a peaceful back road and greets a shop owner.

"This is the best Shan sweets outlet in town, in my opinion," she says. An old lady shows up, cuts pieces of Shan sweets in small cube shapes and packs them in banana leaves.

"This white custard-like piece is called alawa. Peng mong is a rice cake with coconut milk while suay tamil is that sweet brown sticky rice. All are made in a traditional way and baked in a charcoal oven, like decades ago," Manee Iam-krasin, the shop owner, explains. I sit in a coffee house and finish all the sweets within minutes. They are very good served with afternoon iced coffee.

At twilight, the sounds of the drum beats remain in the air. The male relatives who were carrying the sang longs around all day are still dancing, while Buddhists are busy preparing stuff for the next day's ordination. Tomorrow, the colourful parade will block the whole town and Mae Hong Son will be filled with a festive atmosphere.

Then it will be very quiet and life will go on at very slow pace, as usual. 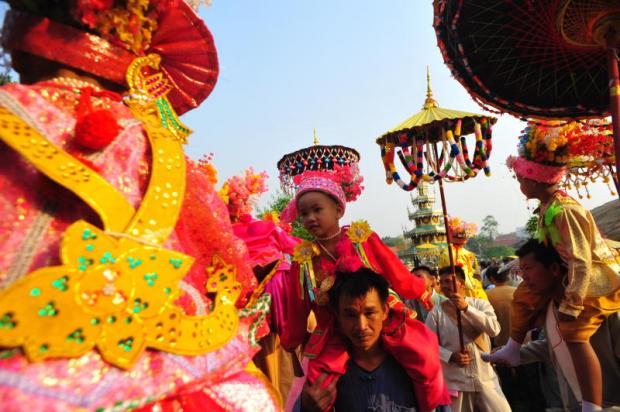 Sang longs and their carriers dance before ordination. 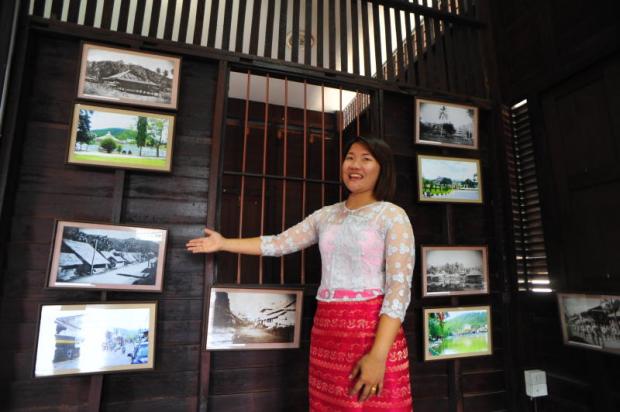 If you want to learn more about Mae Hong Son, the Living Museum is a good place to start. Pailin Veerakulwong is just one of the many staff members on hand to explain about the lifestyle, traditions and architecture of the town. 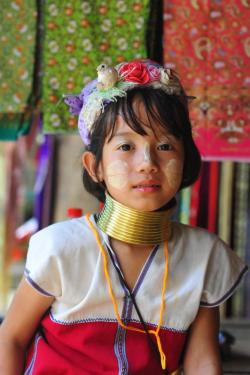 Misu, seven, a Padaung girl, poses for the camera at Ban Huay Sua Thao, 20km from Mae Hong Son town. There are some 20 Padaung families living there. They earn money from selling tourists souvenirs and clothes from Myanmar, and handicrafts. Padaung females wear brass neck rings as an expression of traditional beauty. You can find them if you visit Mae Hong Son fresh market. 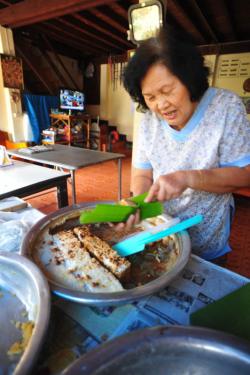 You can find the town's best Shan sweets at 9 Pradit Jongkham Road. Manee Iam-krasin has learned from her mother how to cook Shan sweets. 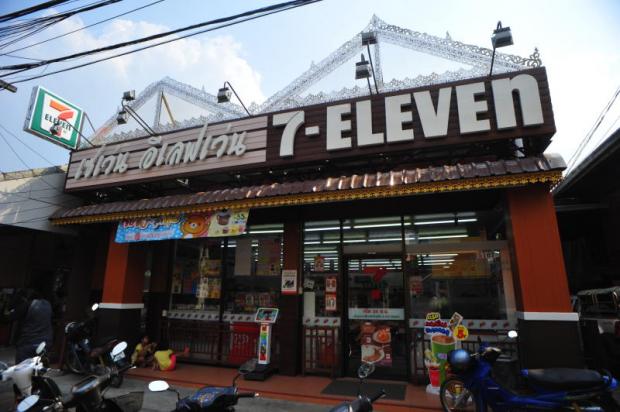 A convenience store decorates its gable with perforated metal sheets, in a bid to blend in with the Shan-style architecture of Mae Hong Son town. 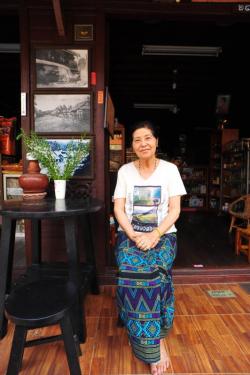 Saowanee Wannasiri sits in front of her teak shophouse built by her father in 1937. Her house is among one of the few teak houses in town that tourists are recommended to visit. Her father worked for the Bombay Burma logging company. 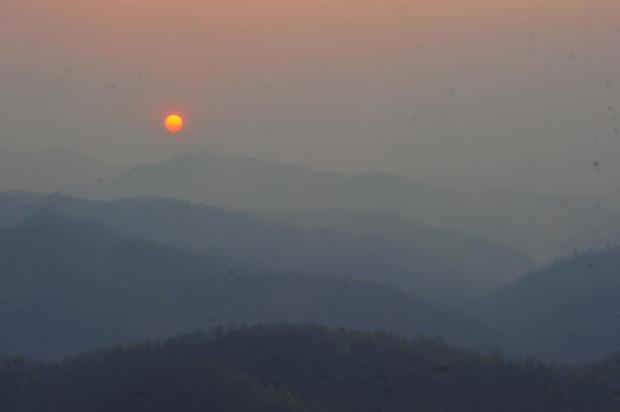 Seen from Mae Hong Son's landmark temple Wat Phra That Doi Kong Mu, the Sun sets over the mountainous landscape. The province is known for its misty atmosphere all year round; rain clouds in the rainy season, fog during the cold season and haze from wild fires during dry season. 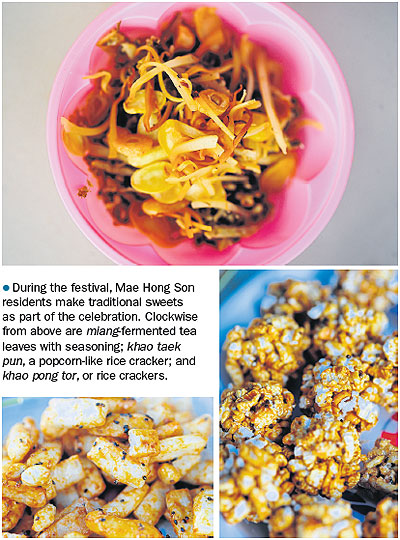 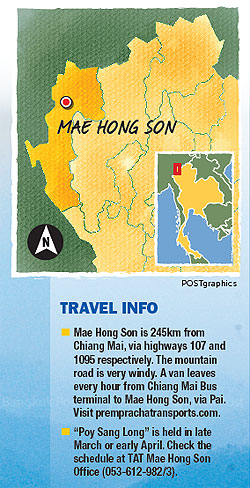